Ed On The Move – Rotterdam To Bremen

PeloPic: Ed Hood arrived in Rotterdam for the final night of the ‘6 Day’ to see Kenny De Ketele and Moreno De Pauw take the honors. Then the whole show had to hitch up and move on to Bremen for the next six days of action. 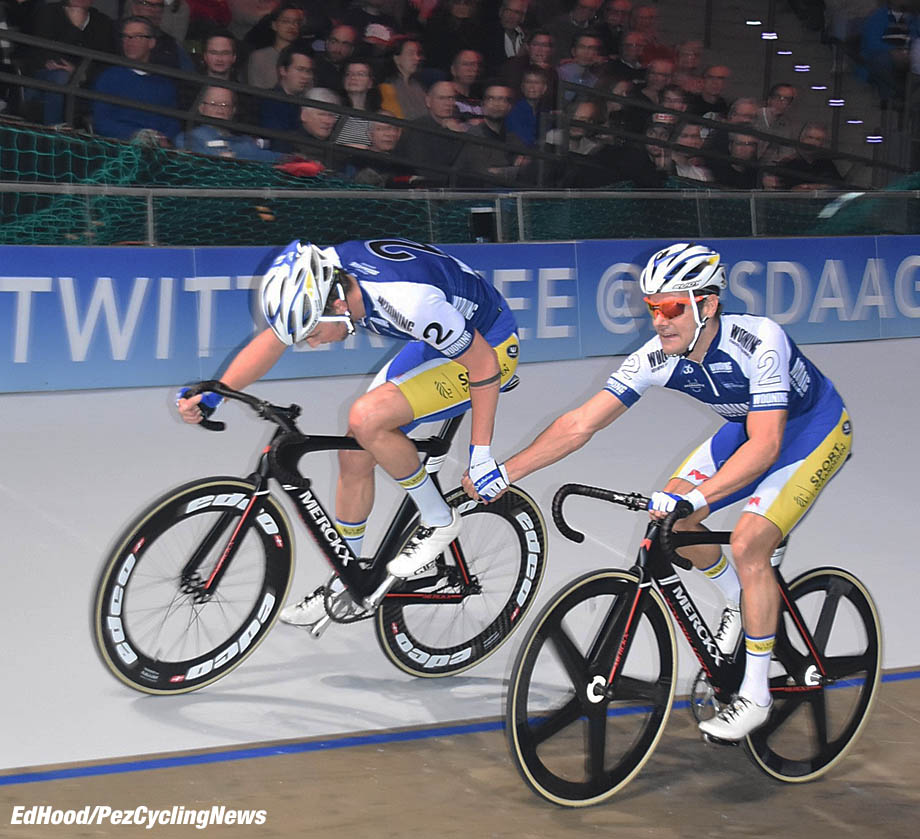 Rotterdam and the first six day of 2018 saw Belgians Kenny De Ketele and Moreno De Pauw pick up where they left of November in Gent. But doubling their winning margin to FOUR laps from two in Gent – yawn! 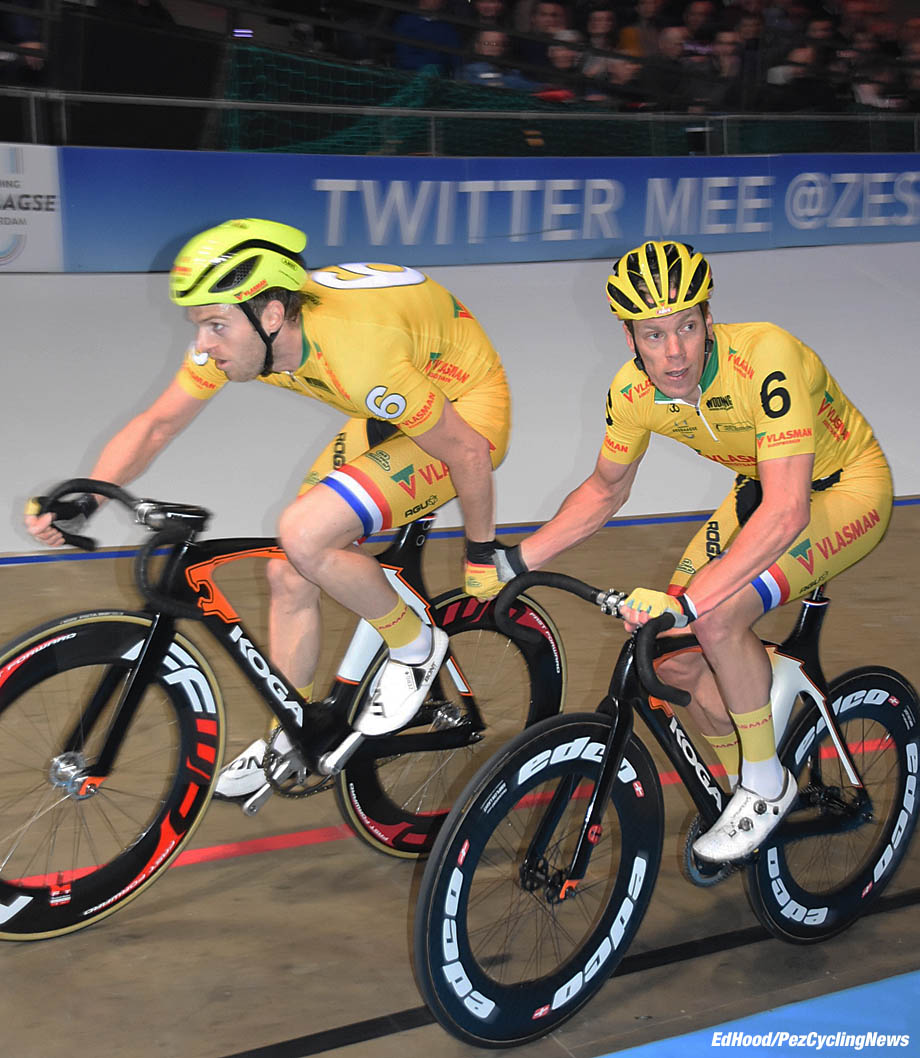 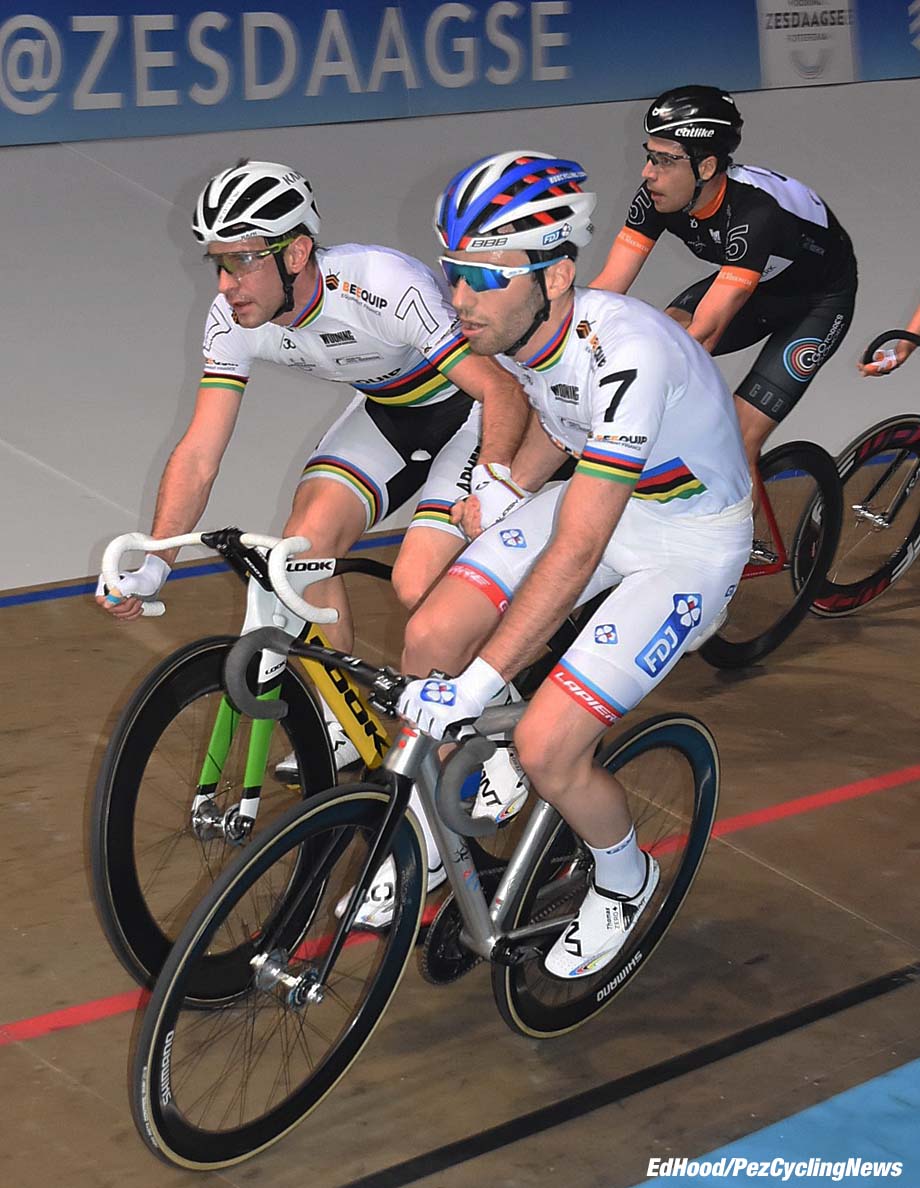 Next up comes Bremen on that tight little bahn. . . 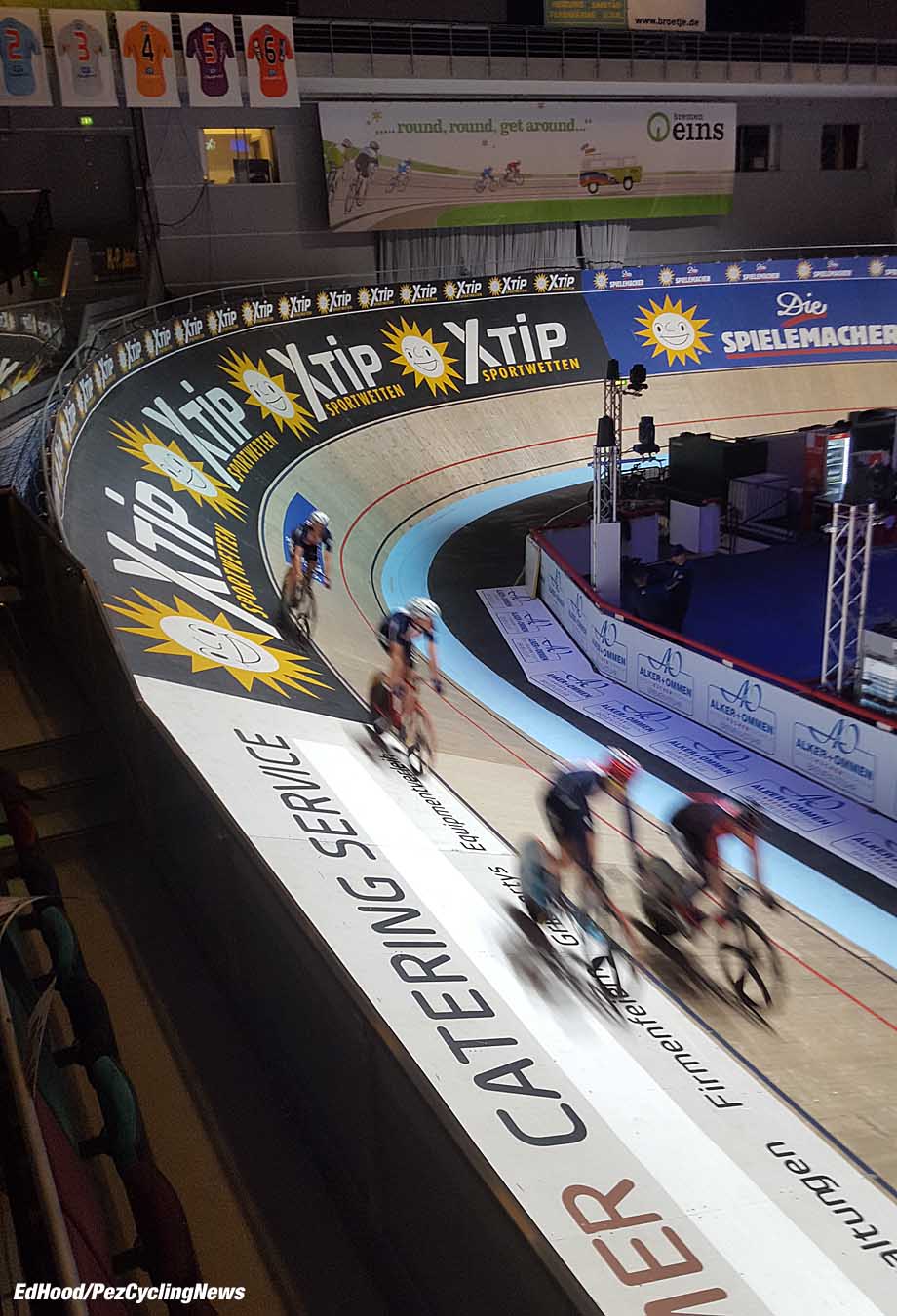 The first laps of the Bremen track on Thursday evening

The circus moves 400 plus kilometers north to the huge seaport of Bremen and the Messe – exhibition centre – for the “party six day” with food, drink and DeeJays competing with the Dernys for the punters’ Euros. 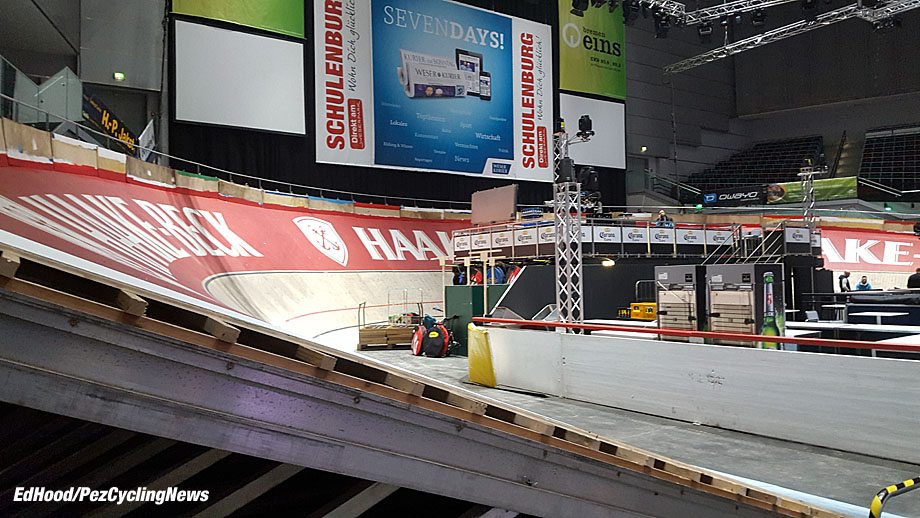 It was finished in time for the ‘6 Day’ 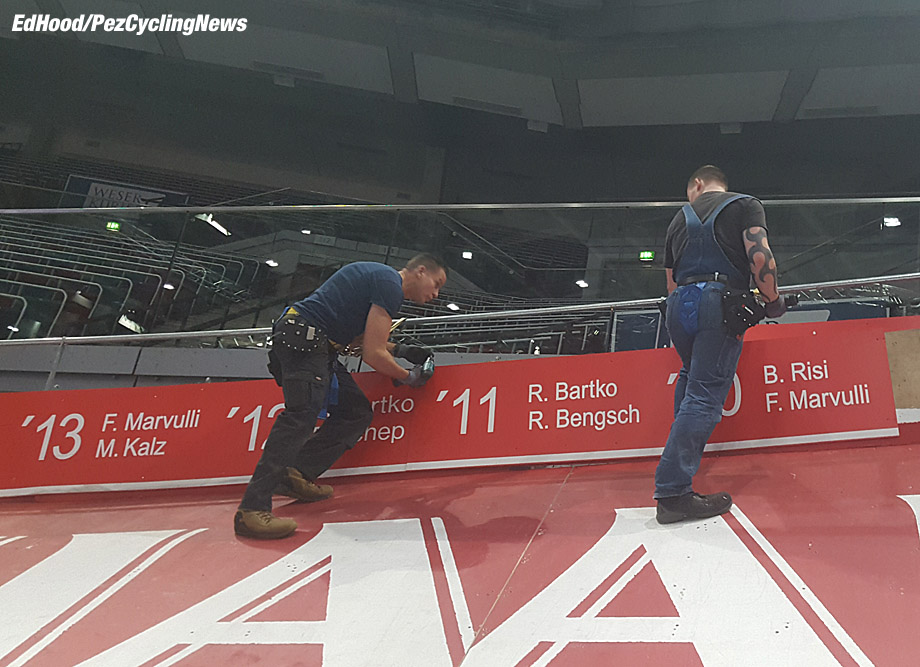 PEZ is here and will be keeping you in the ‘road to nowhere’ loop for the next six days. 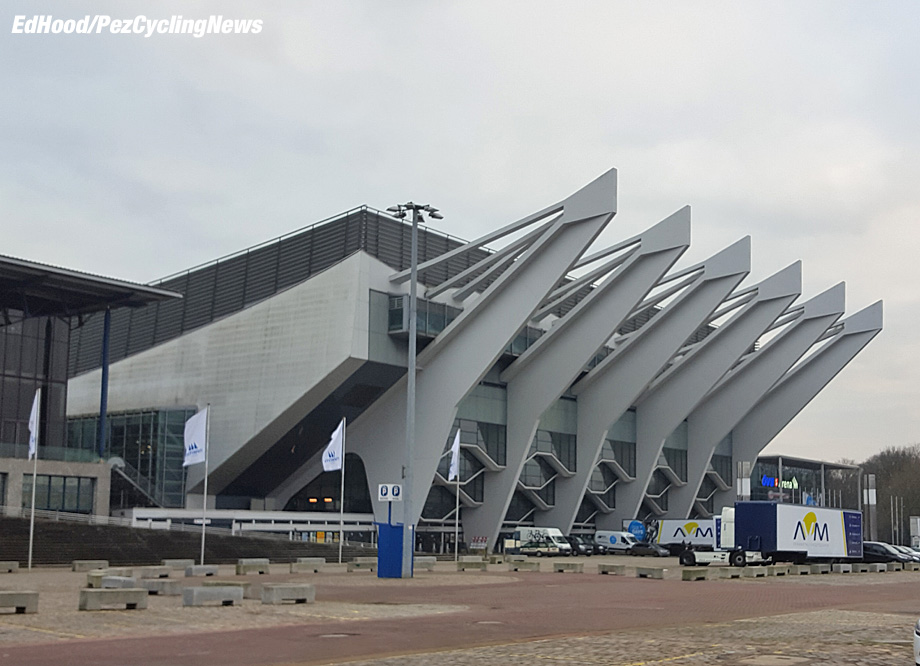 On The Road With Quick-Step Floors 2018