OVO Energy Tour of Britain Stage 1 PeloPics: Fresh from his visit to the Vuelta a España, Ed Hood had a more local assignment last weekend – The start of stage 1 of the OVO Energy Tour of Britain in Glasgow. The 70 kilometres from Ed’s house to the start of the British Tour was much easier than the 2,000K to the Vuelta salida in Alicante, but it was just as much fun. 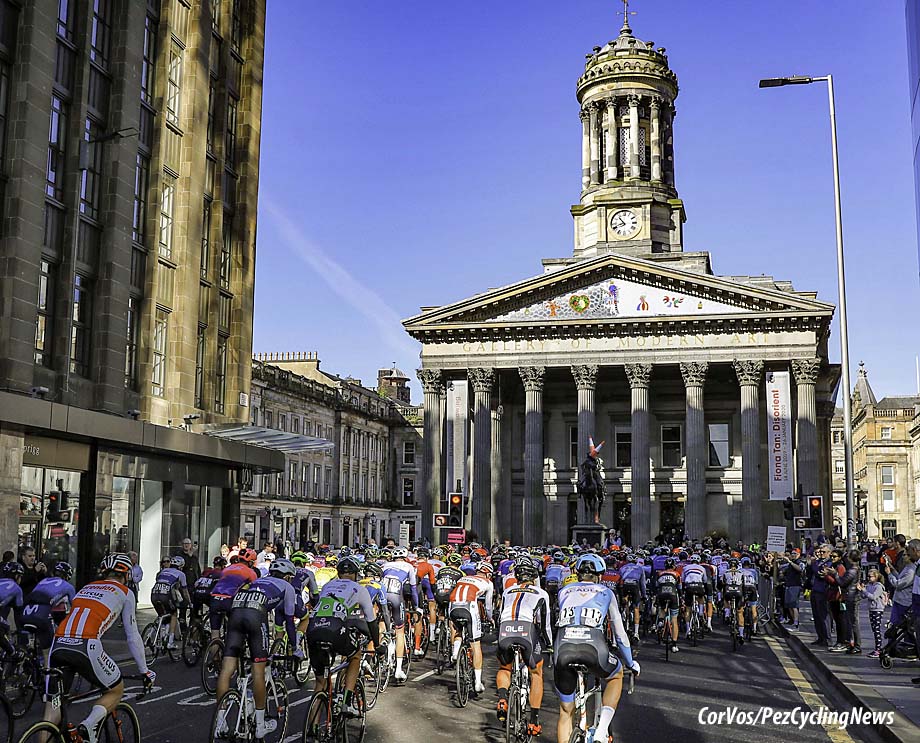 Glasgow, The Dear Green Place, George Square on a Saturday morning with the sun shining – not much more one could ask for. With the icing on the cake being some of the world’s best cyclists about to start the 2019 Tour of Britain. Dave and I went through for a meander around the busses and took a few snaps in the process. . . 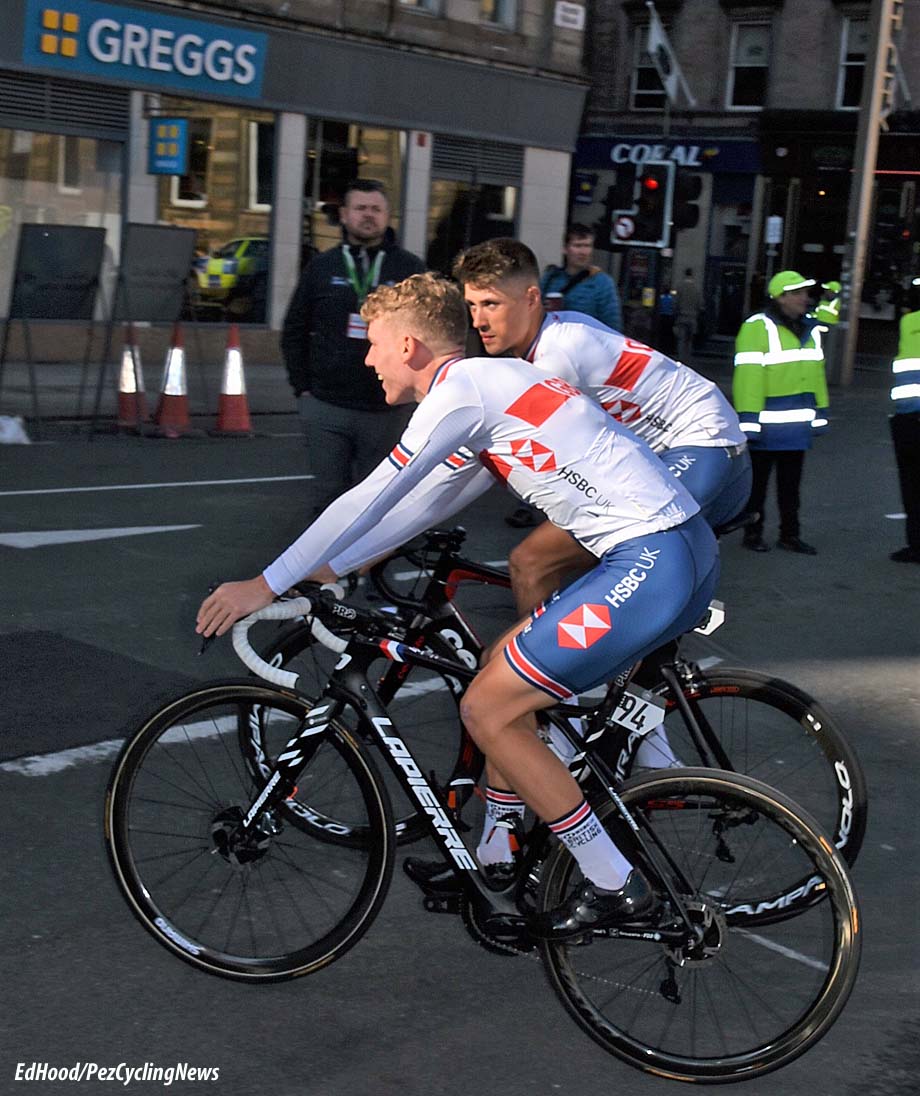 Could Gregg’s sausage rolls be the secret of GB team man Jake Scott’s success, this year? Riding for Equipe Continentale Groupama-FDJ – check out that nice Lapierre – he’s had some strong results this season, not least third in the U23 Tour of Flanders and eighth in the U23 Paris-Roubaix. 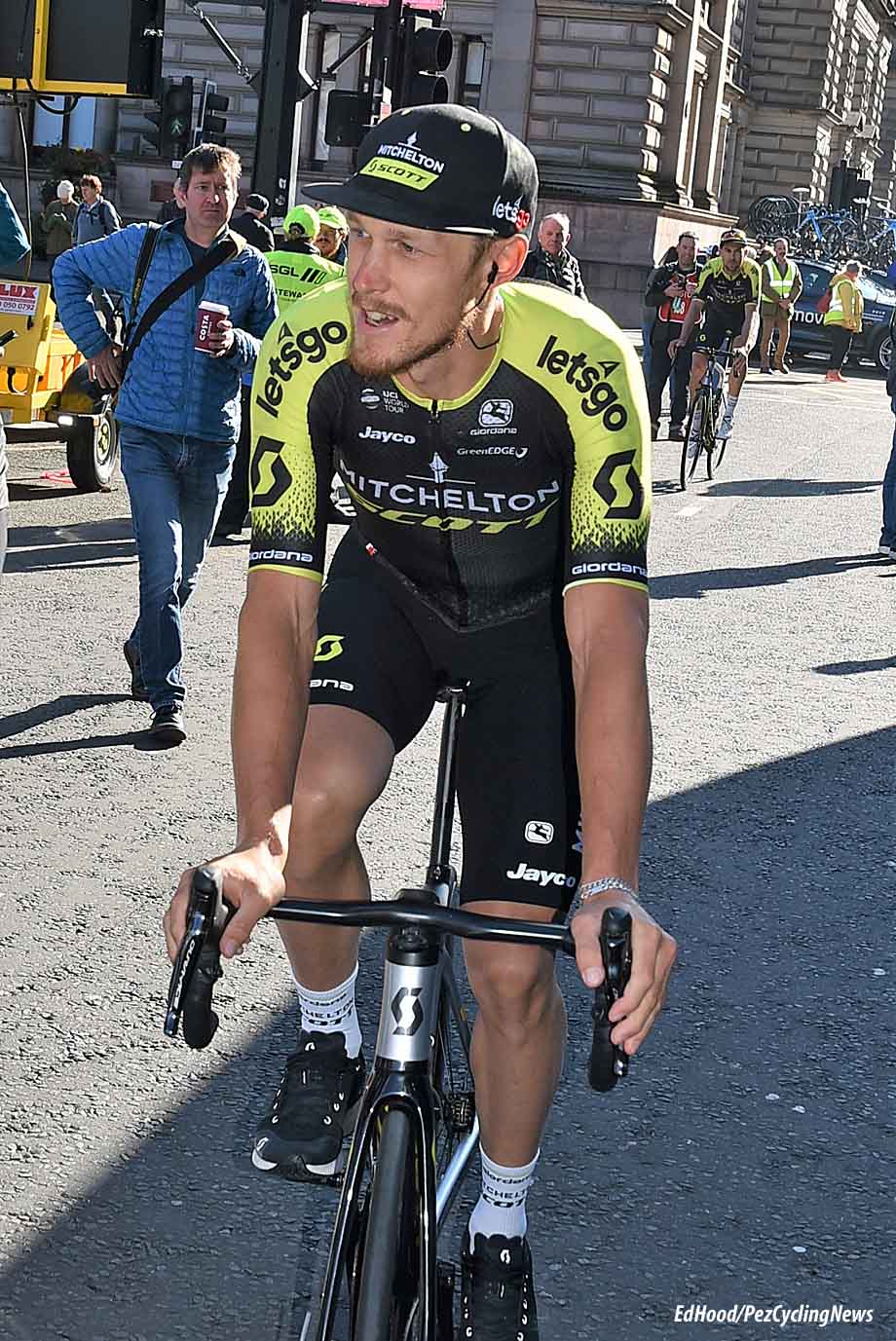 Matteo Trentin (Mitchelton-Scott and Italy) likes Glasgow, he won the European Road Race Championship in Glasgow Green, last year and this year won this very stage, which finished in Kirkcudbright. One of the few to leave Quick-Step and ride even better. 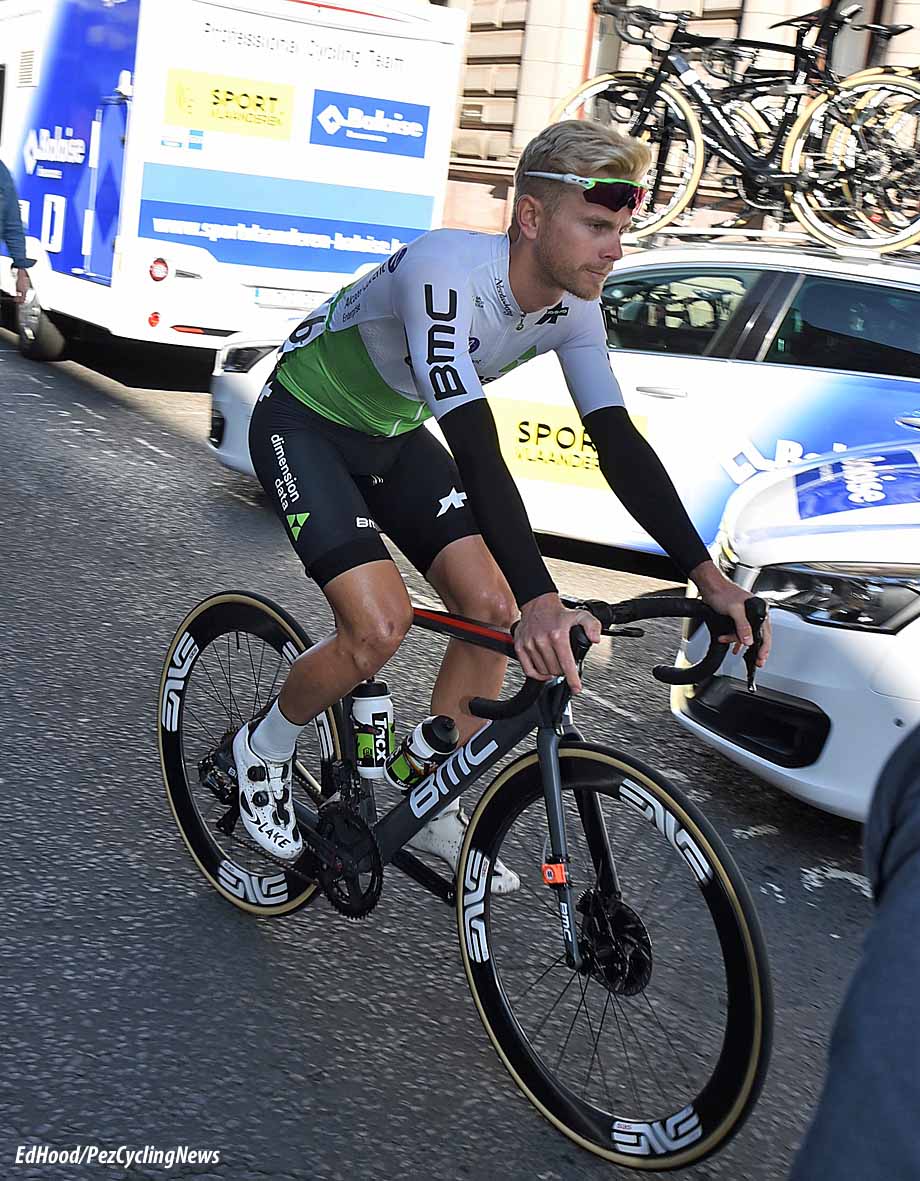 Julien Vermote (Dimension Data and Belgium) whilst still having the trendy haircut has done little since he left the ‘boys in blue’ at Quick-Step. Morale at Dimension Data can’t be good with wins few and far between and more than one of the squad close to or past ‘sell by.’ 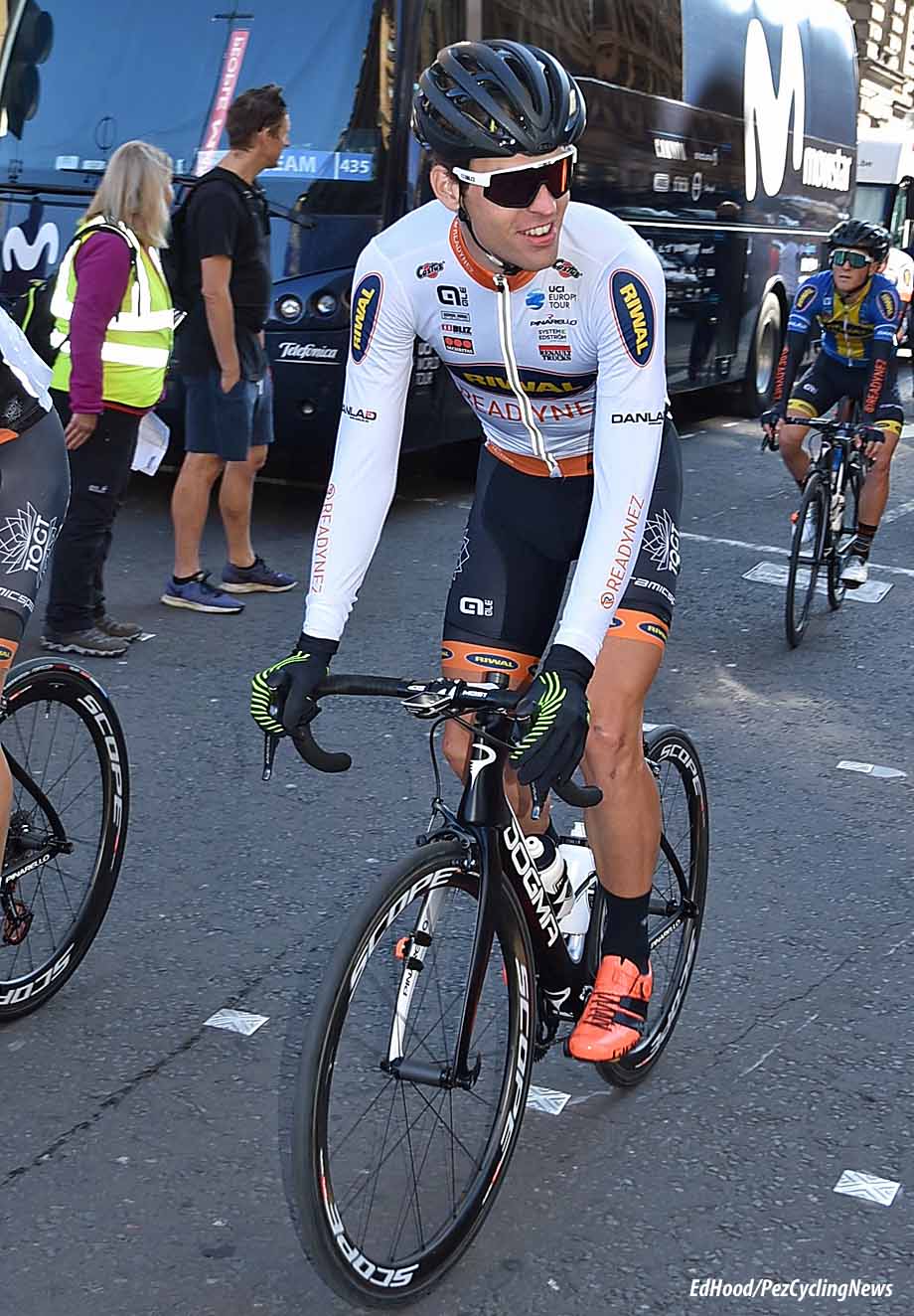 We were interested to read in ‘The Comic,’ aka ‘Cycling Weekly’ that Riwal-Readynez is a ‘relatively obscure team;’ as well as his Tour of Yorkshire stage win Dane, Alexander Kamp won the points classification in the Coppi e Bartali, the GC in the Circuit des Ardennes International and has been signed by Trek-Segafredo for 2020. 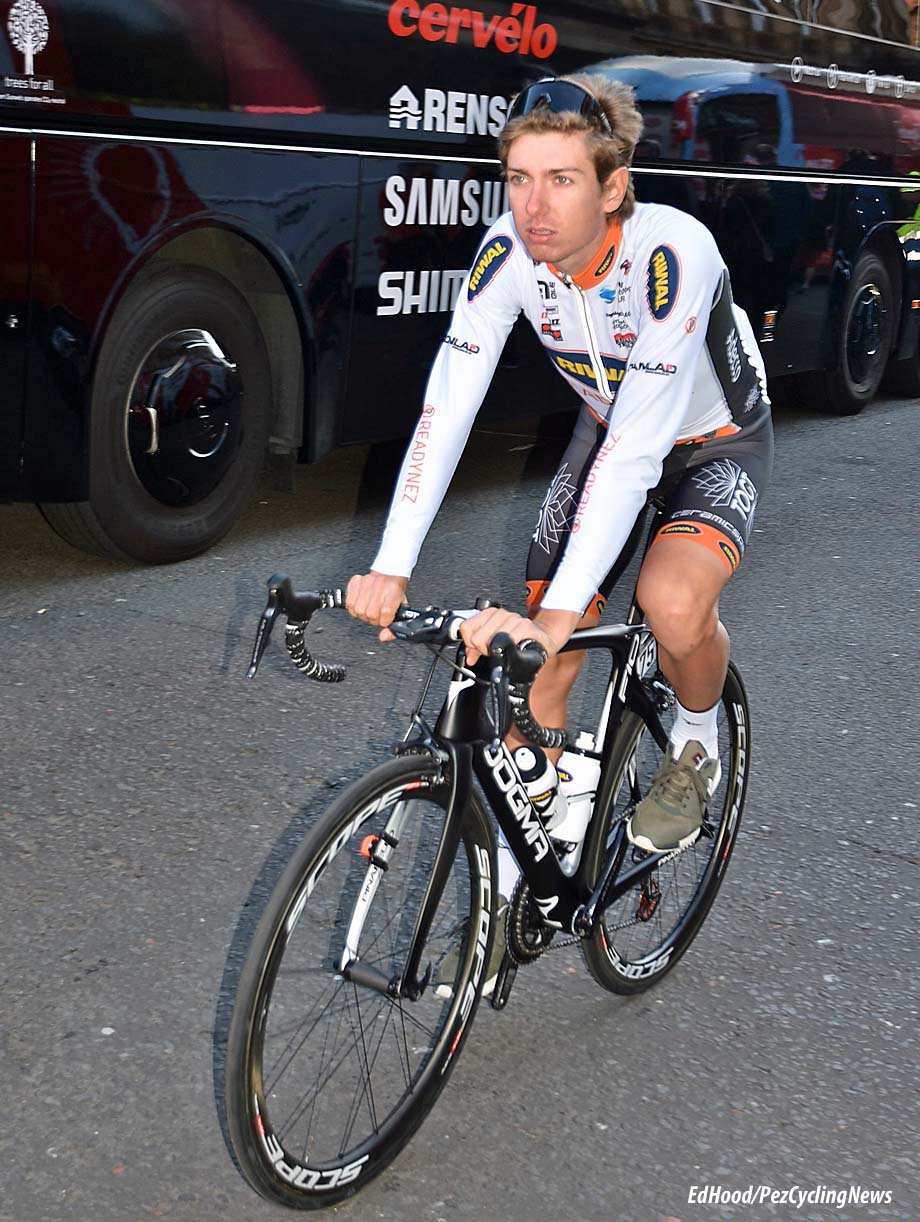 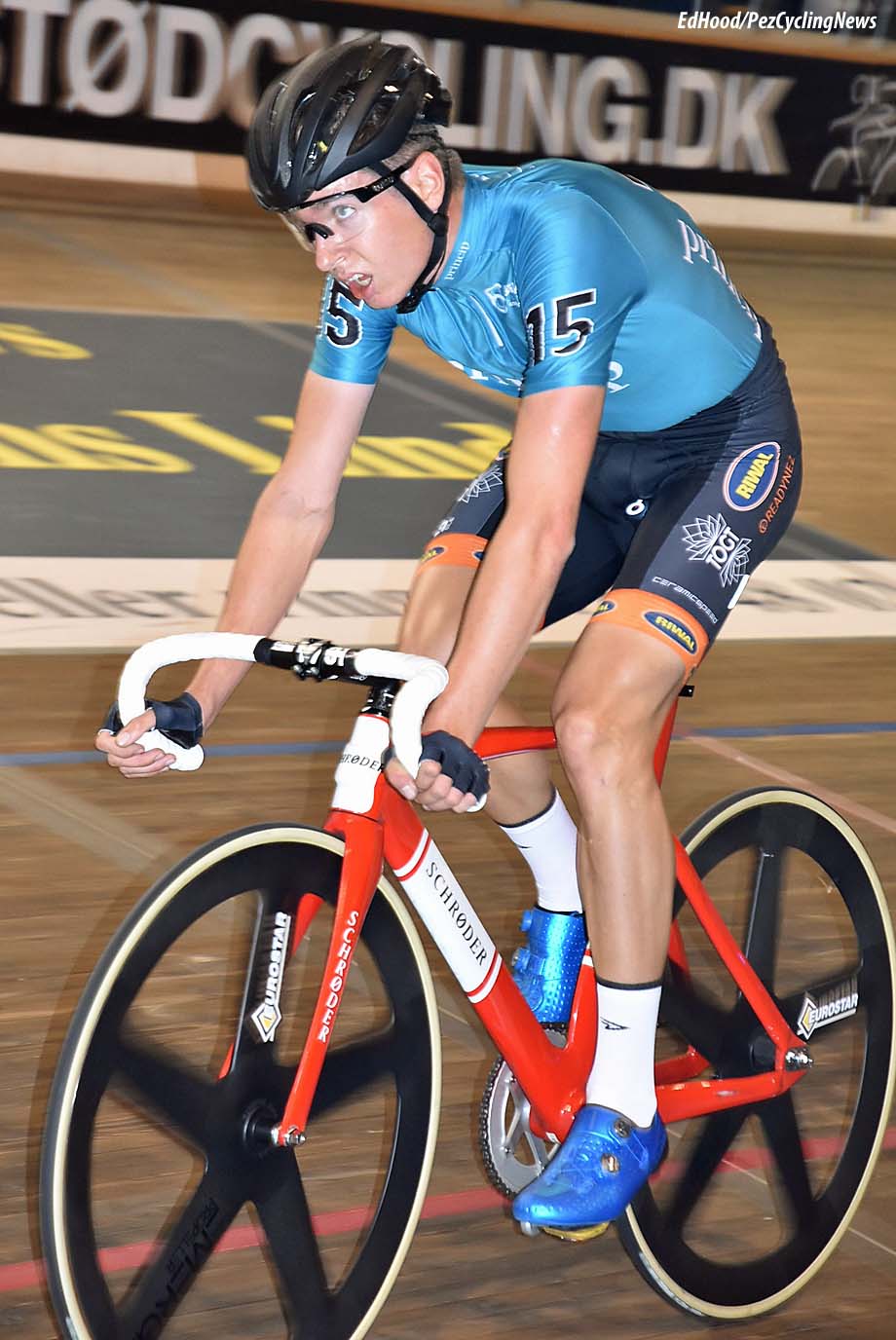 And team mate, fellow Dane, Andreas Stokbro won the U23 Tour of Flanders. Stokbro has also been very competitive these last few seasons in the Copenhagen Six Day. 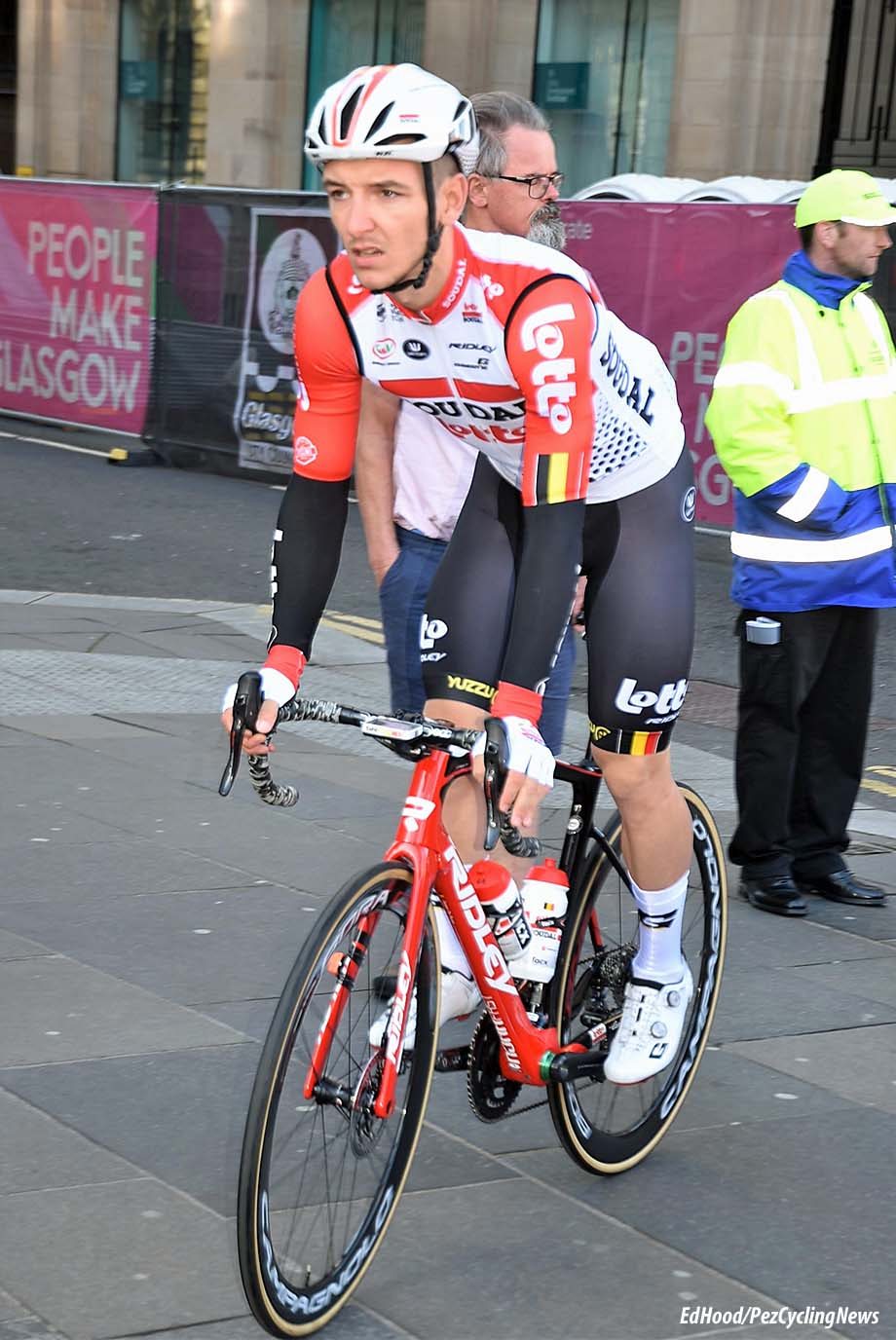 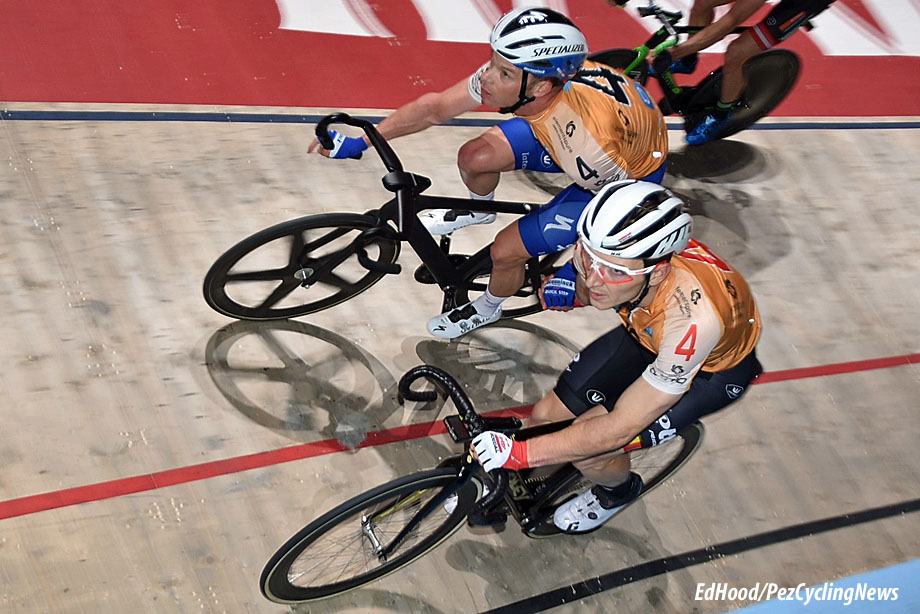 Another ‘Man of the Sixes’ rides this Tour of Britain, Belgian sprinter, Jasper De Buyst (Lotto Soudal) a multiple Belgian and European Champion on the track across just about every discipline from ‘novice’ upwards, he’s won sixes in Grenoble, Ghent and Bremen (picture shows him in action with Iljo Keisse in Bremen). He’s been around for what seems ages but is still only 25 years-old; he won a stage in the Tour of Denmark this year and over the last few seasons has had some nice wins in races like the Frank Vandenbroucke Memorial and Stad Zottegem. 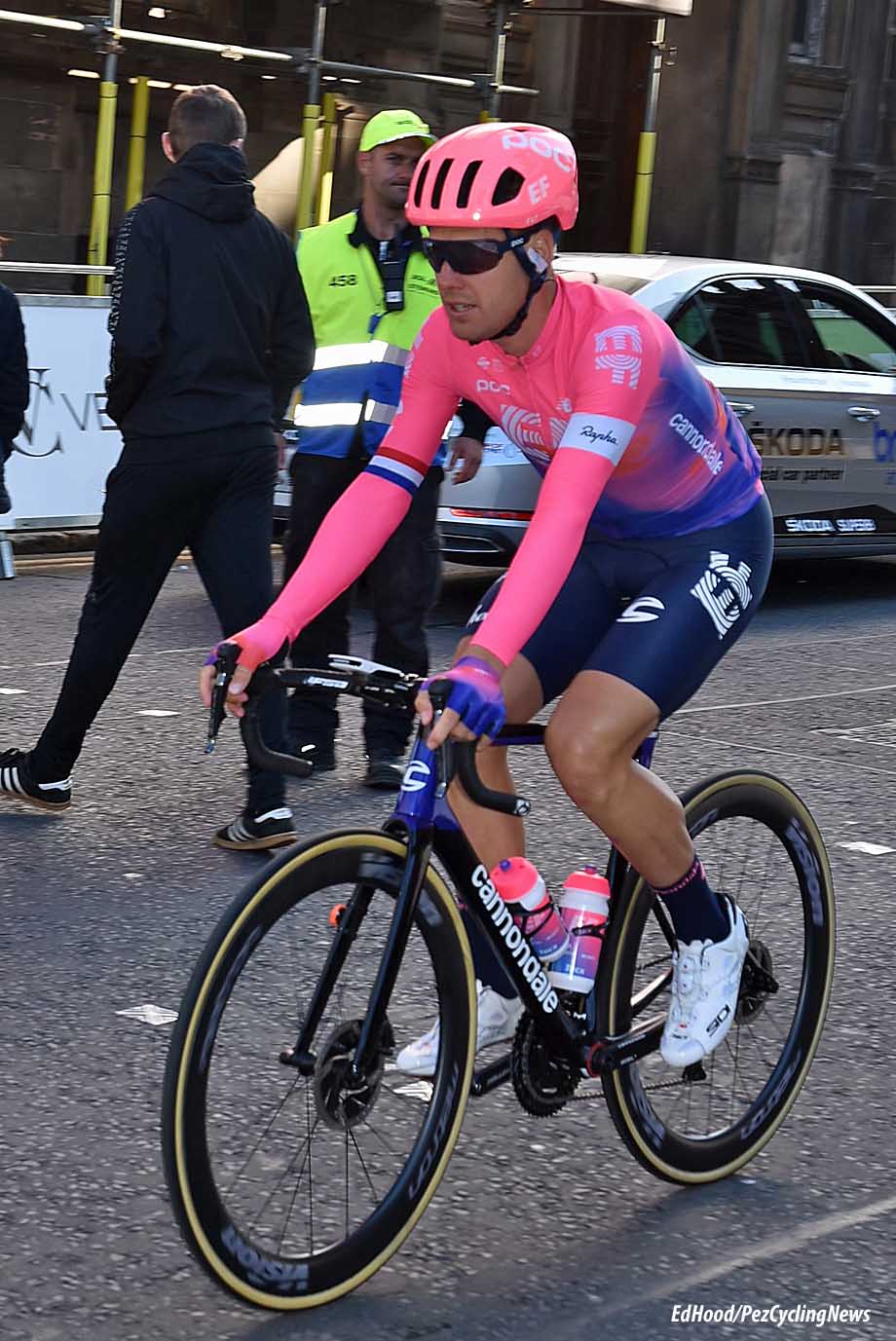 A man who you perhaps wouldn’t associate with the six days is ever-aggressive EF Aussie, Simon Clark who was second this year in the Amstel Gold Race. But Clarke, like so many of the top Australian riders, started off as a track man; he was in the Australian team which won the world junior team pursuit championship back in 2004. And I first came across him at the Grenoble Six Day in 2006, whereas a high performer on the U23 six day scene he was given a ride in the pro six. He’s covered a lot of ground since then, including king of the mountains and two stage wins in the Vuelta. 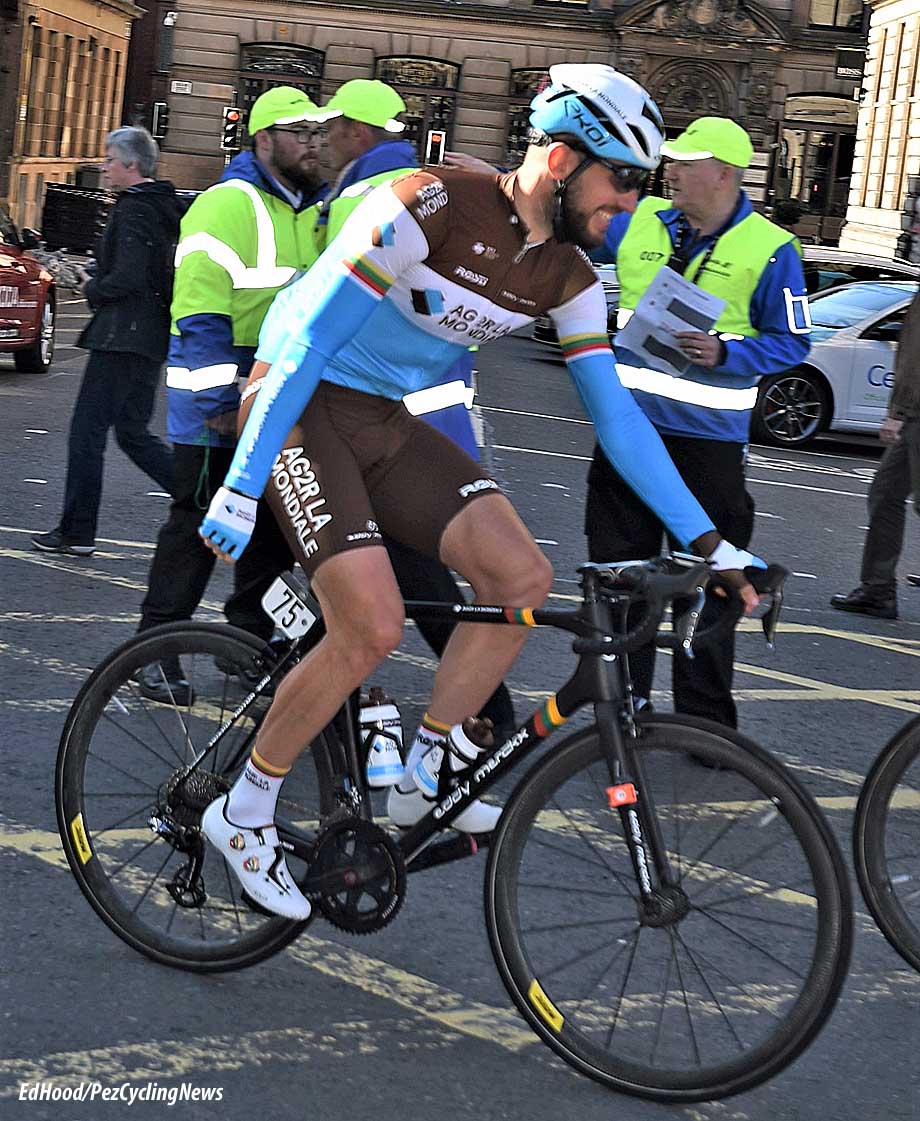 Another man I remember from the ‘old days’ when Viktor and I used to hang over the kermis barriers, is AG2R’s former Lithuanian Road Race Champion and reigning national Time Trial Champion, Gediminas Bagdonas. The big, tough man did it the hard way, riding the Belgian kermis circuit until he caught the eye of AN Post from where he moved up to WorldTour AG2R. 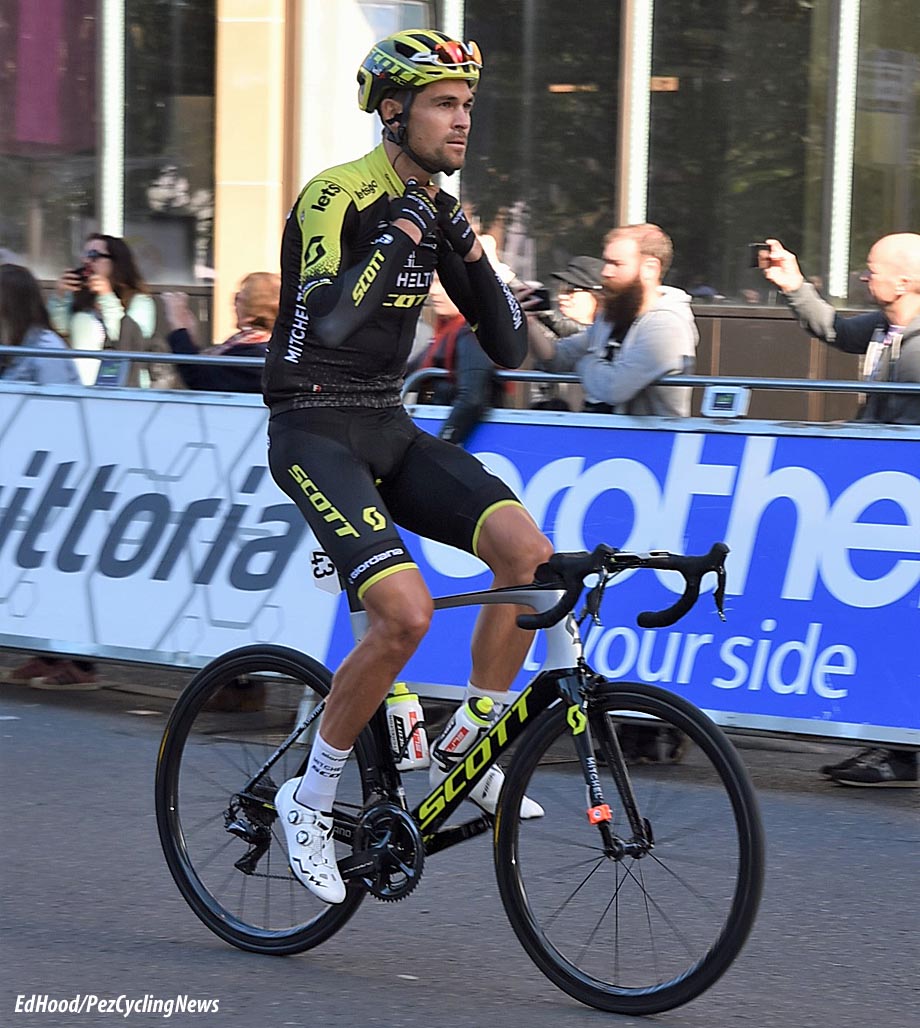 Another man who came up through the kermises is big, handsome Kiwi, Jack Bauer who made a name in the kermises, was grabbed by Brian Smith for Endura, then went to Garmin through the team’s various incarnations before joining Quick-Step and is now a key part of the Mitchelton-Scott machine. 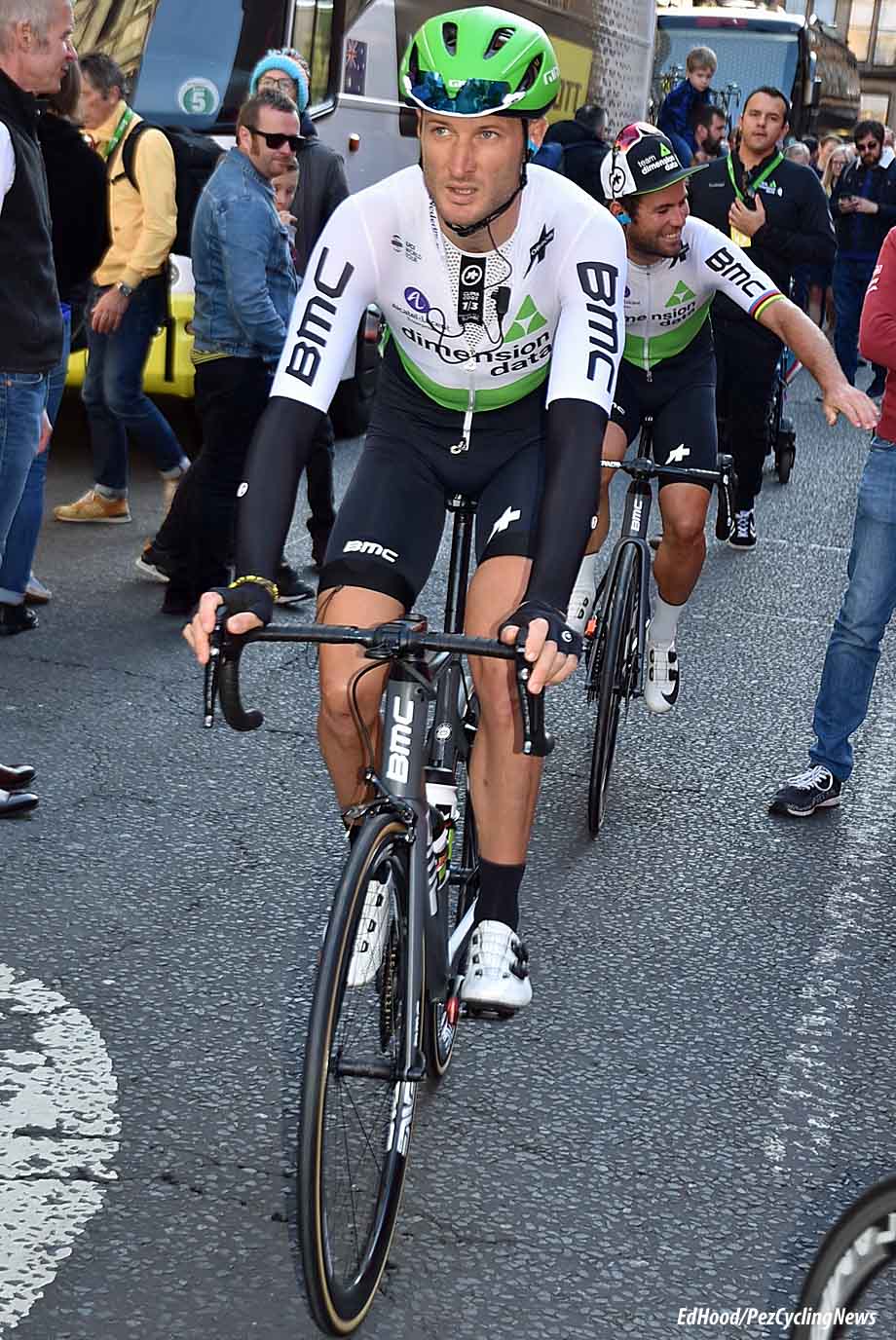 It’s not been Stevie Cummings or Cav’s best year – not helped by Dimension Data’s lack of wins – and inevitably, morale. Neither man has anything left to prove in this sport. . . 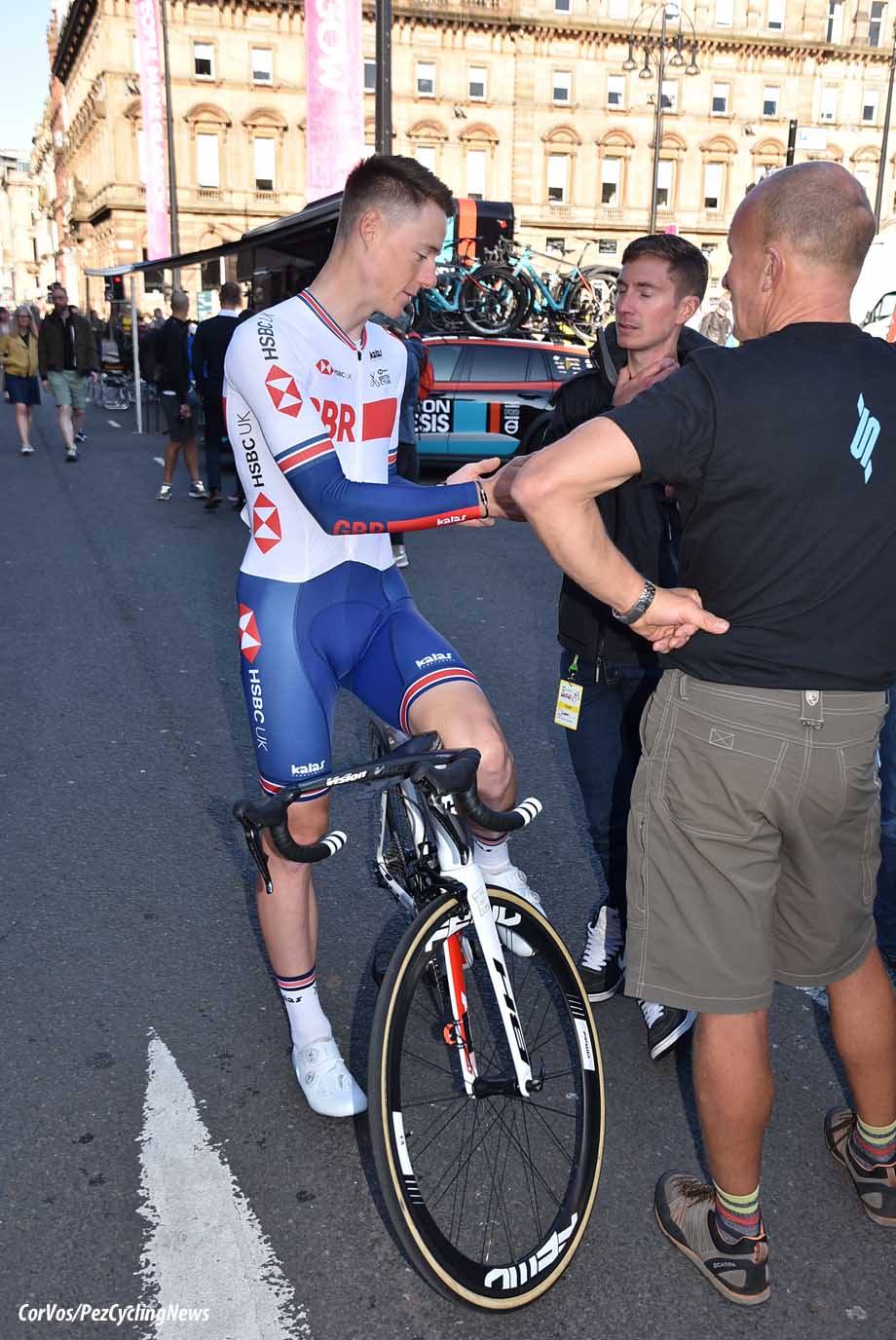 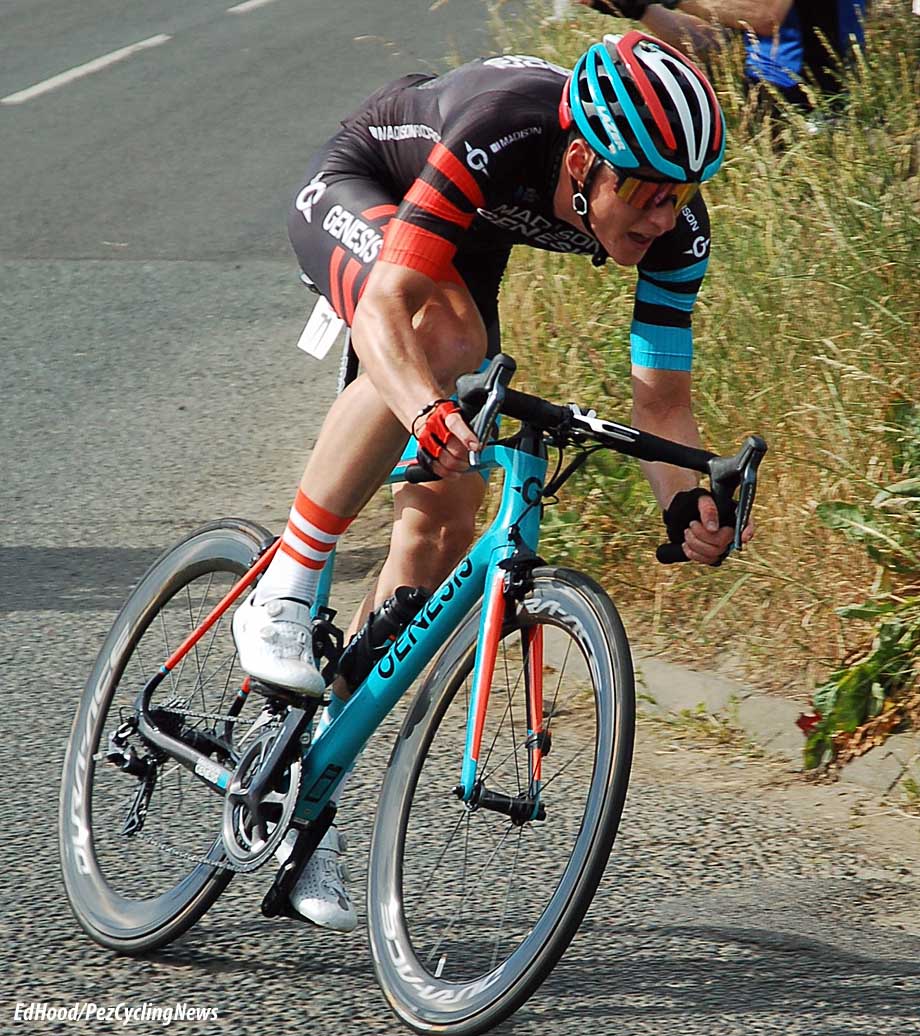 Last year’s National Champion Connor Swift – PEZ was right there when the winning move was made – riding for GB here but a team mate of the likes of Warren Barguil and Andre Greipel at Arkea Samsic. 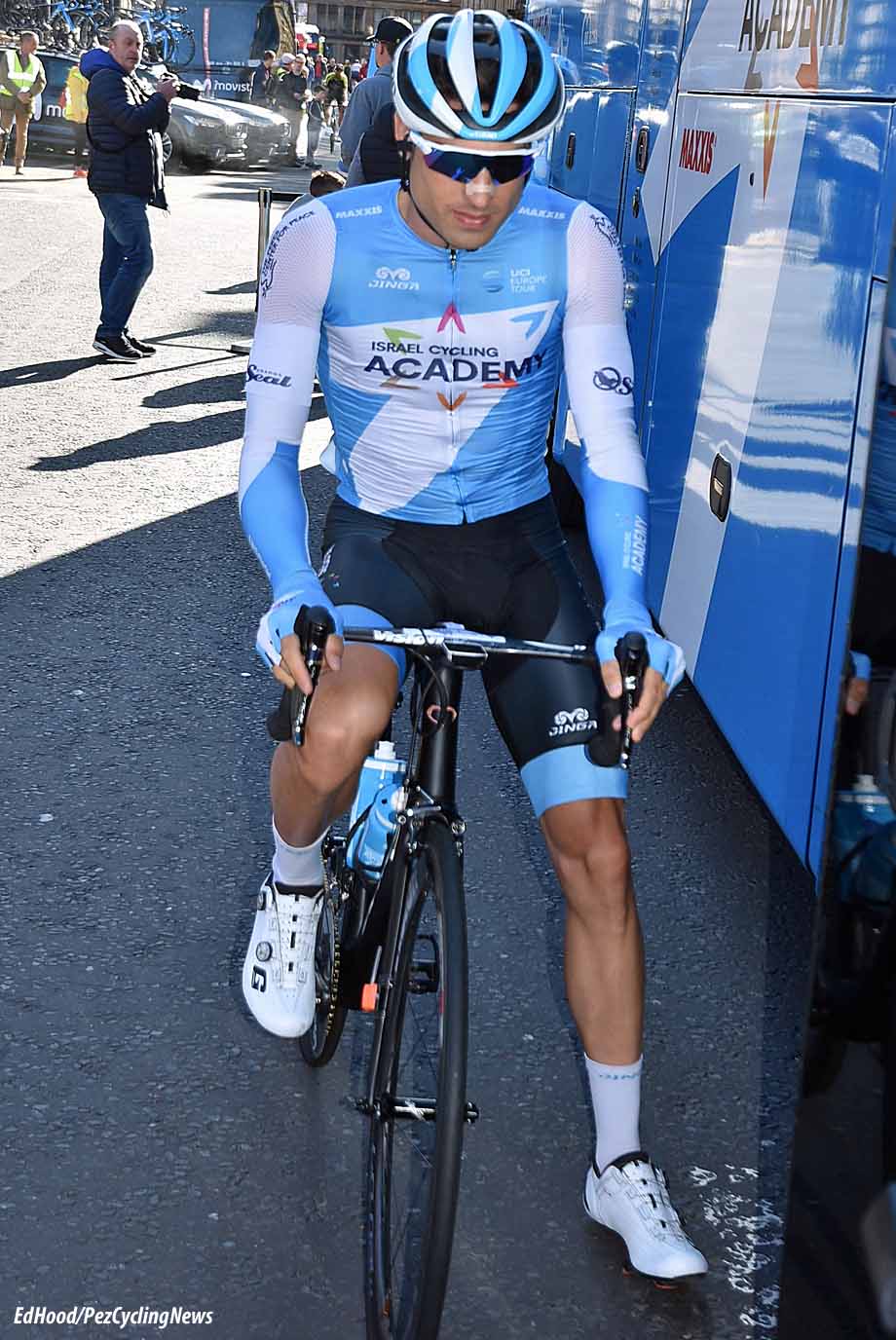 David Cimolai (Israel Cycling Academy and Italy) hasn’t had a bad season, winner of two stages and the GC at the Vuelta a Castilla y Leon and a stage in the Tour of Wallonie – and at the time of writing; second, third, fourth and fifth places on four of the first five stage of this race. 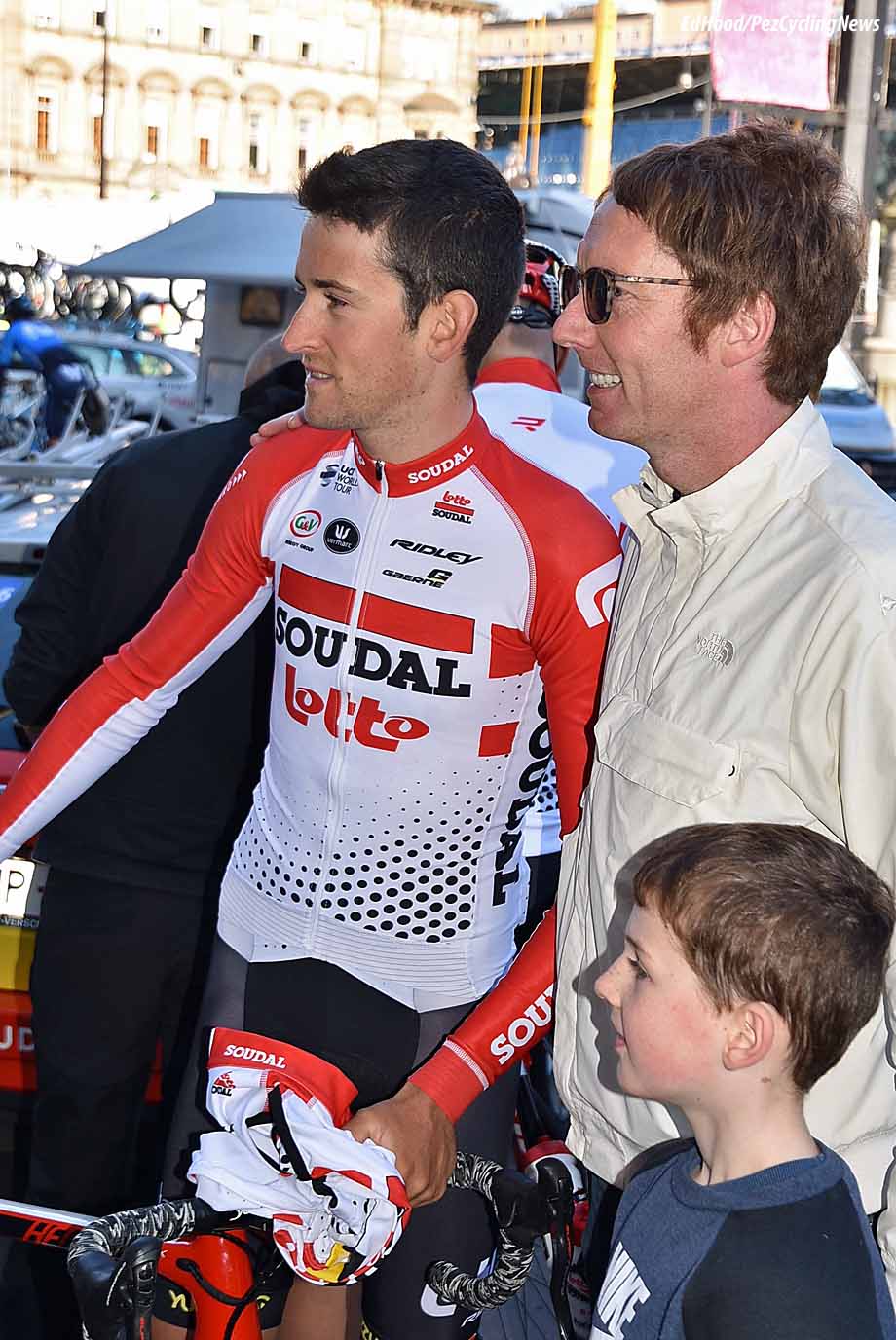 With fifth in the 2015 Tour of Flanders as a neo-pro, we thought Tiesj Benoot (Lotto Soudal and Belgium) was destined for the very top – but apart from a brilliant win in the Strade Bianche, last year he’s remained a ‘nearly man’ – always there but never quite grabbing the cigar. 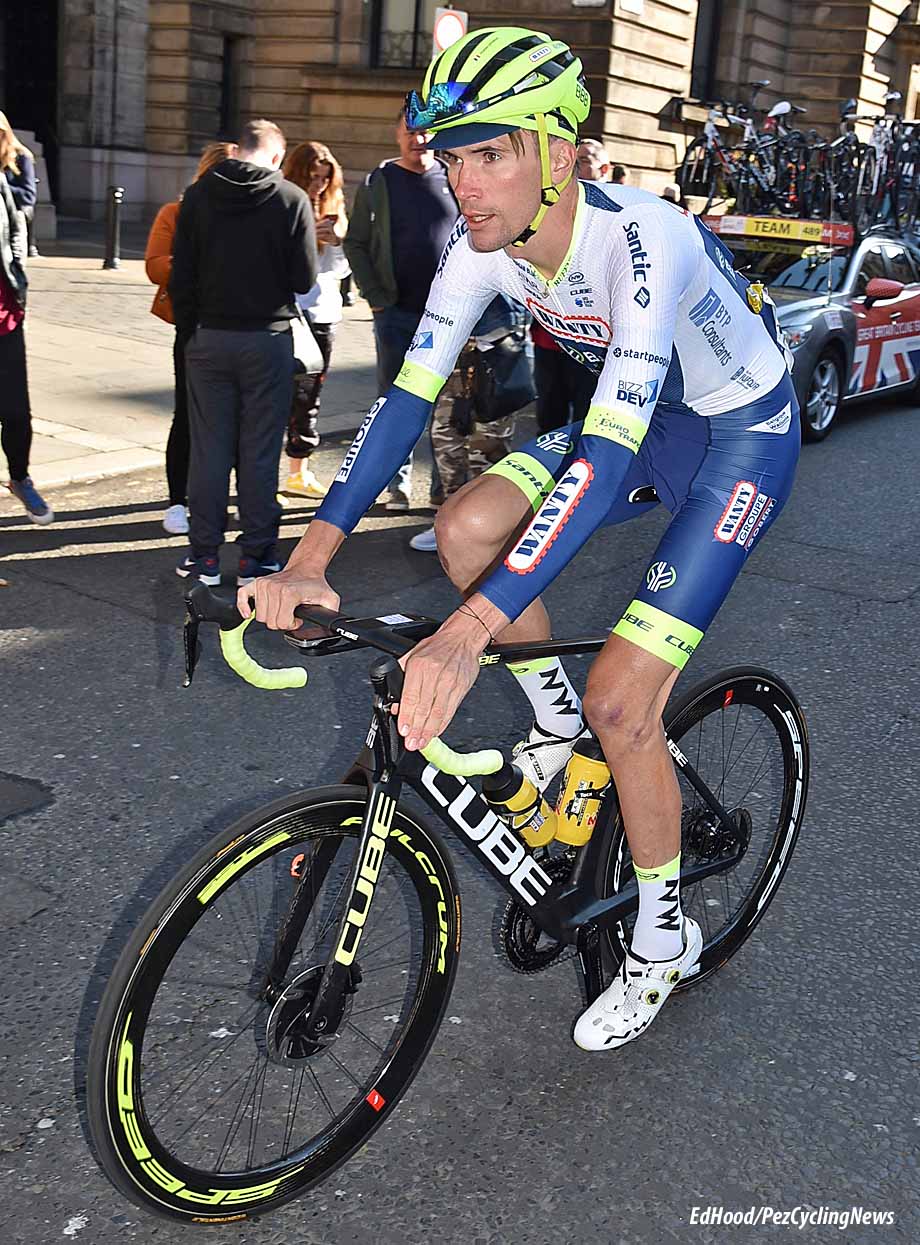 Looking more like an East European hard man than a chic Frenchman, Yoann Offredo isn’t a man who you’d attempt to shove off the wheel. After a dozen years in the sport he rides now for cult Belgian team, Wanty Gobert as a ‘super domestique.’ 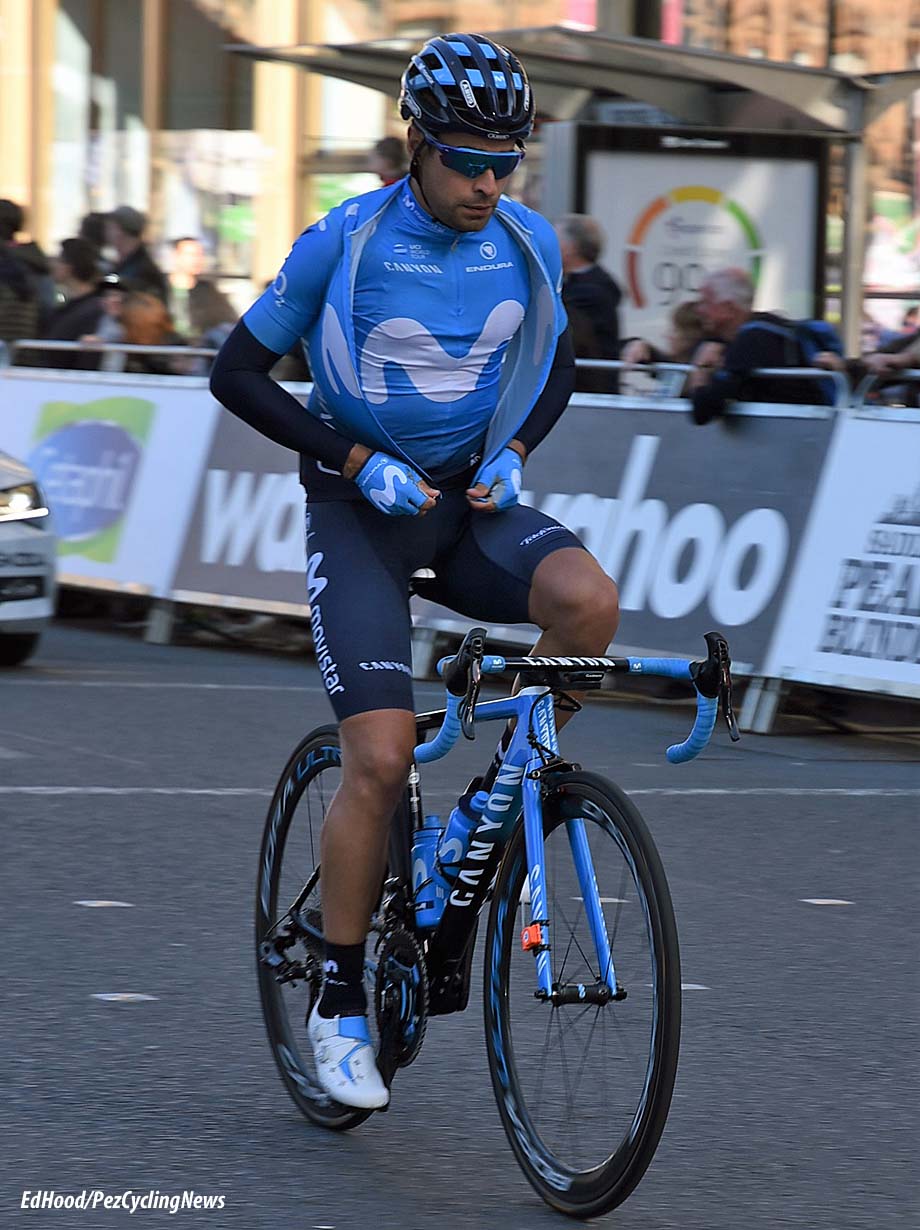 Roll out and whilst ‘Mickey’ Landa (Movistar and Basque Country) has never quite scaled the heights expected of him – it’s four years since he made the Giro podium. Damn! He does look cool. 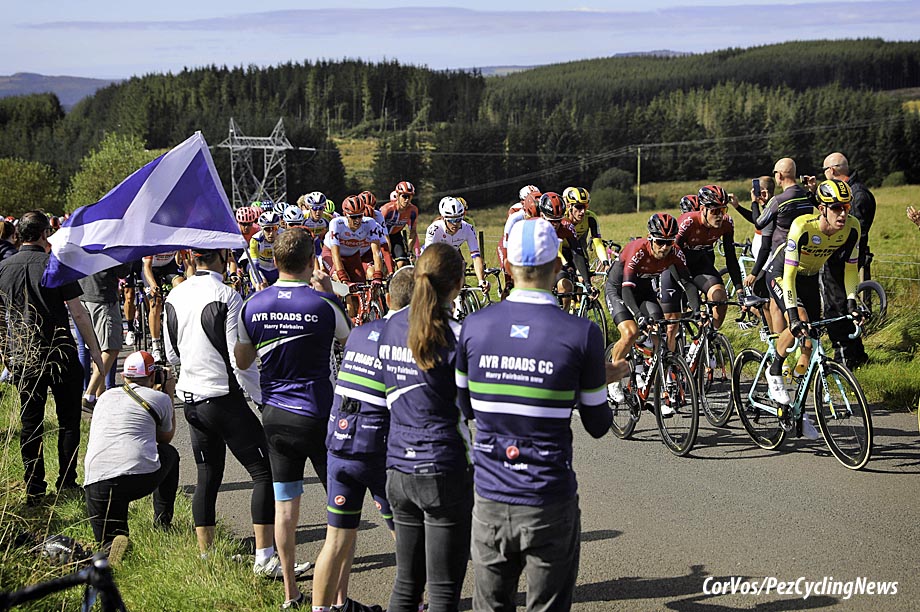