PeloPic: First race of the year, the GP Sven Nys in Baal, and the day the riders show their new jerseys, new sponsors and new bikes. European champion Mathieu van der Poel was happy to show off his new Canyon bike and new jersey for his Corendon-Circus team. 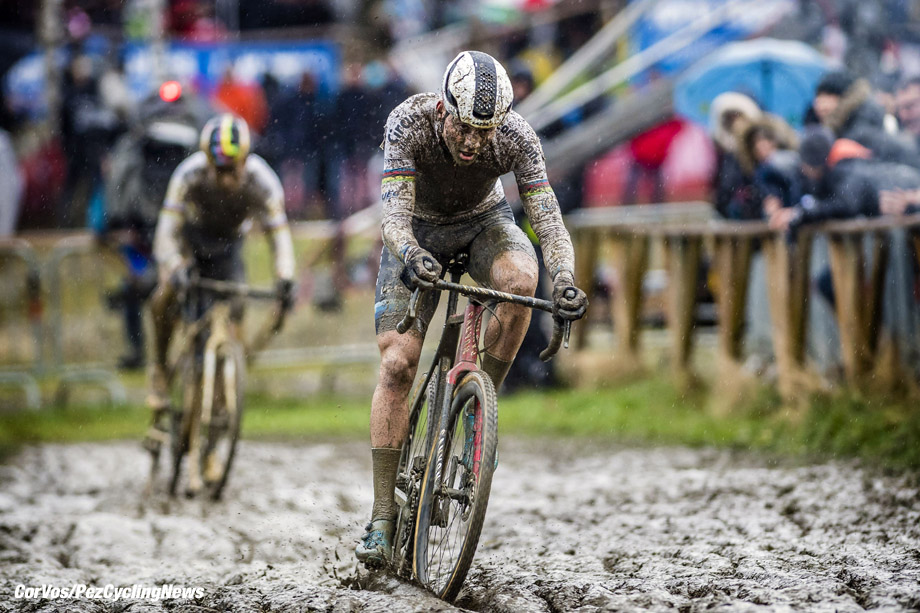 A muddy day for everyone in Baal 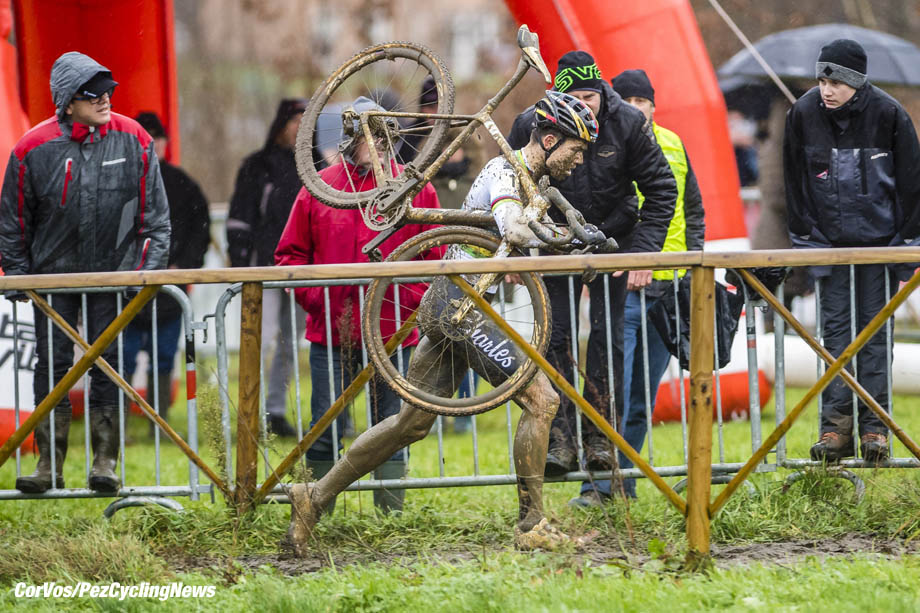 Michael Vanthourenhout (Marlux Bingoal) didn’t manage to make one of the jumps and ended the day in hospital. Van Aert also crashed and finished with his left hand off the bars. Nothing broken and he finished second at 58 seconds. Van Kessel outsprinted teammate Aerts for third.

With one race remaining, Van der Poel is unbeatable in the DVV Verzekeringen Trofee. 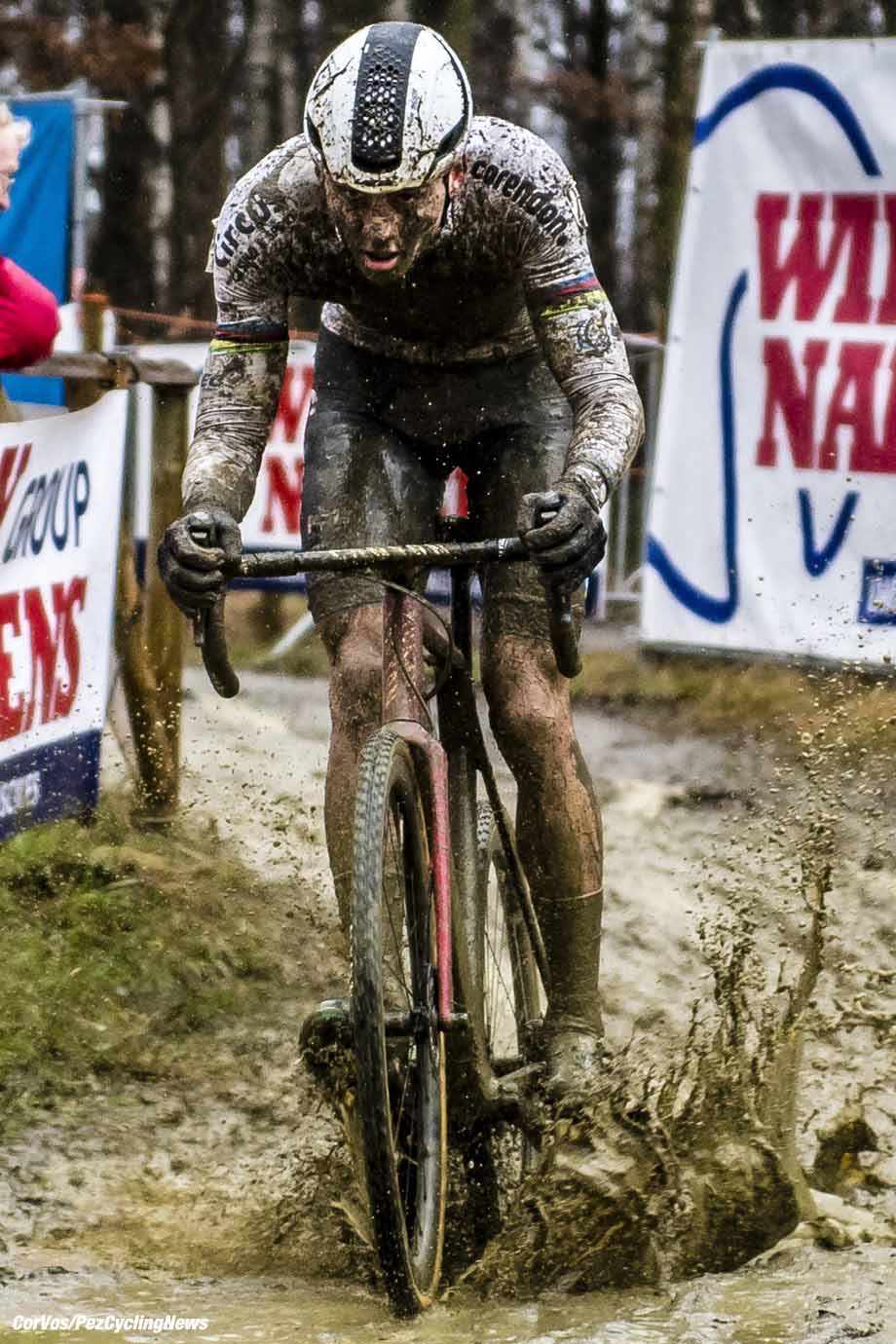 As every week Van der Poel made a big splash 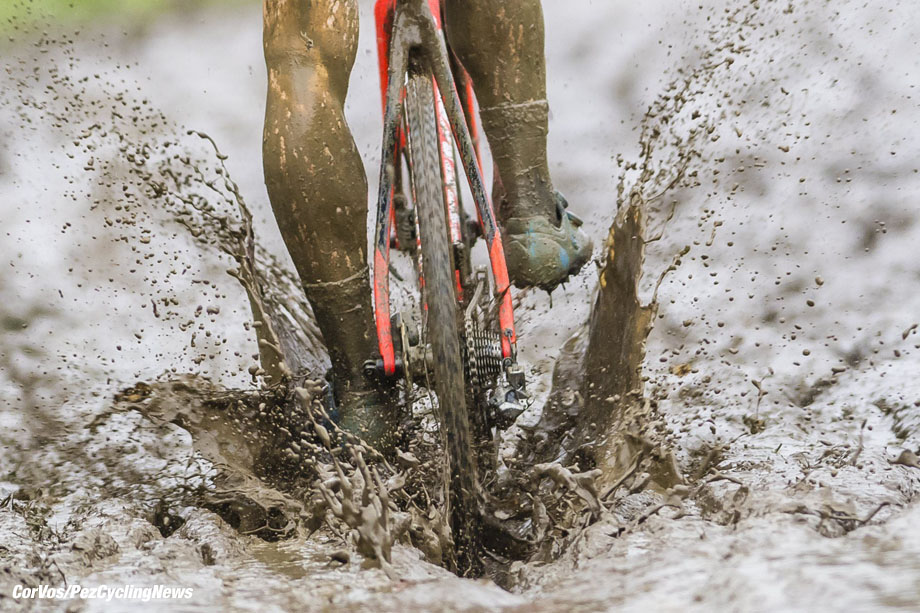 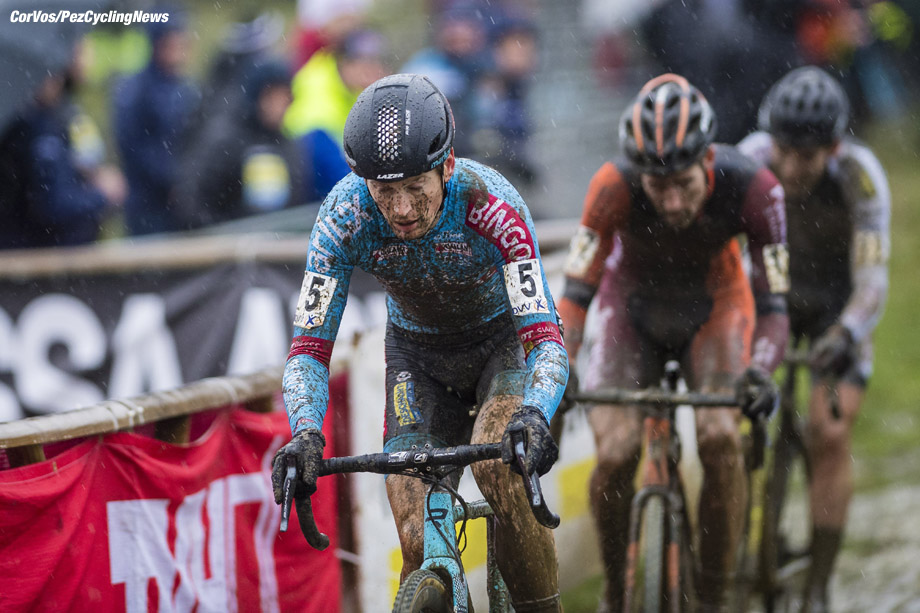 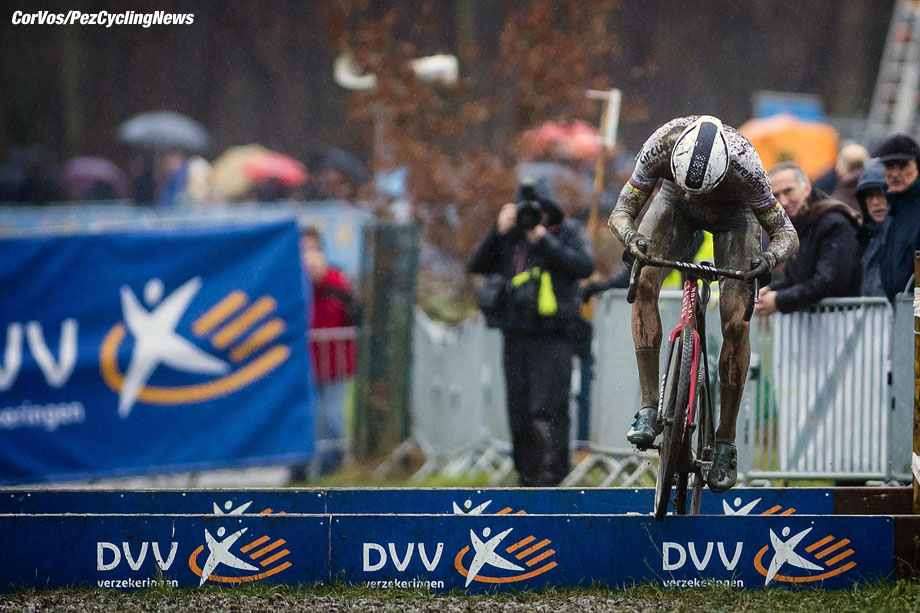 The European champion managed the jumps 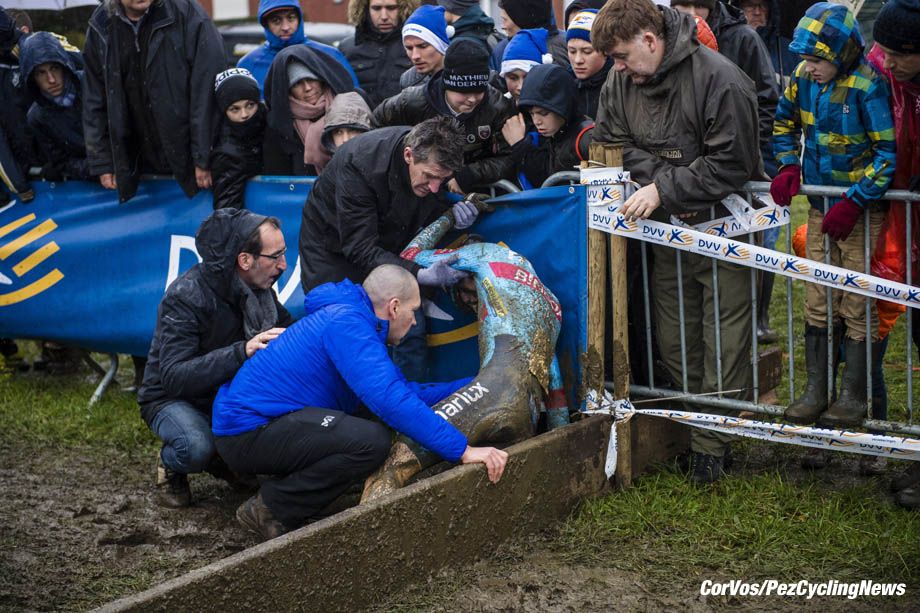 Michael Vanthouenhout was not so lucky 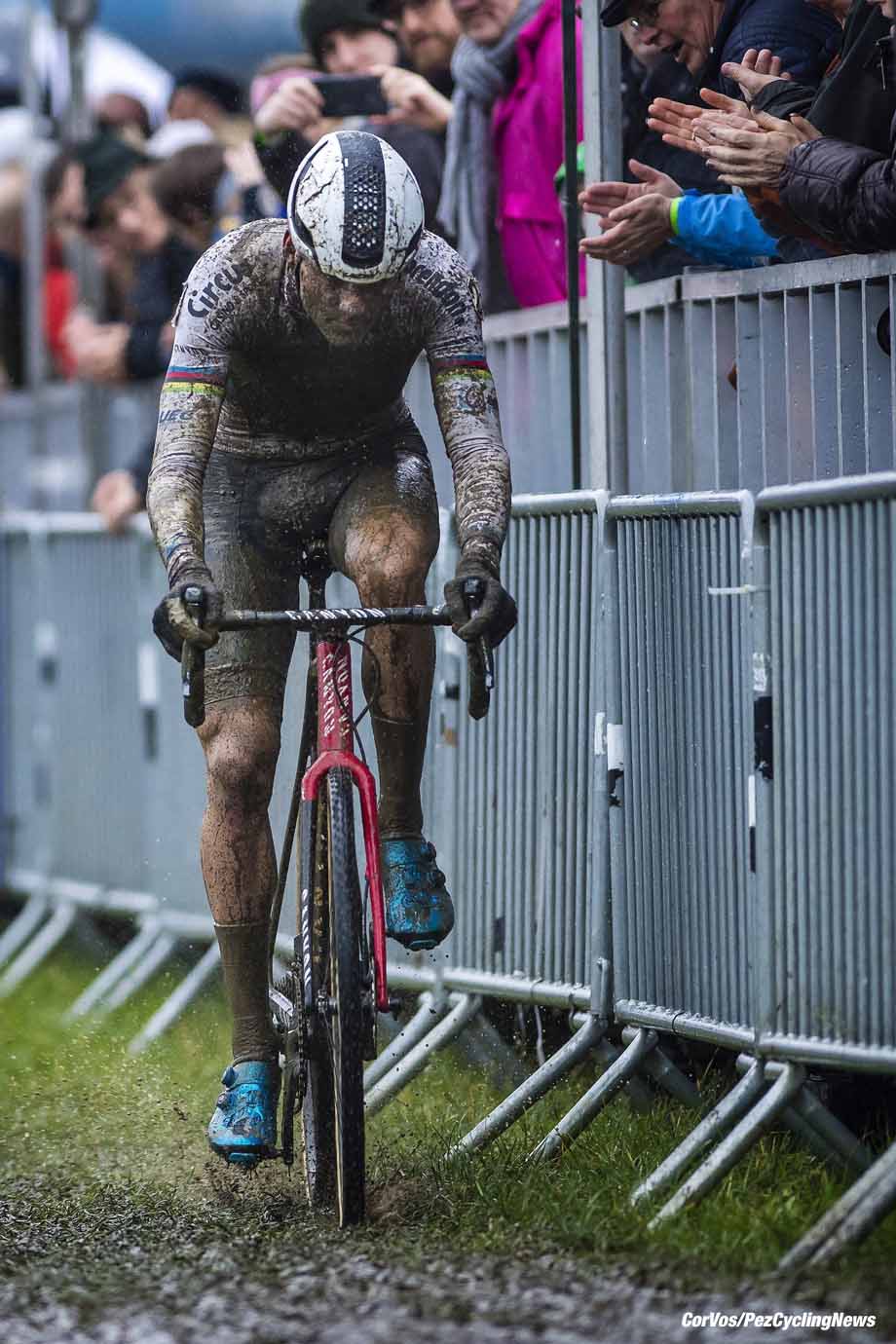 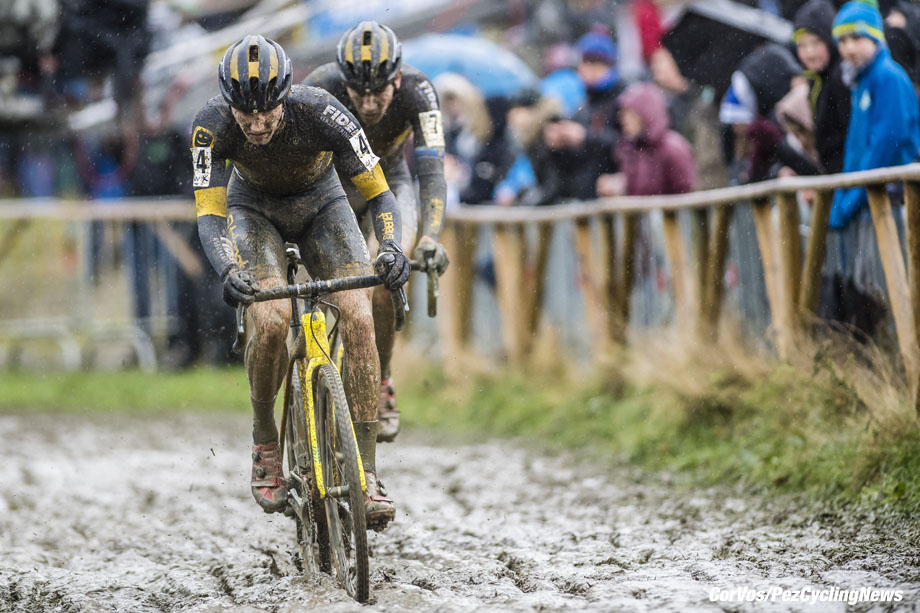 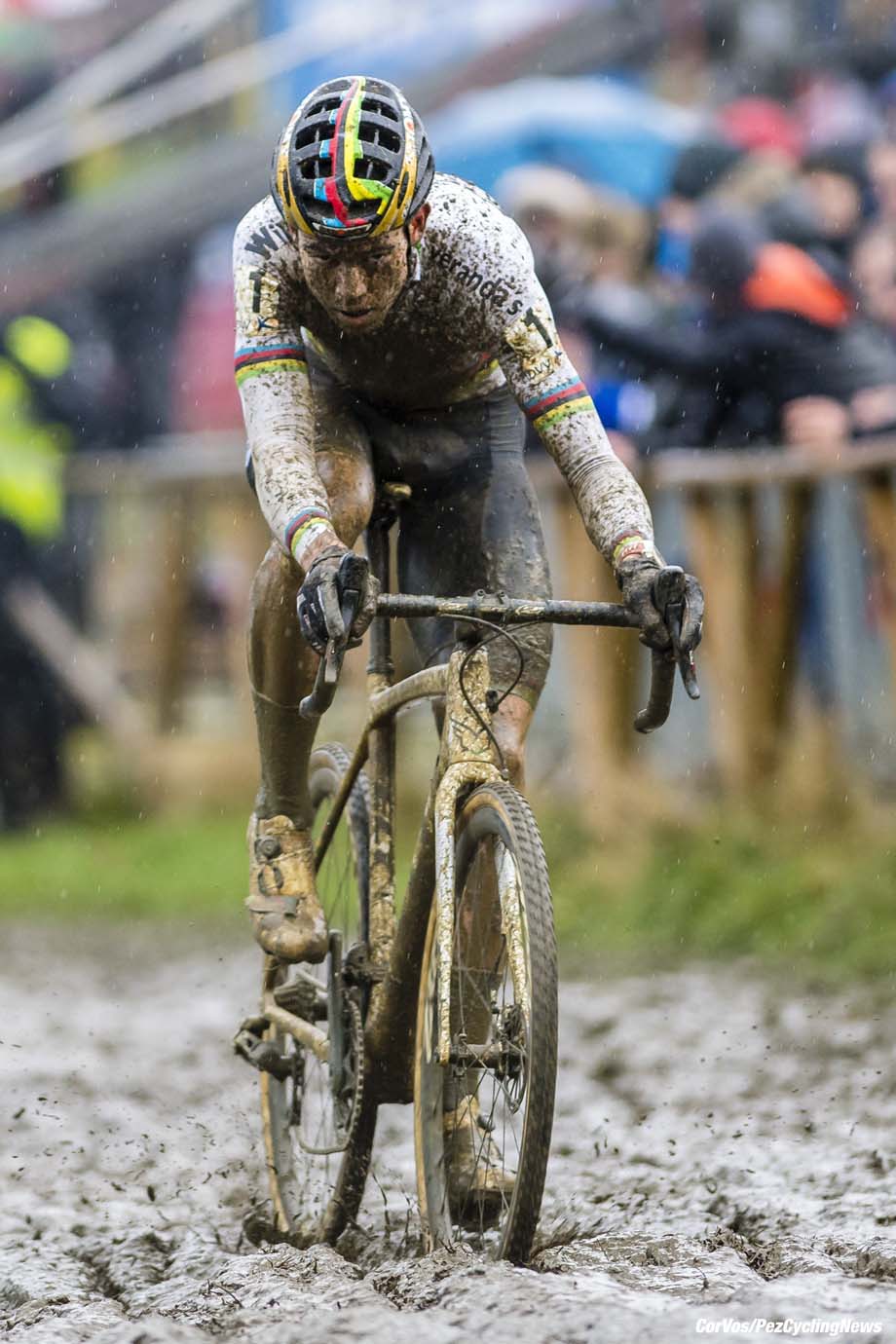 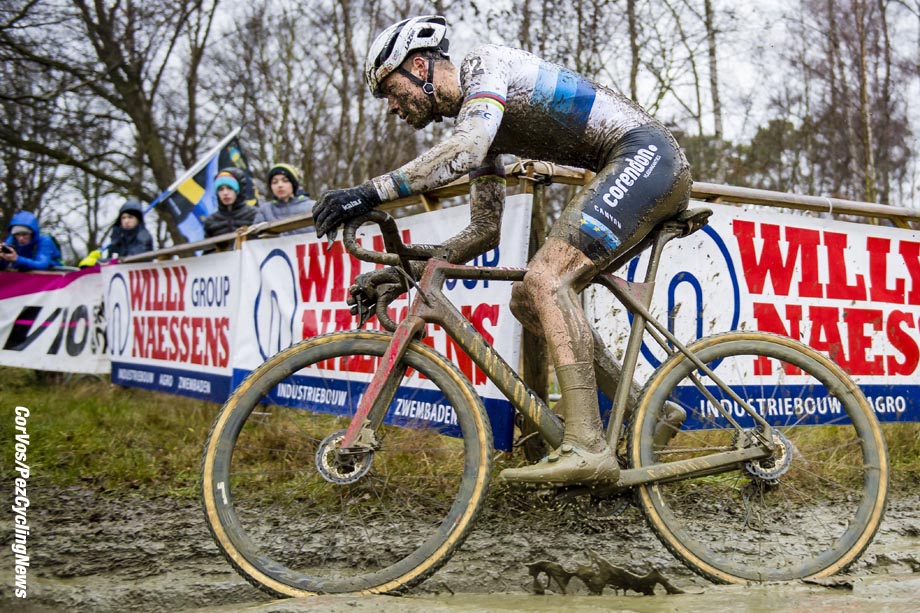 There is a Canyon under that mud 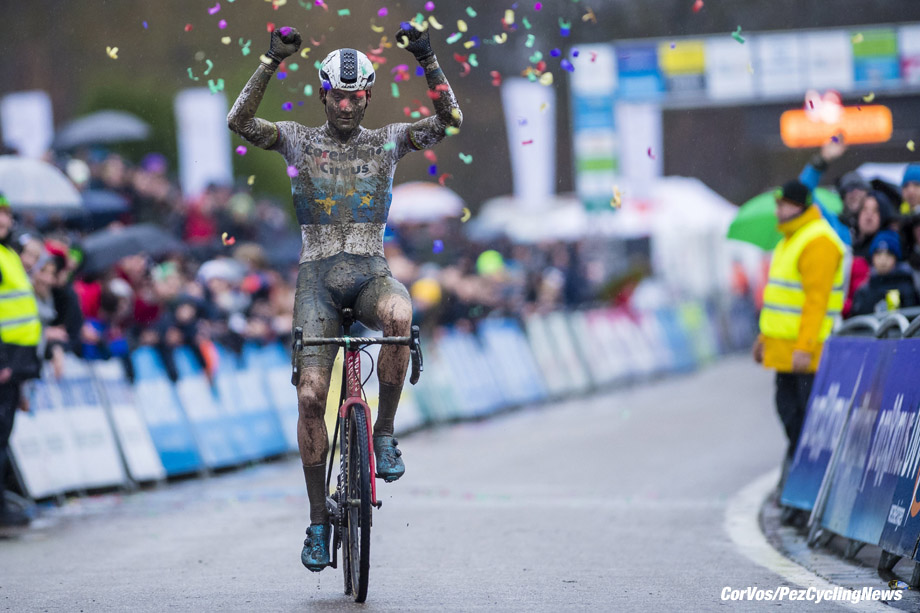 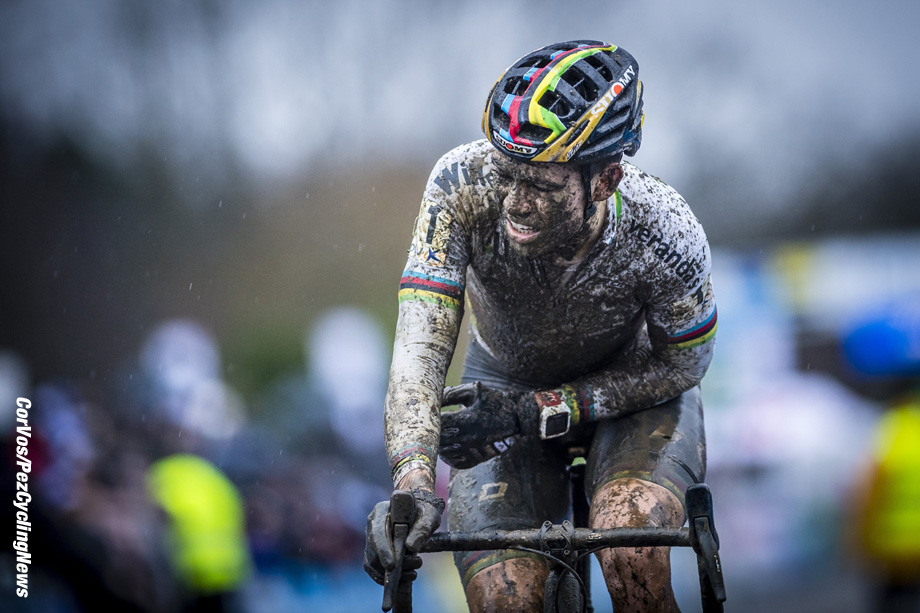 What does Wout have to do to win? 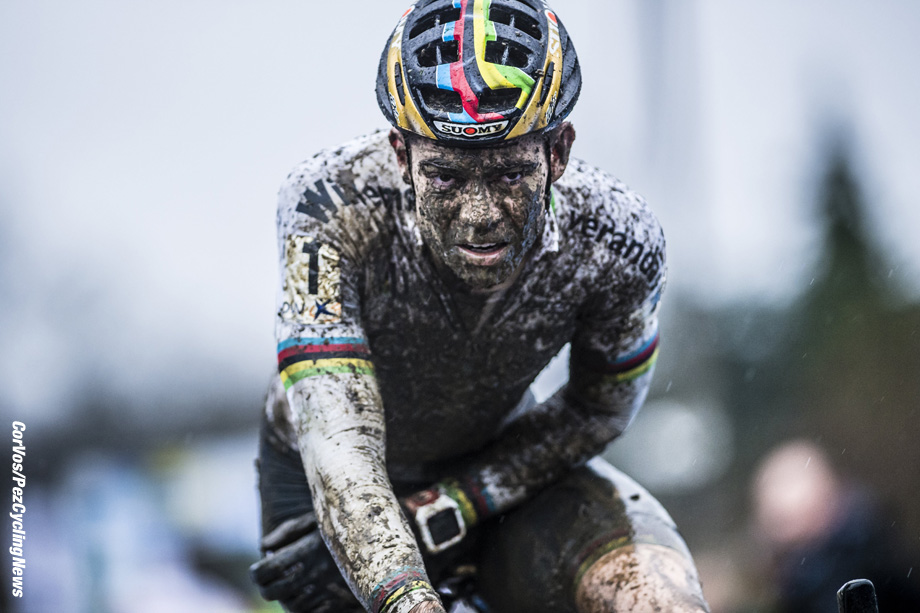 PEZ Bookshelf: The Wrong Side of Comfortable