PeloPics: The German rider Marcel Kittel (Team Katusha Alpecin) won the second stage of the 53rd edition of the Race of the Two Seas, 172km from Camaiore to Follonica. Patrick Bevin (BMC Racing Team) is the new Maglia Azzurra of General Classification leader.

You can read the PEZ interview with Patrick Bevin HERE. 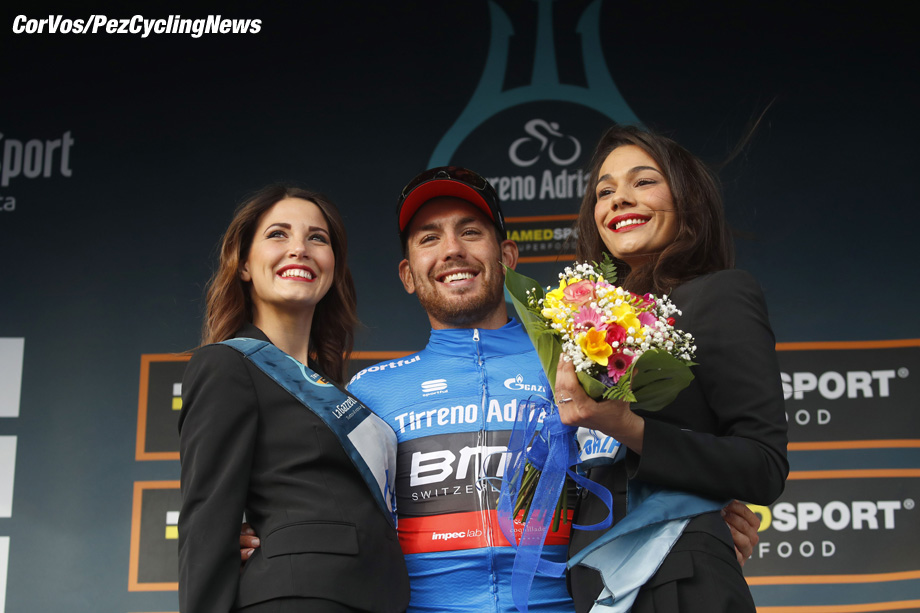 A happy Patrick Bevin on the podium

Mark Cavendish (Dimension Data) was ruled out of Tirreno-Adriatico after a heavy crash on Wednesday’s opening stage, in which he sustained a rib fracture, saw him finish outside of the official time limit. The 32-year-old got back onto his bike after crashing and completed the stage, where he was immediately treated by Dr. Jarrad van Zuydam on the team bus. Preliminary examination revealed no concussive symptoms but Cavendish did complain of pain in his chest which the medical staff ruled warranted further investigation at a local hospital. 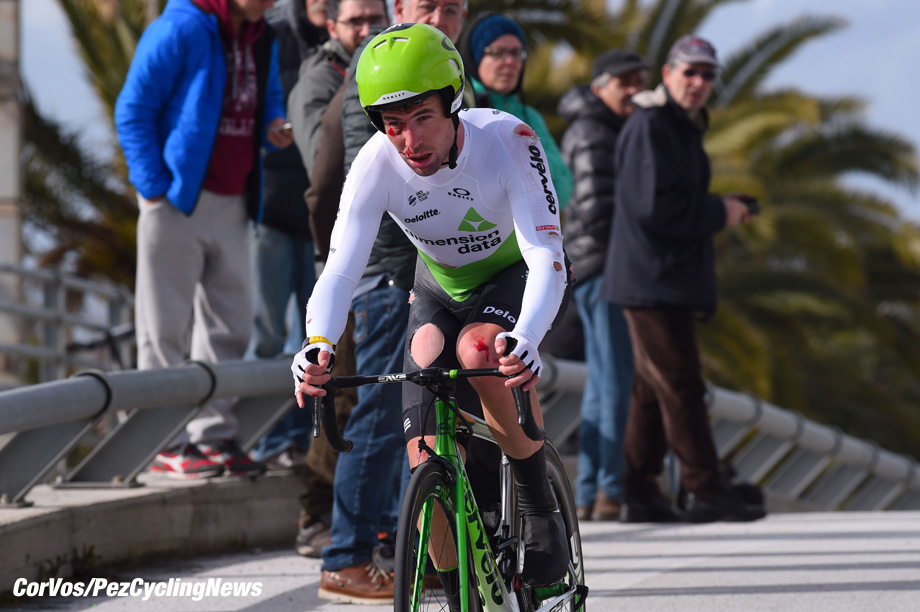 Cavendish expressed his gratitude for the messages of support he and the team had received since the incident. “Thanks, as always, to everyone that’s sent messages, it’s hugely appreciated. It’s frustrating to have crashed, particularly in light of the concussion that I sustained in Abu Dhabi, but I’m just pleased that there’s no major damage done. Despite the pain from my injury I was really looking forward to a fast second stage and naturally disappointed that I’m not going to be a part of it.” 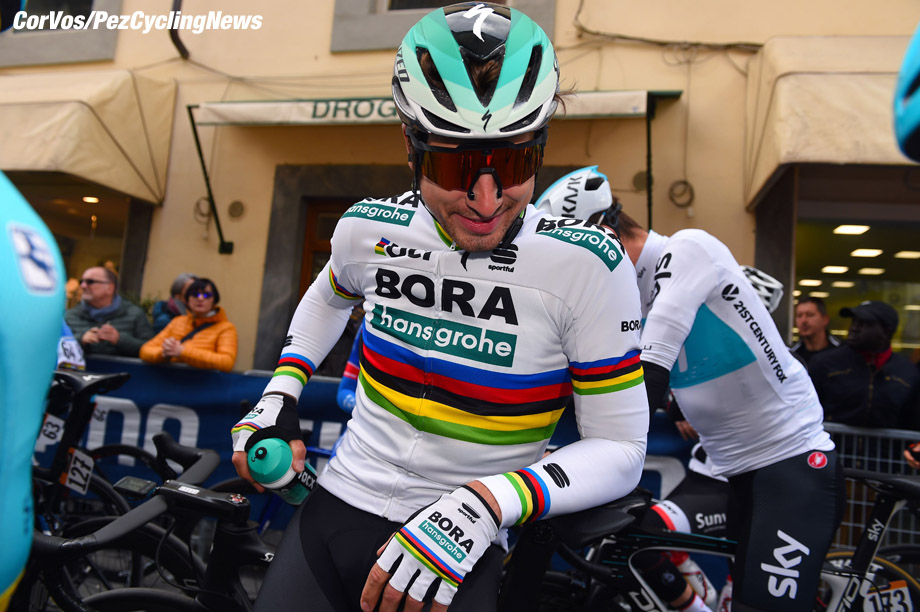 A relaxed World champion at the start 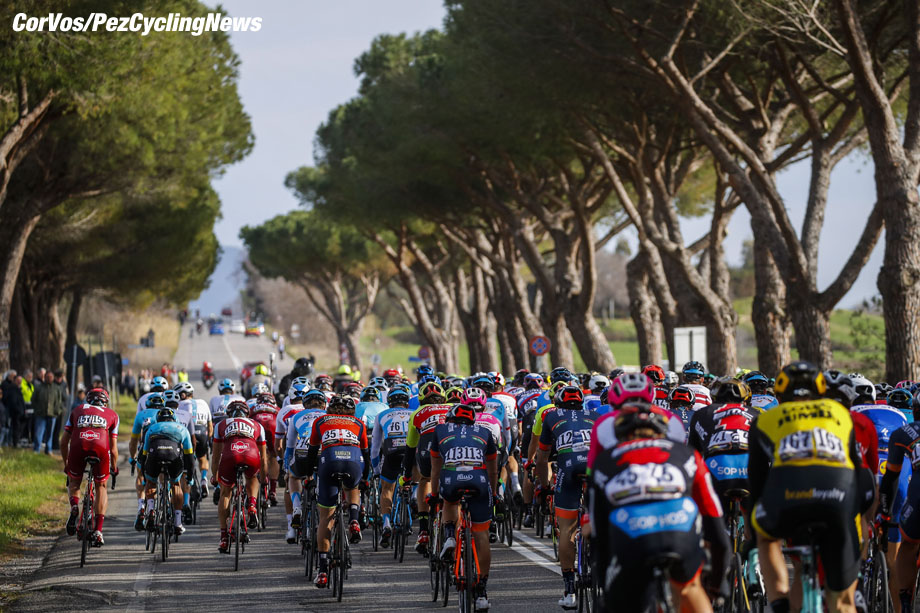 A flat day for the peloton 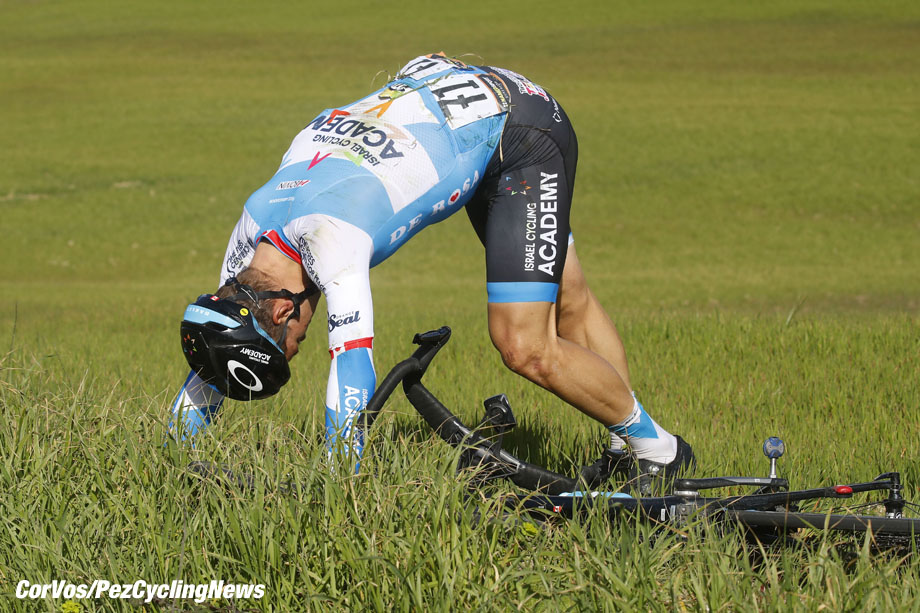 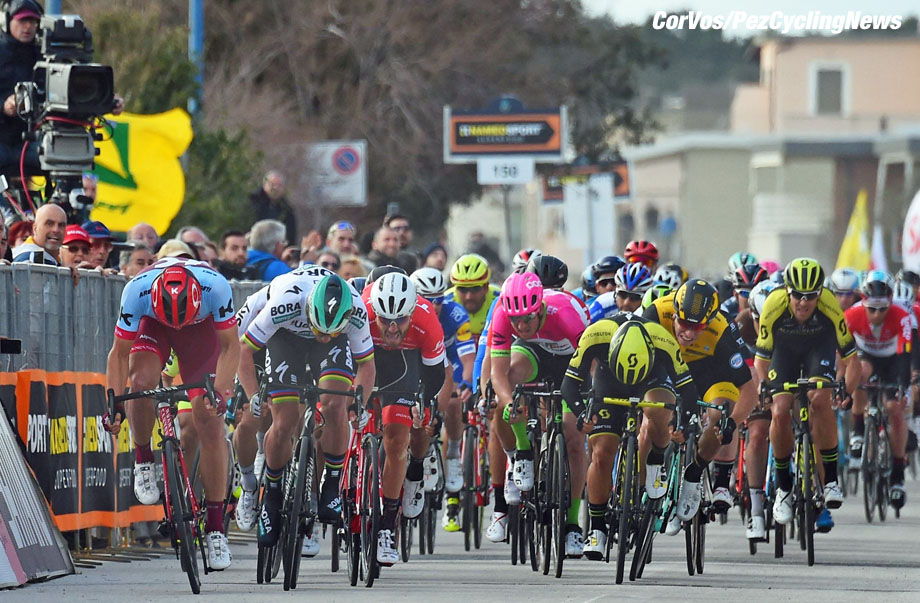 Speaking seconds after the stage finish, the stage winner, Marcel Kittel (Katusha-Alpecin), said: “I’ve been waiting such a long time for this victory! Since the beginning of the season, not everything was working good but we worked hard with the team and it finally pays off today. I have to thank everyone for the good job. This is a big boost for the whole group. I’m also very happy because this is my first professional victory in Italy. At the Giro, I won stages in other countries.” 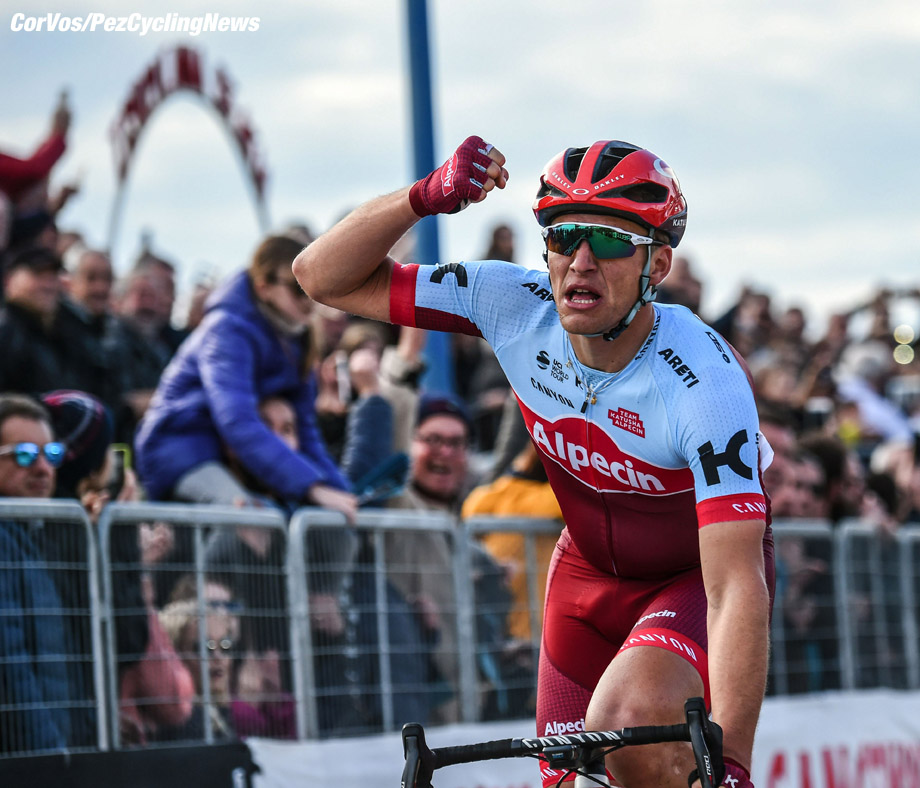 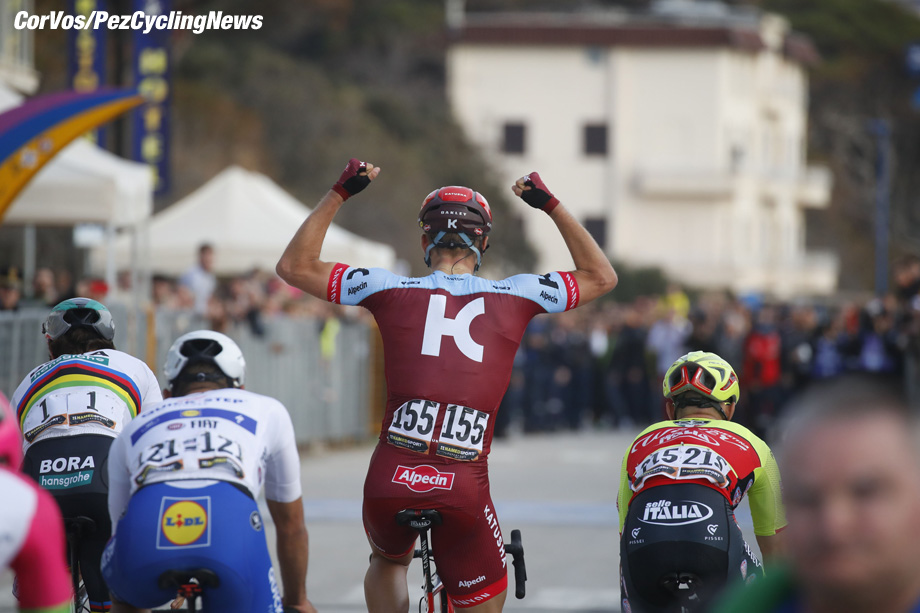 And Marcel Kittel takes it!

The new Maglia Azzurra, Patrick Bevin (BMC), said: “It was not planned that I’d take over from Damiano Caruso. It’s a weird feeling but my team-mates were keen on leading me out. I got a pretty good run when the bunch was spread out. I’ve had moments in the past where I was a good sprinter but I became a lead-out man. Today was the first time in my career that I got my opportunity in a bunch sprint. It’s weird but it’s also great to lead such a big race.” 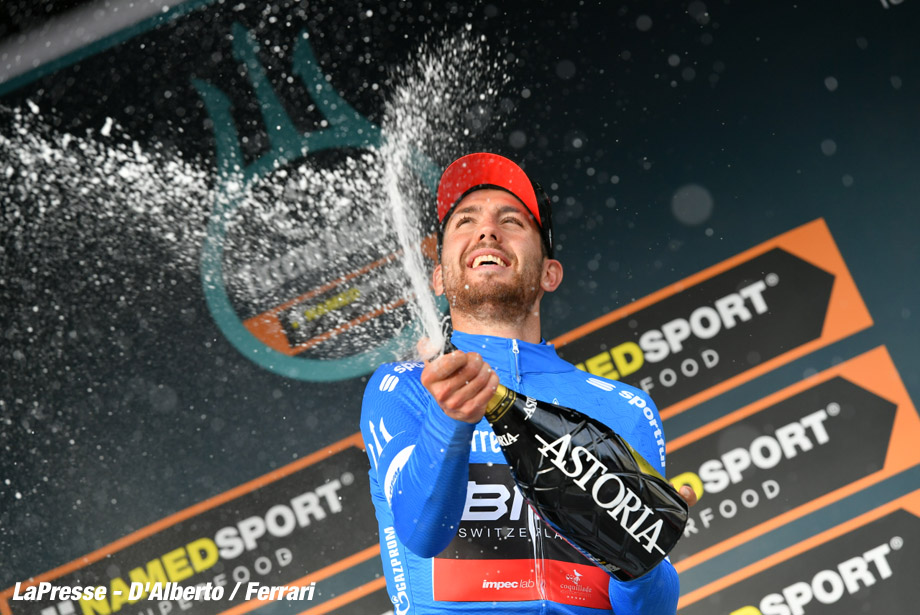 Patrick Bevin in the leaders jersey

The final kilometers of stage 2: 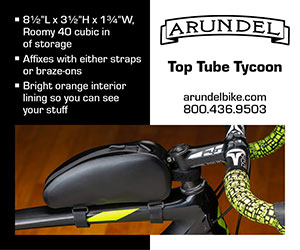