PeloPics: Rohan Dennis (BMC) won the conclusive individual time trial of Tirreno-Adriatico for the second year running. He bettered his performance from 2017 by four seconds on the same 10km course of San Benedetto del Tronto over the same runner-up, Jos van Emden (LottoNL-Jumbo). For the overall victory, Michal Kwiatkowski (Sky) held off Damiano Caruso (BMC) to become the first Polish winner of Tirreno-Adriatico one year after he claimed Milan-Sanremo. 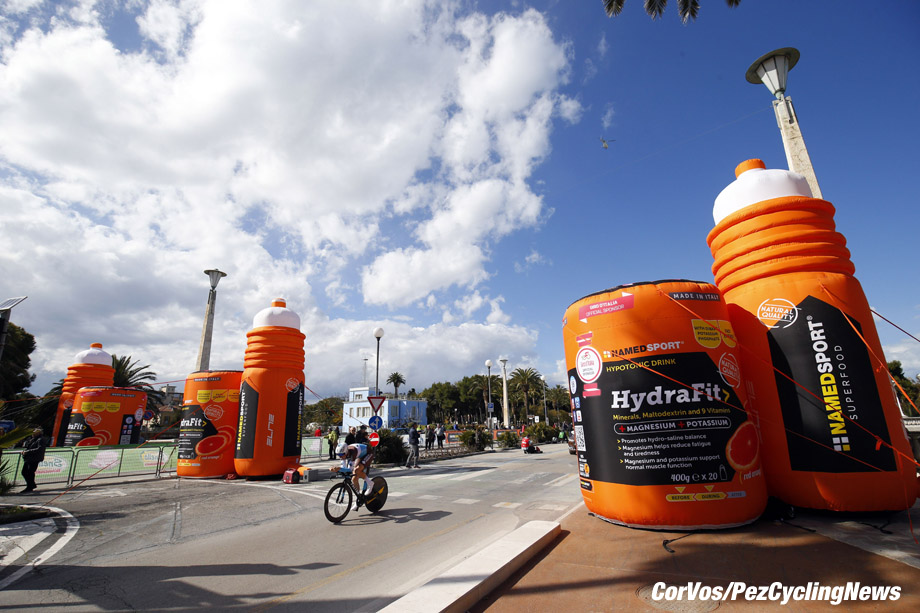 A flat 10K in San Benedetto 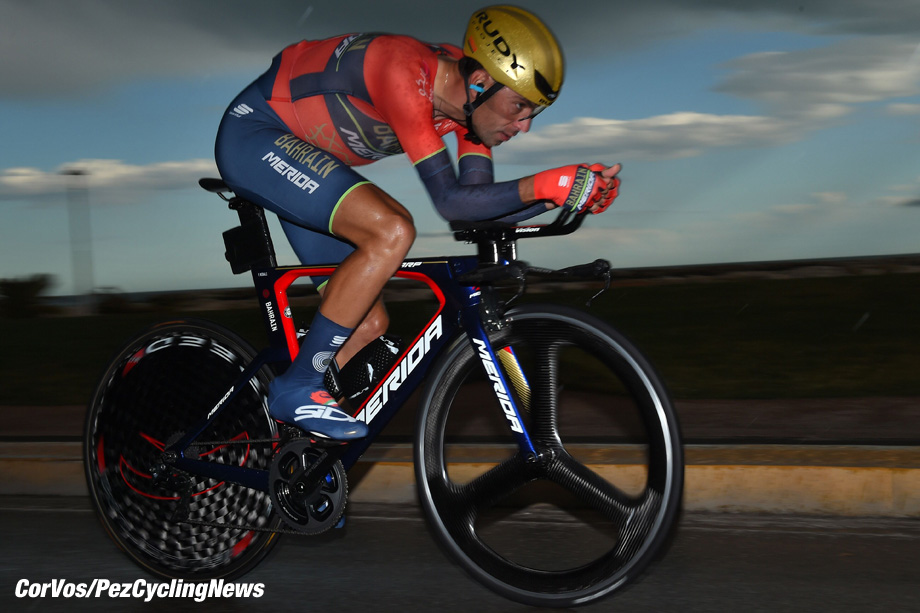 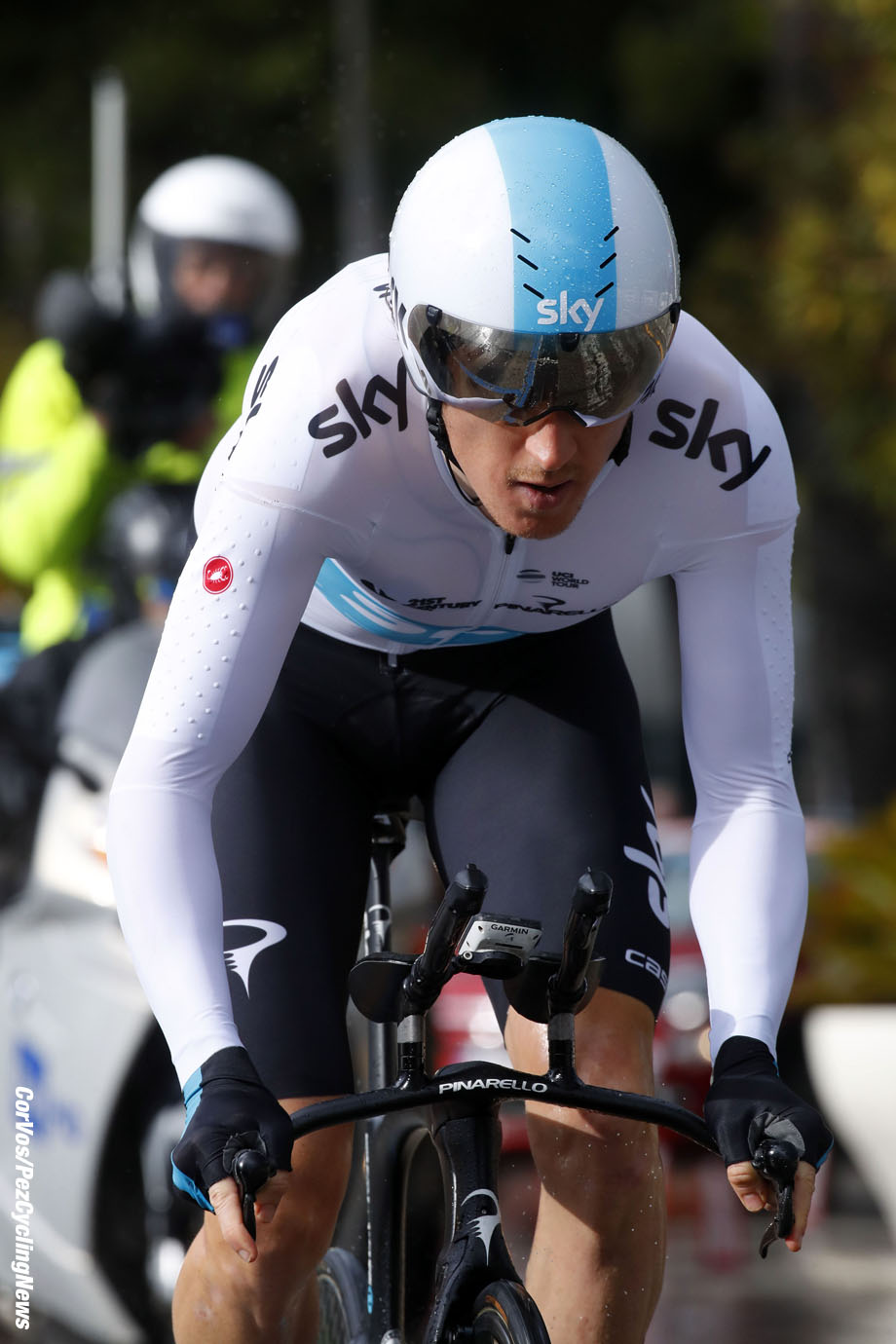 Third placed Geraint Thomas said: “It was slower in the corners when I raced because of the rain. I didn’t want to crash, that was for sure. I knew the stage [win] wasn’t gonna happen but it was a matter of getting on the podium. The gap to Caruso was just too big. It’s nice to be third. On a personal note, the mechanical I had when I was leading the race cost me the race personally but at least the team was still strong enough to win.” 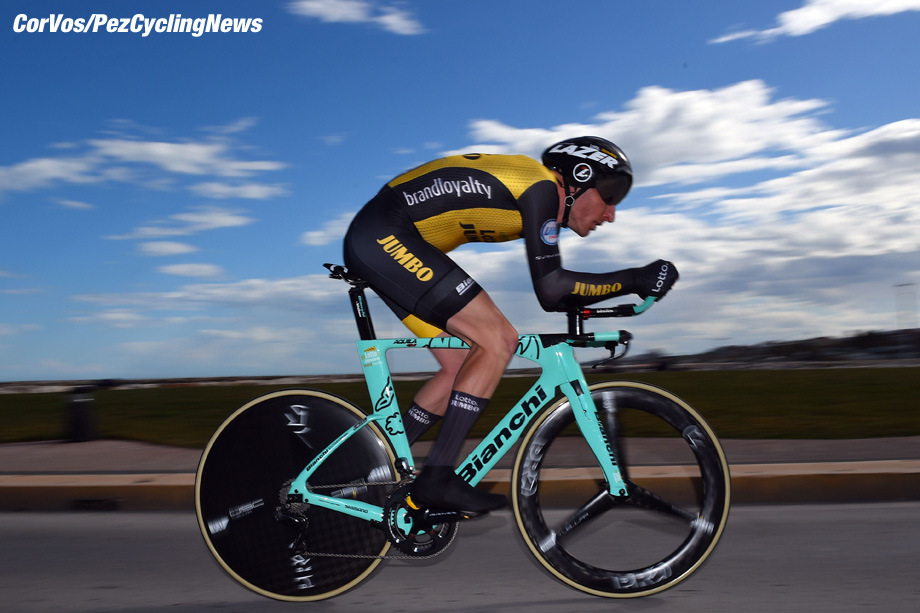 2nd on the stage for Jos Van Emden 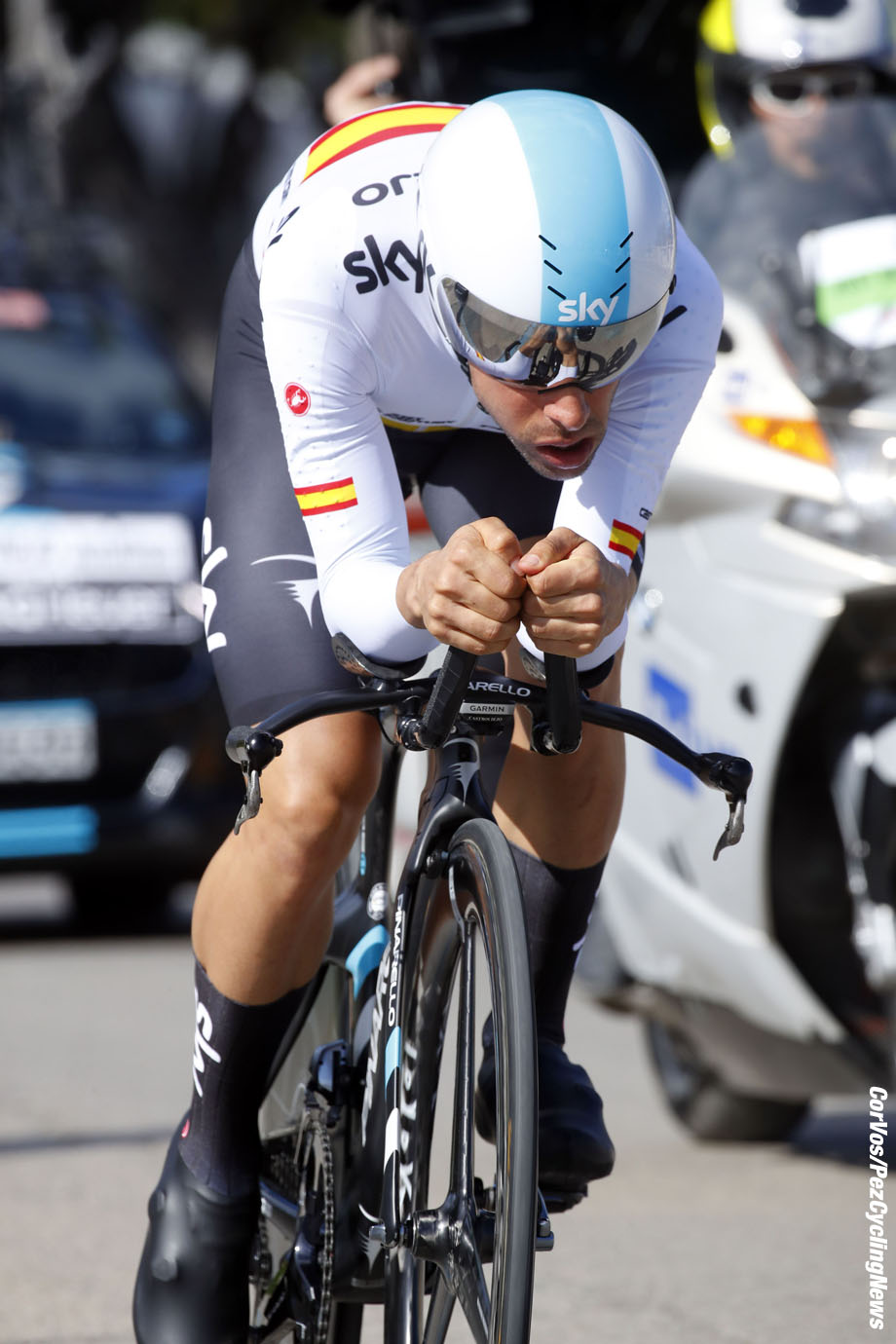 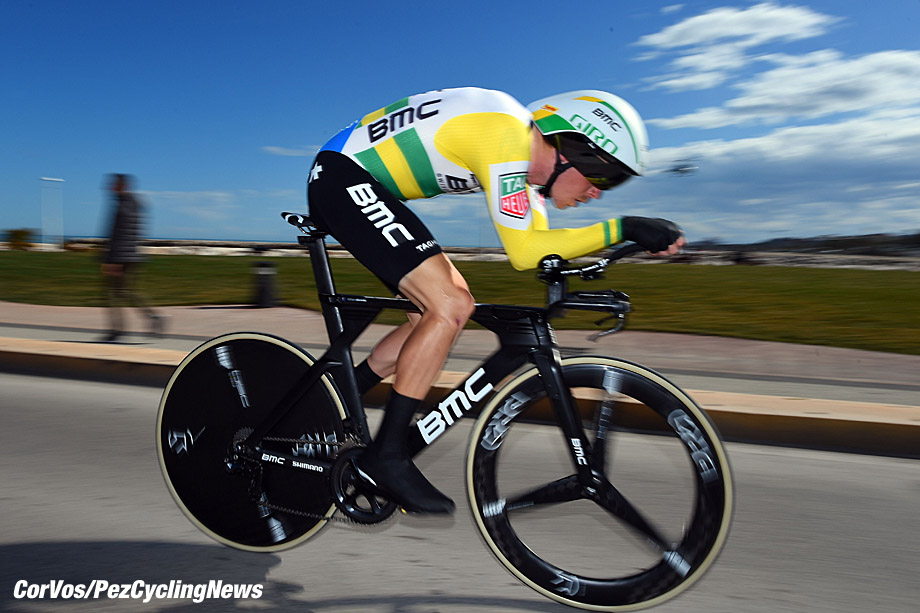 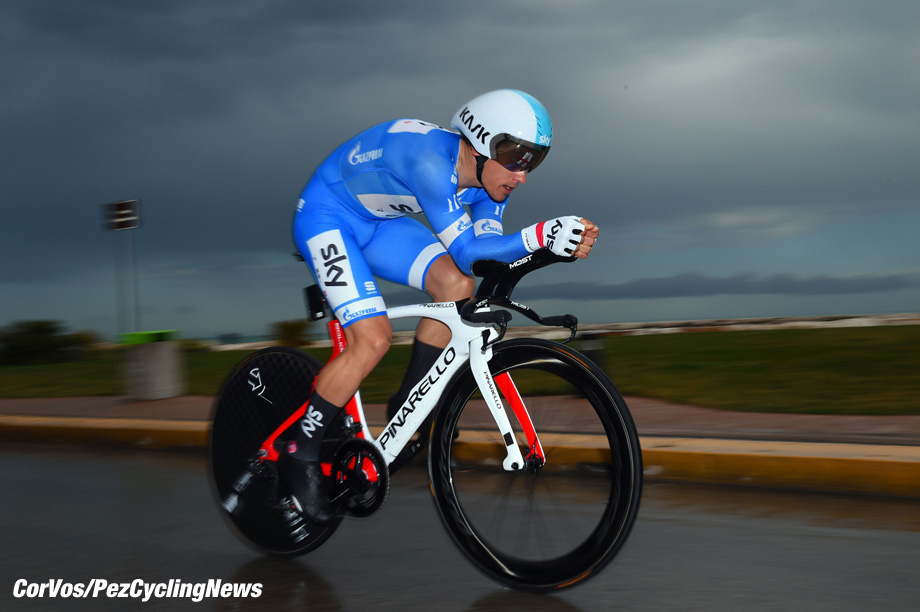 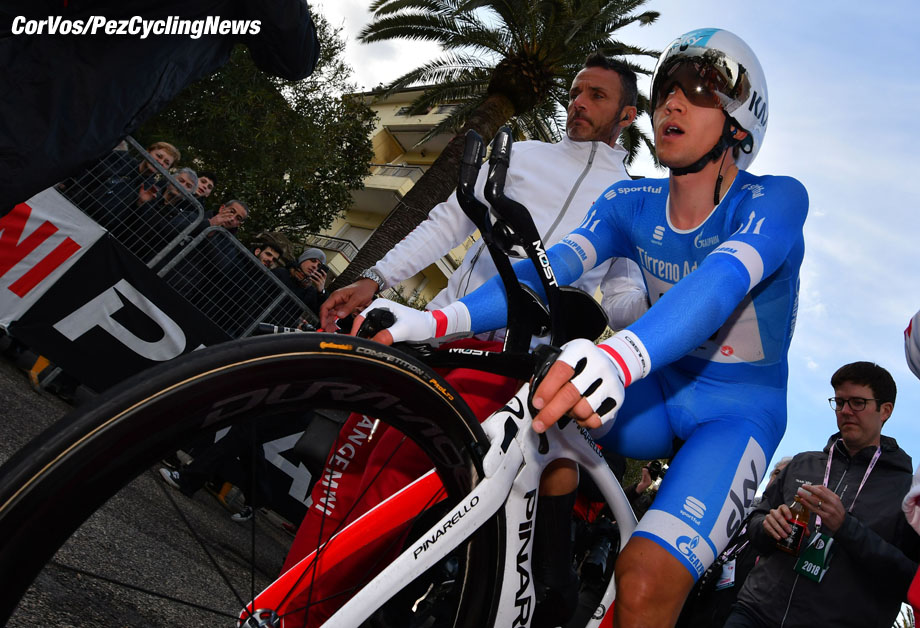 20 more seconds over Caruso for Kwaitkowski

Overall winner Michal Kwiatkowski said: “I was very nervous when I was warming up because it was raining. I was scared that something would go wrong and I’d have to go a bit slower in the corners. But I had good feelings and that’s how I could finish it off so well. Tirreno-Adriatico is the most important stage win in my career so far. This is a beautiful race with a beautiful trophy. It’s also one of the hardest stage races to win. It’s been a difficult week for Team Sky. We had some bad luck with Geraint Thomas but, at the end of the day, we were really motivated to have a very good race. We did it. The trident trophy gives me a wonderful feeling. I’m confident in Team Sky to support me to try and win Milan-Sanremo again on Saturday.” 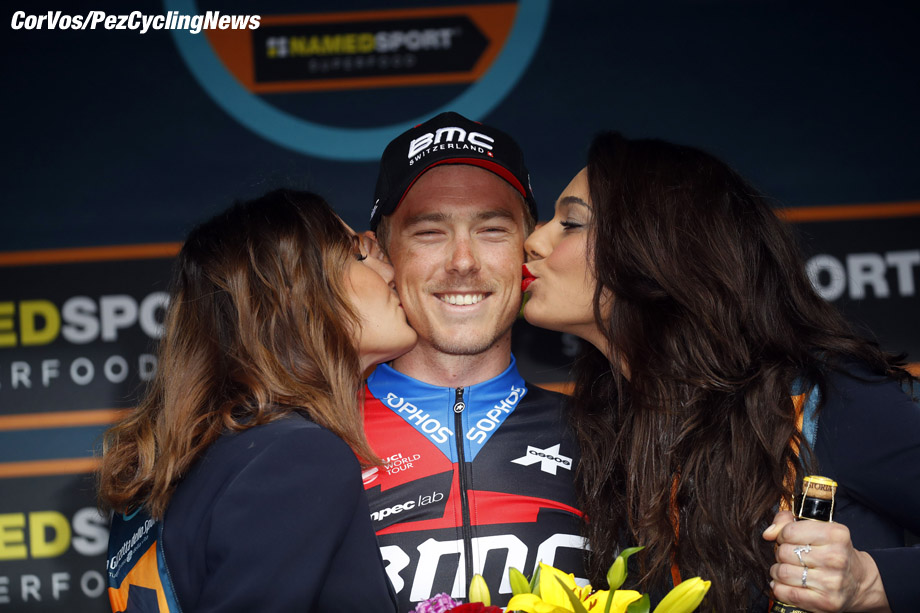 Stage 7 winner Rohan Dennis said in the press conference: “I wasn’t coming to Tirreno-Adriatico for GC. I was supposed to ride in support of Richie Porte and, once Richie was out, Damiano [Caruso] got called out. Today, I was hopeful that I could repeat last year or go a bit better. I went faster – it’s a good sign. My coach said it’s normal that I struggled in longer days like the Scarponi memorial stage (stage 5). I’ve had some heavy racing for two and half months. I’ll take a break now before I’ll resume racing at the Tour de Romandie ahead of the Giro d’Italia in which I won’t make a big deal of the opening time trial in Israel as I’ll look at the bigger picture.” 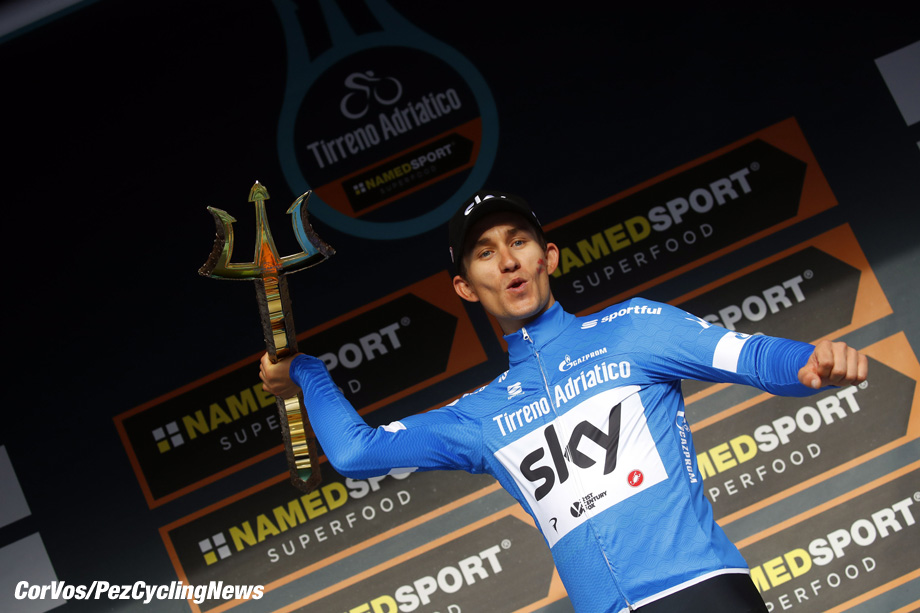 Kwaitkowsi and his Tirreno-Adriatico trophy 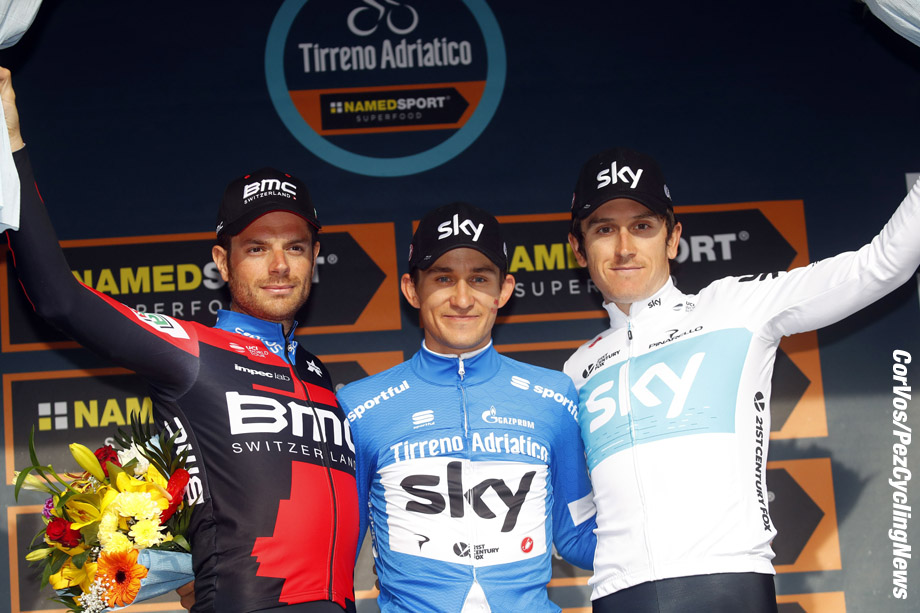 Second placed overall Damiano Caruso said: “It’s a very good result for me and for my team. It makes me more confident for the next races. Kwiatkowski is a very strong guy. This morning I knew it would be very difficult to beat him. I gave my best. To keep the second place over Geraint Thomas who is a specialist is good!”