PeloPic: On December 8th, in the capital of Kazakhstan Astana has been held the official presentation of the 2018 Astana Pro Team. The upcoming season will be the 13th cycling season in the team’s history. 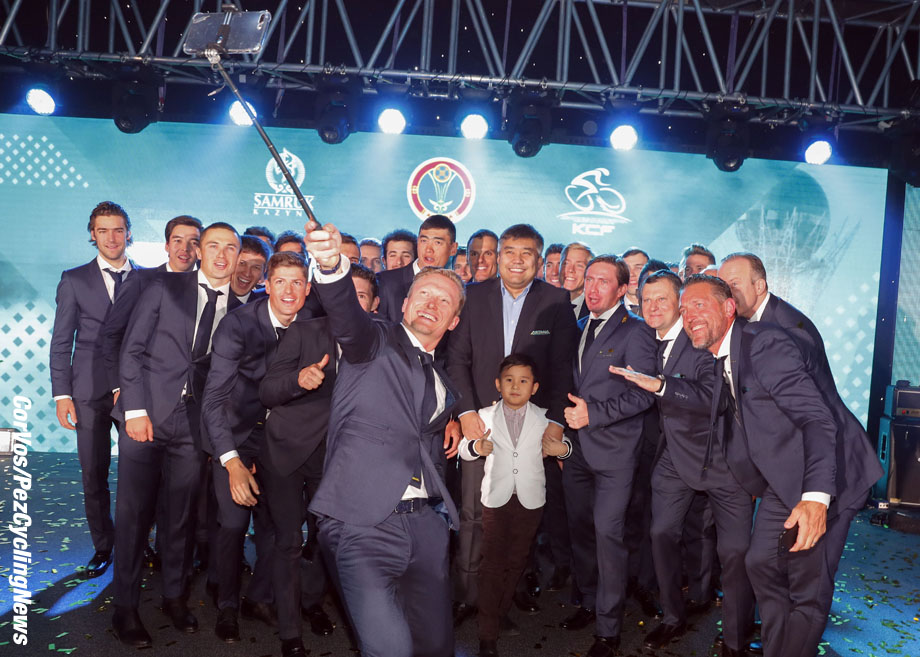 The official presentation of Astana Pro Team was attended by the Minister of Culture and Sport of Kazakhstan Arystanbek Muhamediuly, the Mayor of Astana Asset Isekeshev and the President of Kazakhstan Cycling Federation Darkhan Kaletaev.

The presentation has been opened with a special video, dedicated the memory of Michele Scarponi.

During the official part of the event, a renewed Astana Pro Team was presented to the guests. It is not only about changes in the team roster, but also about the rebranding. Since 2018, Astana is a single national sports brand, which brings together the best professional clubs of the country, including the cycling team Astana: the renewed logo and the new 2018 jersey cycling kit were presented officially. 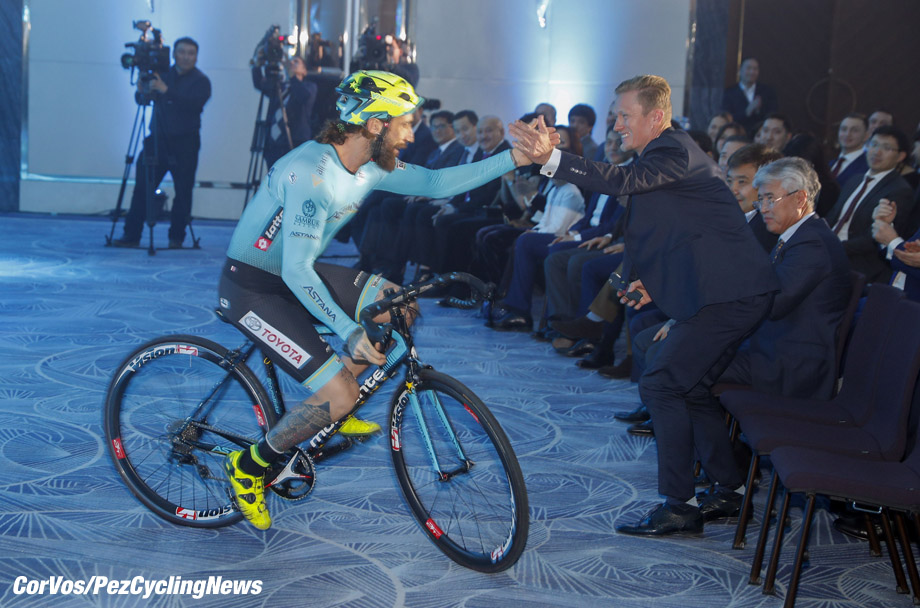 The general manager of the team Alexandr Vinokurov summed up the expiring year and announced the main goals for the upcoming season.

“There is no a secret for anyone, that the last season was a tough one for our team. Not only because of big changes at the start of 2017, injuries and bad luck, but, first of all, because of a huge loss. We lost Michele Scarponi and he will always be in our hearts. Anyway, together, we were able to pass through all hard moments and in the second part of the year we proved that Astana still holds its place as one of the best teams around the world. In 2017 we scored a number of nice victories and big achievements at the highest level, both in the UCI WorldTour races and Grand tours. It is a pleasure to mark some attention on the successes of our Kazakh riders: the wins of the best Kazakhstan athlete Alexey Lutsenko and a serious progress of our young guys allow us to look optimistic into the future. So, with today’s presentation we officially open our new season. We step up in the new year with a renewed, well balanced and ready for some big things roster. With a roster, which allows us to follow our goals not only at the Grand tours, but at the week races and the classics as well,” – said Alexandr Vinokurov.

At the event were presented six new riders of the team: Yevgeniy Gidich (Kazakhstan), Omar Fraile (Spain), Jan Hirt (Czech Republic), Hugo Houle (Canada), Davide Villella (Italy) and Magnus Cort Nielsen (Denmark), who, unfortunately could not come to Astana. A few days ago, during a road training, Magnus crashed out and broke his collarbone. On December 7th in Girona, he underwent a successful surgery. The rider will join the team at the training camp in Altea, Spain. 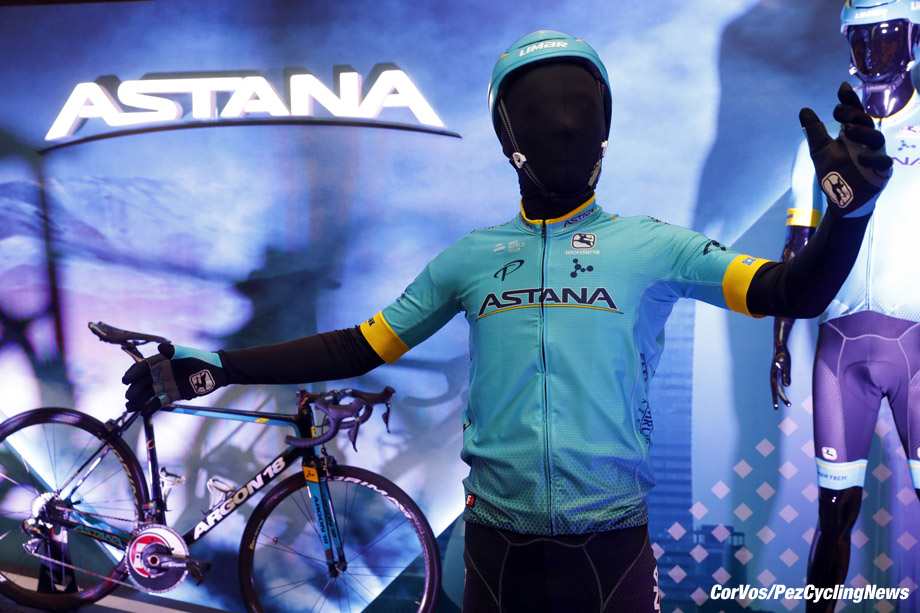 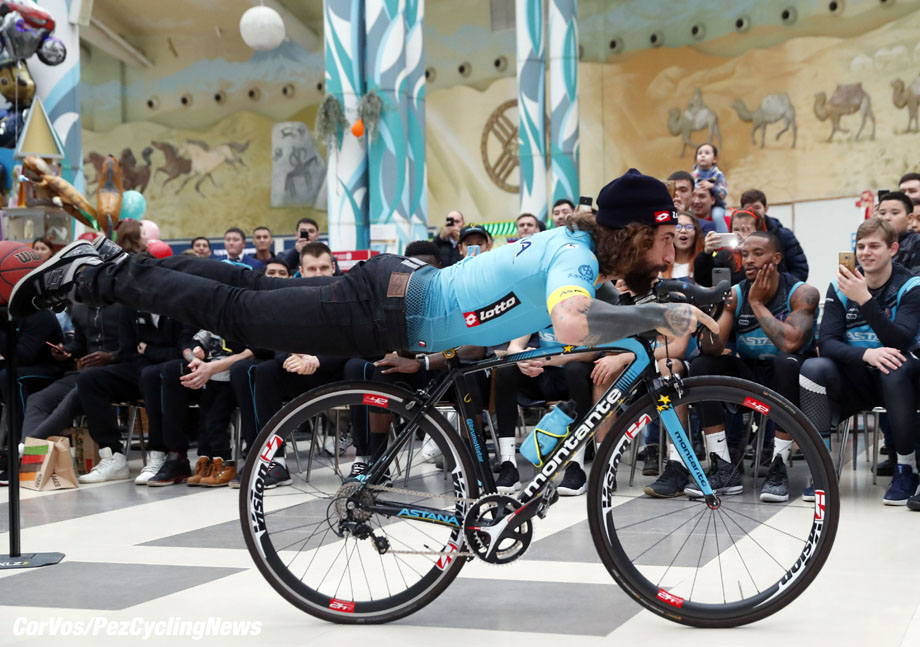 Not a new rider for Team Astana – Vittorio Brumotti 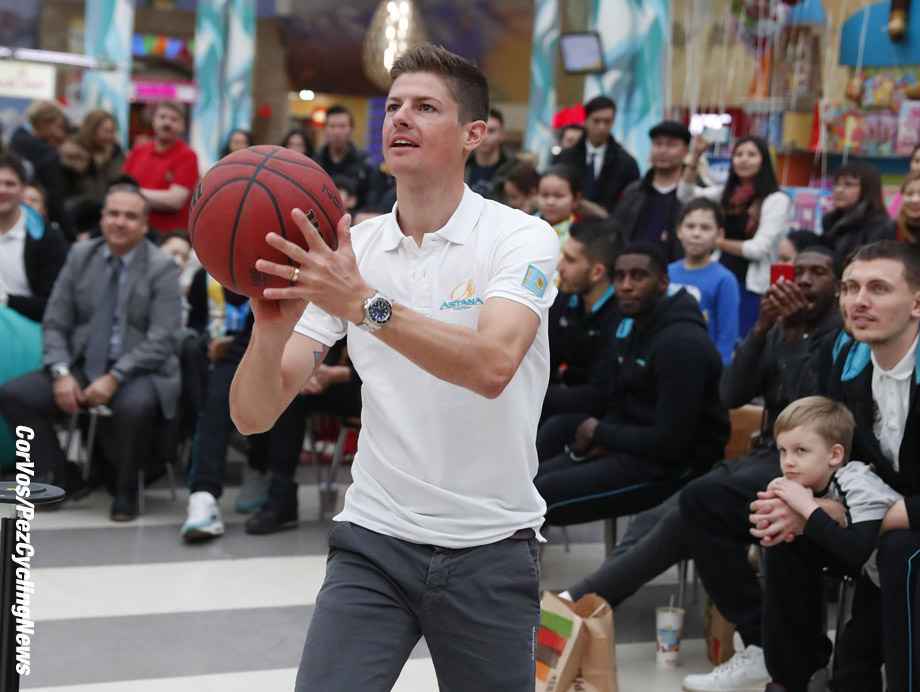 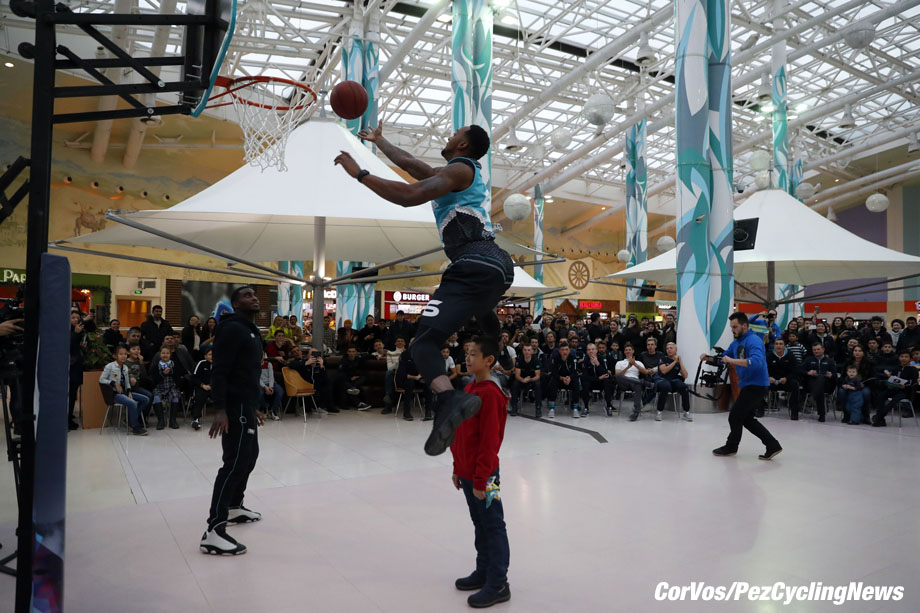 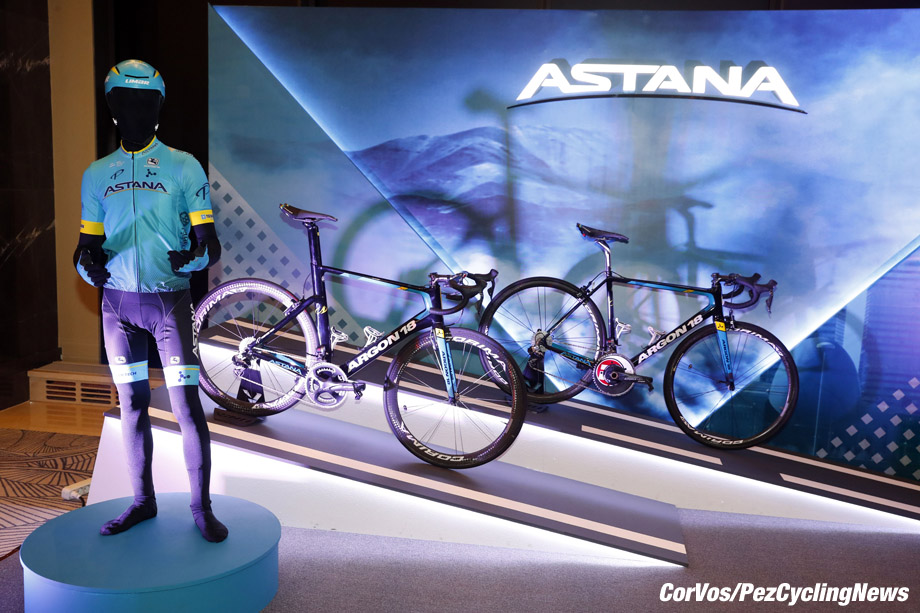