PeloPic: Does The big winner of the 2017 cyclocross season, Mathieu van der Poel (Beobank-Corendon), suffering with a cold or is the World champion, Wout Van Aert (Crelan-Charles), coming into form in time to retain his Rainbow jersey?

Van Aert won the Namur round of the Telenet UCI World Cup on Sunday with a solo performance taking a minute out of second placed Toon Aerts (Telenet-Fidea), with European champion Van Der Poel a further 2 seconds back. It was a muddy day in Belgium, but Van Aert attacked on the first lap and was not seen again by the others till the podium. 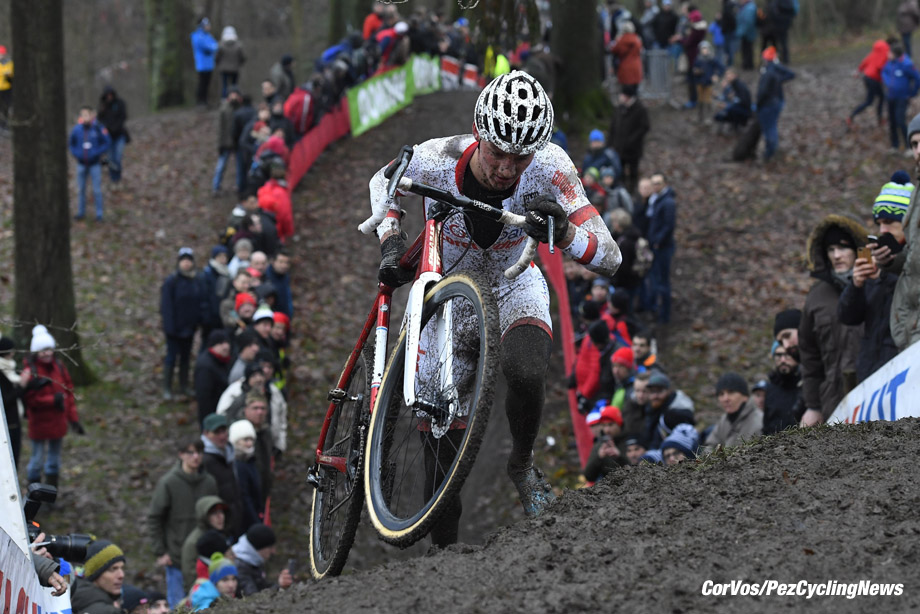 It wasn’t to be the European champion’s day 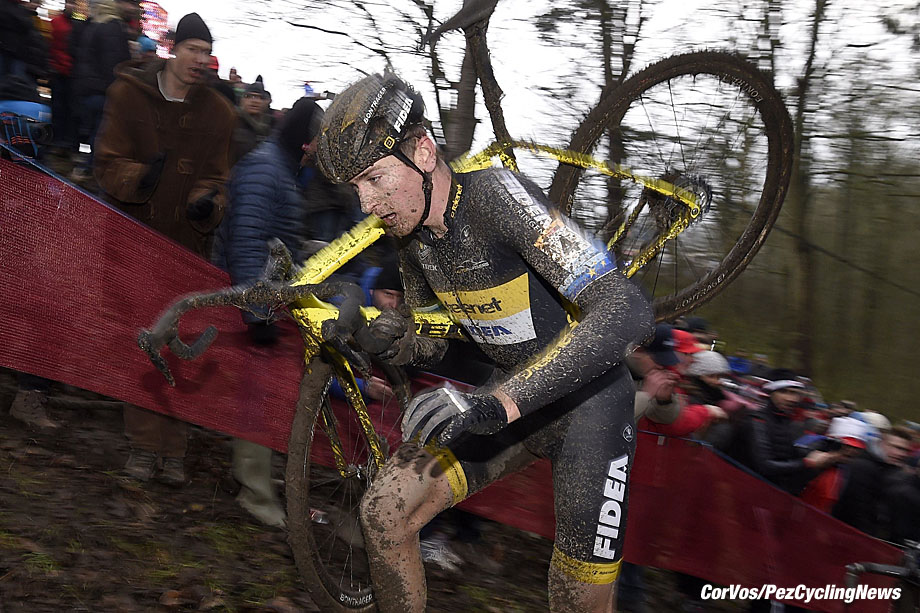 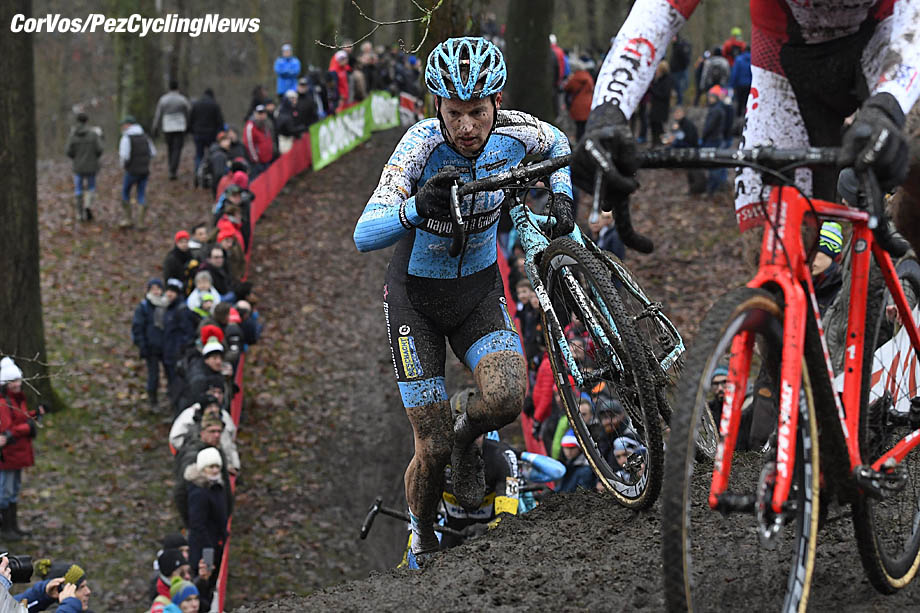 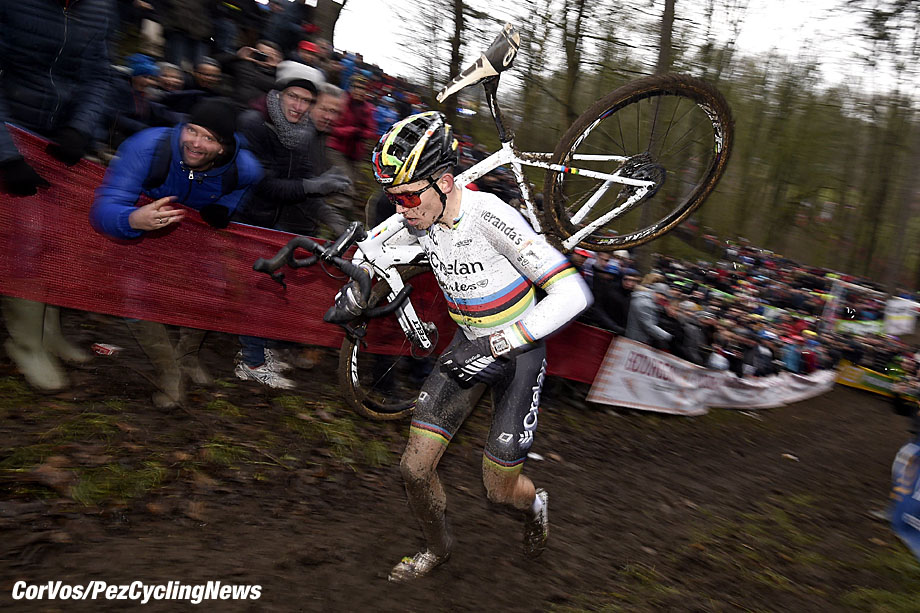 The World champion solo in the mud of Namur 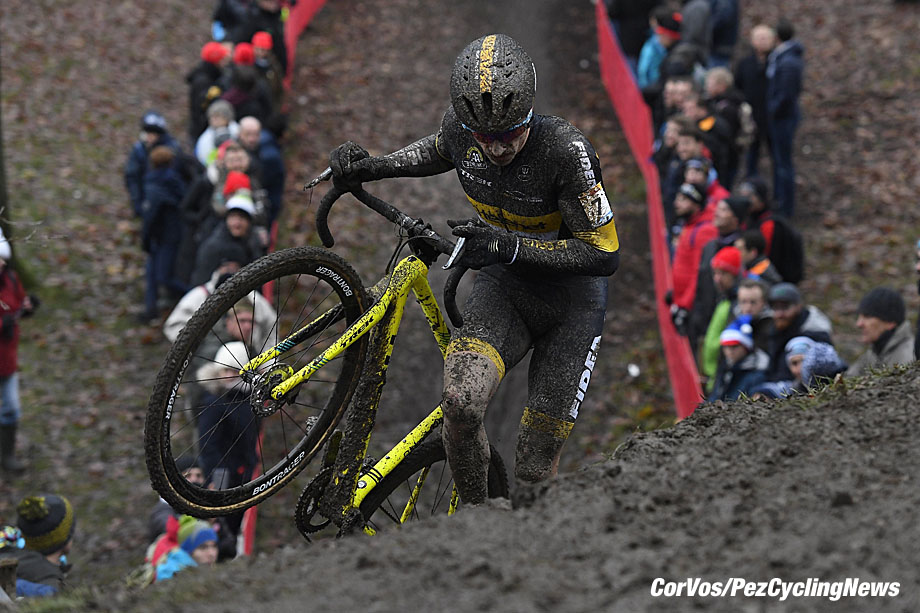 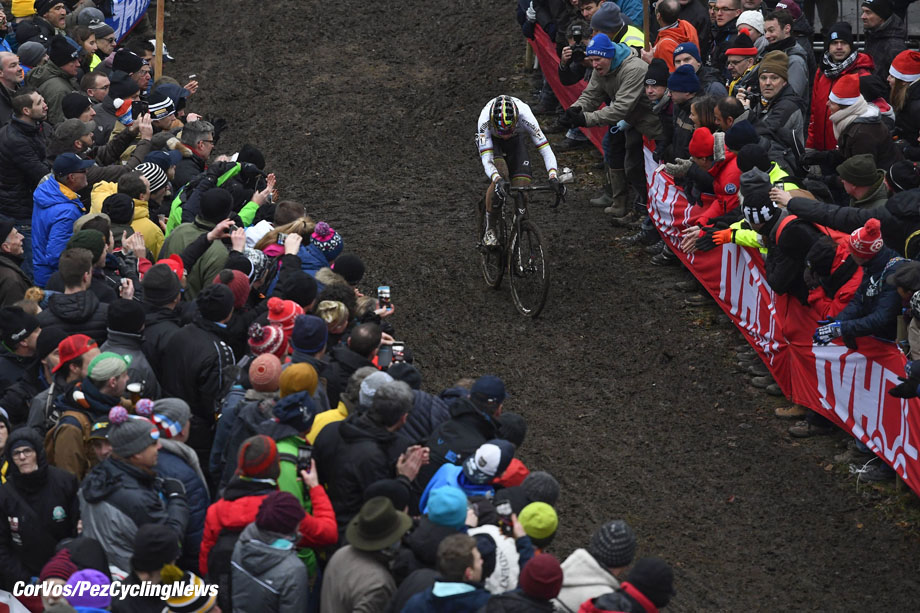 World champion Wout Van Aert was king of the mud 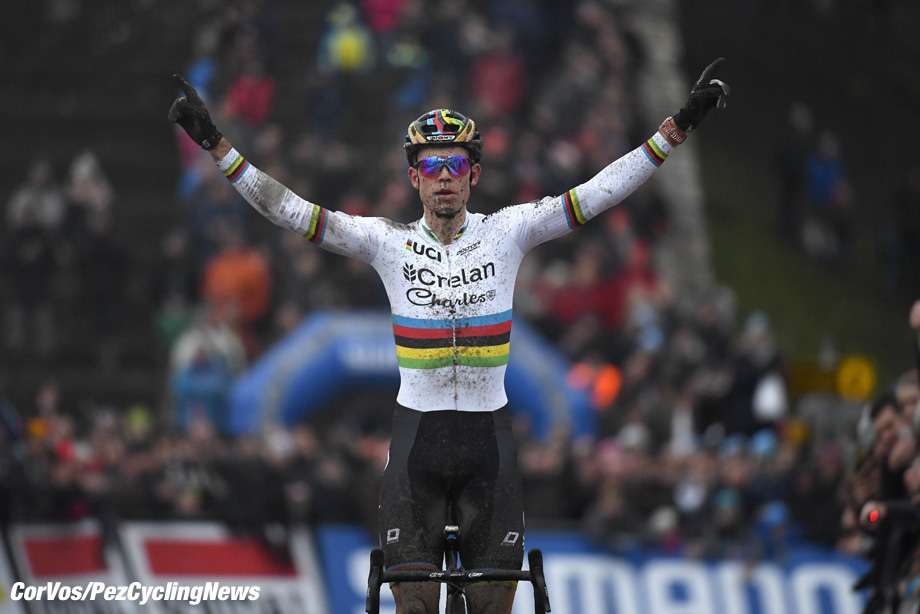 Over a 1 minute victory by Wout Van Aert 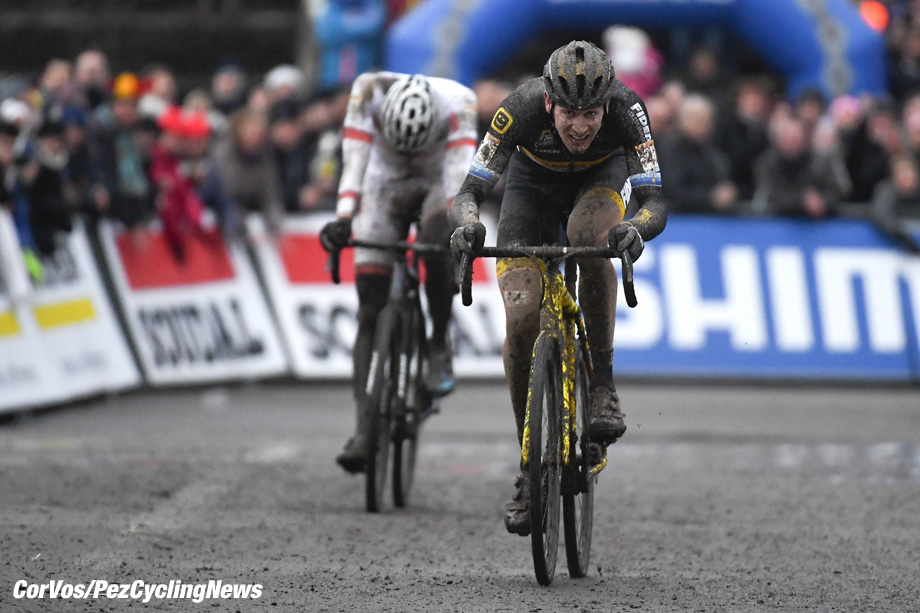 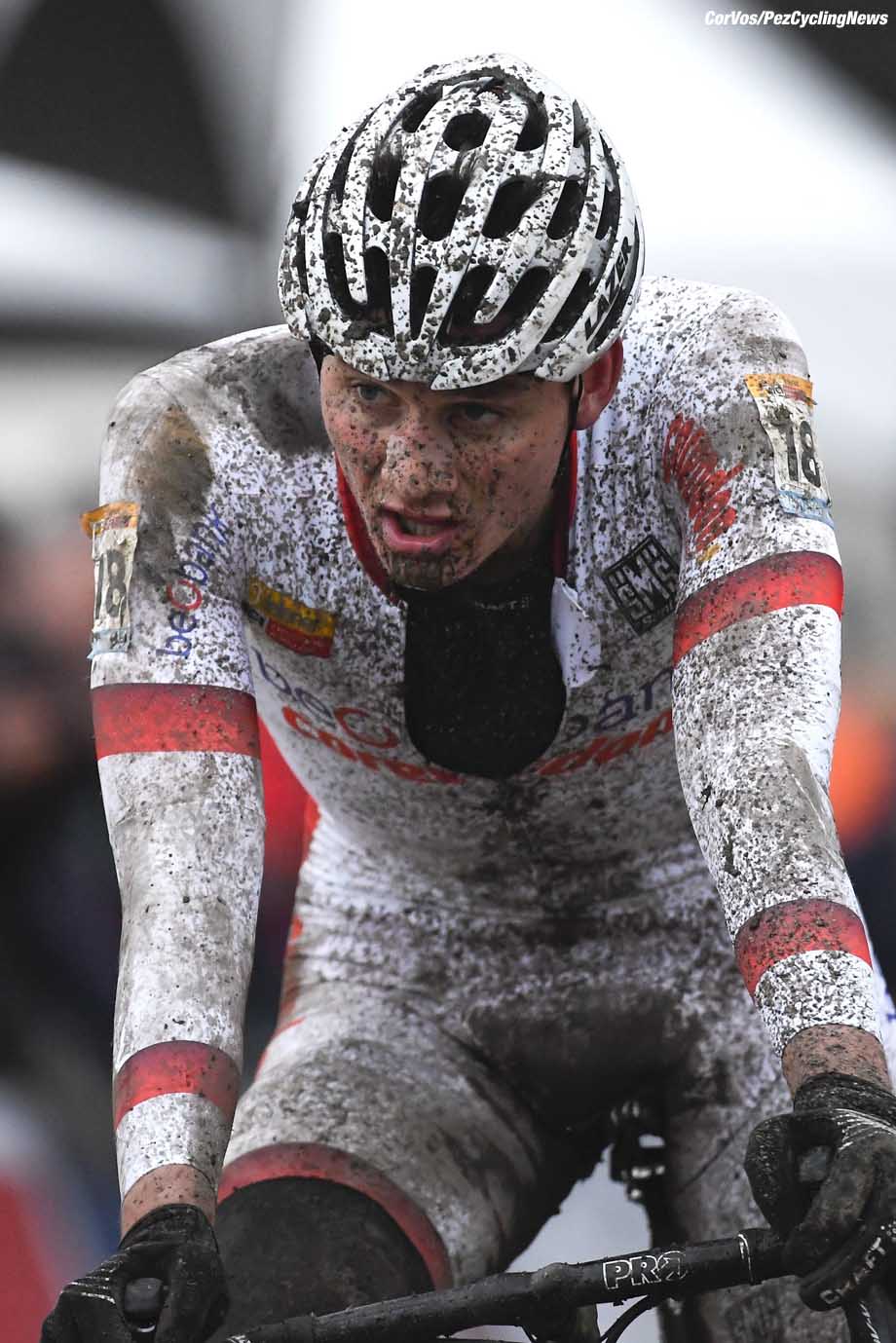 A hard weekend for Mathieu 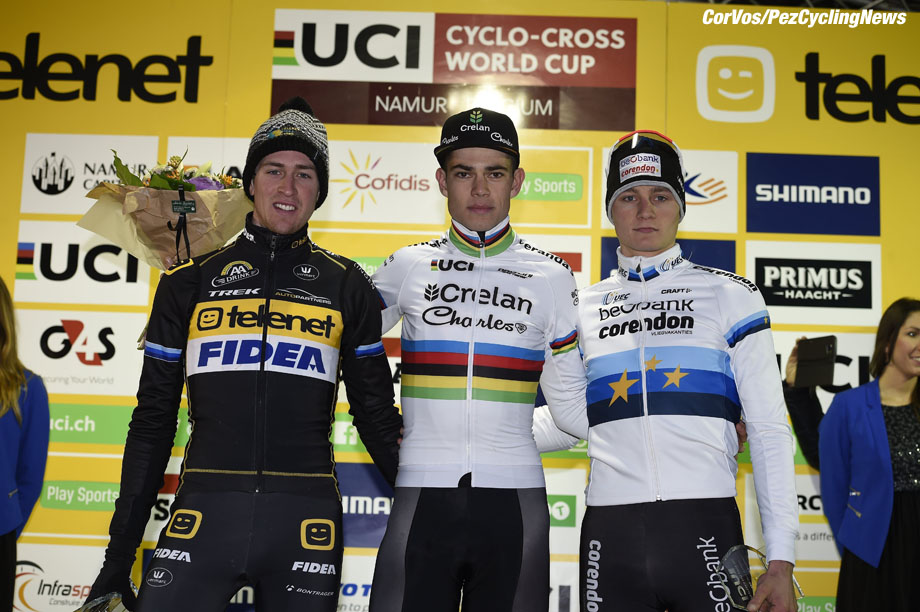 GFNS Grows to Eleven Events in 2018