PeloPic: Back in 1999 it was Adri van der Poel who was the Dutch cyclo-cross star of the day, here he leads Italian Daniele Pontoni in the World championships in Poprad, Slovakia. Adri, father of Mathieu and David, was Dutch cyclo-cross champ on six occasions and World champion in 1996 as well as winning the Superprestige and the UCI world Cup. At the same time as being a top man in cross, he also won a string of Classics, including Flanders, Liege, Amstel and San Sebastian.

His sons will be racing again this weekend, with Mathieu probably taking the wins. The Jaarmarktcross in Belgium or the Toi Toi Cup in the Czech Republic on Saturday and the Telenet Superprestige in Gavere, Belgium on Sunday, make for a full weekend of mud. 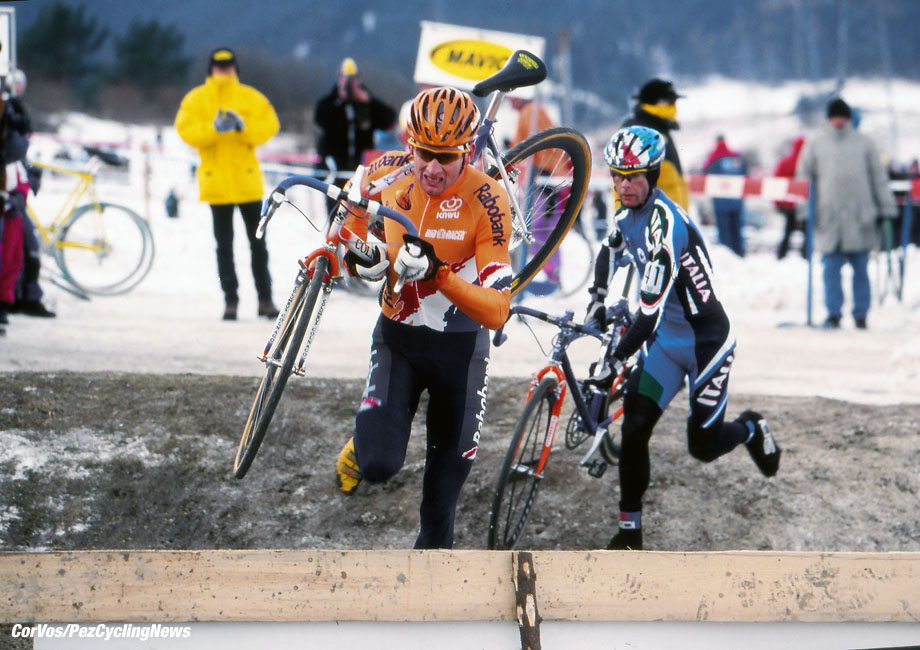