PeloPic: Richie Porte (BMC) stamped his authority on Willunga Hill with an incredible fifth consecutive win on stage 5 of the Santos Tour Down Under which put him into second overall on the same time as new race leader Daryl Impey (Mitchelton-Scott). 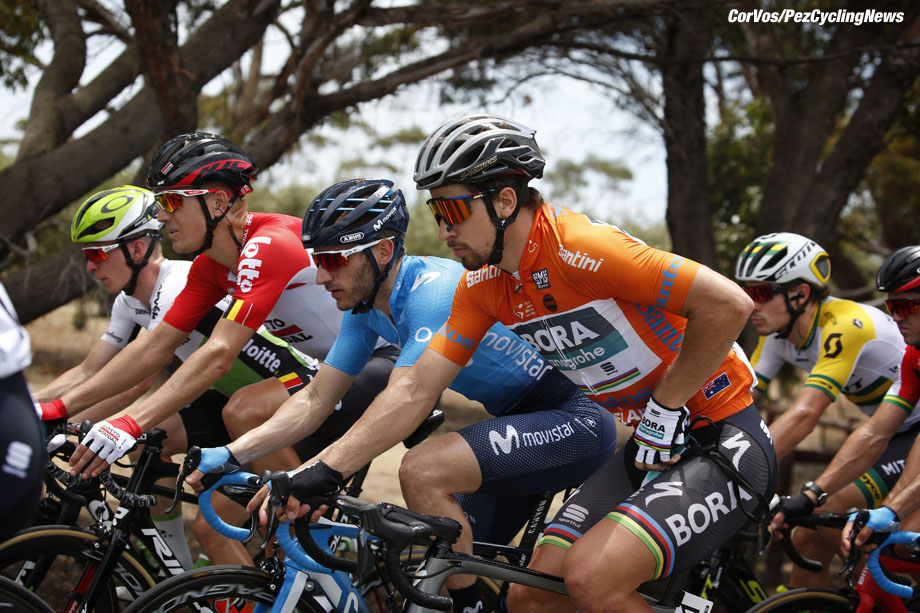 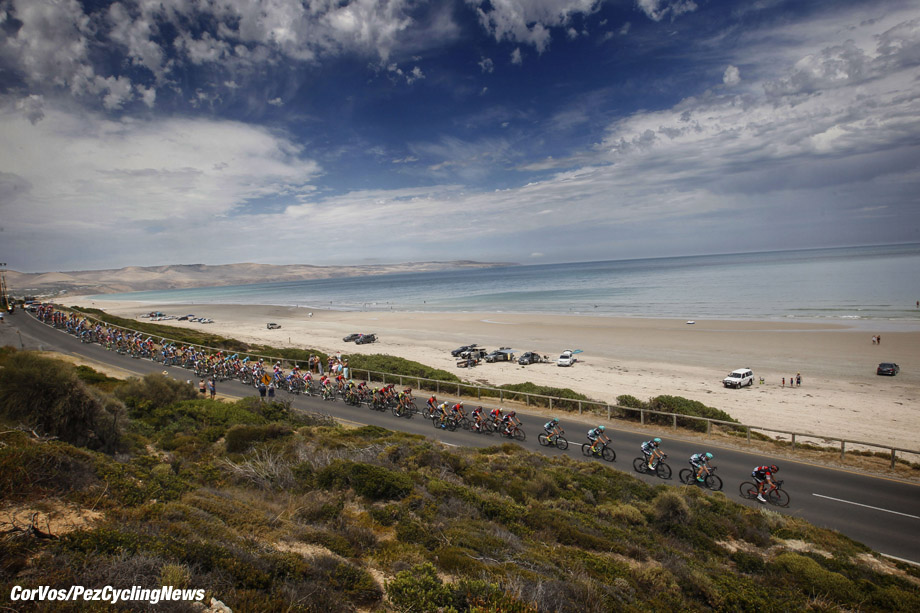 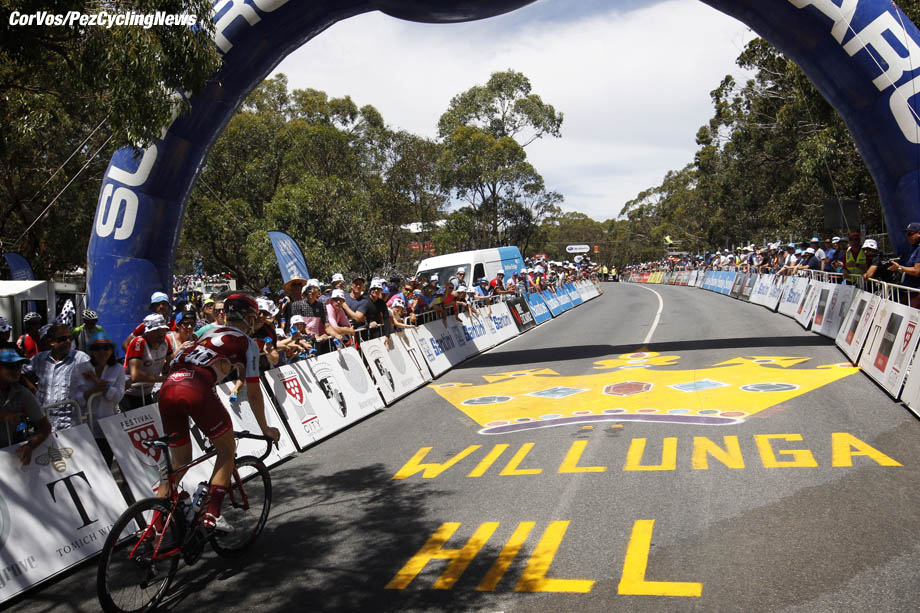 Willunga Hill – Were it was all going to happen

Jay McCarthy (Bora-hansgrohe) was the only rider who could match Porte’s speed but 500m later, Porte attacked again to go solo as he has every year. 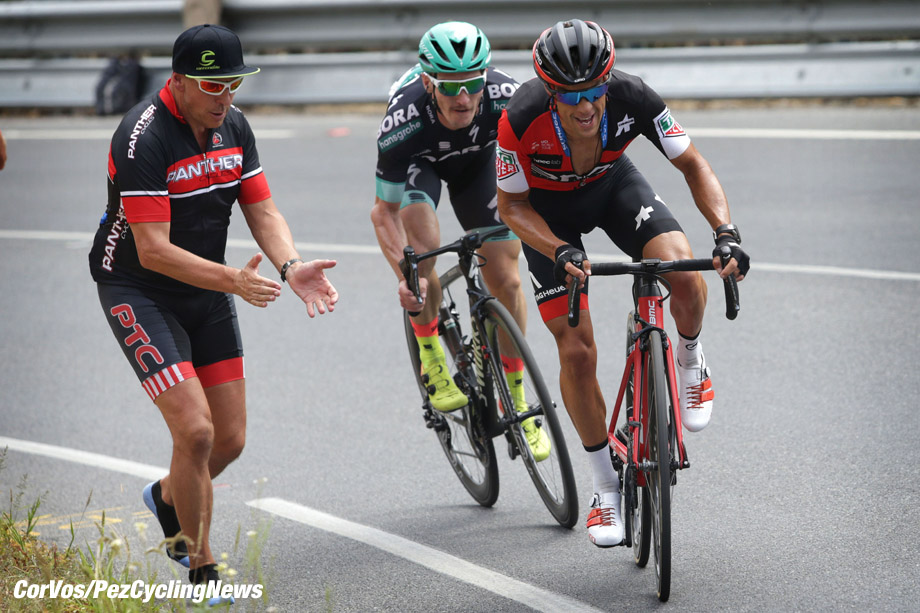 Porte attacked and only Jay McCarthy could go with him 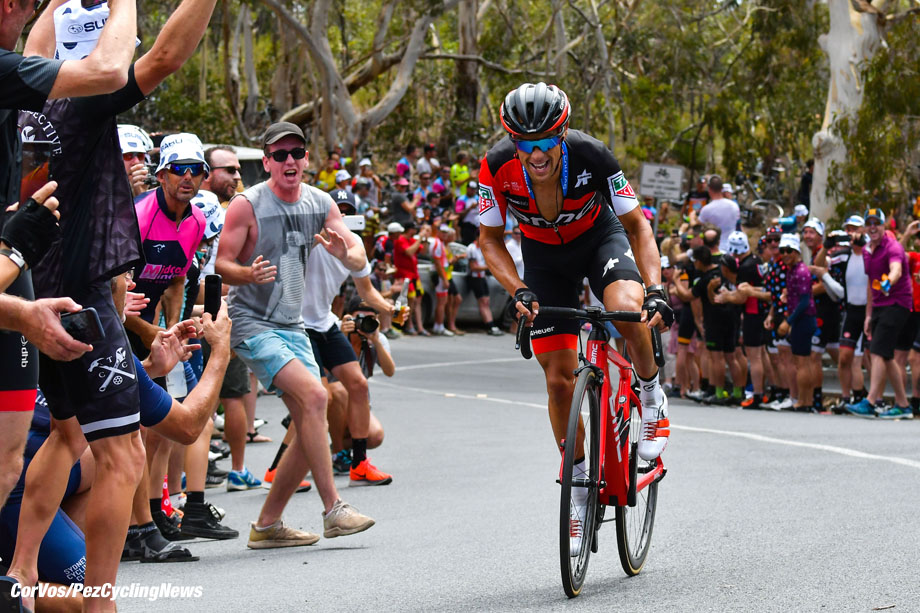 Porte pushed on through the pain in the final kilometer to reach the finish line and raise his arms in his signature victory salute while behind, the battle was on for minor places and to determine the General Classification. 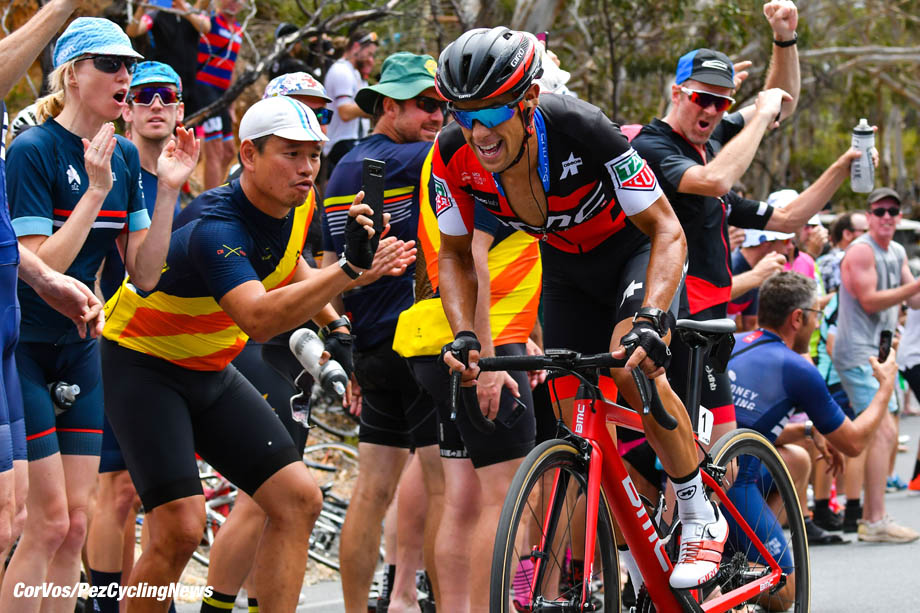 Hundreds of fans on Willunga 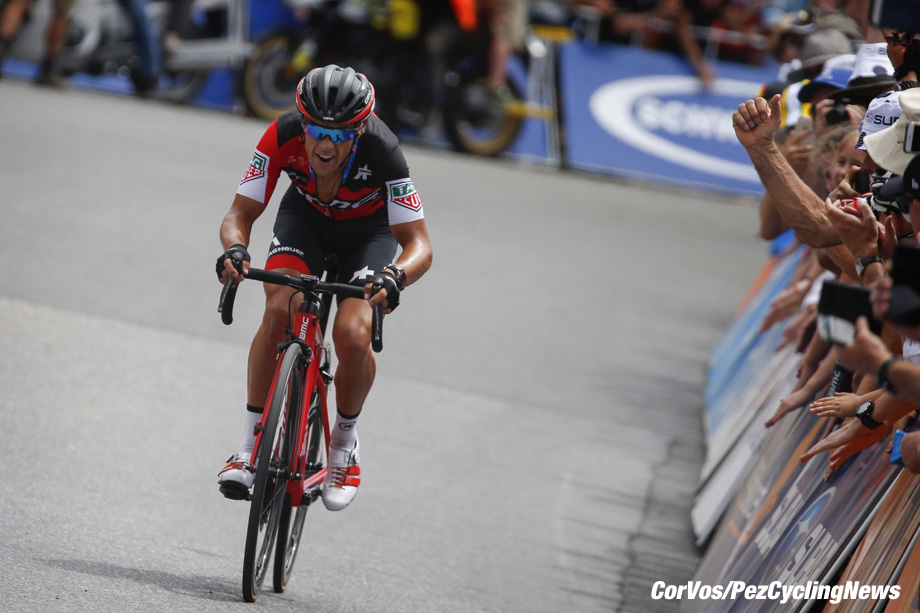 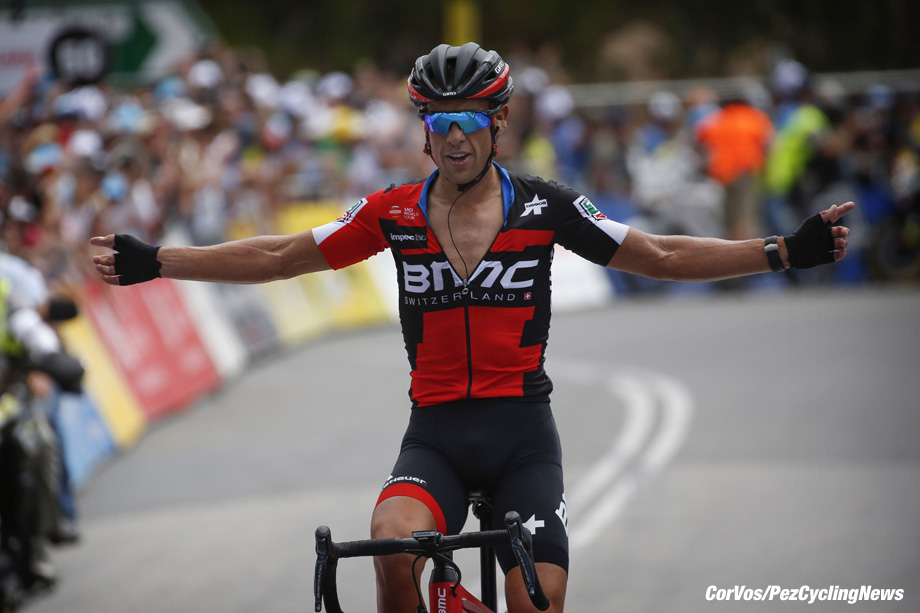 The win for Richie Porte… but no overall lead

Stage winner and 2nd overall, Richie Porte (BMC): “I tell you what that was the hardest one to win so far. I think it was such a hard lead in there at the bottom when Education First put it into the gutter. I felt great and the guys looked after me all day but it hurt so much. We talked about it this morning with guys like Simon Gerrans. He has been a fantastic addition to our team. I couldn’t look back, I just had to go. Of course, you look back a bit and I could see that Jay McCarthy (Bora-hansgrohe) was strong to start with. I think this stage is much better for me than it is for him so I just stuck in. I must admit with 300 meters to go, I almost stopped. Maybe I went a bit too hard. Last year winning with the ochre jersey was special but this is up there as one of the most special too.” 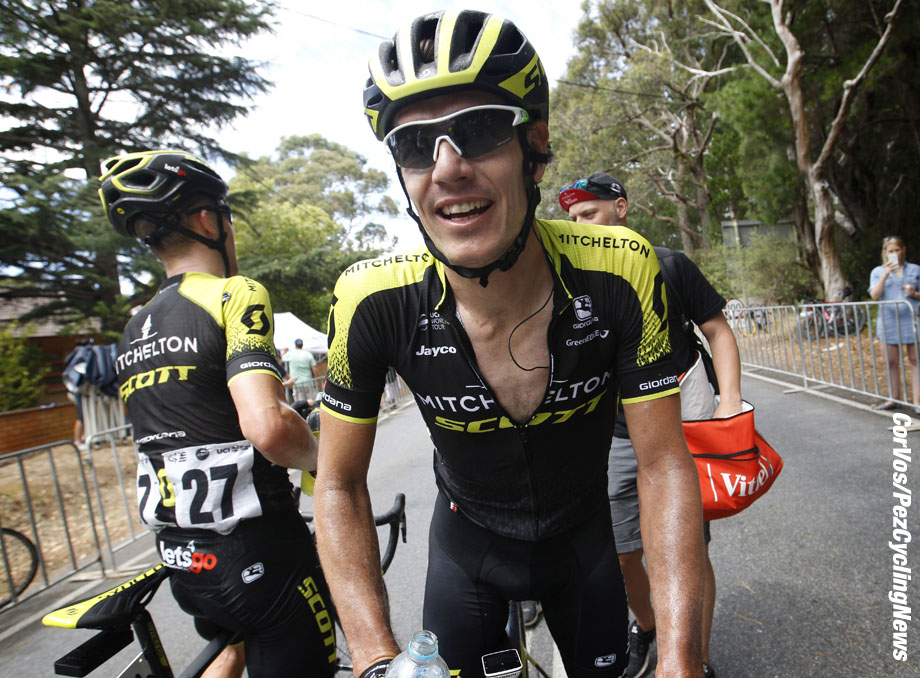 Impey crossed the line in second place, eight seconds behind, which was enough to equal Porte’s overall time but move into the race lead on a count back of previous stage results. 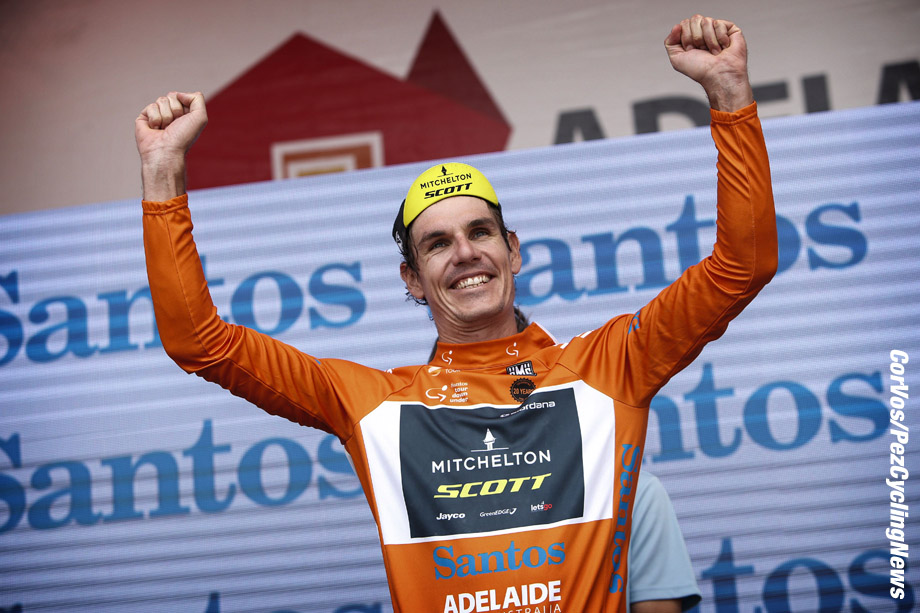 Daryl Impey takes the leaders jersey, but on the same time as Richie Porte

Tour Down Under stage 5: