PeloPics: Maximilian Schachmann gave the Quick-Step Floors team yet another win to add to their 2018 tally. The young German rider out-sprinted Diego Rubio (Burgos BH) at the end of stage 6 of the Volta a Catalunya. Sam Bennett (Bora-Hansgrohe) brought in the peloton 18 seconds later for third place. Alejandro Valverde (Movistar) finished in the bunch to hold overall lead with one stage to go.

Schachmann and Rubio broke away early to gain a 4 minute lead on the shortened stage. Due to the weather the 194 kilometers had been cut to 117 kilometers. Mitchelton-Scott, Bahrain-Merida and Bora-Hansgrohe eventually started to chase to set up their sprinters, but they left their effort just that little bit too late. Five kilometers out the pair still had just under half a minute and held them by 18 seconds at the line where Schachmann took his first WorldTour win. 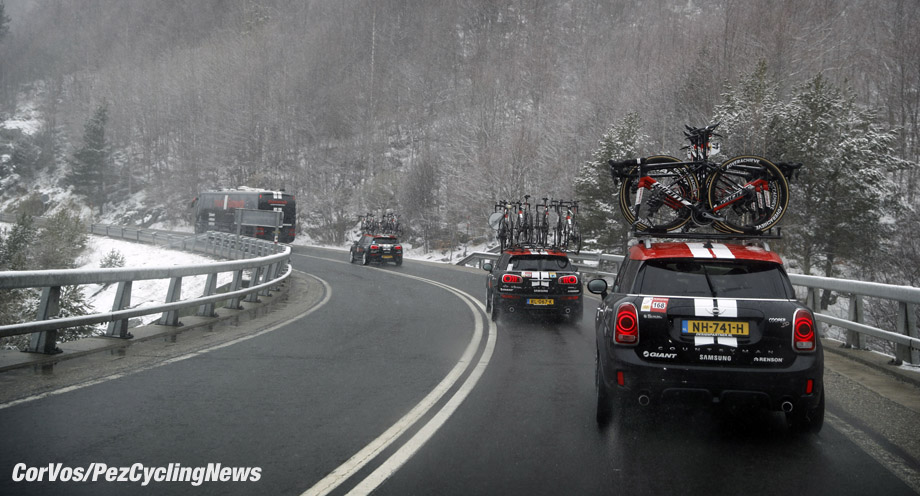 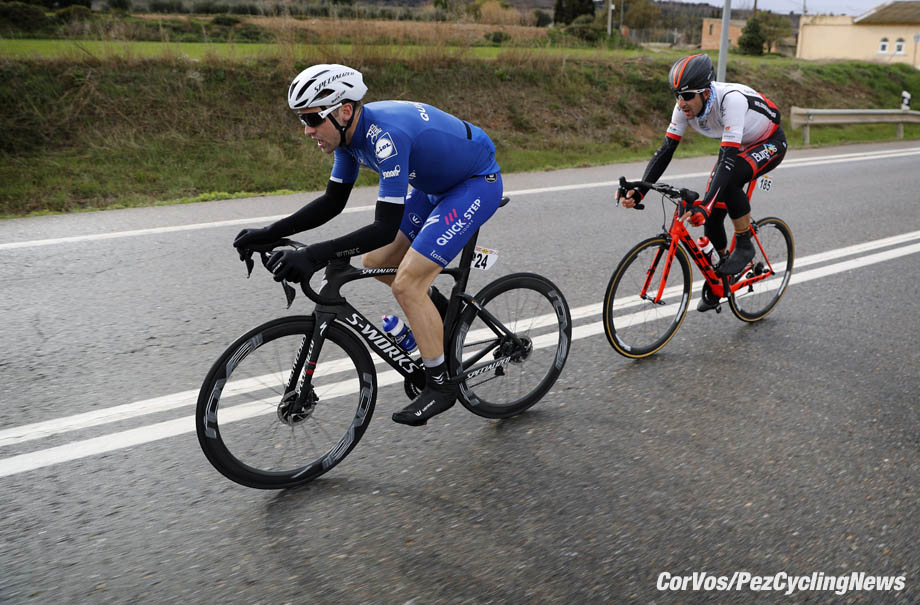 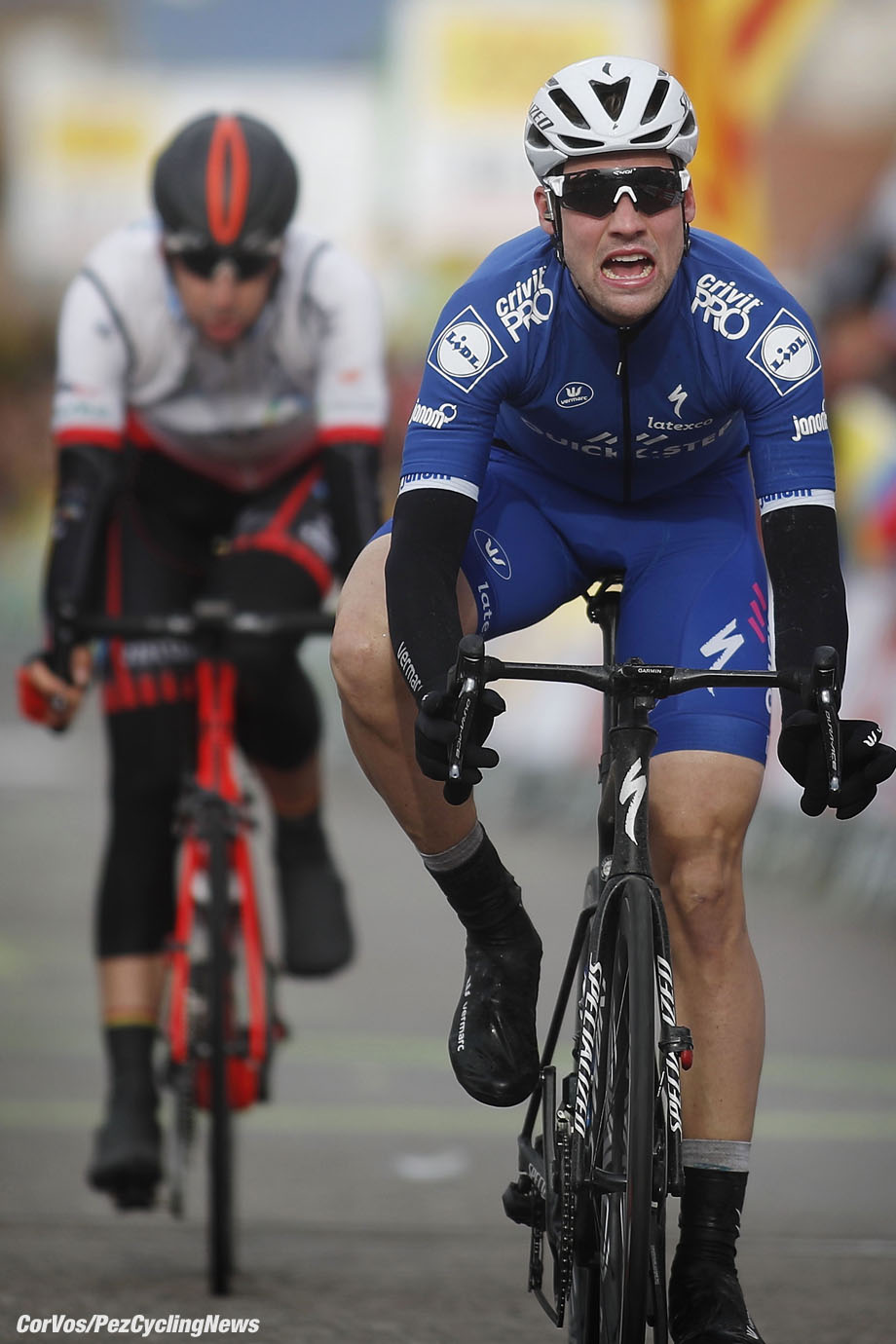 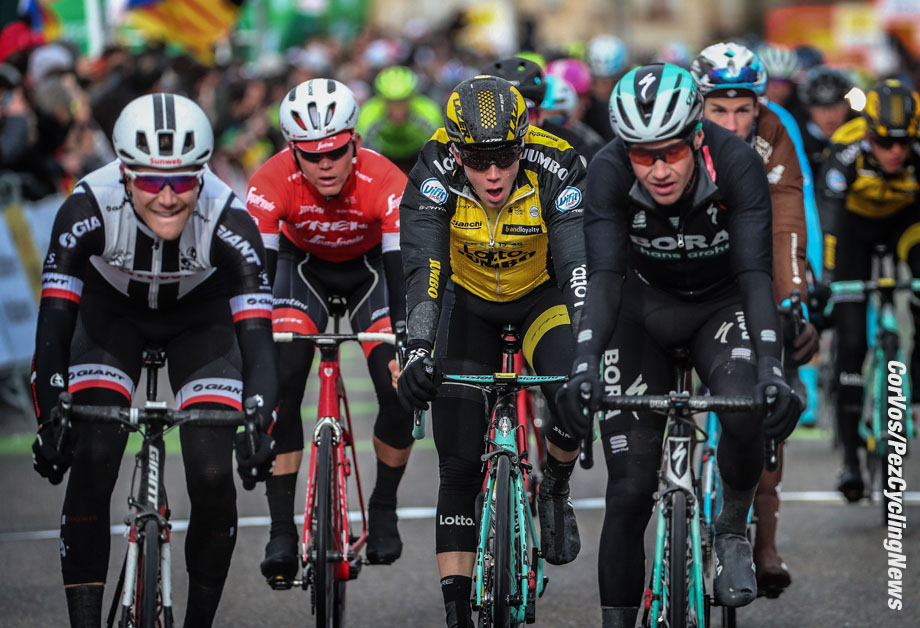