PeloPic: After a successful 2017, Team Sunweb presented their 2018 roster at Umspannwerk, Alexanderplatz in Germany’s capital, Berlin. For the second consecutive year Team Sunweb operates three programs under the same umbrella – men’s WorldTour, women’s WorldTour and development – with all of the team’s latest promising additions were seen for the first time wearing their distinct black and white two-stripe jersey. 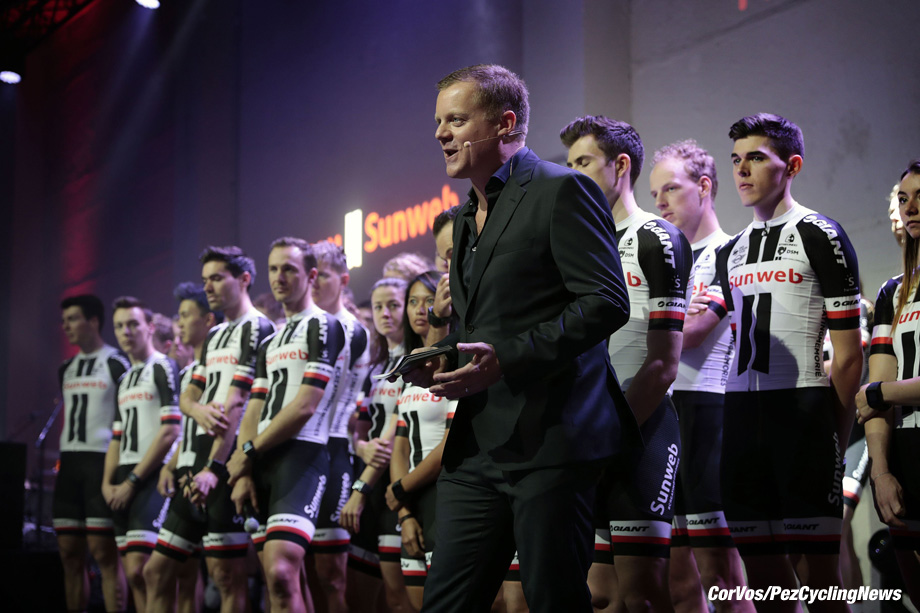 Marc Bator introduced the team in Berlin on Thursday

Two of the biggest winners of the 2017 season, Coryn Rivera and Tom Dumoulin were the stars of the show. During the Team Launch, Team Sunweb made some exciting announcements ahead of the upcoming season. 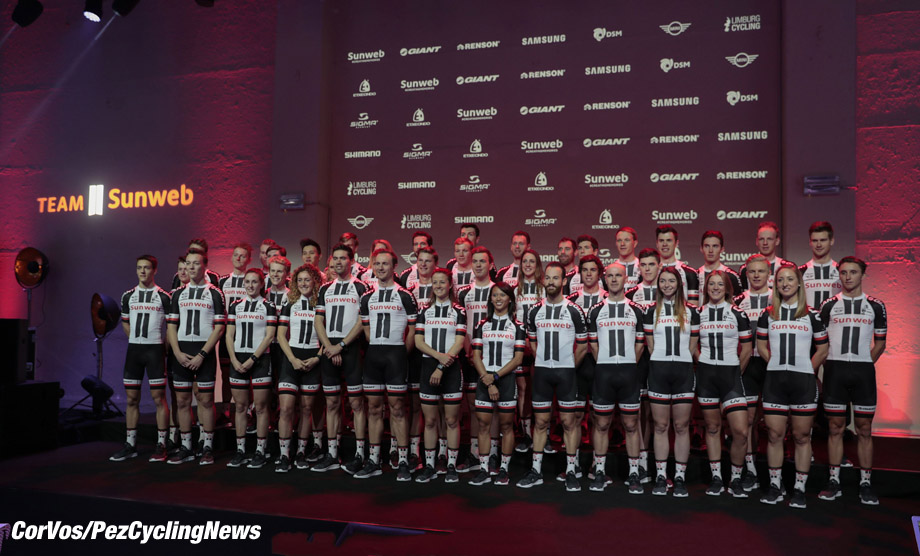 All the Sunweb teams

2017 Giro d’Italia winner, Tom Dumoulin pointed out: “It’s a new year, new start. I don’t see it as defending my title. I’m going back to do my best. It’s s cliche but it’s true: everybody starts from zero on January 1.”

The Dutchman added: “We looked at the courses of Giro d’Italia and the Tour de France and the Giro was more favourable to me. I’d like to go for the win again.” 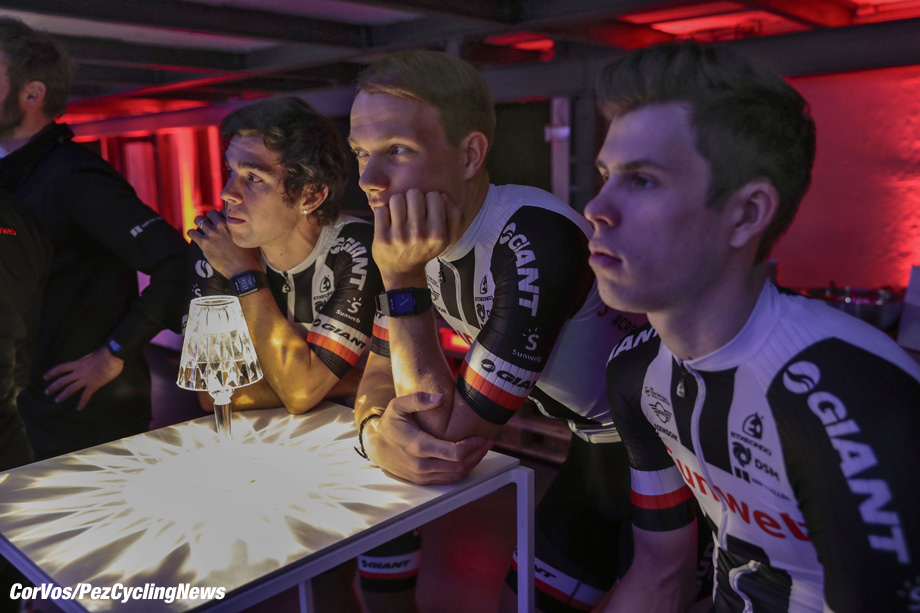 Michael Matthews and Nikias Arndt get ready for their audience

Dumoulin was also awarded the Association Internationale des Journalistes du Cyclisme (AIJC) most media-friendly rider. “I’m honoured to receive this award and bring it back to the team,” explained Dumoulin. “We really value a good relationship with the media and understand that this is part of my job as a cyclist throughout the year. I’m pleased to be considered as an approachable, keen-to-talk rider and I am happy that this is appreciated by the award.” 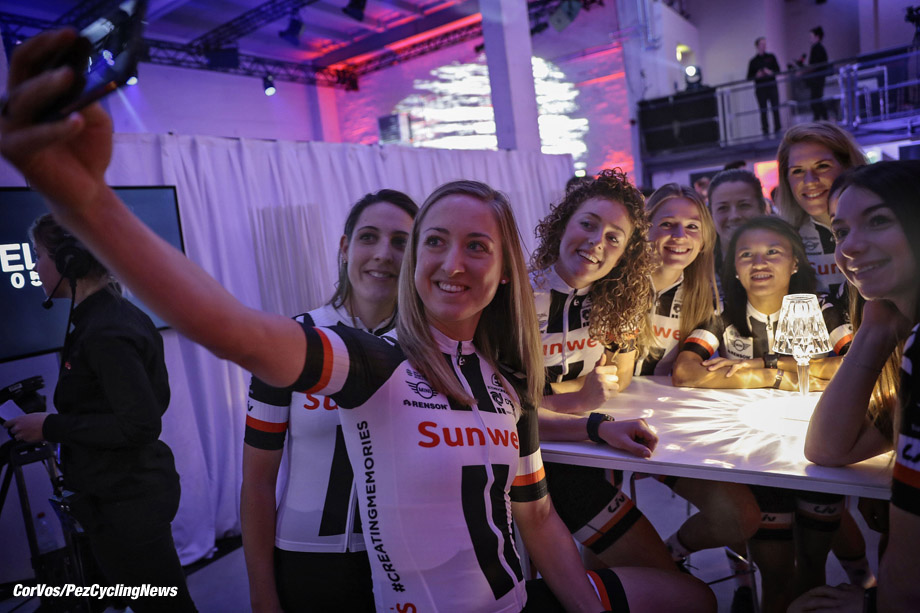 Leah Kirchmann and the girls 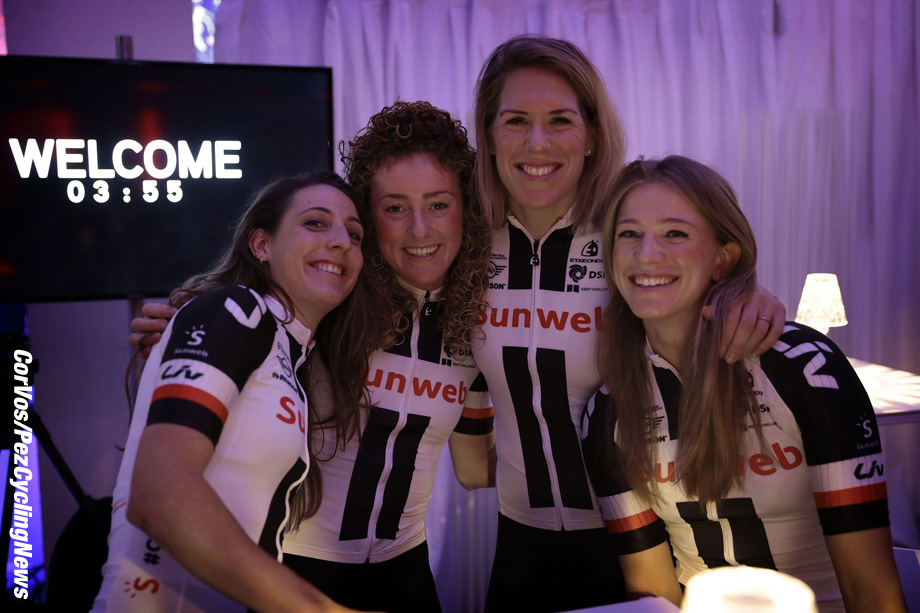 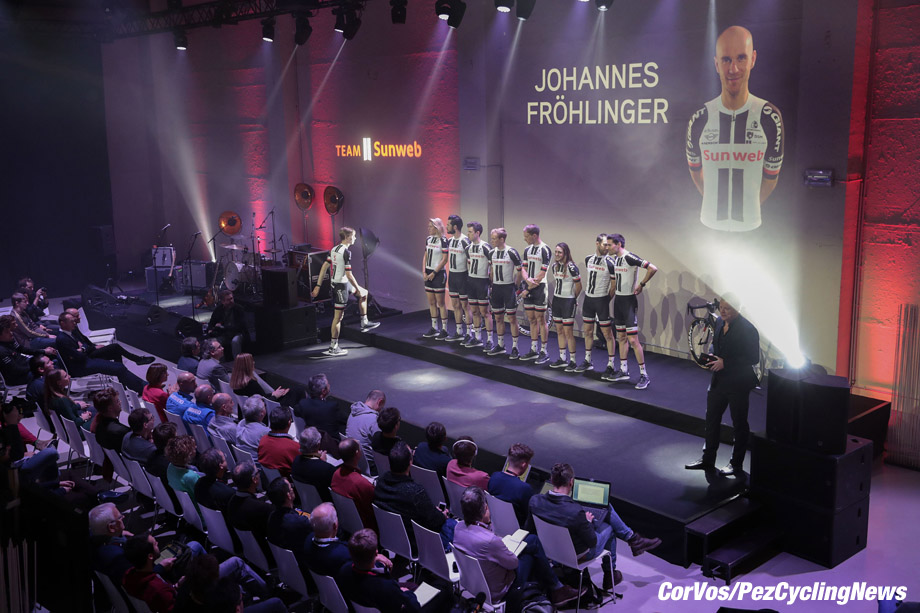 Getting the team on the road 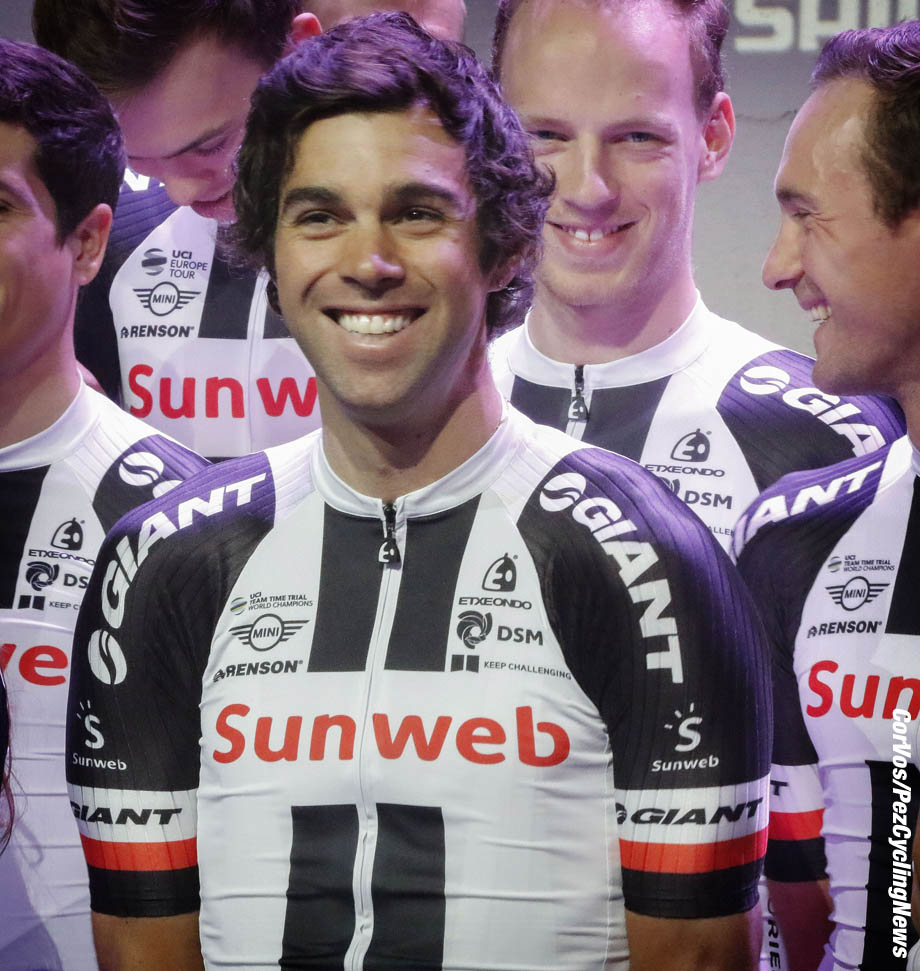 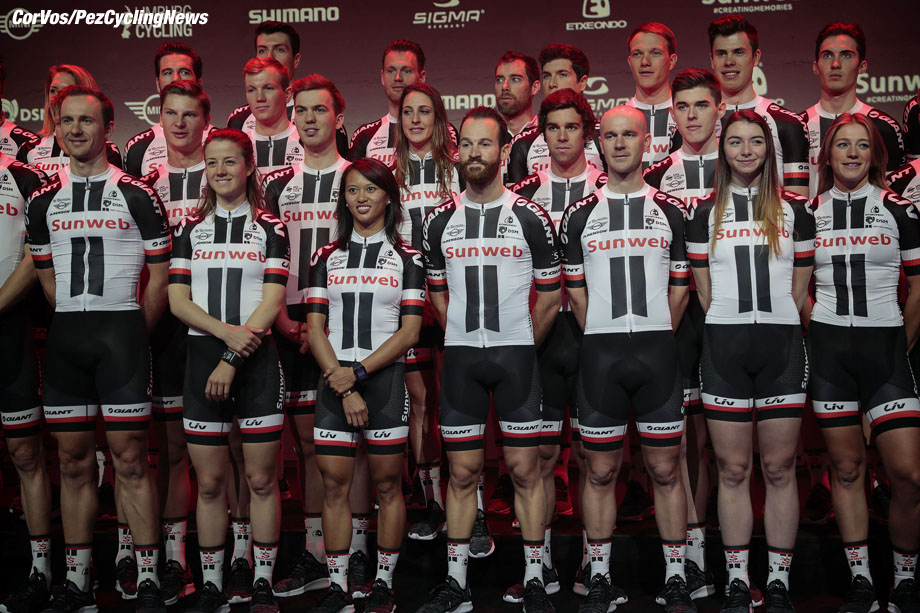 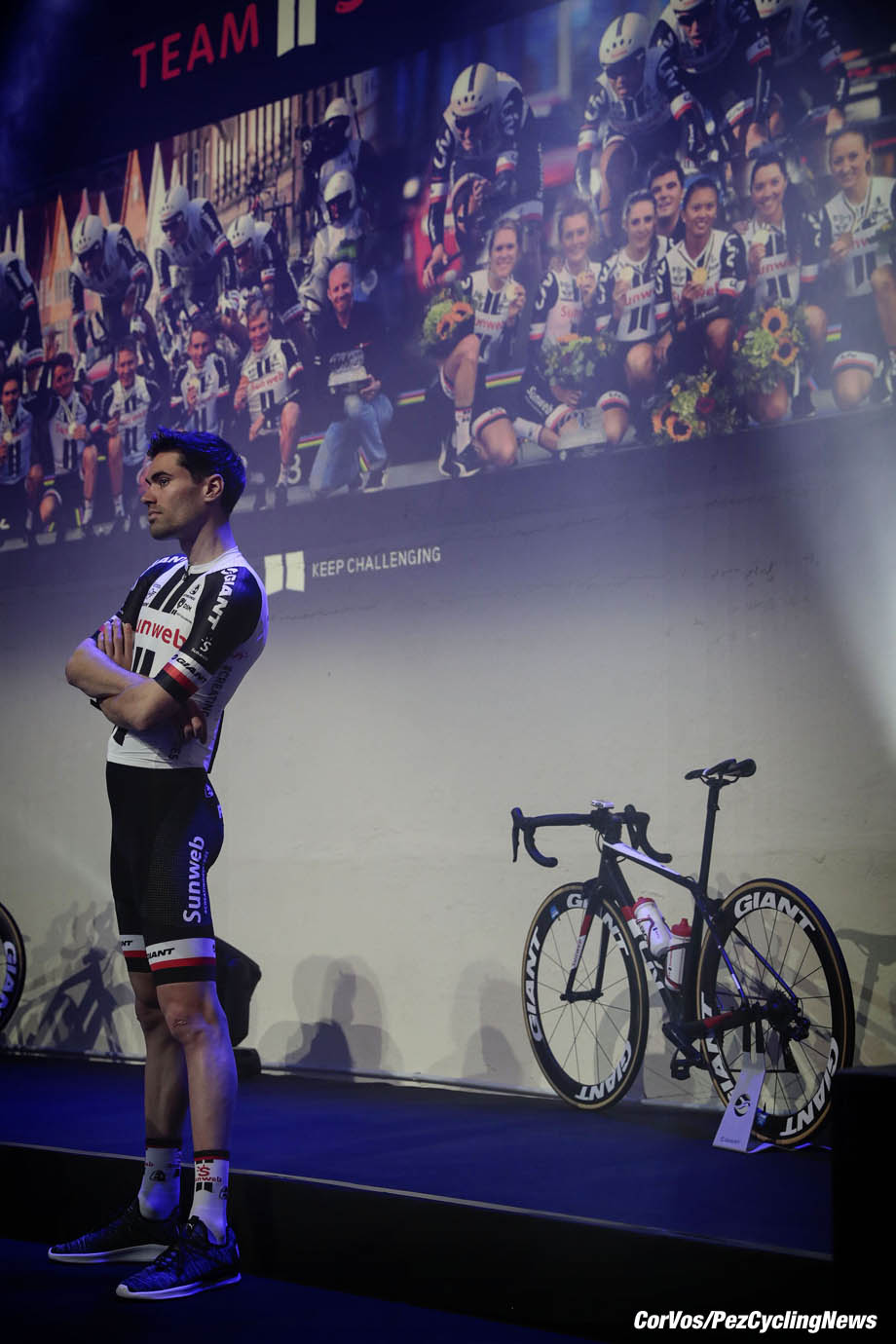 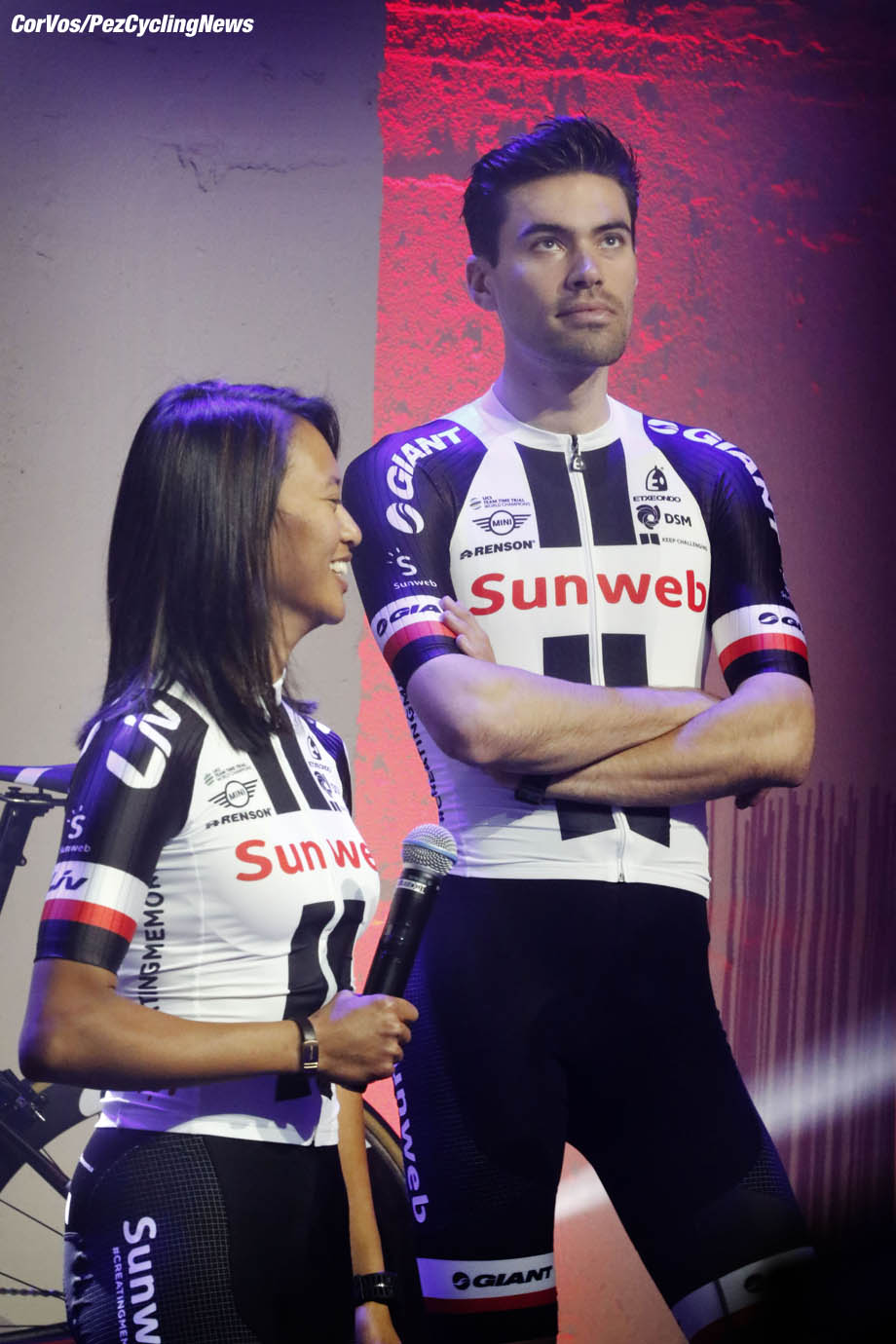 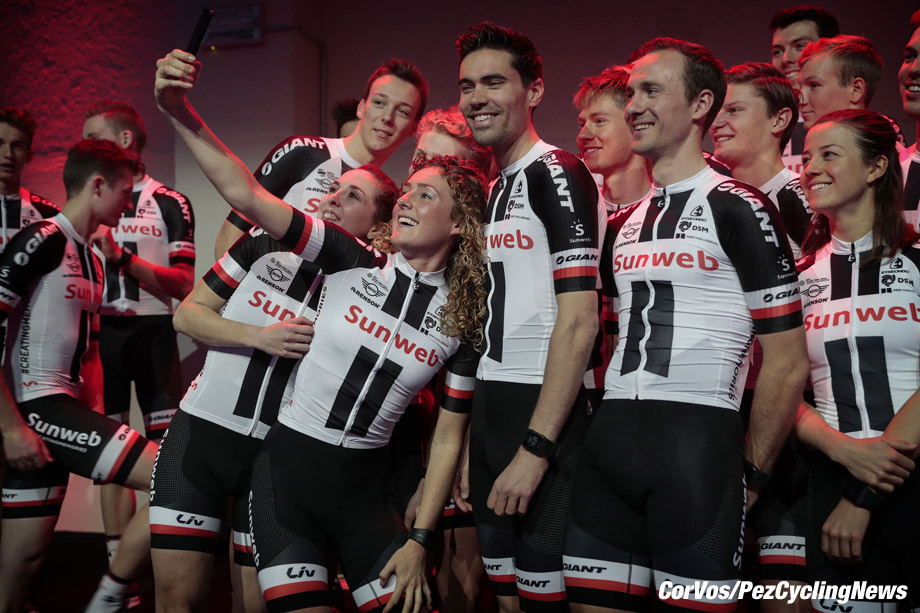 Everyone wants a selfie with Tom 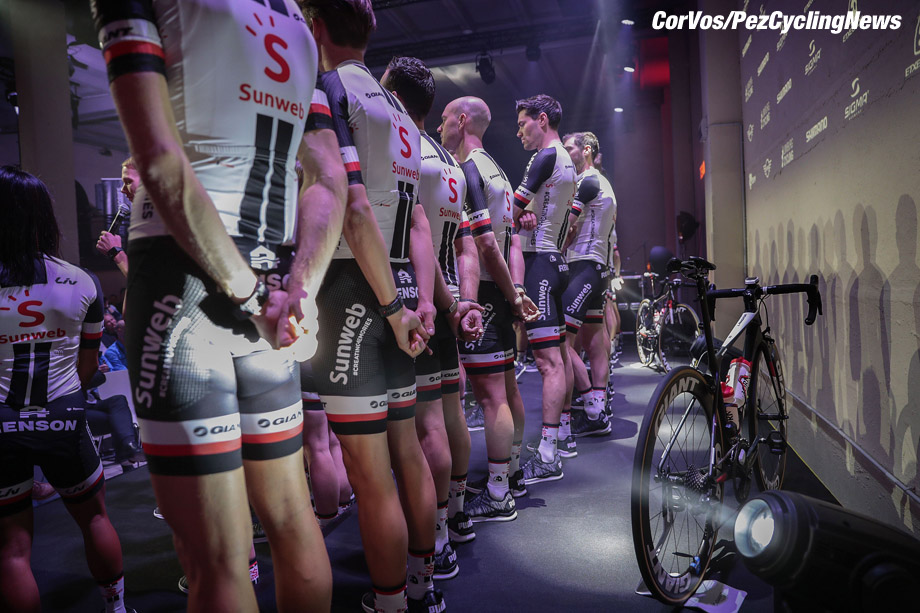 Behind the scenes in Berlin