The 2018 Vuelta a España Route Revealed

PeloPic:This Saturday, 13th of January, Unipublic revealed the official route of La Vuelta 2018, that will take place between the 25th of August and the 16th of September. The Spanish tour will depart from the Pompidou Centre in Malaga, in another clear example of the organisation’s aim to combine sports, culture and innovative departures. 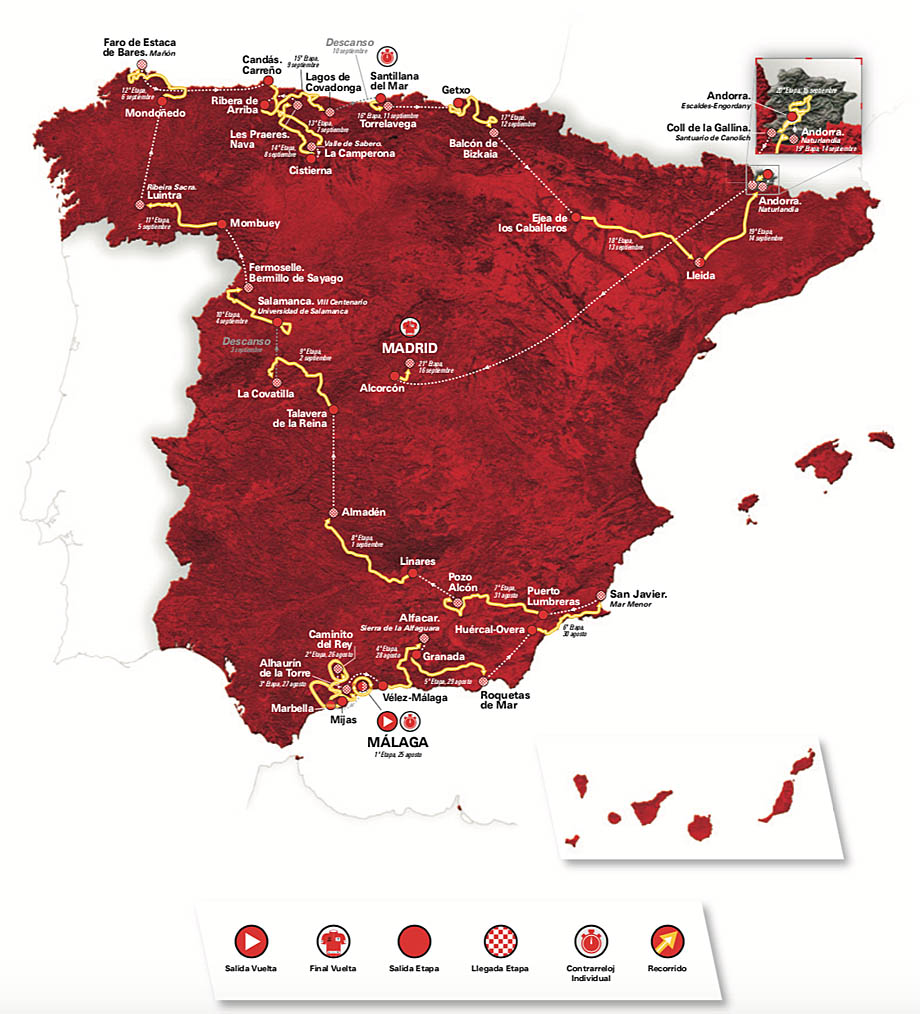 The inaugural prologue will consist of an 8-kilometre individual time-trial that will draw the first outline of a Vuelta with a very distinct Andalusian flavour during its first week. After Malaga, the peloton will travel to Granada, Almería and Jaén, briefly passing through Murcia before finally heading North. Castilla-La Mancha, Castilla y León, Galicia, Asturias, Cantabria – that will host a second individual time-trial spanning over 33 kilometres – the Basque Country, Aragon and Catalonia, will be the subsequent stops before facing the edition’s final challenges, with an extremely tough finale in two of the most demanding peaks located in the Principality of Andorra (the Coll de La Rabassa and La Gallina). The route will conclude in the city of Madrid, with a departure from Alcorcón and a finish-line at the Plaza de Cibeles, after passing through the Paseo del Prado, whose museum celebrates its second centenary this year. 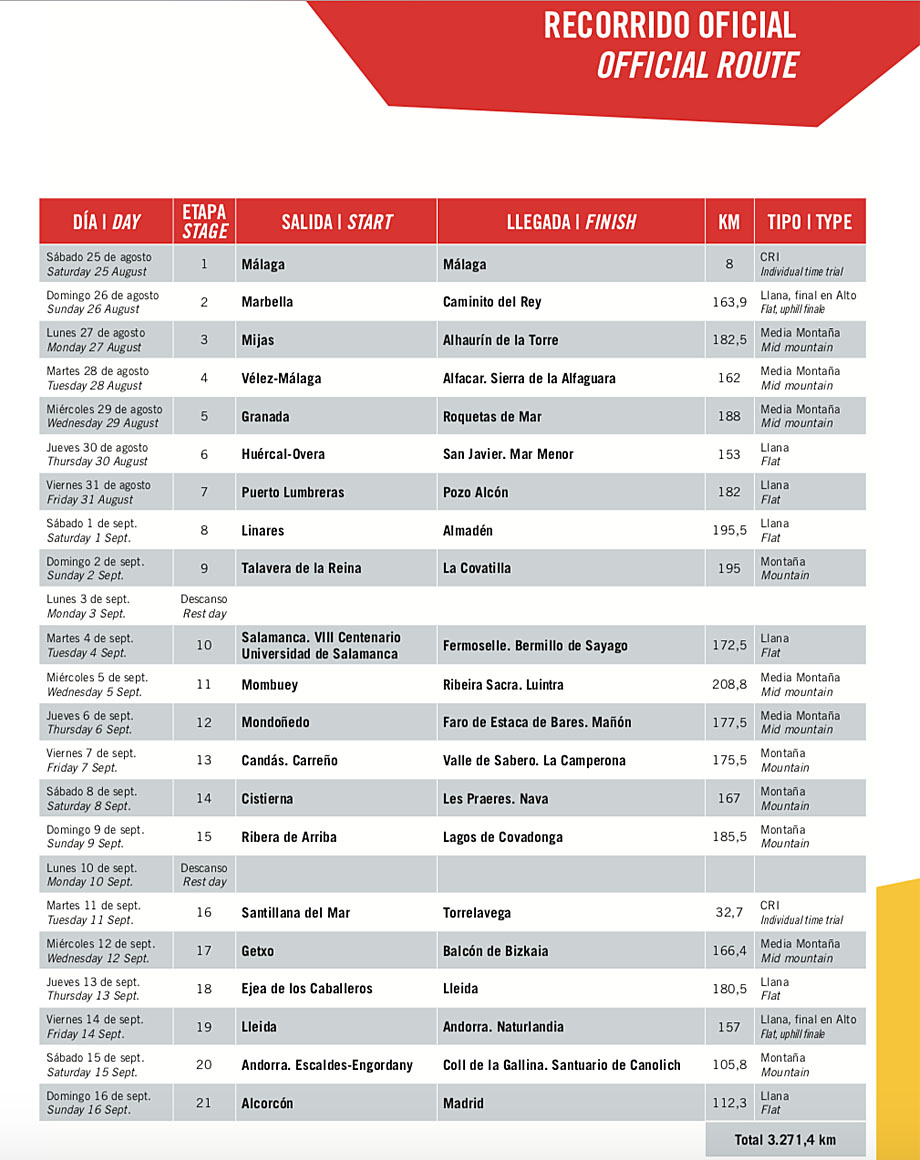 40 YEARS OF UNIPUBLIC
Unipublic celebrates 40 years as organiser of La Vuelta. “We are discovering new high-altitude finales and we want the mountain to again be a determining factor for La Vuelta. These are the distinguishing marks that have allowed us to breathe new life into the race and which we will continue to defend”, explained La Vuelta’s General Director, Javier Guillén. The Principality of Asturias and the Basque Country will host two of this year’s unprecedented finish-lines. Those two stages will be synonymous with epic spectacle and will really test the peloton’s leaders. “After 2018, Les Praeres, in Nava, and the Balcón de Bizkaia, will become truly unforgettable for viewers”, added Guillén. 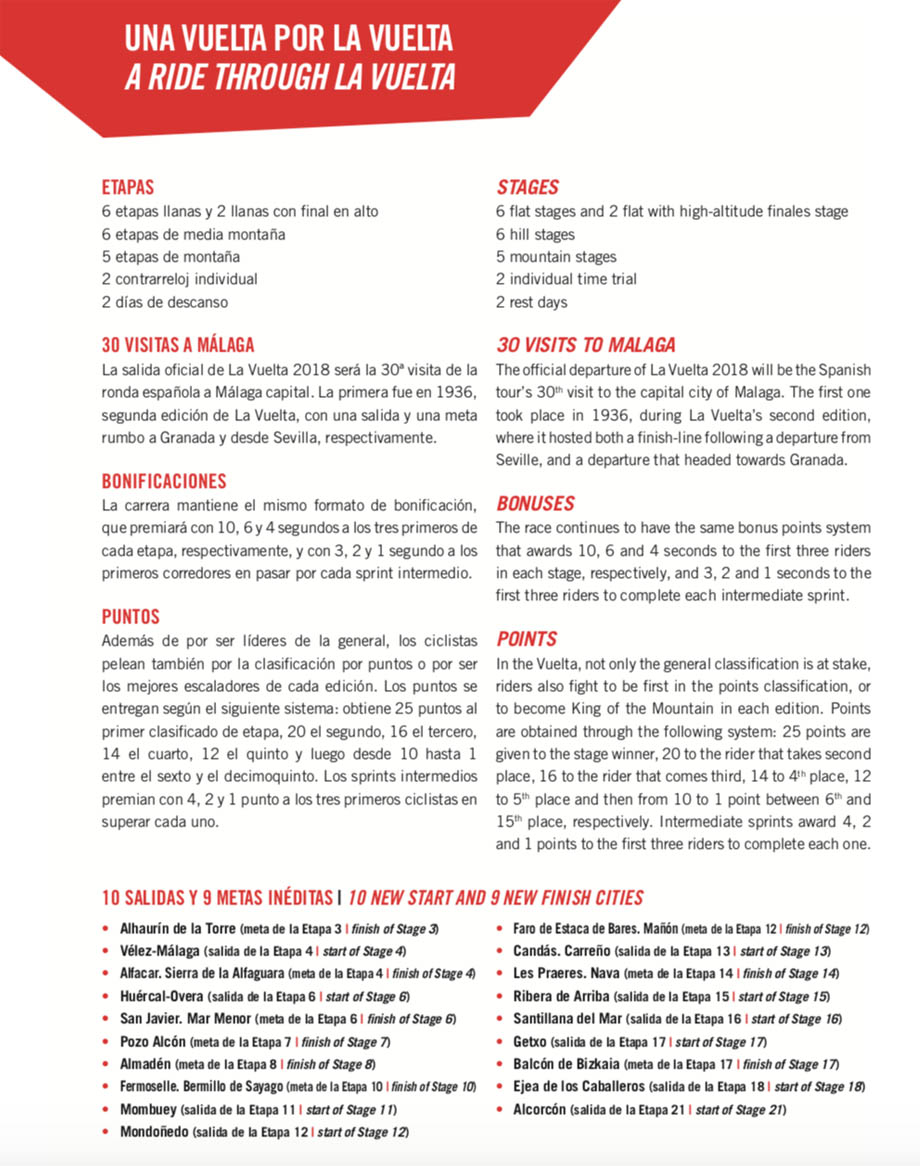 These novelties will combine with some of the “classics”. The Asturias-León triptych consisting of La Camperona, Les Praeres de Nava and Lagos de Covadonga, will test the strength of those hoping to win “La Roja” with three consecutive high-altitude finales – A trio with two well-known finales and one newcomer that will mark a turning point in La Vuelta 2018: a combination of tradition and modernity, in every aspect. 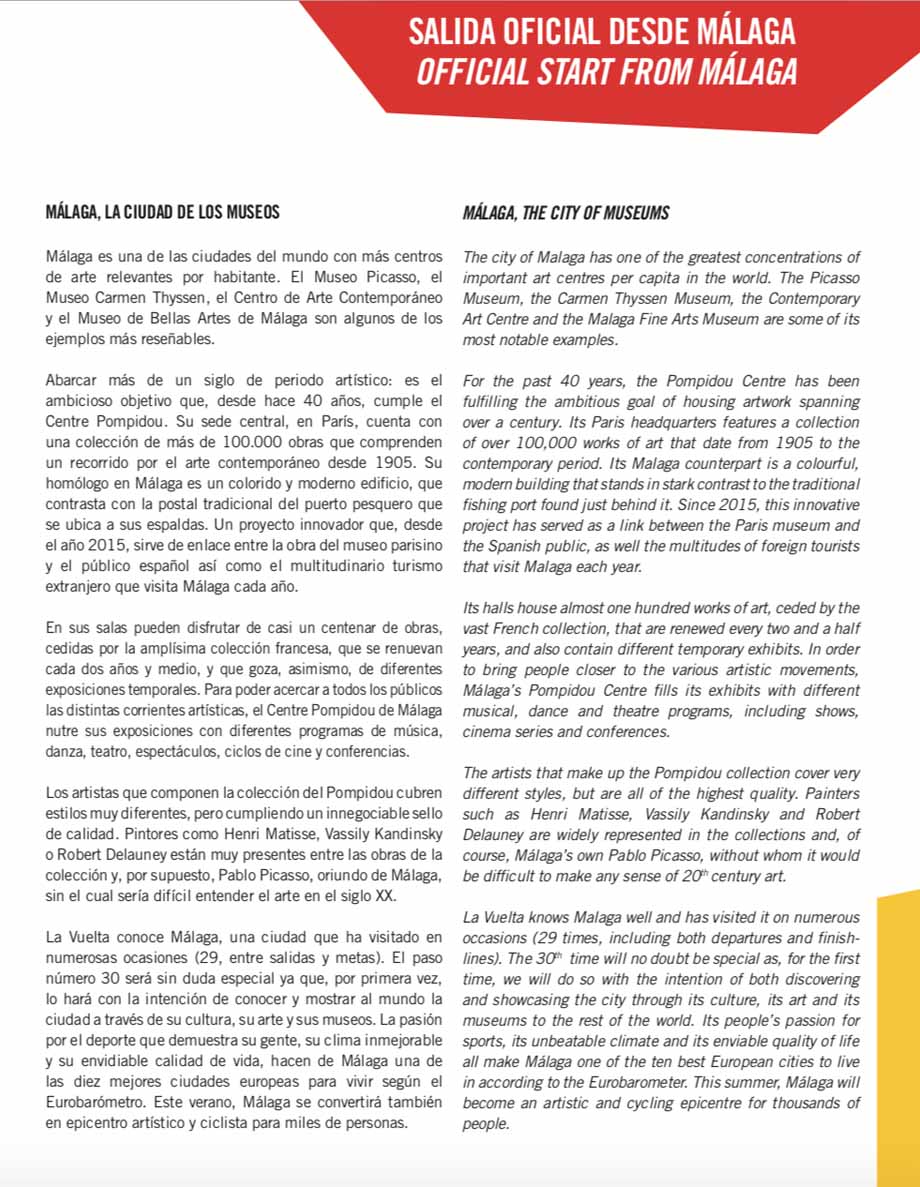 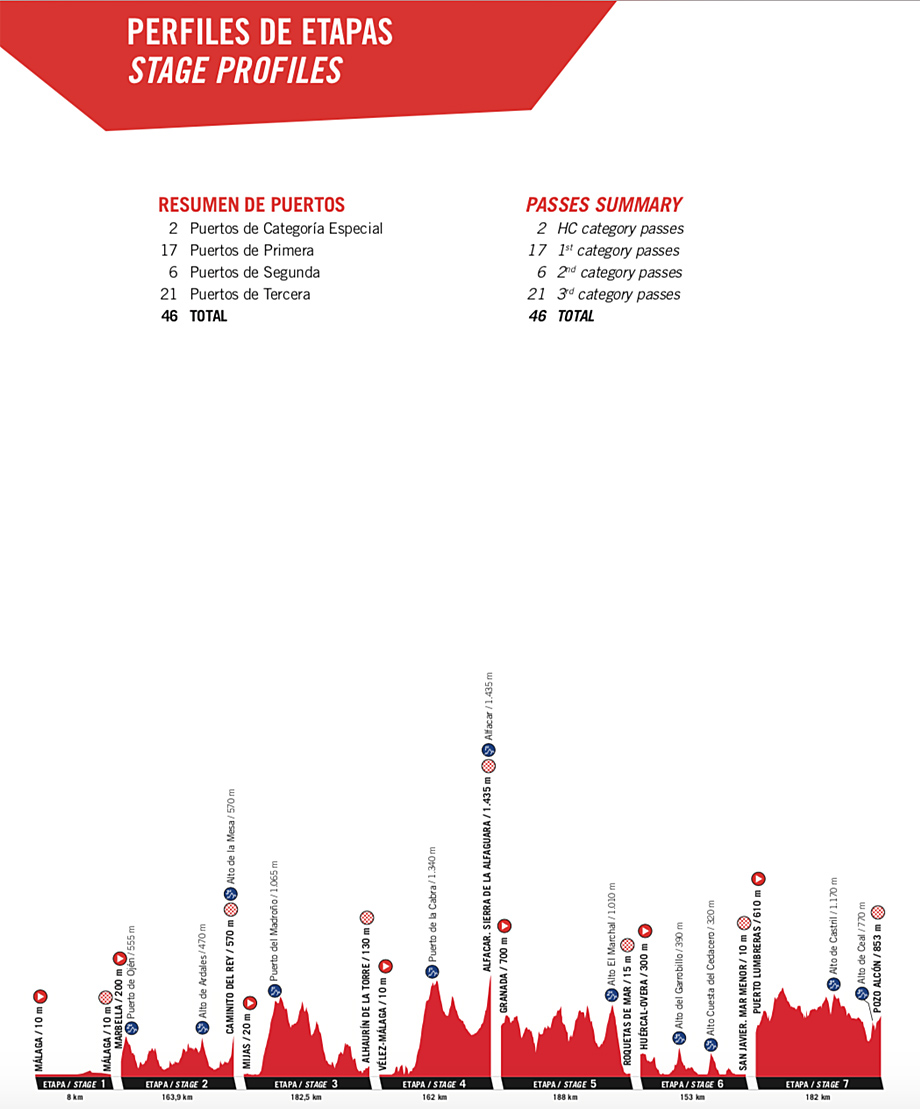 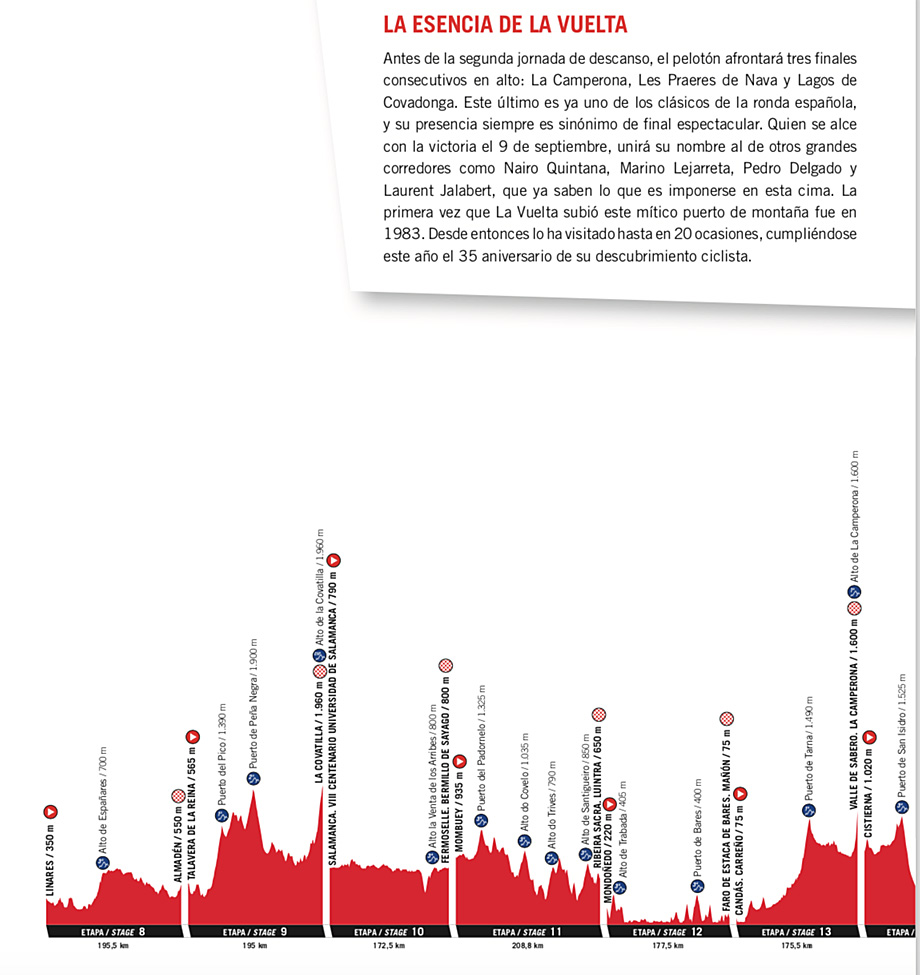 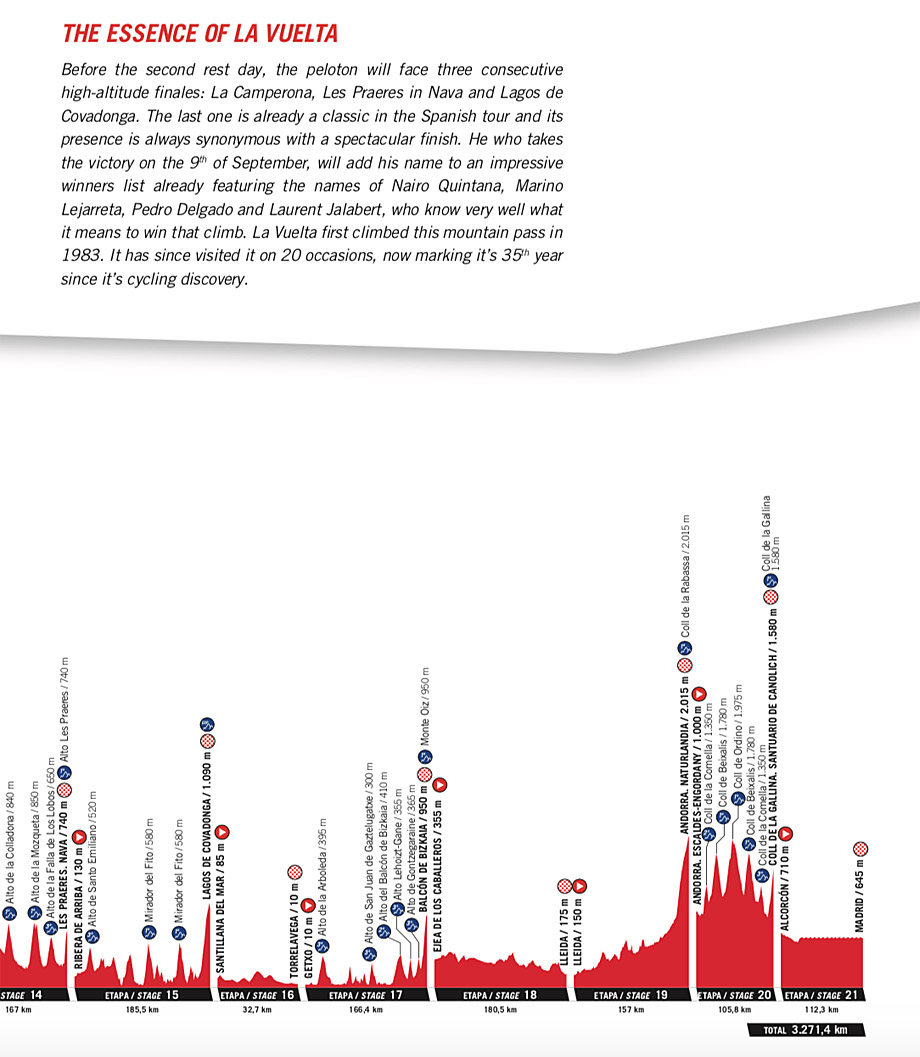 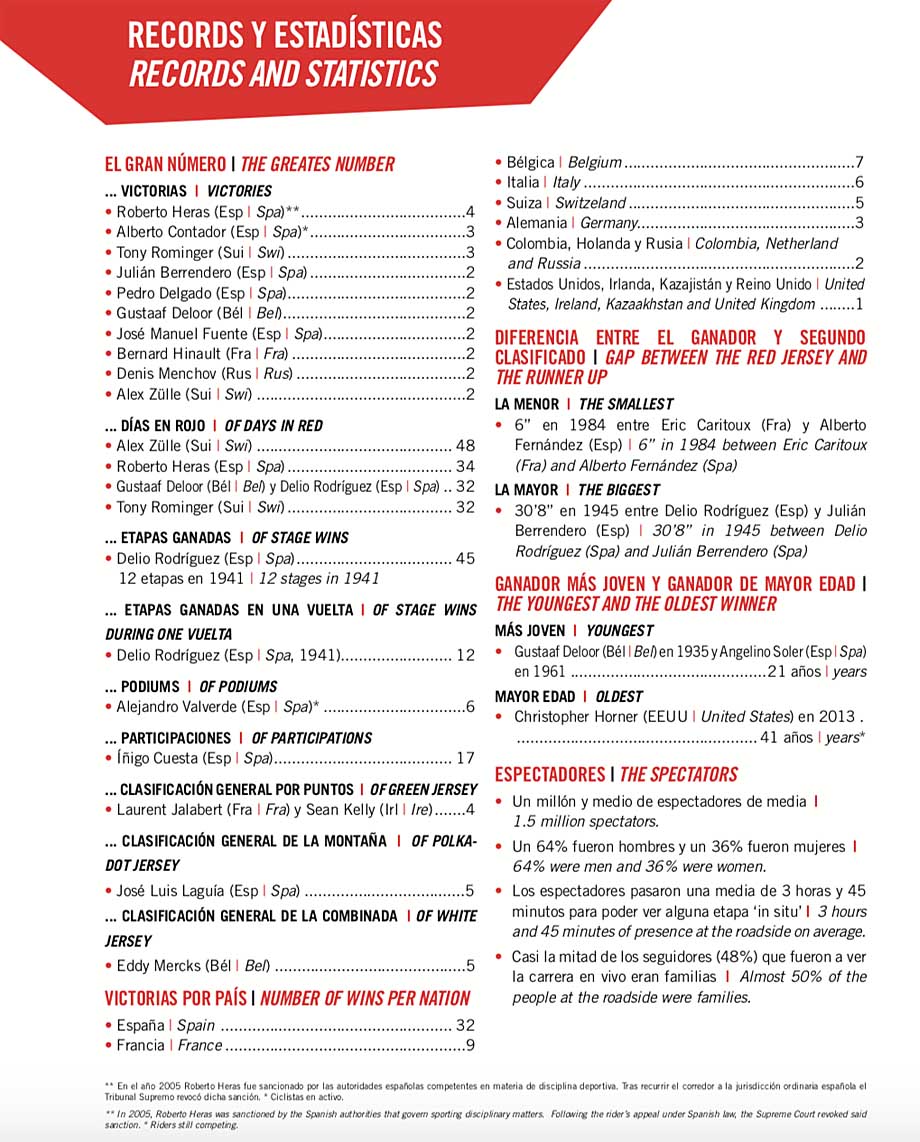 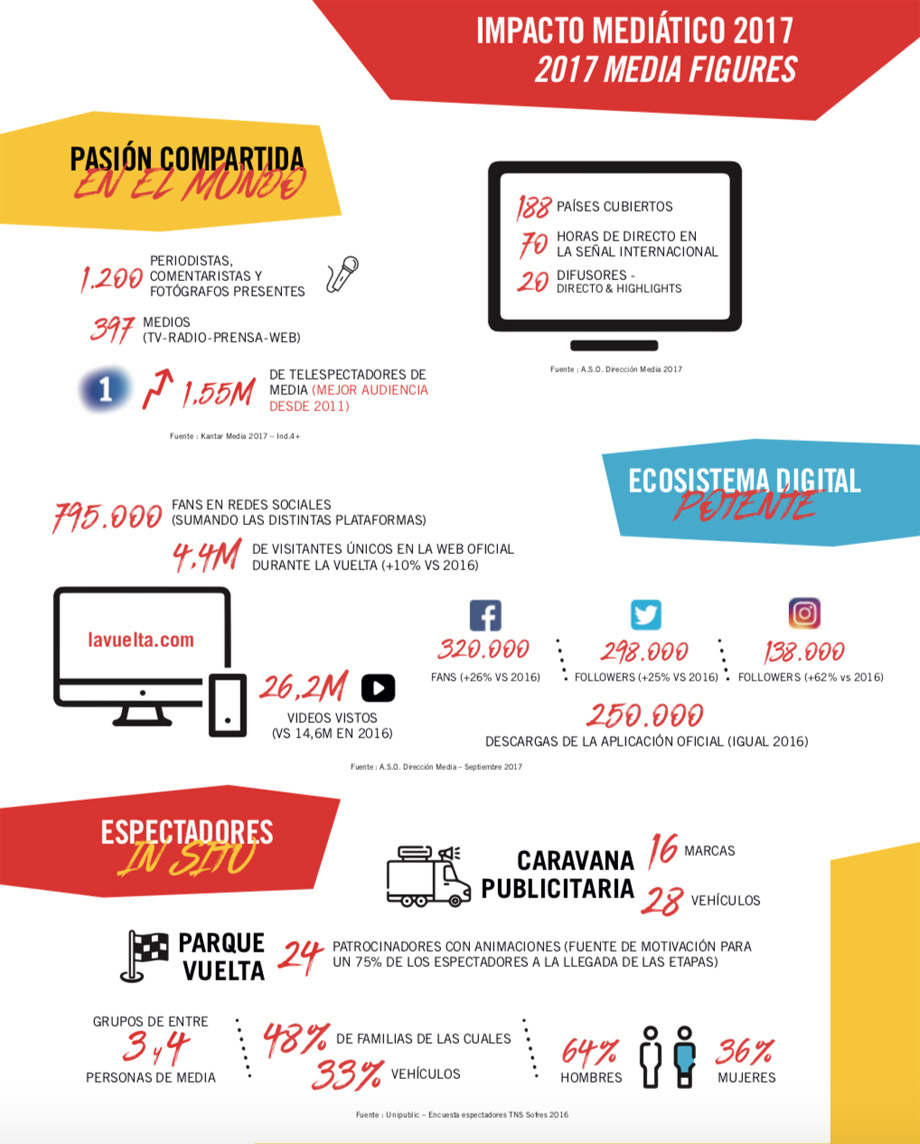