Tour Down Under Stage 1 Win For….

PeloPic: André Greipel (Lotto Soudal) won the first stage at Tour Down Under, the first WorldTour race of the year. It’s his seventeenth stage win in Australia. 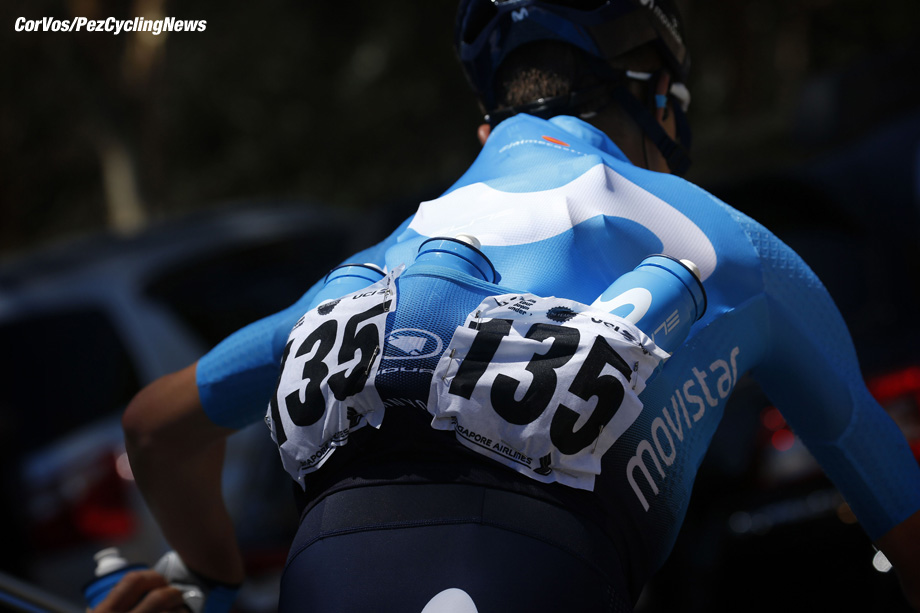 A hot day in Adelaide

The stage between Port Adelaide and Lyndoch was a traditional sprint stage. After two kilometres three riders escaped the bunch and they got a maximum advantage of five minutes. With temperatures above 30°C the riders took it easy the first two hours. The sprint teams controlled the gap. William Clarke managed to stay in front until eight kilometres to go. Jens Debusschere then dropped off André Greipel perfectly for the sprint. The German rode an impressive sprint, beating Caleb Ewan (Mitchelton-Scott) and world champion Peter Sagan (Bora-Hansgrohe). Elia Viviani (Quick-Step Floors) was fourth. Thanks to his stage win André Greipel is the first overall leader Down Under. 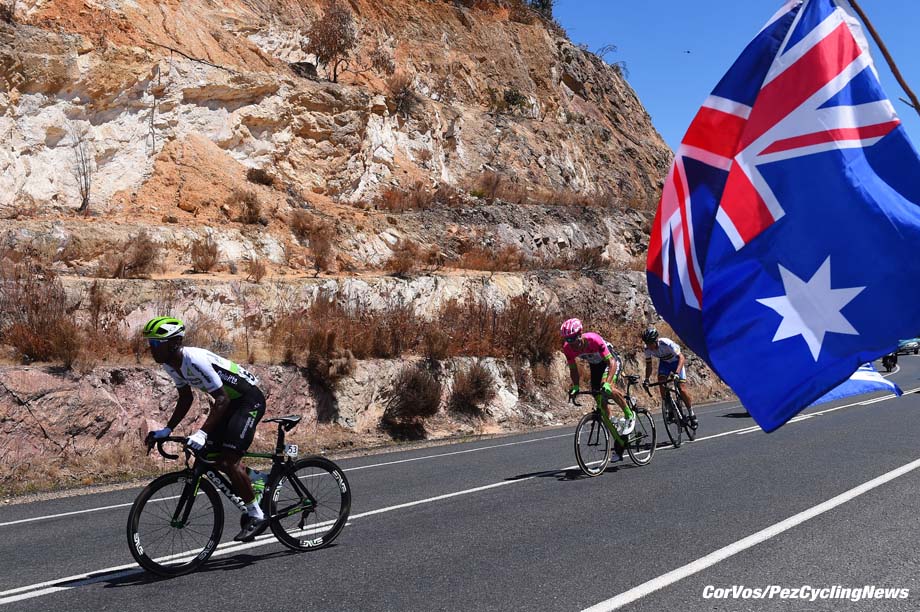 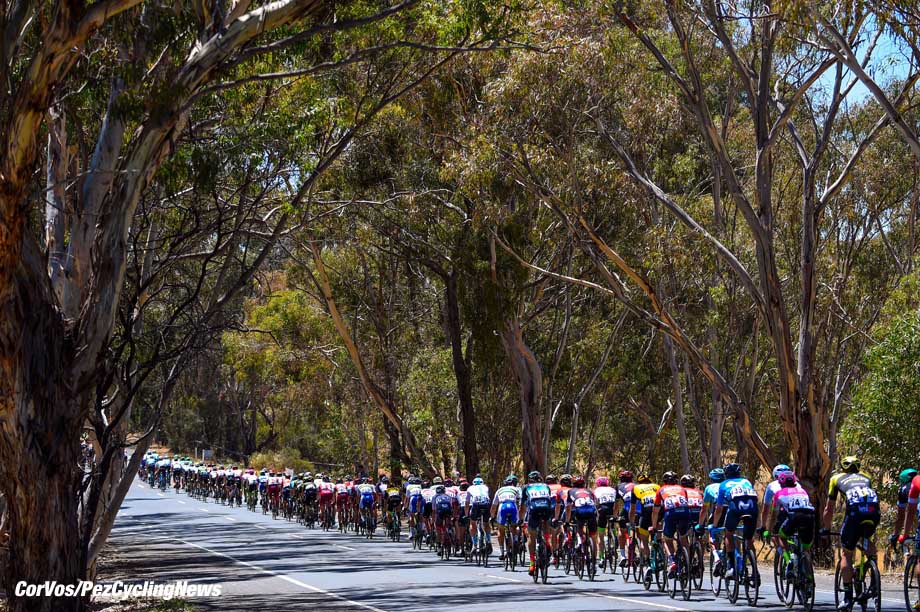 The peloton took their time before the chase 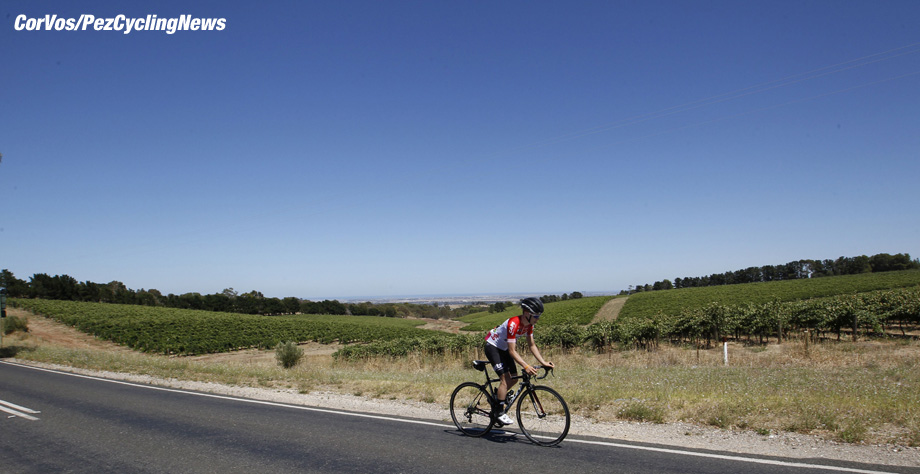 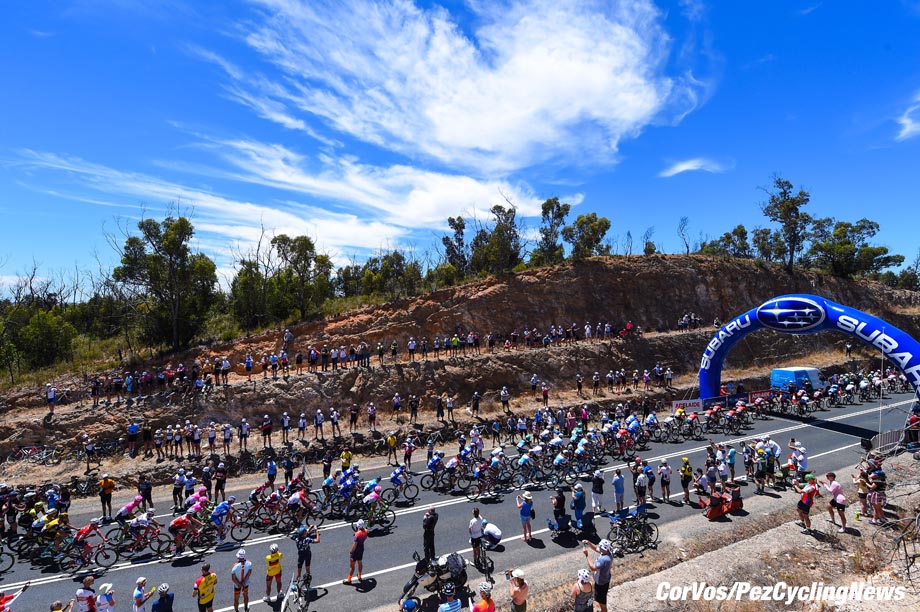 The peloton pass the KOM

André Greipel (Lotto Soudal): “I am very happy with this victory. This was the first official UCI race of the year and the first WorldTour race too. That I take the win here, feels really great. Not all top sprinters are here, but I do beat guys like Ewan, Sagan and Viviani.” 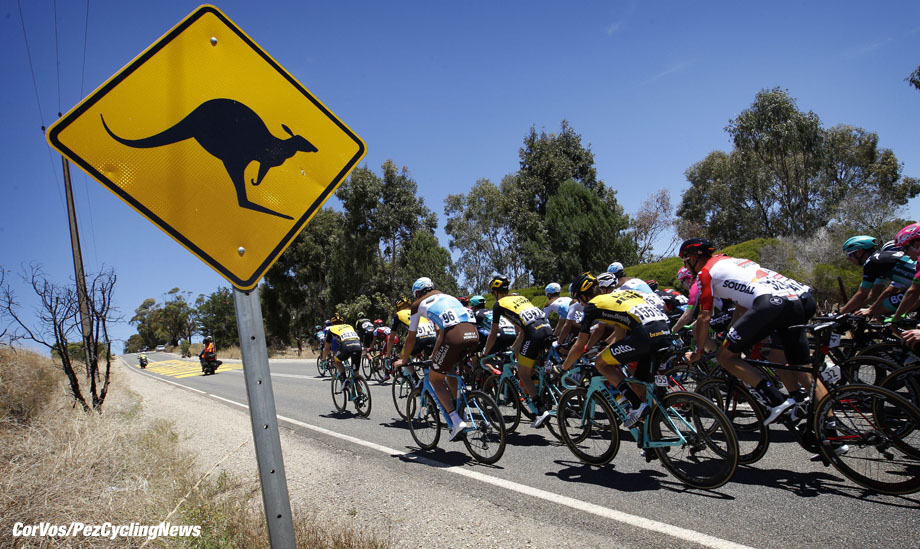 It can only be Australia 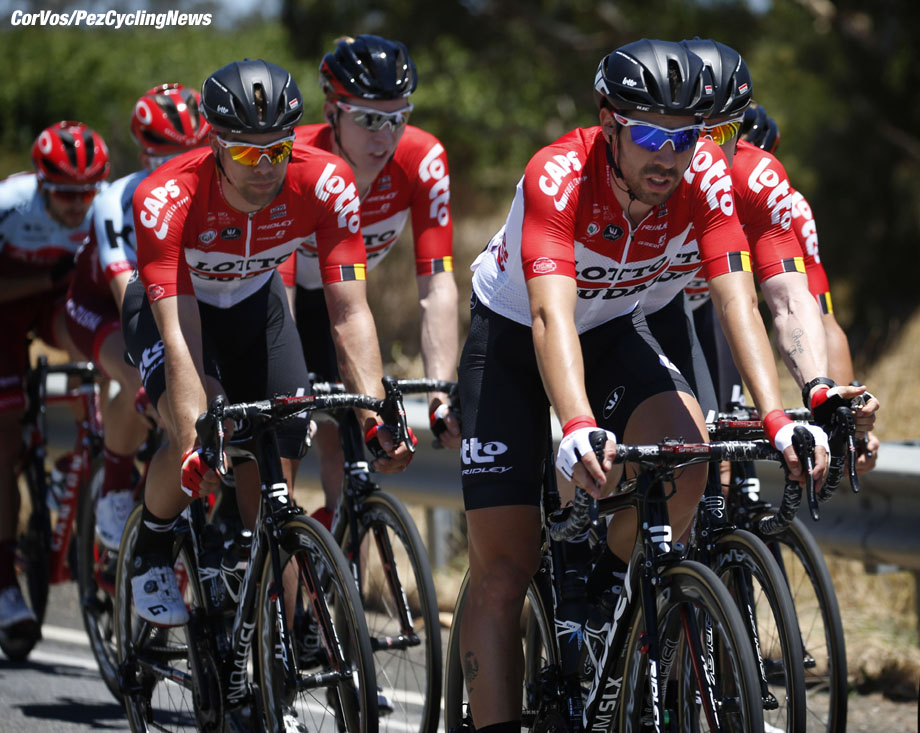 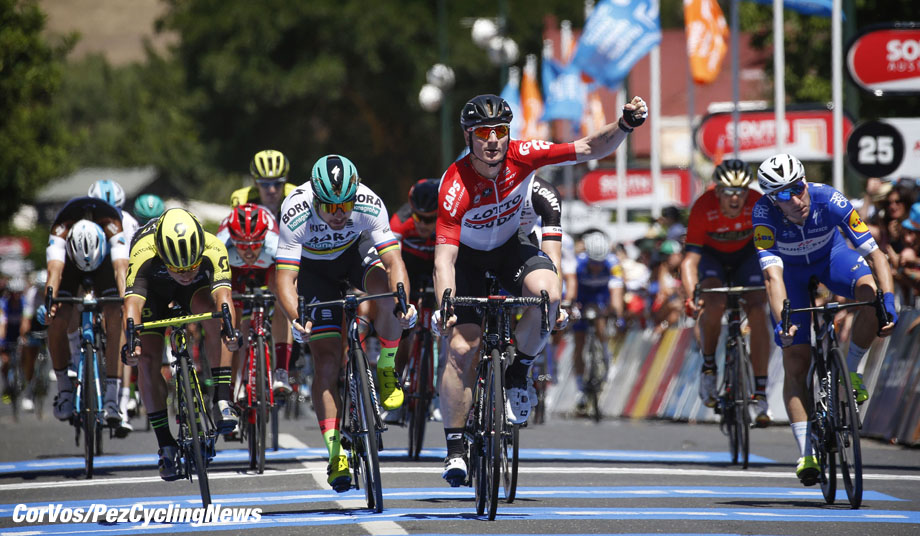 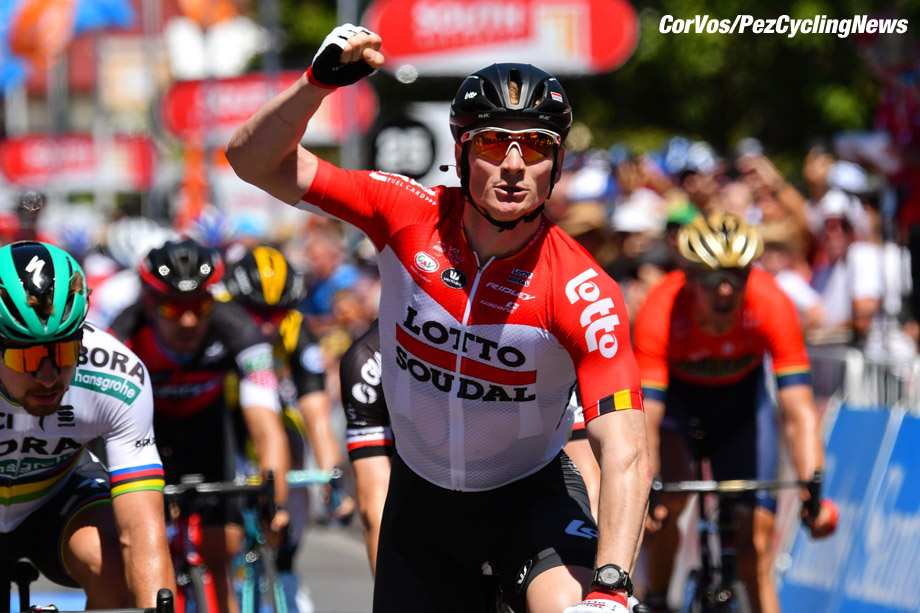 A strong sprint ahead of Caleb Ewan and Peter Sagan 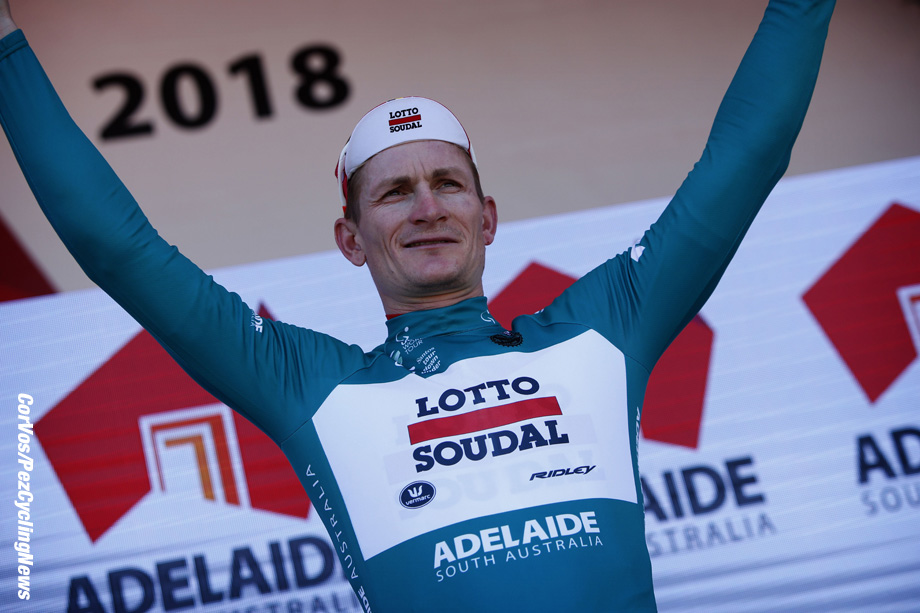 Ewan Gets His Stage And Overall!