Valencia Stage 2 Photo Gallery: After the easy ‘photo-shoot’ at the Volta a la Comunitat Valenciana stage 1 time trial, it was time for Al Hamilton to do a bit of ‘Race Chasing’ as Italian PEZ-man Ale Federico calls it. Stage 2 was set in the mountains behind Alicante, take it away Al.

The start and finish of stage 2 was in the City of Alicante, but seeing a race in the hills is always a better idea, so the plan was to catch two climbs; the second of the day called Canalis and the final ascent, the Alto de Carrasqueta. 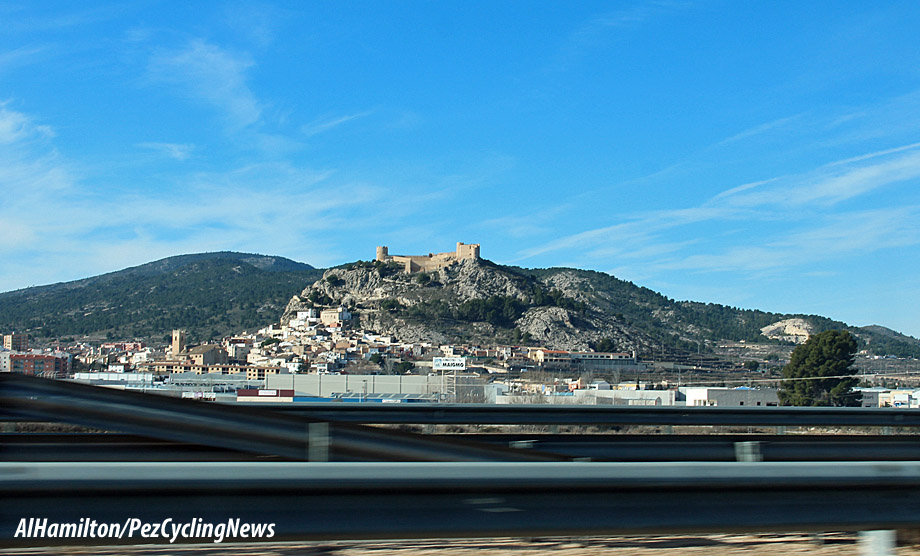 There are a lot of castles in this area

It was a two hour drive to Canalis, just outside Onil. On the way there the countryside is a little dry, even in February, but there are quite a few castles in this part of Spain to break up the monotony. 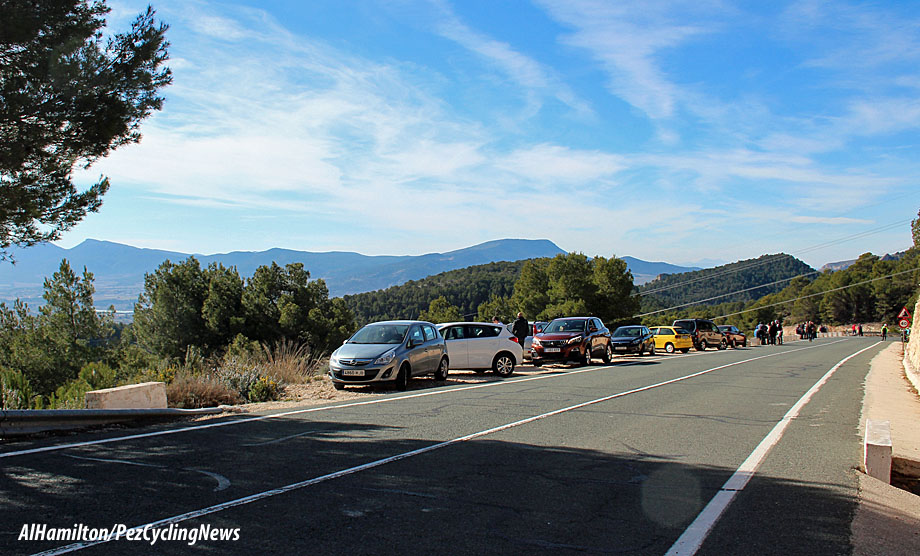 Plans don’t always work out and the race was running well behind the slowest schedule, so the final climb would have to be missed, but a good time was had and here are the photos: 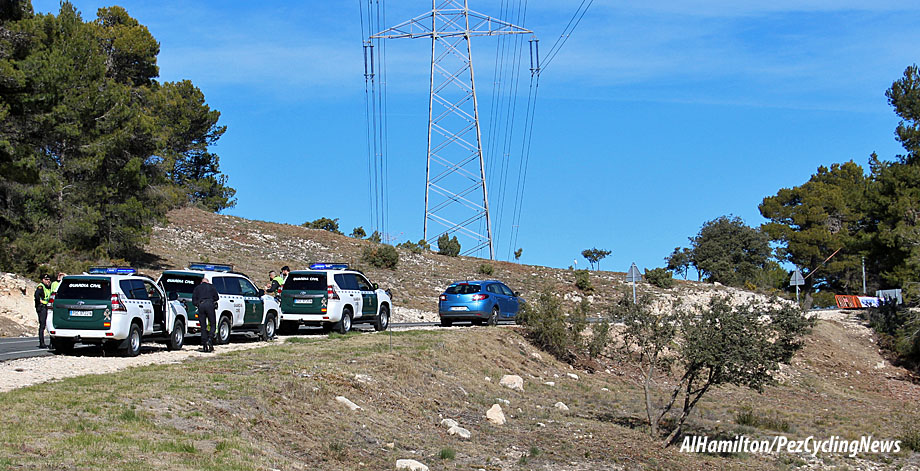 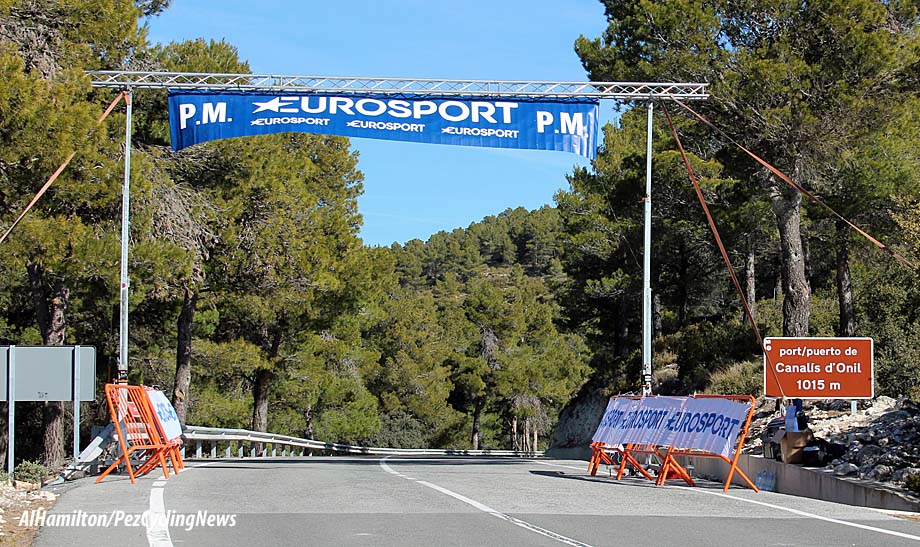 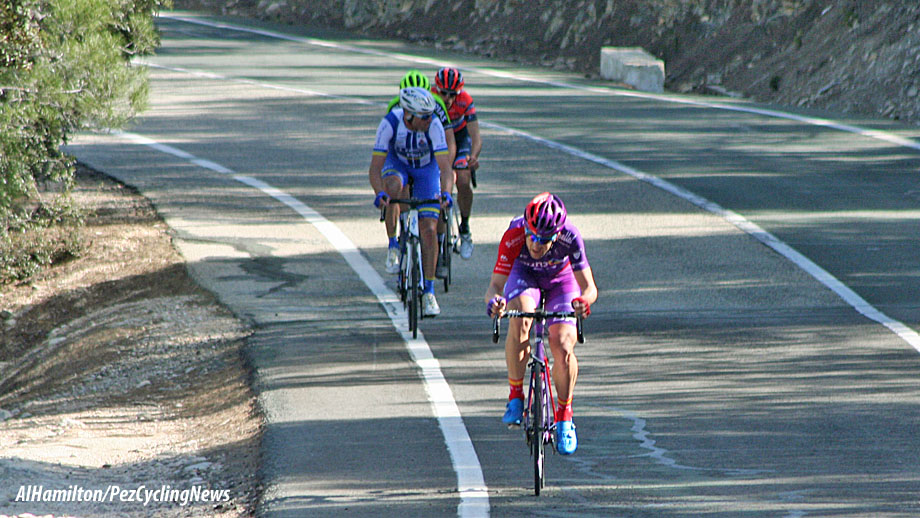 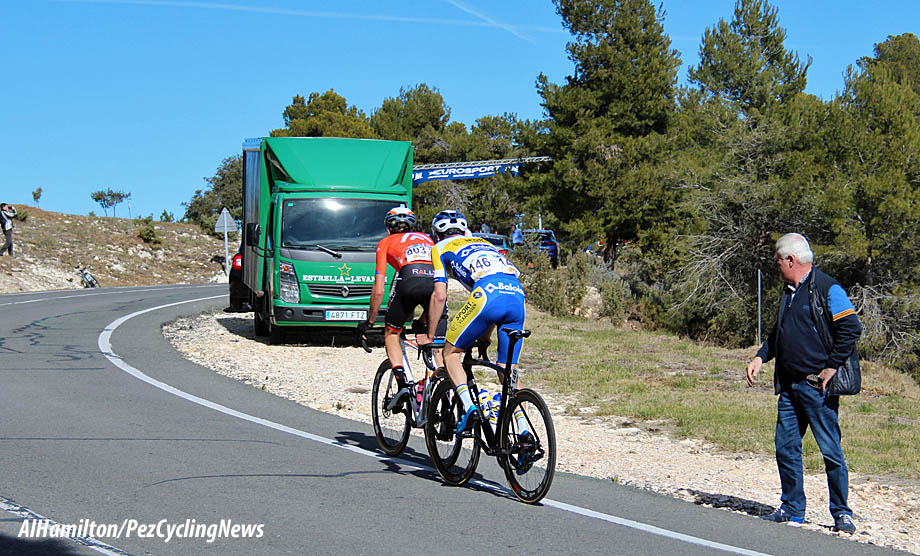 The break split on the climb 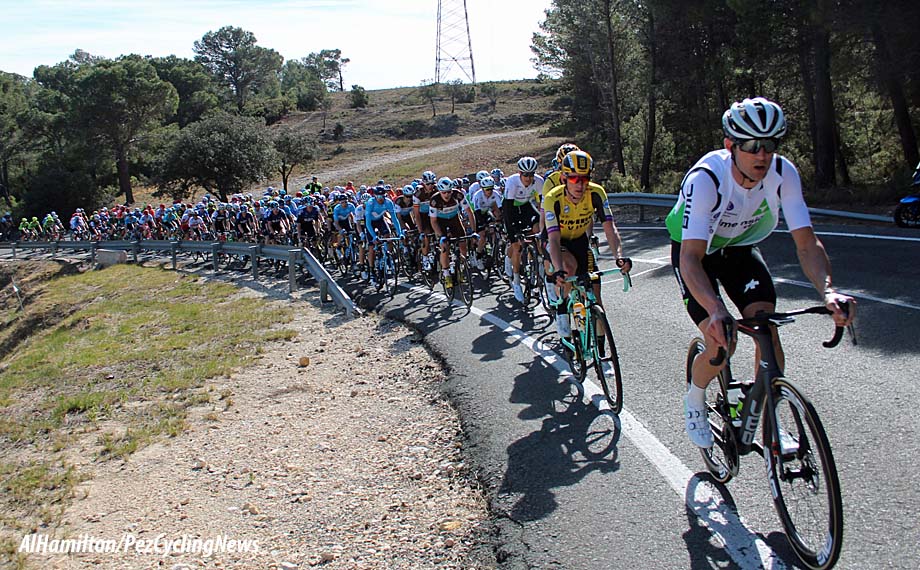 Overall leader, Edvald Boasson Hagen, had one of his Dimension Data teammates on the front 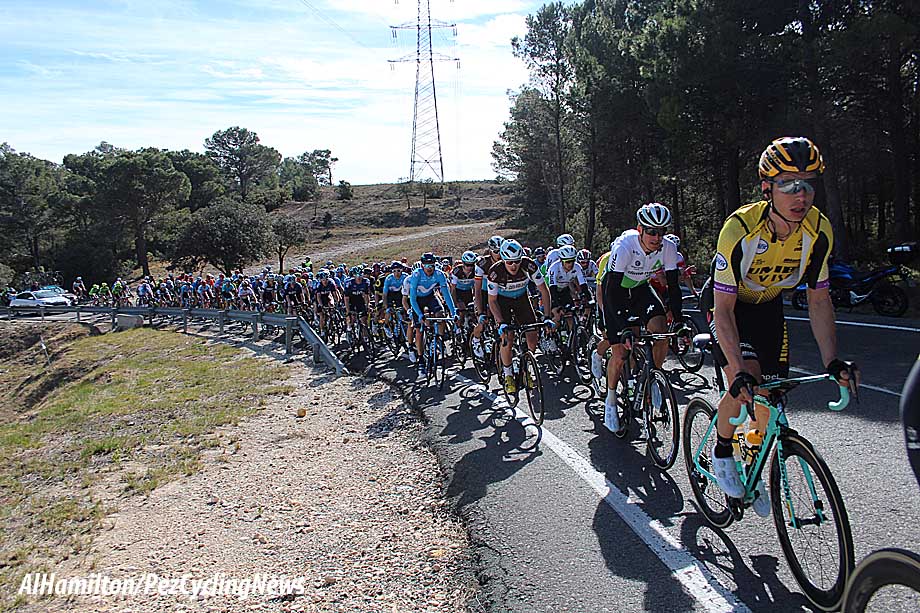 Tony Martin was near the front 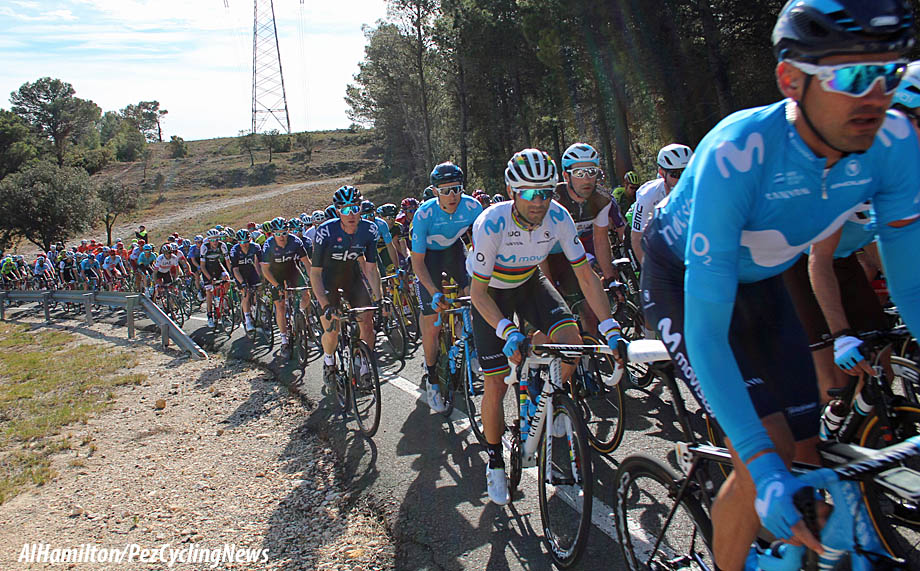 The Movistar team were staying close to the World champion 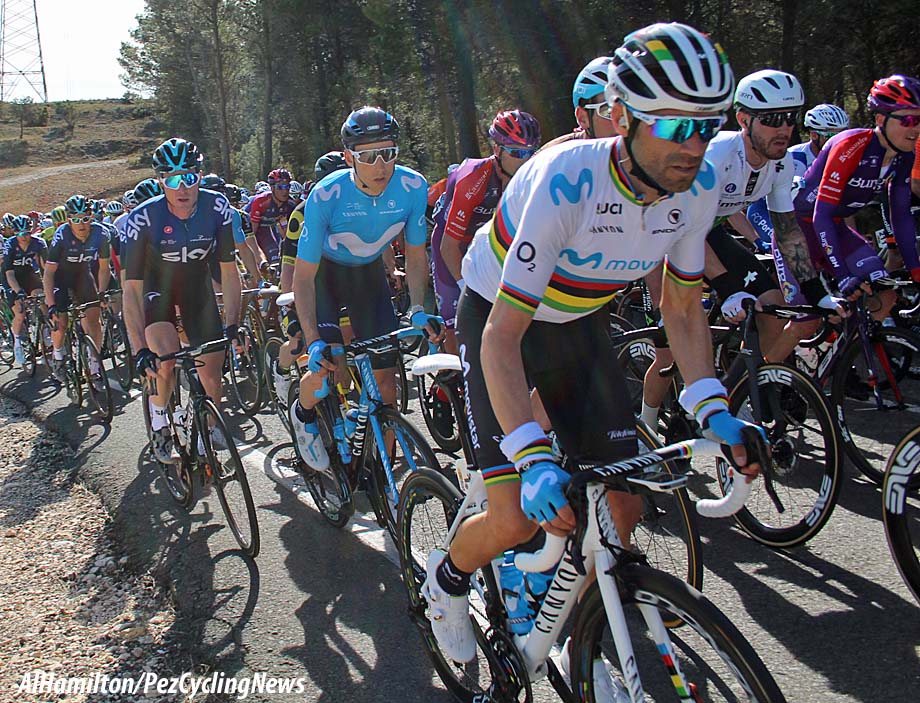 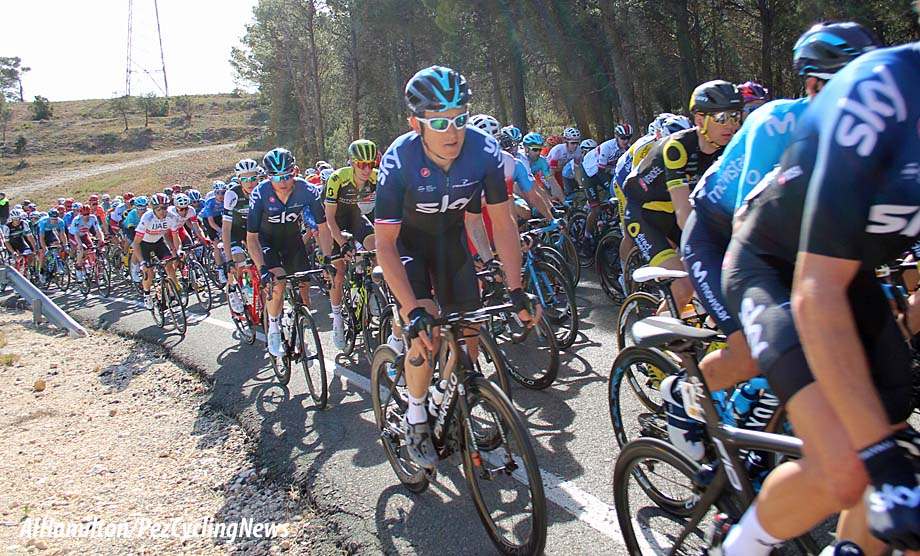 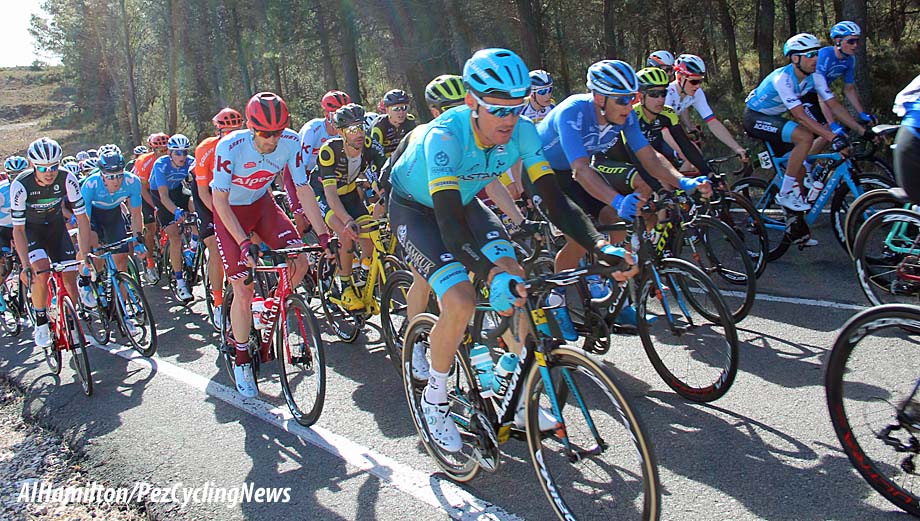 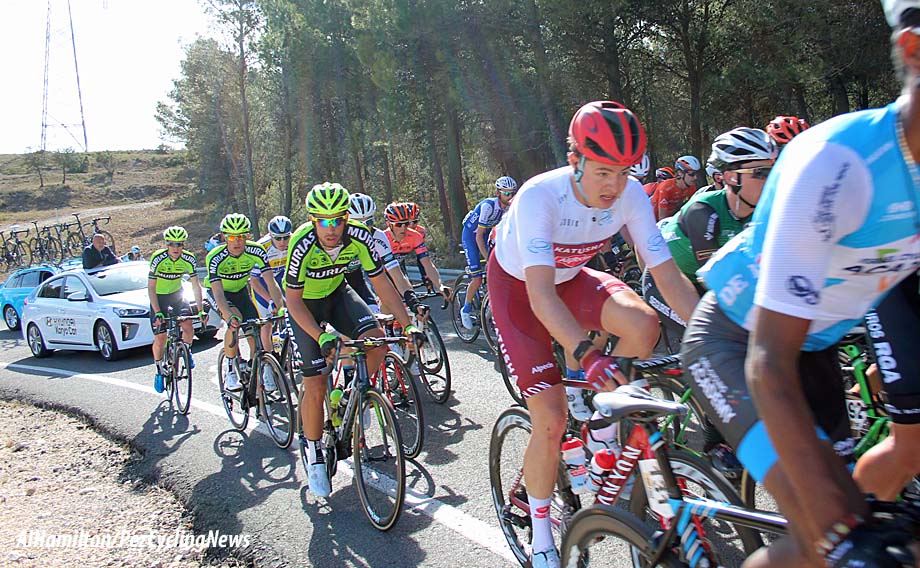 After a crazy drive across the valley and up the other side, I waited for the race in the village of Benifallim at the start of the final climb of the Alto de Carrasqueta. What was left of the break didn’t have much of an advantage on the peloton and the team car’s had just been pulled out of the gap. 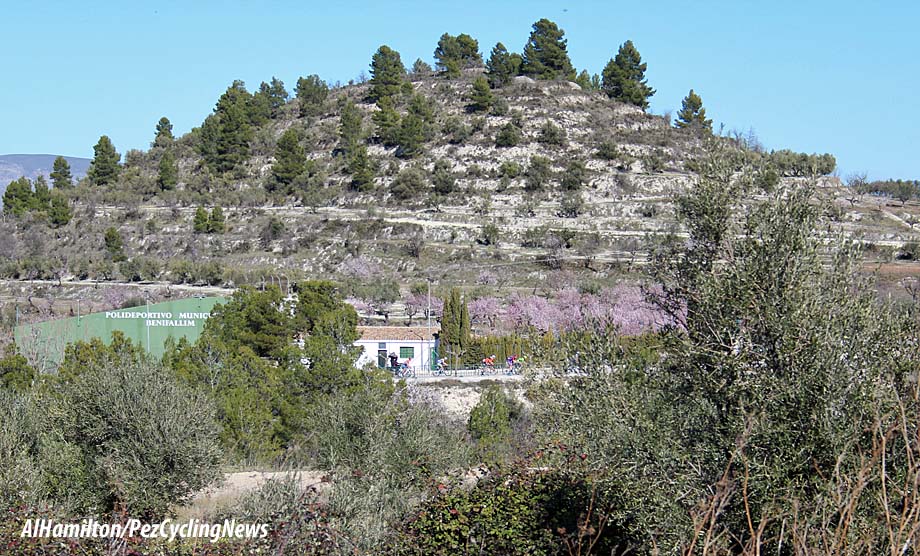 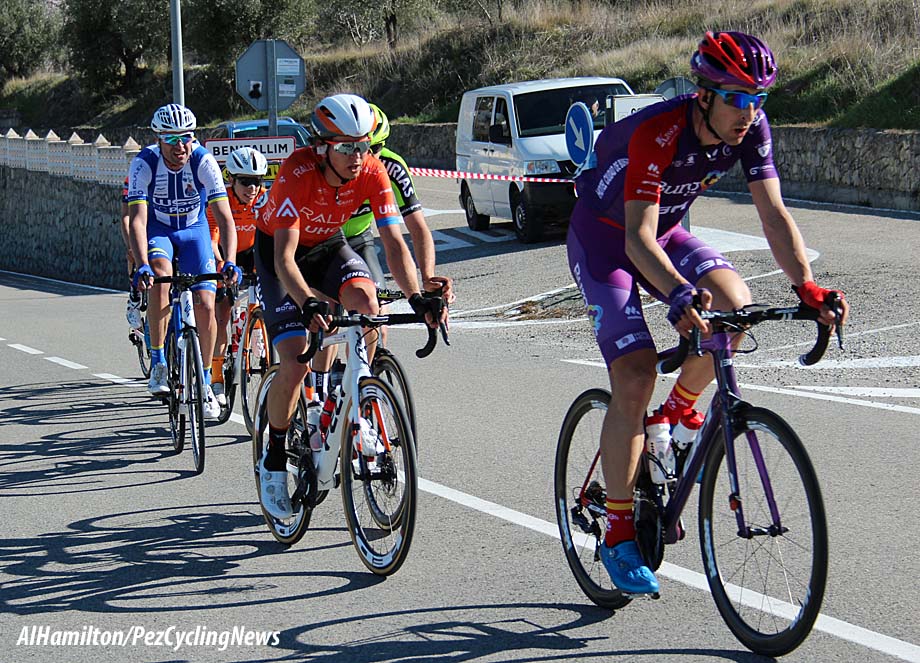 The break was falling apart, but Diego Rubio Hernandez was hoping to take more KOM point on the final climb, he didn’t, Luis León Sanchez was first over Alto de Carrasqueta 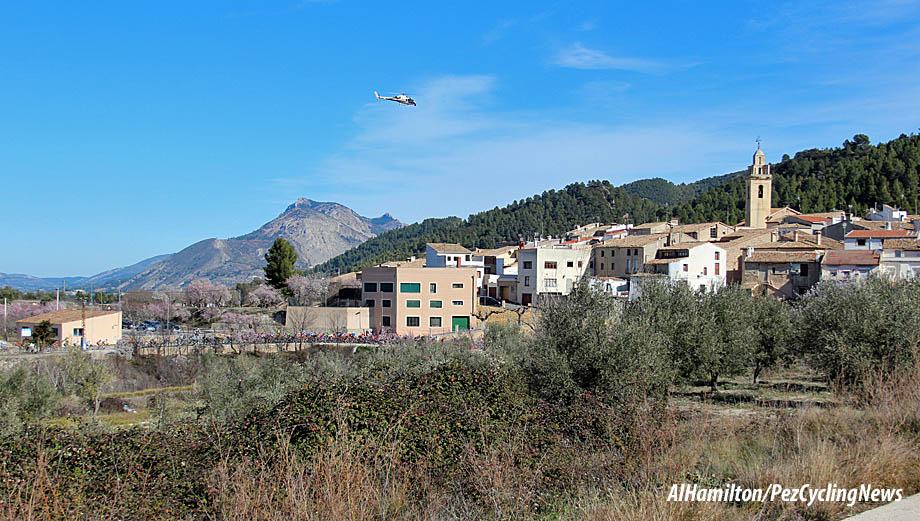 The peloton could be seen across the valley 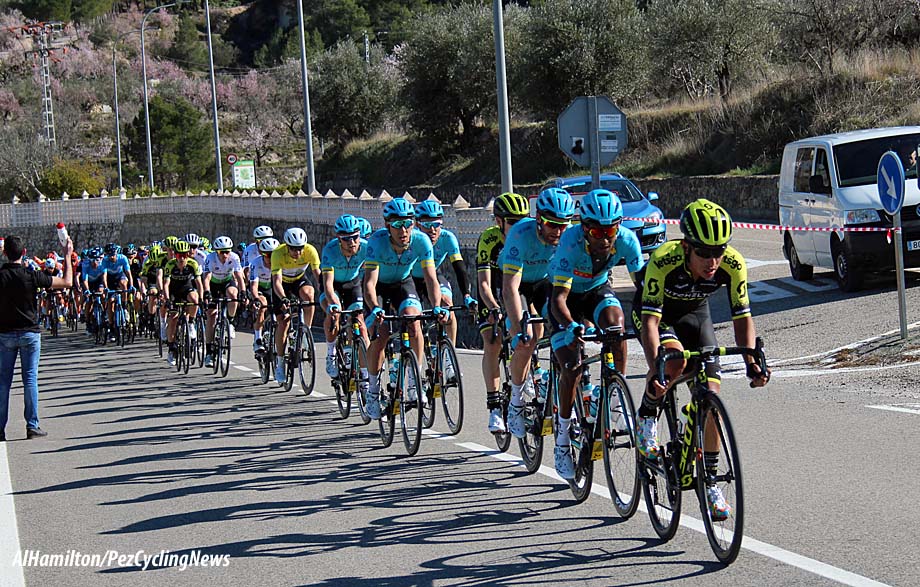 Mitchelton-Scott and Astana were doing the work in the peloton 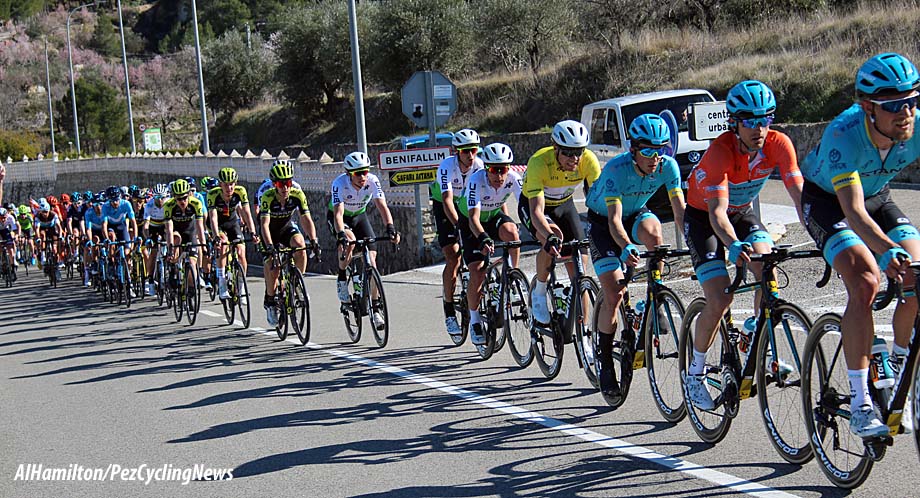 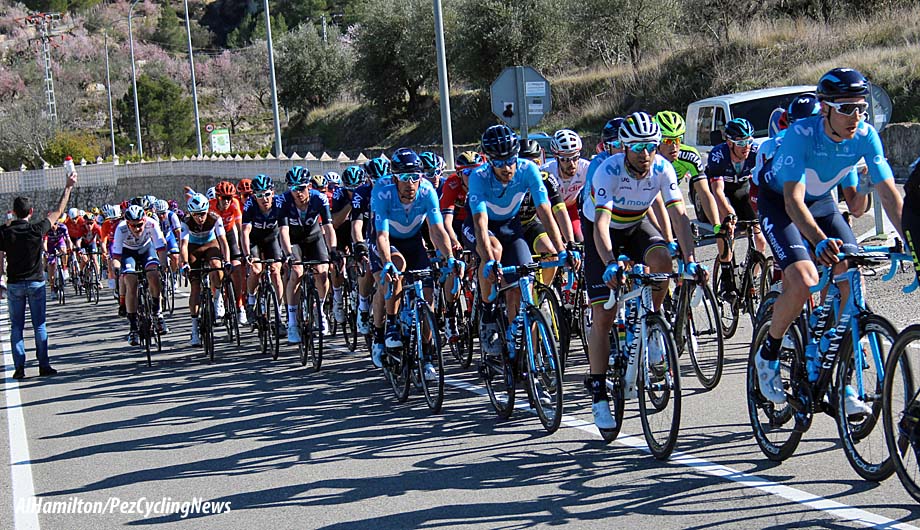 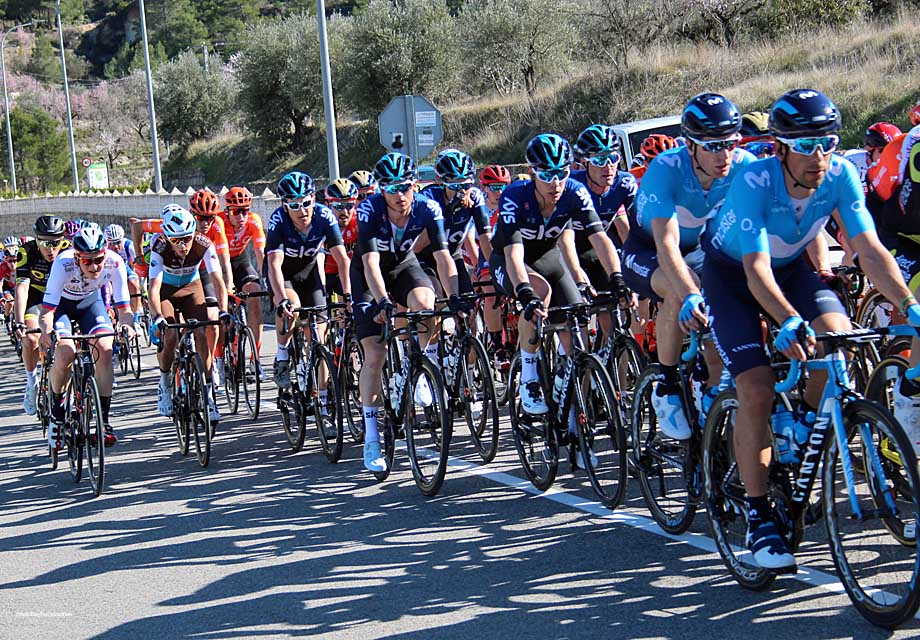 The Sky team were looking after Geraint Thomas 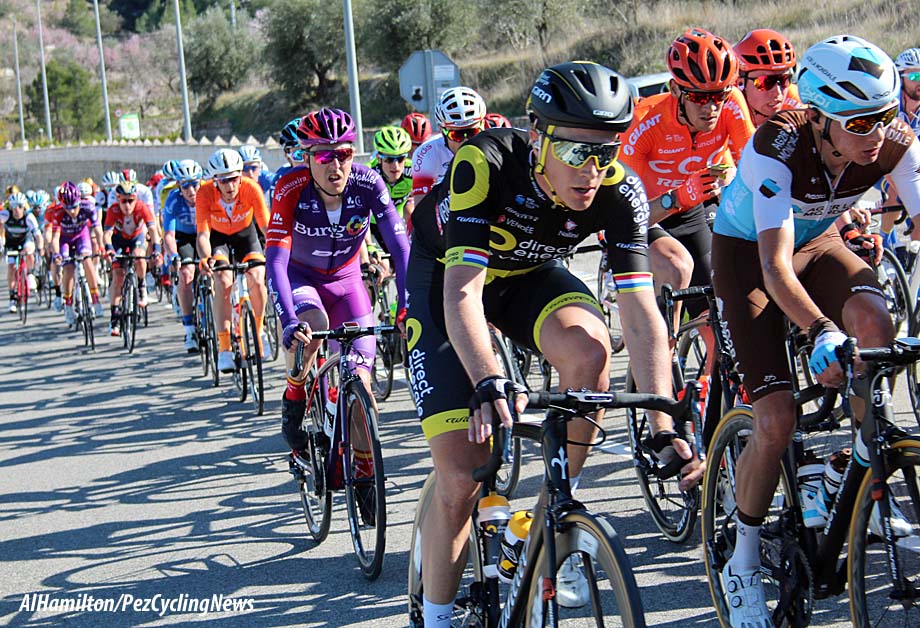 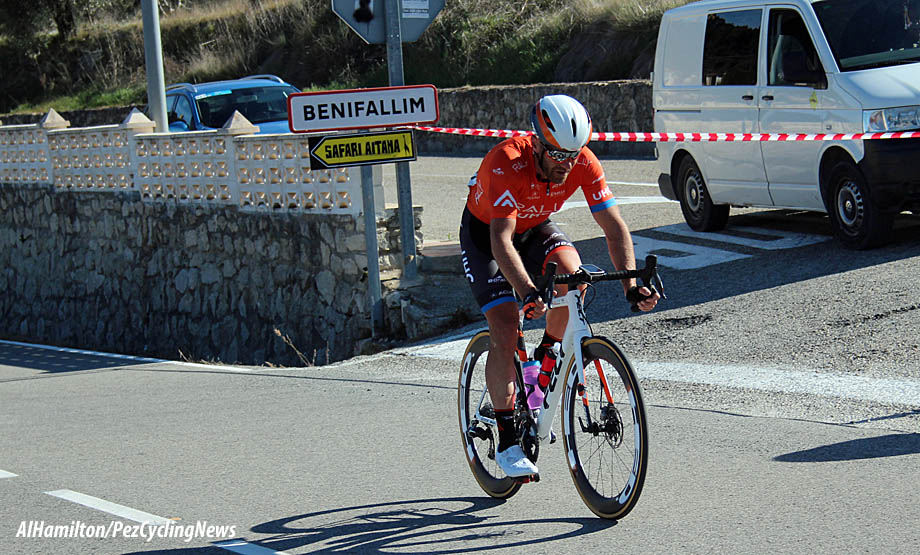 Sven Tuft had a reasonable ride in Wednesday’s time trial, but he was off the back on Thursday and lost over 12 minutes 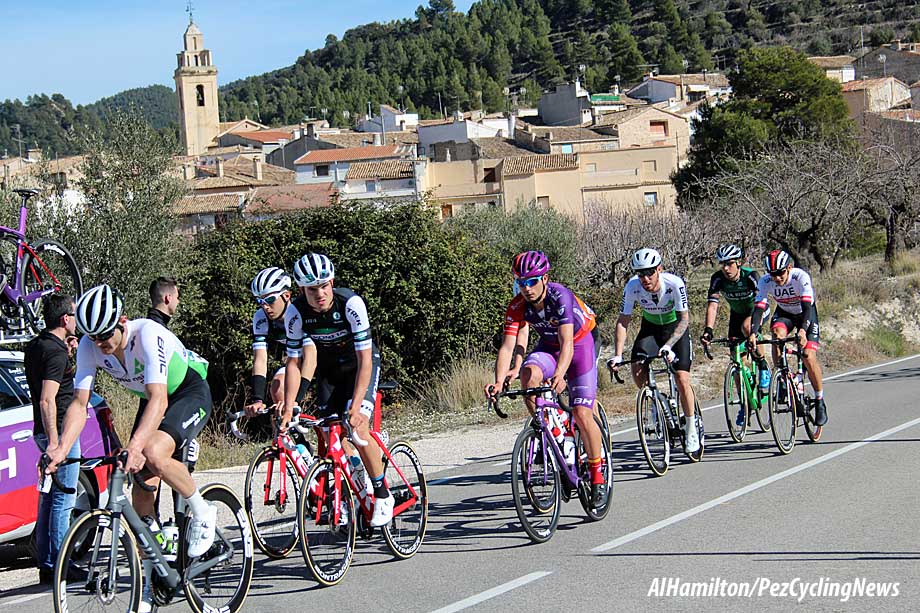 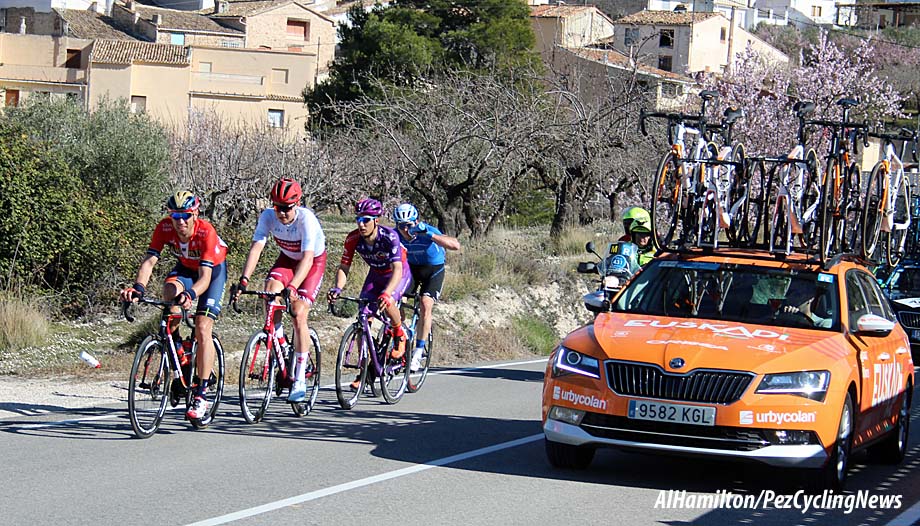 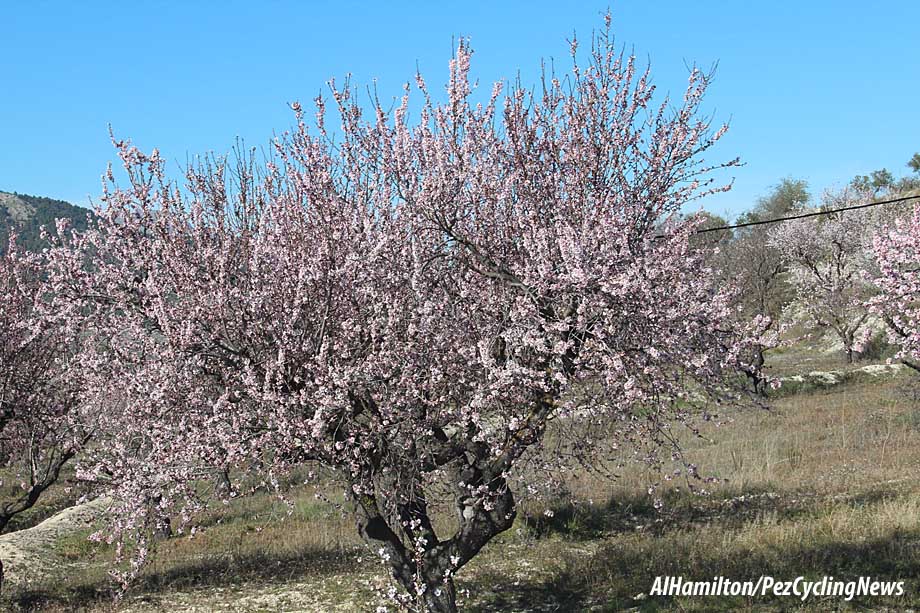 You can see the Stage 1 Time trial photos HERE.