PeloPics: Alejandro Valverde (Movistar) won the uphill final stage of the fourth Abu Dhabi Tour and the overall classification as he denied up and coming Colombian climber Miguel Ángel López (Astana) the success he was looking for throughout a strong showing from his Astana team. Julian Alaphilippe (Quick-Step Floors) rounded the podium but missed out on the final top three by two seconds as Wilco Kelderman (Sunweb) and López accompanied the Spaniard on the final podium presentation. 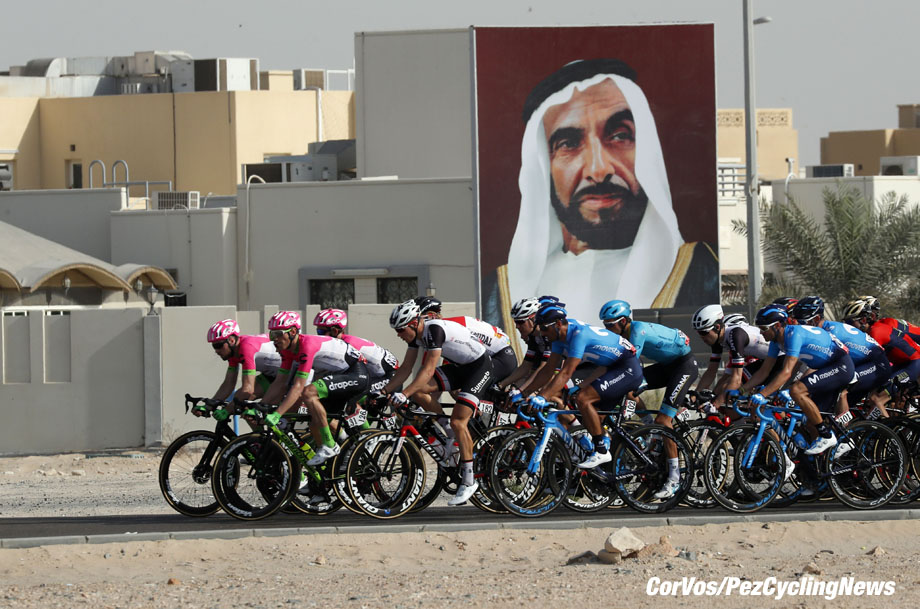 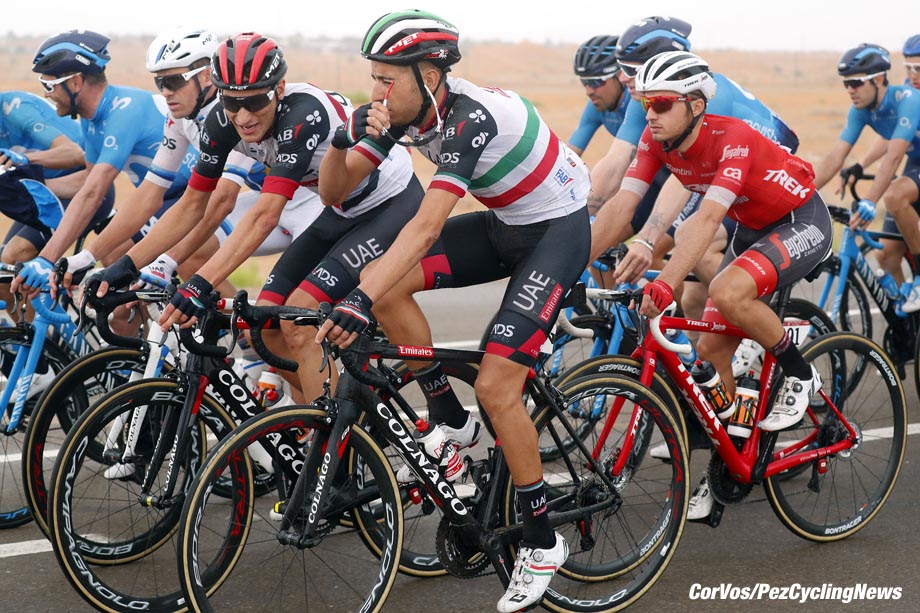 Fabio Aru was happy with his first race of 2018 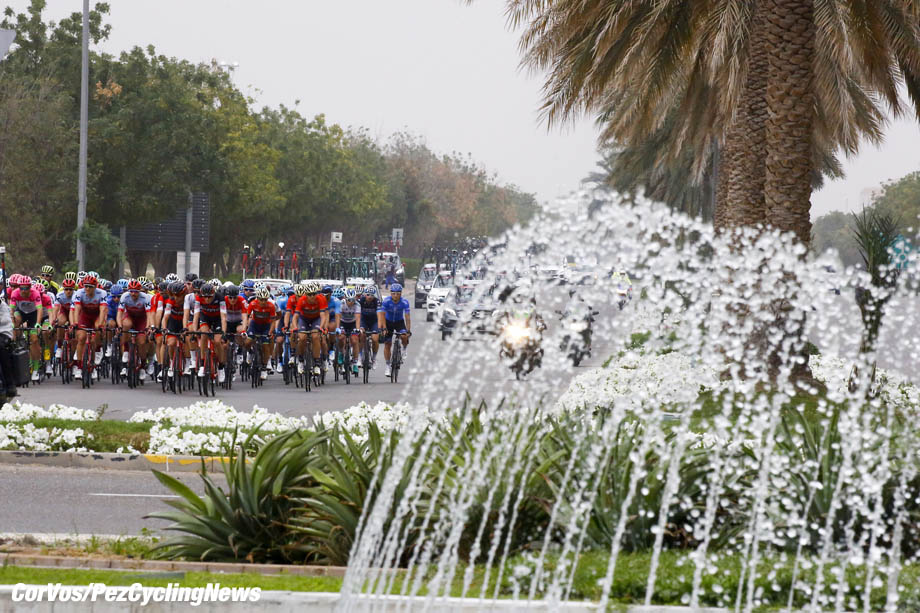 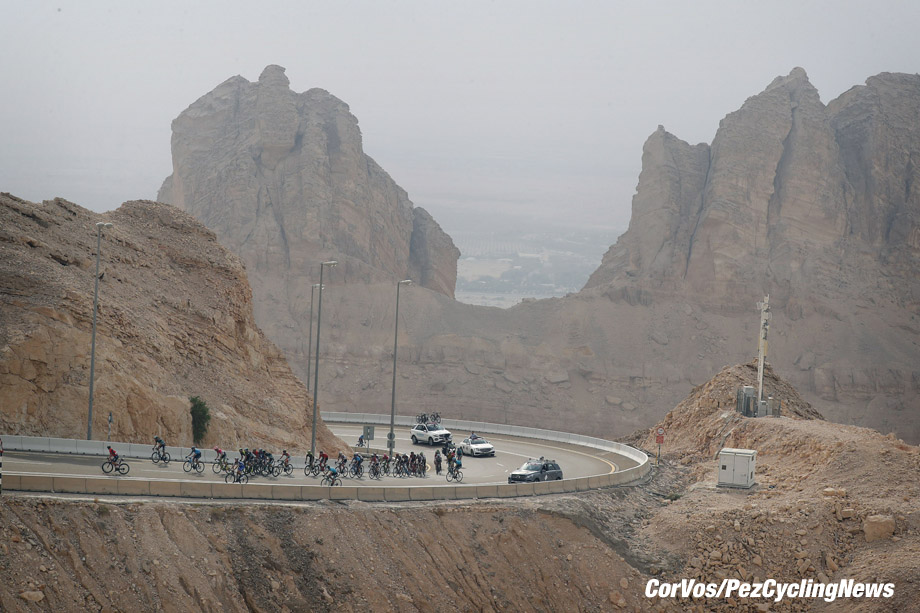 The climb of Jebel Hafeet 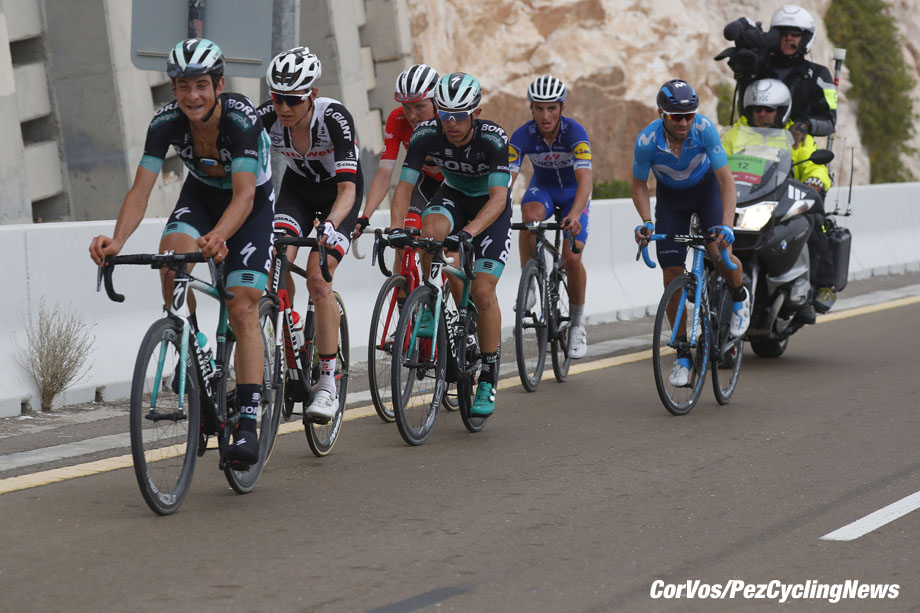 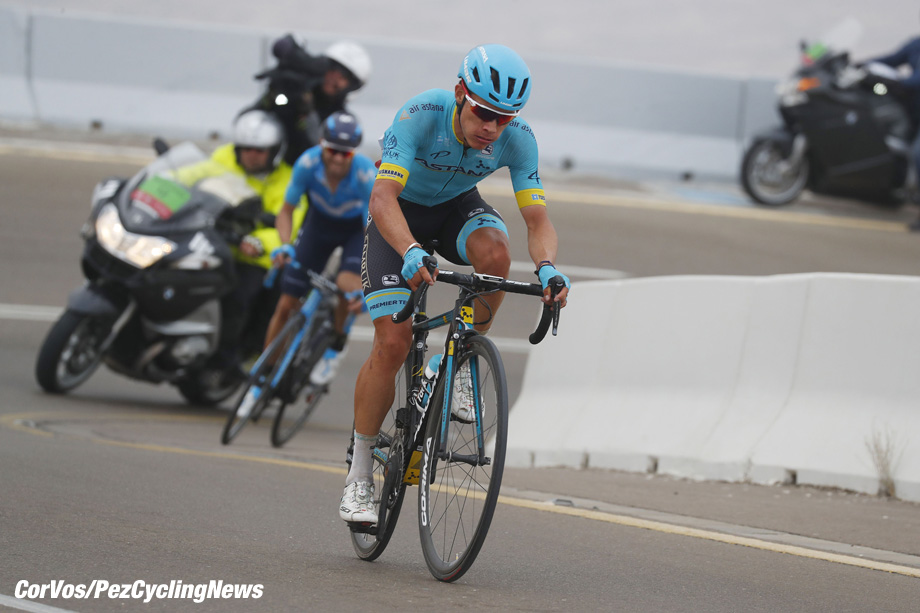 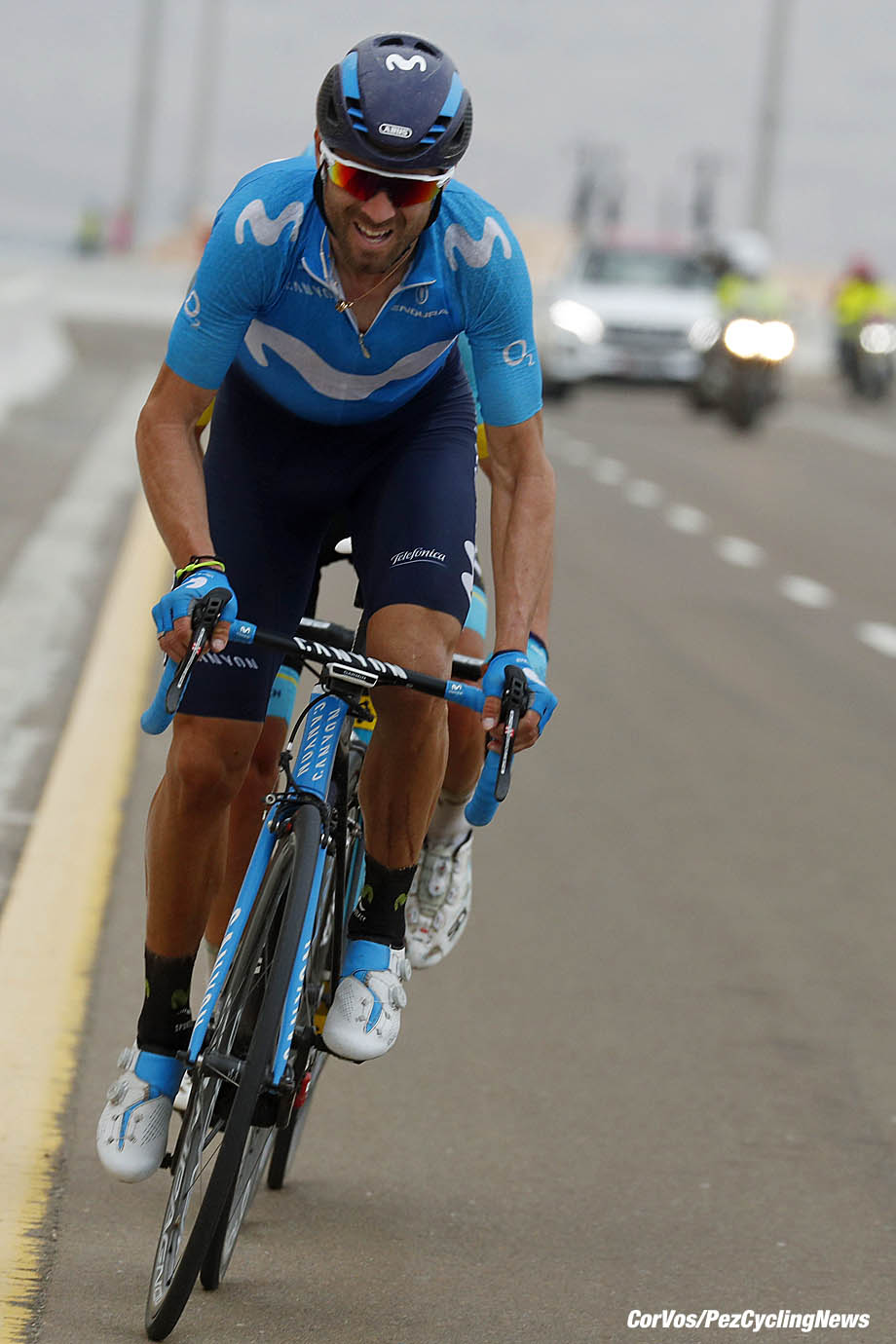 Valverde pounced for the win 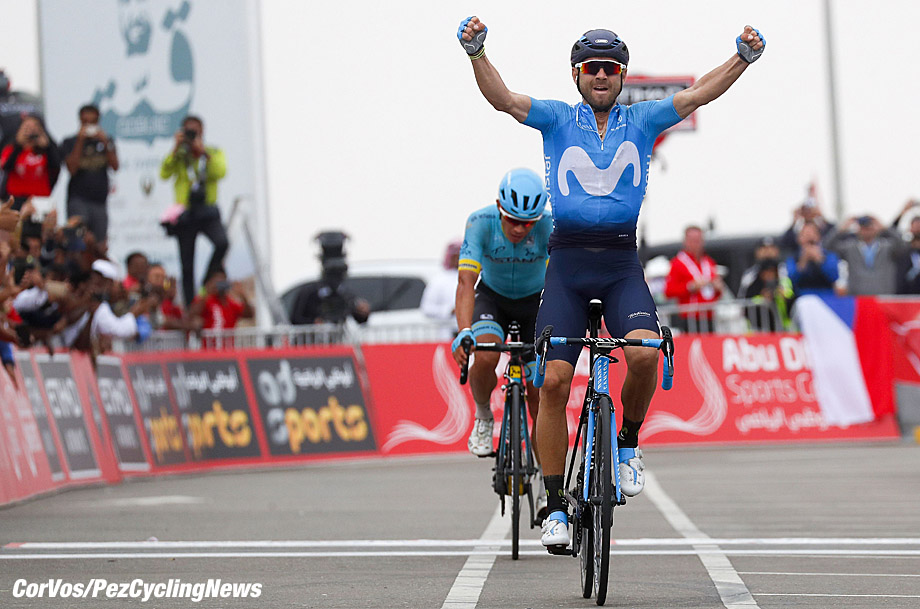 Stage and overall for Valverde 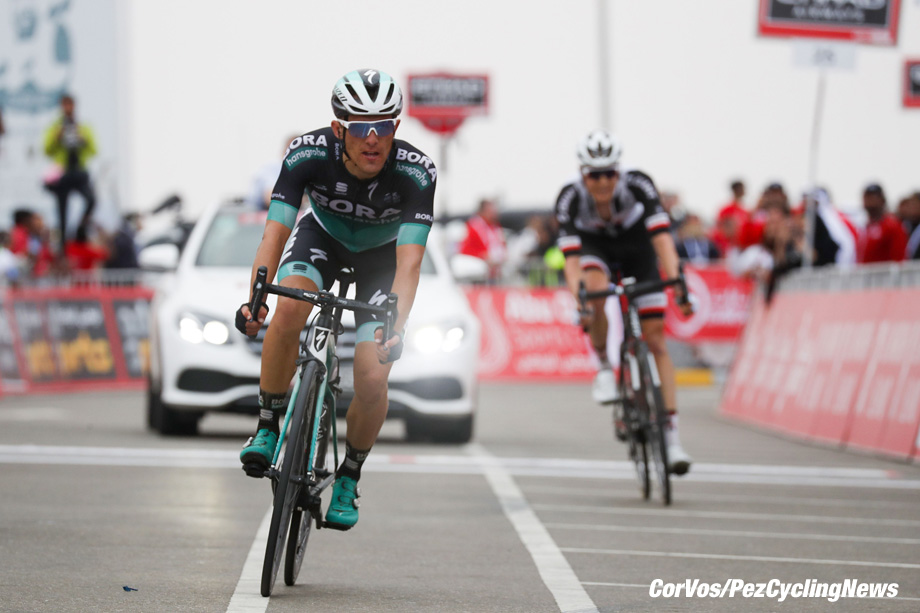 Runner up Wilco Kelderman (Sunweb): “I was feeling really good at the beginning of the stage. Rohan Dennis was the only GC rider in front of me in the classification. We tried to make the best out of it. Today it went pretty well for me. Unfortunately, Tom [Dumoulin] had some issues with his front wheel. He needed a bike change. I had to ride at my own pace. I’m happy with my performance. Valverde is an amazing rider. Every year he’s very strong and motivated!” 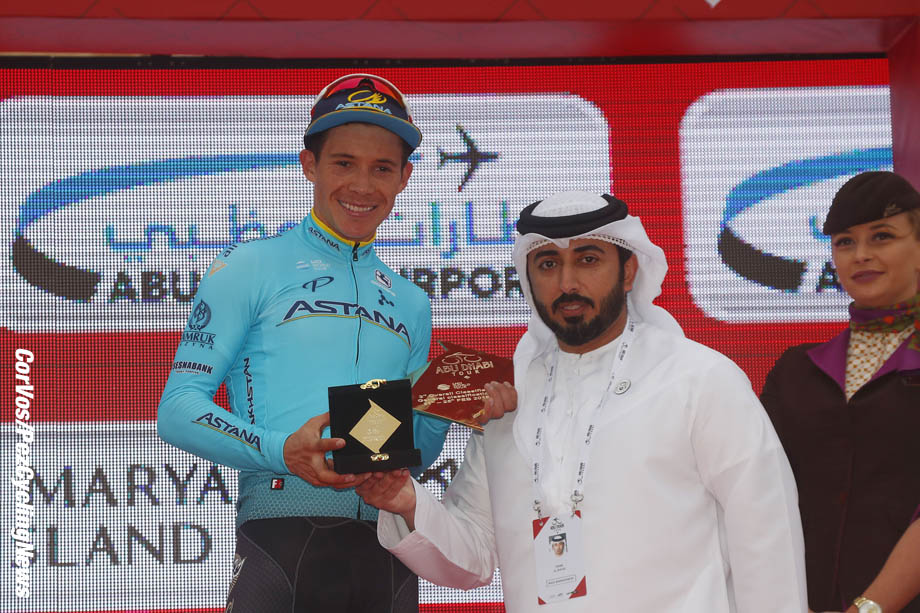 2nd on the stage and 3rd overall – Miguel Angel Lopez

Miguel Ángel López (Astana), third in the GC and White Jersey: “The podium and the White Jersey make it a good result for me. As always, I’ve had a great team to try and get the victory. But Alejandro Valverde is a great champion. Already to arrive with him up this climb is an achievement. To beat him in a sprint is almost impossible for me. So I’m happy with what I got in Abu Dhabi.” 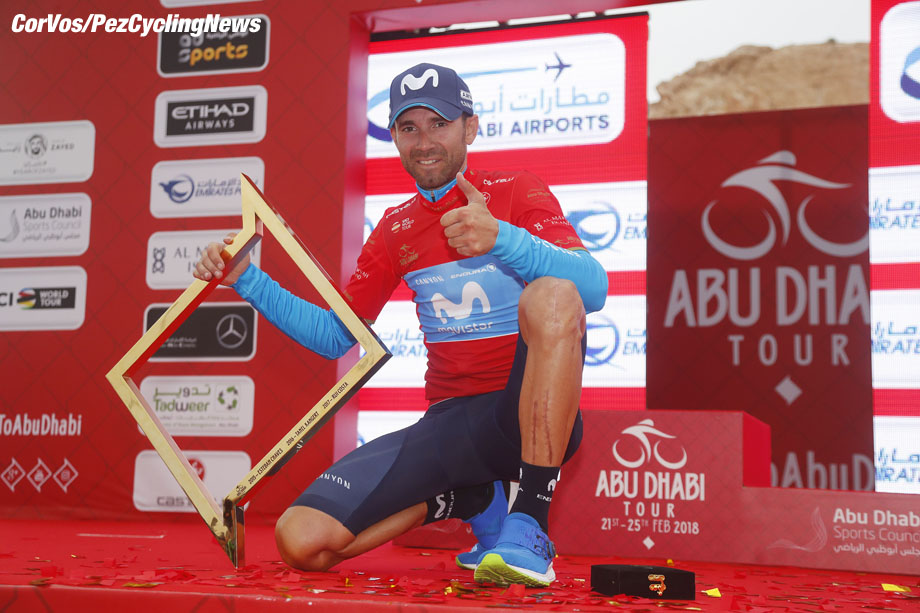 Another win for Alejandro Valverde

Abu Dhabi Tour winner Alejandro Valverde (Movistar): “We knew that López would be the key player in today’s stage and also the man who could help me win the Abu Dhabi Tour overall. He’s very young and talented. As a team, we have started the season on the right foot. It’s important for the morale. Our motivation is great. This victory is special. It’s outside Europe in a very nice race. Today’s stage was to my advantage and we wanted to make the best of it. I arrived on Friday, I climbed Jebel Hafeet once on Saturday, twice on Monday and Tuesday. Moreover, I did it to get accustomed to the climate and the time difference. I knew exactly where to attack. The great time trial I did yesterday helped me to cap it off today. I’m delighted to win a WorldTour race.” 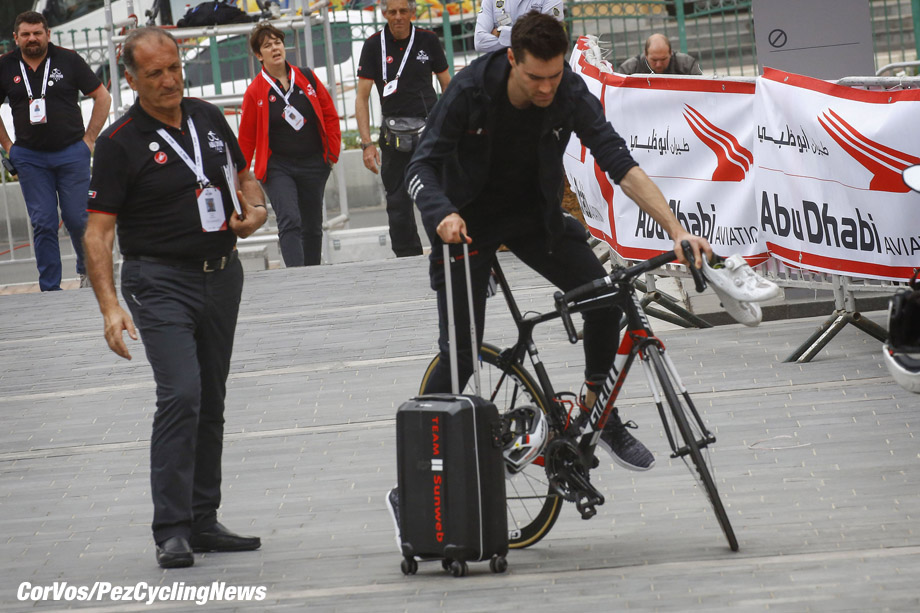