PeloPics: The end of the 2017/18 cyclocross season is in sight, but the top winner of the season, Mathieu van der Poel, is still in charge taking the win in Middelkerke. World cross champion, Wout Van Aert was not on the start line as he is now looking at his road season, as he will be riding next weekend’s Het Nieuwsblad and then Strade Bianche in Italy. 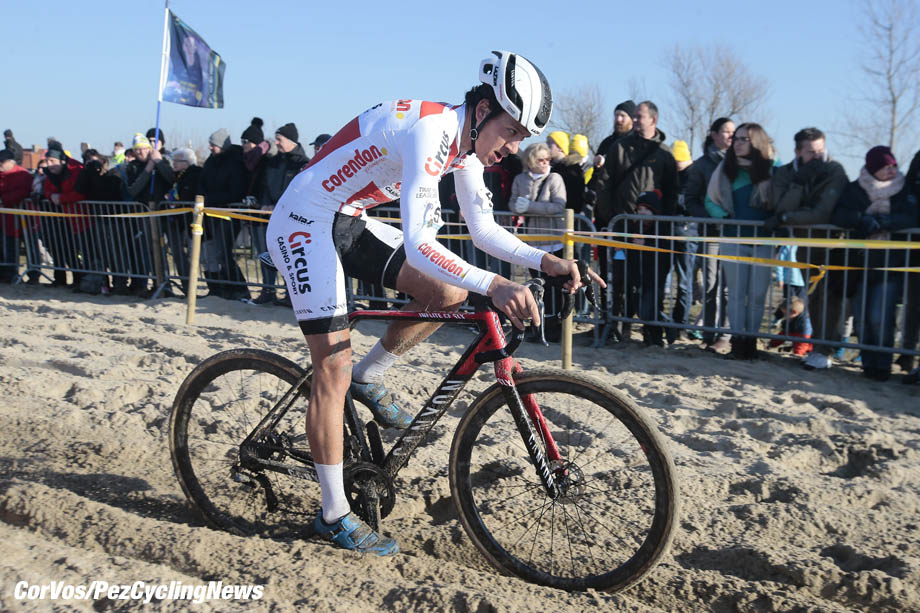 Van der Poel made his move on the third lap, he rode through the sand when others had to go on foot. His power gave him the gap he needed although they managed to hold him at 10 seconds on the fourth lap, but after that the European champion had the race in his pocket. Behind Van der Poel, Merlier and Vanthourenhout battled for second place. Merlier came out the better as Vanthourenhout finished third.

The win was Van der Poel’s 29th of the season and with it came the overall win in the SuperPrestige trophy. Van Aert kept his second place without riding and Laurens Sweeck was third overall. 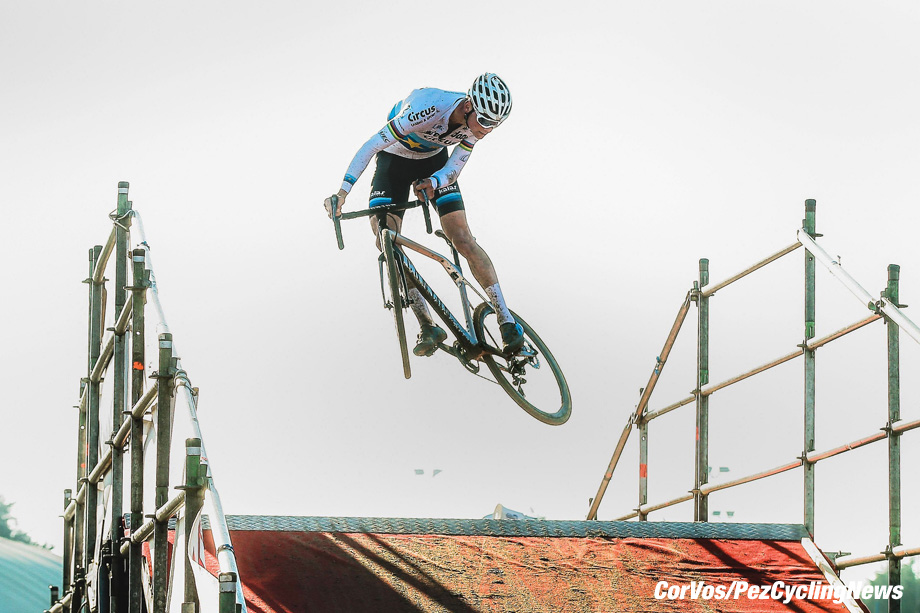 Time for some ‘showboating’ 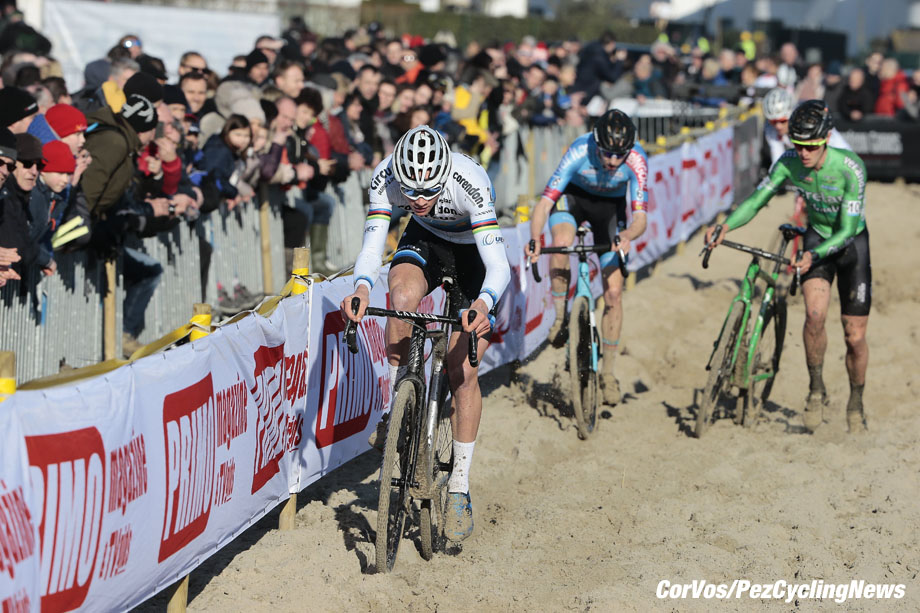 Van der Poel could ride when others had to run 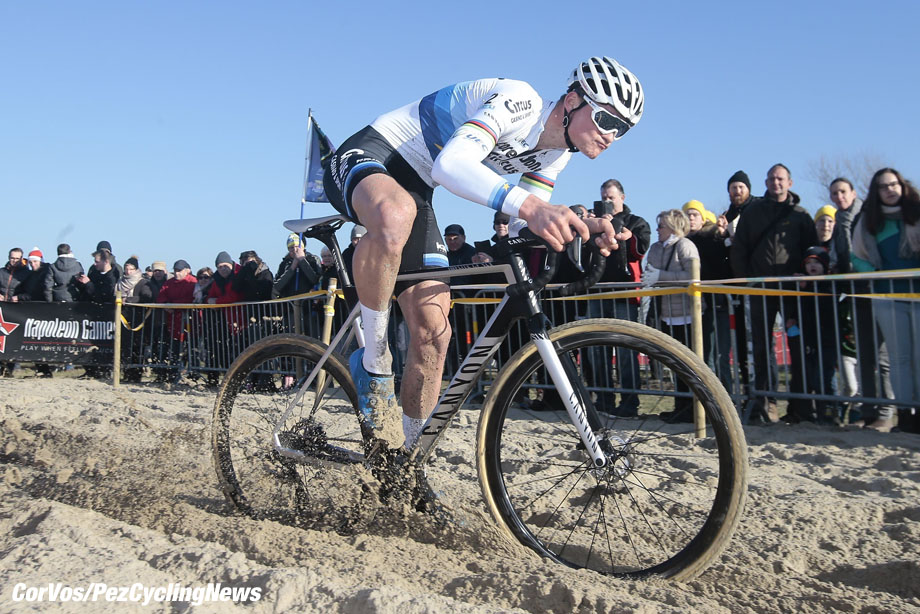 No problem for Van der Poel 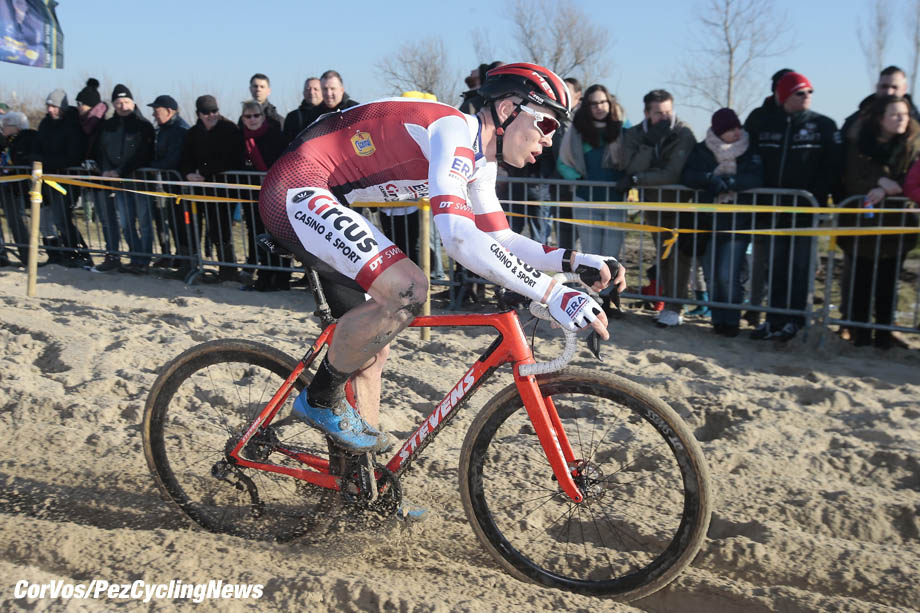 6th for Sweeck and 3rd overall 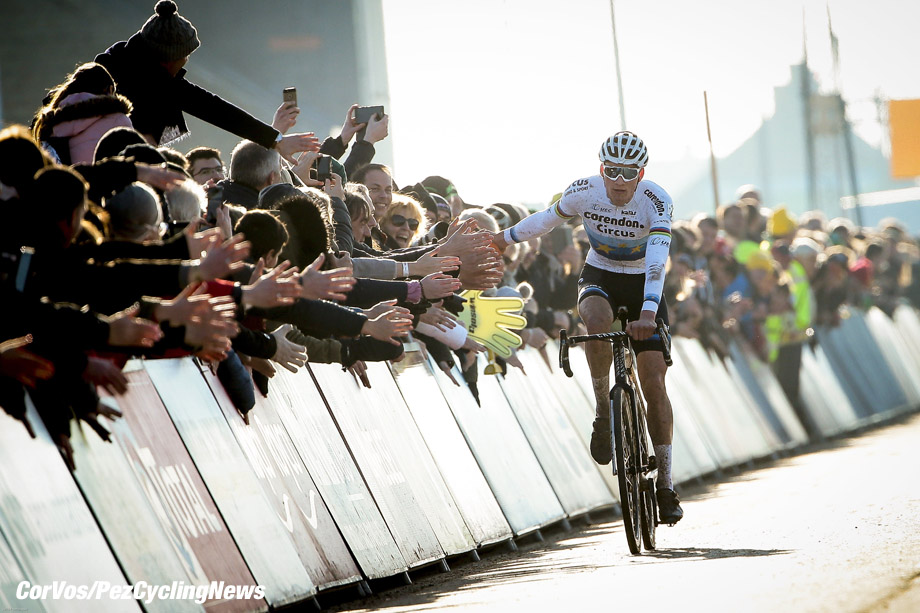 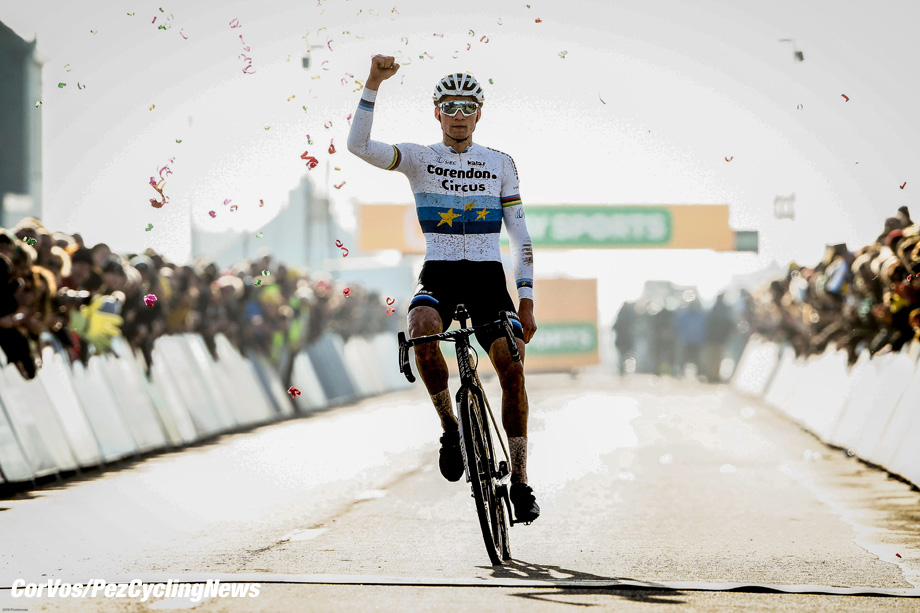 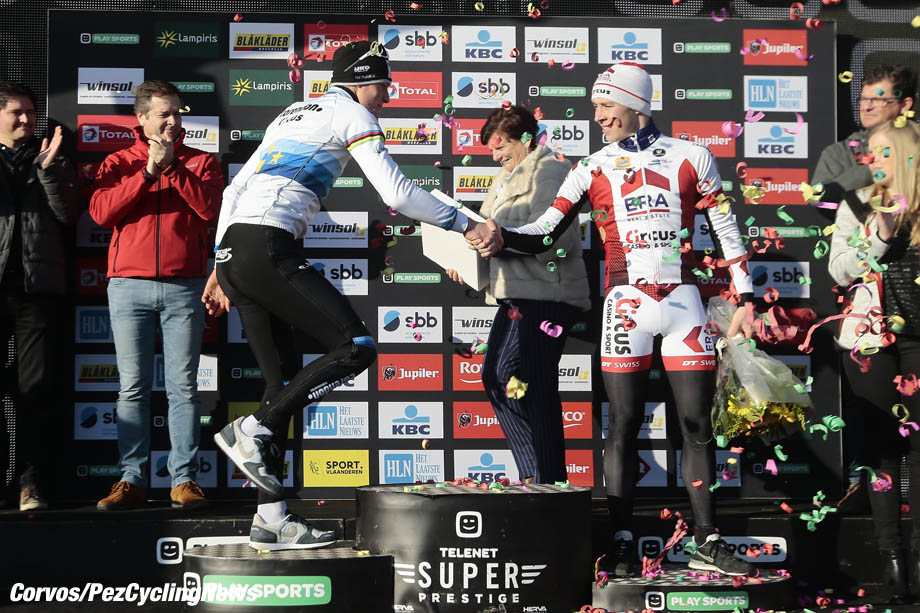