Worlds Photo Gallery: We not only have Ed Hood in Yorkshire for the World Championships, but our PEZ behind-the-scenes photographer, Heather Morrison is also ‘Roadside’ in England. First up for our intrepid pic-taker was the junior Men’s road race – start and finish as seen by Heather. 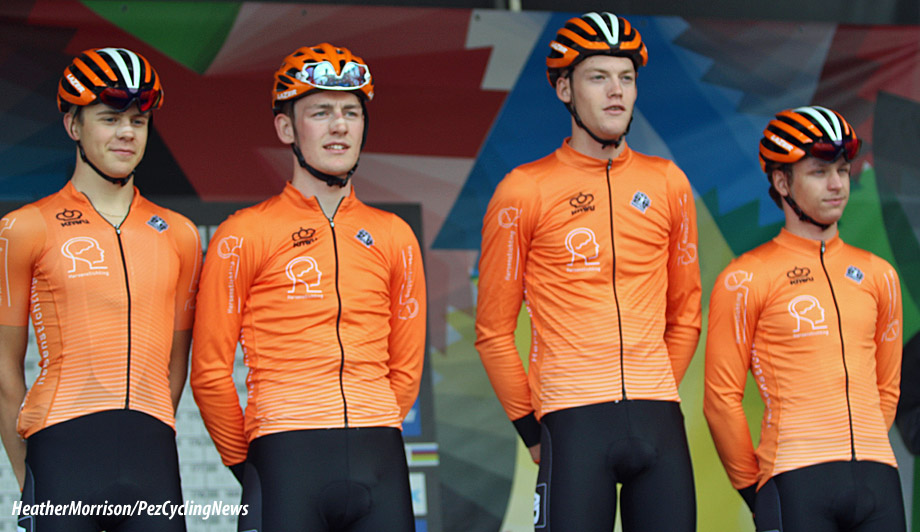 The Dutch team were strong, but out of luck – Enzo Leijnse best placed in 4th 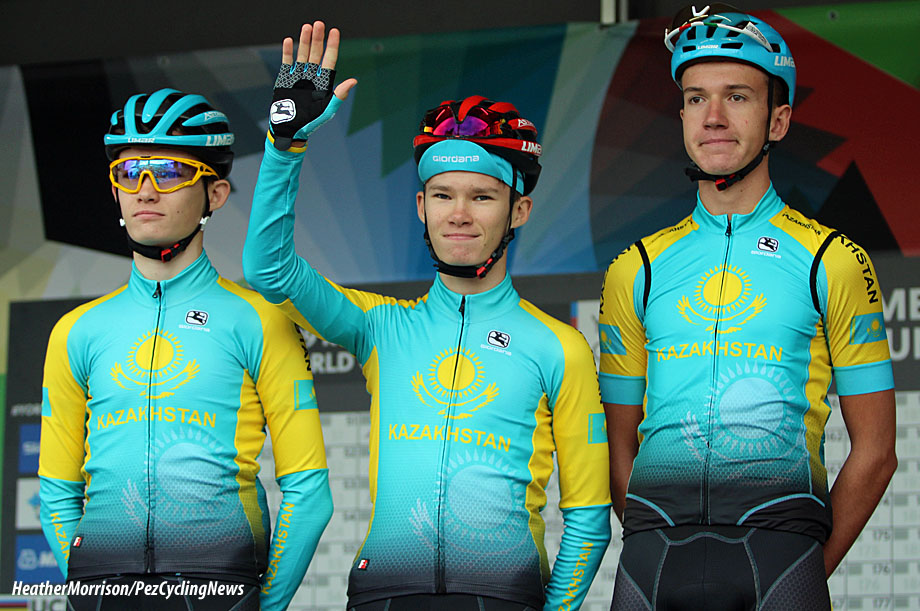 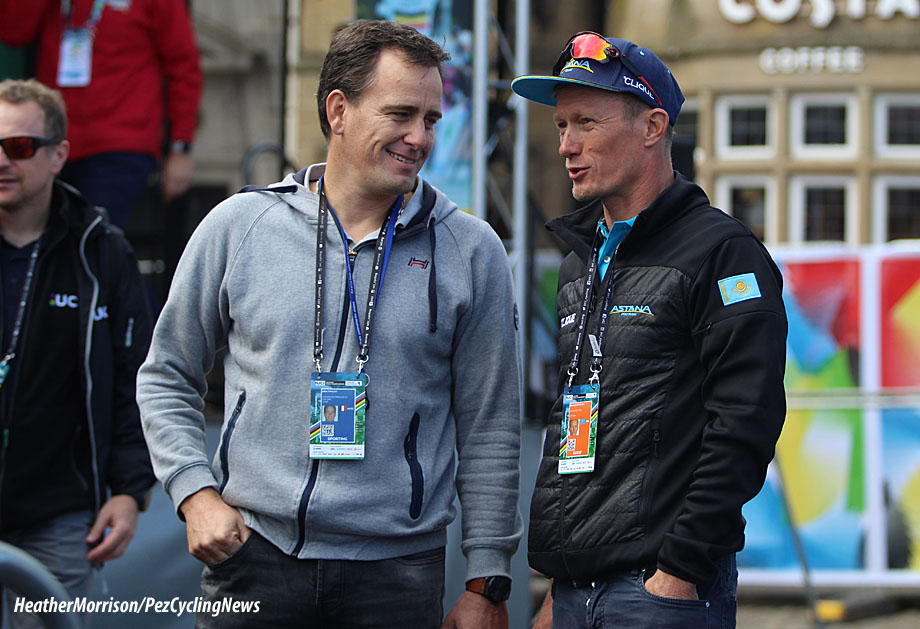 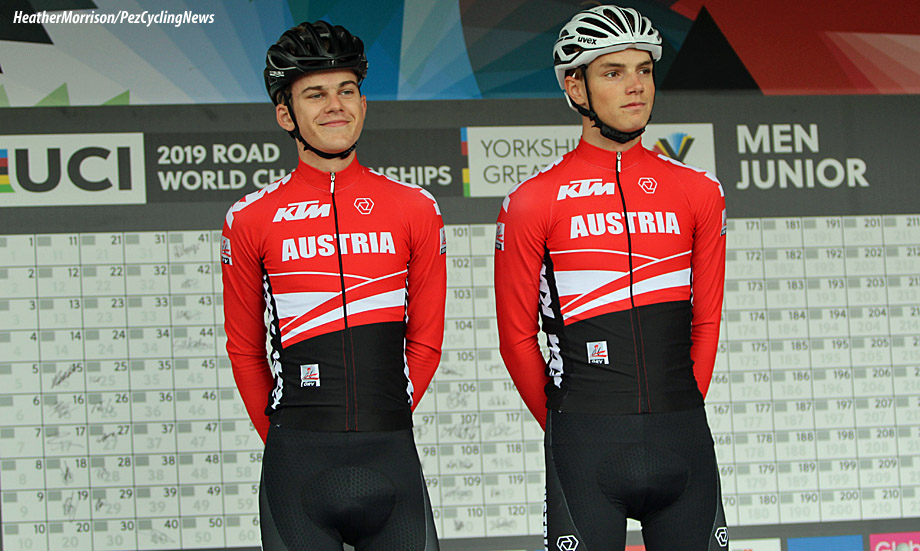 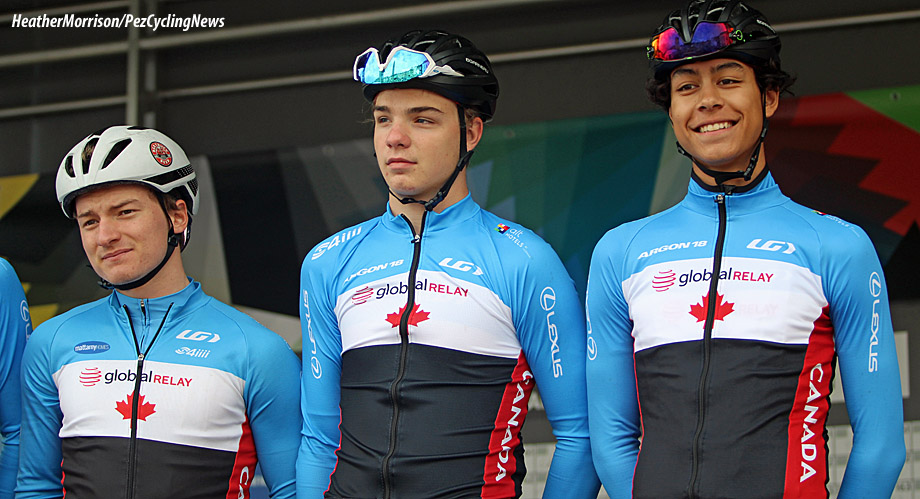 Team Canada ready for the start 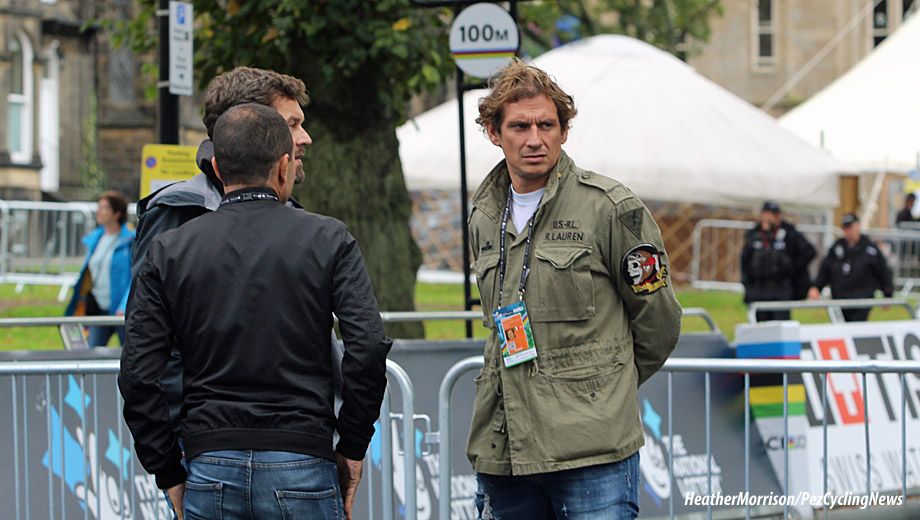 Filippo Pozzato is in Yorkshire 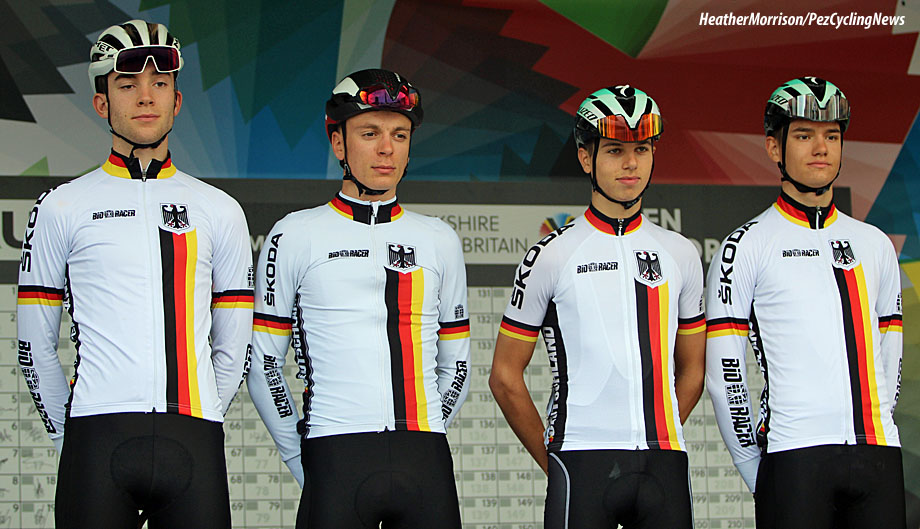 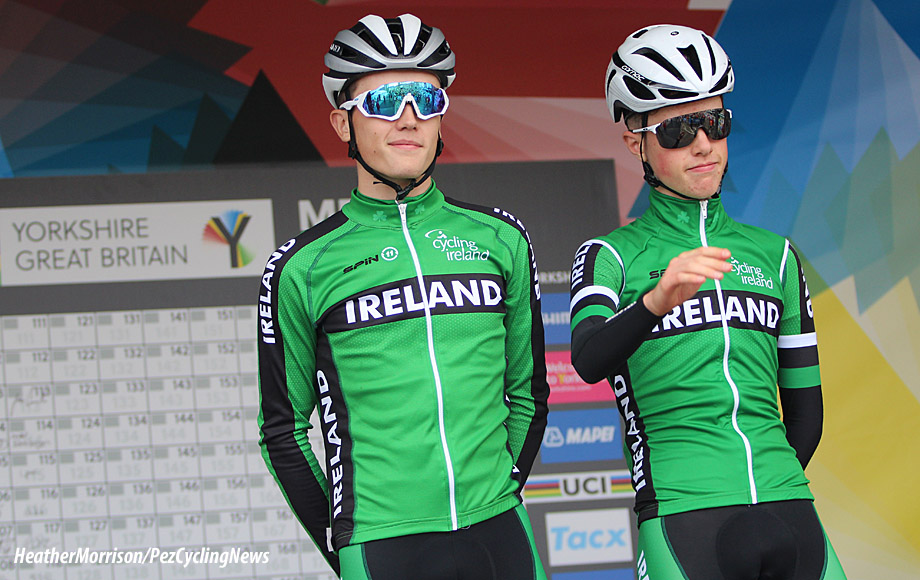 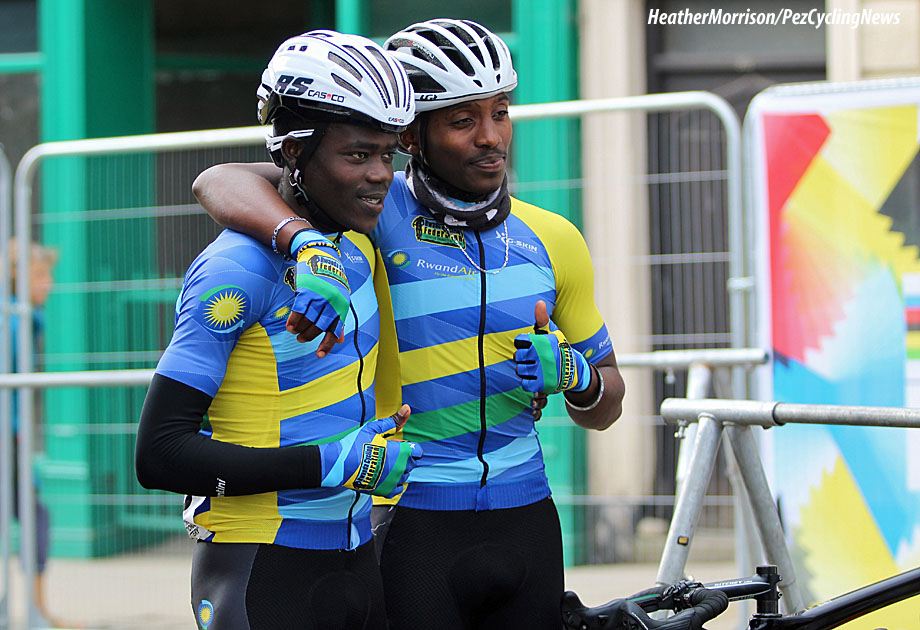 All the way from Rwanda 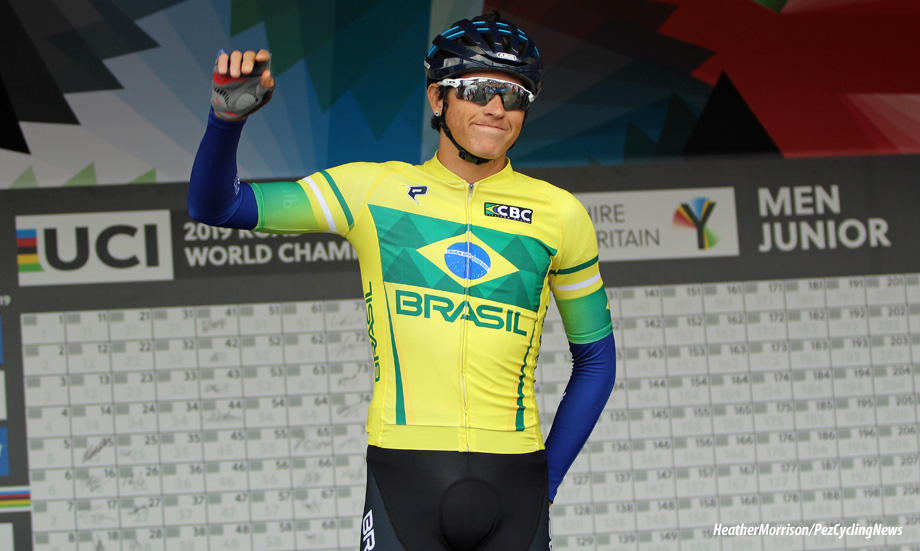 Only one rider from Brazil on the start line 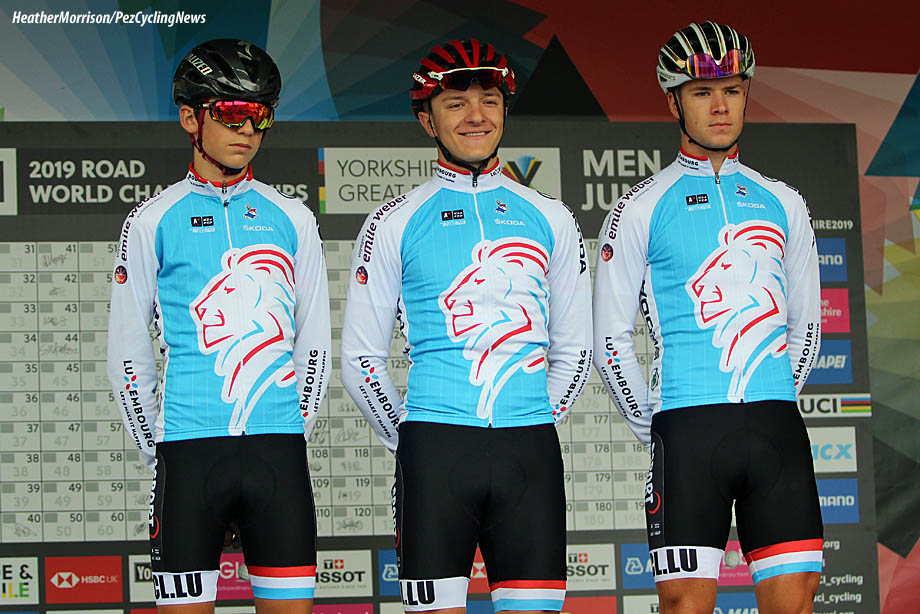 New kit for the Luxembourg riders 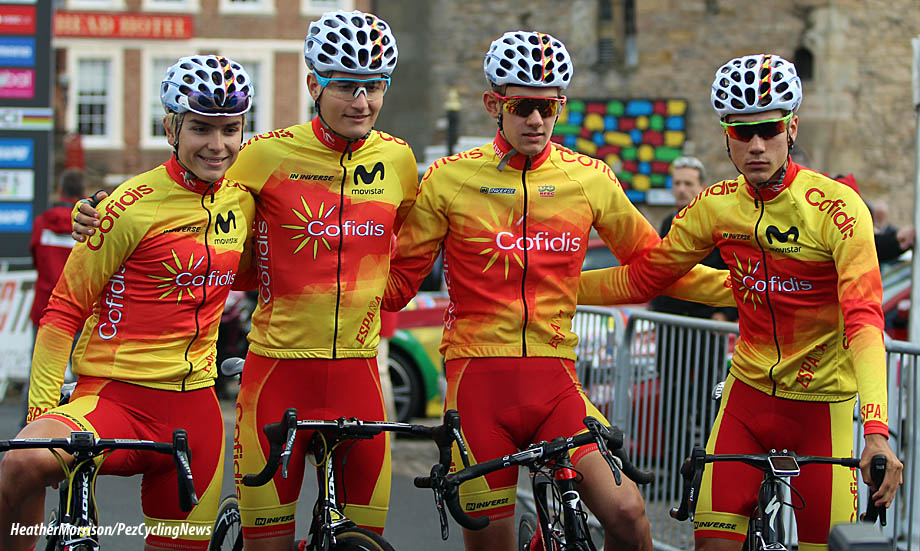 The Spanish team had a rider in the early break, but best finishers were Juan Ayuso Pesquera and Carlos Rodriguez Cano in 23rd and 24th 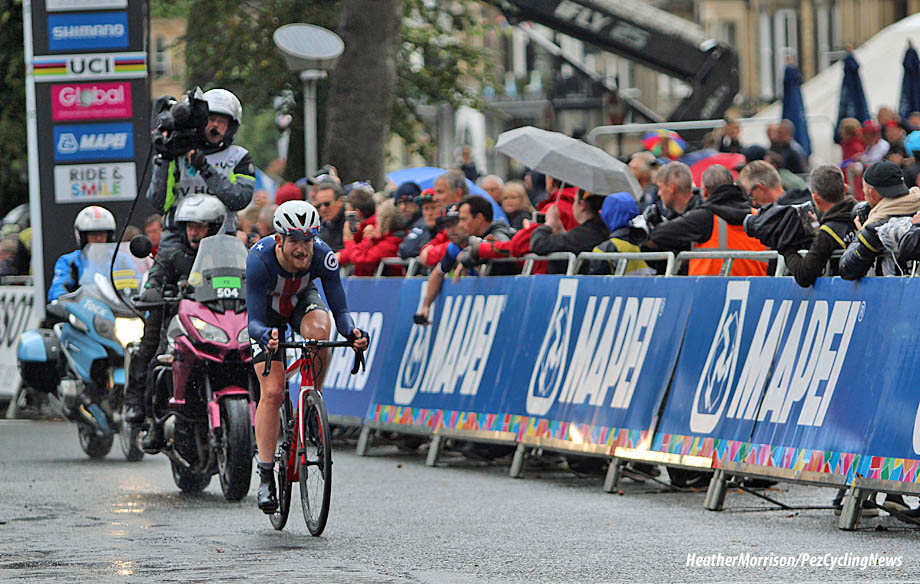 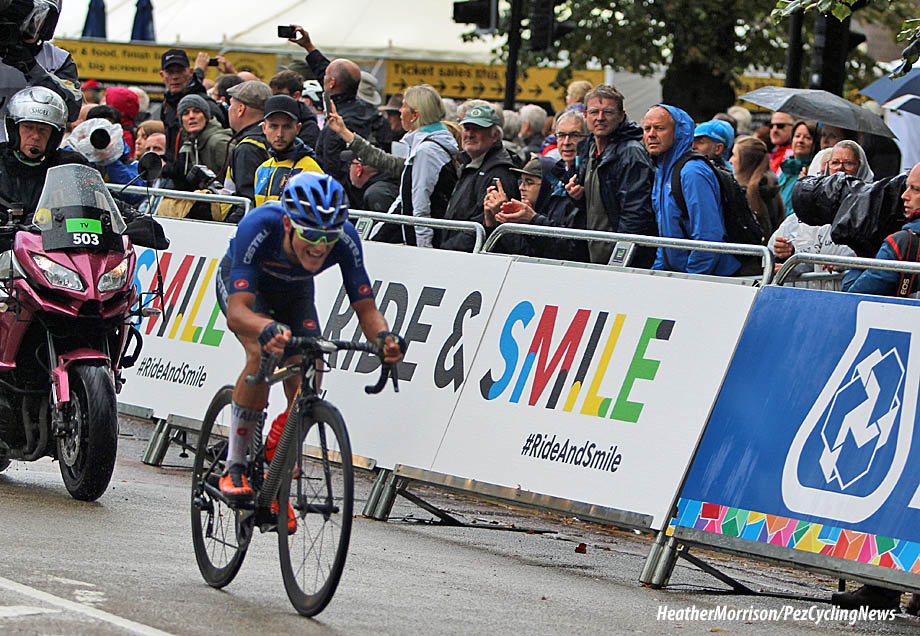 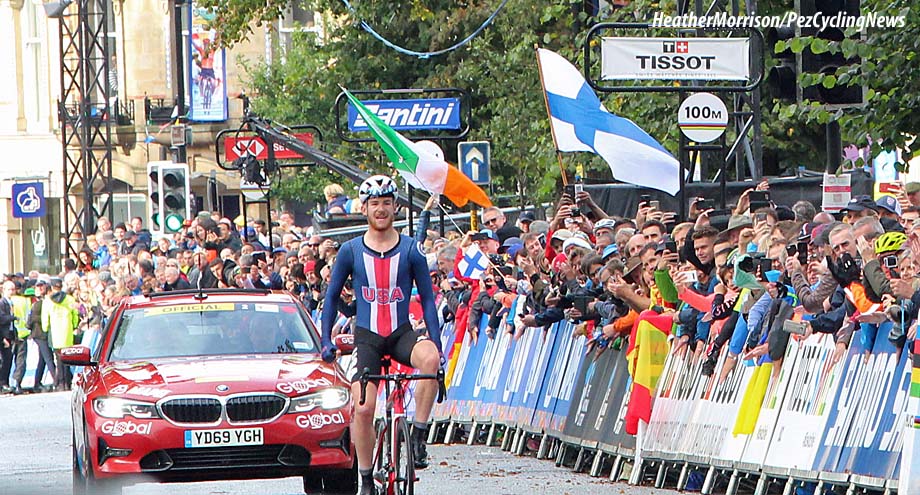 The win for Simmons 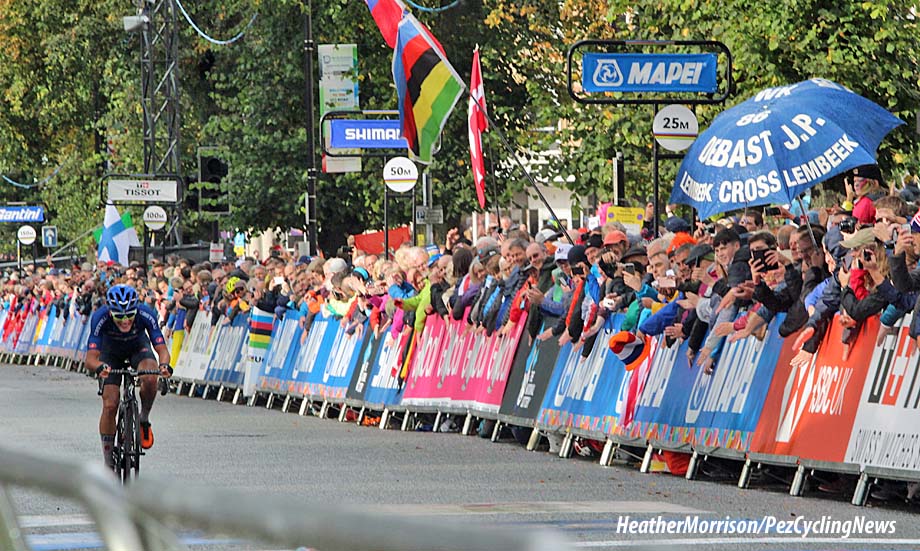 Martinelli had a hard ride for silver 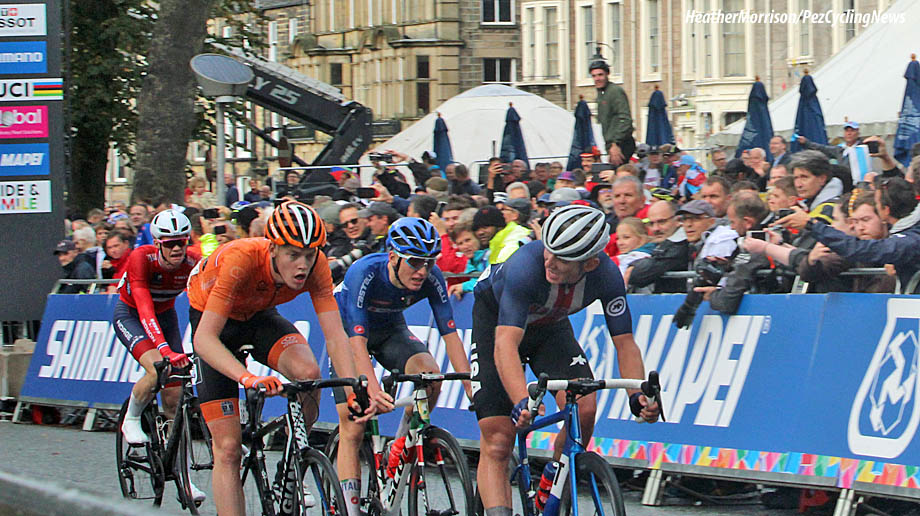 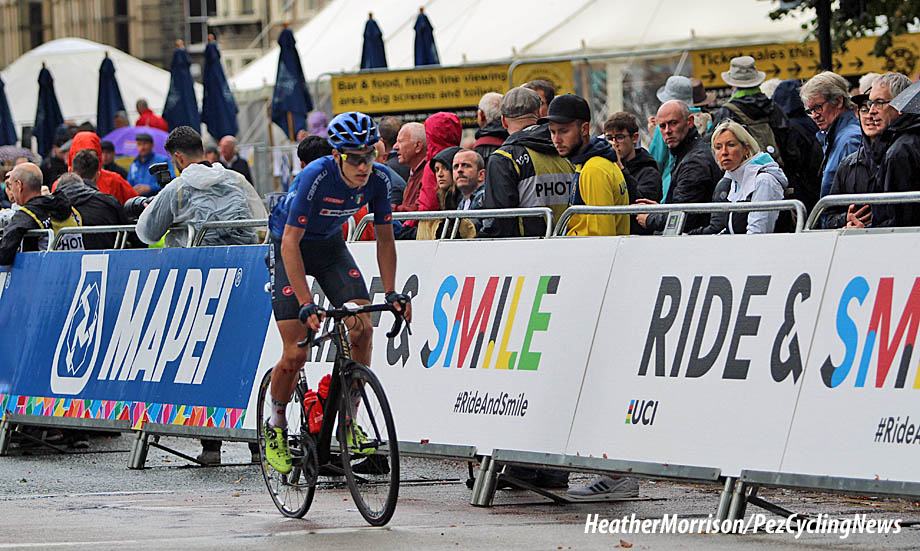 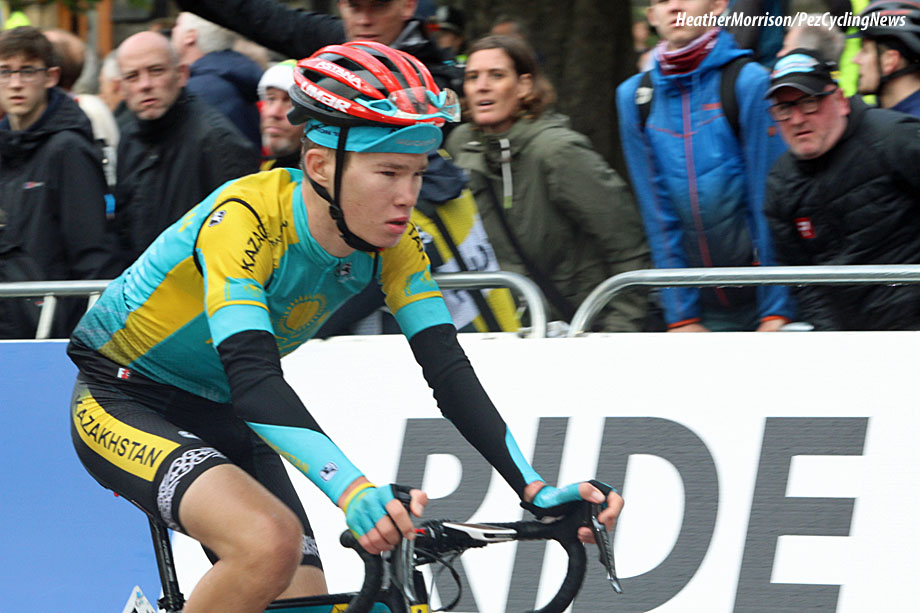 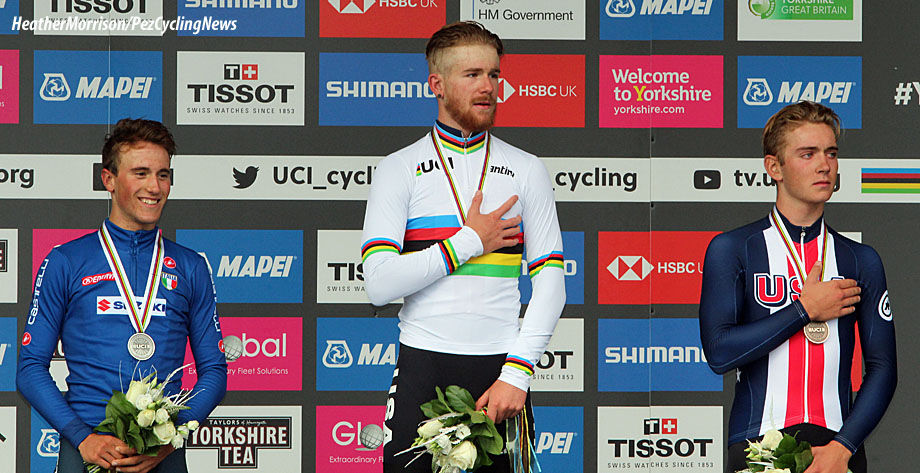 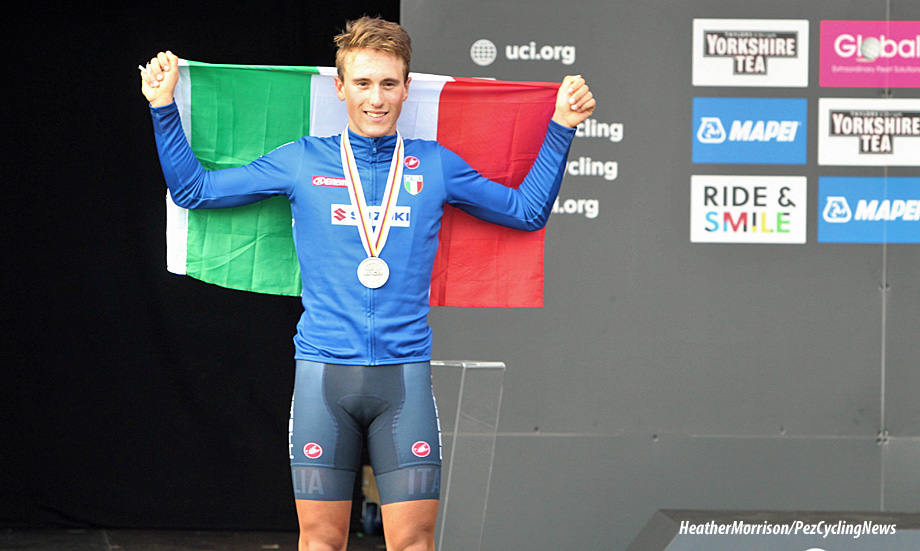 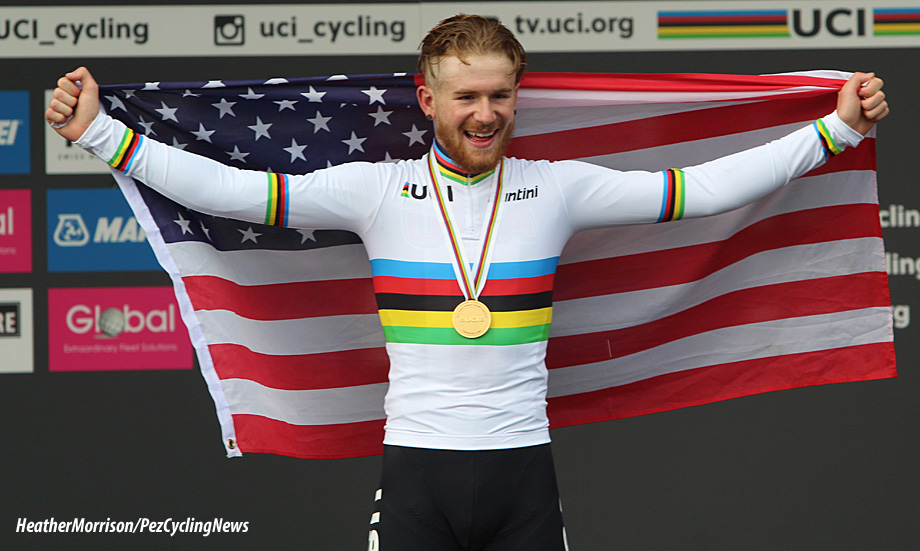 Quinn Simmons – The US Remco Evenepoel? 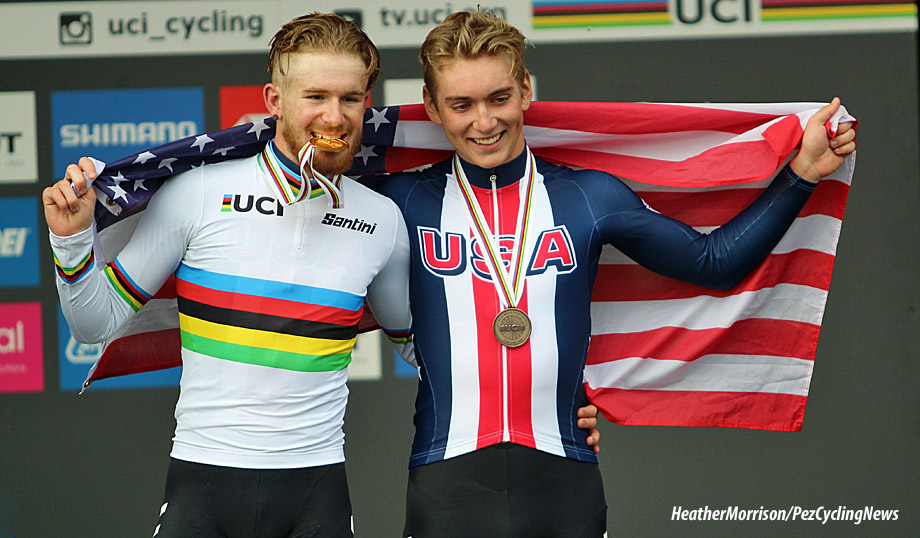