Worlds’18 Photo Gallery: Spain’s Alejandro Valverde played the perfect game to take the 2018 World road championship title on Sunday, topping off his full and varied career at the age of 38. The finalé, with the decisive steep climb, came up to expectation as Canada’s Michael Woods ripped the important split from the leaders, for Valverde to finish the move. Here are the best photos from Innsbruck by Cor Vos. 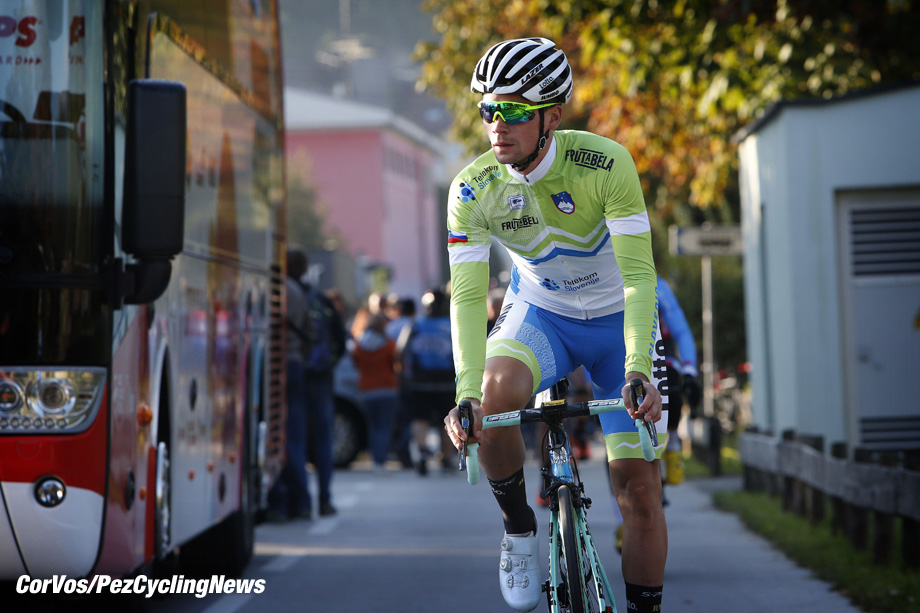 Primoz Roglic was one of the favorites, but a late crash and the chase ruined his chances 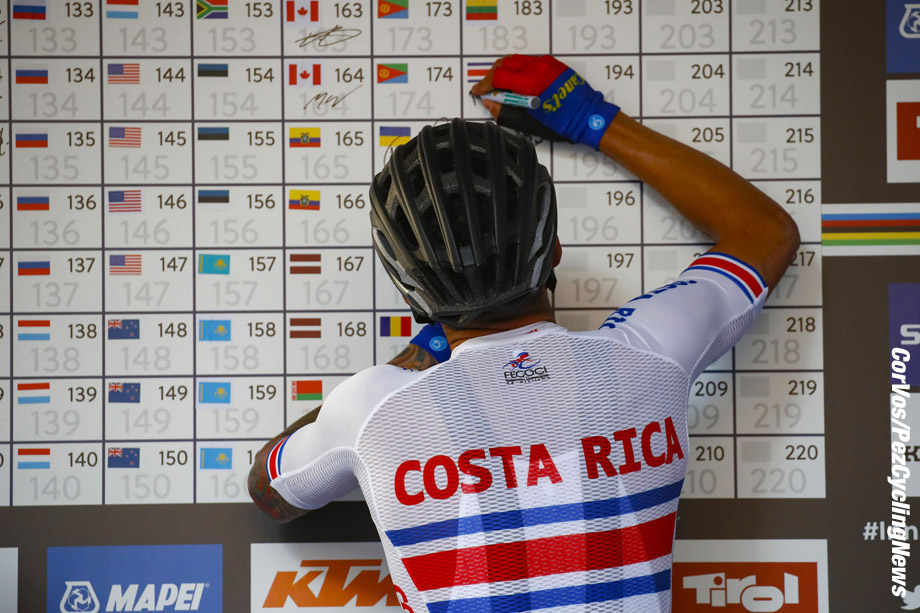 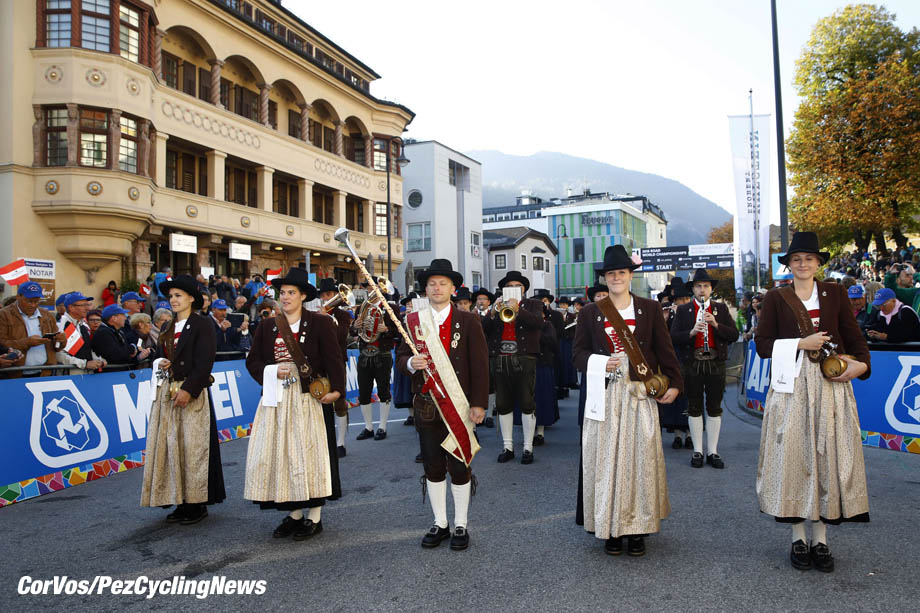 A bit of local Austrian color 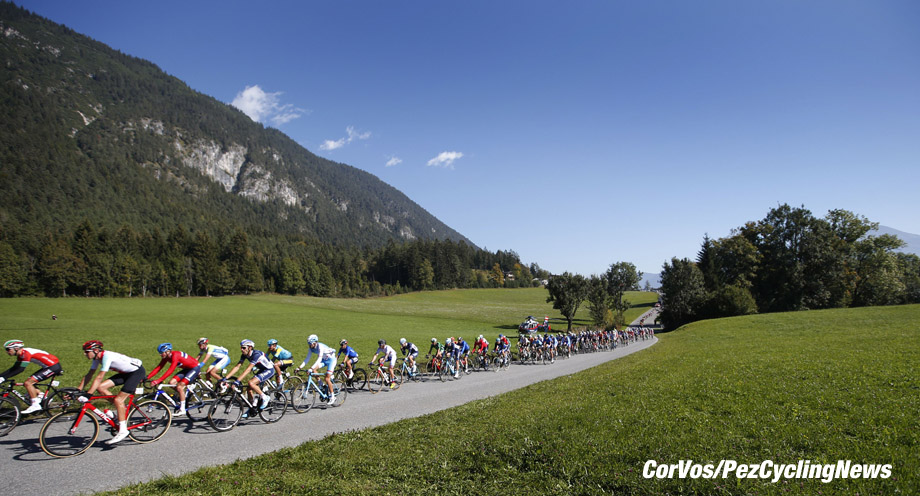 The peloton took an easy start 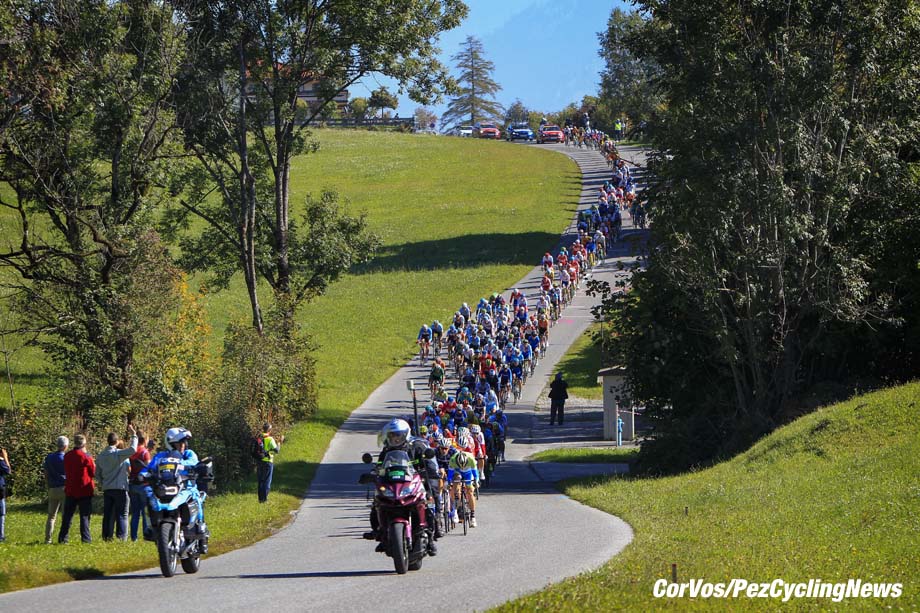 Not so many fans on the opening section 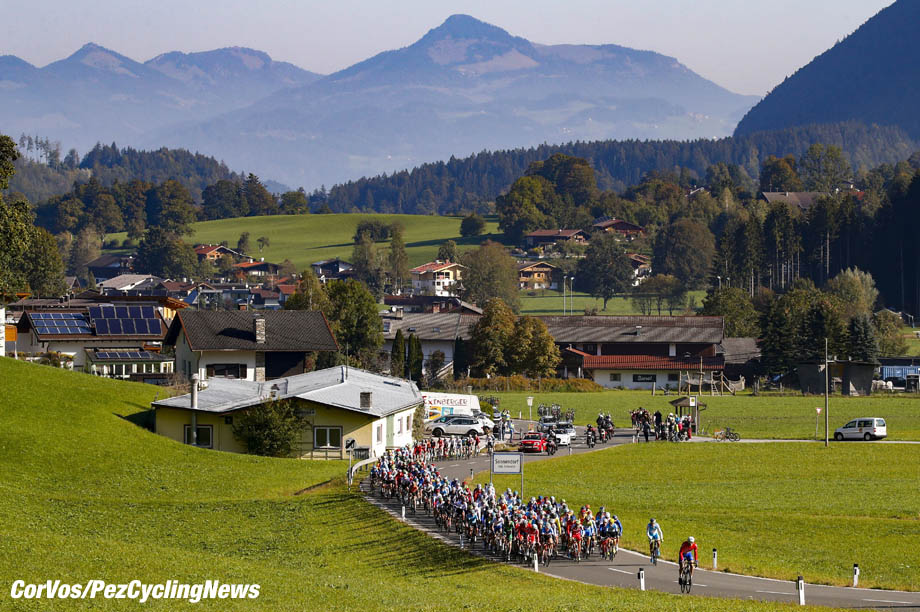 The first attacks came on the run to Innsbruck 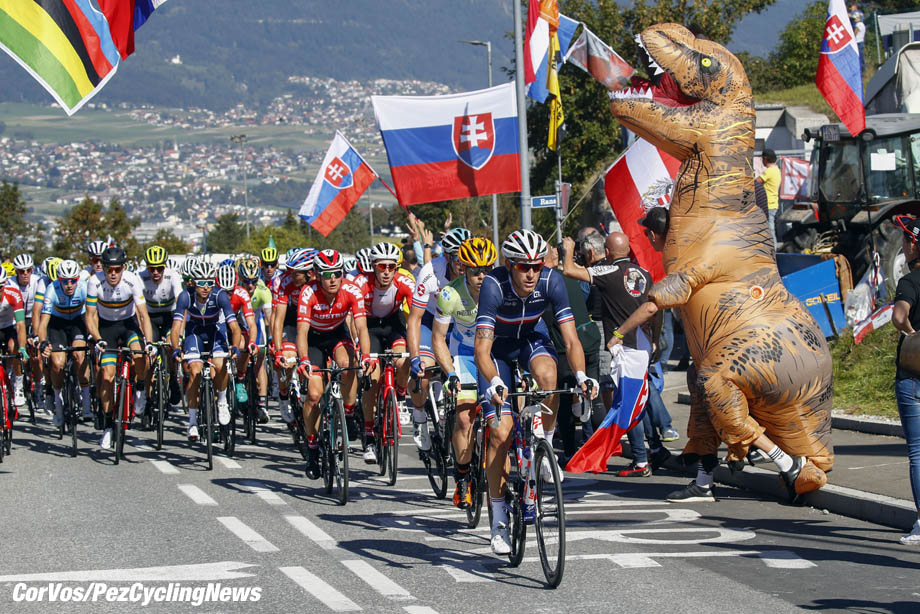 The French team nearly pulled it off – There is no truth in the rumor that dinosaurs roamed the earth the last time a Frenchman was World champ! 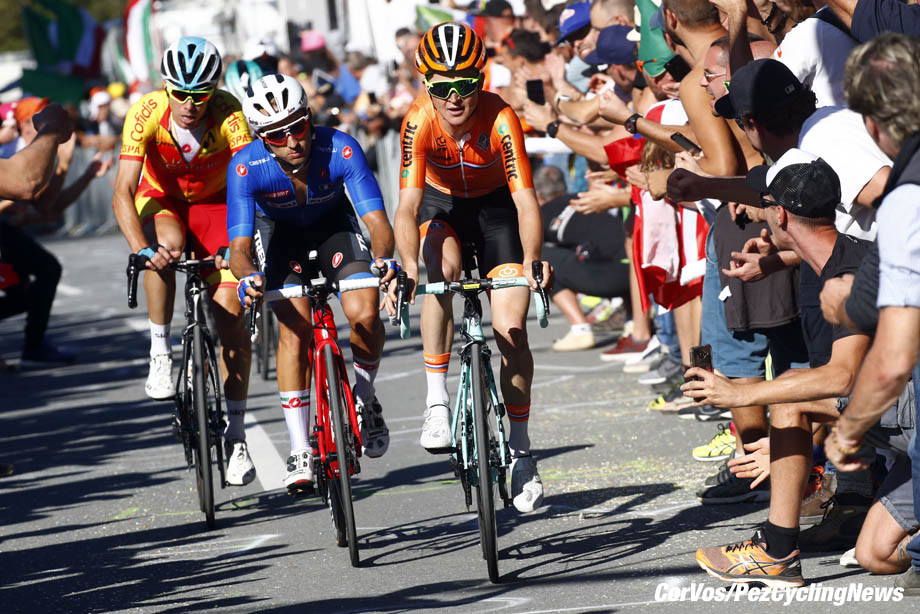 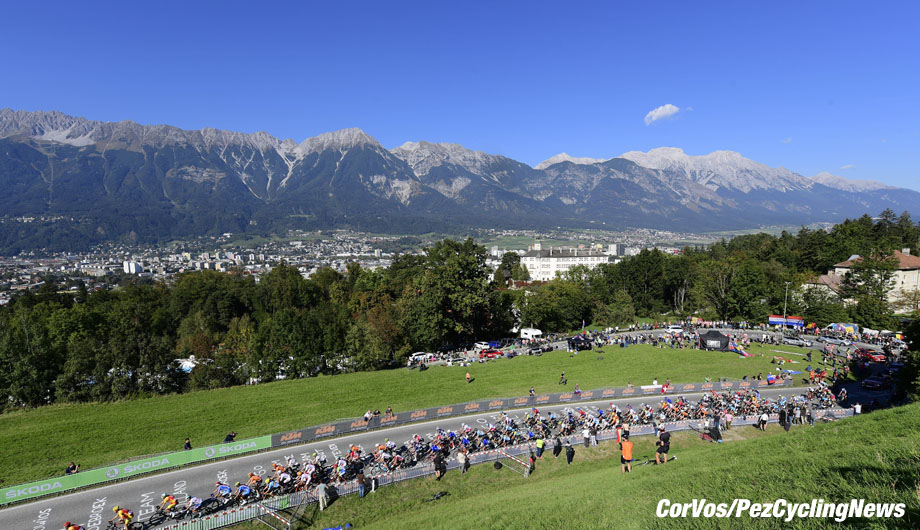 The mountains shaped the 2018 World championships 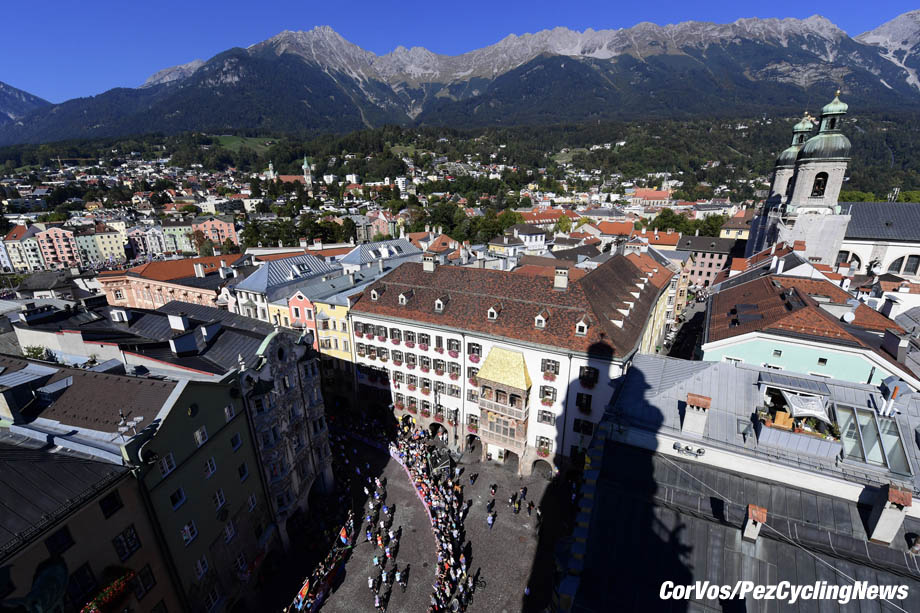 The race passed through Innsbruck eight times before the finish 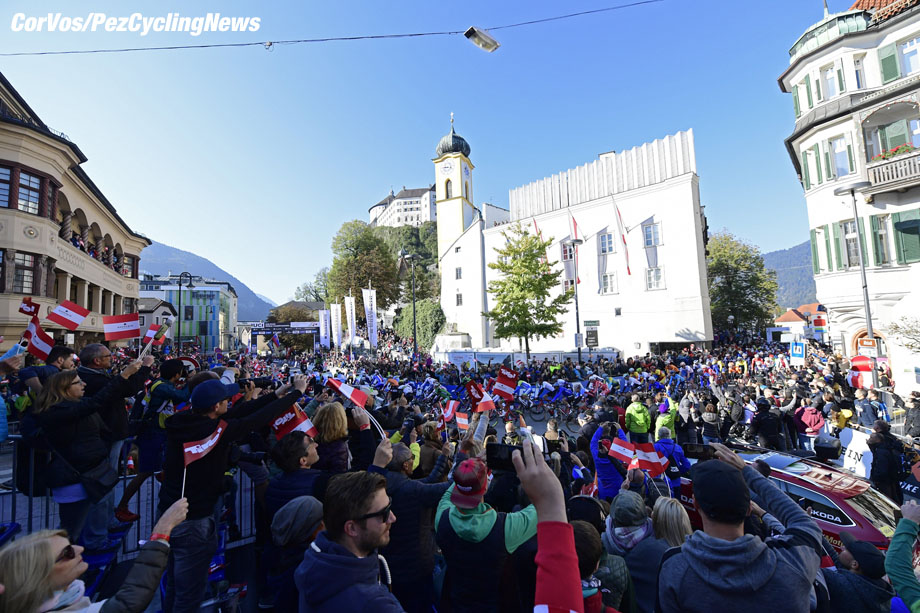 The fans were happy! 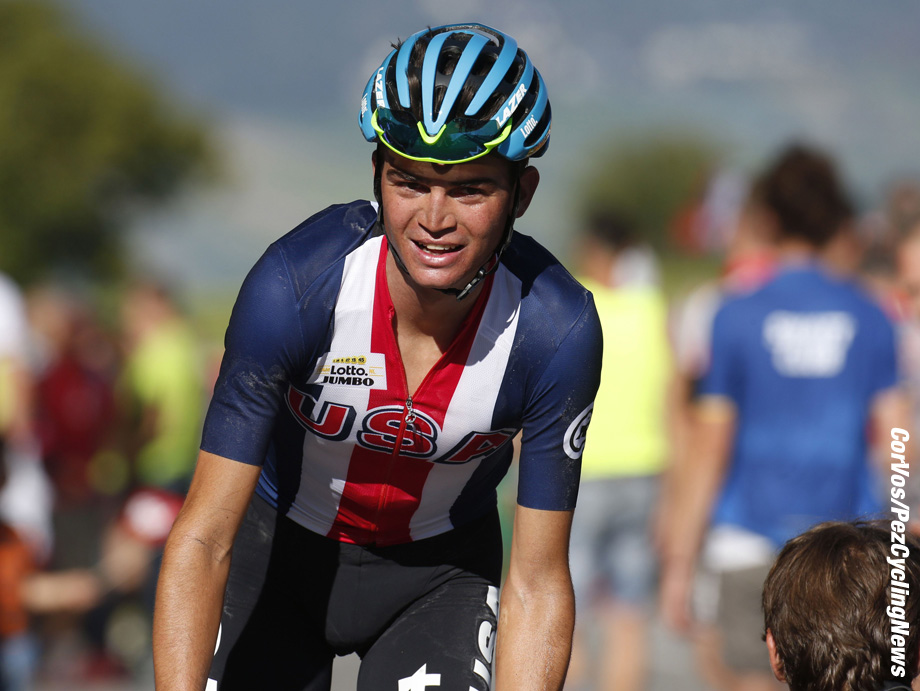 Maybe the birth of his twins took it out of Dan Martin? 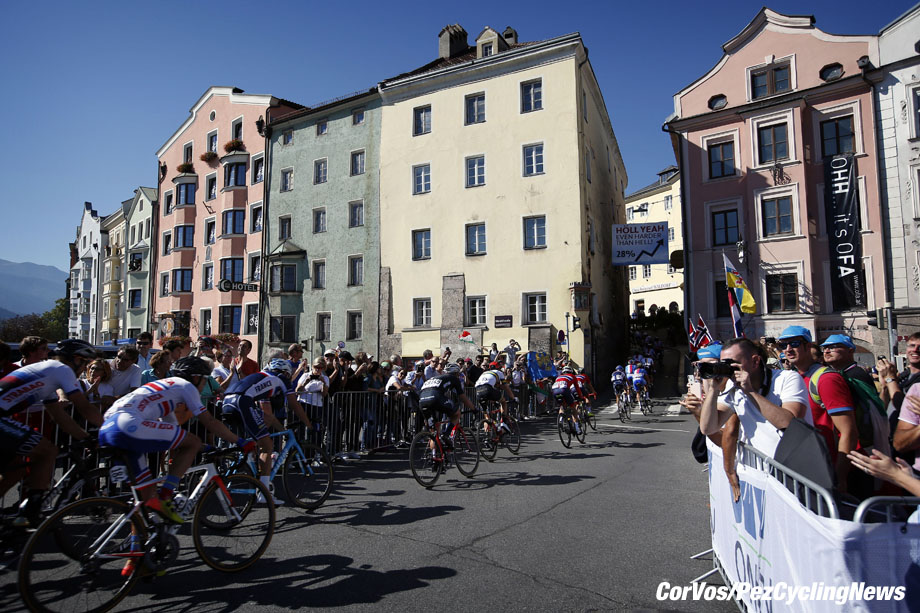 Greg Van Avermaet launched his attack on this short climb 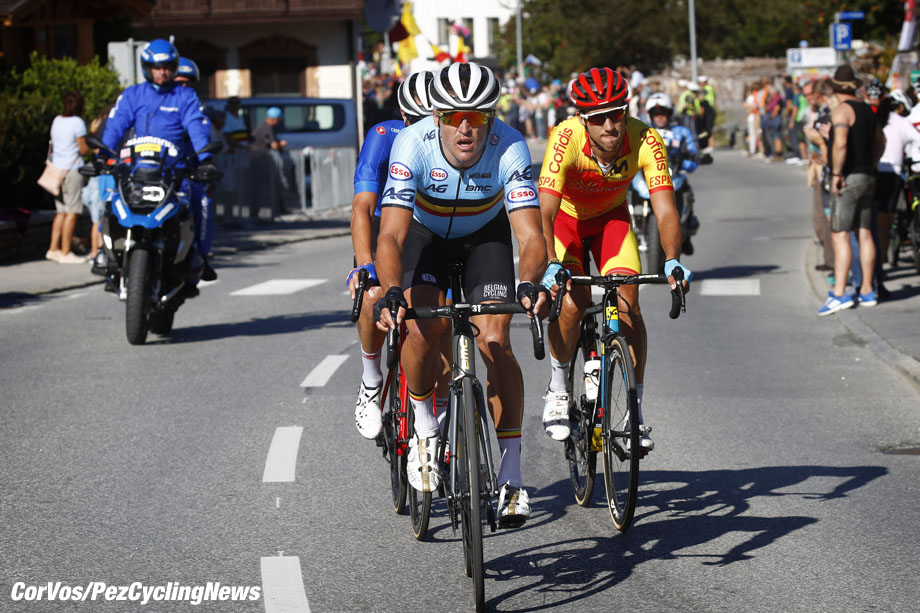 The circuit probably didn’t suit the Olympic champ, but that didn’t stop him trying

Too much to hope for 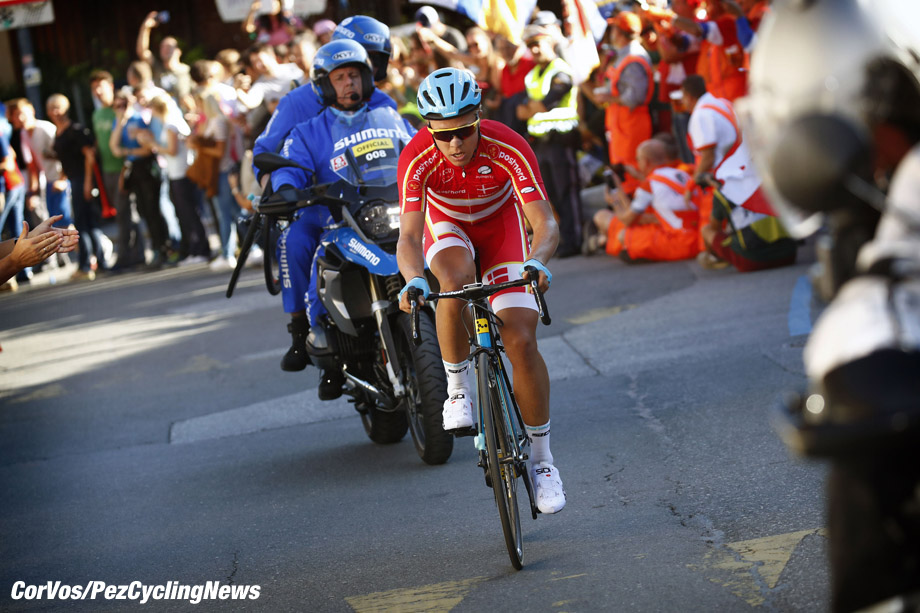 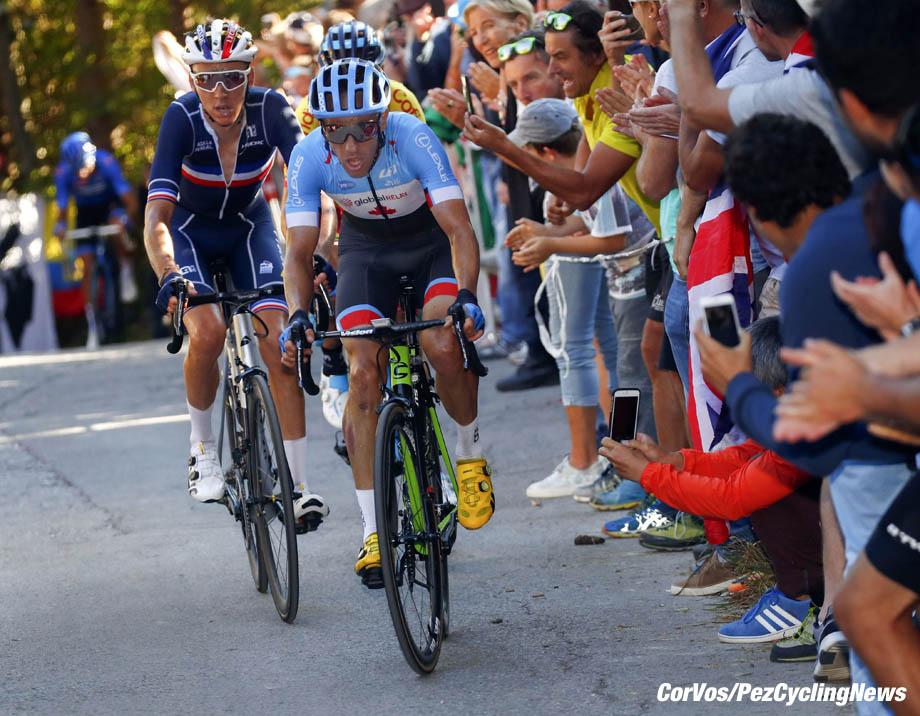 The man of the day – Michael Woods 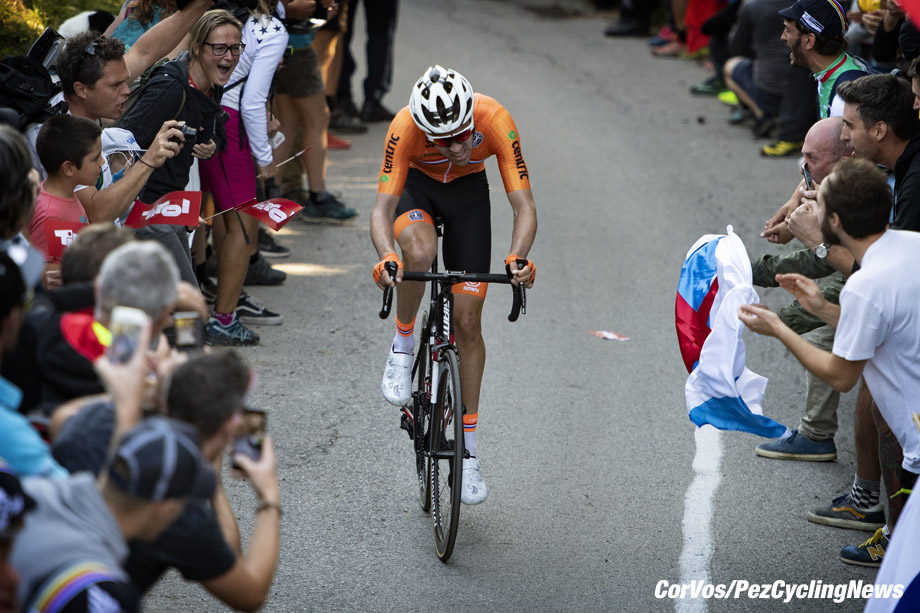 Tom Dumoulin crossed to the leaders, but had nothing left for the sprint 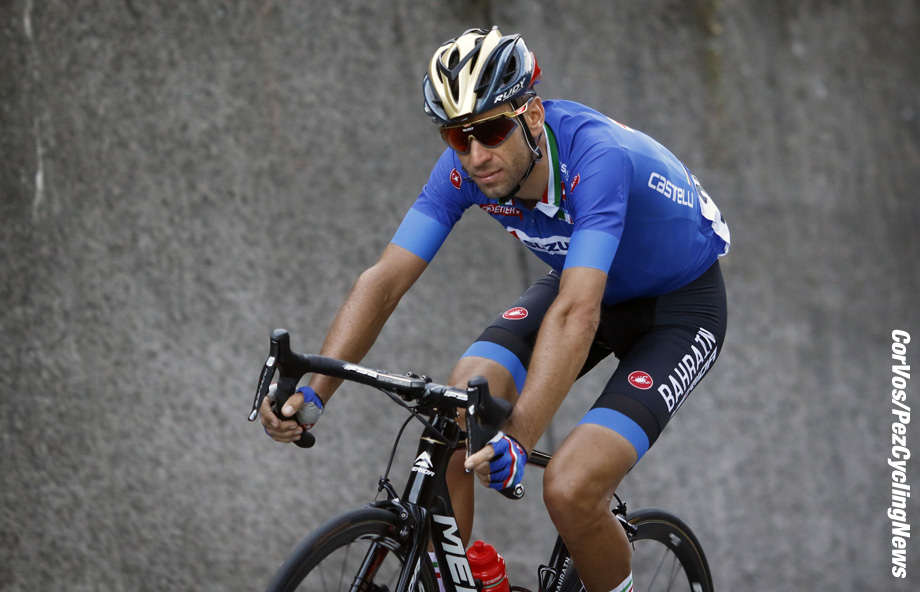 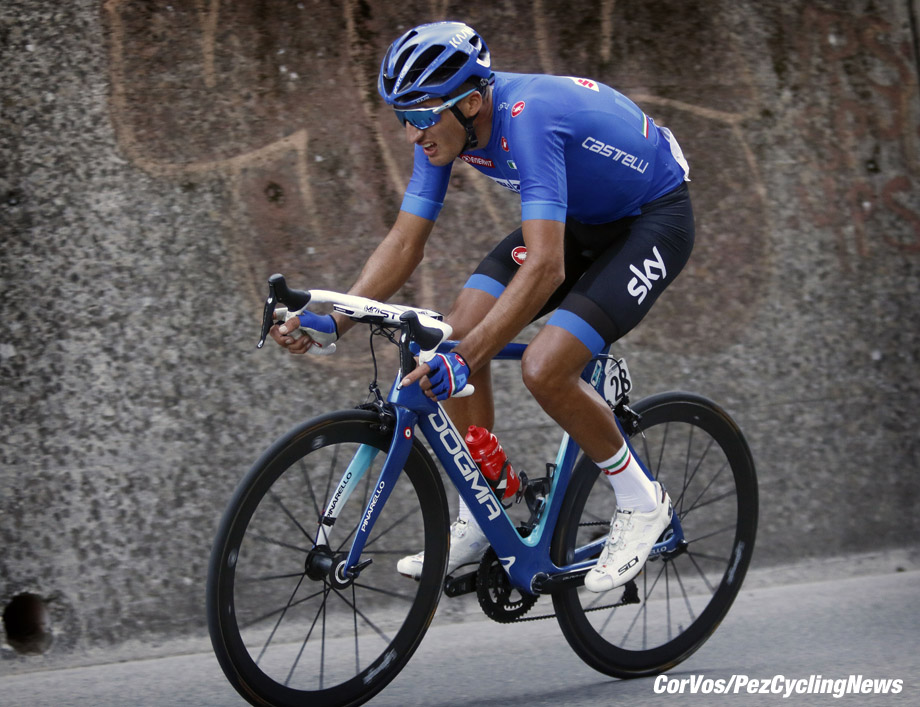 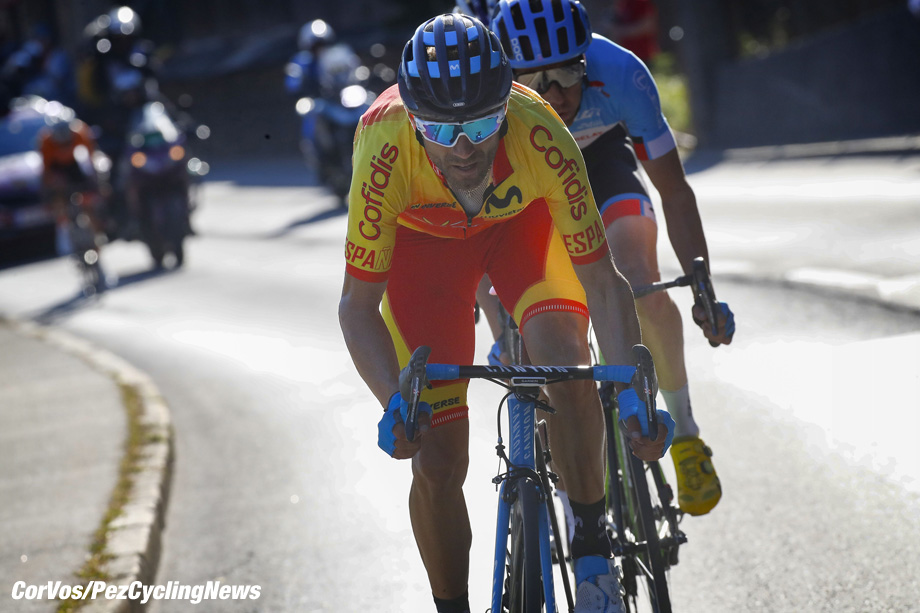 Valverde, Woods and Bardet fought hard to keep Dumoulin off 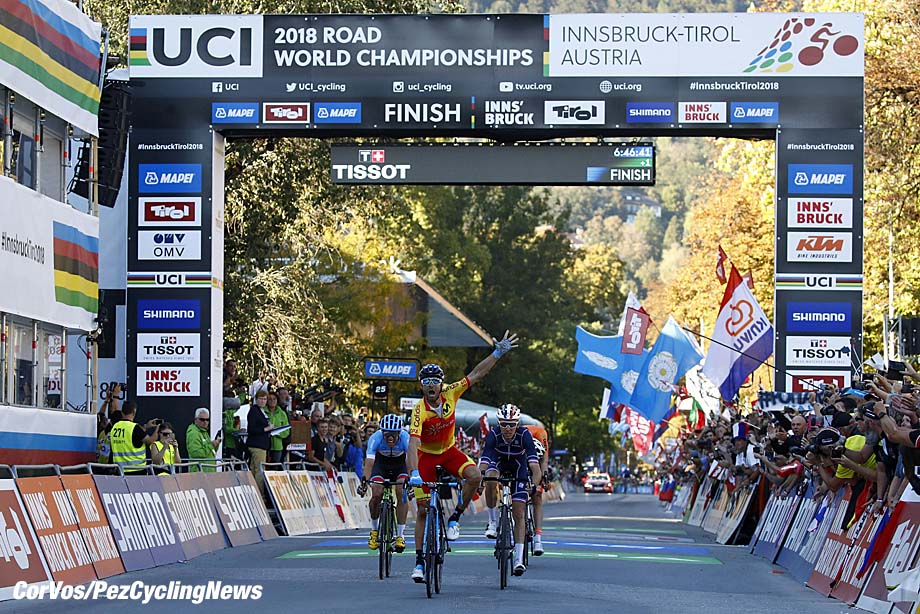 The big win for the ‘Old Fox?’ 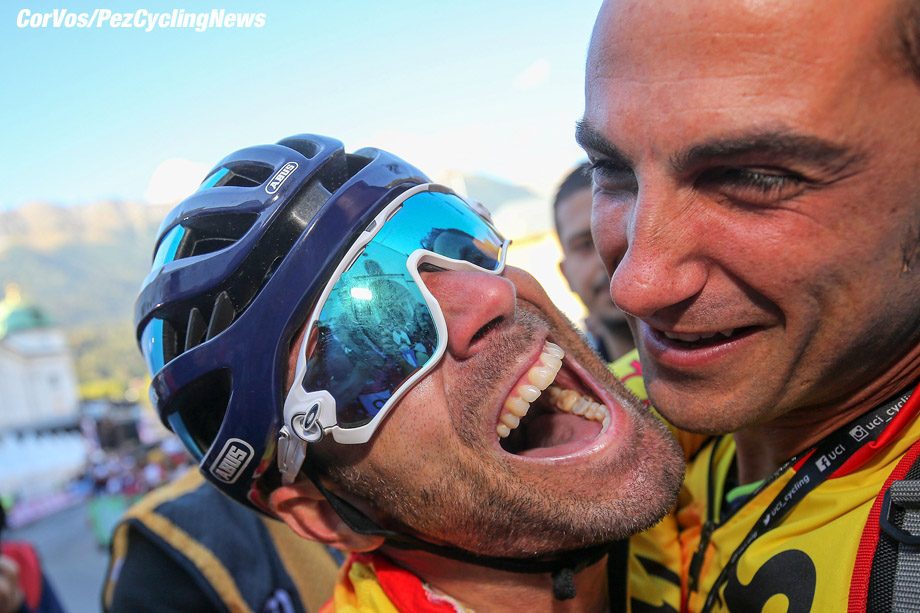 The rainbow jersey at last 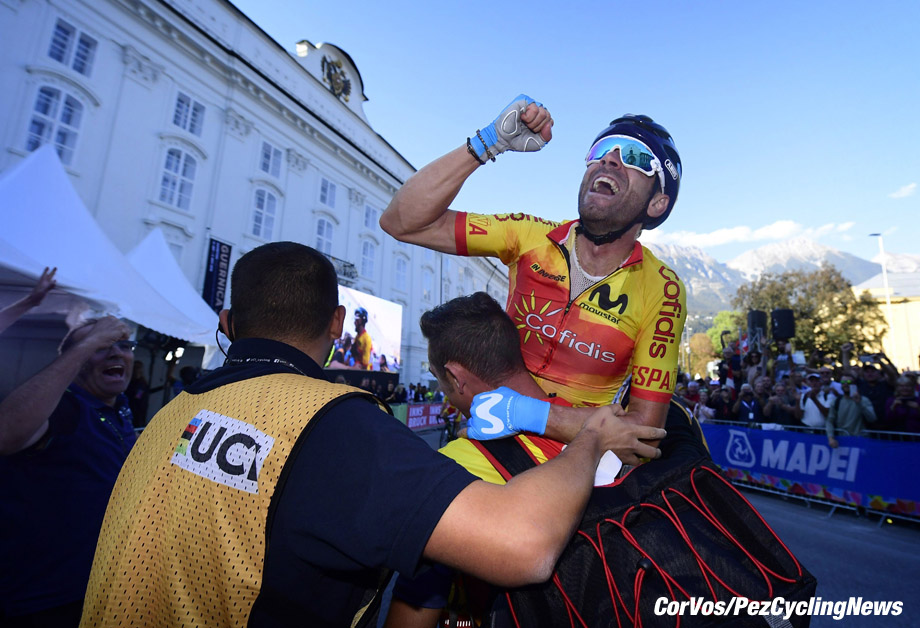 After so many years the emotions were high 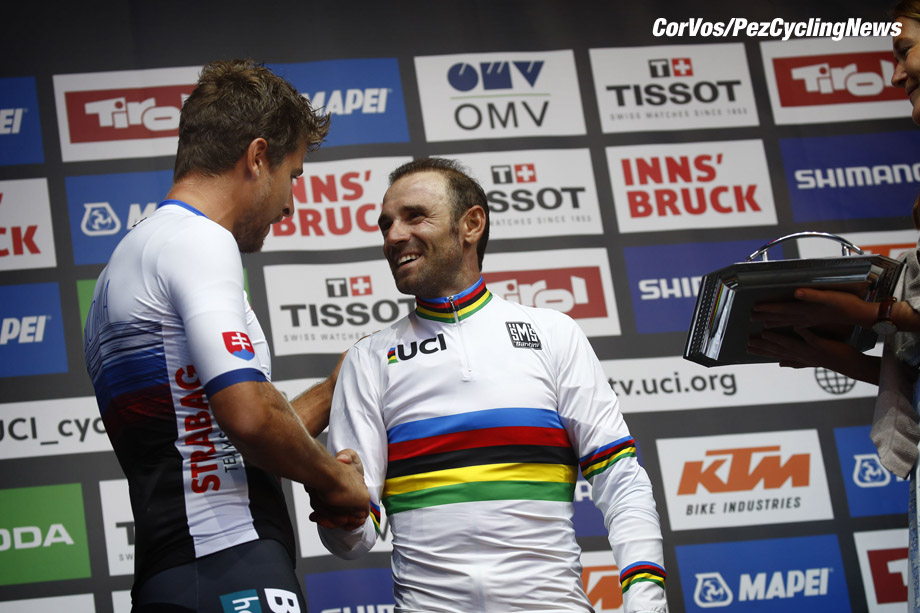 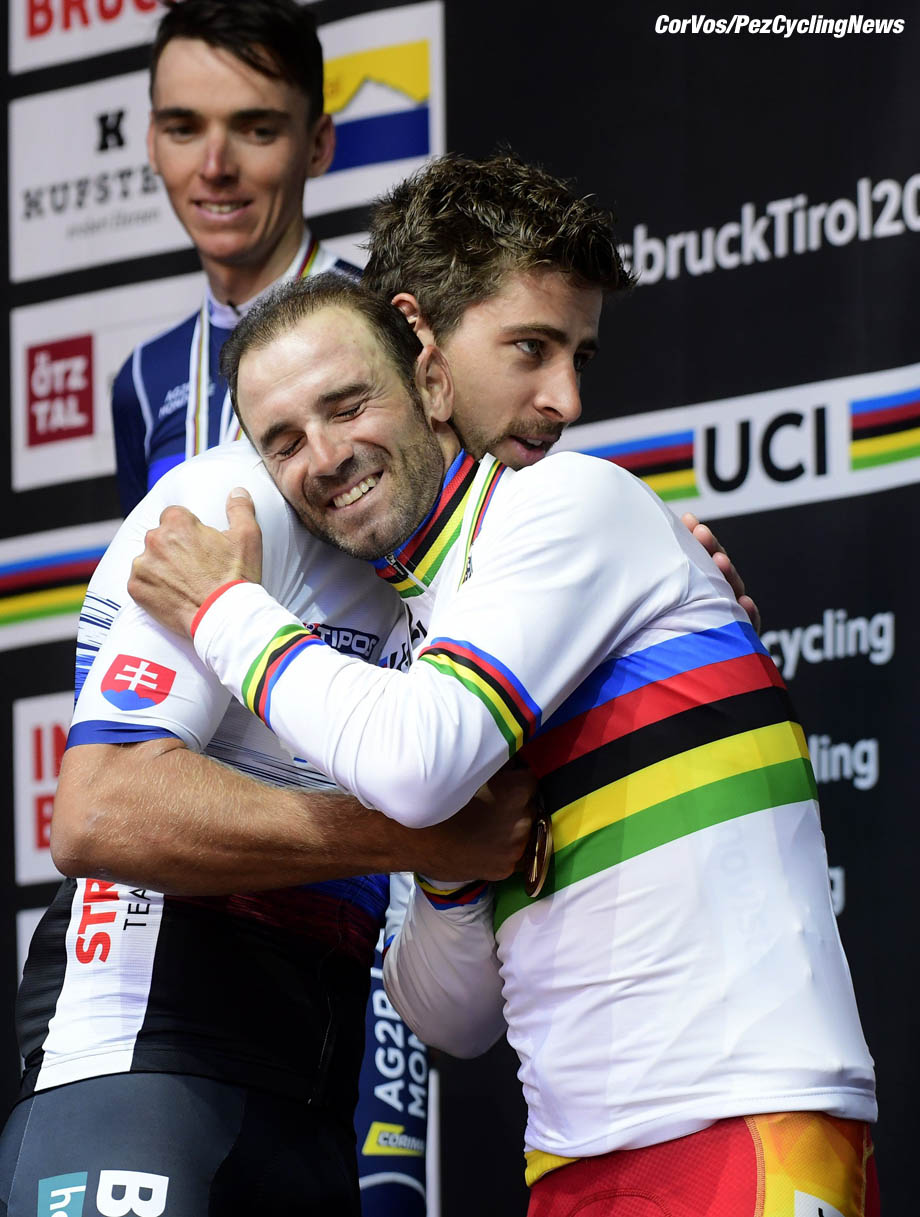 Sagan wanted Valverde to win if he couldn’t 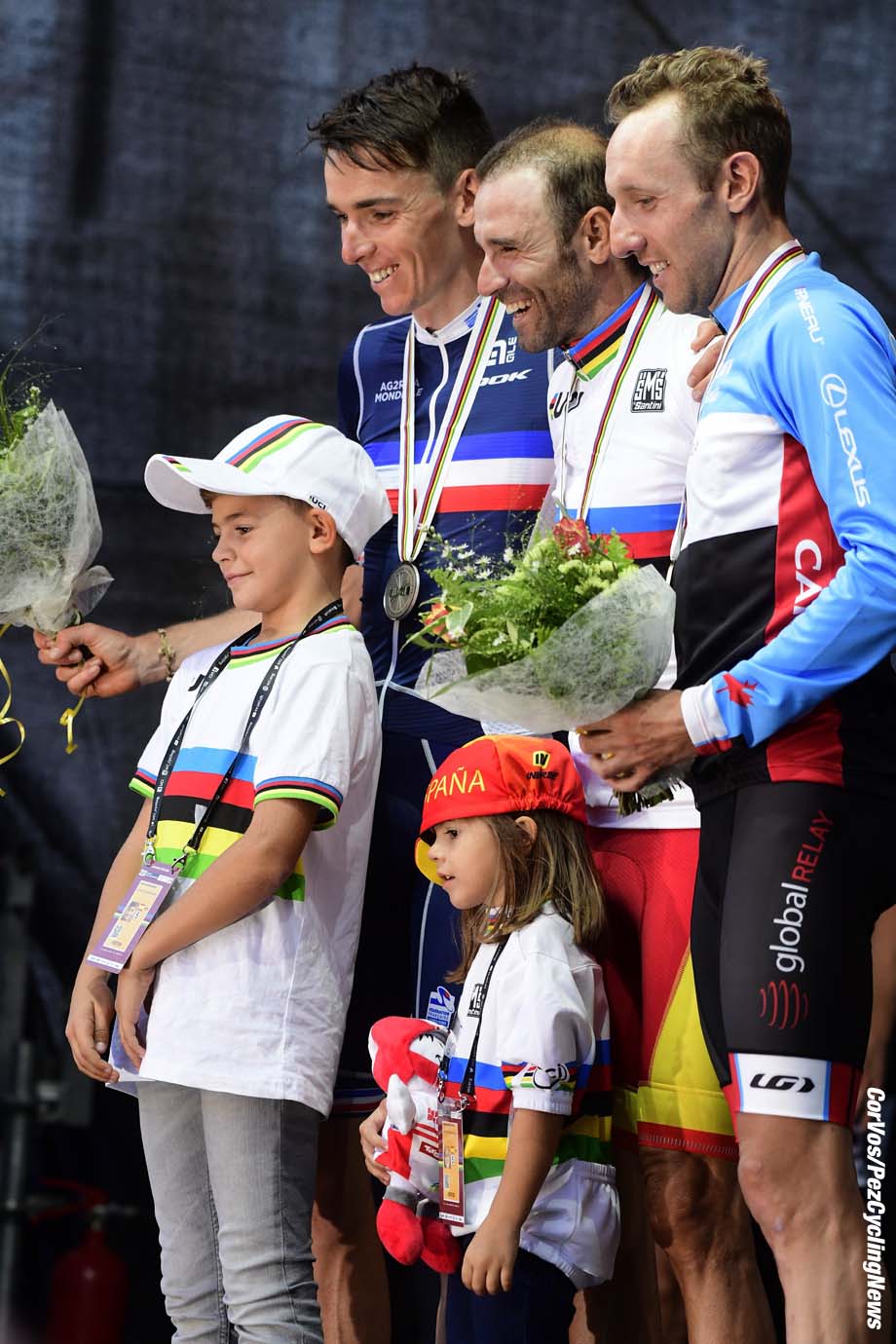 All the Valverde family were in Innsbruck for the Worlds