PeloPics: Marc Hirschi (Switzerland) soloed his way to the Men’s Under 23 Road Race rainbow jersey in the World Championships in Innsbruck on Friday afternoon, adding to his European title. Bjorg Lambrecht (Belgium) out-sprinted his breakaway companion, Jaakko Hanninen (Finland), for 2nd at the end of a tough 174,3 kilometers. 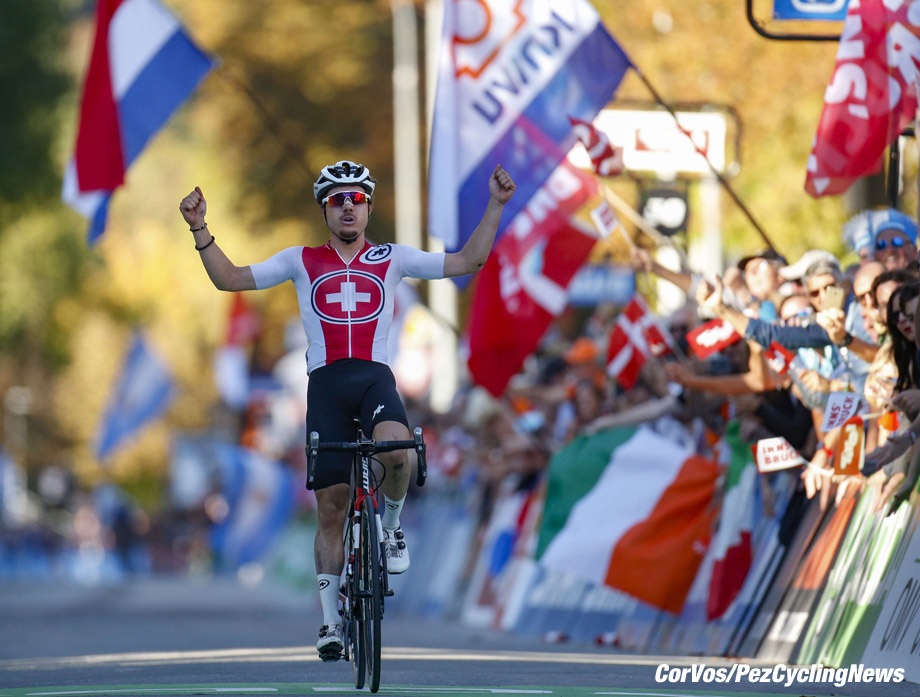 European champion, Marc Hirschi, dropped his two break companions on the descent of the Igls climb to solo the final 10 kilometers to the finish. The Suisse rider soon opened a gap of 10 seconds on Bjorg Lambrecht and Jaakko Hanninen and extended the lead to 15 second by the time he reached the finish line. Lambrecht got the better Hanninen for silver. 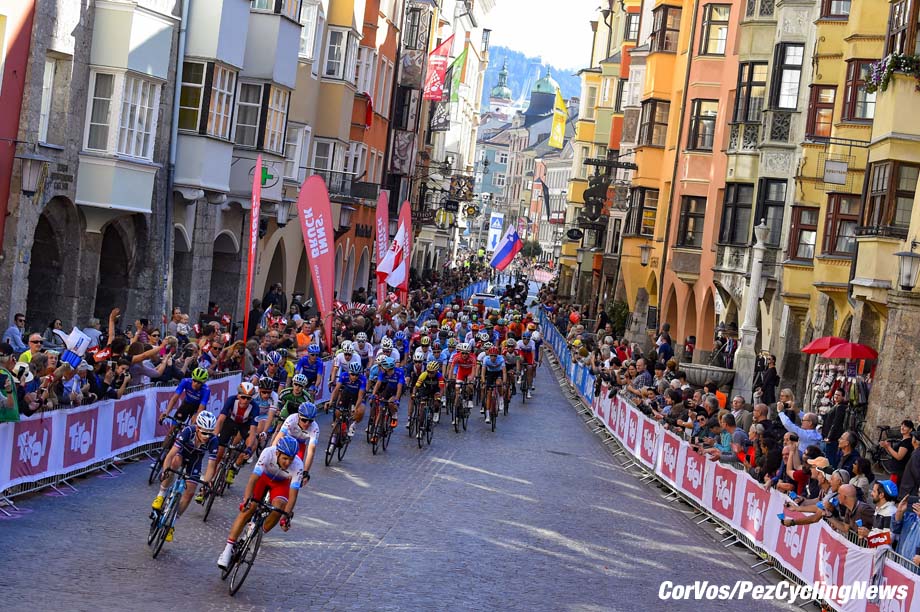 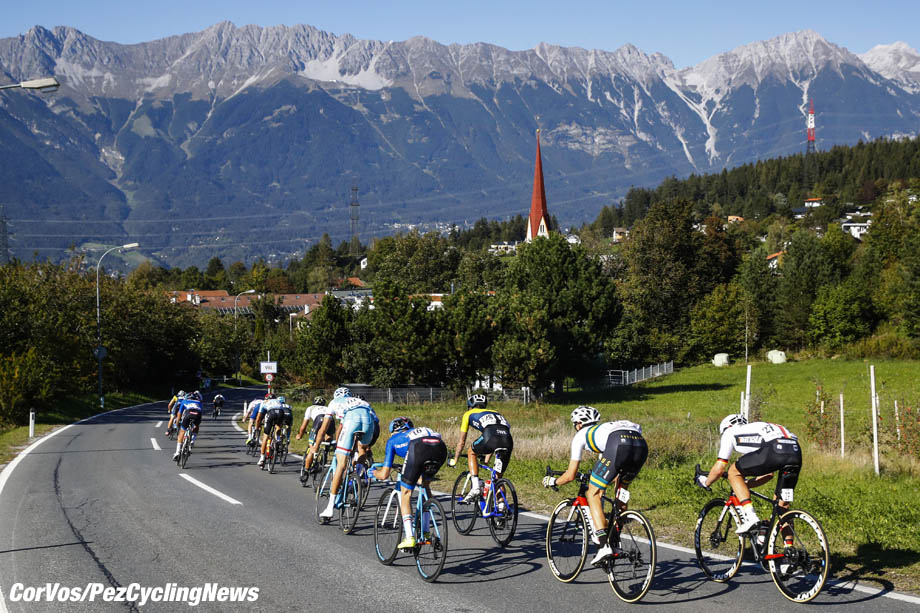 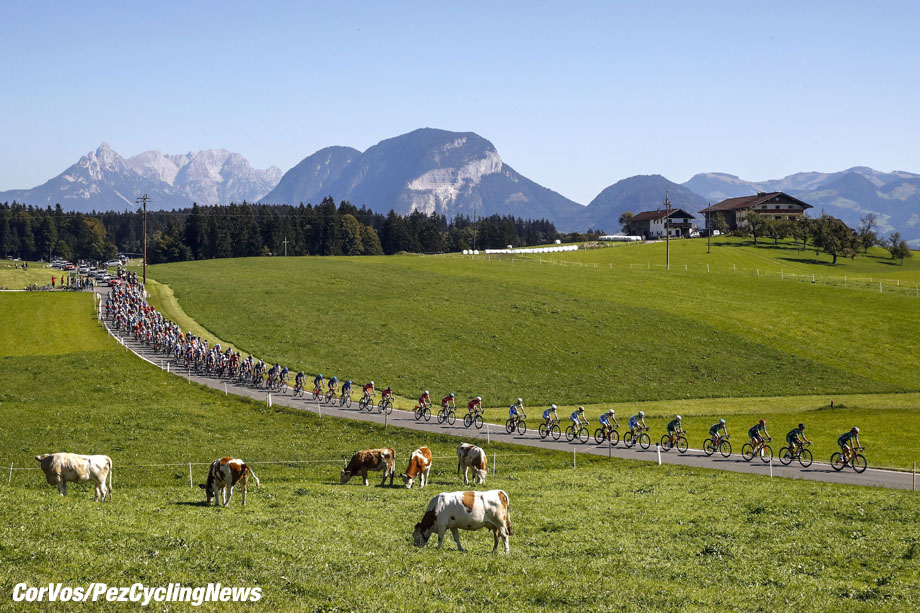 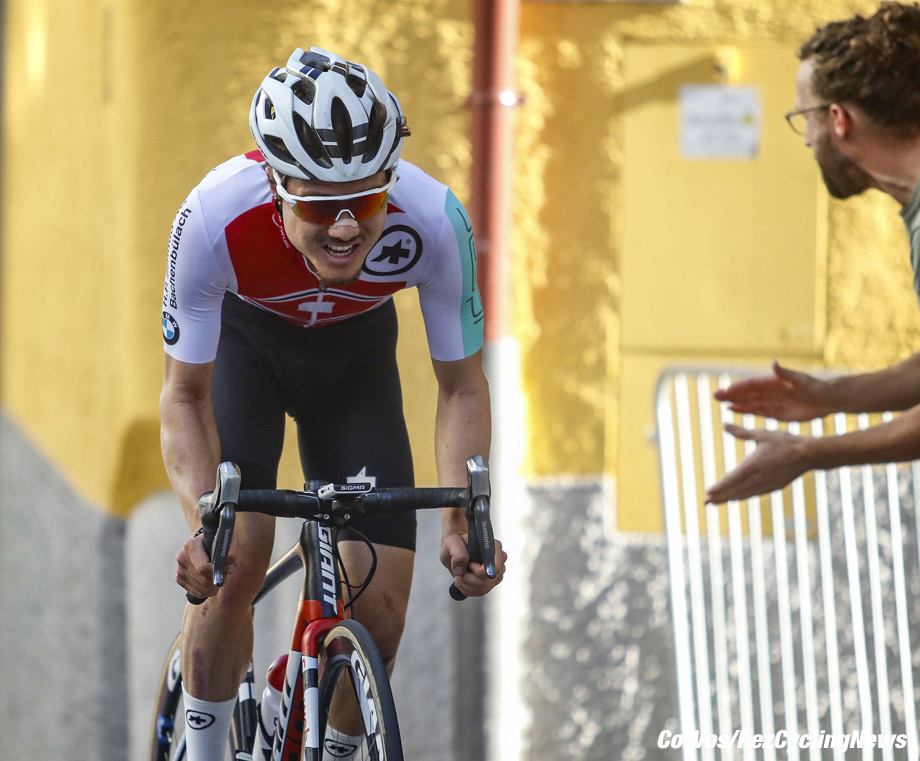 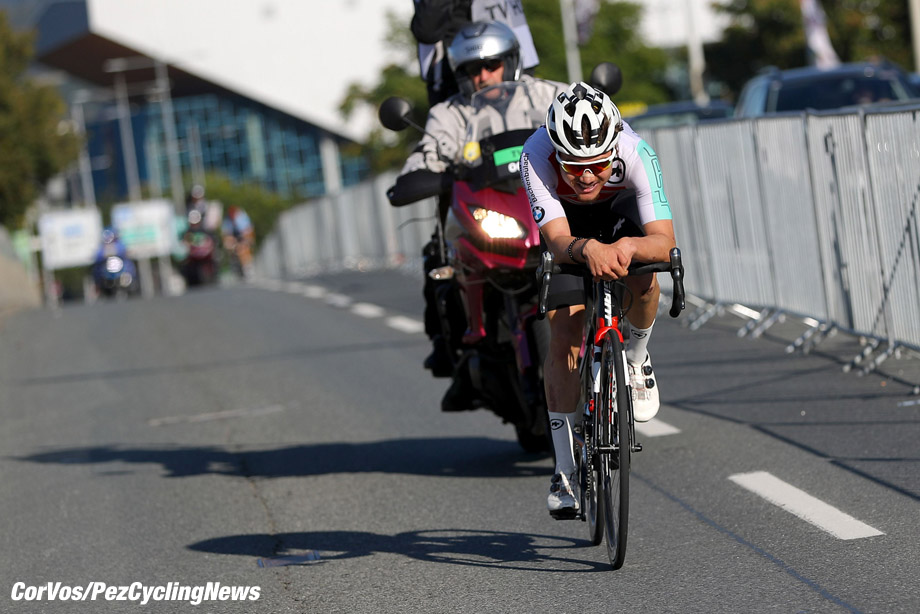 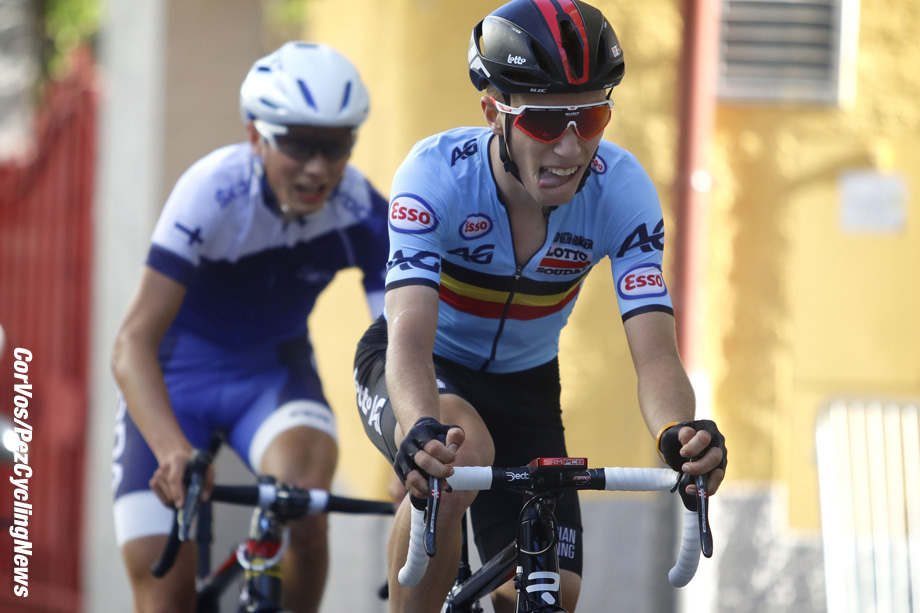 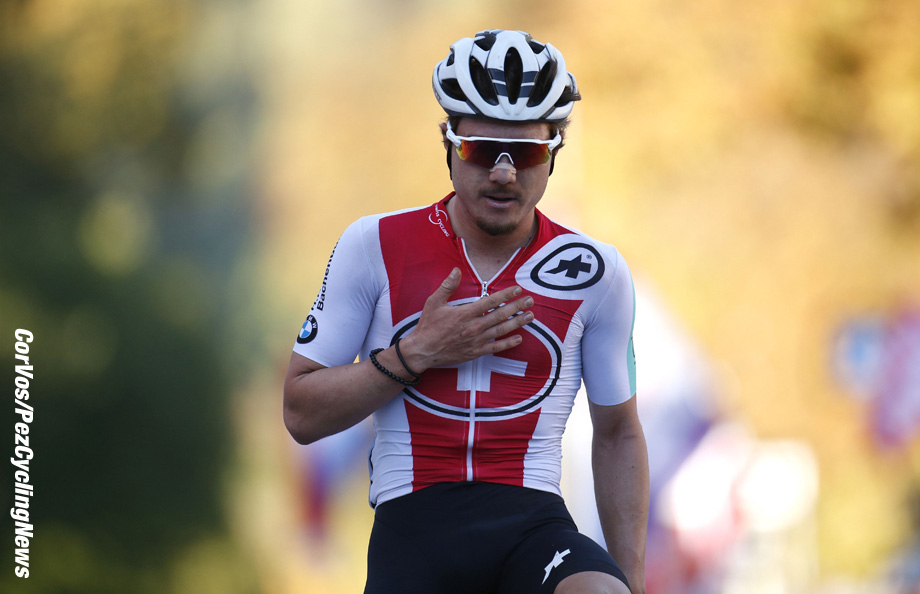 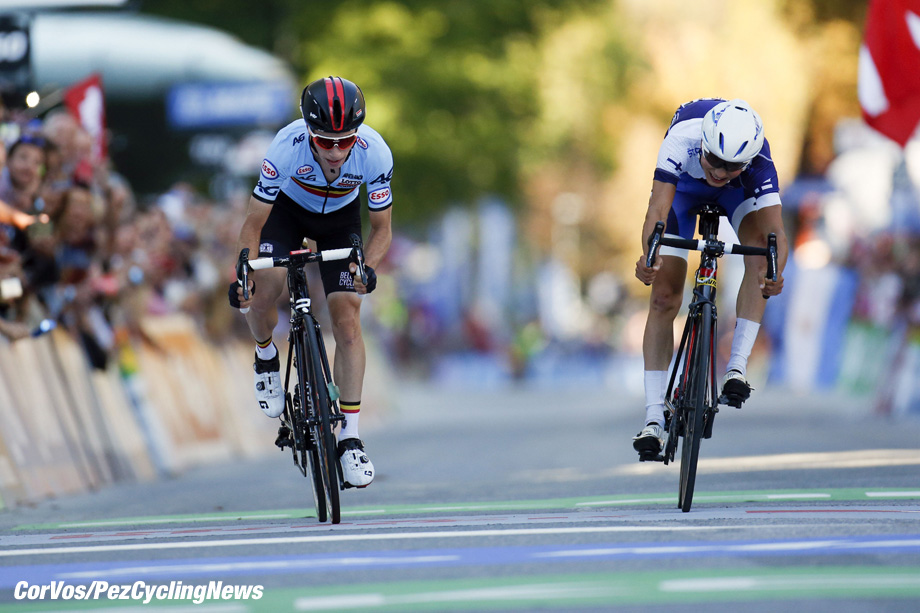 Lambrecht took the sprint for 2nd ahead of Hanninen

World U23 road champion, Marc Hirschi (Suisse): “We were really strong throughout the race as a team. We knew the descent well, but thought it would be too easy to attack and make the difference there. I knew I could win from a sprint in a small group, but I decided to attack because of the tailwind and corners in the final kilometers. Throughout the race I was always in the perfect groups and had enough energy left for the final. I can’t believe it, it’s amazing.” 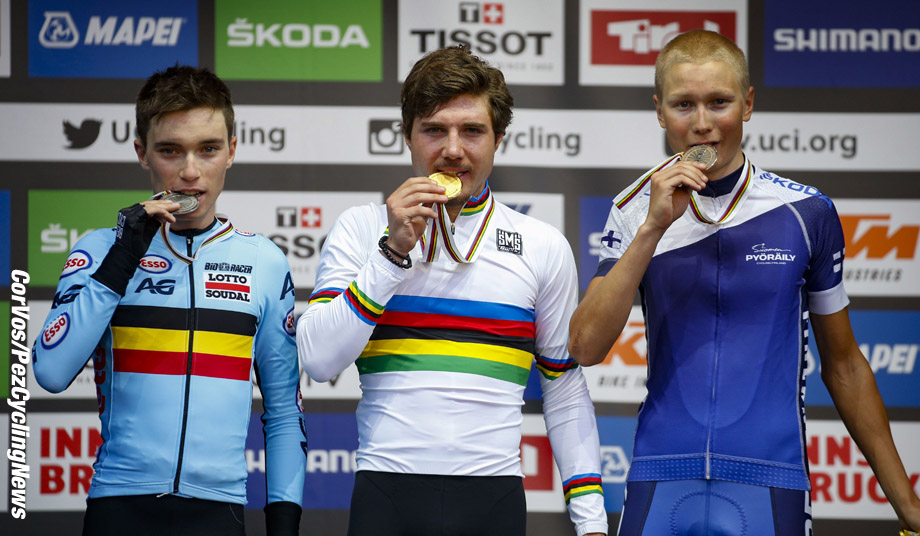