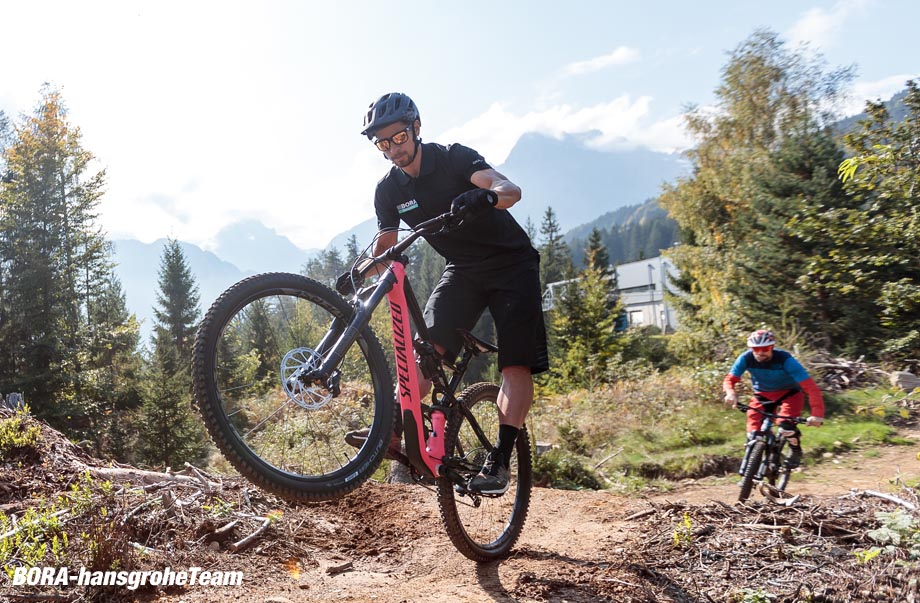 “It wasn’t easy! The last 5km, I said to myself it was already done – it’s gone. Then it changed in the front, then I tried to go in the breakaway, and then Gaviria tried to close the gap after which we managed to get it all back together for a sprint. It’s unbelievable. I’m sorry for Kristoff – he’s racing at home after all – but I’m very happy to win again. Three UCI World Championships – it’s special for sure. It doesn’t change anything, but it’s really special. It’s hard to say before a race what will happen. You saw in the climb we were already splitting into two or three pieces. We were being caught from behind and then there was a break in the front, but I was lucky to come into the finish where I did – you can’t predict it – if somebody is stronger in the front, they can easily take the win.”

Congratulation to this new mountain bike-trail. I still ride a lot mountain bike in training. And I have to say that this new Alban Lakata Trail is very spectacular and very fun to ride. Its accessible to any kind of mountain bike enthusiast because there are different levels in difficulty to ride. The first ride with Alban was really fun. Every single cycling project is important to get kids into cycling and I think it doesn’t matter if they start on road, track or mountain bike, we just need to get them into our sport. With my Peter Sagan Academy, I also support young talents in Slovakia.”