Day 4 of the Intelligentsia Cup Prairie State Cycling Series took the two-wheeled road show to the 11th Annual Beverly Hills Cycling Classic in South Chicago, where the Mercury boasted 95 degrees at the start of the Pro Women’s race, for the first of four consecutive USA Cycling National Criterium Calendar (NCC) dates during the Series.

In contention for major prize money before the uber cool, Teva-sandaled, backyard barbecuing crowd, the Pro Women also had $1,550 in prime money up for grabs, even more than the Pro Men. As the extra check-cashing windows opened, Kelly Fisher-Goodwin (Fearless-Femme-Pure Energy Cycling) attacked off the front with a dozen laps remaining. Although she was brought back, Fisher-Goodwin jumped at another hefty prime with two to go, and never looked back. Coming out of the final turn, the occupant of the night’s top step of the podium was evident, despite a brief rain shower in the last lap. Fisher-Goodwin’s teammate and Sharon Road Race victor Theresa Cliff-Ryan took second in the sprint over current NCC Points Leader Erica Allar (Care4Cycling-Solomon Corp.). 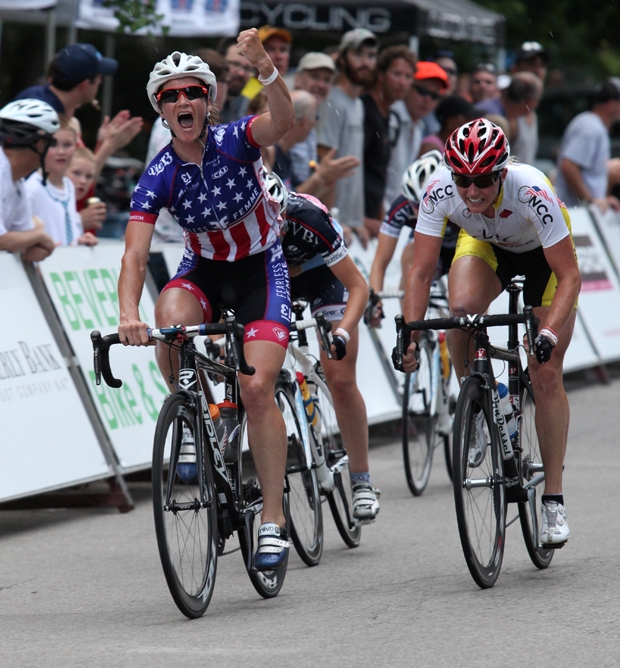 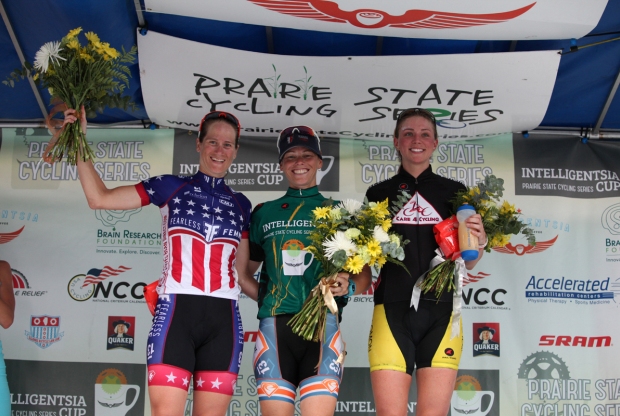 The Pro Men celebrated $1,400 in cash primes across their 90-minute Tropical Rainforest excursion as a break and some road rash formed early on. With 22 laps remaining, a break of three was to be taken seriously – Jackie Simes (Team SmartStop-Mountain Khakis), Ryan Aitcheson (Astellas Oncology) and Bradley White (UnitedHealthcare). White teammate Karl Menzies was quick to bridge and make the break an even four. 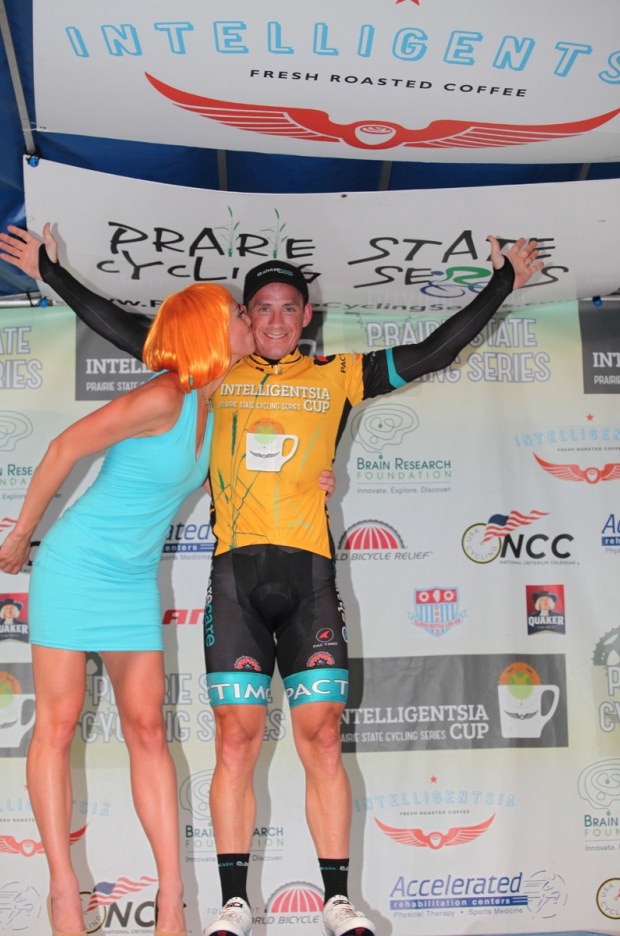 With 17 laps to go, the gap grew to 10 seconds, with a short-lived attempt to bridge by Calixto Bello (AG Bicycles/Guttenplan Coaching) and Chad Hartley (Team ShareCare) going nowhere. By 15 remaining, the heat remained intense, the crowd grew in suspense, and the gap swelled to 27 seconds before Menzies (UHC) took a brief respite in the SRAM Pit to repair a rear flat with 13 to go.

Re-inserted on the next lap, Menzies and company proved to be too hairy and sweaty a monster for Alexander Ray, who put forth yet another big-scooped yet melted attempt to bridge. As ARay was searching for a gas station, White and Menzies teammate Luke Keough was slapping down 250 dollar bills for some sweet prime action with five laps to go.

With three remaining and the breakaway continuing to work together, the light bulb illuminated in the field announcing it was go time to start racing for fifth. Two to go saw UnitedHealthcare off the front of the field with Astellas putting forth an aggressive fight. Screaming down the straightaway with less than a one-mile lap to go and the crowd ready to burst a vessel, it was UHC’s Brad White taking a solo flyer off the front. White went on to cross the finish line in a seemingly effortless strong man fashion, with UHC teammate Menzies and Simes (Team SmartStop) grabbing second and third, respectively. Aitcheson (Astellas) sealed fourth while UHC’s Luke Keough and Carloz Alzate Escobar snatched fifth and sixth in the field sprint. 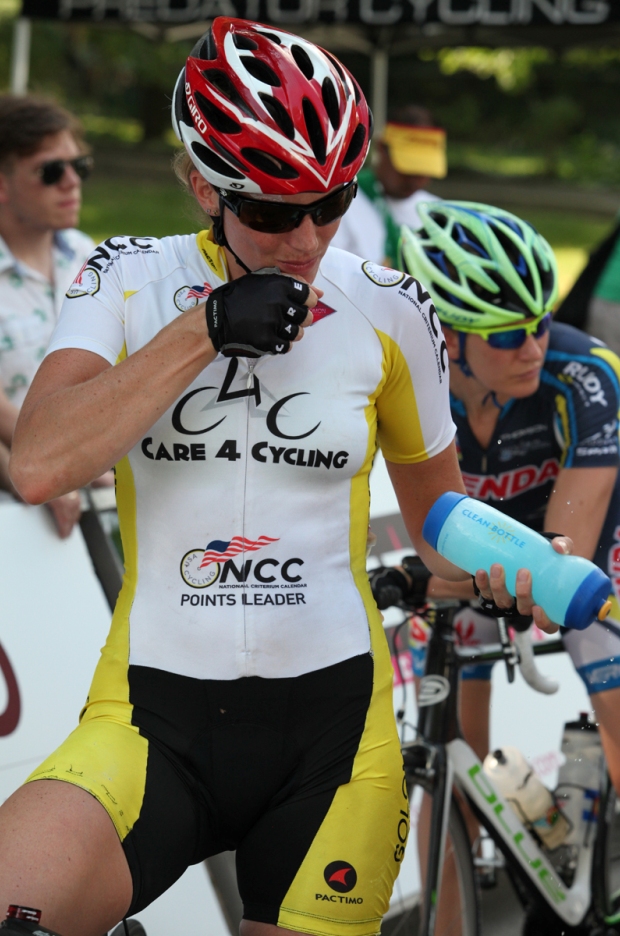