Victory for Holloway and Allar

Whereas just a day prior when some rain-blanketed streets were better suited for canoes than bikes, Tour of America’s Dairyland (ToAD) presented by Wisconsin Milk Marketing Board got off to a thunderous start Thursday evening, thanks to the loud boom of applause and board banging.

Approaching the eve of summer, the temp dipped into the mid-fifties as fans stayed long, some seeking warmth under blankets; others, with the aid of libations. It was a perfect, open-armed welcome for the racers who will call Wisconsin home through next weekend.

Primes were aplenty throughout the evening for the Pro fields, and made for exciting action in the women’s race. Lauretta Hanson (Building Champions Squad) was free and clear off the front after picking up her hundred dollar bill with eleven laps to go. Immediately following were back-to-back 2-place primes, which sent Diana Penuela (Specialized Colombia Indeportes), Starla Teddergreen (Cloud Racing), Liza Rachetto (Vanderkitten VIP) and Irena Ossola all to the bank.

Then the teller window opened wide, as the $400 gambler’s prime with four laps remaining was dealt and called on by multi-National Crit Champion Tina Pic (Fearless Femme – Pure Energy Cycling). The field was all back together before Jessica Prinner (Colavita-Fine Cooking) and teammates Erica Allar and Jennifer Purcell staged at the front of the field with one to go. With Pic on the inside, the field swung wide on the final turn. An attempted launch by Pic failed as she got boxed out as Allar took the win and the Boston Store/Younkers Pink Leader’s Jersey. Hometown favorite Sam Schneider (TIBCO-To The Top) and teammate Kendall Ryan stood second and third, respectively, atop the Colectivo podium.

Storm clouds rolling in, a short handful of Pro Men seemed to be in a hurry to finish the race, taking command early on. Roughly 15 minutes into the 75-minute effort, a break of five formed: Brandon Feehery (Astellas), Dan Eaton (Canyon Bicycles), Daniel Holloway (Athlete Octane), Ruben Companioni (Jamis-Hagens Berman) and Griffin Easter (Airgas). Looking strong and shuffling the deck on each pass, the pack lost a man as Feehery, blown, fell back.

And then there were four…for the remainder of the race, which was cut 15 minutes short under the threat of storms, which did rear their heads soon after race end. Even as primes were lobbed out every few laps, the break’s 20-second gap continued to grow like Midwest summer corn. Nolan Hoffman (Team Abantu), Argentine rider Sebastian Trillini, and Alexander Ray (Hincapie Development) all left with heavier pockets, the latter demonstrating he will not be silent the remainder of this 11-day competition.

Five laps remaining, the 4-man break was out of sight, widening the gap beyond 40 seconds. Athlete Octane and Astellas were making moves back in the field but all eyes were focused up the road. A thrilling conclusion to a power-packed race, as Holloway posted early and looked to find Companioni and near defeat to his immediate left but Holloway pulled out the victory and went home wearing the cowprint jersey and chocolate milk mustache. Companioni and Easter finished second and third, respectively.

ToAD heads southwest Friday for the East Troy Cycling Classic presented by the Dennis and Janice Klumb Family Foundation, where $4,500 in cash and merchandise primes will be distributed across the day’s seven races. 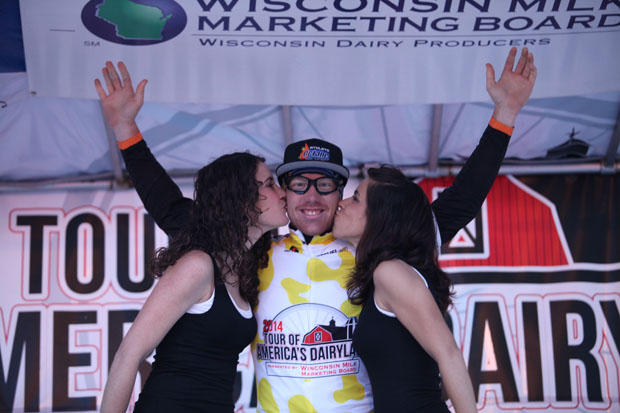 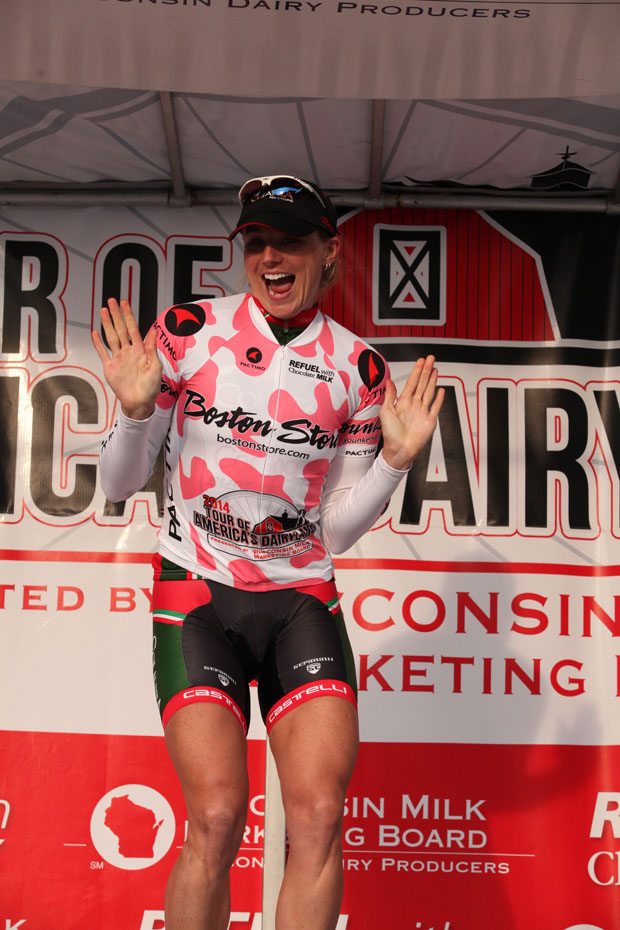 Bianchi Confirms its Strategy to Continue in the WorldTour in 2015