A new season brings some new faces to the Pro peloton, so Gordan Cameron has had a look at the form of the 2015 neo-pros and puts together his list of ‘Top Ten’ men to watch. The first year for a professional can be a steep learning curve, but these guys could be on the podium sooner than most.

It’s a complete lottery, trying to make it to the top level in sport. The biggest, toughest, fastest strongest, most talented … sometimes it just doesn’t work out for them. You also need guts, tenacity, luck, the right breaks. So how do you sift the ‘likely’ successes from the ‘maybes’? Pez gets the crystal ball out to check on 2015’s prospects.

Starting a season as a neo-pro is a daunting task: reaching the top ranks is only step one. Next is proving you deserve to stay. The old-timers always used to say that you could only call yourself a proper professional when you signed your second contract.

Clément Chevrier
Gone are the days when the French youngsters just stuck to French teams. Progression and professionalism are en vogue: exhibit A for the younger generation being Warren Barguil’s development and breakthrough at what was Argos-Shimano, an internationally “Dutch” squad.

Chevrier could have taken the easy route from the Chambery squad, a feeder team for Ag2r, but instead headed to the States and served with distinction at Bissell. He ended 12th at the USA Pro Cycling Challenge in a Trek jersey, and also went well at the Tour of Utah. The immediate future looks good for short stage races and tough Classics, so IAM Cycling might have a little gem on their hands.

Sven Erik Bystrøm
Interviewed by our own Al Hamilton not that long ago at the Katusha training camp, Bystrøm is the current U-23 world champion. He’ll be well looked after by his countryman Alexander Kristoff and should get to learn the ropes in service of the bigger names and his own shot in races back home like the Arctic Race of Norway and the Tour of the Fjords.

Bystrøm showed patience and a dash of derring-do in taking that World title, which bodes well. Savvy but not afraid to chuck all his chips in when the notion takes him. We like that. 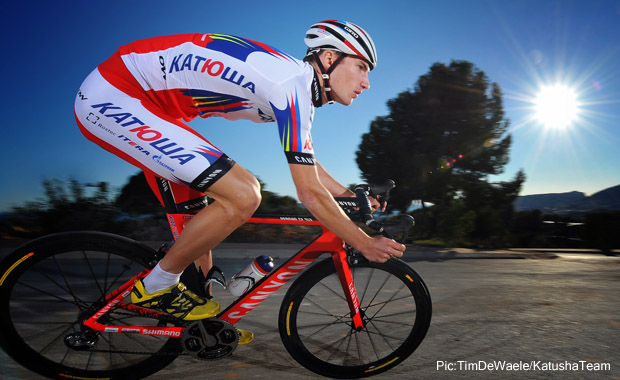 Magnus Cort
If you’re a talented young Dane, courted by the World Tour, you choose Tinkoff-Saxo. Right? Wrong. Magnus Cort has opted for Orica-GreenEDGE, a little like the Yates twins did last year when saying ‘No, thanks’ to Team Sky. With strong acceleration and a potent sprint, Cort pulled in 11 wins last year. And though they were in mostly Scandinavian races, the opposition was often powerful and experienced.

Cort is on a three-year deal with the Australian squad, and he’s seen as a future member of their Classics group. If a team sees that in you at the age of 21, it’s a big vote of confidence. 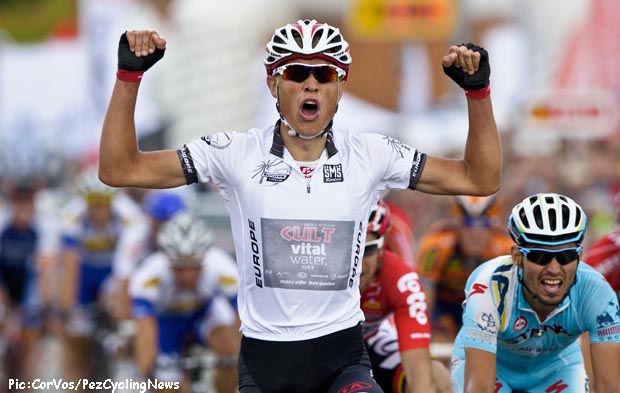 Magnus Cort won stage 1 of the Tour of Denmark 2014

Caleb Ewan
Fast, fast, fast. Ewan has been on the radar for a long time, and already in 2015 has come close to a big win, out-dragged by Heinrich Haussler at the Aussie Nationals. But he ain’t just a sprinter: Ewan has handled tough, lumpy days, too. Runner-up to Norway’s Bystrøm at the Ponferrada Worlds last autumn, Ewan should go on to take enough wins to justify the hype in 2015. Orica-GreenEDGE should also make sure that a guy who’s still only 20 is handled carefully. 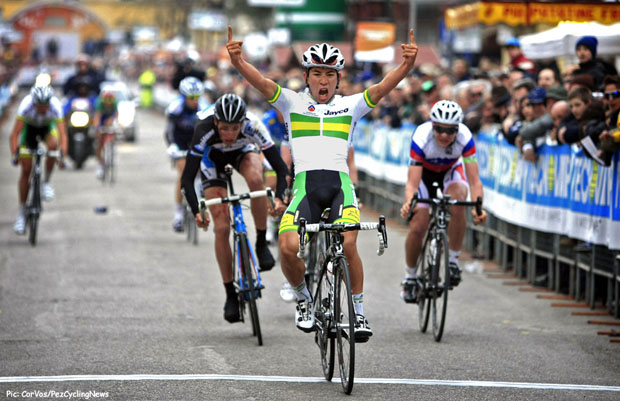 Caleb Ewan; one of the fastest young sprinters

Campbell Flakemore
Unfortunately sitting at home recovering from a broken collar-bone, Flakemore has already learnt hard lessons about pro racing. The job doesn’t end when you cross the line – it can bite you right on the ass at any time.

Flakemore once wanted to be a soccer player by all accounts – winning the U-23 Worlds ITT, and the prologue at the Tour de l’Avenir are making his decision to switch a pretty good one. A big unit from Hobart, Tasmania, he can make himself indispensable for his team riding on the front and make a name for himself any time against the clock. 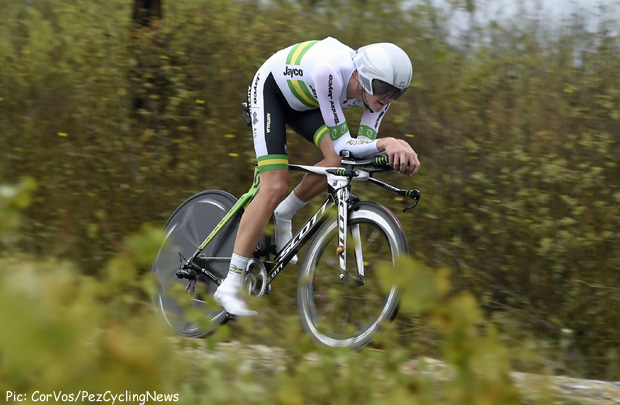 Lorenzo Manzin
Hopefully, Manzin’s talent will bring him the publicity rather than a lazy categorisation as a novelty. Hailing from Réunion in the Indian Ocean, his is an easy story to hang on a peg.

Manzin has spent a lot of the last year in the motherland, working hard on the tarmac and on the velodrome boards. With Nacer Bouhanni off to FDJ, Manzin will surely get some chances in smaller races when Arnaud Démare isn’t in town. Four wins last season, and what appears to be a strong mentality should give him a leg-up in the pro ranks. 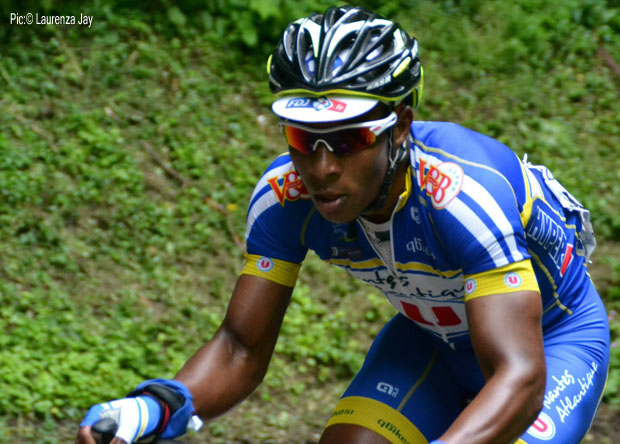 Mike Teunissen
Maybe it’s harder for a ‘Classics’ kind of rider to make a big splash right away: if you don’t have a good day in your chosen events, it can look like a step backwards. But Teunissen might have the cycling equation right: U-23 Paris-Roubaix + the Espoirs version of Paris-Tour + an U-23 cyclocross world title = big future. He’s a strong unit, a more than capable bike handler, and he should be right at home with the LottoNL-Jumbo squad. 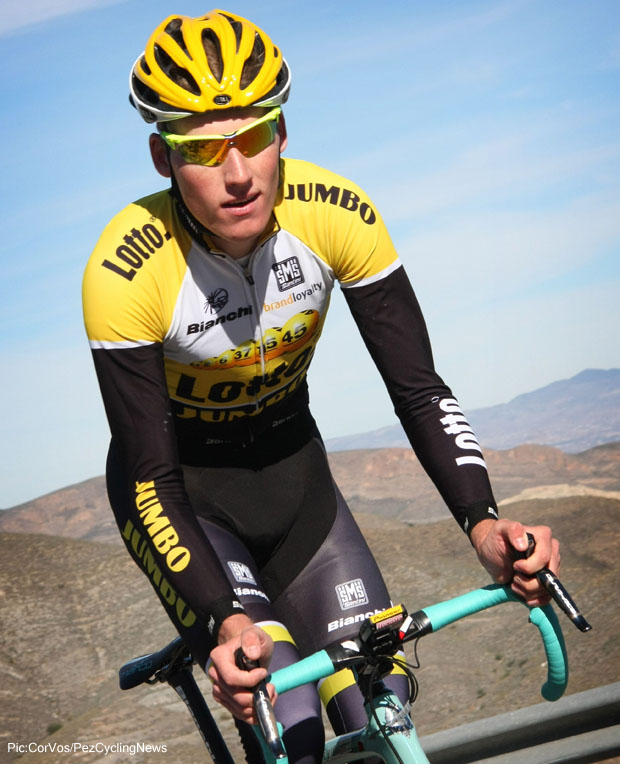 Dylan Teuns
Best young rider in Utah, and tenth at the Tour of Britain is a pretty good return for a stagiaire ride with BMC, so we look forward to seeing what the young Belgian can do in his first full season with the big boys.

Teuns has the potential to move up with experience and maturity to multi-stage events: last season he won Tour de Bretagne, Tour de l’Avenir and Giro della Valle d’Aosta, and got on the podium at the U-23 Liege-Bastogne-Liege, so looks good for hilly Classics, too.

BMC seem to keep bringing on a lot of young talent, so the level of focus and expectation this year will be shared out between Teuns, Stefan Küng and Campbell Flakemore. 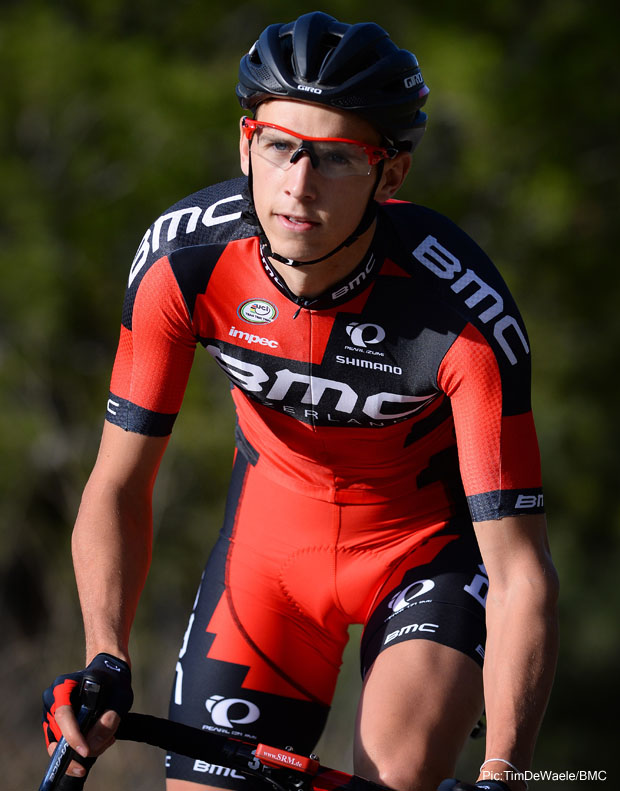 From stagiaire to full pro with BMC

Miguel Ángel López
In the category of unusual decisions, comes López and his hit-out with Astana, of all teams. It seems like a strange choice for a young Colombian rider, but maybe the lure of working with stage-racing experts was too good to resist? With the likes of Nibali and Aru to watch and learn from over the next two years, López will get an education, but also the chance to sink or swim in a new culture, a new language. If he survives all that and produces a few results along the way, he may end up a better long-term bet than Carlos Betancourt is appearing after a wobbly, occasionally fabulous 2014 at Ag2r.

And we know López what he did last summer… a gritty, lead-from-the-front defence of his yellow jersey saw him ride to the Tour de l’Avenir. Those are the credentials that get top teams excited. That plus the currently overflowing cup of Colombian talent.

Ruben Zepuntke
For some reason, the German National Team decided they were better off without Zepuntke at the Tour de l’Avenir last year, so he set off on a strong ride at the USA Pro Challenge. The Bissell Development rider then followed up with a sprint win in stage one at the Tour of Alberta before finishing third overall.

Solid all-round and with an eye on the Classics, he’s another rider who dreams of Paris-Roubaix. Zepuntke takes his seemingly limitless potential into the big league with Cannondale-Garmin. 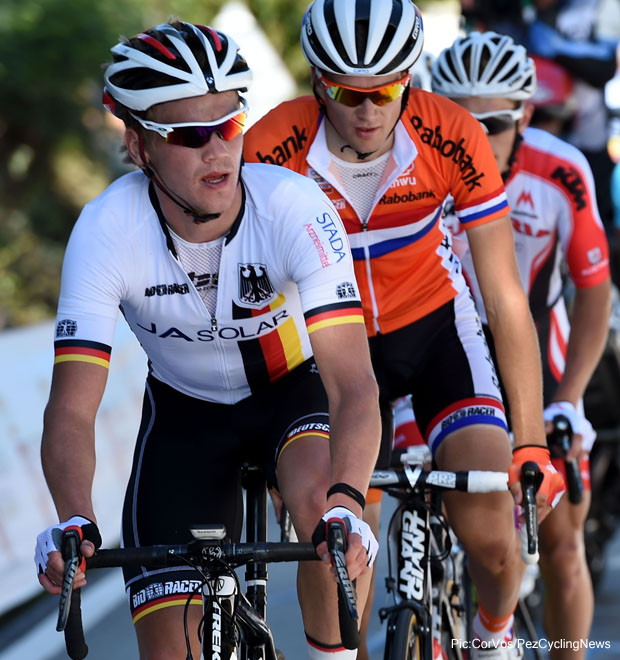 Best of luck to all those guys, and the others taking the same step into the scary, thrilling, cut-throat World Tour. Pez will be keeping an eye out for them through the year. 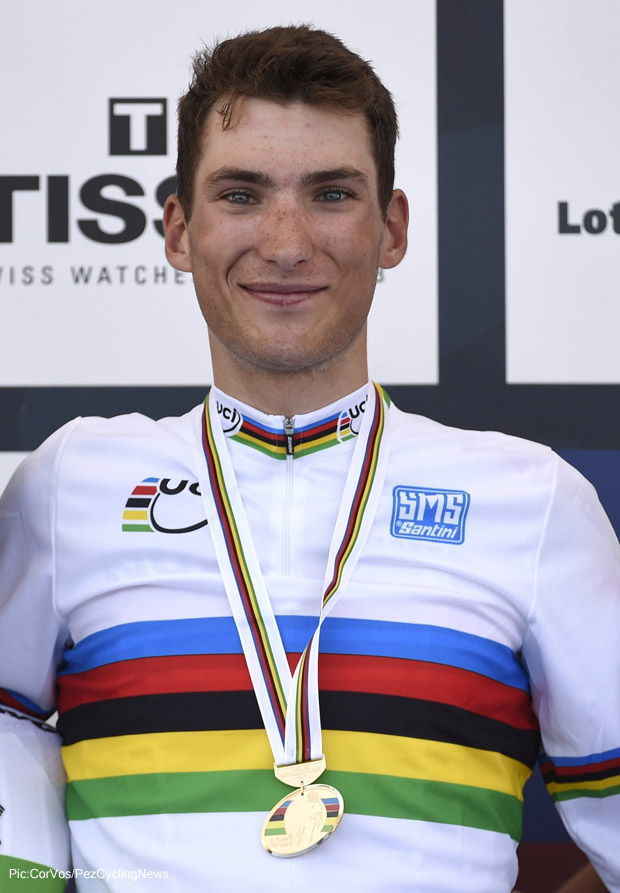