Dutch team Rabo-Liv makes a clean sweep of the three stages, winning the GC with Katarzyna Niewiadoma and securing all the four leader’s jerseys.

Katarzyna Niewiadoma dazzling smile and her 21-year-old freshness predict an amazing top-rider career, from the U23 European crown onwards, as she joins the history books as the winner of the 23rd Women’s Giro del Trentino Alto Adige, just ended in Cavedine after two competition days dominated by the Polish rider surrounded by a well-packed squad. 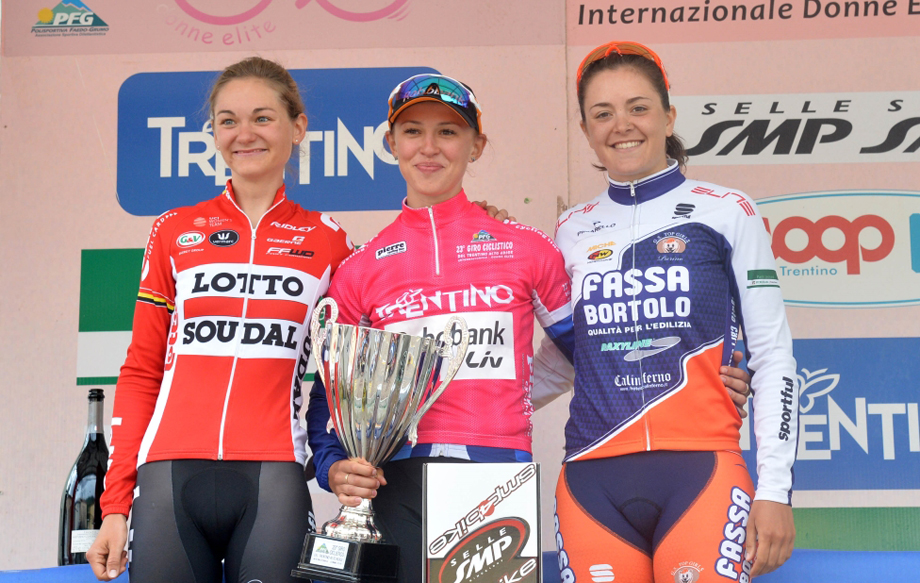 The 69,8km long stage from Vigo Cavedine to Cavedine constantly remained under Rabo-Liv’s control. After winning the 11,5km time trial in the morning ahead of Lotto Soudal and Top Girls Fassa Bortolo, the Dutch team was focused on defending the GC leadership of Katarzyna Niewiadoma, the main candidate to the overall win after soloing to stage 1 finish line in Daone Pracul. 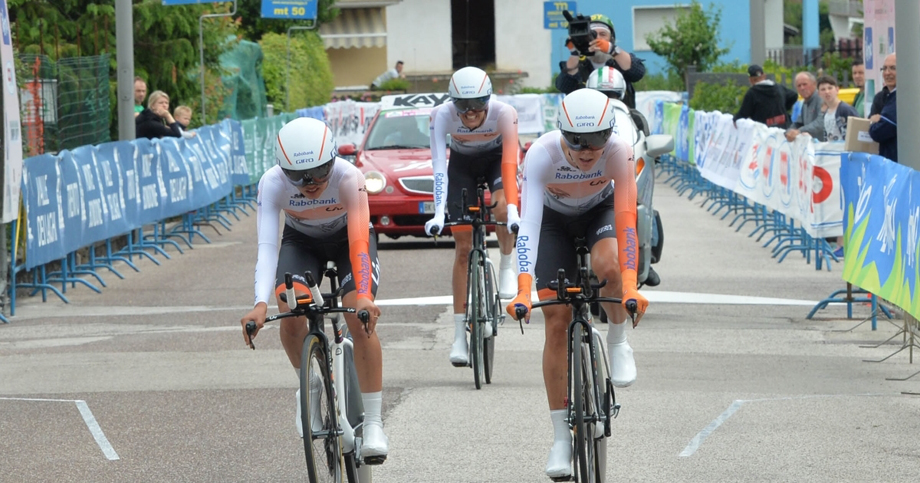 In spite of a tough course with the Lasino climb to be tackled three times, the bunch stayed together until the massive sprint with no worries for Niewiadoma, though Lotto-Soudal was in the thick of action in the attempt of shaking things up until the end. “I couldn’t hope for anything better – the Polish rider said – I’m so happy and will definitely keep this race in Trentino in mind for a long time”.

Thalita De Jong delivered the icing on Rabo-Liv team’s cake with a dominant sprint to prevail over fellow Dutch Riejanne Markus and Austrian Christina Pertchtold. All in all, the Dutch team turned out to sweep three out of three stages in Trentino, and secure all the four leader’s jerseys. In the GC, Niewiedoma preceded German Claudia Lichtenberg (Lotto-Soudal, +0:36”) and Italian Soraya Paladin (Top Girls Fassa Bortolo, +0:56”).

“The 23rd edition of our race was a really successful one, bringing back the event to the top standards. Congrats to a great winner, the first from Poland in the list of honour, who really keeps up the name of our race. This gives us lots of confidence for the future”, organizer Juri Tiengo commented. 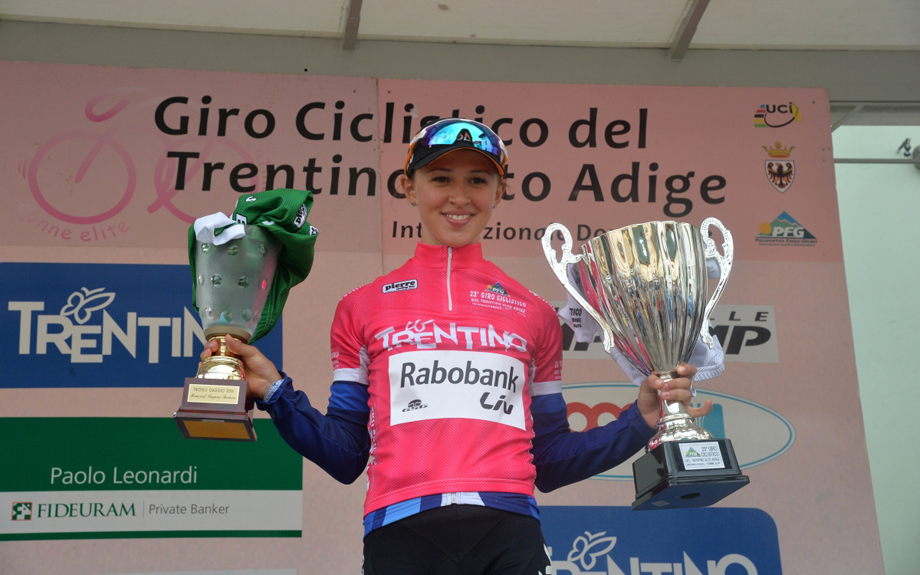 All the Sidi Victories Between Slovenia, France and Switzerland