In the final road race of the USA Cycling Pro Road Tour, Clark became the eighth American to win the “Classic of the Americas” in its 17th-year history. It was the biggest result in the 27-year-old’s career that includes stage wins at Flèche du Sud in 2013 and the Tour of China in 2012. 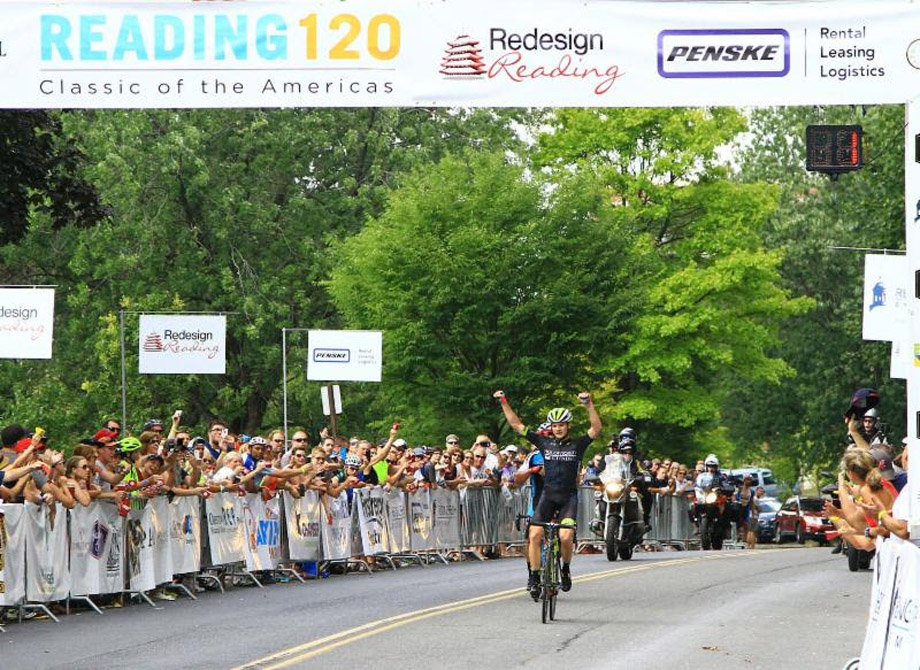 Oscar Clark celebrates his win in the final road race of the USA Cycling Pro Road Tour.
(Photo by marcoquezada.com)

Marcotte and Clark made their move with three laps to go of an eight-mile finishing circuit after originally being part of the day’s 12-man breakaway in the 120-mile race that featured 145 starters.

“It feels good to win,” Clark said. “It was hard. We were out there from about an hour in, and it was super hot and incredibly humid. That hill up to the Pagoda was terrible. We were suffering a lot. Eric was easily the strongest guy in the race today. I just won because I basically had the team behind me and Eric was forced to ride to guarantee second. I owe it to my team.”

Eighteen seconds after Clark took the win in five hours, four minutes and 56 seconds, a parade of Holowesko-Citadel riders coasted across the line. Andzs Flaksis of Latvia finished third and Americans Robin Carpenter and Travis McCabe were fourth and fifth, respectively.

Marcotte, the 2014 national road champion who lives in Scottsdale, Arizona, was looking for his second UCI victory of the year after winning a stage of the Tour of the Gila in May.

“I rode with my heart today,” the 36-year-old said. “It showed I was really good. I was just a bit of a victim of the circumstances. Maybe on another day I could have come out with it.”

Only nine riders remained from the original breakaway when Clark set off on his own on the first of three laps of the finishing circuit that included the climb of Mount Penn. He was eventually joined by Jones and Marcotte. But the tough circuit and the heat and humidity was taking its toll. With 16 miles to go, the trio was down to just Clark and Marcotte and 1:10 ahead of a chase group of three and nearly two minutes ahead of another group of seven. The two chasing groups included three of Clark’s teammates.

Racing continues Sunday with the 14th edition of the Thompson Bucks County Classic, featuring five races, live entertainment, VIP tents and an awards ceremony. It is run in conjunction with the annual Doylestown Arts Festival, which offers a selection of 160 juried artists, five stages of live music, two food courts and live demonstrations. Both events are free to the public and free parking is available at the County Parking Garage, County VIP Lot, and Fanny Chapman. The Doylestown Dart shuttle will provide transportation to and from the Garage and Fanny Chapman for convenience. 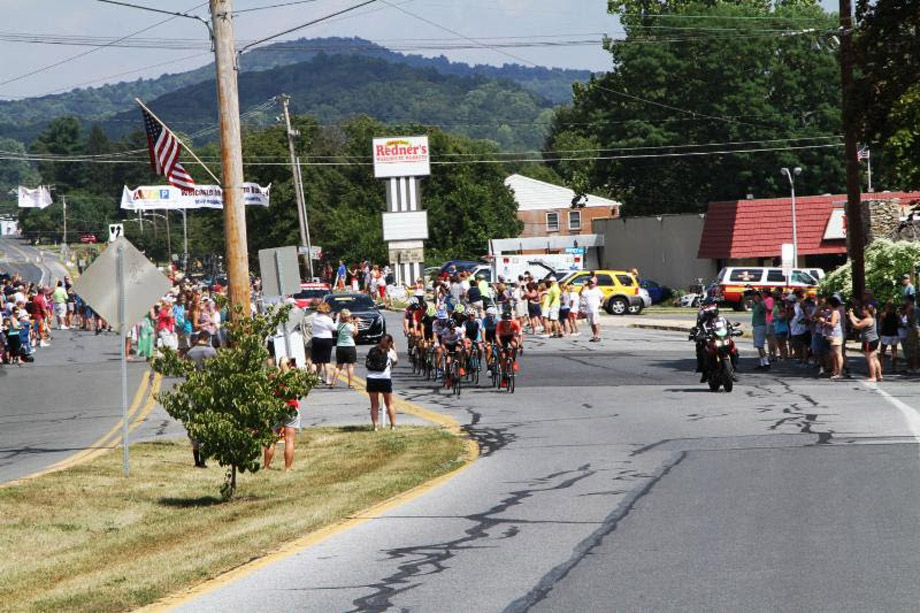 The “Classic of Americas” and its 12-rider breakaway attracted plenty of fan attention.
(Photo by marcoquezada.com.)

About the USA Cycling Pro Road Tour:
The USA Cycling Pro Road Tour (PRT) showcases the premier domestic road calendar events in the U.S., including criteriums, road races, stage races and omniums. Over six months and spanning from coast to coast, the PRT will include overall individual and team rankings for men and women, crowning PRT Champions following the 26-event calendar. The Pro Road Tour features the nation¹s top Pro-Am road race events, boasts a total prize purse of more than one million dollars and is open to both professional and amateur cyclists.

About Championship Cycling, Inc.:
Championship Cycling creates and implements international bicycle races and the television productions of them. We specialize in UCI and USA Cycling Pro Road Tour races, ones that require the highest levels of technical expertise and experience.