Roadside California’17: Stage 3 of the Amgen Tour of California might not have been the most exciting, but Team Rally had their ‘Old Man’ Danny Pate in the break of the day. Eric and George take up the story from behind the scenes with the Rally team. 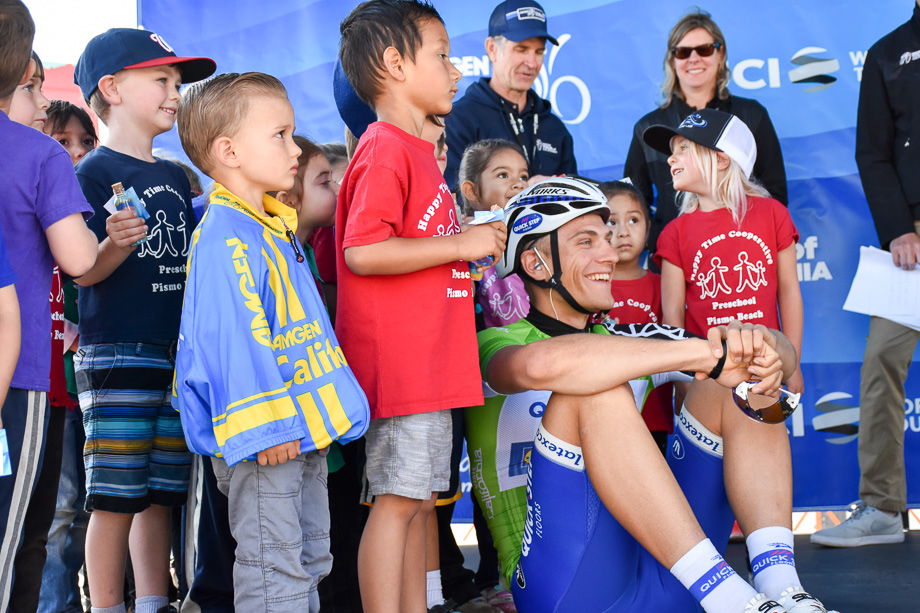 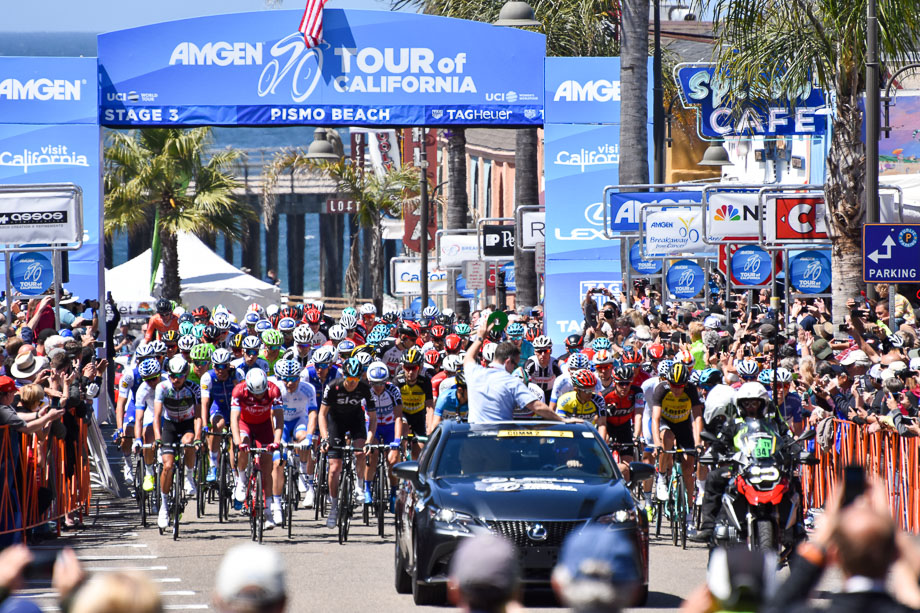 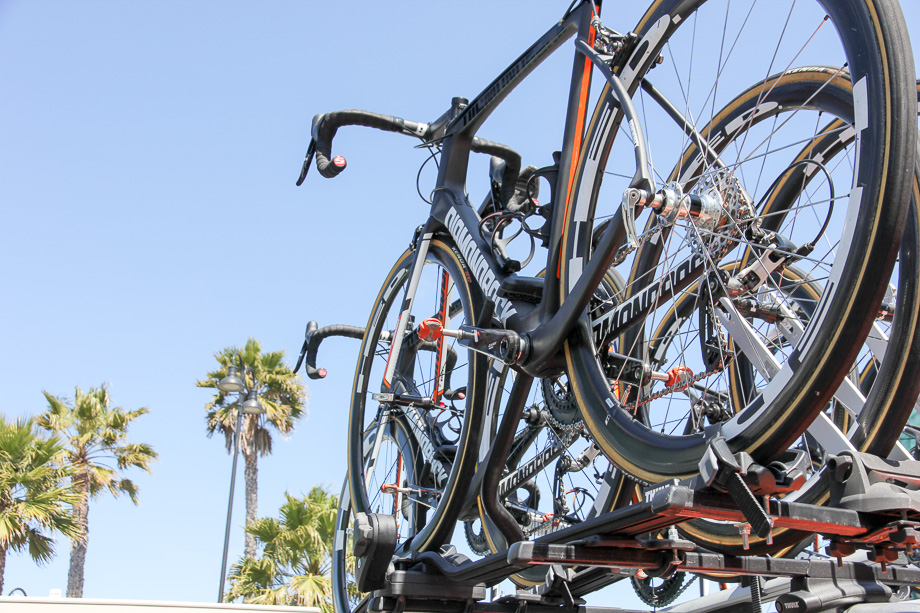 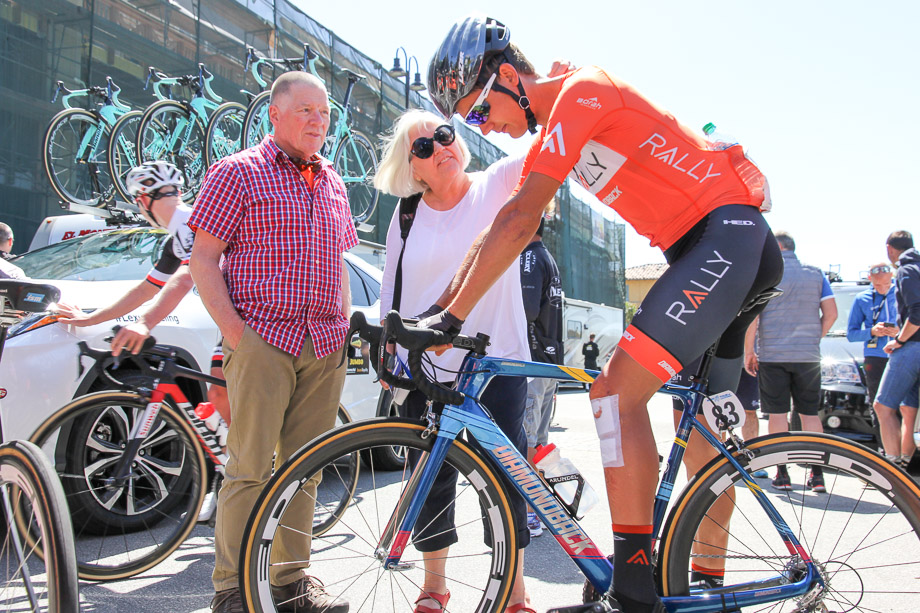 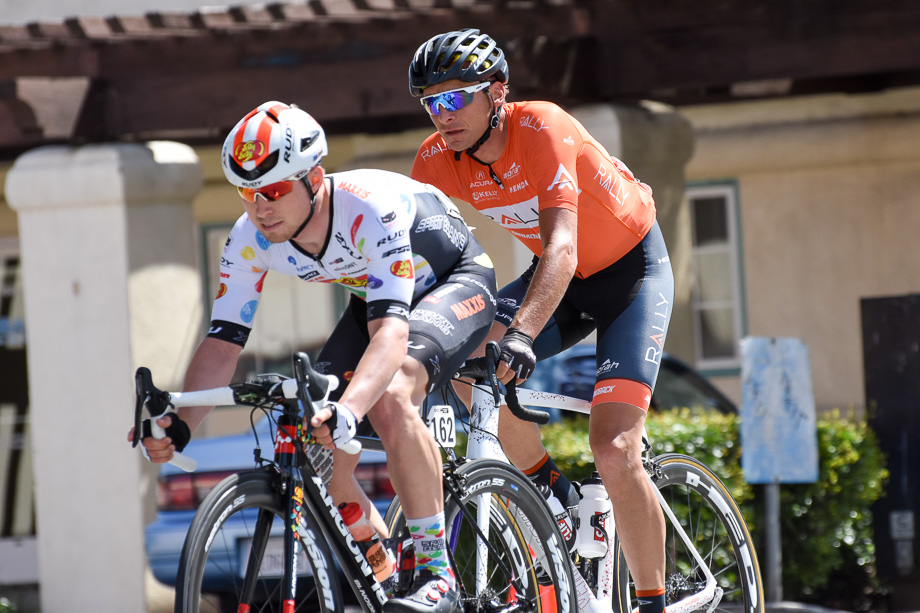 Our boys from Rally did what they could. An incredibly tough stage two had taken its toll on the team, leaving riders injured, tired, upset. So, what do you do on a day when your squad is down and you know that the World Tour teams are going to control the break and make absolutely certain that the finish comes down to a field sprint? You put a man in the break. Why? Because that’s how you play the game – with dignity and respect. Because even though the break has zero chance for survival, it’s better to give it a go than to sit in the pack. And in this case, there’s only one man for the job…

Danny Pate is a pro’s pro. Over the last seventeen years he’s seen it all and knows it’s his job to be up there, flogging himself for untold kilometers, churning through the rotation hundreds of times over the course of four hours. In some twisted way, this effort represents the true beauty of the sport, as sometimes the struggle is nearly as important as the victory. Even though Danny knows that the break is ultimately doomed, he still needs to be there, giving the peloton a purpose and adding palpable tension to an otherwise banal stage. When the charging peloton eventually sweeps him up with 16km to go, it comes as no surprise, and Danny pulls to the side and rejoins the group, his job done for the day. He’s helped make the race. Chapeau, Danny. 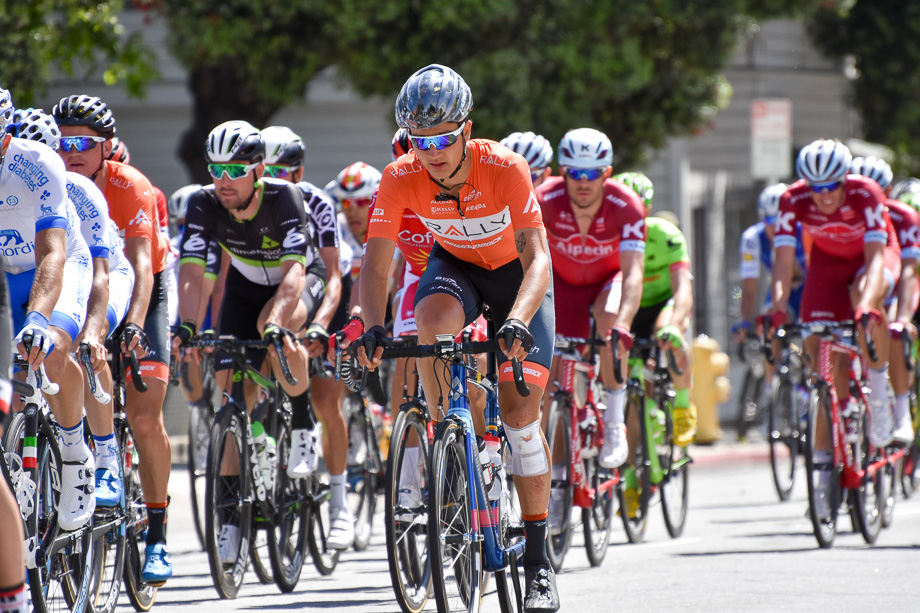 Out of respect for Danny’s effort, his career, and his decision to come back and compete in the USA, we offer this haiku:
In racing abroad
everyone thinks it’s so great
god bless Danny Pate. 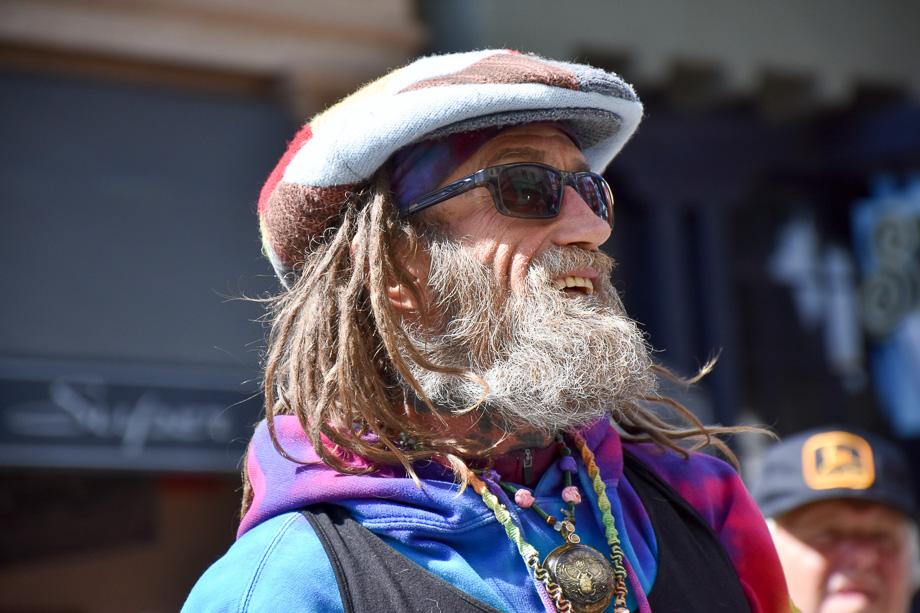 We would be remiss if we failed to mention the outstanding stage three effort put forth by the upstanding citizens of San Luis Obispo, California. 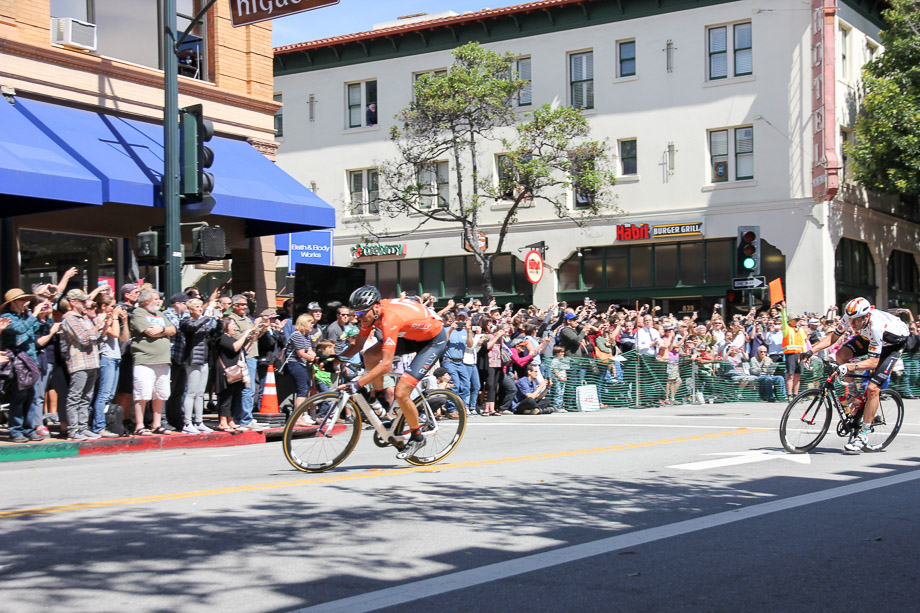 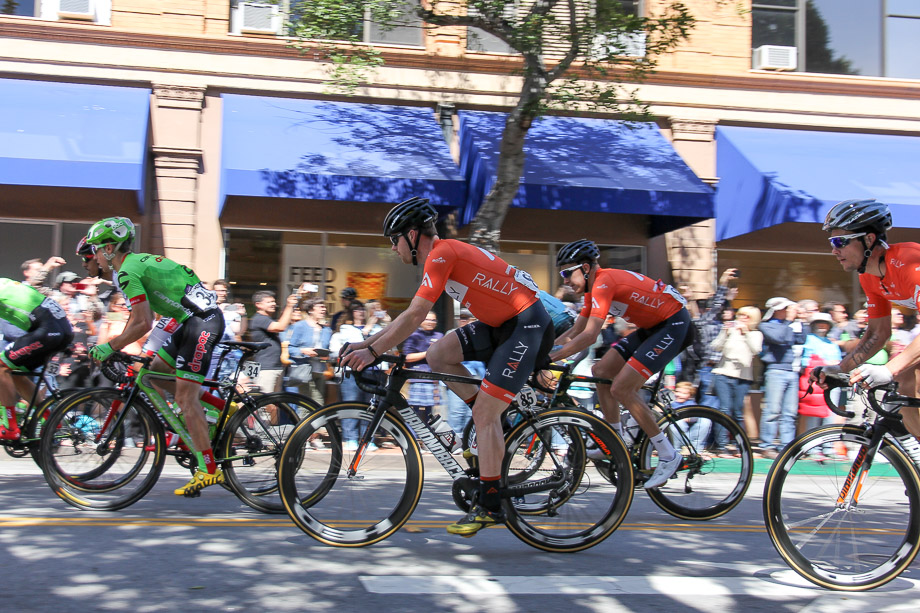 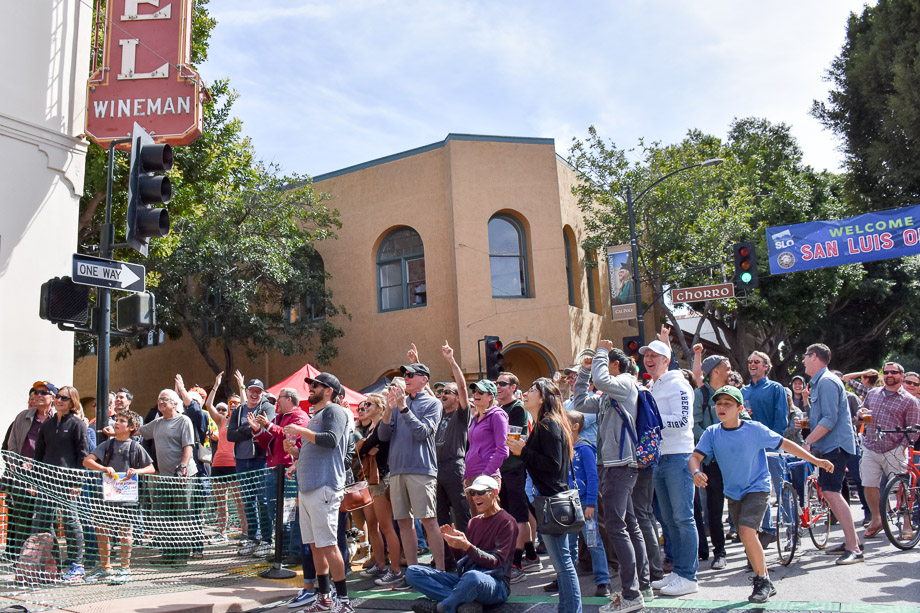 What’s a town to do when the fastest cyclists in the world blast through its streets for all of about 30 seconds? You embrace the inconvenience and throw a big old party. San Luis Obispo is blessed with beautiful weather and spectacular terrain, making it an active, cycling-sympathetic community. The town closed off several blocks of its impressive downtown shopping district and brought in bands, a live race feed, beer, and food, giving fans a great experience as the riders ripped past the intermediate sprint on their way up to Morro Bay. Oh, and Rally rider Jesse Anthony was there, imparting his knowledge of race tactics to the crowd and helping with commentary. SLO was a great scene and perhaps a nice model for other communities to follow as they look to extend the excitement the race brings as is whooshes past. 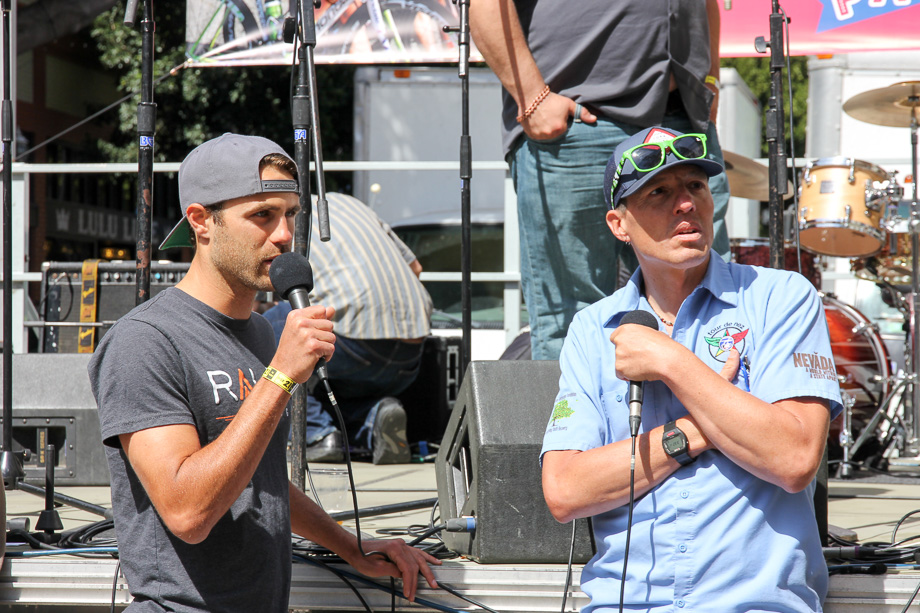 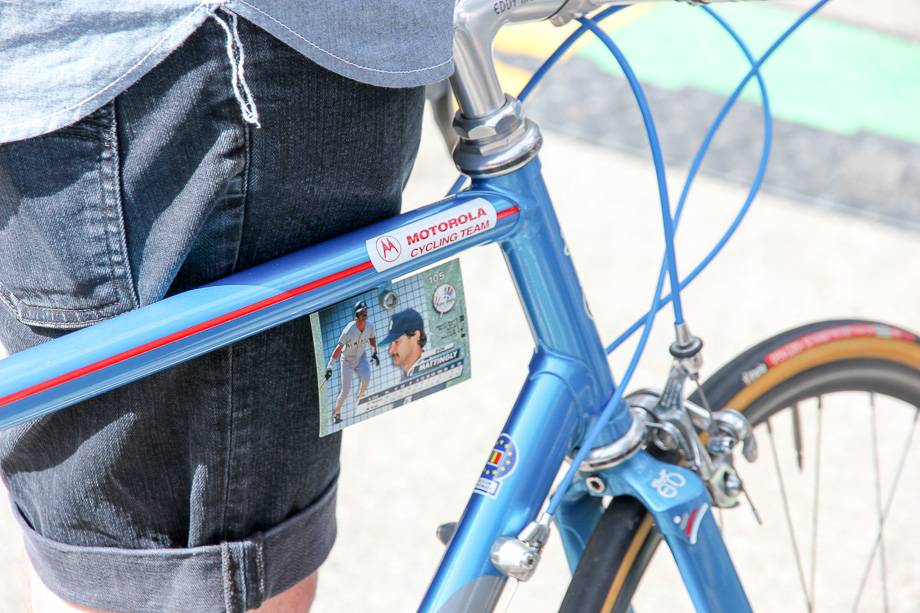 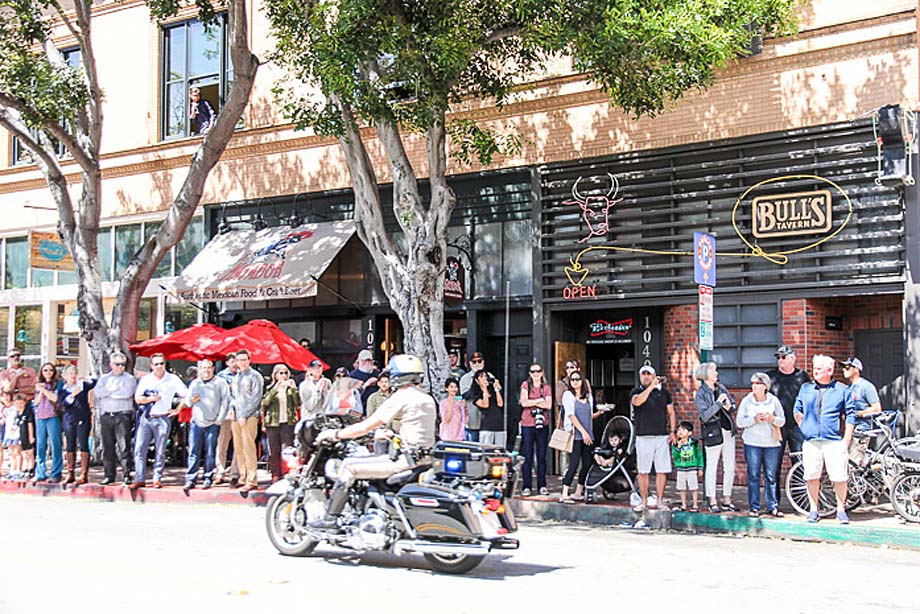 More from the Rally Team at their website HERE. And catch up with DAY 1 HERE and DAY 2 HERE. 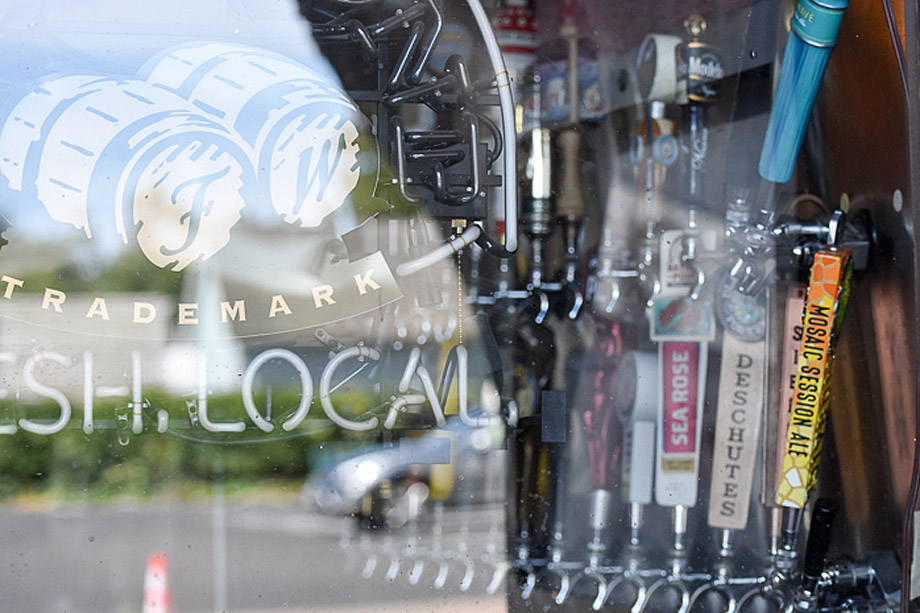