Racing for USA Cycling’s Under 23 squad, Costa became the first American to win a stage of the French race in six years. The 19-year-old powered his Specialized Shiv time trial bike to a winning time of 21:14 in the 16.5-kilometer individual time trial. Powless was two seconds slower and Jonathan Dibben (Team Wiggins) finished third, seven seconds back. 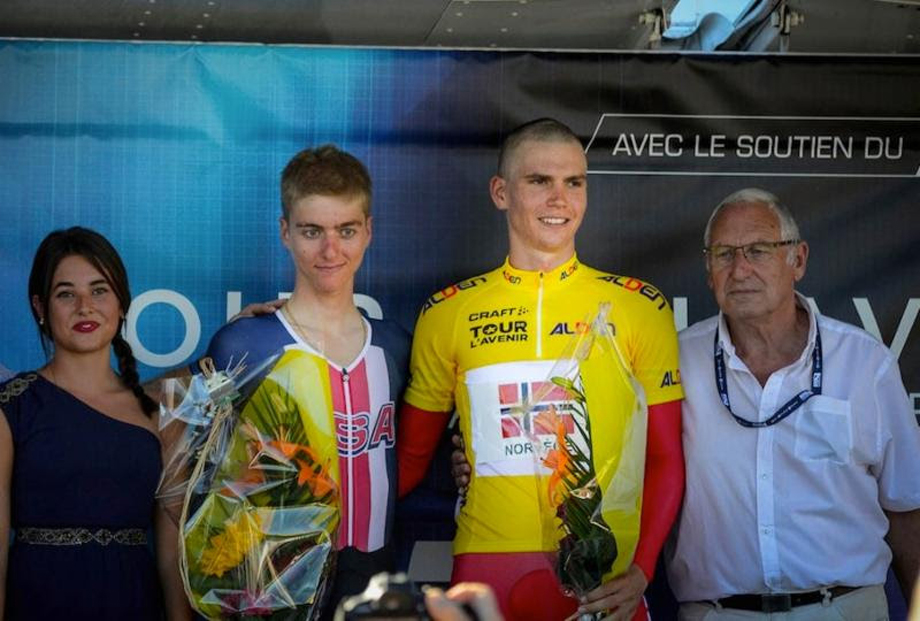 USA Cycling Under 23 General Manager Michael Sayers said he purposely loaded the team’s roster with time trial specialists because the race that is contested by national teams rarely includes a stage with a race against the clock.

“But did I expect four guys in the top 10?,” Sayers said. “No, not particularly. But Will Barta (in ninth) had a good ride today and Geoffrey Curran (10th), who has been under the weather a bit, also had a good day. Those two guys definitely raised the bar for themselves.”

Costa earned his second time trial win of the season and his fourth victory of the year against a field loaded with time trial talents. Mads Würtz Schmidt (Denmark), the Under 23 world time trial champion, finished fourth at eight seconds, while German Lennard Kämma, who was third to Schmidt last fall at the worlds, finished fifth, at nine seconds.

“I didn’t go in expecting to win at all,” Costa said. “I was just trying to do my best for the GC (general classification). It took a good two hours before the last guy finished, and it was pretty incredible to see so many top U23 time trialists come up short.”

Powless, the current leader of the USA Cycling Pro Road Tour and best young rider at the Amgen Tour of California, notched his seventh top three finish on the year.

“I did not feel super in my warm up,” Powless said. “But I just stuck to the plan my coach, Todd Herriott, set for me and just told myself that everyone has to be feeling it four days into a stage race. “Once I got going, my legs were responding really well and Mike (Sayers) kept telling me I was on the fastest time. I rode the loop twice this morning, so I knew how hard I could push the corners. Apart from that, it was just about being able to put down the power.”

A fifth Axeon Hagens Berman Cycling Team rider, British Under 23 national road champion Tao Geoghegan Hart – finished 15th in the time trial and held onto his fifth place overall. Norwegian Amund Grondahl kept the overall lead he has held since Stage 2 while Geoghegan Hart is 2:21 back.

With four days of the race to go, Sayers pegs Geoghegan Hart as the rider to beat.

“Tao is still in the driver’s seat,” Sayers said. “He has a 30-second lead on the GC (general classification) contenders and we are going into the mountains, which are his specialty. So I don’t know if it impossible to take the race away from him. It is his GC to win or lose. We will do our best. It was a mistake by us to let him get away the first day. All credit to him for that.”

Notes:
Riders from Axeon Hagens Berman have won a team-record 28 races this year … Costa’s win was the first by an American at the Tour de l’Avenir since Taylor Phinney won the prologue in Vierzon in 2010 … Barta earned his fourth top 10 finish with his ninth place while Curran, the reigning Under 23 national road and time trial champion, placed in the top 10 in a time trial for the third time this year.