Six riders from the Axeon Hagens Berman Cycling Team powered USA Cycling’s Under 23 squad to victory in the team time trial that opened the Olympia’s Tour Tuesday in The Netherlands.

Led across the line by Colin Joyce, Team USA’s squad of Greg Daniel, Geoffrey Curran, Justin Oien, Neilson Powless and Tyler Williams was 10 seconds faster than runner-up Australia in the 18.9-kilometer race against the clock. The Rabobank Development Team was 14 seconds back, in third.

“We knew the course and had ridden it multiple times so we had all our lines down, executed it perfectly and finished with everybody. It was beautiful,” Powless said.

“With about three kilometers to go, (team director) Mike Sayers was telling us to stay on this pace and hold it to the end,” Oien said. “So that gave us some extra motivation to stay on the power and push it all the way to the finish.”

“We knew we were on a good time for the last five kilometers or so,” Williams said. “It was a real fast course. The start was kind of tricky, but after that you could get up to speed quickly. It was on glass-smooth roads that you could really get rolling on.”

Curran, the reigning national Under 23 road and time trial champion, earned “best young rider” honors for the stage while Joyce will wear the leader’s yellow jersey on Wednesday. Having to defend the lead could actually have its advantages, Williams said.

“Stage 2 is fairly flat, with a few cobble sectors,” he said. “It will be a Dutch race: real flat and windy and chaotic. So it is good to have the lead. It will keep us in a better position.”

The last time USA Cycling fielded a team for the six-day, seven-stage race, Axeon alum Taylor Phinney won four stages on the way to capturing the overall title in 2010. It is history not forgotten by this year’s crop of Axeon Hagens Berman riders.

“It is definitely cool to be on that pathway at this point,” Oien said. “We have plenty of races to go, but this was good to start off on the right foot and to be doing so well at such a high-caliber race.” 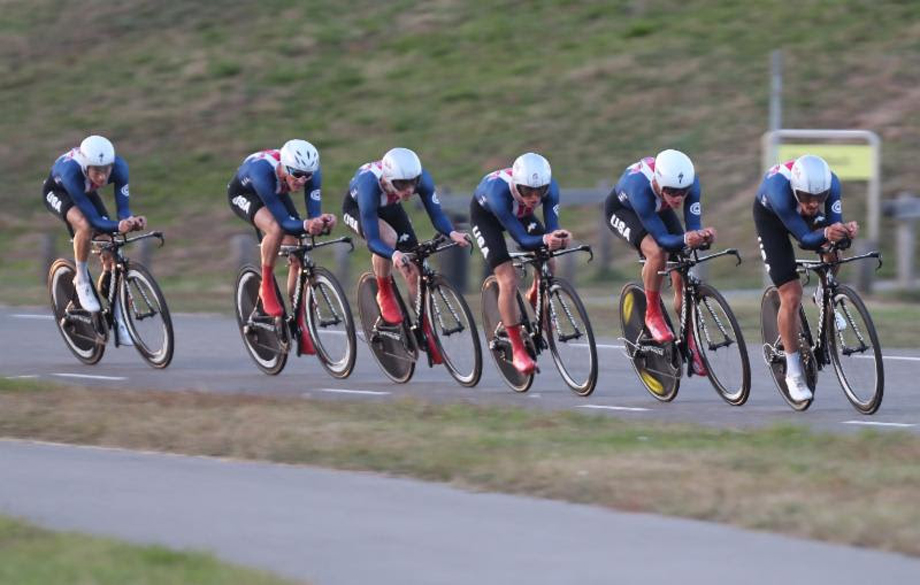 Six riders from the Axeon Hagens Berman Cycling Team blazed to victory for Team USA in the Stage 1 team time trial at the Olympia’s Tour. (Photo by Olympia’s Tour.)

About Axeon Hagens Berman
The Axeon Hagens Berman Cycling Team represents the next generation of professional cyclists. Founded in 2009 by former professional cyclist and Olympic bronze medalist Axel Merckx, we are cycling’s premier development program. Through our first eight seasons, we have advanced 24 riders to the WorldTour ranks. Axeon Hagens Berman team and staff work diligently to ensure our program remains the best. Through careful rider selection, instruction and guidance, we annually achieve winning results for a vibrant and original brand that represents the future of the sport. We give future stars their shot to ride against WorldTour teams and prove themselves. #PROVEIT

Toolbox: Back To Basics Transition Period