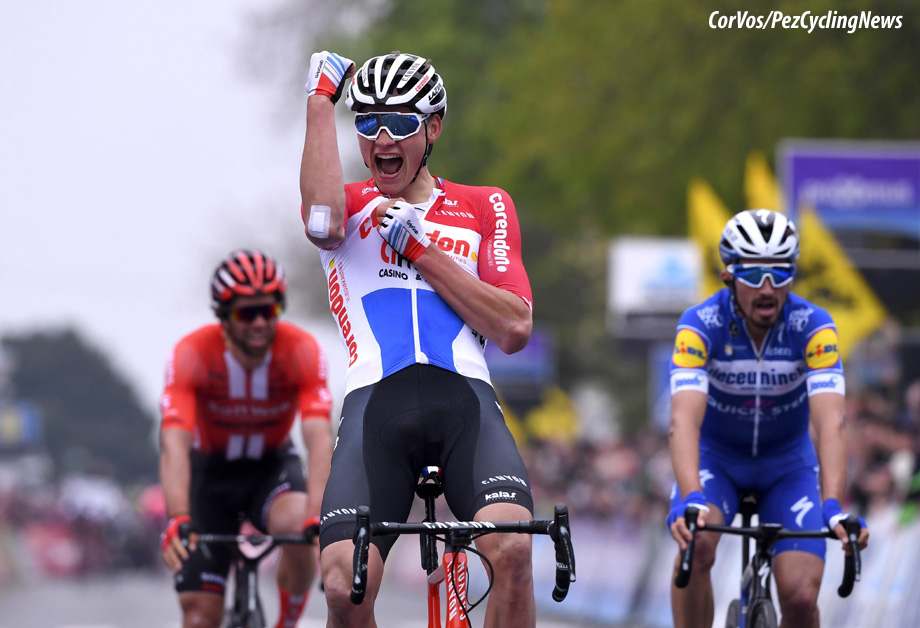 Thirty-one climbs were on the menu for the riders in the Brabantse Pijl. The local circuits over 23.4 kilometres around the finish town of Overijse played an important role with the climbs of the Hagaard, Hertstraat, Holstheide, IJskelderlaan and Schavei. 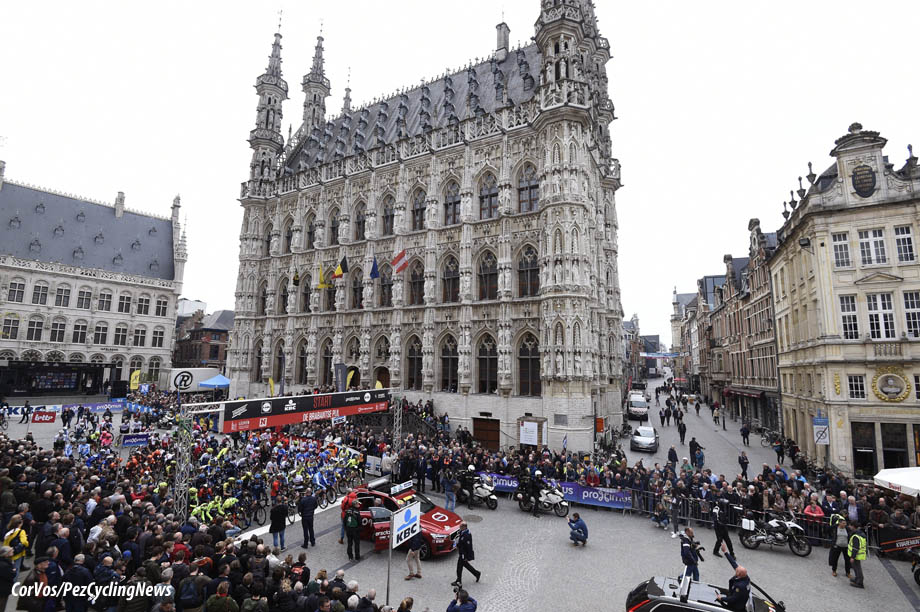 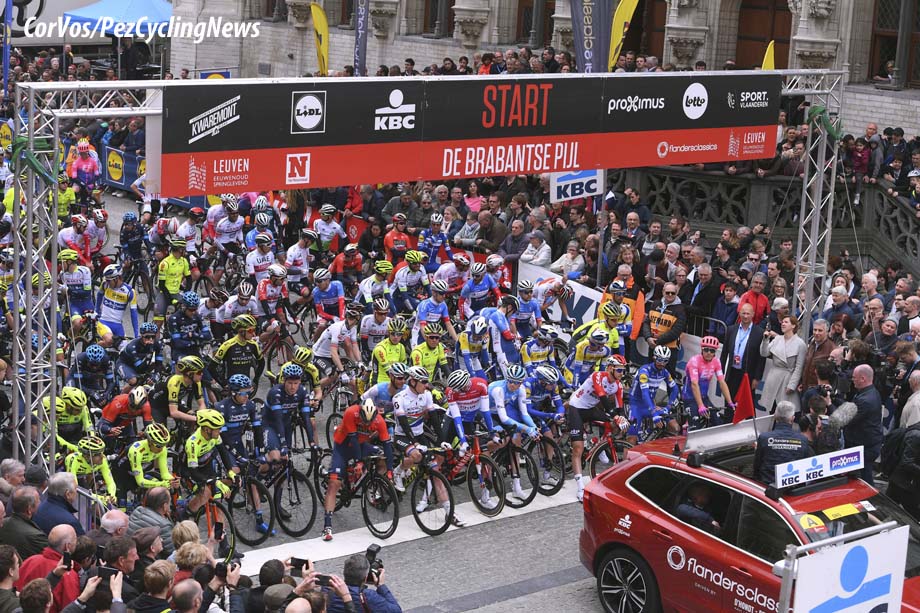 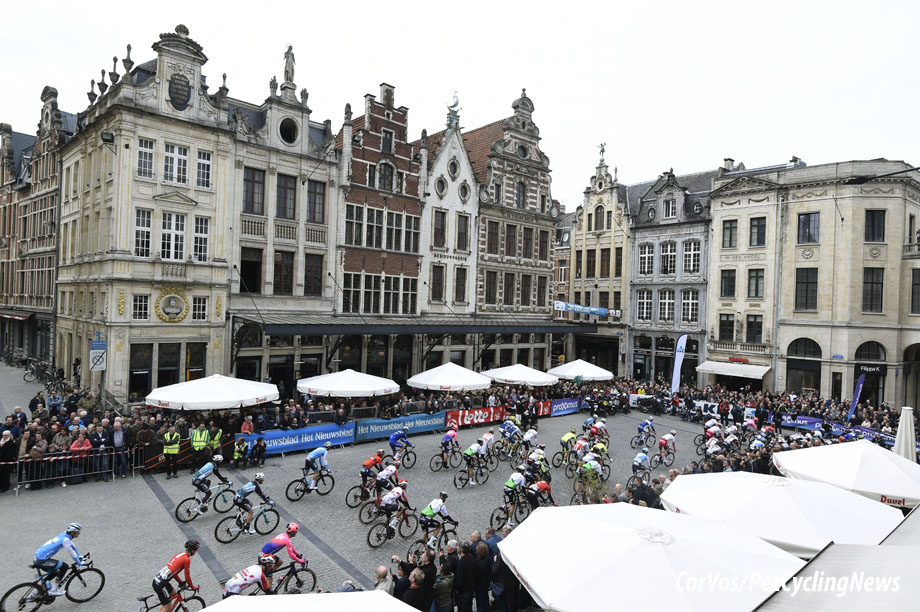 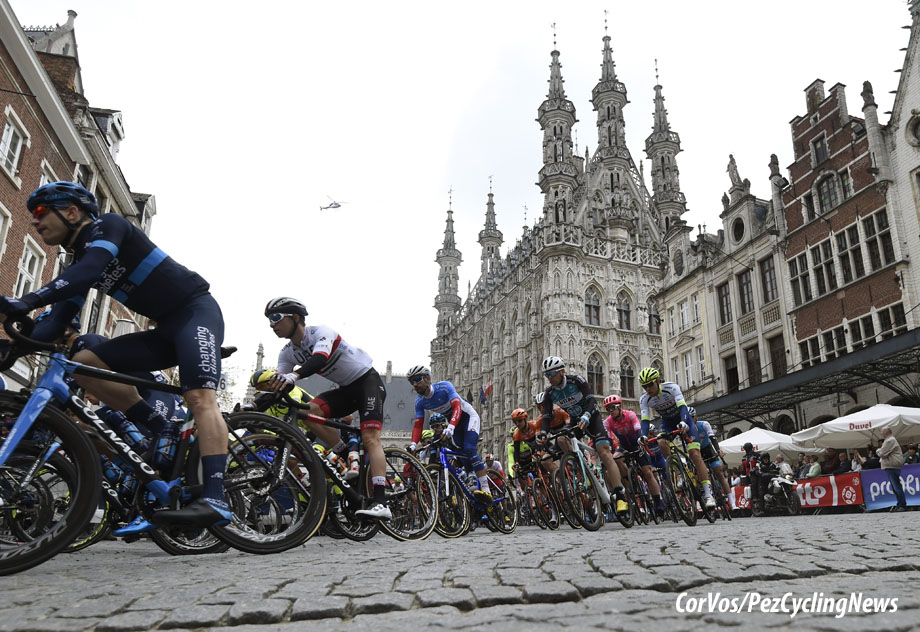 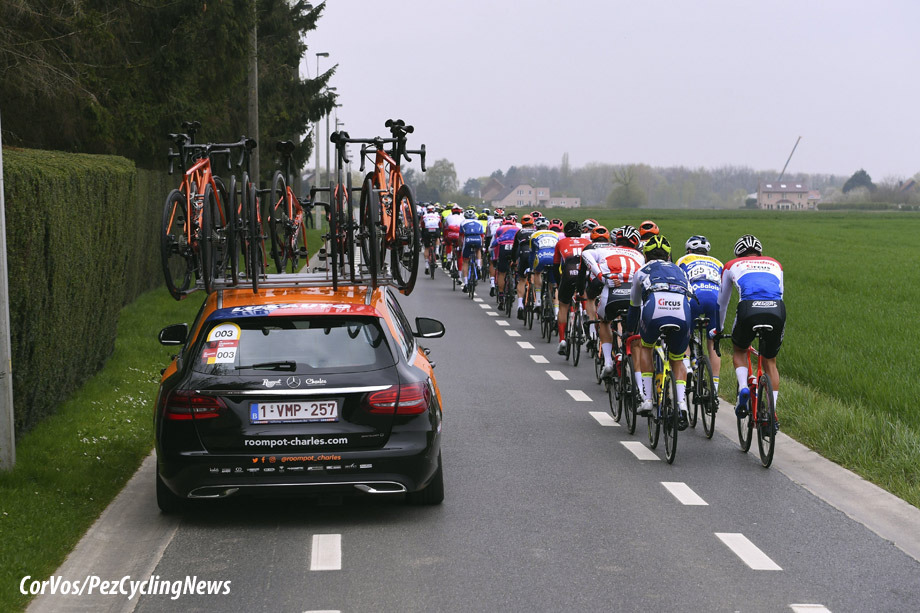 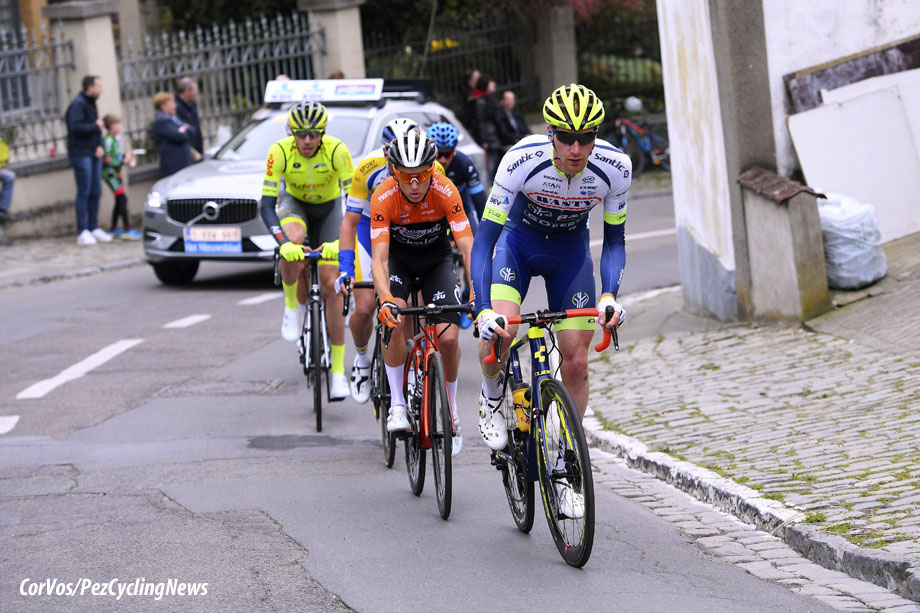 When the race hit the local circuit the difference was only 1:20, at this point Tosh Van der Sande (Lotto Soudal) and Mikkel Honoré (Deceuninck – Quick-Step) made an attack. 60 kilometres from the finish, Mathieu van der Poel showed his interest in the race and in one go he crossed to Van der Sande and Honoré, the two sat on the Dutchman. 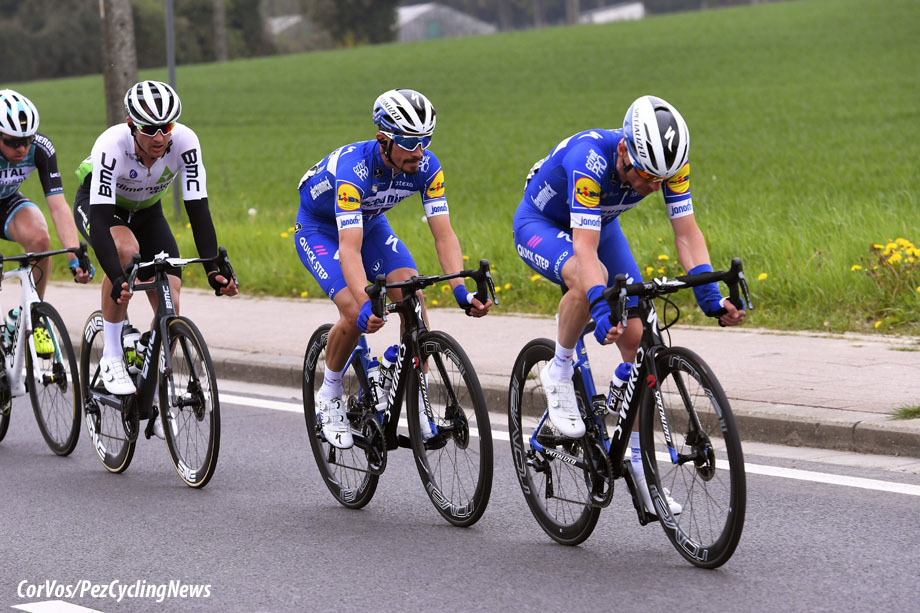 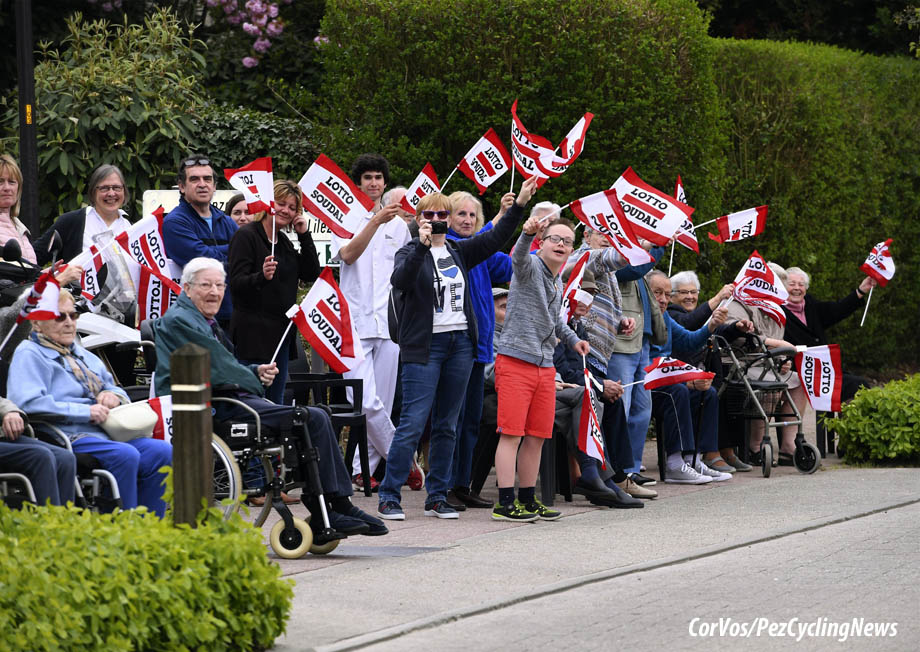 Van der Poel decided to stop the chase, and the three were caught. Meanwhile; the hard course had seen off a few riders from the peloton. Backaert, De Bondt, Livyns and Planckaert were still managing to stay out front. Former winner, Petr Vakoč (Deceuninck – Quick-Step), also tried his hand to get to the head of the race. 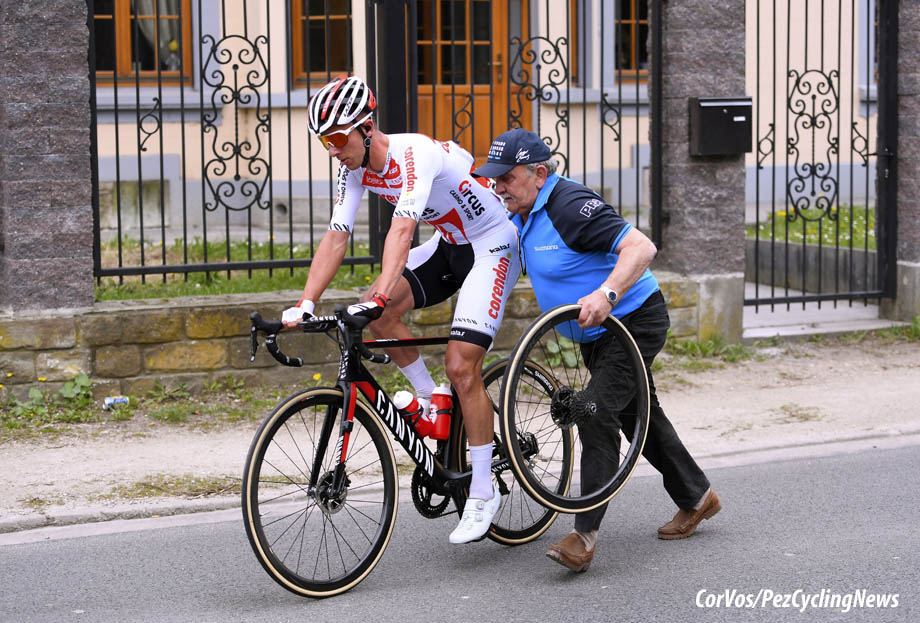 Van der Poel tried again 40 kilometres out, which brought the end to the early break after a further 7 kilometres. There was still seven more climbs to cross before the finish in Overijse. 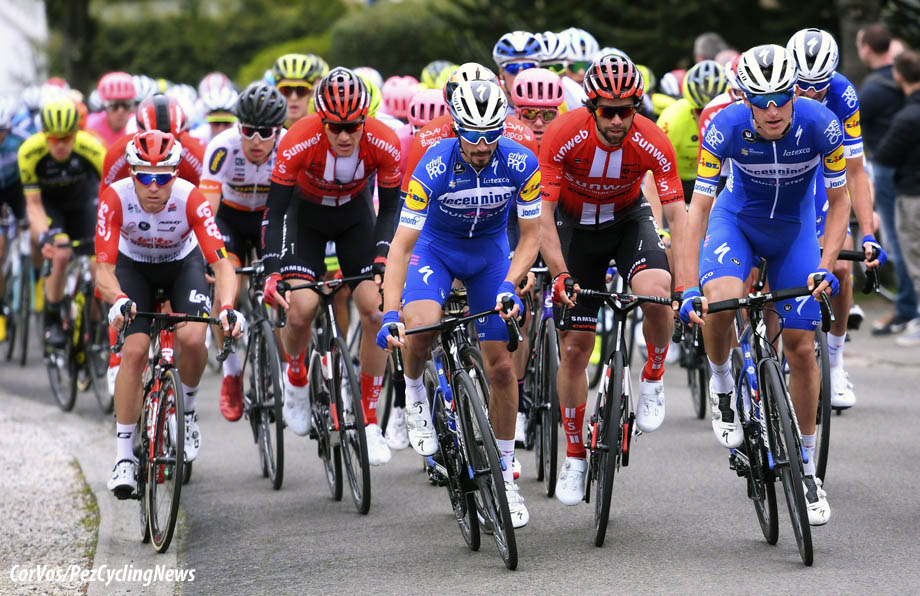 The nervousness increased in the run-up to the penultimate climb of the IJskelderlaan. Daryl Impey decided to make a move. The South African was still leading with 27 kilometres left to race, and the Mitchelton-Scott rider has been National time trial champion eight times, so a good result was possible. 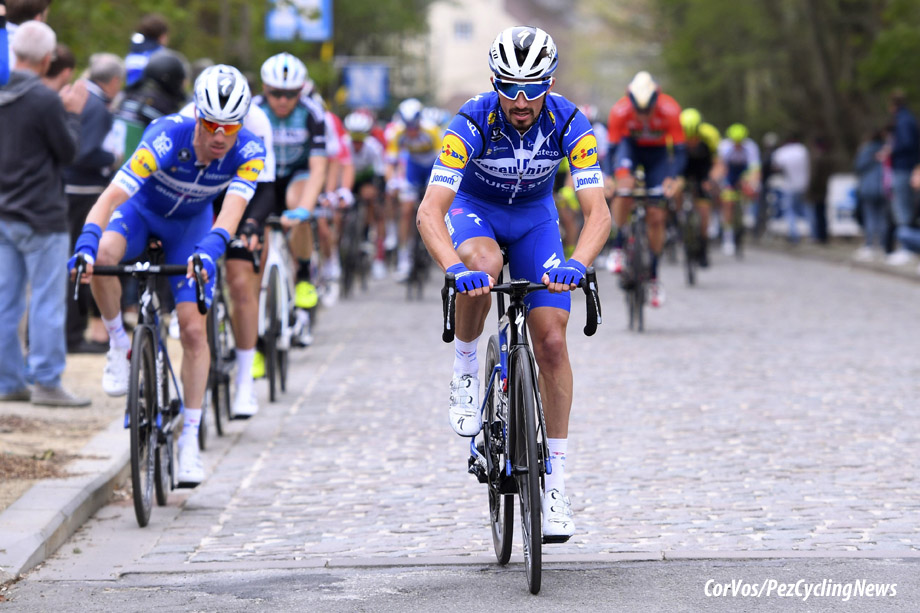 At the start of the last lap Impey had 22 seconds on the front of the pack. Julian Alaphilippe and Tim Wellens lifted the speed on the climb of Hertstraat. The Franco-Belgian couple were joined by Michael Matthews and Mathieu van der Poel. These four soon joined the leader, Impey. 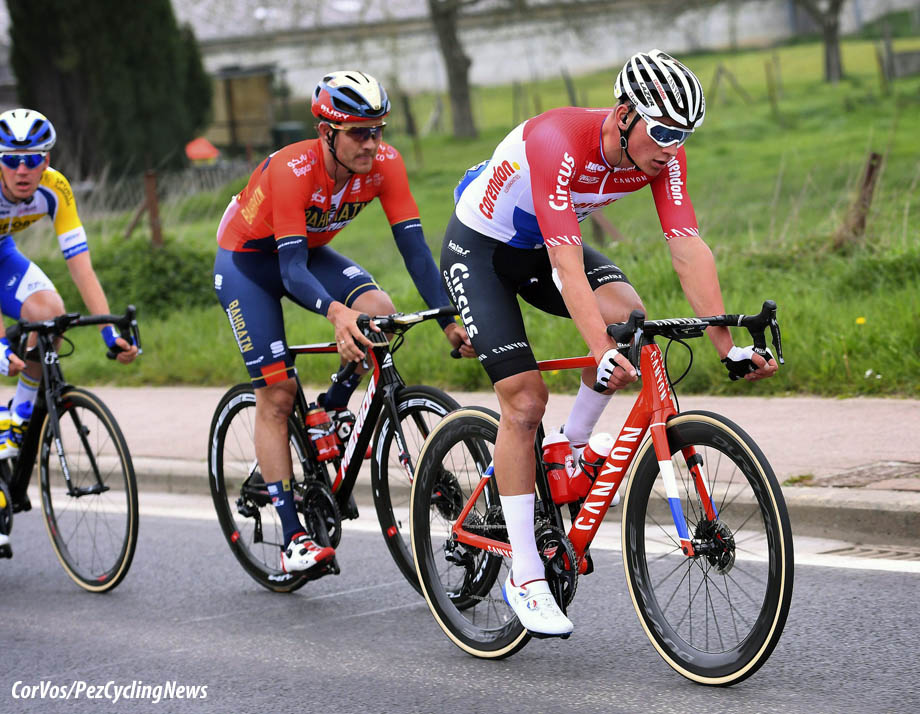 Once at the top, with 17 kilometres to go, the five were together looked like they would fight it out for the win. Wellens put in an attack on Holstheide, causing Impey to get dropped. Alaphilippe attacked on the last climb of the IJskelderlaan, but Van der Poel was quick to get his wheel and the other two pulled them in. 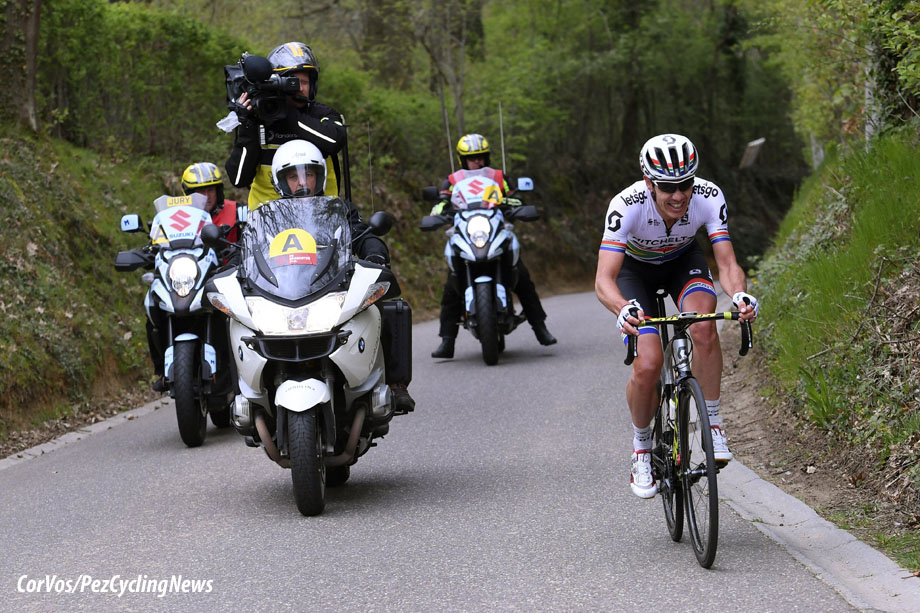 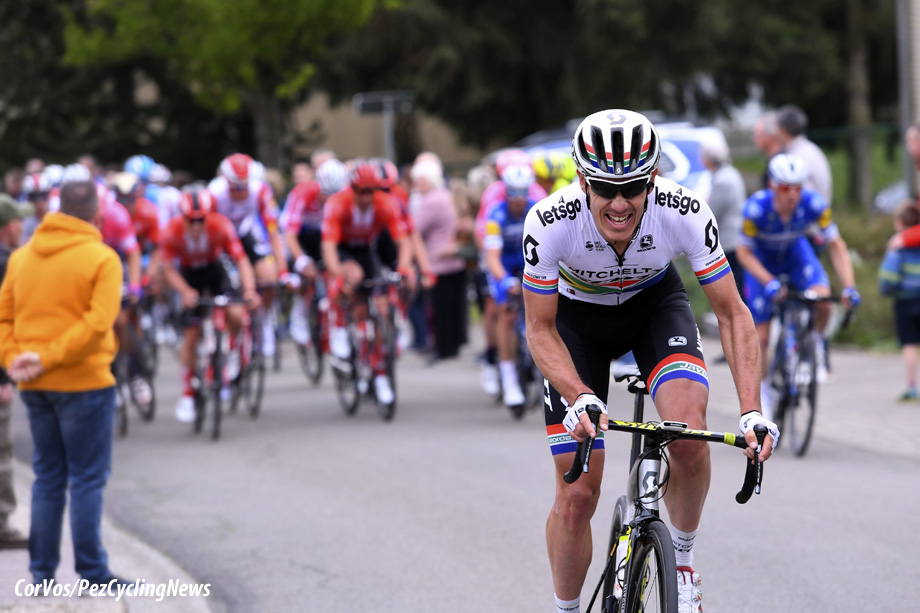 With just the Schavei to climb, the final decision would be made soon. Wellens tried at 1.7 kilometres out, but he could’t make a gap. Van der Poel led the quartet under the flag of the last kilometre. Matthews took over on the toughest part of the climb, but there was no splits in the group. 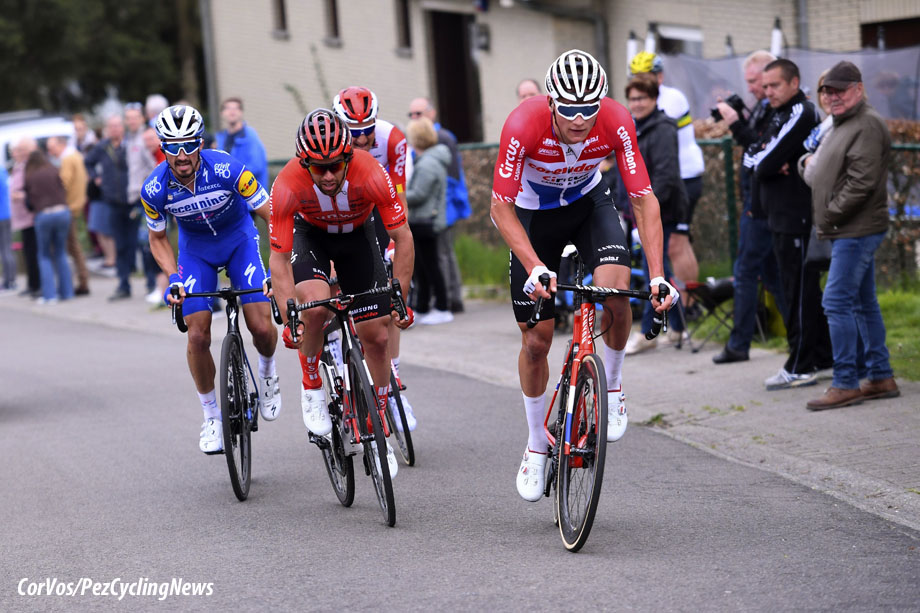 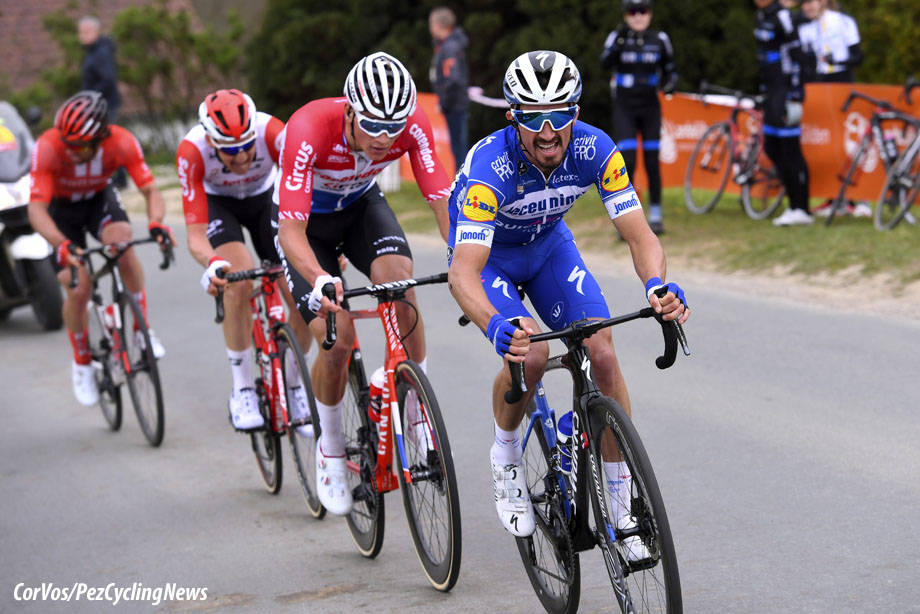 The peloton was getting close, but the winners had to come from the leading four. Van der Poel was the first through the last corner, and then put three bike lengths into Alaphilippe and the others. Wellens finished in third place, with Matthews in fourth. 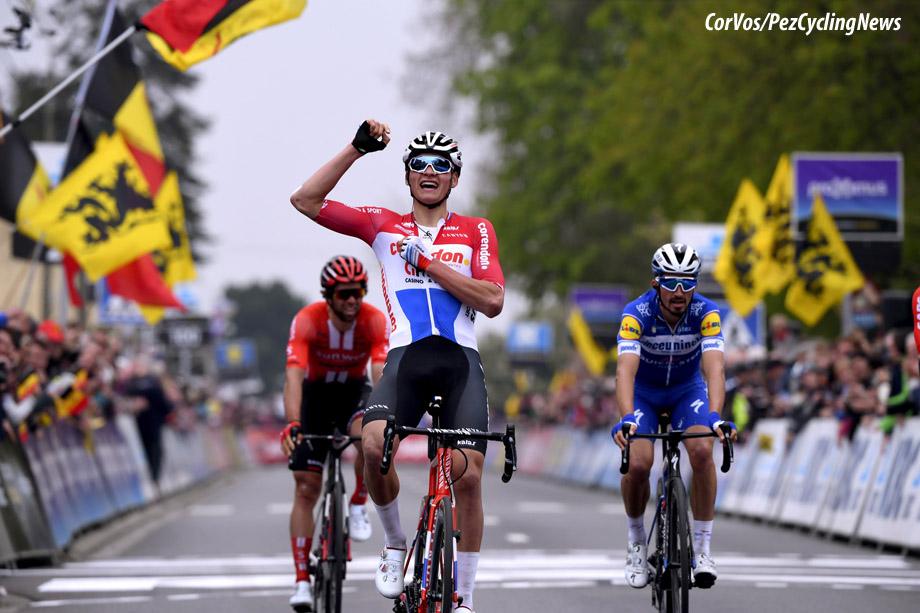