Breakdown: Breaking down exactly what is going on with the UCI’s new (and extremely confusing) promotion/relegation system and where things stand for the 2023 season. Which teams goes up and which go down and ‘is it all bad news?’ Maybe not. 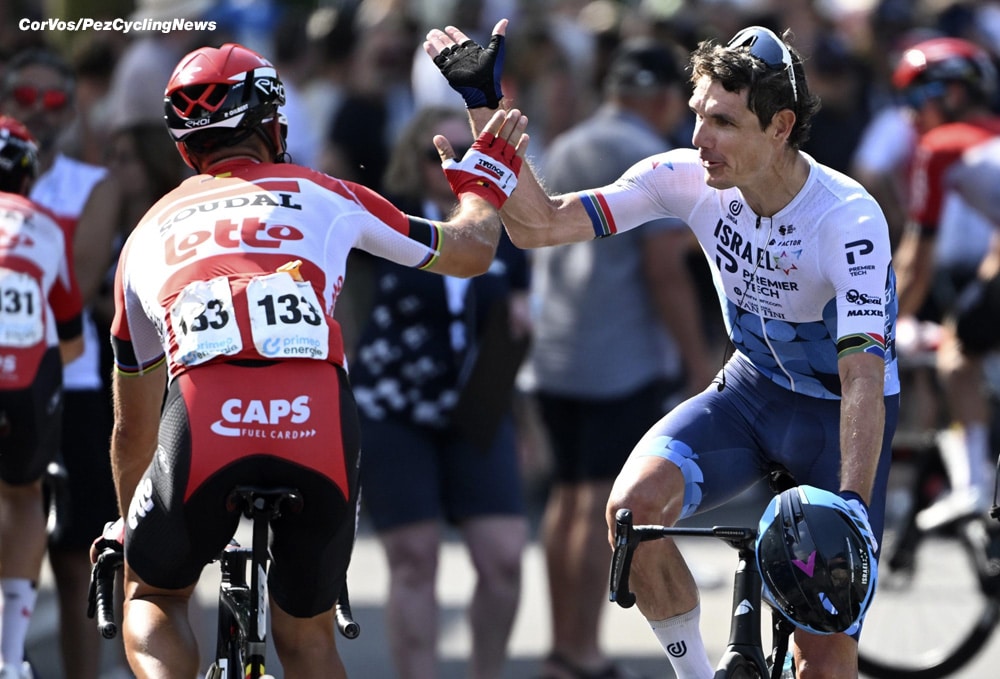 Lotto and Israel, the two losers – But are they?

With the 2022 pro cycling season winding down this week, the results of the UCI’s new promotion/relegation system are in. This, along with the somewhat odd and unfair rules of the system itself, has created plenty of chatter about who is being relegated from the WorldTour, and most importantly, what this actually means (spoiler: it’s complicated).

A bit of background on how we got here: Back in 2019, professional cycling’s governing body, the UCI, presumably tired of perennially bad teams squatting at the sport’s 18-team top level (the WorldTour), decided to implement a three-year-long promotion/relegation system that would tally every UCI point scored by professional teams between the 2020-2022 seasons. This tally would then allow them to designate the top 18 teams in this ranking as the WorldTour teams for the following three seasons (2023-2025) and demote the underperformers. In theory, this meant that the consistently poor performing teams would be relegated down to the second-division while overachieving teams would be elevated to the sport’s top flight. 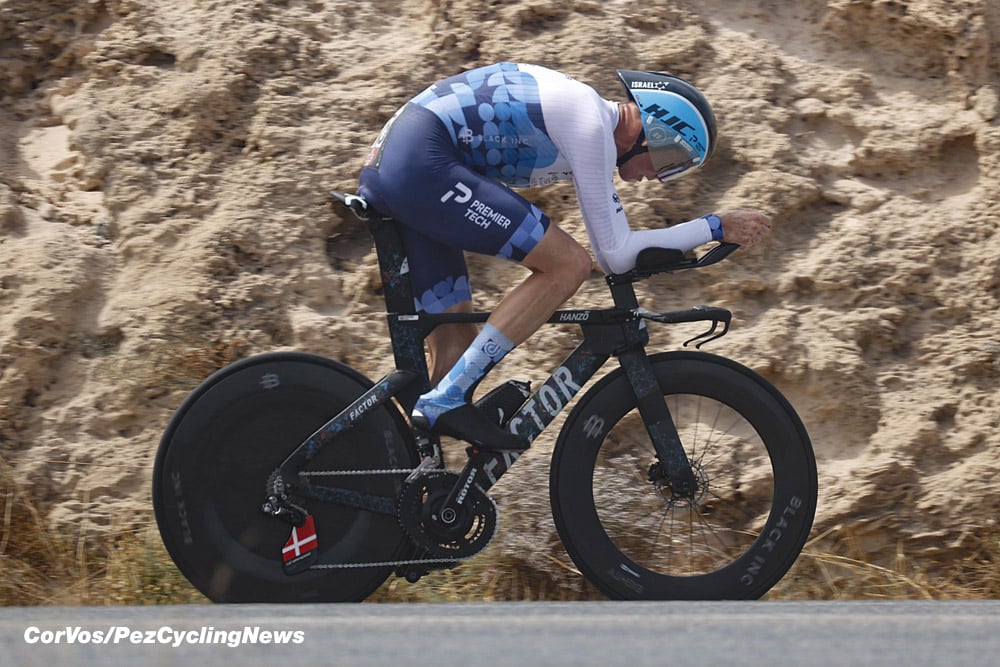 Israel-Premier Tech out of the WorldTour, even with a multi-Tour winner on the books

While this could be a good system, in reality, the strange way UCI points are distributed (i.e. lower level regional races yield a high number of points while grand tours yield a small number of UCI points) and the lack of a viable second-division has caused an immense amount of (somewhat deserved) complaining, protests and potential legal challenges from the relegation-threatened teams. 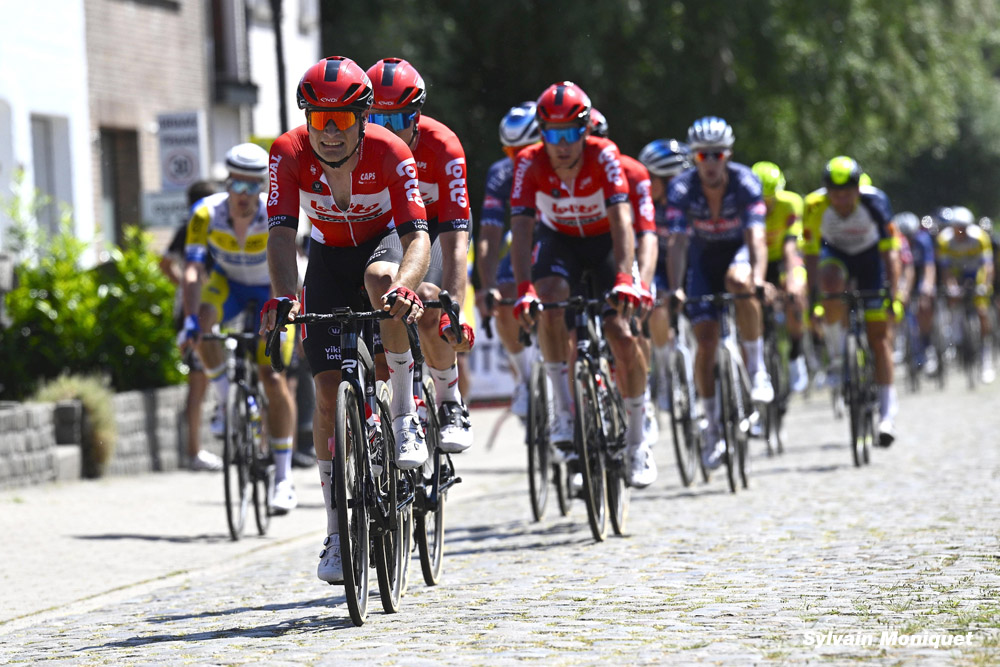 Lotto Soudal (dstny in 2023) down to ProTeam

Where Things Stand at the End of the 2022 Season

Even with a few races and UCI points still being up for grabs in 2022, we already have a very clear view of the implications of this first round of promotion/relegation since the gaps between the promoted and relegated teams are large enough to prevent any further shuffling in the standings.

As we can see in the graph below, the current WorldTour teams suffering relegation are Lotto-Soudal and Israel-Premier Tech while the teams who are currently second-division teams (aka ProTeams) being promoted are Alpecin-Deceuninck (formerly Alpecin-Fenix) and Arkéa-Samsic. 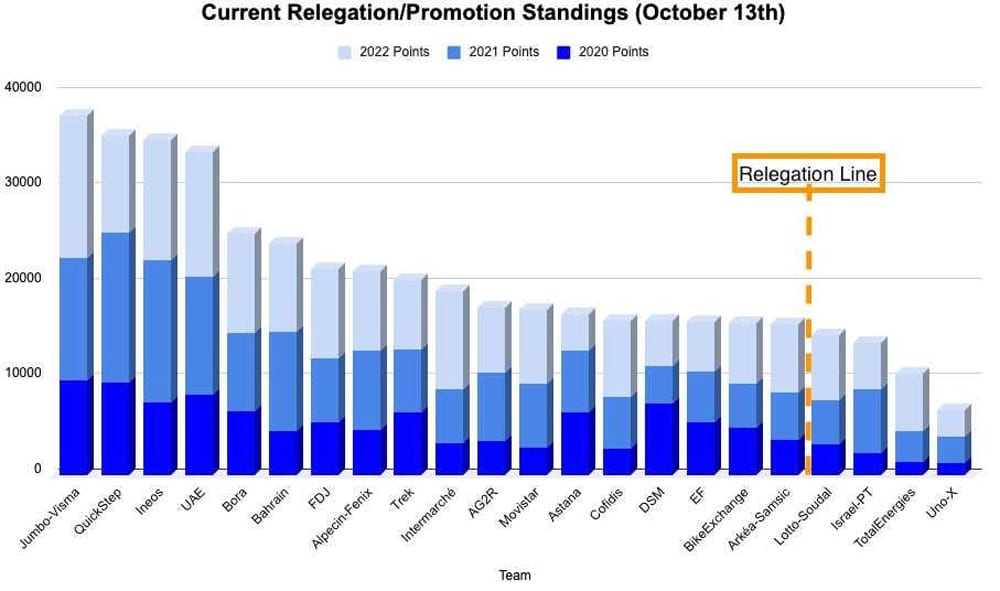 What Exactly Does This Mean?

Some fans might look at the above graph, see that Lotto and Israel are relegated, and assume these consequences for both teams are an equal problem and that both teams will not be present at top-level WorldTour races in 2023. While a logical assumption, it couldn’t be further from the much more complicated truth.

To fully understand the consequences of relegation, we first need to look at the UCI points standings from just the 2022 season. 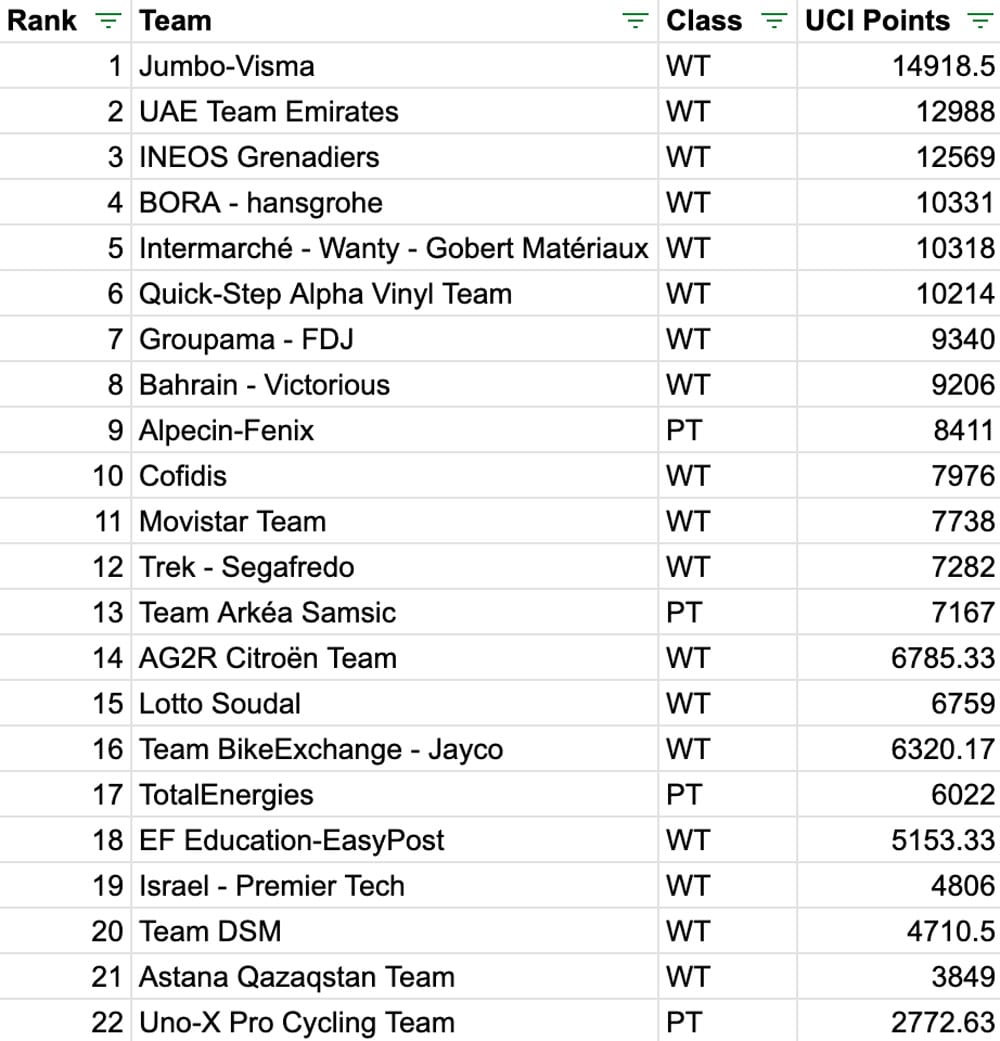 As we can see above, Jumbo-Visma, at least in terms of UCI points, was the most successful team of 2022, while Astana was by far the worst (I will break down these rankings in more depth in the coming weeks).

But, most relevant to the promotion/relegation discussion is Lotto-Soudal in 15th place, TotalEnergies in 17th place, and Israel-Premier Tech in 19th place.

This is important since due to the complex race selection rules in pro cycling, in addition to the 18 WorldTour teams and three wildcard team selections (another topic for another day) every major race is required to invite at least the top two performing second-divisions teams from the season prior (stage races invite the top two while the one-day races invite the top three). 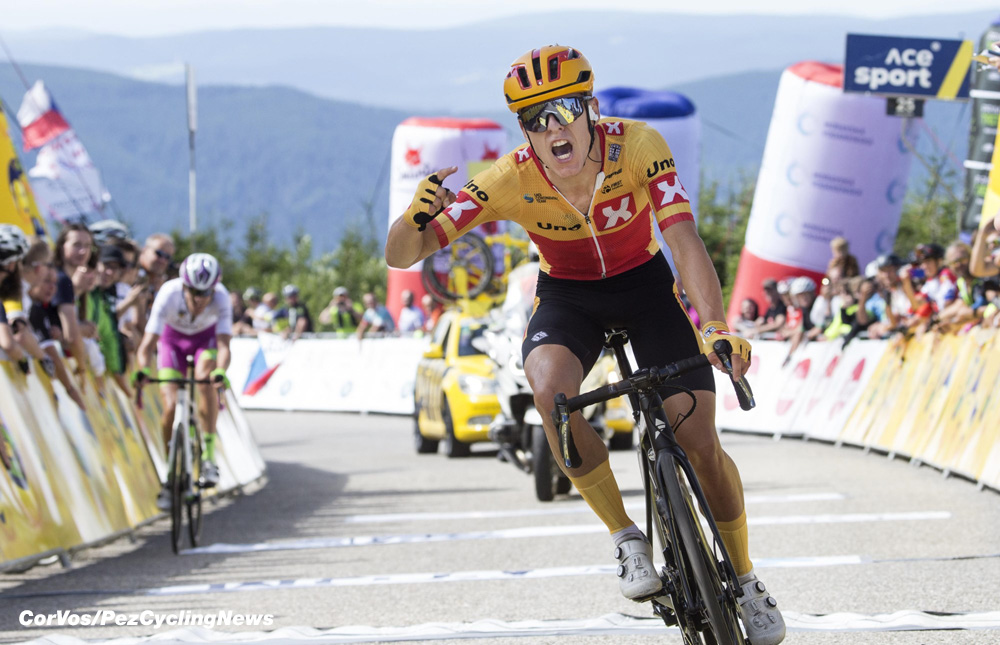 As we can see above, the consequences of this are that while Lotto-Soudal and TotalEnergies will technically be outside of the WorldTour and down in the second-division, they will still receive automatic invitations to every major race. Conversely, while Israel-Premier Tech will receive invitations to one-day races, they won’t be invited to stage races. This is significant since the single most important in cycling is the Tour de France, and if a team can’t get an invitation, they fail to offer a compelling case to potential sponsors and top riders.

In theory, Israel-Premier Tech is still eligible for wildcard invitations to grand tours, but these are distributed via old-boy networks and, as such, almost exclusively go to second-division teams based in the home country of the grand tour. This means that since the team is based outside of Europe and lacks any major French stars, like Julian Alaphilippe, they have an uphill (or expensive) battle to being invited to the Tour de France.

While most contracts in cycling give riders and sponsors an automatic out if a team fails to stay in the WorldTour, there is little, to no, incentive to actually trigger these clauses if a team still has an automatic path to the cash cow that is the Tour de France. But, on the flip side, a failure to gain an invitation to the Tour de France is usually fatal for a team since, without top sponsors and riders, an outfit has little to offer. Also,

The Hidden Upside for Lotto-Soudal

An interesting wrinkle here is that as the top second-division teams are that they have an advantage over the WorldTour teams since they receive invitations to these races, but have no obligation to attend, which means they can sit out of shoulder grand tours to conserve rider and financial resources. 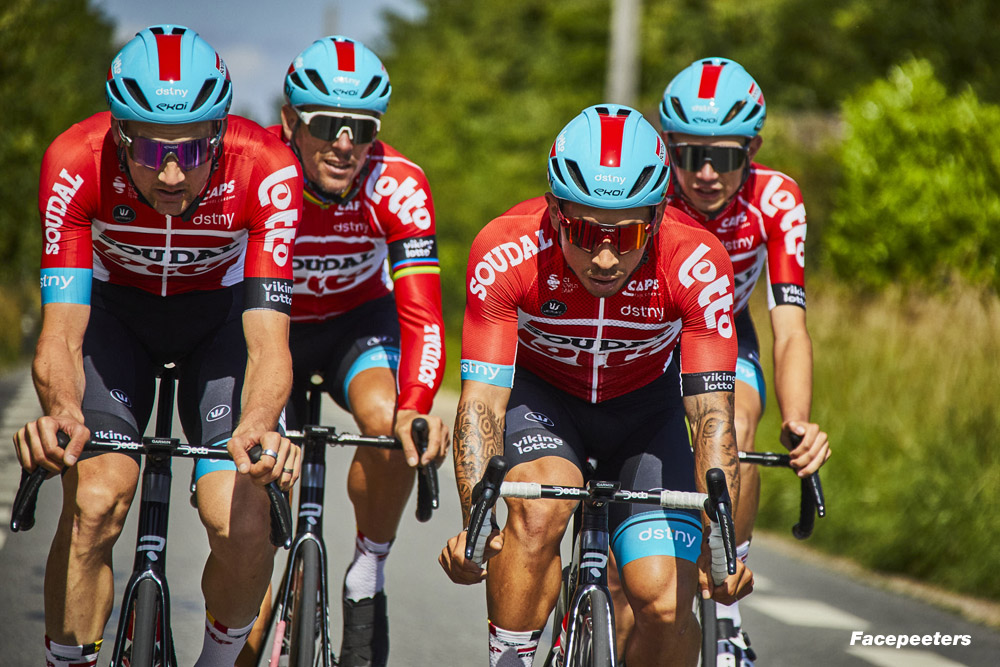 Lotto will be able to pick and chose – and save money

While they do have to perform well enough every year to finish inside the top two second-division teams and don’t get the three-year security of the WorldTour teams, this task is incredibly manageable since they have the benefit of picking and choosing their events, which means they can opt-out of bigger races where they have little chance of scoring points and instead send strong teams to enough lower-level races to easily rack up enough UCI points to stay ahead of nearly all the other second-division outfits (this will, in turn, also make it easier for them to make the WorldTour cut in 2026 than the lower-level WorldTour teams).

The State of Play For the 2023 Season

So, in short, the WorldTour for the next three seasons will reflect the following 18 teams, with Lotto and TotalEnergies able to tag along to any events they wish for the 2023 season, and Israel-Premier Tech attending major one-day events.

Of course, this could all be disrupted if one of the 18 WorldTour teams loses a sponsor and is unable to fund their outfit, which would either see one of the second-division teams promoted to fill the slot or the automatic invitations slots increased (both would have the same effect of allowing all of Lotto, Total and Israel being invited to ever major event). 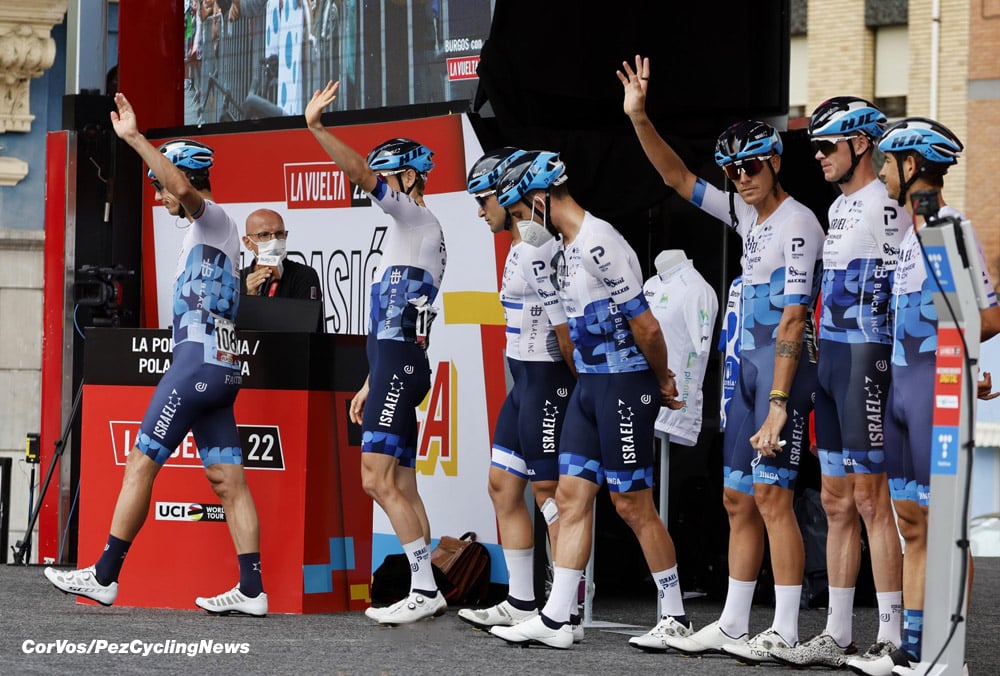 EUROTRASH Monday: Road, Time Trail, Gravel And All The News