Euro/Tour of Britain BREAKDOWN: Looking to the Worlds

Ten Takeaways for the Worlds: There are less than two weeks until the World road championships in Flanders and Wout Van Aert is in the top favorite position, but he’s not the only one. Spencer Martin gives us his breakdown of the weekend’s racing for the ten takeaways looking towards the championships. 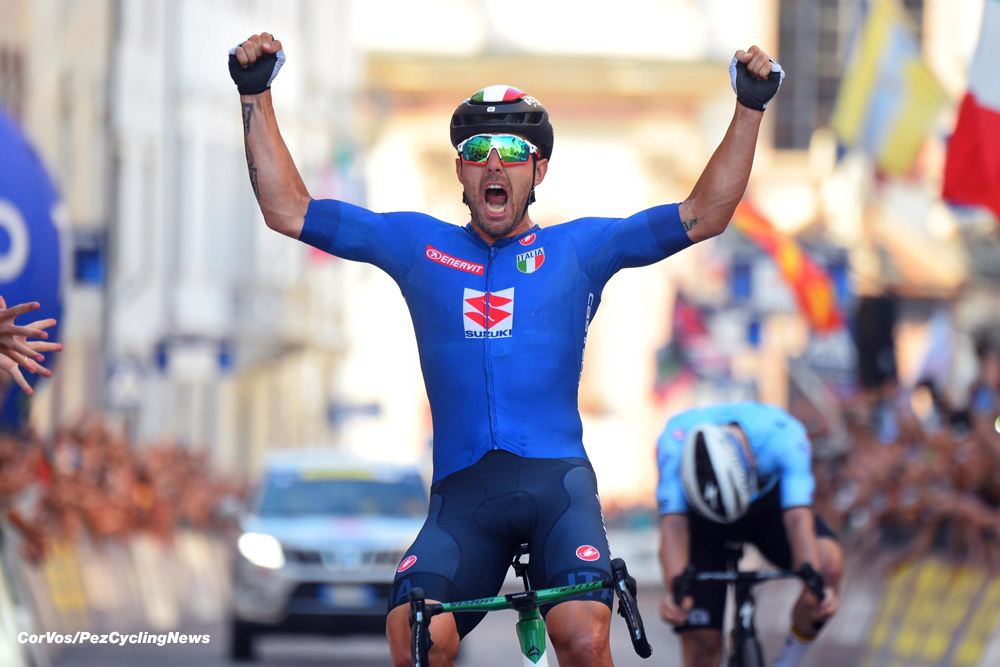 This past weekend featured multiple races with some of the biggest names in the sport which functioned as a dress rehearsal for the World Road Race Championships later this month in Flanders. At the Tour of Britain, Wout van Aert put the finishing touches on a four-stage win, overall title-winning performance, while Sonny Colbrelli emerged victorious the European Road Race Championships. While Van Aert’s nearly effortless overall win at Britain seemed somewhat, inevitable, Colbrelli’s win over Remco Evenepoel, and dropping superstars like Tadej Pogačar, on an extremely difficult course in the stunningly beautiful hamlet of Trento, Italy was fairly shocking and should send a message to the rest of the world that the Italian has emerged as one of the sport’s premier sprinter/climber hybrids. 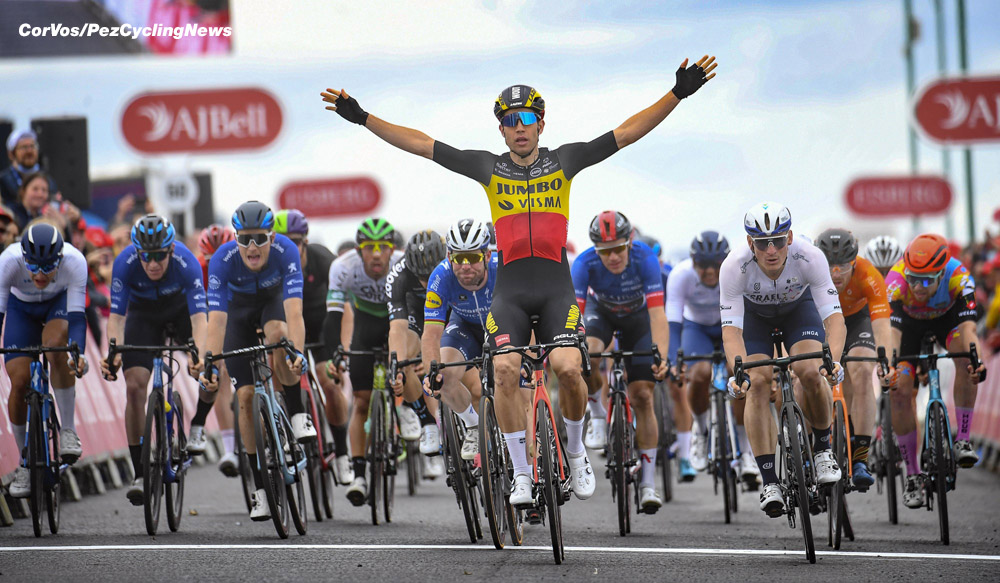 Domination at the Tour of Britain from Wout van Aert

1) Sonny Colbrelli gets a very impressive victory and is quickly emerging as a favorite for the road race World Championships coming up in two weeks’ time. He might not have won a stage at the recent Tour de France, but he consistently displayed incredible strength over difficult terrain, and today’s win, combined with his overall title at the Benelux Tour, has to catapult him into the list of elite favorites, along with Wout van Aert, Julian Alaphilippe and Matej Mohorič at Worlds. 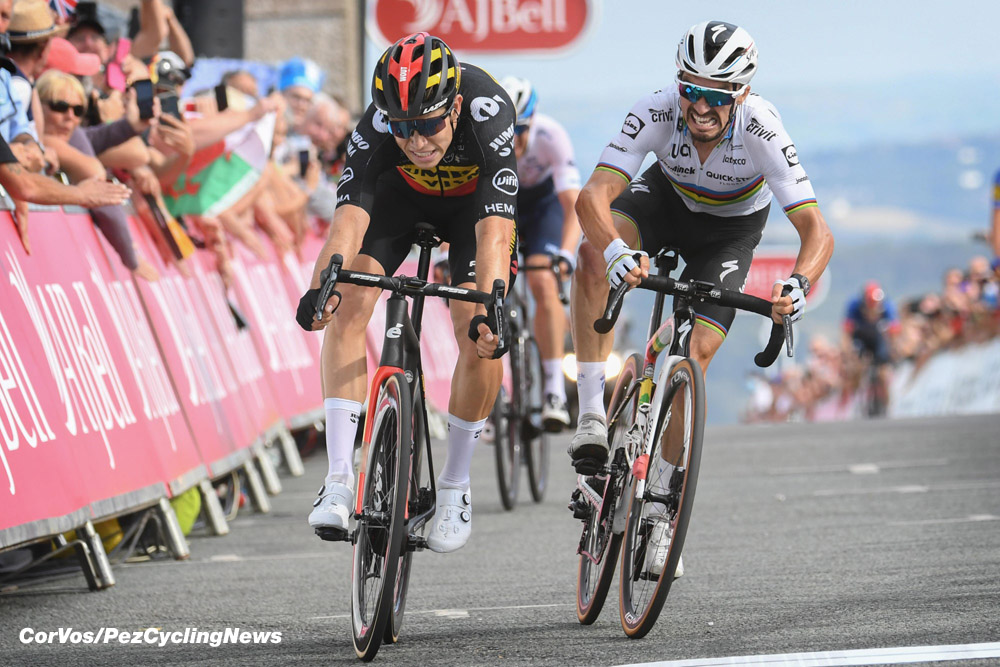 2) Colbrelli’s win was impressive, but it potentially wouldn’t have been possible without Remco Evenepoel’s lack of tactical awareness, which reared its head yet again. The young Belgian pulled one of the fastest riders in the world, Sonny Colbrelli, right to the finish line, only to get toasted by Colbrelli in the sprint finish. 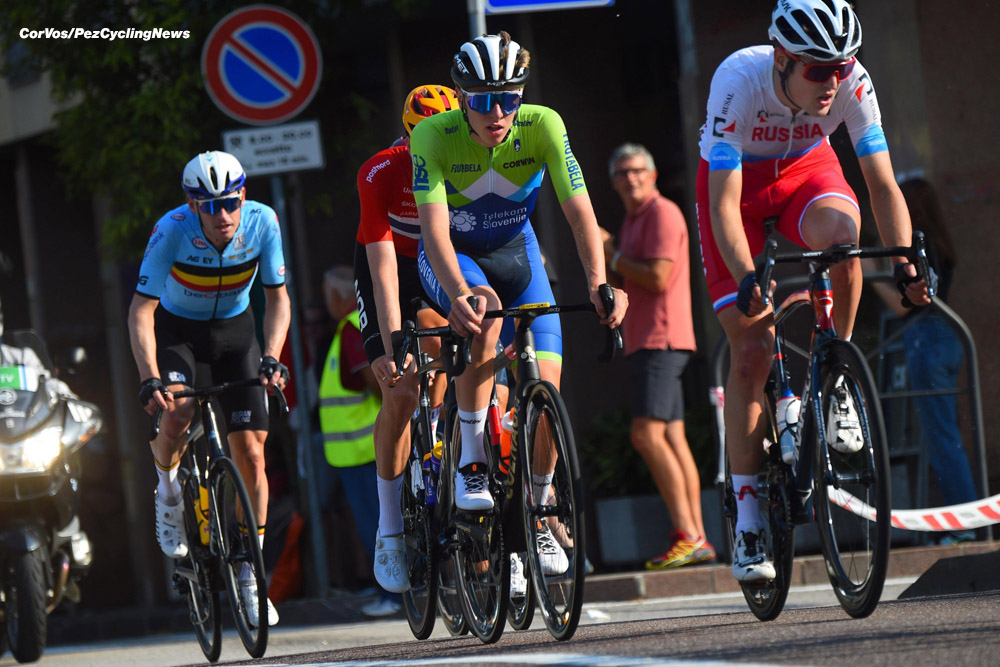 3) This brings up a major issue for Evenepoel. Due to his complete lack of sprint, he can only win races solo, which gets harder and harder at higher prestige races. 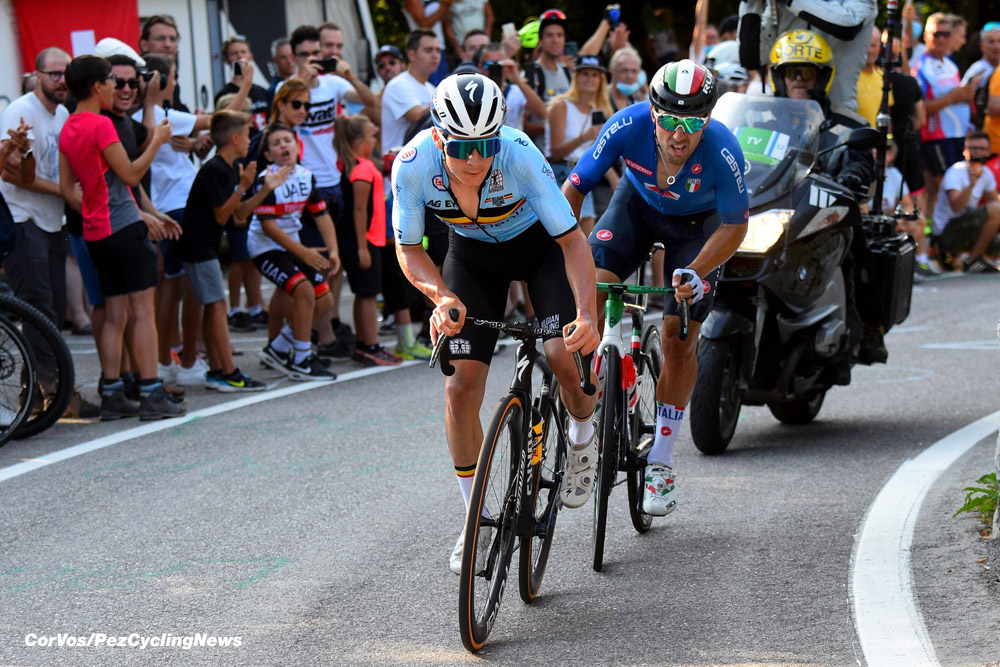 Evenepoel was the ‘man of the match’

4) Evenepoel’s lack of race awareness shouldn’t just be a concern about his own chances at Worlds, but will almost certainly affect his teammates, in particular, Wout van Aert. 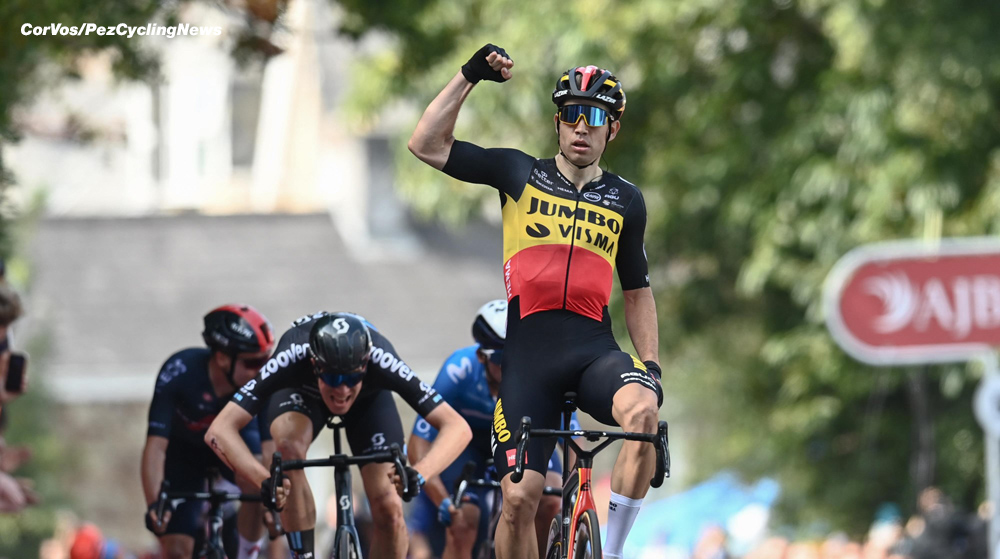 5) The Belgian squad’s cohesiveness should be of major concern for Wout van Aert, since it could be the only thing able to topple the Belgian superstar, who displayed peerless form at the recent Tour of Britain, where he won four individual stages and the overall, despite losing close to half a minute to Ineos’ Ethan Hayter in the team time trial. 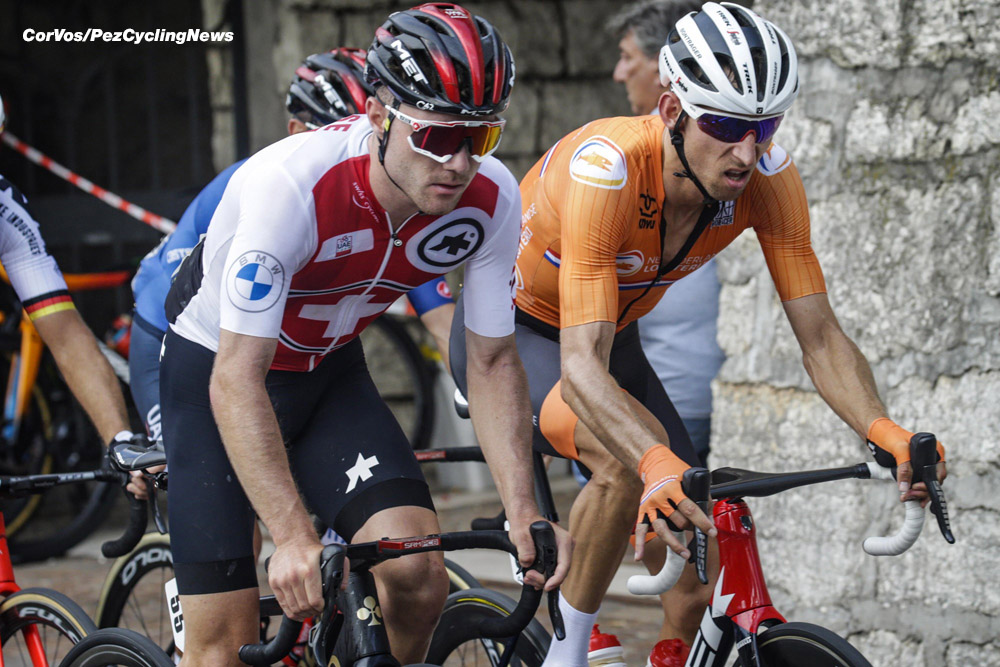 Hirschi – Outside bet for the Worlds?

6) Marc Hirschi, the breakout star of last season, appears to be back to somewhat close to his dazzling 2020 form. 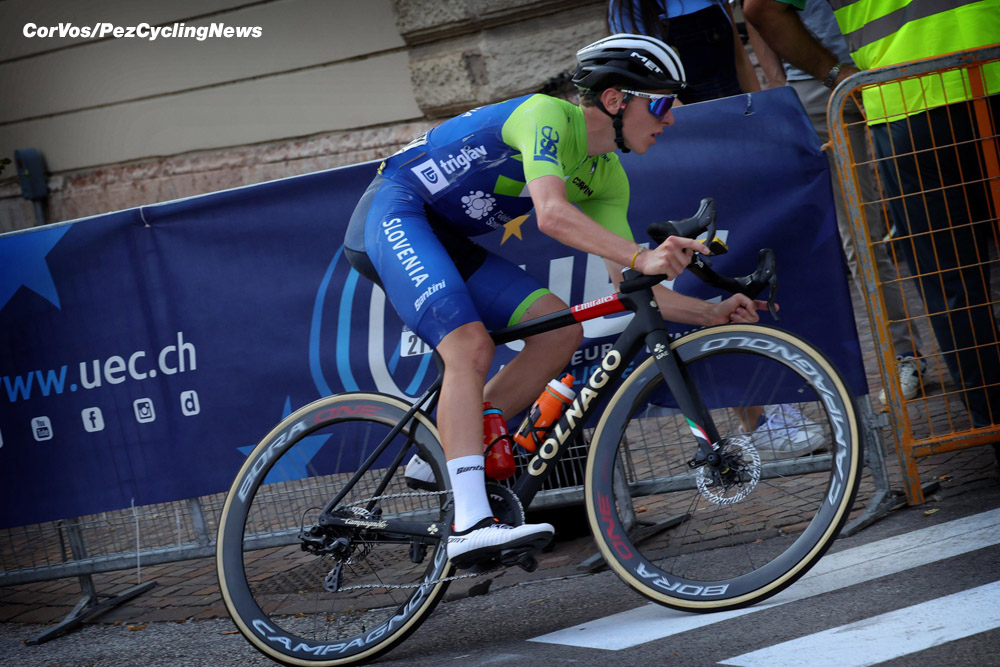 Can we right-off Pogačar?

7) Tadej Pogačar finished 5th and made the select front group, but the sight of him being dropped by Evenepoel’s attack was somewhat shocking and doesn’t bode well for his world championship chances. 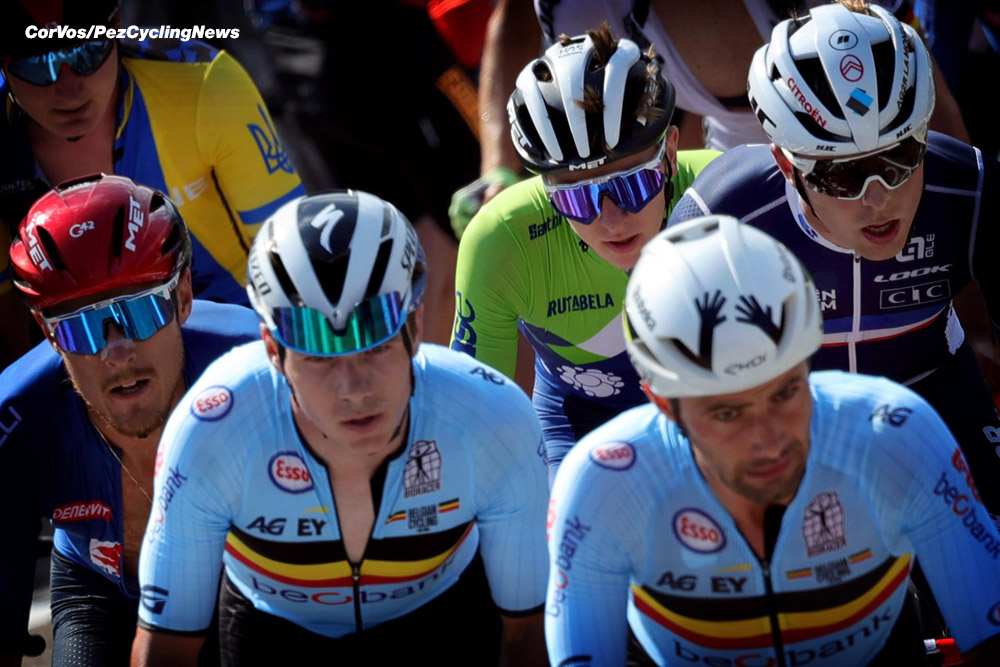 8) Victor Campenaerts has completely revamped his skillset and gone from a tier-two time trial specialist who was struggling to stay in the sport, to a legitimate threat at one-day classics and consistent grand tour stage hunter. And arguably more importantly for his career, he has been using international racing as an opportunity to market himself as super domestique for difficult one-day races. 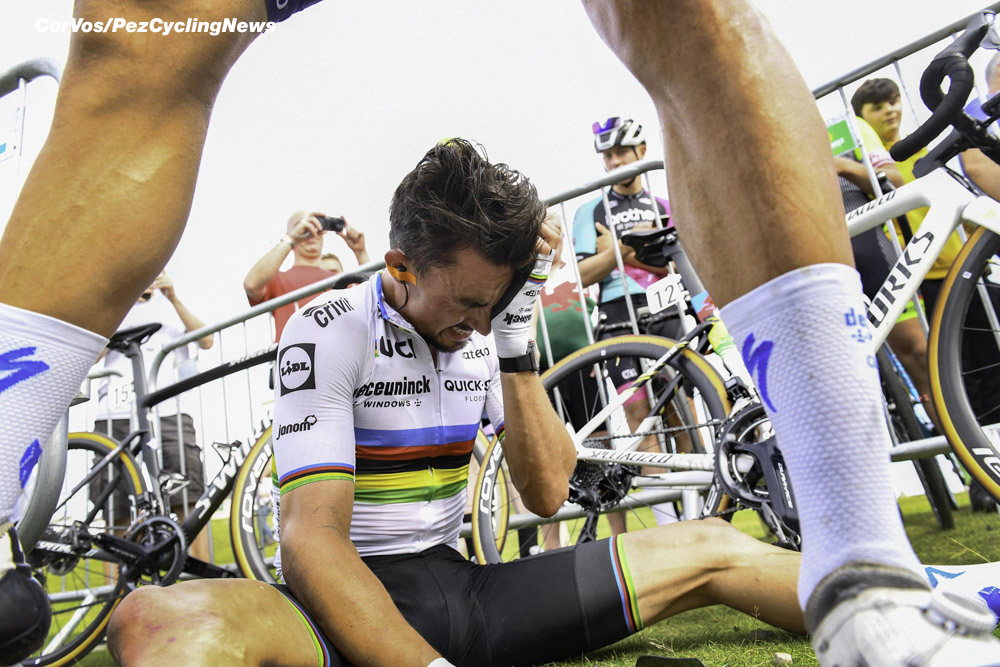 9) It is worth noting that while defending World Champion Julian Alaphilippe’s performances at the Tour of Britain were good, he looked completely outclassed by Van Aert on nearly every course type. 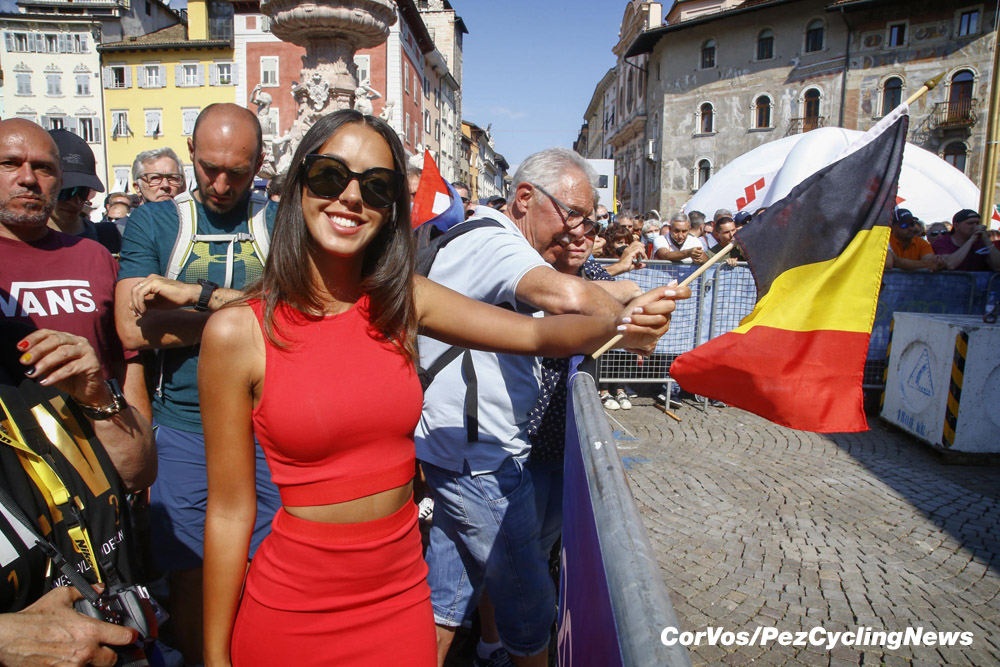 Not all Belgians were disappointed

10) It is tempting to assume this past weekend’s European Championships gave us a great preview of the world championships, but the complete absence of both Britain or Denmark, which both have riders who will undoubtedly influence the race, means we should take Euros results with a grain of salt. 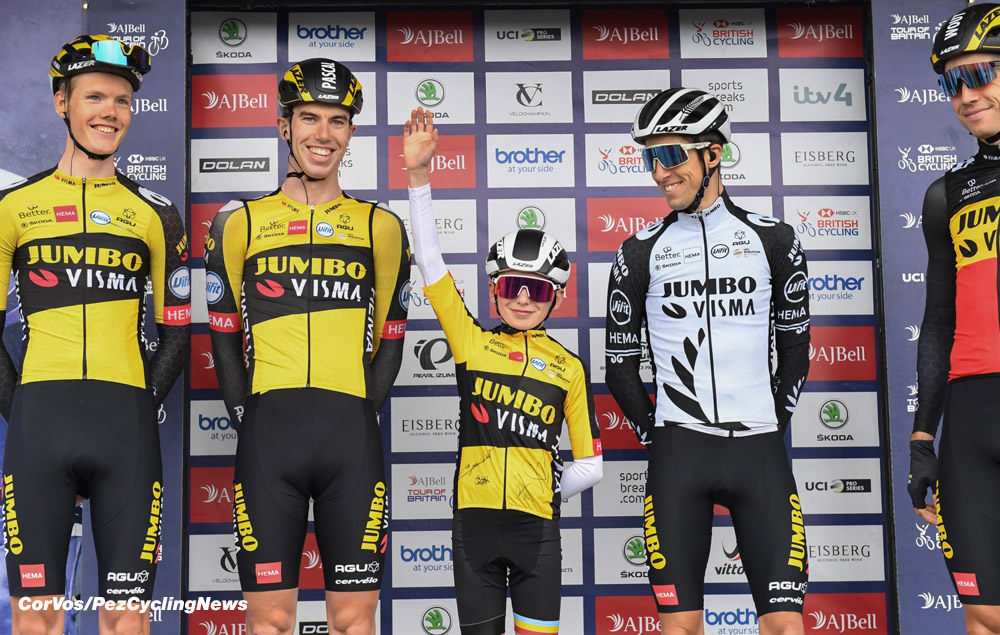 The star of the Tour of Britain – Xander Graham