More than 450 men, women and juniors participated September 13-14 in 20 categorized bicycle races for the fifth and final weekend for the 2014 Southeast Regional Series presented by Stan’s NoTubes (SRS). For the top men and women cyclists in the Southeast, champions were crowned in the summer-long series that spanned five states in five months.

A total of 27 SRS titles were awarded after the conclusion of the Subaru Road Race on Sunday.
Greenville resident Ben Renkema of Stan’s NoTubes powered by Proferrin captured the Hincapie Overall Leaders title in the Men’s Pro 1/2 category. Daniel Zmolik (New York, N.Y.) was second in the season-long overall points competition, 70 points behind his teammate. Third overall was secured by Zach Kratche (Charleston, S.C.) of Ms. Roses p/b J.Brown-Champion System. 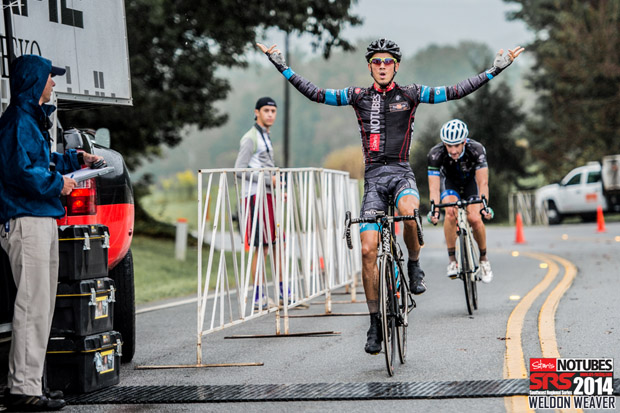 “It’s really nice to finish in Greenville. My wife and I moved here from Michigan because it’s a cycling town,” said 2014 SRS Men’s Pro1/ 2 champion Renkema, who has led the Hincapie Overall points competition all year since finishing on the podium in the first two races of the year in Albany, Ga. “The Southeast Regional Series is a lot more laid back than other events, like the NCC or NRC series. The events are close enough to home that you can leave Friday after work to race. It’s really good competition all year, for pros and for beginners.” 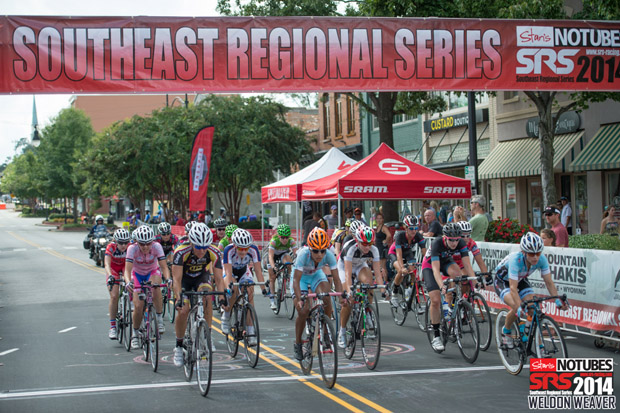 “Albany was really fun, and all the races have been well organized. It has become a very positive experience for me. One thing they do very well is put the women’s (category) fours in their own race. It can be intimidating to start racing with all categories together,” said Floyd, who started racing seriously this winter at age 29 and moved from Cat 4 to Cat 1. She took over the overall lead for both the Hincapie Overall Points and PEZ Cycling News Sprint jerseys after Top 10 finishes at SRS events in both Albany, Ga. and Huntsville, Ala.

High marks were given by racers for the Carolina Tri Downtown Criterium course, held in the popular West End district of downtown Greenville. The one-kilometer, four-turn course with rolling elevation will be used in 2015 for the USA Cycling Professional Criterium National Championships. Greenville had hosted the professional road national championships from 2005 to 2011. 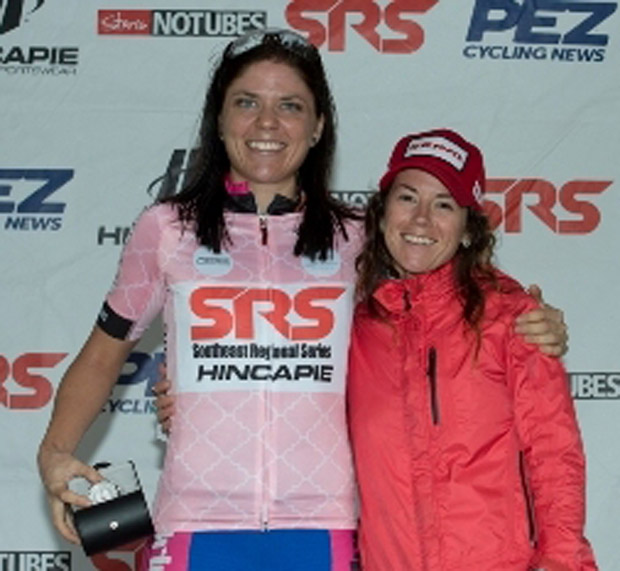 “USA Cycling will be back in Greenville next year for the USPRO Criterium National Championships. We used the SRS event this past weekend to generate awareness and exposure for the 2015 championships. It was a great opportunity for amateur cyclists to ride on the same course that the professionals will race next year,” said Stuart Lamp, Southeast Regional Coordinator for USA Cycling, Inc.

This is the second year Greenville has hosted the grand finale weekend for Southeast Regional Series. The series features a unique Saturday downtown criterium paired with a Sunday road race and is the only elite and amateur road series of events that offers point competitions spanning multiple states in one region. 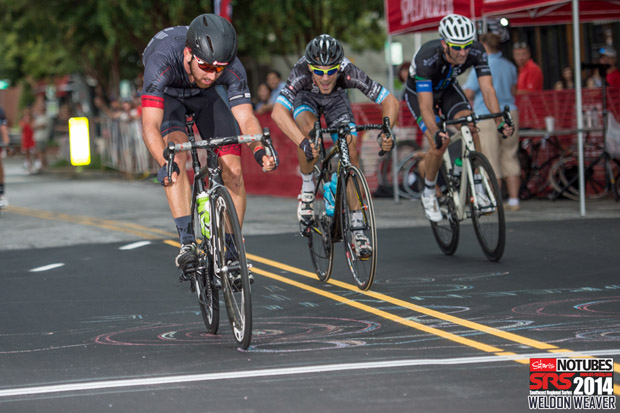 “I think Greenville’s a great city for this race (SRS). It has a great cycling culture. I live here more than anywhere else, about nine months out of the year, so to win this race as a local is pretty nice,” said Lewis, who has competed at the Road World Championships for Australia. “It’s been great to represent my team at big races in Utah (Tour of Utah) and Colorado (USA Pro Challenge) this year, and come back here to race in Greenville.” 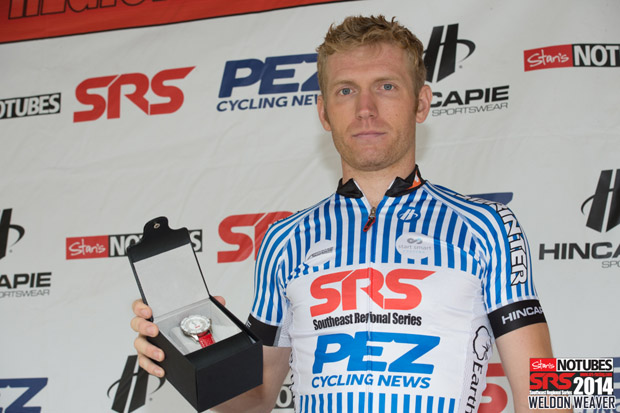 September 14 featured nine events on a 10-mile rolling loop near the Cherokee Foothills Scenic Parkway between Travelers Rest and Tigerville for the Fairway Subaru Road Race. The Men’s Pro 1/ 2 race was won by Stone of Stan’s NoTubes presented by Proferrin, who was second in the criterium. He edged Greenville’s Dulin for a second day, this time Stone taking the road race win and Dulin settling for second place in the road race. Stone’s teammate Matt Moosa (Charlotte, N.C.) was third.

In the Women’s Pro 1/ 2/3 category, Debbie Milne (Greenville, S.C.) of Finish Strong ruled the weekend with victories in both the criterium and the road race. On Saturday, she edged her teammate Jennifer Caicedo (Bristol, Virg.). Third place in the criterium was captured by Furman University freshman Danielle Mullis (Rochester, Mich.), who just returned to Greenville following her first appearance at the Junior World Track Championships in South Korea. At just 17 years of age, she was the top finisher at the World Championships for Team USA. On Sunday, Milne easily outpaced Suzanna Dupee (Carborro, N.C.) of Happy Tooth Women’s Racing and Floyd of Empowerment: Women’s Elite Cycling Team.

SRS held a special Legacy Charter Race on Saturday for youth involved with Momentum Bike Clubs, a community initiative of the Institute on Family and Neighborhood Life at Clemson University in S.C. More than 25 children representing three area teams (Challenge, Legacy, Sterling teams) rode one lap of the criterium race course with Momentum Bike Clubs Executive Director David Taylor. Earlier in the week, a cycling clinic was conducted at the Legacy Charter School in Greenville by riders from the Stan’s NoTubes presented by Proferrin. 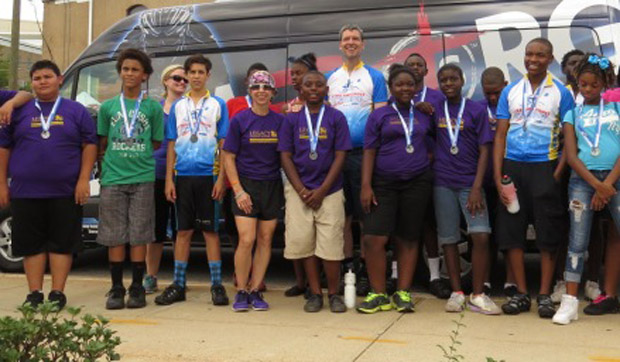 The Southeast Regional Series presented by Stan’s NoTubes awarded over $50,000 in cash and prizes this summer, across five weekends of racing in five states. Special award jerseys were presented on Sunday to the overall points leaders, top sprinters and climbers (male and female). Overall points leaders also received custom Schmitt Jewelers watches ($750 dollar value) to recognize their results as the SRS championships for the year. The schedule and series sponsors for 2015 will be announced in the coming months. 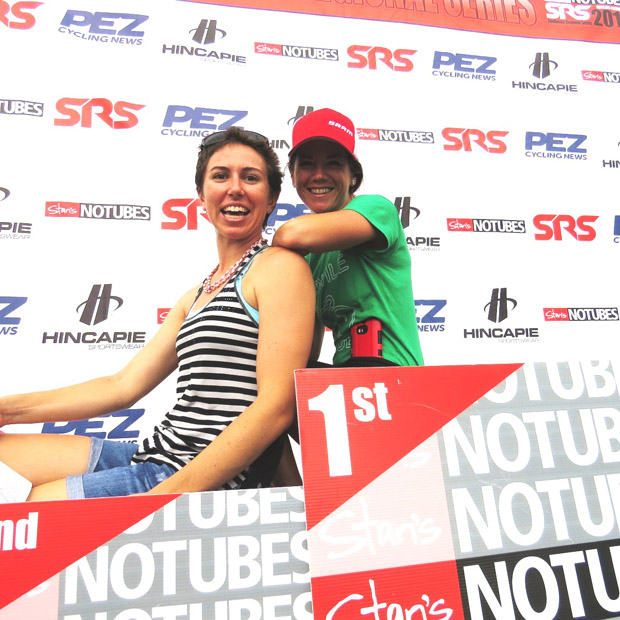 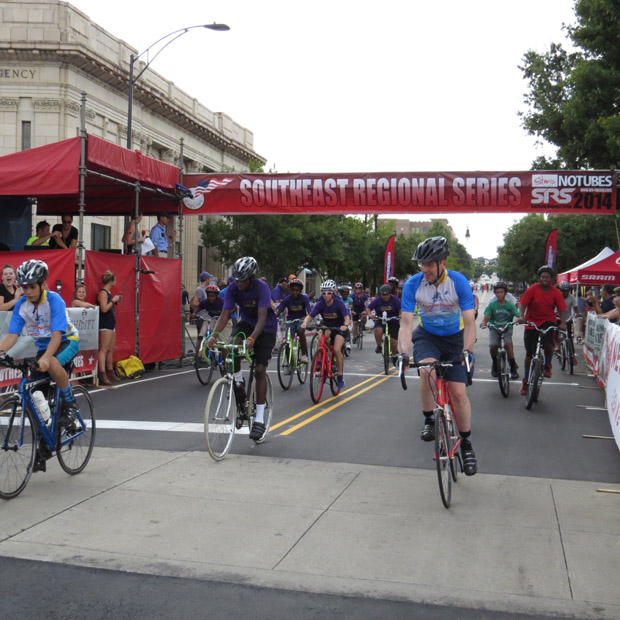 About Start Smart Cycling
Start Smart Cycling, LLC (SSC) is a professional event management and consultation company for the cycling industry. SSC provides planning expertise and on-site event implementation for cycling competitions and related activities across the U.S. In 2010 SSC was founded by President Marilyn Cullinane, who has over 14 years of experience in the cycling industry. Her company has been involved for four years with successful Florida-based events such as the Miami Dolphins Cycling Challenge (ridedcc.com) and The Orange Blossom Special. Cullinane founded the Southeast Regional Series in 2013, the first-ever regional road cycling championship series in the U.S., sanctioned by USA Cycling.