Race Preview: Fresh back from the Tour de France; Ed Hood gives us his thoughts on this Saturday’s San Sebastian Classic. The winner could be a rider with fitness from the Tour or one building up for the Vuelta, but there’s always a tough fight in the Basque Country.

The UCI Word Tour, Clasica Ciclista San Sebastian; San Sebastian-San Sebastian or to give it the proper Basque name – Donostia-Donostia Klasikoa is Spain’s most important one day race.

San Sebastian is a beautiful city, on the Bay of Biscay and built around the crescent of La Concha beach, a centre for art, literature and culinary excellence it was where the Spanish royal family used to spend the summers to escape the searing heat of Madrid. 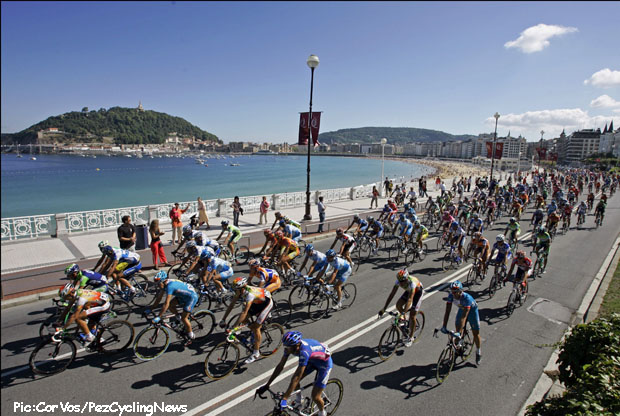 San Sebastian: A day at the beach?

A Young ‘Classic’
Held on the Saturday after the Tour de France finishes it’s a ‘youngster’ of a Classic with the first edition raced as recently as 1981. That year saw Basque legend Marino Lejerreta land the first of the three wins which makes him ‘recordman’ for the race. The tough home parcours suited the ‘Reed of Berriz’ as the Basques called the 1982 Vuelta winner, after his slim build and place of birth. Lejerreta also won in 1982 and 1987 and was second in 1986.

That first edition saw Englishman Graham Jones on the podium in second place – but the race has generally not been kind to English speakers with just (whisper it) Lance Armstrong triumphing for the Anglos in 1995, he was also runner up in 1994. We wonder if he still has the winner’s txepela – the big embroidered Basque beret the winner traditionally receives? 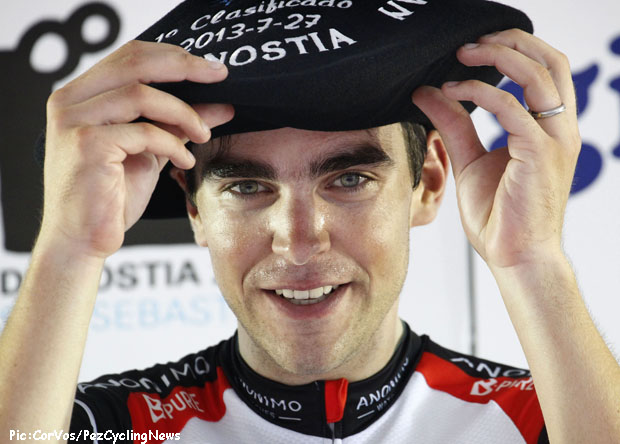 Tony Gallopin with his ‘Txepela’

Whilst the tough parcours suited his style, Sean Kelly only made the podium once, with third place in 1990 – and Australian Simon Gerrans was second as recently as 2012. The names mentioned thus far define the type of rider who will win this race – not one for the ‘pure’ climber but a race in which the hard men who can climb excel in; not unlike an Ardennes Classic rider.

The race’s role of honour is unusual in that whilst ‘Bigs’ like Lejerreta, Miguel Indurain, Gianni Bugno, Adrie Van Der Poel, Laurent Jalabert and Paolo Bettini have all won it there are some less familiar names atop the podium, too. Take 1989 when Austrian Gerhard Zadrobilek won for Motorola – his biggest road win before, against the usual trend, he turned to mountain biking where he had a successful second career.

Or 1992 when tough Mexican Raul Alcala took the honours; the Tour de France stage winner was still winning Mexican titles as recently as 2010 in the individual time trial. And in 1994 it was the hugely talented but equally eccentric – he was a cigar smoker – Frenchman Armand De Las Cuevas who won. 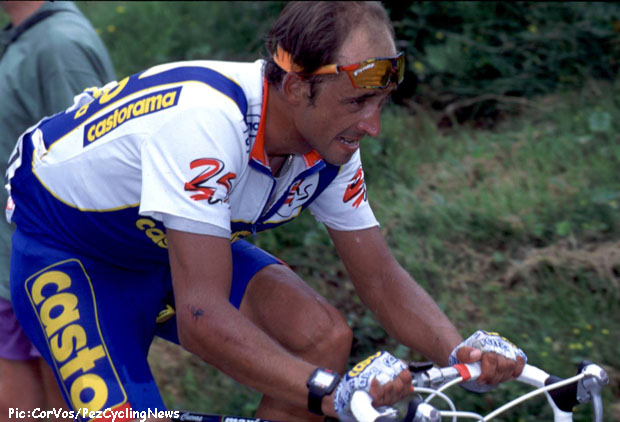 In recent years Spain’s big names have defended home honour well with Alejandro Valverde winning in 2008 after finishing third in 2007 and he was second last year to Tony Gallopin. Tall, slim Luis Leon Sanchez has won twice in 2010 and 2012 with Carlos Barredo taking the honours in 2009.

Parcours
The 219 kilometre parcours are not for the faint hearted, a big loop through the Basque country and then two tough laps of the finishing circuit which is dominated by the famous Alto de Jaizkibel (meaning back of the rock in Basque) climb.

The Jaizkibel is a tough climb, eight kilometres long, exposed with an average gradient of 5.6% and sections steeper than 8% to be climbed twice.

It used to be one ascent but the current obsession with organisers of making races ever harder means that it’s now breasted twice as is the less demanding but still challenging Alto de Arkale.

Contenders
Picking a winner is never easy; the big names may be there on the start sheet but it depends on how they came out of the Tour – many require a rest, not six hours of torture around the north of Spain.

On paper Alejandro Valverde (Movistar) is favourite; he’s been first, second, third and eighth in this race – but was patently ‘running on empty’ in the last days of the Tour de France. Perhaps one of the Spaniard’s ‘Telephone Squad’ henchmen would be a better bet – three times Italian champion, Giovanni Visconti, for instance?

Last year’s winner, Tony Gallopin (Lotto & France) rides again and after a sparkling Tour may well have the morale to defend well.

Omega Pharma – Quick-Step have the versatile and brilliant Czech cyclocross world champion Zdenek Stybar wear the number one dossard but Belgian team mate Gianni Meersman is in fine form, leading the Tour of Wallonia as we go to press and was third here behind Sanchez and Gerrans in 2012.

Tinkoff field aggressive Irishman Nicolas Roche; again it depends how tired he is off a roller coaster of a Tinkoff Tour – but he has two top ten placings here from past editions.

Spaniard Joaquim Rodriguez is another who on paper should be a hot favourite – he has five top 12 finishes here – but when we saw him interviewed before the Tour’s final time trial he was a tired looking man. 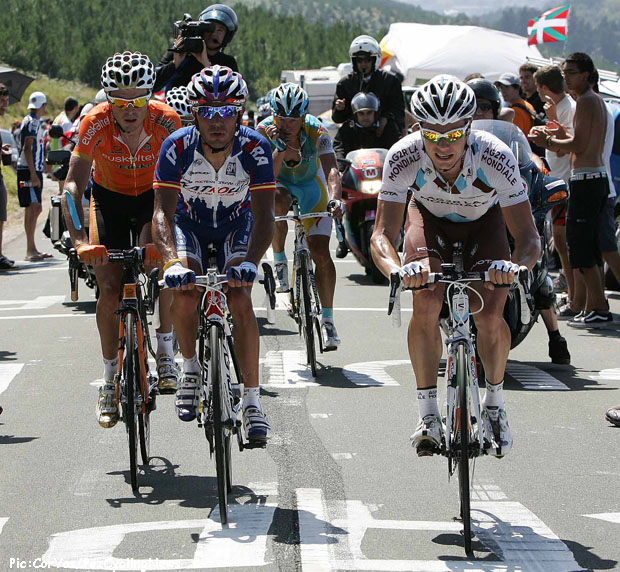 BMC field the ever aggressive Belgian Greg Van Avermaet – the Belgian was third here in 2011 – and up and coming young Swiss Silvan Dillier, another who’s on fire in Wallonia. Trek’s leader is Haimar Zubeldia who rode a good Tour de France, finishing in eighth spot – tired or boosted by home roads?

We won’t know ‘til late on Saturday afternoon.

GreenEDGE had a pretty forgettable Tour de France, partly due to Cav’s taking out of Simon Gerrans on Stage One; but outside the Tour bubble Dutchman Pieter Weening took the Giro della Toscana and England’s Adam Yates the GP Industria & Artigianato. 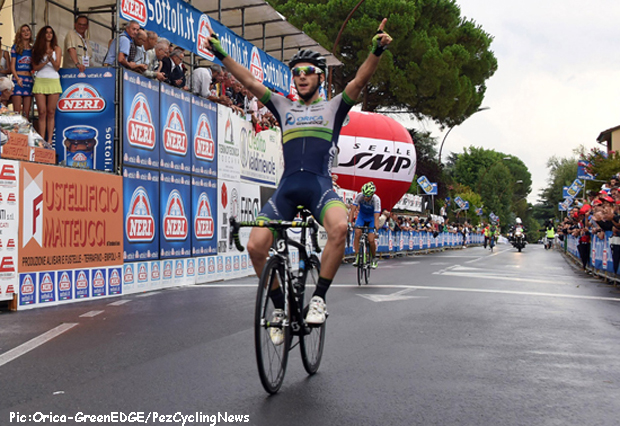 Yates rides in San Sebastian as does his brother, Simon who had to be told by management to leave the Tour de France rather than risk exhaustion – the rider himself was reluctant to do so. Their morale and form are good and they’ll be there or thereabouts.

Dutchman Bauke Mollema (Belkin) has two top ten finishes in the race but again it depends on how he feels after a Tour where he rode the last time trial on fumes.

One thing is certain; whoever wins won’t have had an easy ride to the top of that podium. 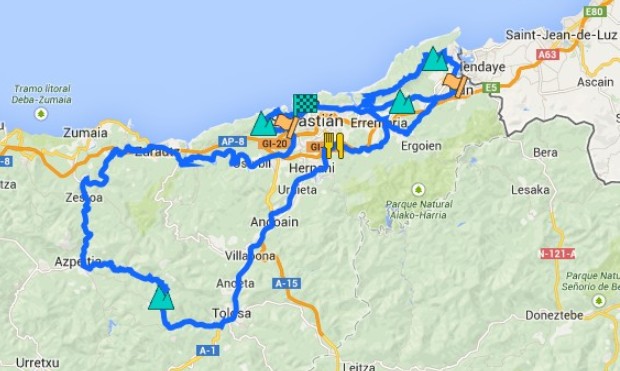