Colin Joyce sprinted to fifth place and kept his grip on the overall lead at the Tour of Alberta presented by ATB Financial after his Axeon Hagens Berman teammates turned in a concerted show of force on a soggy, cool second stage on Friday.

Joyce’s six teammates kept every breakaway in check – with the 22-year-old even infiltrating one escape move himself – during the 182-kilometer race from Kananaskis north to Olds. 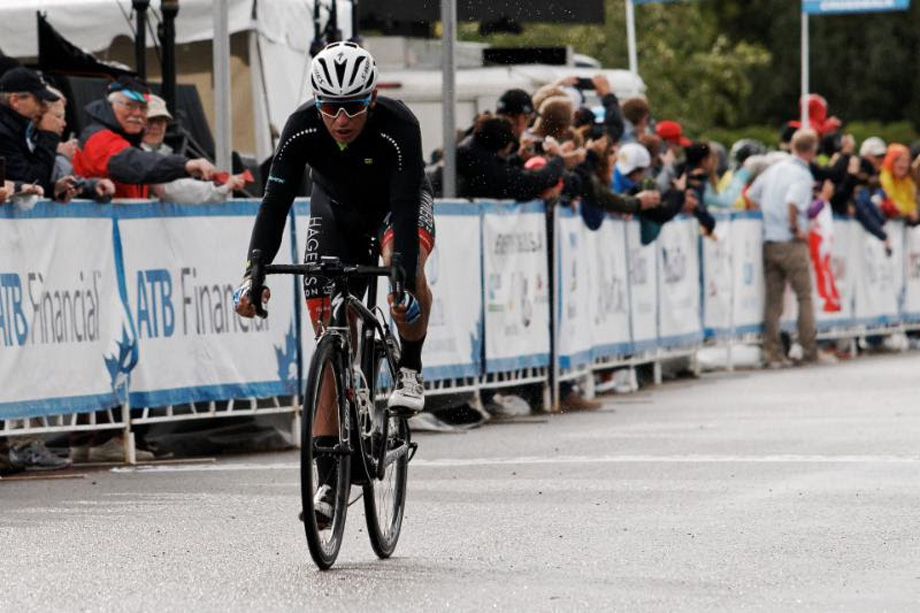 Tanner Putt, who rode for Axel Merckx’s development program in 2013 and 2014, took the stage win for the UnitedHealthcare Pro Cycling Team after joining up with Alexis Cartier (Canadian National Team) on a breakaway the last 75 km of the race.

But it was Axeon Hagens Berman’s Tyler Williams who was the man of the moment in the late going. The recent winner of the Northern California Nevada Cycling Association Elite Road Championship followed an attack by Evan Huffman. The Rally Cycling rider was part of Thursday’s breakaway and sitting just 13 seconds off the overall lead. With Putt and Cartier already up the road, Huffman was looking to snag the four-second time bonus that goes with finishing third while hoping to distance Joyce enough to take the overall lead. But Williams had other ideas.

“When I saw Huffman attack, I knew immediately it was dangerous,” Williams said. “I thought Colin was on my wheel when I jumped across. When I realized we had a gap, it was just about trying to slow him (Huffman) down and neutralize the move. At 500 meters to go, I jumped and knew I had that kind of effort in me to take the bonus. It would have been cool to be going for the win, but it was a really well done day by everyone on the team. So we can all be proud.”

Joyce said he also knew he had to do his own part to hold onto the race lead.

“Coming into two kilometers to go, I knew I just had to go for it,” the Pocatello, Idaho, resident said. “So I just started motoring and caught some individuals that were there. Two Cannondale guys came up and I hopped on them and then Alex Howes started sprinting. So it was basically going all out the last few kilometers to close the gap as much as possible.”

“The weather was pretty brutal for the last couple of hours,” Williams said. “Especially when it got windy and blew to bits. We were able to get Colin in that front split, which took the pressure off of us. From there, it was just a mental game of surviving the cold. The way the race was ridden made defending pretty simple. The speed just carried us through and then everyone contributed perfectly and it made for a smooth day.”

Heading into Saturday’s 181.2-km stage, Joyce holds a seven-second lead over Howes (Cannondale-Drapac Pro Cycling Team) and a nine-second advantage over Robin Carpenter (Holowesko-Citadel Racing Team). The next seven riders are between 11 and 21 seconds off the lead. Williams’s third-place finish shot him from 49th to 12th overall. He and Putt (11th overall, 1:50 back) are the next closest to Joyce after Thursday’s opening stage breakaway by 11 riders put more than two minutes on the field. 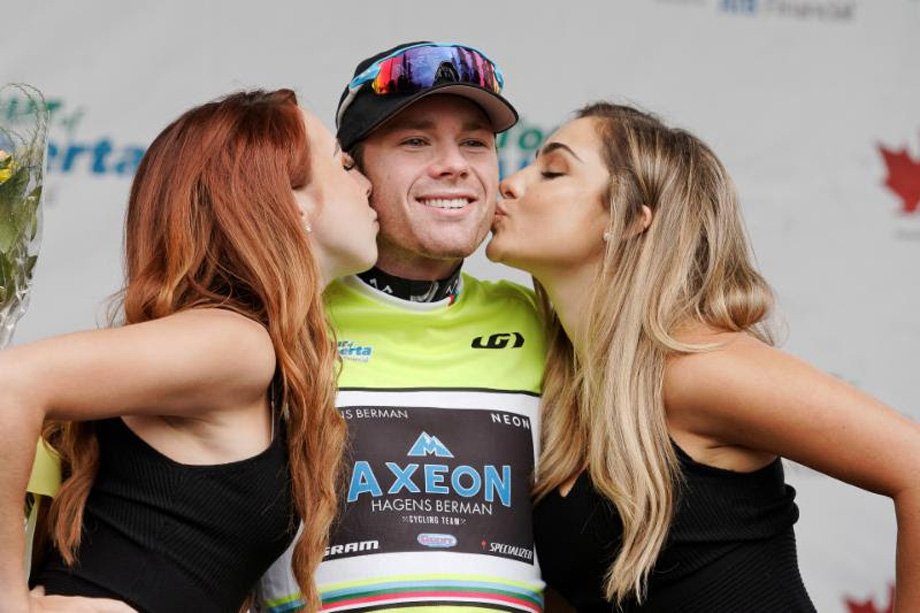