Rally Cycling continues to add to its collection of stars and stripes jerseys. This past weekend in Louisville, Kentucky, Curtis White powered his way to the U23 National Criterium Championship. It is the fourth national championship for Rally Cycling in 2016. Both the men and women’s teams won the National Team Time Trial Championships in April, with Brad Huff claiming the National Criterium title just a day later. The team will now look to build on White’s victory and carry its winning momentum north of the border in British Columbia’s iconic race series, BC Superweek, July 8 -17.

To claim the stars and stripes jersey, White made a bold move in the closing meters of the race. In rain soaked conditions, White attacked before a series of technical corners that gave him a gap entering the final straightaway. White then held off a fast closing Michael Hernandez (CCB Racing) to cross the line first, mere inches ahead of Hernandez. 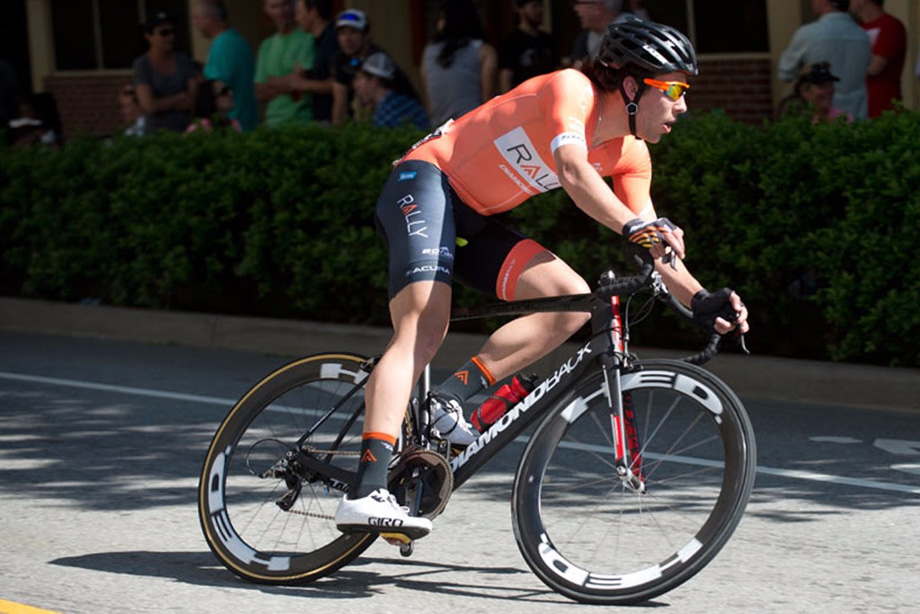 “Winning the U23 National Criterium Championships feels incredible,” said White. “The course was great, and the conditions were epic. The race was aggressive from the gun. Sepp Kuss and I worked well together to make sure we had representation in all the dangerous moves. On the last lap, I took a huge risk, attacking into a series of turns with about 600 meters to go. The pouring rain really limited the speed of the chasers – it just felt like the right time to make my move. Coming across the line it was too close to call, but once the photo finish was confirmed it was a huge relief to know the risk paid off. The support Sepp and I received this whole week at U23 Nationals was fantastic, it was very fitting to pay back those efforts with a stars and stripes jersey.” 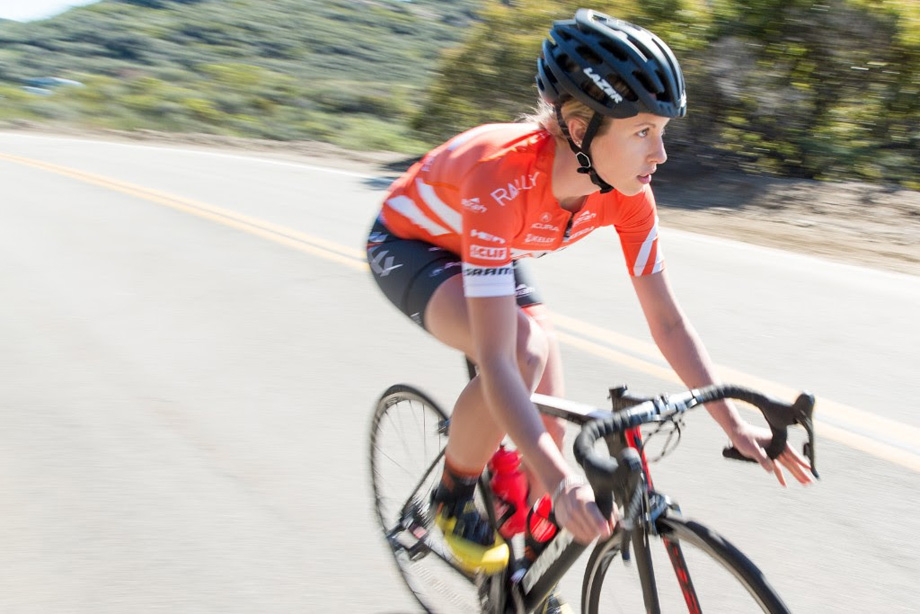 White heads into BC Superweek as co-team leader along with National Criterium Champion Brad Huff and Grand Prix Cycliste de Saguenay stage winner Eric Young. The hard working, dependable Tom Soladay and Will Routley will lead the three sprinters to the line. Routley will also be keen to score a win of his own after being taken down in sight of victory at the Canadian National Championships just a week ago. Rounding out the team is Shane Kline, who continues his return to form after breaking his collarbone earlier this season in Portugal.

BC Superweek is made up of five races all held around the Vancouver B.C. area. The three-day, Tour de Delta kicks off the festivities and includes the UCI 1.2 ranked White Spot | Delta Road Race. The next event is the Global Relay Gastown Grand Prix, which is one of the oldest cycling events in North America and is part of the USA CRITS Championship Series. It also features one of the biggest prize pots in North America. BC Superweek continues with the Giro di Burnaby and the newly minted PoCo Grand Prix, before wrapping up with the two-day Tour de White Rock – featuring the Choices Markets Criterium and the historic Peace Arch News Road Race.

“We are sending one of the best criterium squads assembled in North America to BC Superweek, said Team Director Patrick McCarty. “Top sprinters Eric Young and Shane Kline, current National Criterium Champion Brad Huff, and newly crowned U23 National Criterium Champion Curtis White will make for a formidable squad. We have done extremely well at BC Superweek in the past and will fight for similar results in our first season under the banner of Rally Cycling.”

The women of Rally Cycling will be led by of two of the squad’s top criterium riders, Jessica Prinner and Elle Anderson. All-rounder riders Catherine Ouellette and Hannah Ross, both still on the mend from crashes at the North Star Grand Prix, will join them. Climbing ace and recent dual silver medalist at the Canadian U23 National Championships, Sara Poidevin will race a limited schedule at BC Superweek – focusing on the UCI ranked Tour de Delta.

Tour de Pologne will be Toasting with Astoria Wines