The 21-year-old from Sylva, North Carolina, and his Specialized S-Works Tarmac out-sprinted six others Sunday to capture the final stage of the Tour de Beauce.

In earning a 22-second margin of victory ahead of Hugo Houle (Canadian National Team), Daniel was runner-up on a pair of stages, finished eighth twice and placed no worse than 12th in the five-day, six-stage race in Canada. He won three of the four jersey classifications: yellow (race leader), red (best young rider), and white (points leader).

“This is amazing,” Daniel said. “It shows how great my teammates are. Every lap they were on the front, making sure all the moves were covered. All I had to do was cover Hugo at the end and a few others.”

In his first competition since a stunning solo victory in the USA Cycling professional road championships May 28, Daniel took the race lead Thursday after Stage 2’s summit finish and defended it through to the end as Axeon Hagens Berman rode at the head of the peloton kilometer after kilometer.

“Greg has had an amazing run of form,” Axeon Hagens Berman Sport Director Jeff Louder said. “I think his nationals win was a big boost in confidence and he has seen what is possible. This week, he rode with a lot of confidence and maturity. I think more than anything, he has proven to himself what he is capable of.”

Daniel said he saw his chance to win the final stage with only a few hundred meters to go in Sunday’s 122.4-kilometer final.

“I was feeling good and Hugo went early and it was kind of windy,” Daniel said. “So I waited and waited. I saw the 200-meters-to-go sign and put my head down and gave it my all to the finish line. I was looking down the whole time and hoping no one pass me and they never did.

“I am really happy to deliver this win for my friends, family and the team, which rode so well for me. I just want to thank the man upstairs for making this all possible. It’s a dream come true, really.”

Powless’s victory in the time trial Friday morning ignited a string of unprecedented success over three days in two races on different continents. After the 19-year-old from Roseville, California, led a 1-4-6-8 finish in the race against the clock in Canada, American Adrien Costa and Ruben Guerreiro of Portugal produced a 1-2 finish Saturday in the individual time trial at Tour de Savoie Mont Blanc. Guerreiro also was runner-up in a road race Saturday before Tao Geoghegan Hart kept the winning going on Sunday. The 21-year-old from Great Britain won the final stage in France and finished runner-up overall as Axeon Hagens Berman also took home the team title.

The two wins by Daniel on Sunday made it 13 on the season for Axeon Hagens Berman in UCI competition and 18 overall on the year. General Manager Axel Merckx said he was at a loss to explain the run of success for the American Under 23 development program that has previously sent 18 riders to the WorldTour ranks the past nine years.

“This is beyond anything we have ever experienced,” Merckx said. “This is actually unbelievable. To be honest, I don’t know what to say. I am actually blown away. These guys have been developing so well the past two years. Now they are coming into the maturity of moving up and reaching a level where they are proving to everyone that they are strong riders and able to win races, motivate their teammates and make everyone around them stronger.

“I have said it before: it is not a competition. It is just friendship and camaraderie and the desire and and will to actually make it happen. That is exactly what we mean when we say “Prove It.” 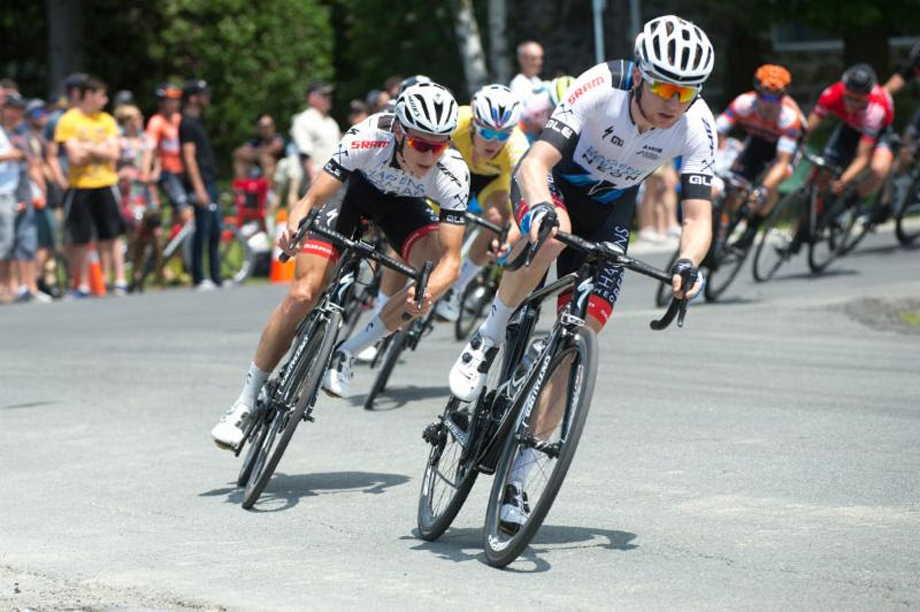