The Axeon Hagens Berman Cycling Team rider was part of a day-long breakaway that started as a seven-man escape and finished with five, 1:14 ahead of the peloton. Mikhel Raim (Cycling Academy Team) took the win by less than a bike length. Chad Beyer (Lupus Racing Team) finished third, two seconds behind. 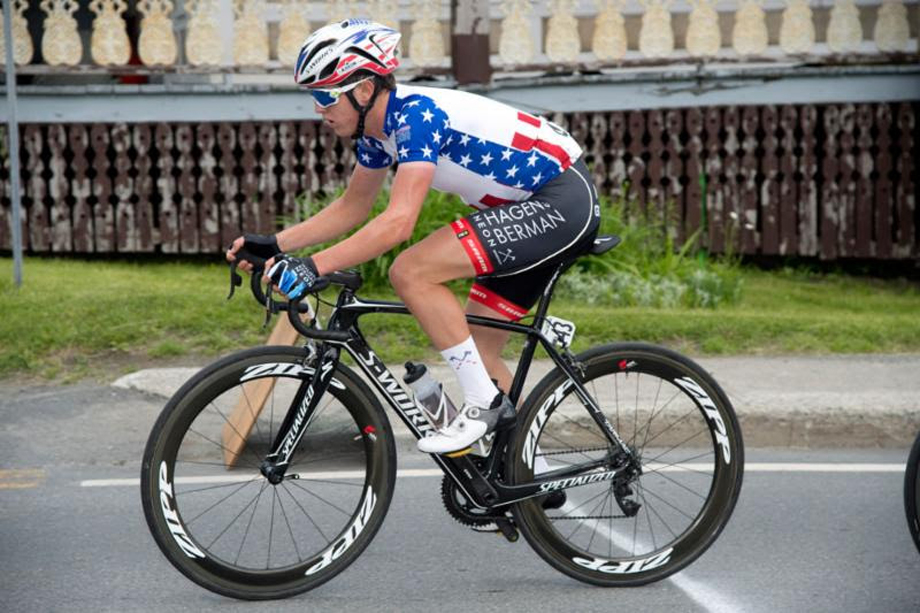 U.S. national road champion Greg Daniel finished runner-up Wednesday
at the Tour de Beauce after being part of a day-long breakaway that survived to the finish.
(Photo ©Casey B. Gibson.)

Daniel – racing for the first time since soloing to the national road title on May 28 – said he knew he had to be in the top three through the final corner in order to contest the win.

“I was third but got pushed out wide, so I started my sprint from the far left side where why wind was coming from,” Daniel said. “That was probably a mistake on my part and a bit of inexperience not taking into account where the wind was coming from. But he (Raim) had a good sprint. I don’t know that I would have beaten him anyway. But when we were climbing, I think I had pretty good legs.”

Daniel was not the only Axeon Hagens Berman rider to finish in the top 10. Neilson Powless won the sprint from the peloton to finish sixth while Logan Owen was eighth.

The 185-kilometer race included eight laps of a circuit featuring several short, but steep climbs. The final 30 km of the course was not part of the circuit but included the last of three categorized climbs.

Daniel was part of a quartet that bridged up to an original breakaway of three about 40 kilometers in. The escape featured a host of impressive talent – four of the seven were national champions – and the seven rapidly built a lead of seven minutes.

“It was a good group to be a part of,” Axeon Hagens Berman Sport Director Jeff Louder said. “Once those four made seven, the gap went out considerably and I was happy with knowing how well Greg could do in a stage race like this. He raced smart and positioned himself well, but Raim was just a little too quick.

“It is a good start to a hard week,” Louder said. “All the guys rode a smart race and I am looking forward to the rest of the week.”

“At that point, I just wanted to ride as hard as possible to gain as much time as we could,” he said. “But there were some games being played so I did not want to do too much work. We lost a lot of of time in the end. But looking back on it, there was nothing else I could have done.”

Thursday’s 170 km stage features the only summit finish of the five-day, six-stage Canadian race. With three riders in the top 10, Daniel said the team will have several options – particularly in Powless, who won the “best young rider” title at the Amgen Tour of California. He also leads the USA Cycling Pro Road Tour standings.

“I think we’re pretty good for tomorrow,” Daniel said. “I certainly won’t want to hold Neilson back because he is climbing really well. I will just try to hang on for as long as possible.” 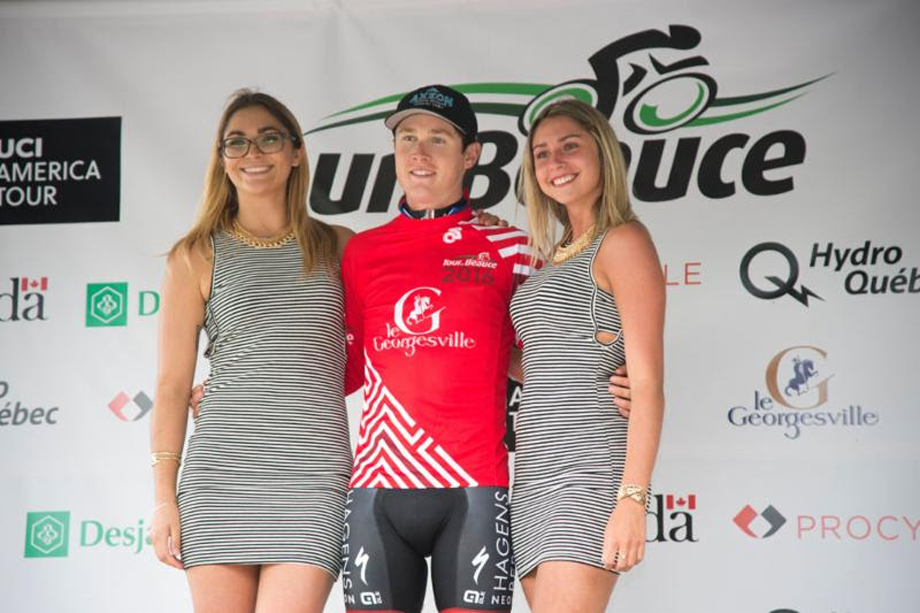 Daniel will wear the “best young rider” jersey on Thursday’s second stage of the race.
(Photo ©Casey B. Gibson.)