The Critérium du Dauphiné, a warm-up race before the Tour de France, begins this year with a 6.6 kilometer prologue through the streets of Valence and our PEZman in France, Daniel Thévenon, was there to soak up the ‘ambience’. Dauphiné Roadside Baby! 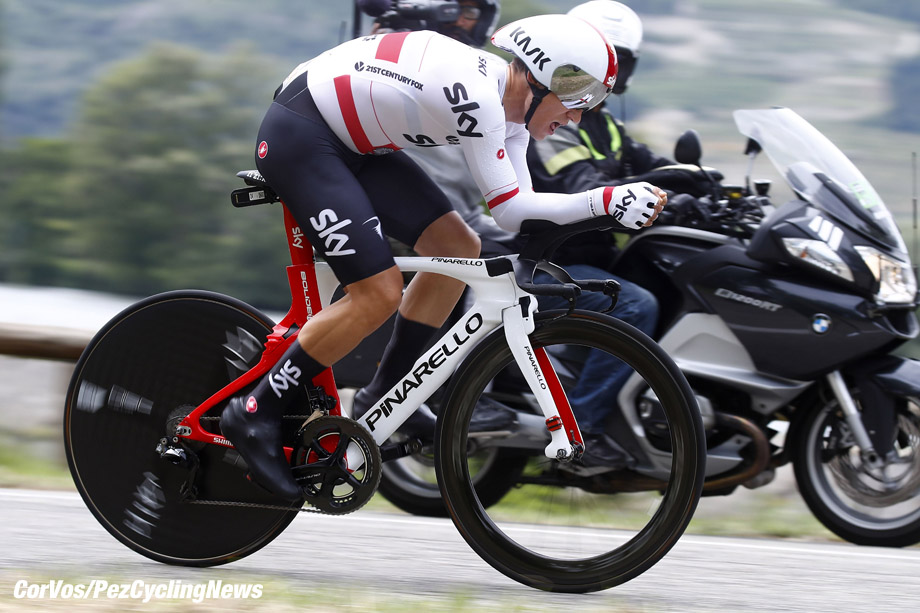 Not all of the hot favorites for this July’s Grande Boucle are here. Some, such as Chris ‘Triple Crown’ Froome, are resting after a grueling Giro d’Italia. Others, like Nairo ‘El Condor’ Quintana or Richie ‘the Tasmanian Devil’ Porte, have chosen to take part in the Tour of Switzerland instead. But there is still more than enough stardust to go by here in the Dauphine’s second largest city: Romain Bardet, the man tipped to succeed Bernard Hinault and become the first French victor of le Tour since 1985, will depart at 13:31 precisely.

The weather is warm and humid. Thunderstorms forecast by experts have thus far failed to materialize. The Grand Depart may still be weeks away but something of July’s magic is already in the air.

Pascal ‘Lights Out’ Ackermann, the sprinter from Kandel in Germany, strikes a pose ahead of the day’s action. 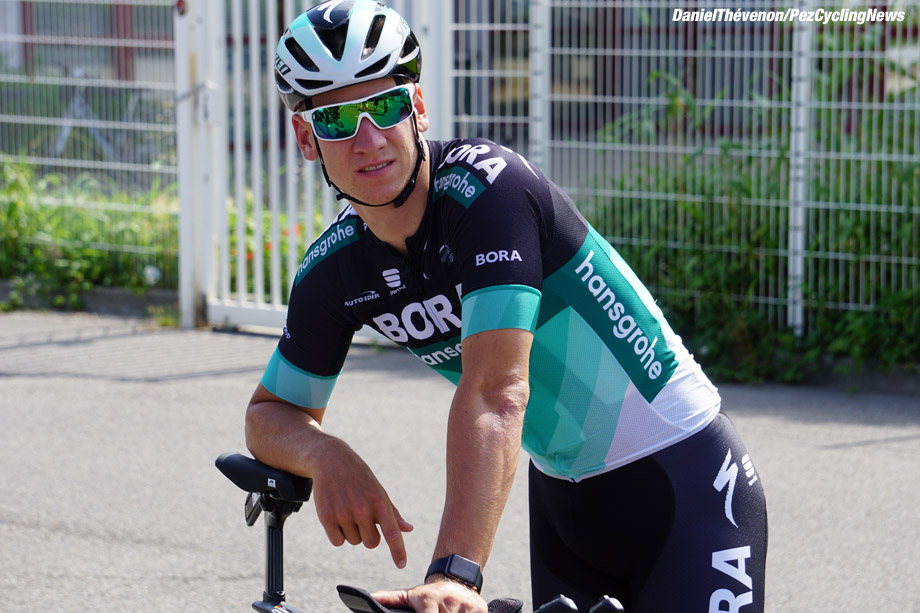 Holding a time trial requires a large cast of characters, each devoted to their specific task, high or low.

First, the commissaires. Headed by the portly Jean-Michel Voets, veteran of many a Criterium, whose name alone is enough to make any directeur sportif tremble, these officials ensure the regularity of the competition. Any bending or violation of the rules will be spotted, recorded, and punished. 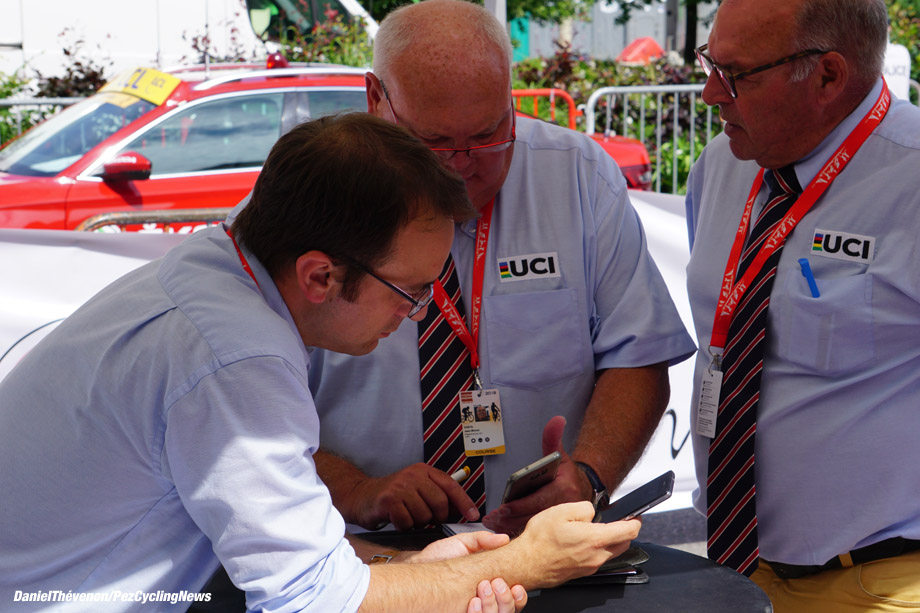 Second, a timekeeper. Stationed on the starting platform, he counts down the seconds separating each rider from his departure in the time-honored histrionic fashion, preferably below the logo of the latest Swiss watchmaker to sponsor the race. 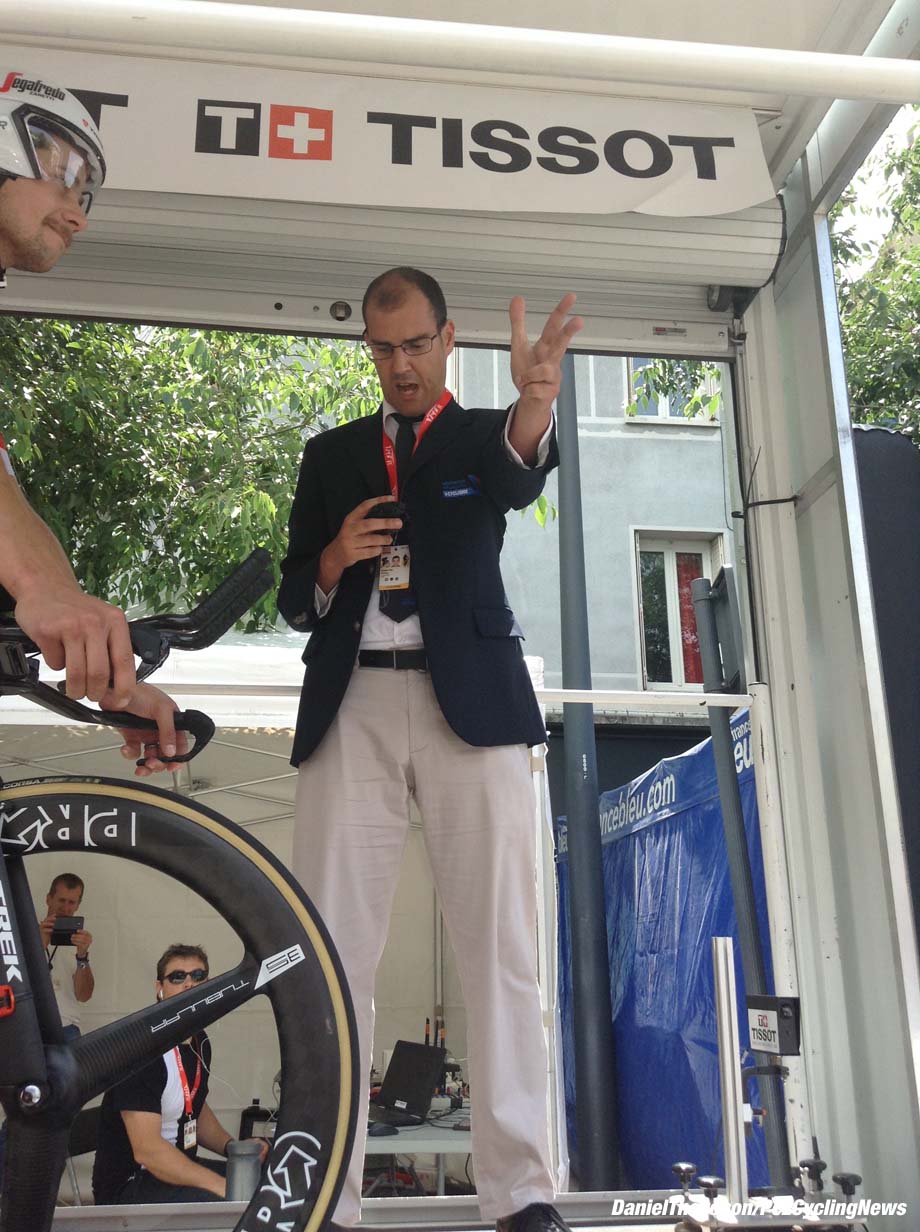 Third, photographers. Recognizable by their blue bibs and snapping, flashing, black-eyed gadgets, they are on hand to immortalize the action. A fierce rivalry between L’Equipe’s trigger-happy photographe and his counterparts from France Soir and Le Telegramme ensures a continuous flow of quality snapshots. Occasionally, actual punches might be exchanged in the “technical area” but it is all out of love for the sport. 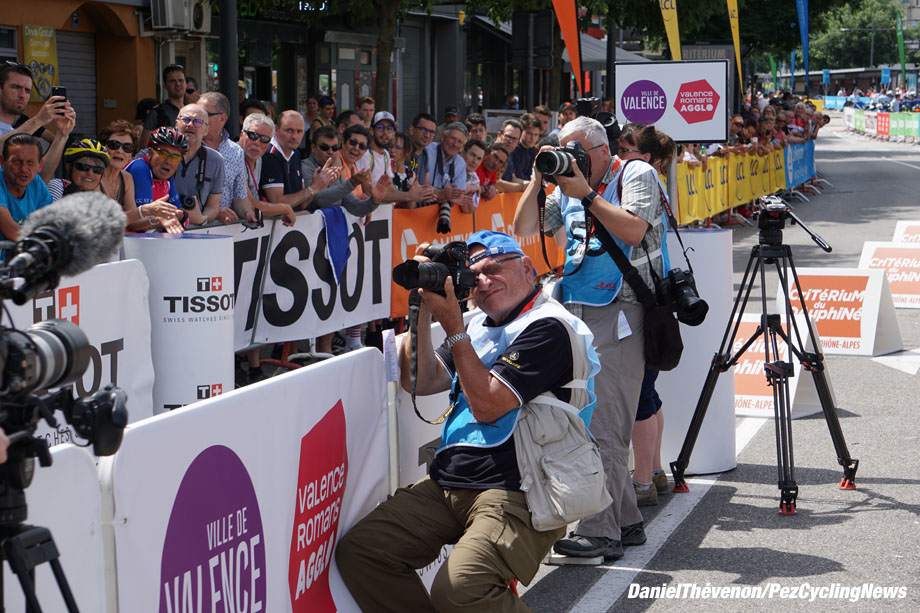 And then, of course, the riders.

Dutch time trial specialist Jos Van Emden grows impatient on his chair. The athlete famous for making a marriage proposal during a similar exercise in the Tour of Italy knows that he has a shot at victory today and is anxious to get started. 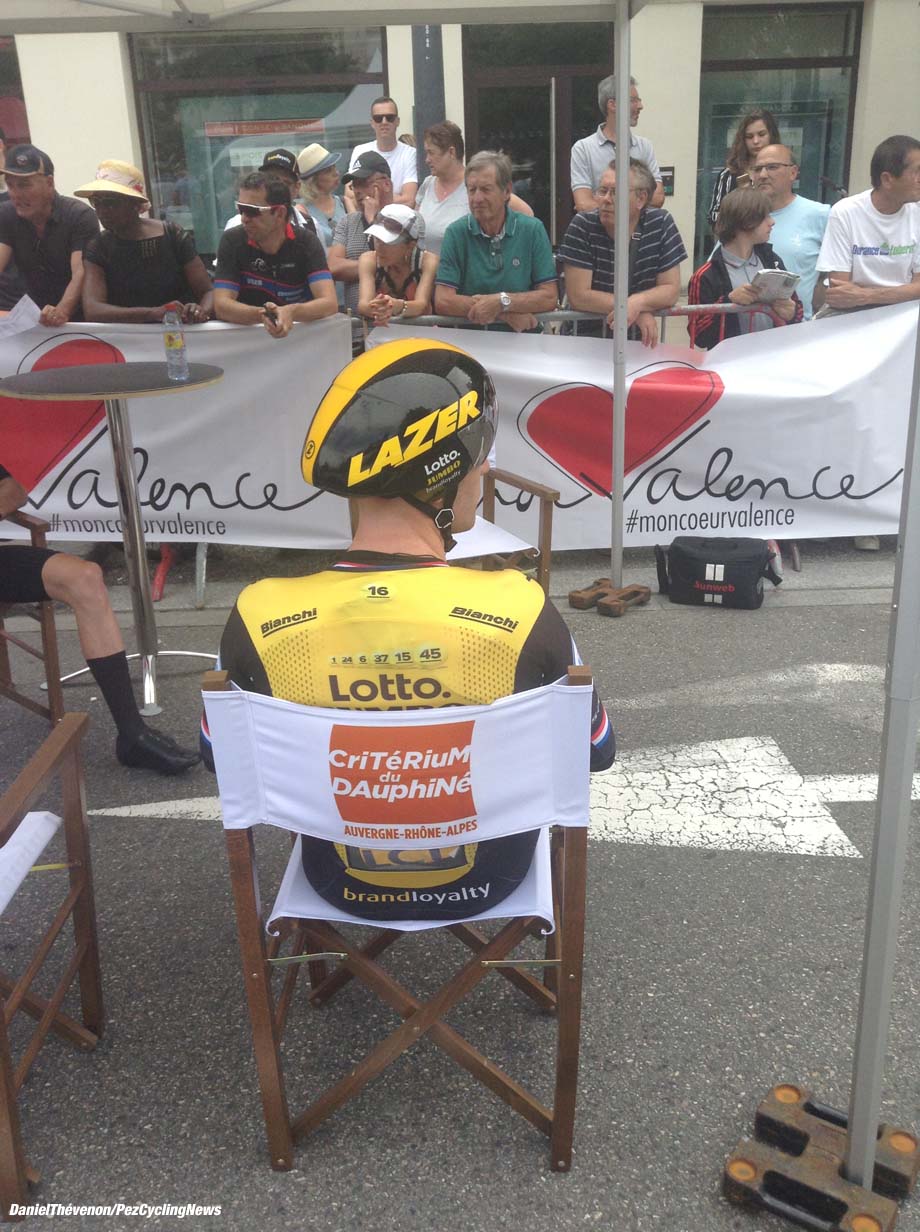 Racing is yet to commence but the riders in the prominent pink of Education First have already caught the eye of this young Valentinoise. The golden age of outrageously kinky cycling kits may belong to the past but Alex Howes and his peers deserve credit for keeping the tradition alive. 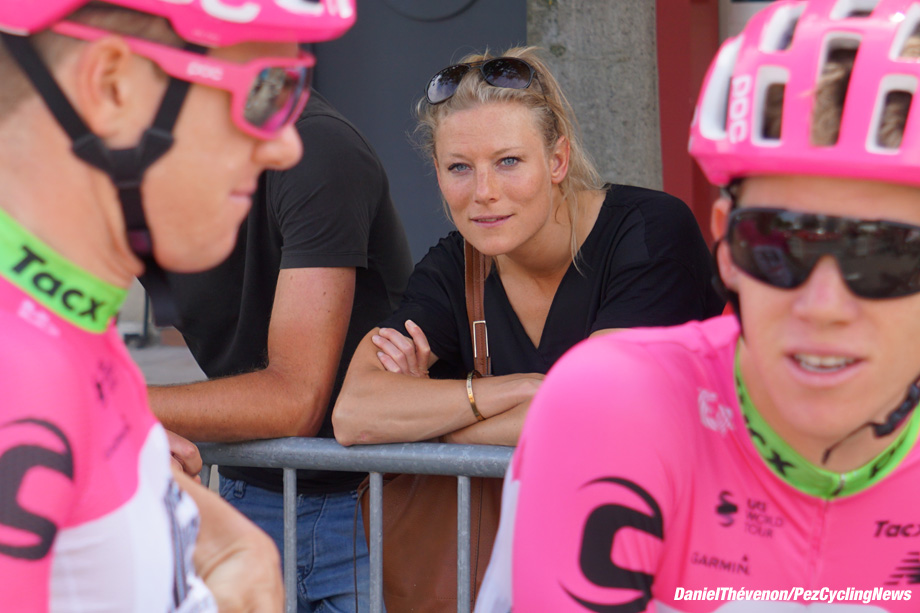 A time trial is the toughest exercise a cyclist can face. The dreaded contre la montre sees each athlete discover the limpid truth about his place in the world, far from the tactical maneuvering of managers and the opaque politics of the peloton. During a time trial, a rider cannot benefit from the slipstream of others or respond to their moves. Instead, he must ride alone and dig as deep as he possibly can. And from this test of will emerges cycling’s real hierarchy. 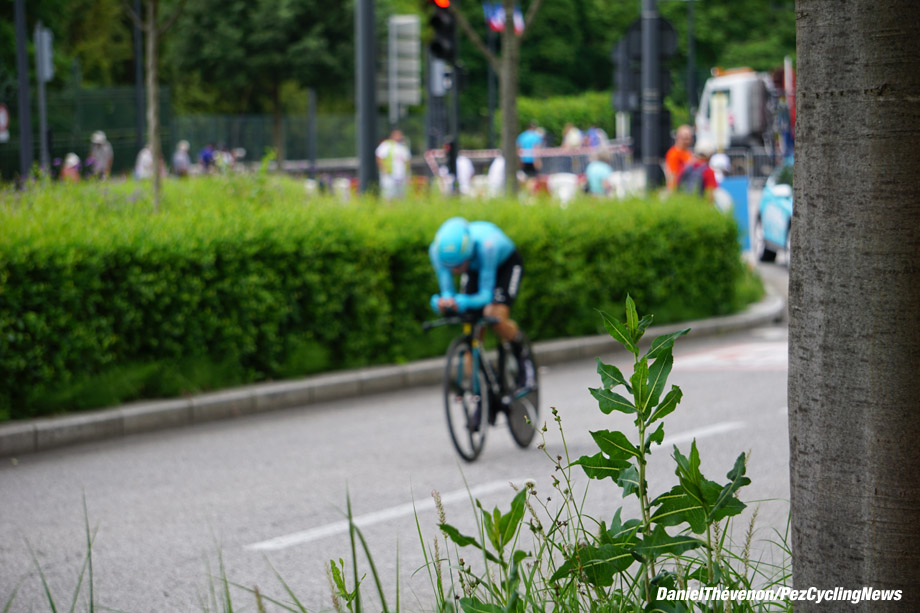 Unsurprisingly, depending on their past experiences, riders display a wide array of emotions before being let loose onto the parcours.

Australia’s Heinrich Haussler wears the grave expression of a soldier heading out to war. Like a French farmboy marching towards Verdun. 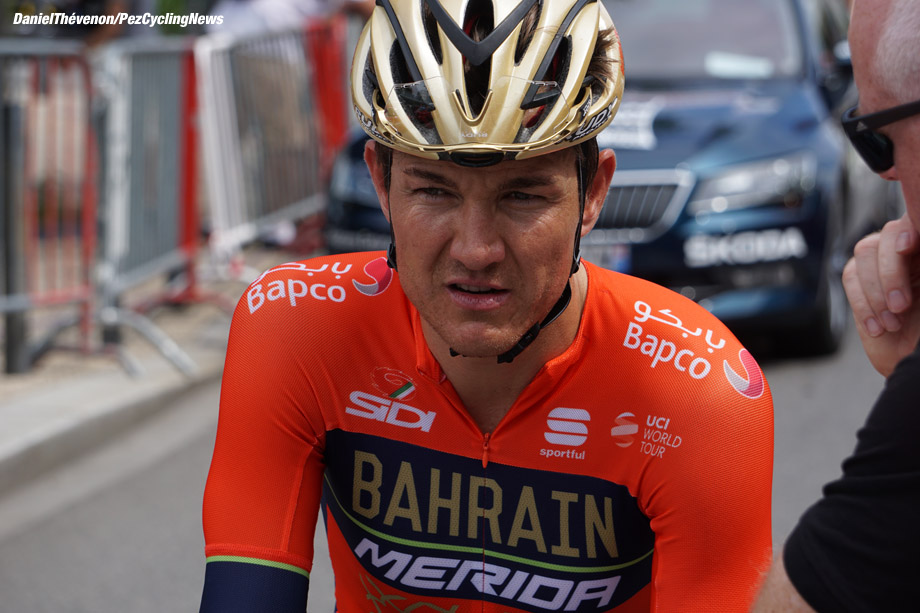 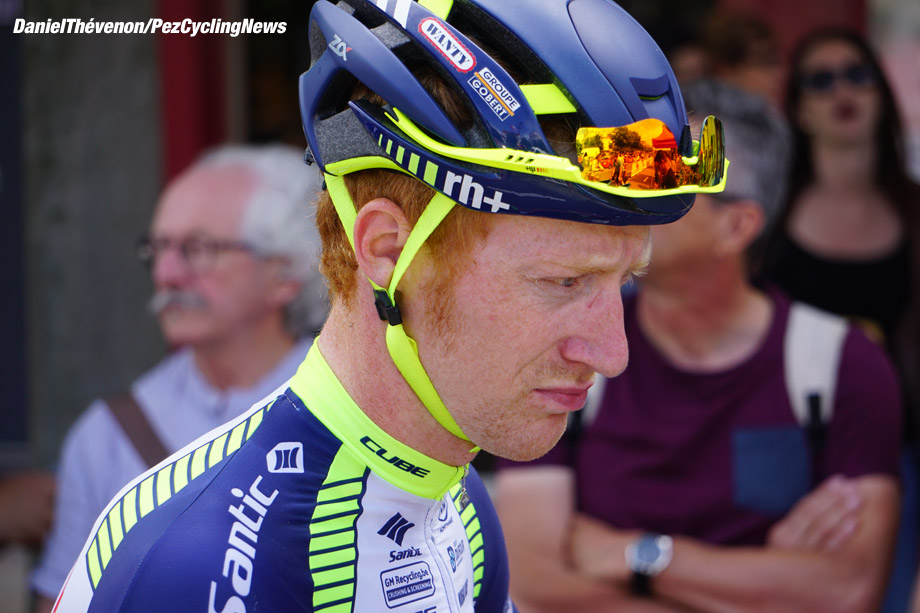 Spaniard Daniel Navarro looks like a man who has just received some terrible news from home and then been told he needed to pay the messenger for his troubles. 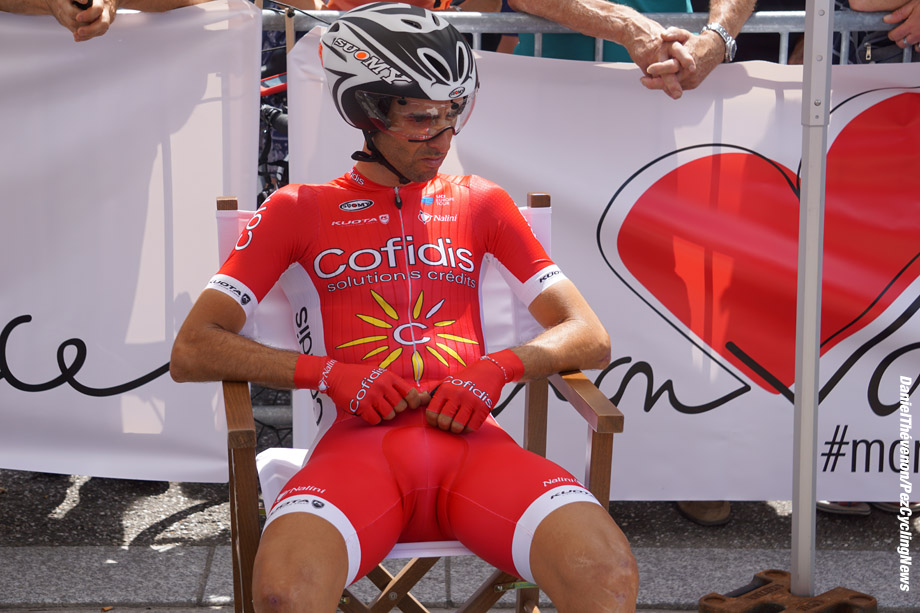 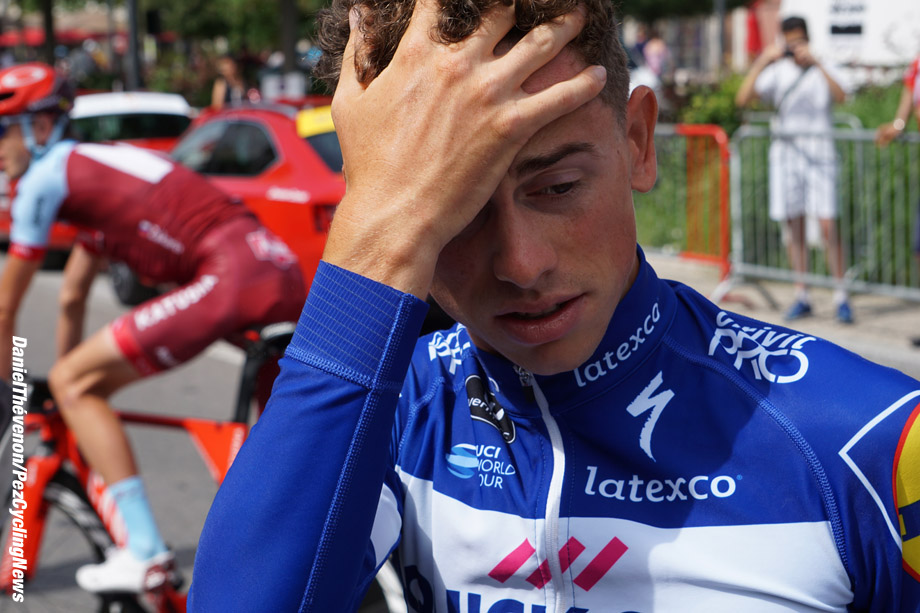 France’s puncheur Alexis Vuillermoz, famous for his victory at Mur-de-Bretagne in the Tour de France three years ago, seems pensive and oblivious to his surroundings. 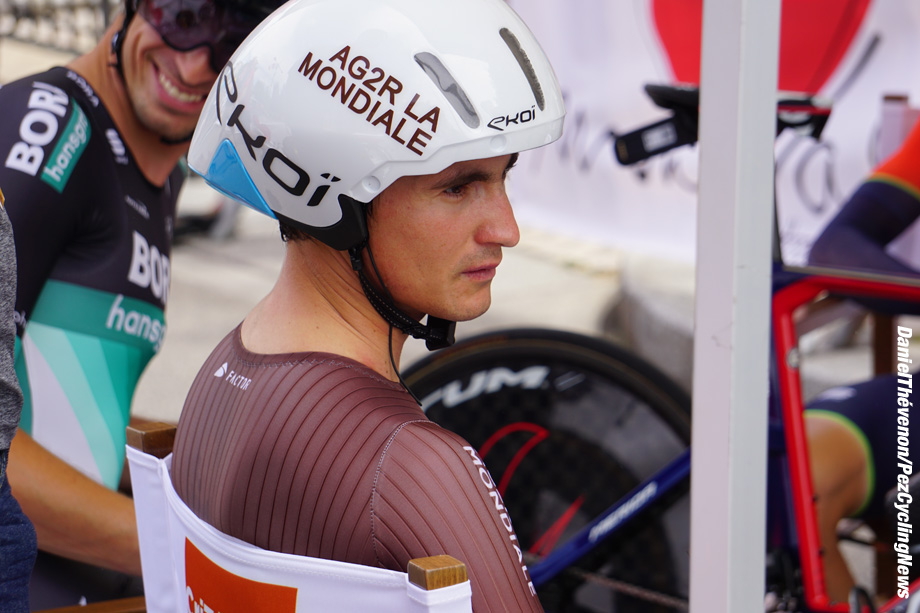 By contrast, Cofidis Solutions Credit’s ice cool Eritrean Daniel Teklehaimanot looks as relaxed as can be. 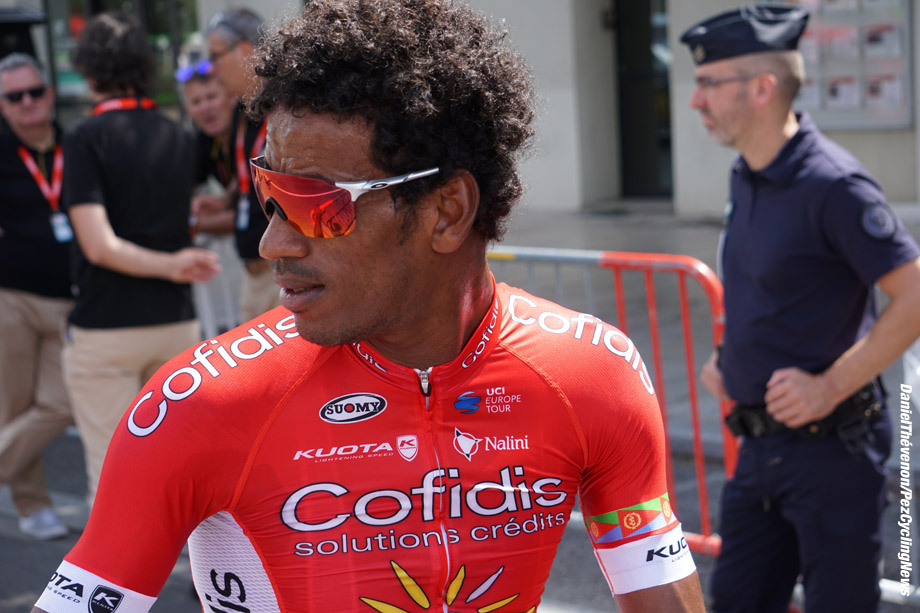 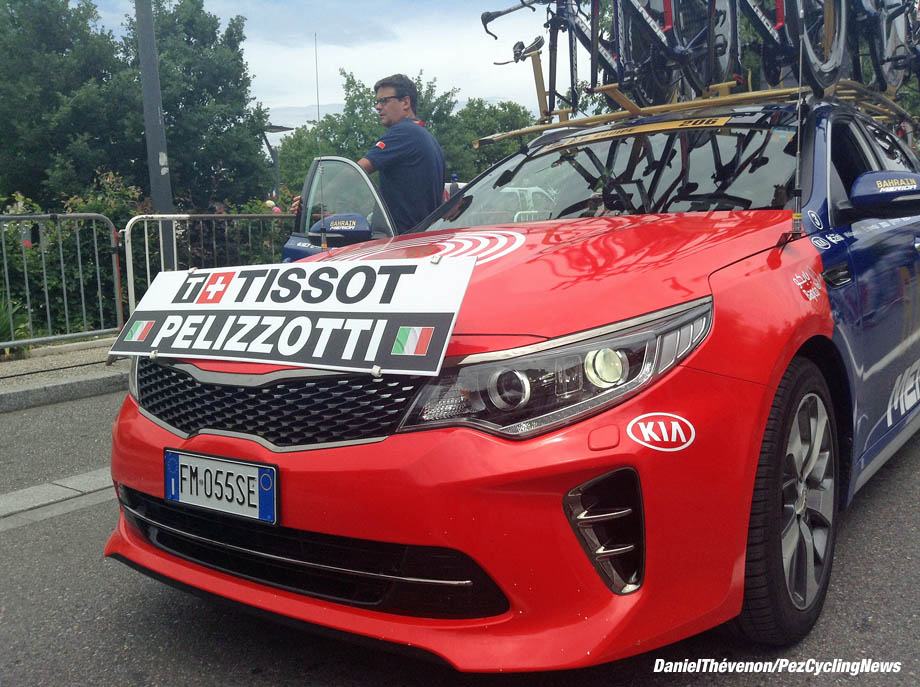 Thomas De Gendt exits the starting blocks at full speed and disappears down the opening straight, followed like his shadow by a car emblazoned with the colors of his team sponsor. In last year’s race, the Belgian baroudeur pulled on yellow right from the start but a flat time trial is not his cup of tea and there will be no repeat of that performance here. 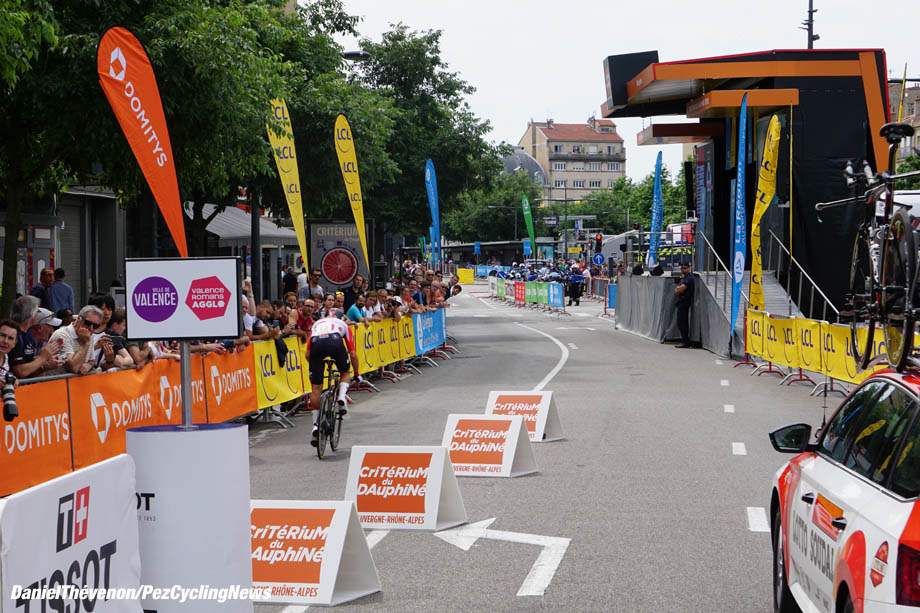 13:29. It is Vincenzo Nibali’s turn on the starting platform. Though the Sicilian’s grasp of French is reportedly limited, he would have been flattered to hear the speaker introduce him as “peut-etre l’un des meilleurs coureurs de tous les temps” (“perhaps one of the greatest riders of all time”). For Lo Squalo, the Dauphine is but a stepping stone on the way to the Tour but the winner of all three of cycling’s Grand Tours may still show his class in the coming days. 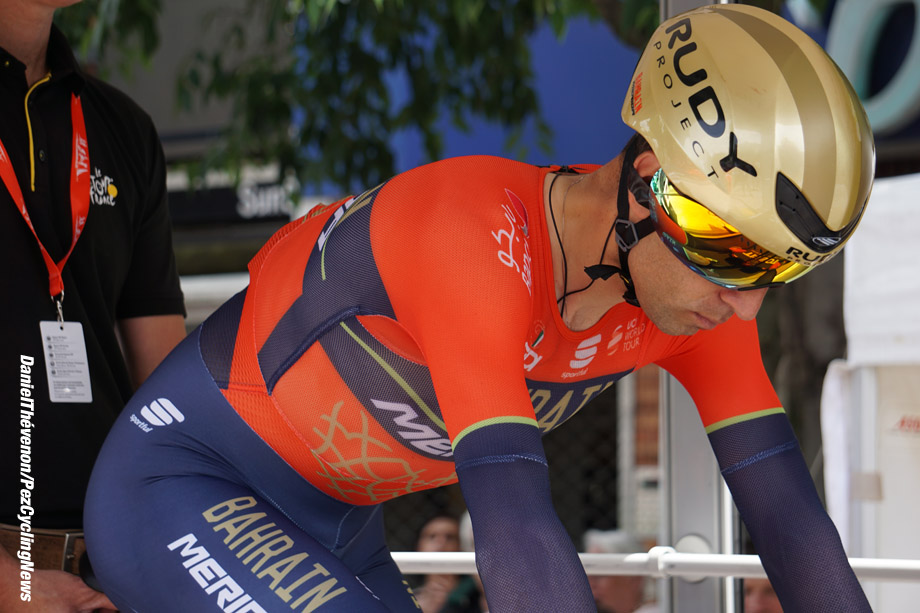 Yet, today Nibali is only the second most popular champion in town. Two minutes after the winner of Milan-San Remo’s departure, local hero Romain Bardet makes an appearance, to rapturous applause. The slim grimpeur looks as nervous and twitchy as ever. At times, he appears to be in a trance, like a man forever fated to carry France’s lofty expectations on his frail shoulders. He will not rest until the maillot jaune is his, but can the man from Auvergne truly topple Froome and the other giants? This crowd certainly believes so. 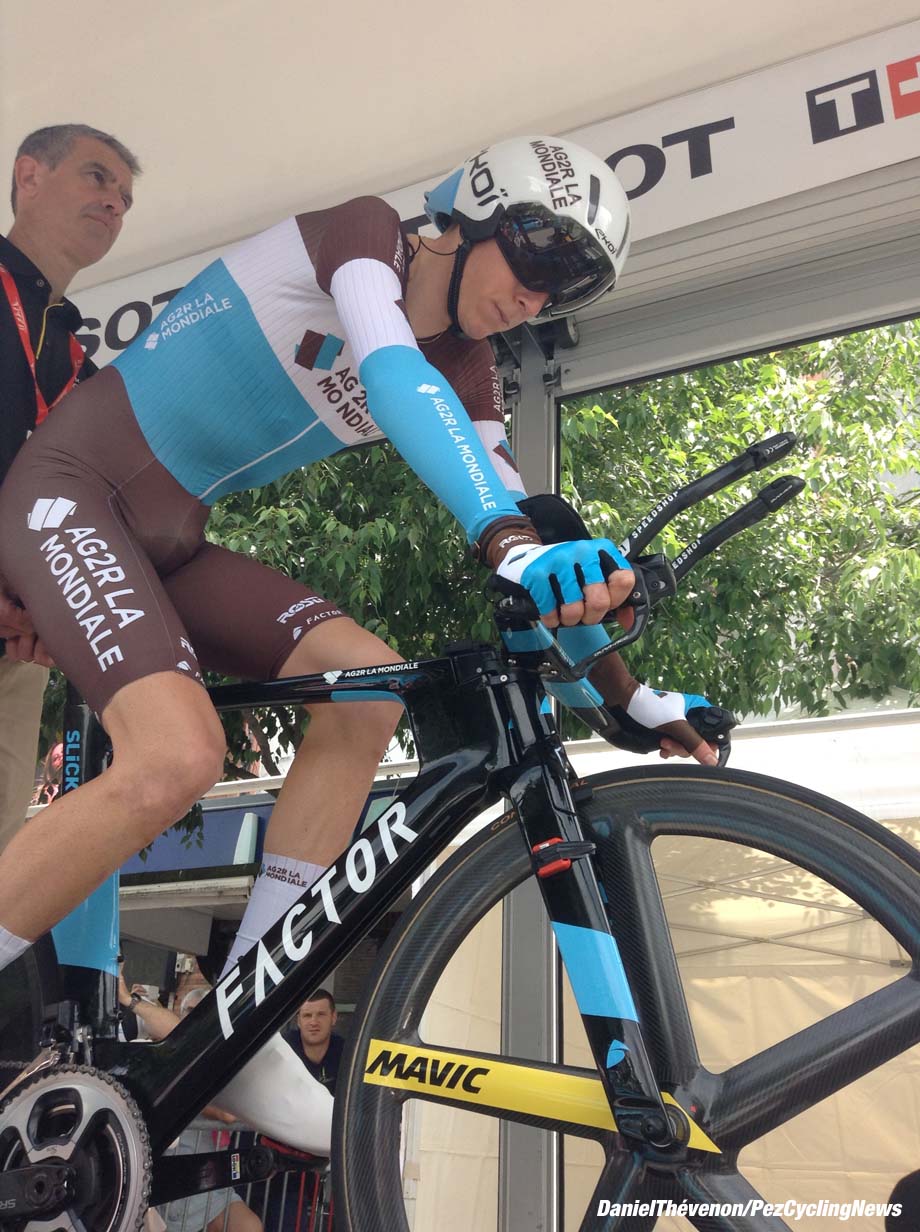 Tour de France contender Dan Martin battles his way to the finish, conceding 29 seconds to the day’s winner. The feisty Irishman will be looking to the mountains to make up the lost ground. 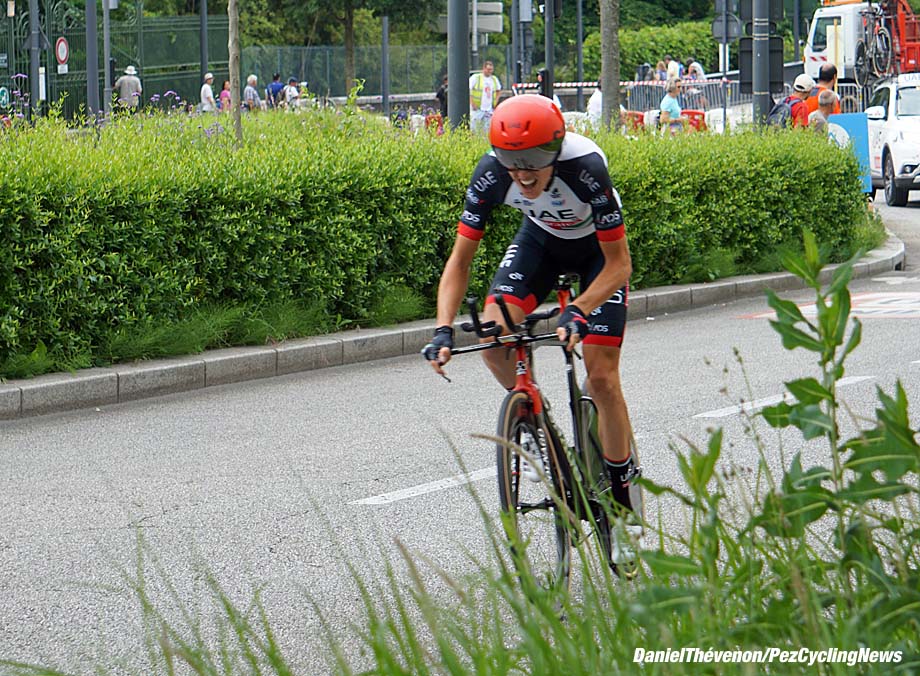 Astana’s Hugo Houle, the last rider to depart, crosses the finish line in 50th place. Filling the shoes of last year’s winner, the absent Jakob Fuglsang, has proven a step too far for the combative Canadian. 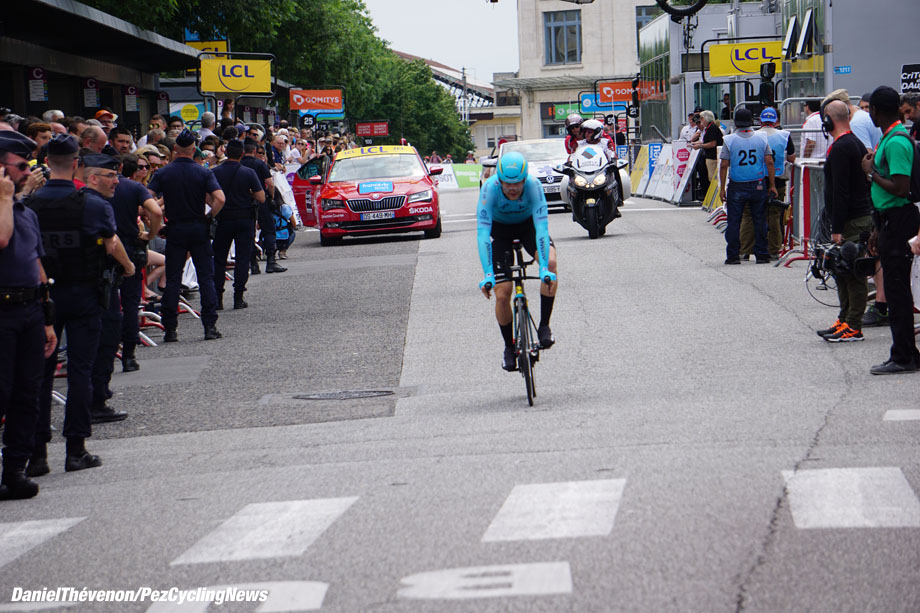 PEZ Look Back: On The Startline At The Dauphiné 2013!