Evan Huffman stormed to victory today in stage three of the Tour of Alberta. Huffman raised his arms in victory after outsprinting Robin Carpenter (Holowesko – Citadel) in a two-man duel on the technical finishing circuits in town. The stage victory moved him into the lead in the general classification as well as the points competition. 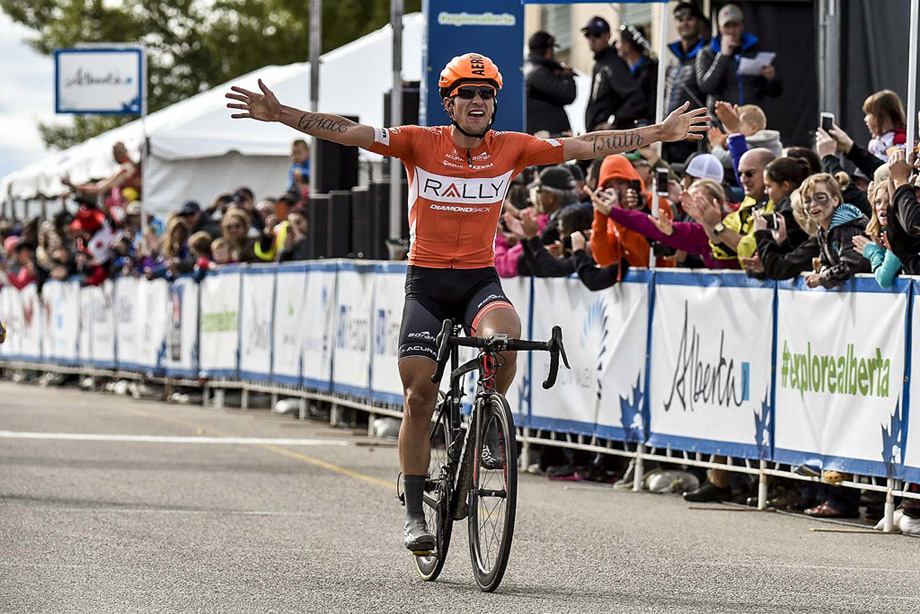 “I felt the circuit was really hard and on the uphill section there was some crosswind, which made it difficult for teams to get organized,” said Huffman. “I attacked and Robin bridged across which created a good opportunity for the stage win and general classification. The two of us worked well together and drove it to the finish. I was a little surprised to beat him in the sprint. It was a technical finish with two corners just before the line. I knew I needed to be in first position coming out of the final corner so I started the sprint right before and it worked out.” 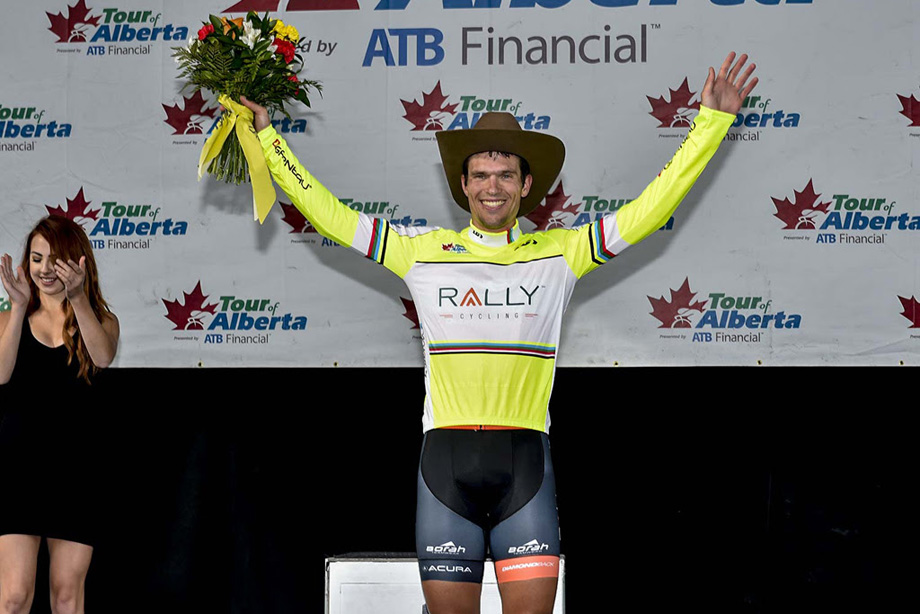 Evan Huffman on the podium in the leader’s yellow jersey

The third stage of the Tour of Alberta was 181.2 kilometer run from Rocky Mountain House to Drayton Valley. The primarily flat route was marked with a 6-kilometer section of gravel, cool weather and unpredictable winds. The peloton remained intact until 70 kilometers into the race when a seven-man break went up the road. Infiltrating the breakaway for Rally Cycling was Danny Pate. With Pate up the road, the rest of Rally Cycling set about protecting Huffman, who started the day fourth on general classification.

The breakaway stayed clear until the first of three 4.2 kilometer circuits around the city of Drayton Valley. As the breakaway was caught, Huffman launched a powerful attack that only Carpenter could follow. The duo worked well together to establish a 20 second gap before Huffman outkicked Carpenter to take the stage win and overall lead. The win also gave Huffman the green jersey as the leader of the points competition.

“The first hurdle of the day was the 6 kilometer gravel section, and the team did a great job of keeping Evan safe through there,” said Team Director Eric Wohlberg. “Immediately after that we had the first King of the Mountains that kept the speed high. In fact, there was a lot of action all day, the pace never really let up. Danny did a great job in the breakaway and that took a lot pressure off the team. When we got to the circuits, Evan was composed and focused. He saw his chance and put himself in yellow.” 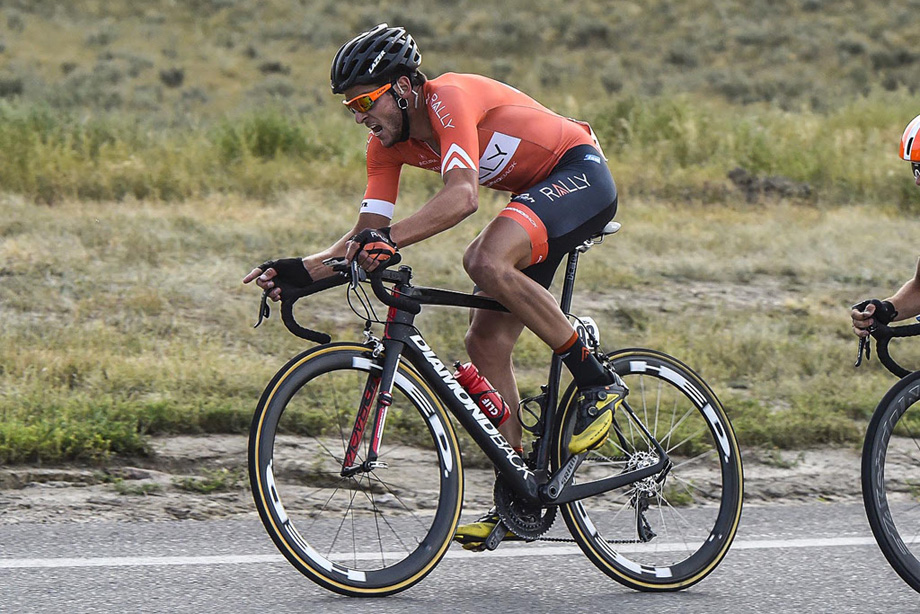 Pierrick Naud was forced to abandon after a heavy fall

Despite Huffman’s win, the day was not without its downside as Rally Cycling lost two crucial riders on the way to Drayton Valley. Finding the pace a bit too much after yesterday’s tough weather conditions, Tom Soladay lost contact with the peloton and was forced to abandon. Then, halfway through the stage Pierrick Naud was involved in a crash and suffered deep lacerations to his knee. Forced to abandon the race, Naud was taken to a local hospital for examinations. Although requiring stitches, there is no permanent damage.

The Tour of Alberta continues on Sunday with a short 12.1 kilometer time trial. When asked what his expectations were for the stage, Huffman said “I will be disappointed with anything but the win.”