We’ve heard from Ed Hood working in the bowels of the London ‘6 Days’ in his Part 1 and Part 2, so now it’s time to hear from a fan in the velodrome. Here’s what Sam Larner’s first visit to the wooden track looked like.

I have to confess, two weeks ago, I was a 6 day virgin. The idea of watching cycling and drinking beer appealed to me but I’d always combined it with the sunny climbs of the Tour de France rather than the hot, sweaty velodromes of Europe. After getting a free ticket for all 6 days I decided to head down to the London Olympic Velodrome and get stuck into the atmosphere of the event. 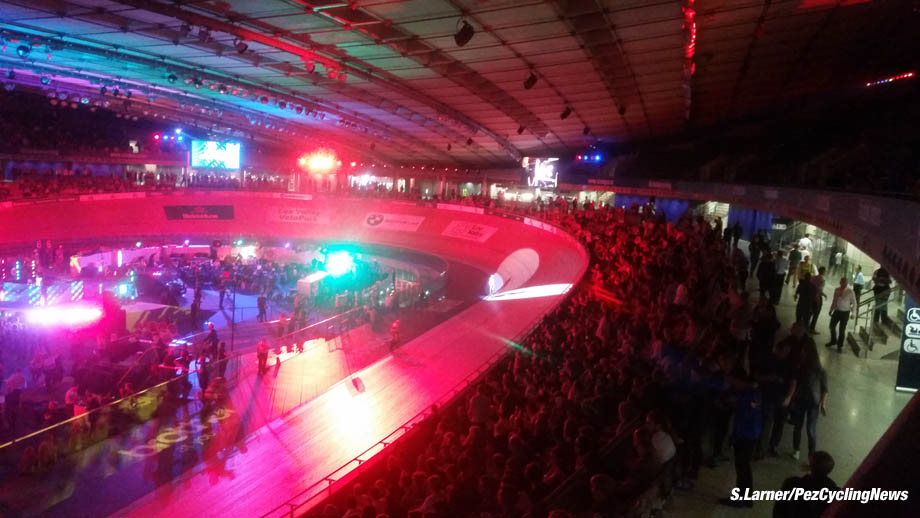 It’s important to note first that the velodrome is miles away from anywhere. It’s stuck in the middle of the Olympic Park, which during the Olympics was bustling with people and excitement, but away from that occasion it’s just a big venue in the middle of nowhere. The other issue is that the events started at 17:30 which was far too early for most people to get there, but I guess they had to have it all finished in time for people to get home before the tube stops. 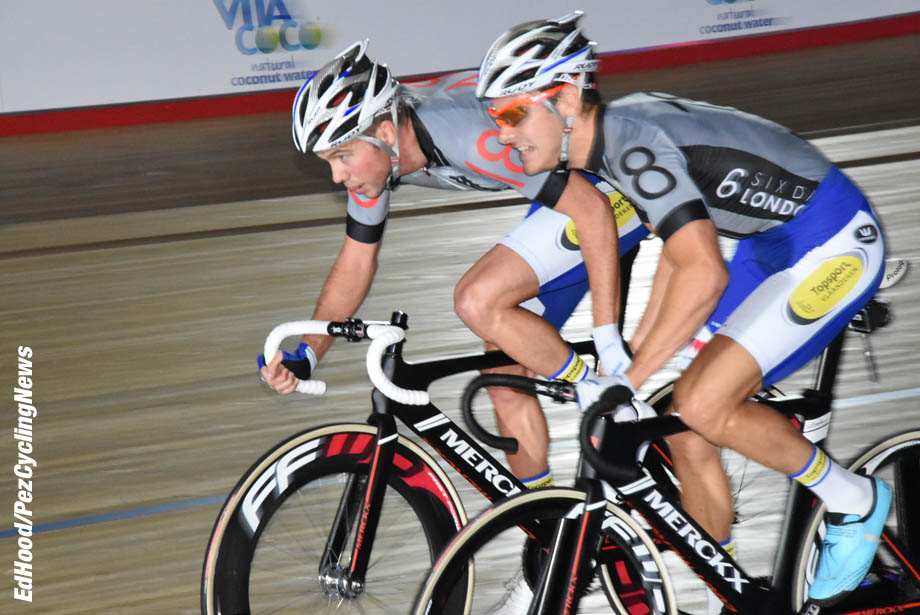 The immediate problem I found when I got into the velodrome was the atmosphere… no smell of cooking meat, no smell of smoke and beer fumes. Like a lot of things in British cycling it was overly sanitised with £5 pints and vegetable curries rather than traditional hot dogs. 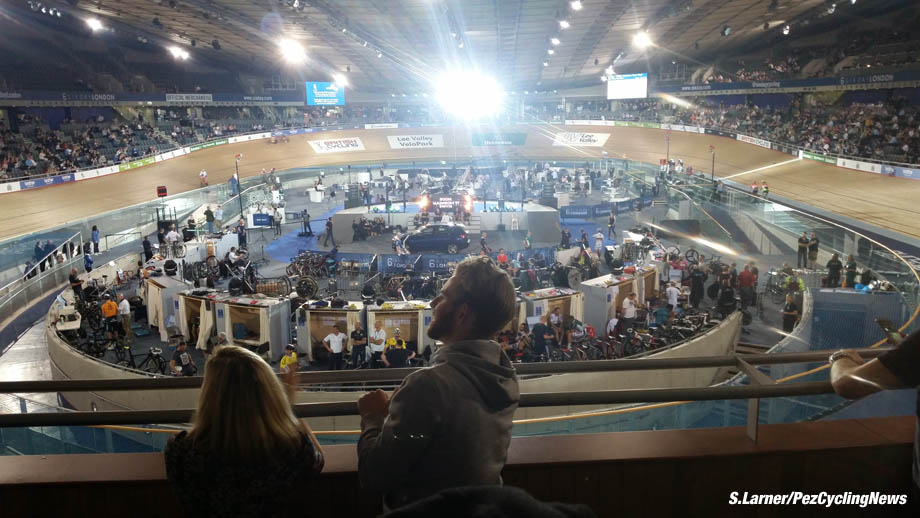 The big name riders were missing from the event. Bradley Wiggins and Mark Cavendish had been the original draw but Wiggo had ducked out early and Cavendish was still suffering from his Tour of Britain injuries so he was demoted to an occasional summariser role in the track centre. Despite this the Manxman was still being used on all the marketing material… 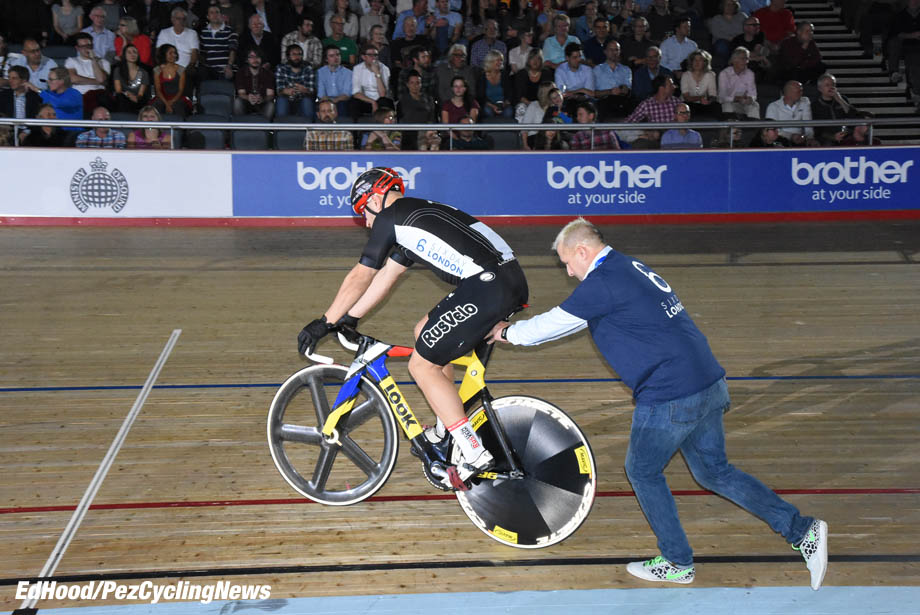 At the moment it looks like I’m being incredibly negative about the 6 day and, it’s true, that after watching the Monday night racing when the crowd had been exceptionally sparse I had left disappointed. Track racing relies on a great atmosphere and if that’s absent it can be pretty dull. There’s only so many ways someone can ride around a track in four hours. 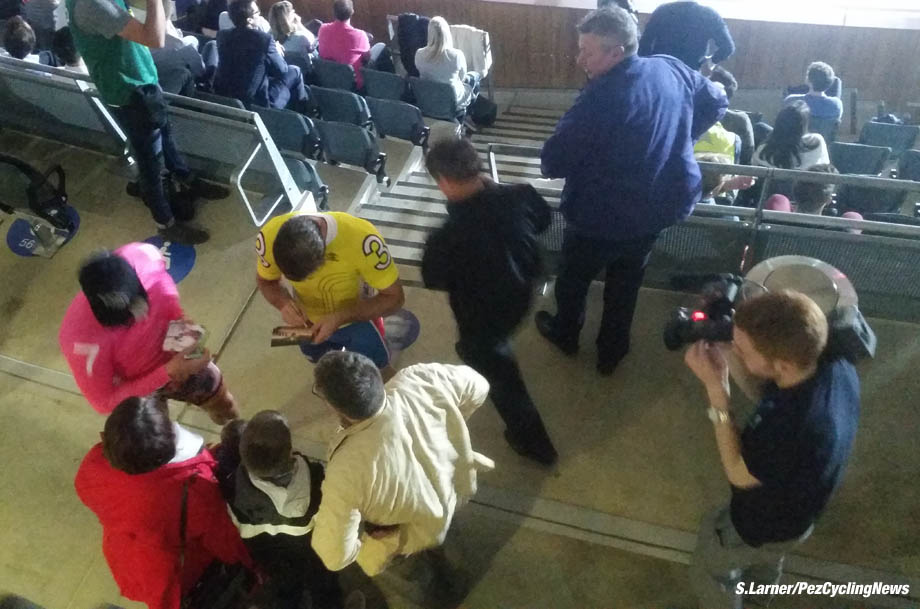 During the derny event, nine riders are paced behind a derny for 40 laps, I was asked to explain what was going on by a woman beside me. I explained, but as one of the simplest races on the schedule I worried for her when we got to the madison elimination later that evening. I went downstairs for a pint but she was gone by the time I returned, no doubt trying to find some internet signal so that she could try and learn the events. 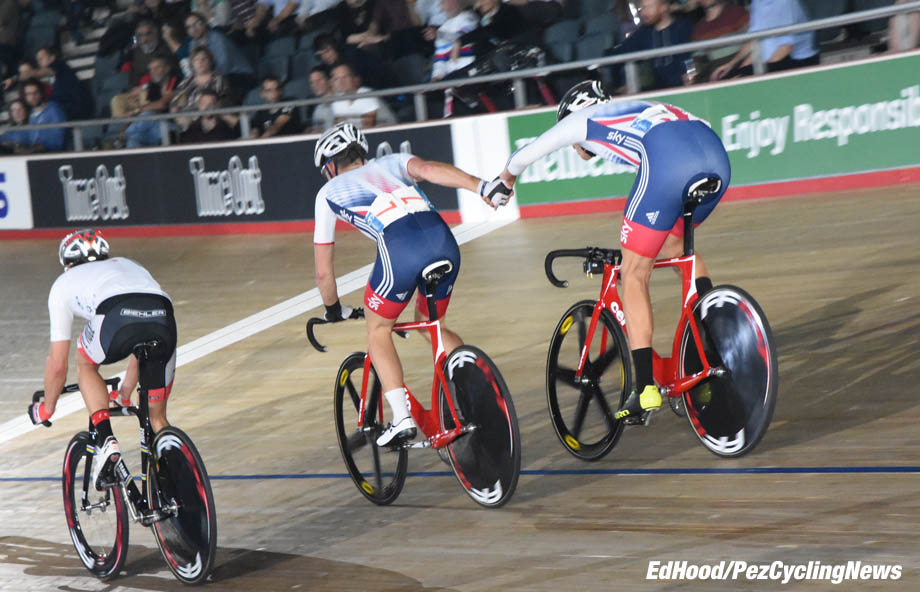 I returned on the Thursday night, the penultimate one, and my experience was totally different. The crowd had at least doubled, possibly tripled, since Monday. Although one of the upper tiers was left empty the noise was unbelievable and it did make me wonder what it must’ve been like during the Olympics when the British track team were mopping up the medals. 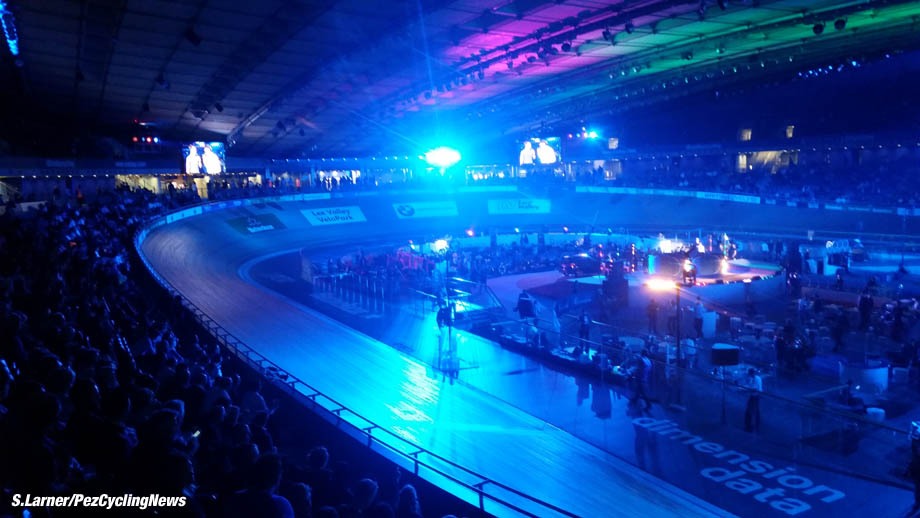 The racing was of a different calibre on the Thursday as well with much closer events and a couple of miles and hour extra in speed. One of the best races was the 10km derny race where Britain’s Germain Burton had produced a late surge inside the final two laps and gone high on the boards to beat Etixx’s Niki Terpstra. 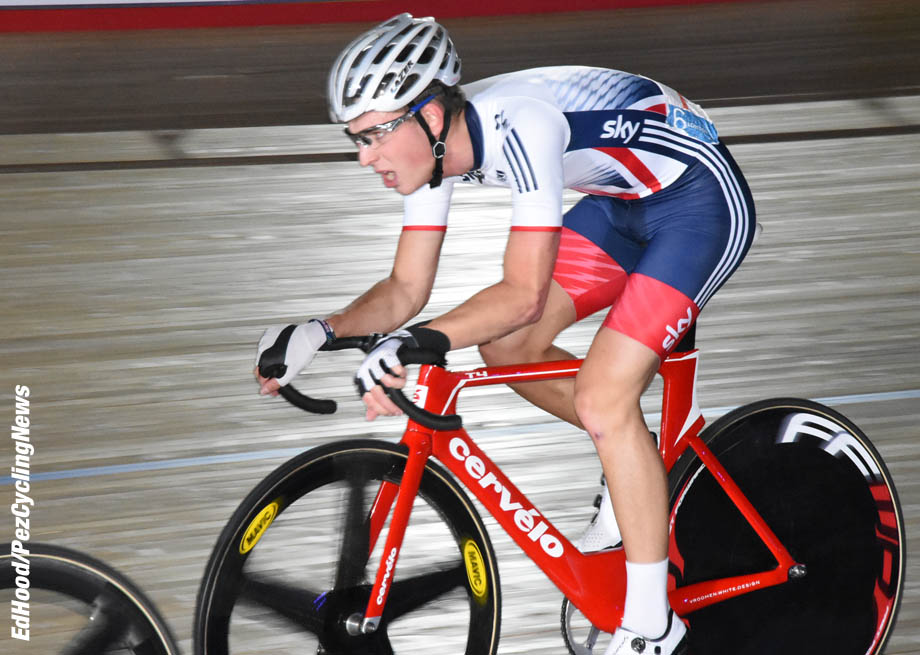 The overall points system was utterly baffling and it was never explained by the commentator, perhaps I suspect because he didn’t know himself. I would have to wait until later that evening and then find the results online. 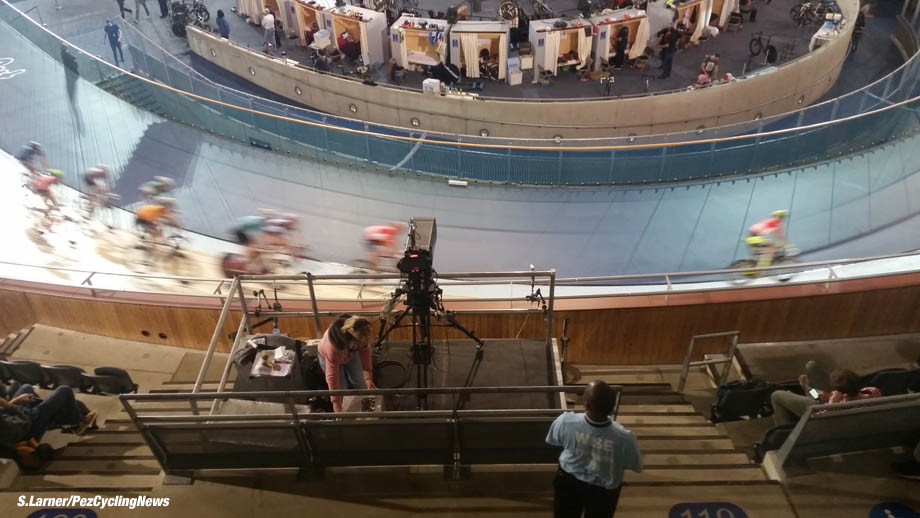 My first experience of a 6 day was very interesting but ultimately not as good as I had imagined. The crowd was quite small and the riders weren’t big enough names but as a first event for London it would be a qualified success. It did leave me longing for the Ghent Six Day though where hospitality and corporate indulgences are flung out the window in favour of serious fans and serious racing. 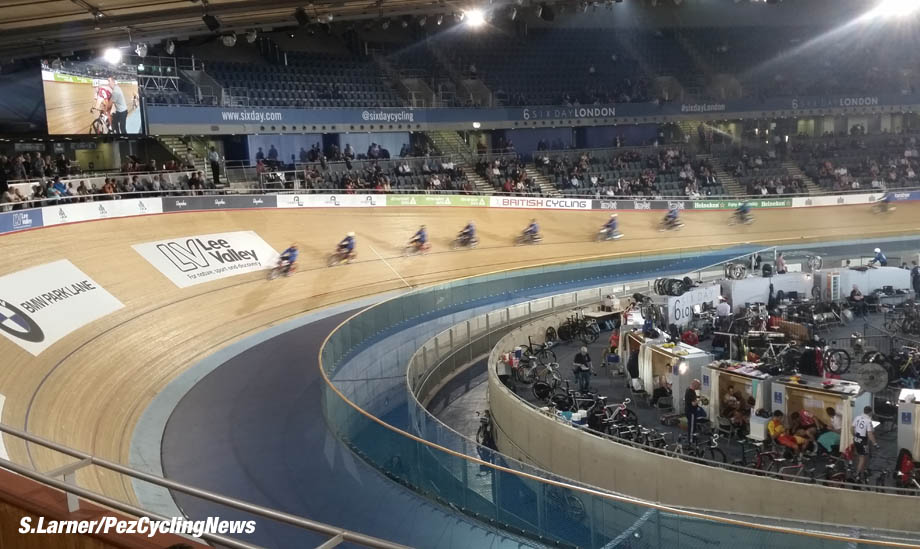