Photo Special:  A cracking 100th edition of de Ronde van Vlaanderen deserves a closer look – so we’ve collected the best shots of the action from the cobbles and the bergs. The star of the day is Peter Sagan and his bold move in the finalé.

The 2016 Ronde van Vlaanderen will go down as one of the best ever and the best race this year so far, the man who made the race was Peter Sagan, although Fabian Cancellara gave it a good go to spice things up. No apology for the amount of photos of Sagan, it was special.

The day started with a one minute of silence for Daan Myngheer and Antoine Demoitié, with the Wanty-Groupe Gobert wearing special t-shirts at the presentation to honor their teammate Demoitié. A very sad start to the day. 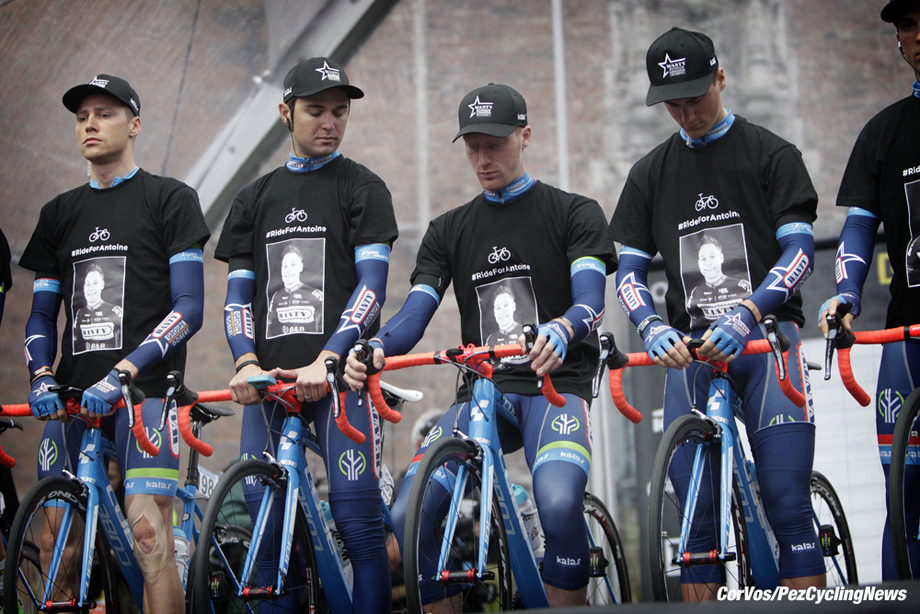 Bora-Argon 18’s Scott Thwaites was very pleased to be in Brugge for the start of the Ronde and was probably happy with his 20th place. 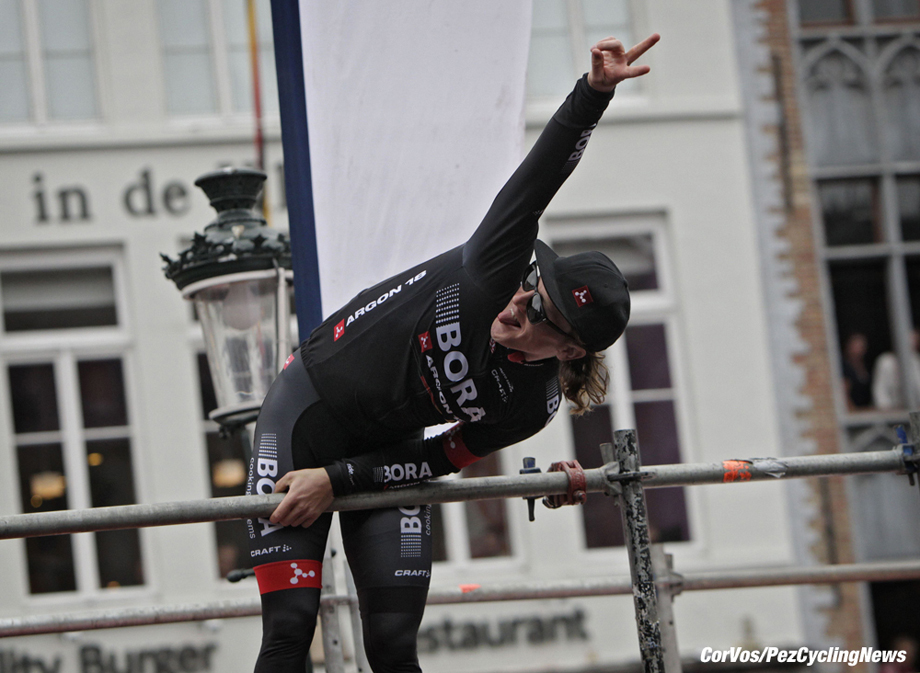 The Trek-Segafredo team worked very hard for a history making fourth win for Fabian Cancellara, he kept very quite until the last minute. But that minute was too late to follow the move of the day. 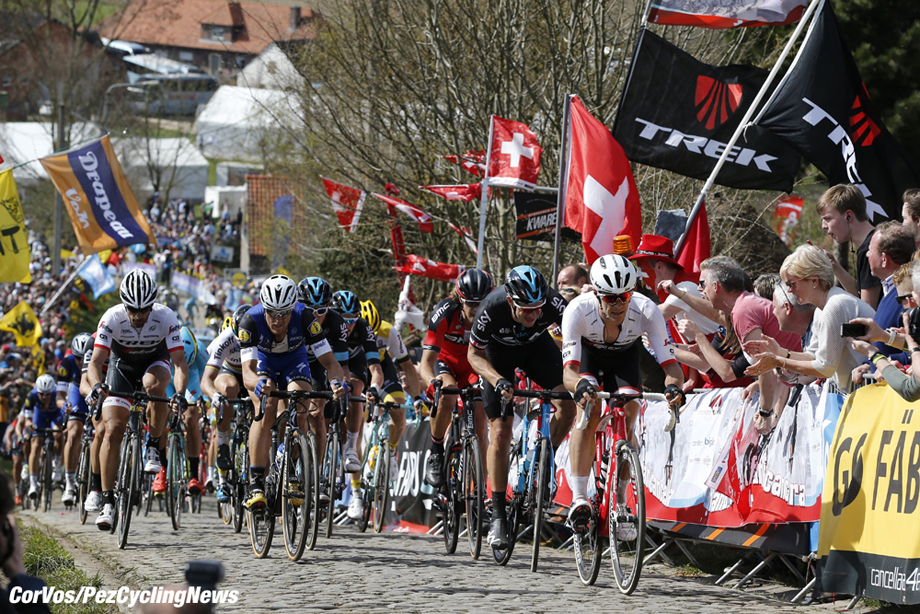 One of the surprises of the race was the inclusion of Lotto Soudal’s Andre Greipel in one of the breaks. Could this be a new ‘Gorilla’ the Classicsman? He could be an outside bet for Roubaix. 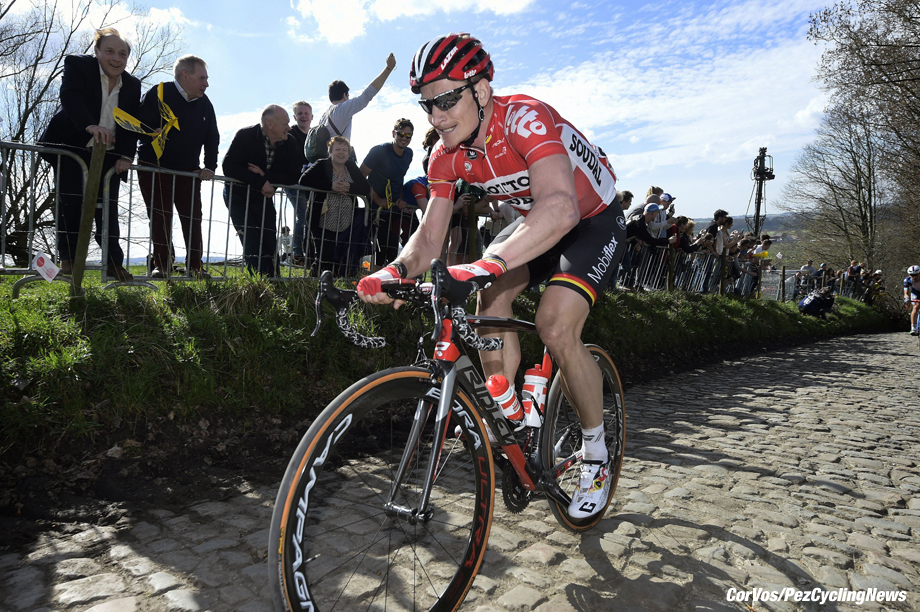 Tom Boonen rode like the champion he is, he was invisible until late in the race, but by then it was too late. 15th wasn’t bad, but for a three time winner in Flanders and the fourth finisher for Etixx – Quick-Step it was not great. Will this be his last Ronde? 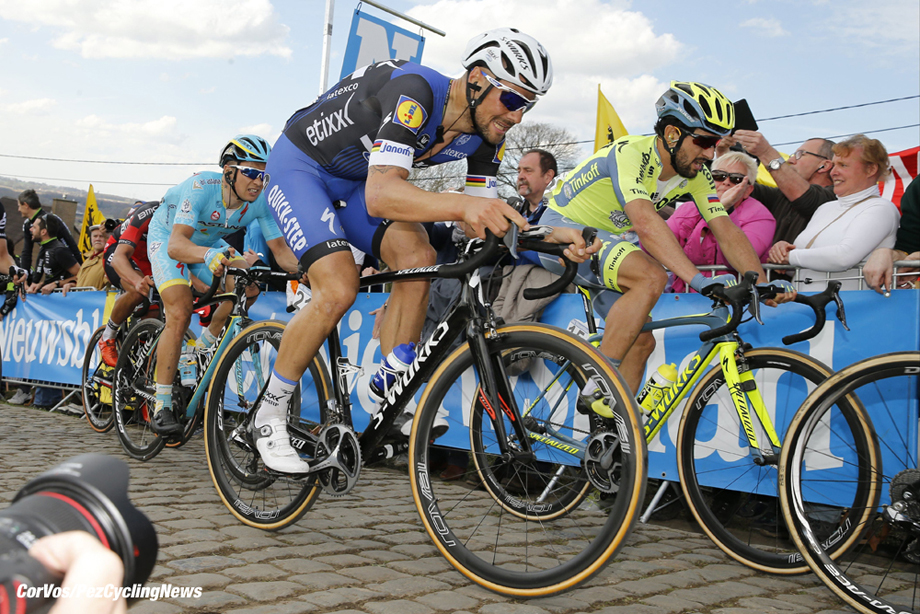 The break rode hard, in the end it was doomed. 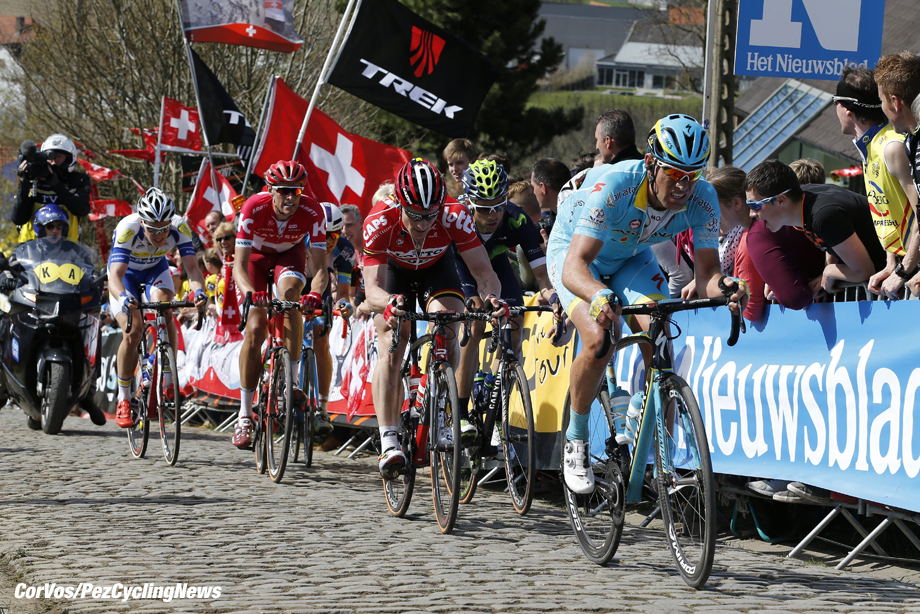 Lars Boom (Astana) and Dylan van Baarle (Cannondale) were hopeful, although the race was not in top gear, just yet. 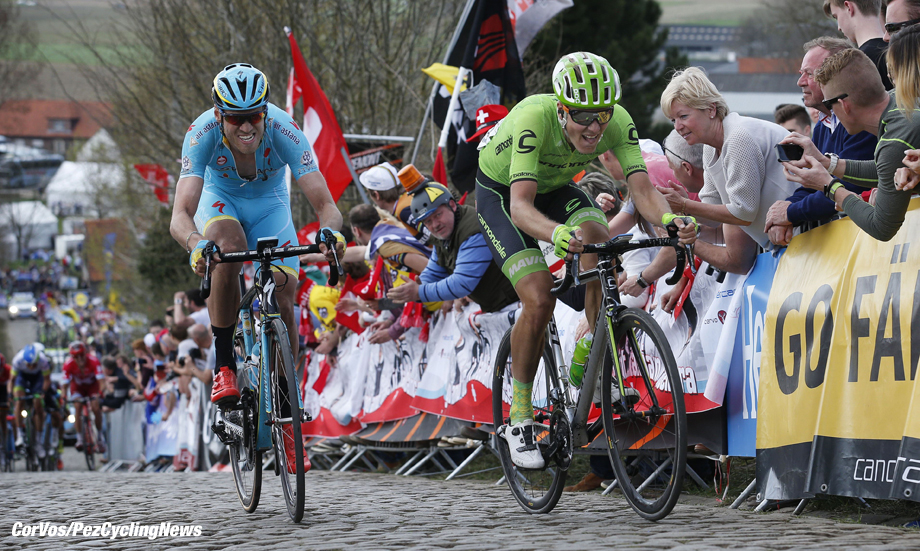 When the move went, Fabian Cancellara missed the bus and had to chase and what a chase that was. He caught Sep Vanmarcke and headed off after Sagan… 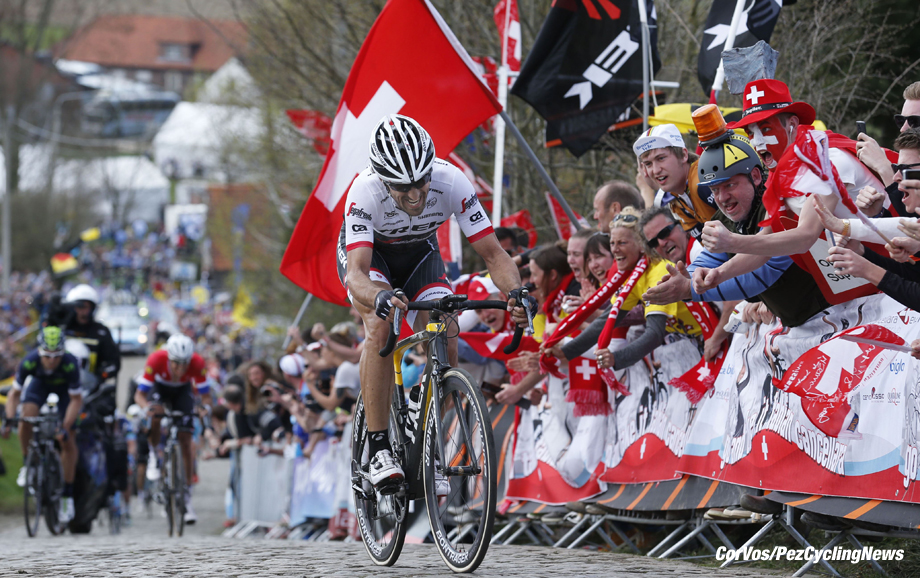 Vanmarcke led over the Kwaremont, but he would have to give up his hopes of victory quite soon. 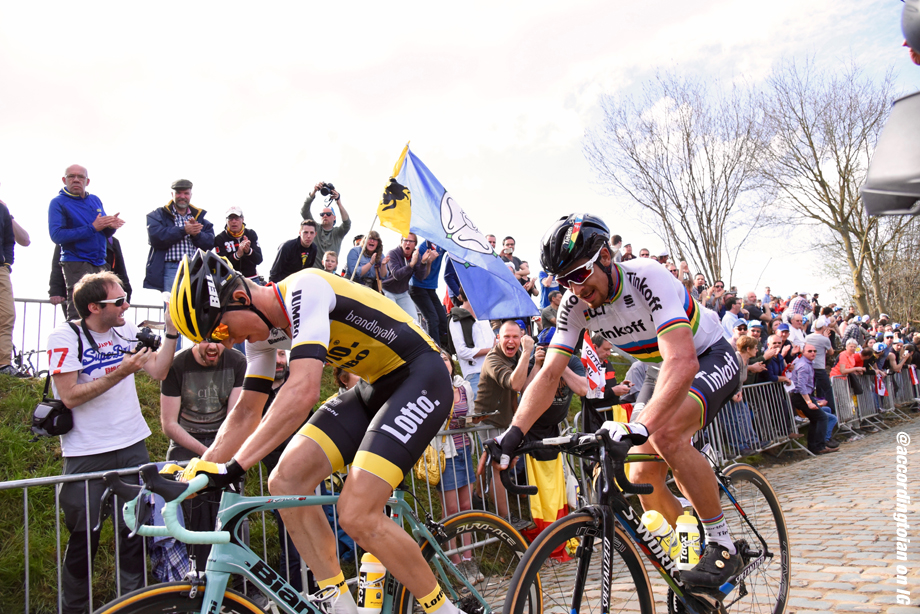 Sagan was waiting for the right moment and that moment came on the Paterberg, the same place Cancellara had launched himself on one of his Flanders winning moves. 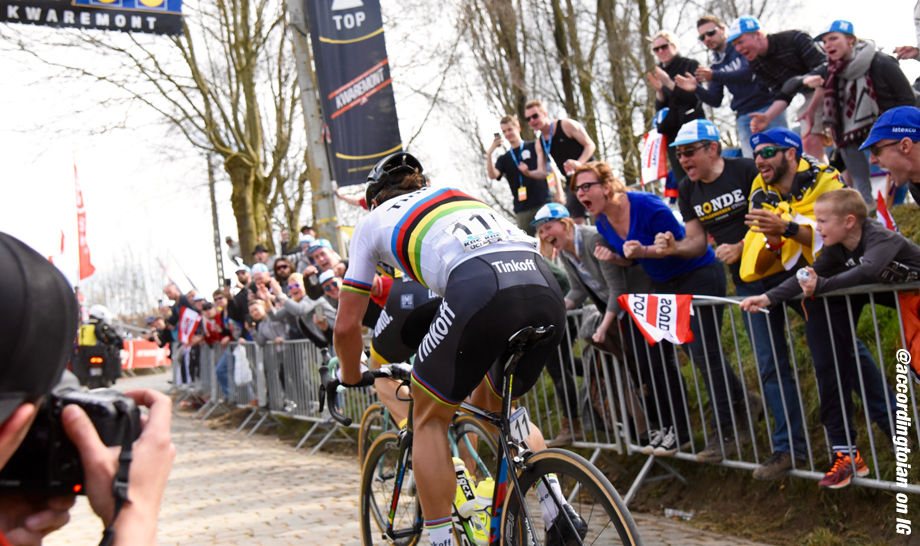 Vanmarcke was at his limit when the World champion left him. 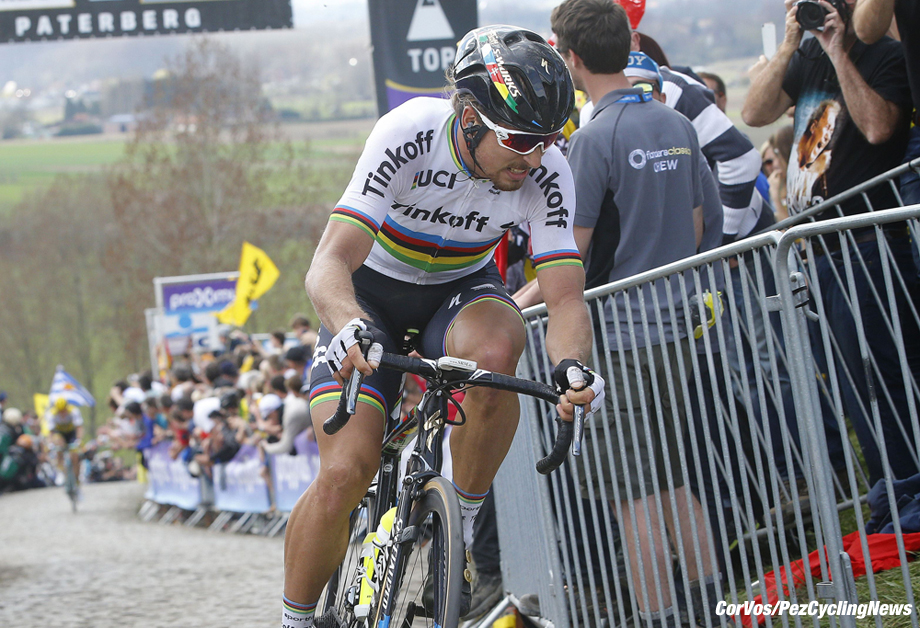 For 13 kilometers there was a cat and mouse pursuit, the cat Cancellara was no match for the less than mouse like Sagan. 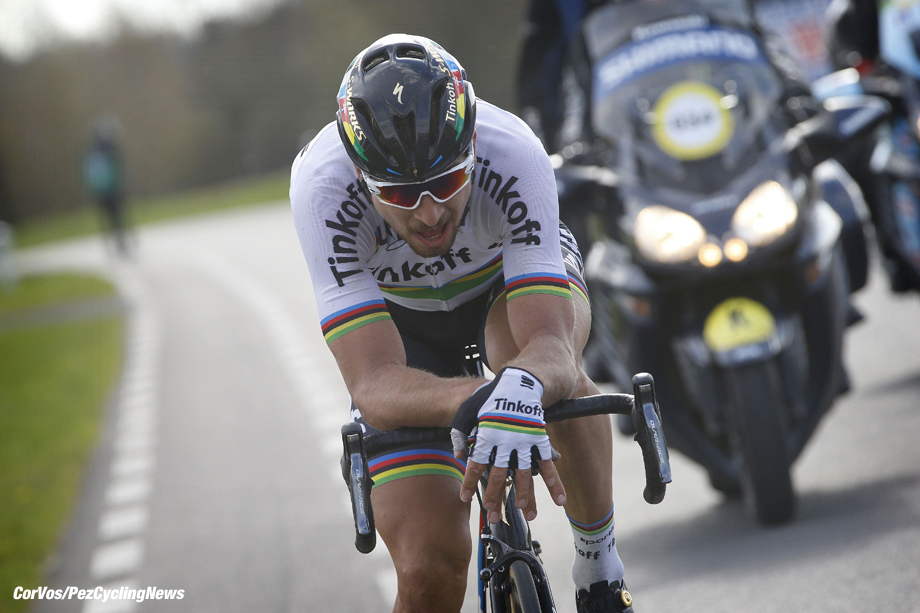 Sagan’s first Monument to go along with his World champs, points classifications, other Classics, National championships and all those 2nd places… and he’s still only 26. 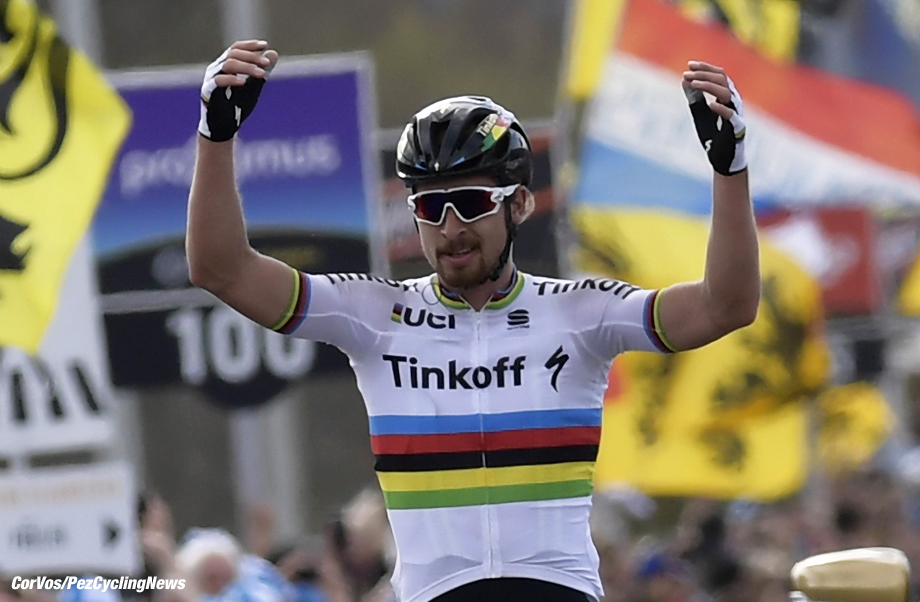 Sagan crossed the line without much emotion, but he had to give the fans a wheelie, it just wouldn’t be right not to. 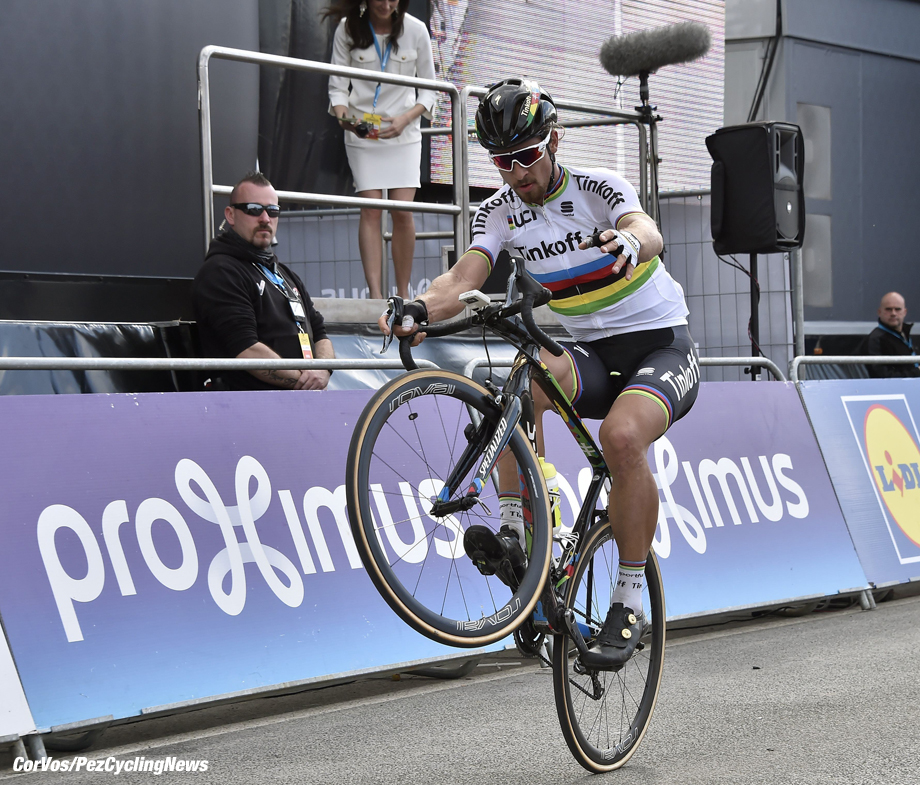 Remember Lien and Maja? They have met Peter before. No controversy this time. 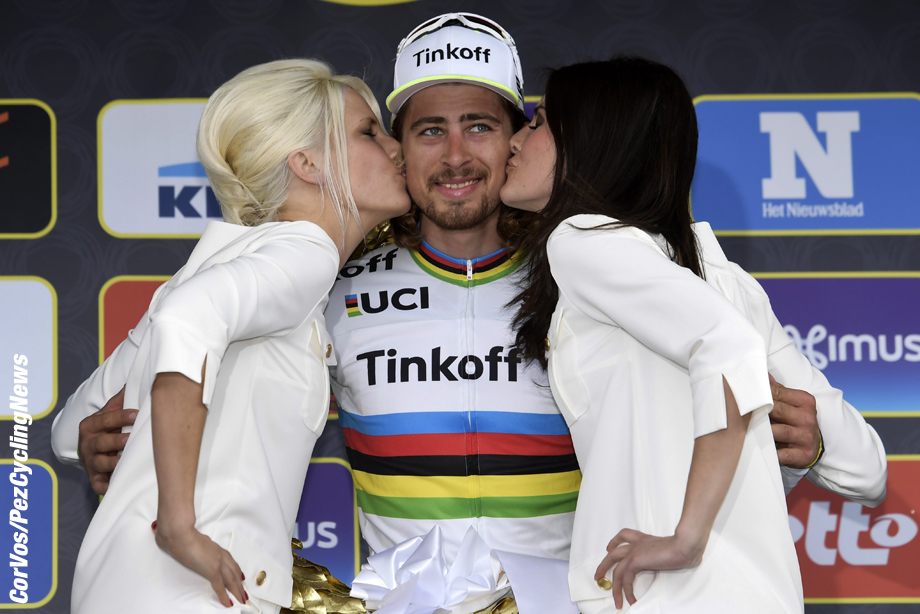 Flanders is over and now we look forward to Paris-Roubaix, could Peter Sagan do the double? It’s very possible. Keep it PEZ for everything pavé this week.