Mathieu van der Poel won the first stage of the Giro d’Italia in Visegrád, Hungary. After 195 kilometres, the Alpecin-Fenix leader was the best on the uphill finish of more than five kilometres, he also has the first pink jersey. 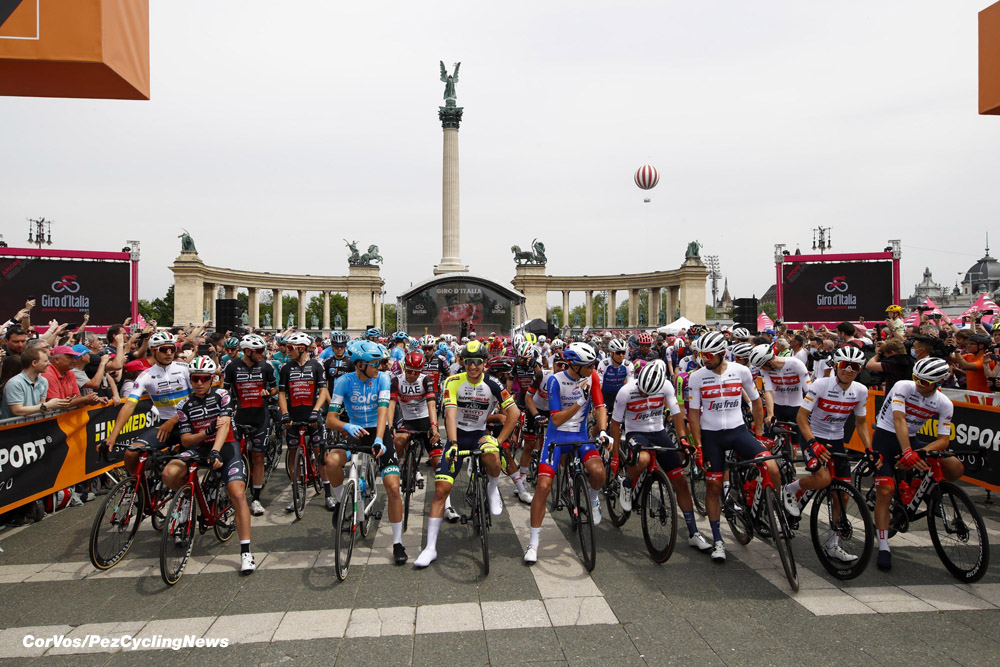 The first stage of 195 kilometres was between Budapest and Visegrád. From the start, the peloton would cross the plains north of the Hungarian capital towards the Slovakian border. The stage has a total of 900 metres of climbing. There were two intermediate sprints at 120 kilometres and 28 kilometres from the finish. Just before the finish in Visegrád, the road rises at 4.2% over 5.5 kilometres. The steepest part of the final climb is 1.5 kilometres from the finish and goes up at 8%. The finish line is at the top of the Viségrad citadel in the old city centre. With the exception of the last 5 kilometres, the stage is almost flat.

The 2022 Giro d’Italia started on Heroes’ Square in Budapest. After a long neutralised zone, the flag was dropped and the first attacks started. Drone Hopper-Androni Giocattoli immediately put two men up the road. Mattia Bais and Filippo Tagliani managed to take a gap and no one followed their attack. 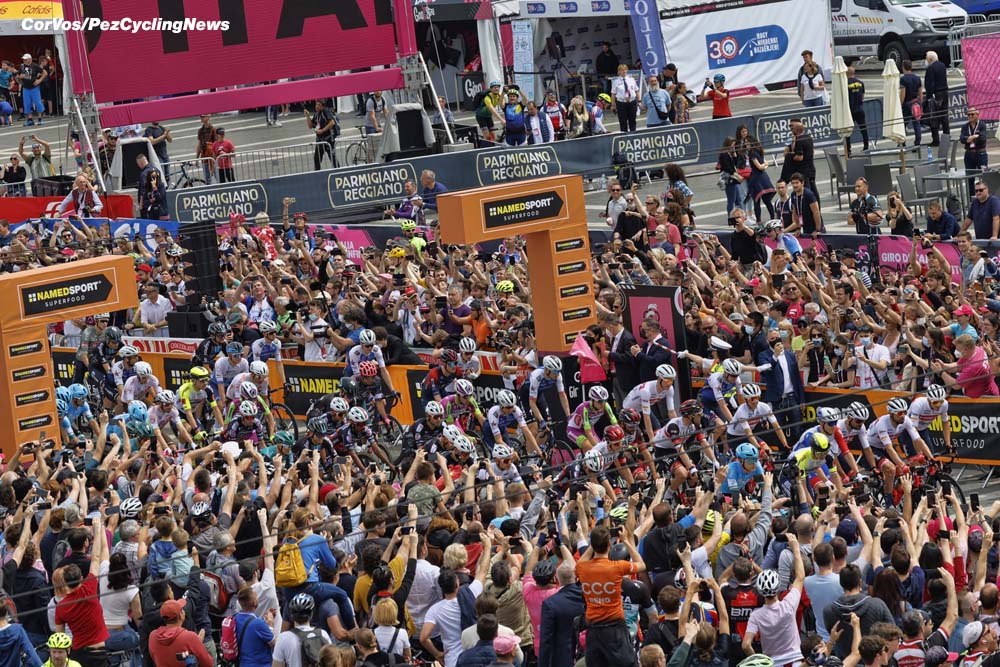 Stage 1 heads out of the Heroes’ Square in Budapest

The peloton seemed uninterested in a chase and the two men of Gianni Savio got further and further away. The lead of Bais and Tagliani increased to over ten minutes in the first 50 kilometres. As the advantage grew towards 12 minutes, Alpecin-Fenix ​​took the lead in the peloton. The Belgian team had the top favourite with Mathieu van der Poel and took matters into their own hands, as did Intermarché-Wanty-Gobert for Biniam Girmay. 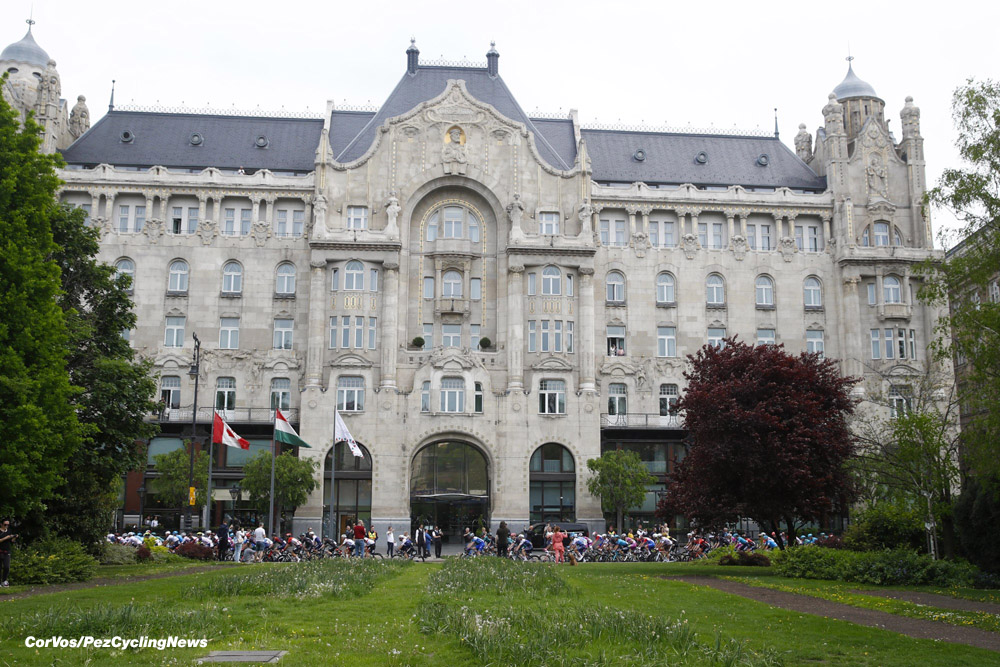 Those two teams reduced the lead to around 5 minutes. At the first intermediate sprint, where points could be earned for the Maglia Ciclamino, Giacomo Nizzolo beat Arnaud Démare, Bert Van Lerberghe and Mark Cavendish behind the two escapees. EF Education-EasyPost also started to help with the work for the peloton. 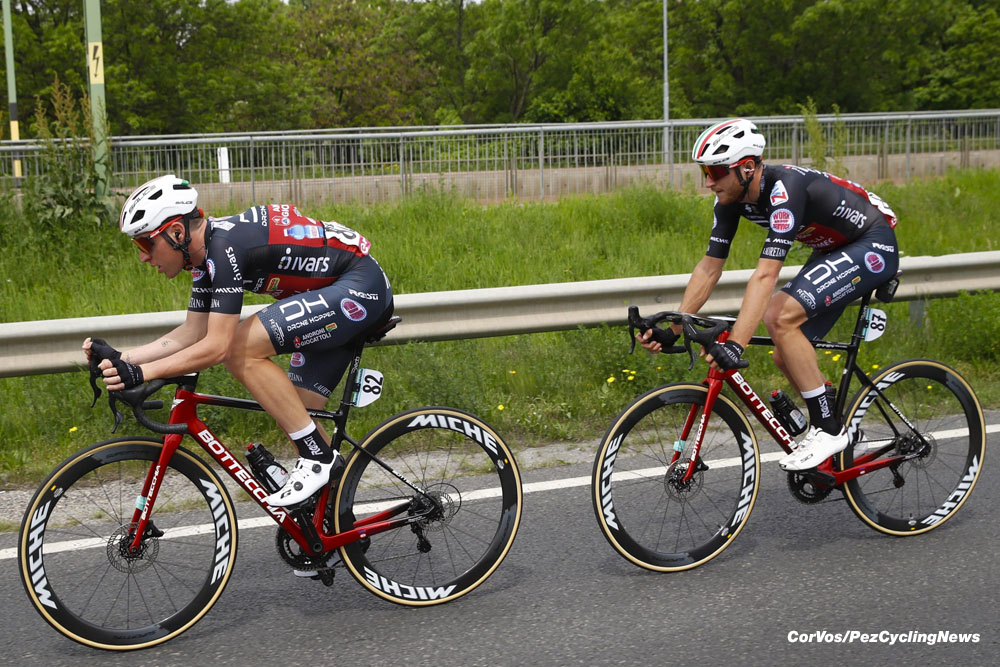 The first break of the 2022 Giro d’Italia – Mattia Bais and Filippo Tagliani, both Drone Hopper-Androni Giocattoli

The peloton were on the slowest estimated time schedule. At the start of the last hour, the difference to Bais and Tagliani was 1:30 and it was getting less and less. The sprinter’s teams let the Italians struggle on for a bit longer, but 14 kilometres from the finish they were pulled in. 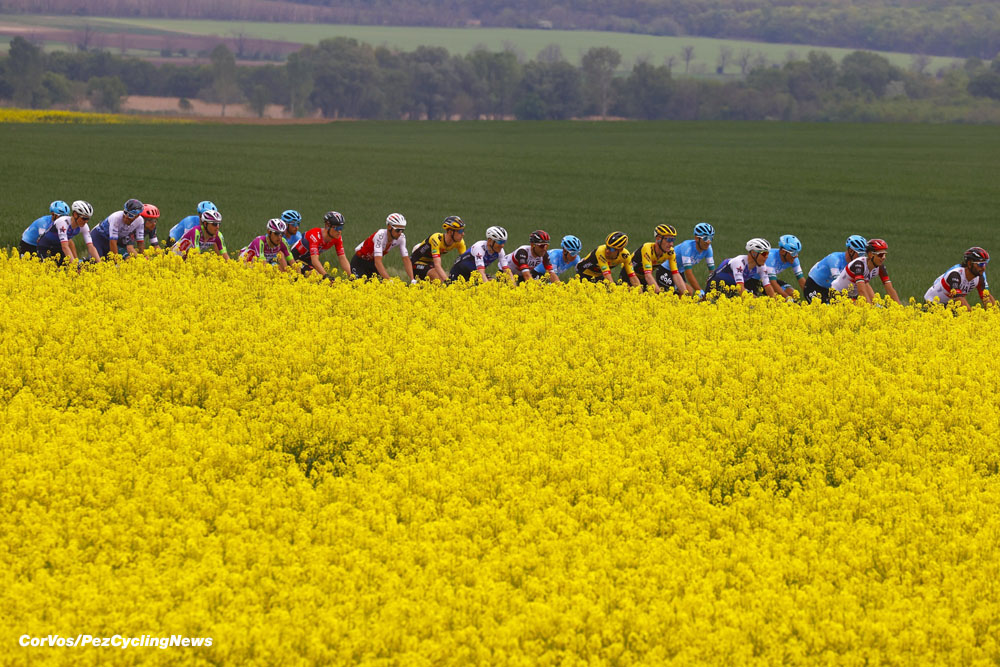 Nice weather in Hungary for stage 1

Several trains formed in the run-up to the 5.5 kilometre final climb to Visegrád. There was a small crash which included Harm Vanhoucke. At the foot of the climb, Lotto Soudal for Caleb Ewan were in the lead, while Alpecin-Fenix ​​were also close at hand with Van der Poel. But the other favourites were also not far away. 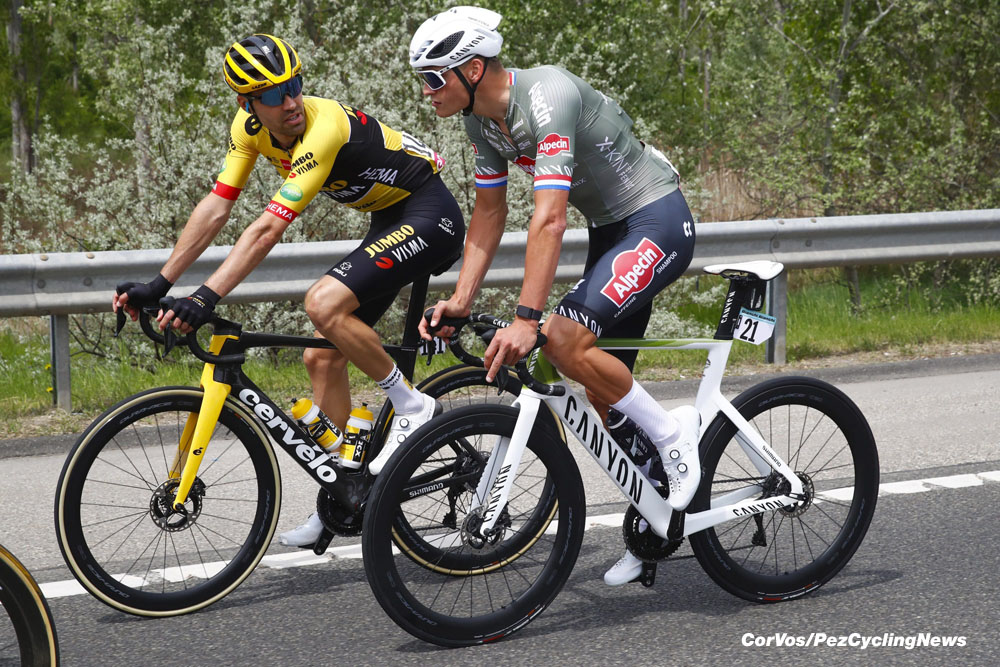 Lawrence Naesen tried to surprise the peloton with an attack 3.5 kilometres from the finish. He managed to grab 9 seconds, as the nervousness in the peloton caused another crash. Naesen was pulled in by Lennard Kämna more than 2 kilometres before the finish line. The German jumped past Naesen and started the last 2 kilometres solo. 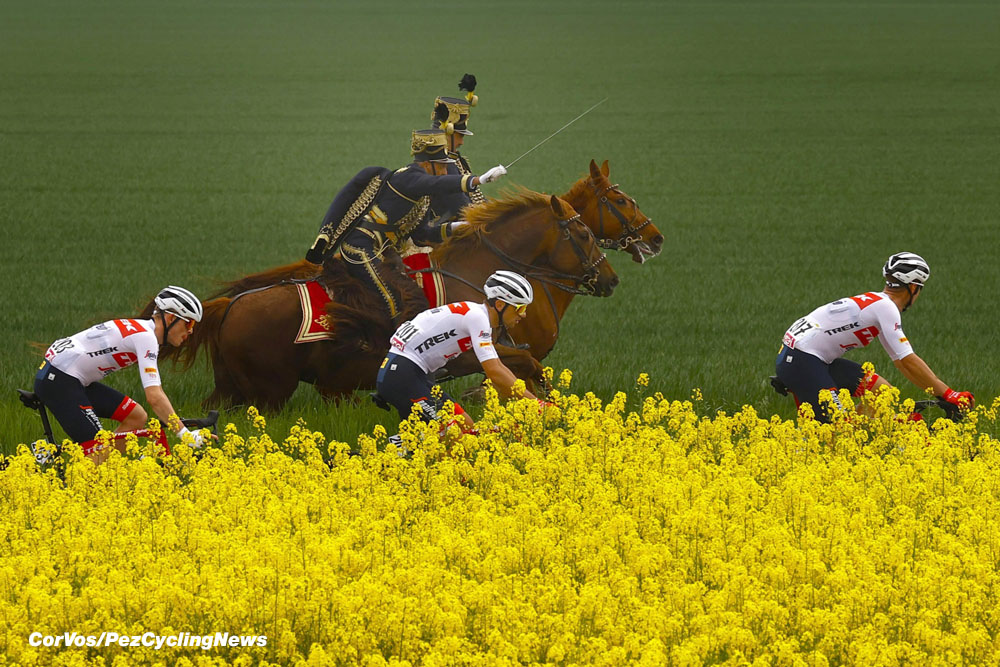 Girmay’s teammates kept the pace high in the favourites group, from which Arnaud Démare was dropped. Kämna’s 7 second lead under the 1K banner turned out not to be enough. He was caught by Davide Formolo, after which all the top men came to the fore. 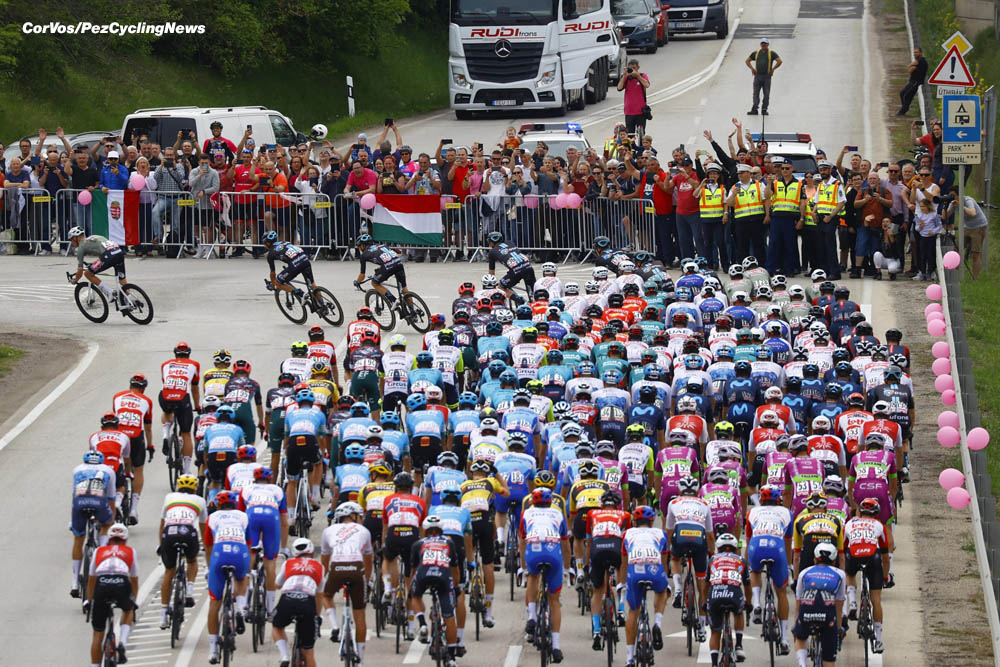 The fans were out ‘roadside’

Caleb Ewan looked to have everything under control, but he was no match for the sprint of Mathieu van der Poel and Biniam Girmay. The Dutchman went past the man from Eritrea with some difficulty, but managed to cross the finish line first. On the last slight bend, Ewan crashed, it looked like he touched Girmay’s rear wheel, and lost his third place. 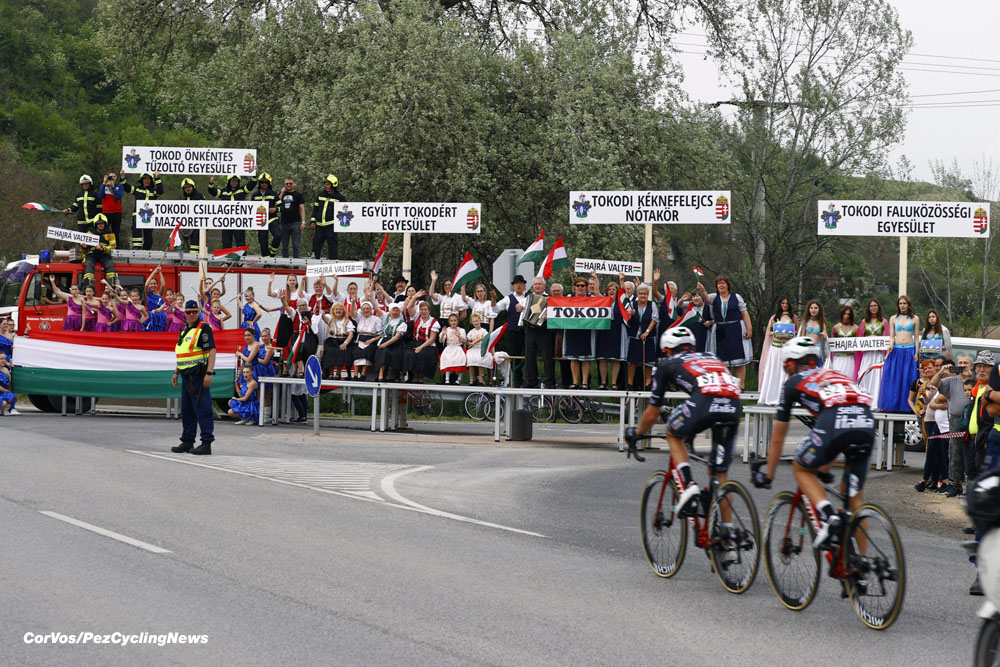 The break was pulled back in good time for the final

Pello Bilbao finished third, ahead of Magnus Cort and a strong Wilco Kelderman. Richard Carapaz, Bauke Mollema and Diego Ulissi also finished in the same time as Van der Poel. Then there was a gap of 4 seconds to the others. 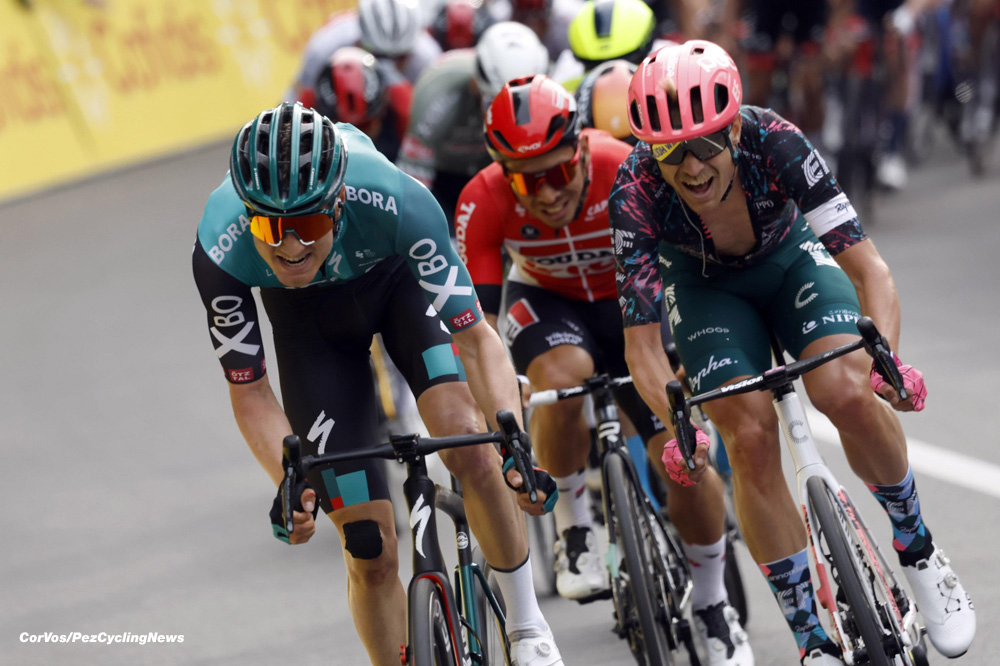 Wilco Kelderman put the pressure on in the last metres

With his victory, Van der Poel is the first wearer of the leader’s pink jersey on his debut in the Giro. The purple points jersey and the blue mountain jersey (the final climb was a Cat 4 climb) also went to the Dutchman. The white young rider’s jersey went to Biniam Girmay. 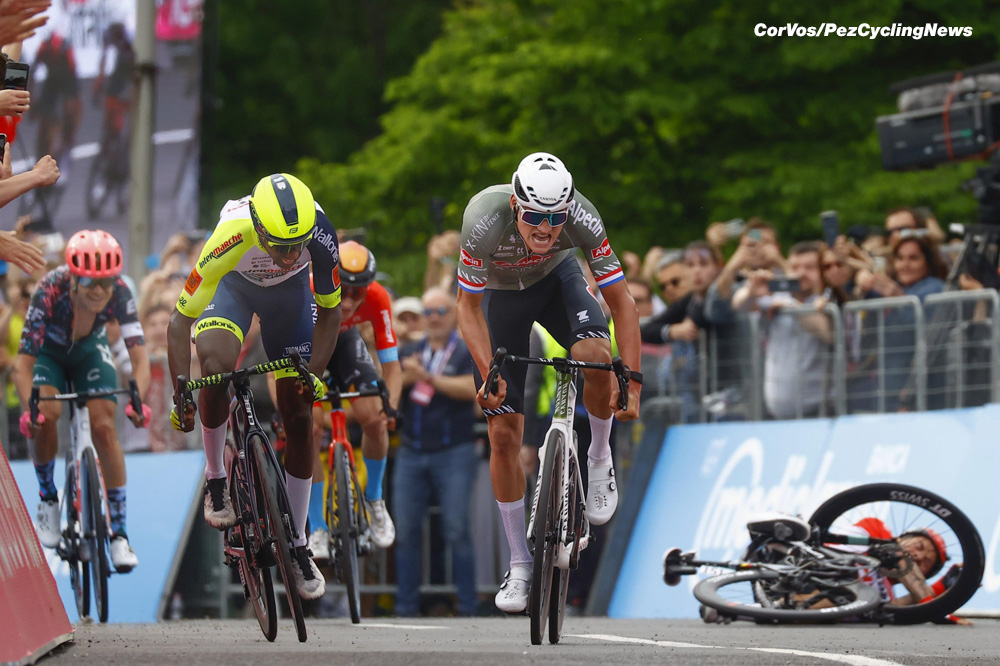 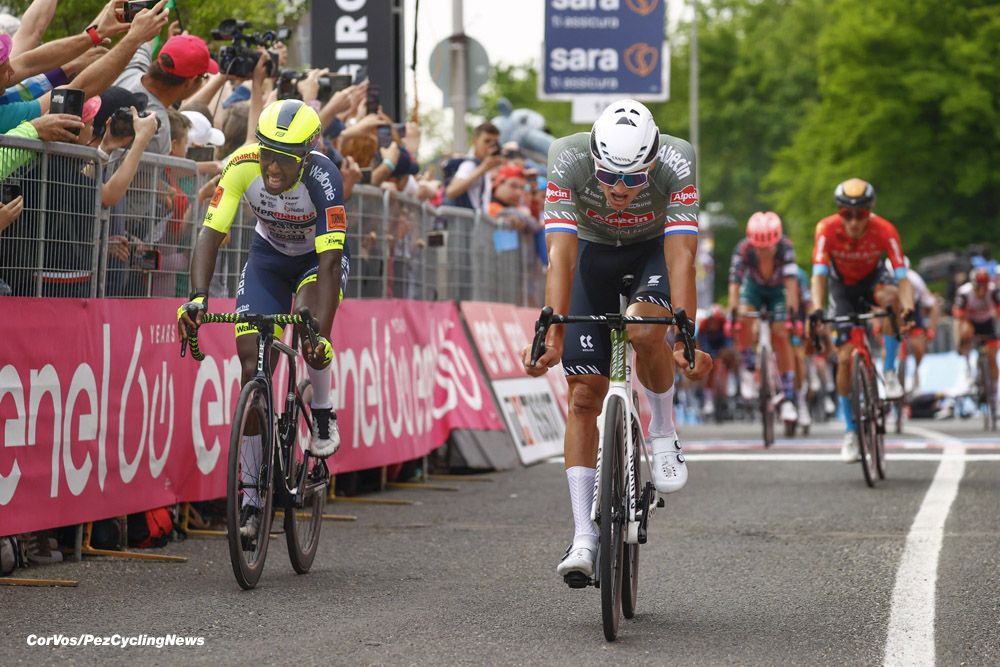 Stage winner and Maglia Rosa, Mathieu van der Poel (Alpecin-Fenix): “I knew positioning was going to be the key for winning today and it’s been difficult because I’ve been boxed in a few times. Only at the very end I realised that I could beat the sprinters. It’s incredible to wear the Maglia Rosa after the yellow jersey. But there’s a time trial tomorrow and I don’t know if I will be able to defend it. I’m gonna try for sure!” 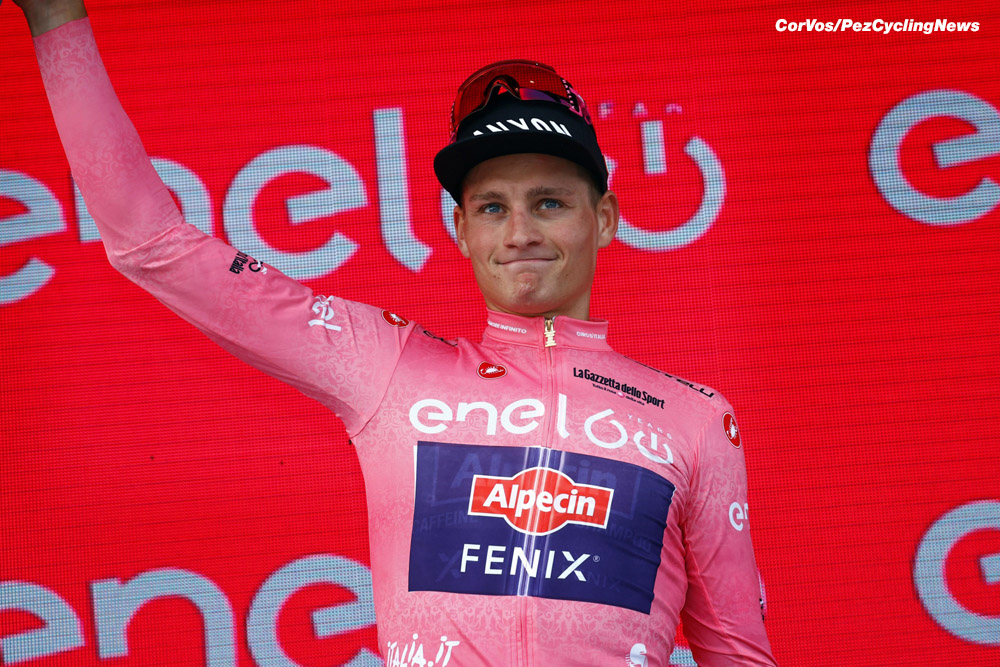 How to Choose Between an Ebike and a Normal Bike?