He may just be the hardest working man in the Giro peloton – he was second to Matt Lloyd on stage 6 after their breakaway; he tried a do or do escape in the last 900 metres of stage 9 and on stage 11 to L’Aquila he was in the break that did all the damage but dropped back to aid team captain Scarponi in ultimately fruitless pursuit. He’s former Tour de France yellow jersey and current Swiss time trial champion, Rubens Bertogliati.

We caught up with him before stage 10 in Avellino, skin stretched tight across his cheek bones and tan looking cool against the white of his jersey.

PEZ: Rubens, what about this rain?
I think last year we were lucky, I think every stage there has been some rain, this year. 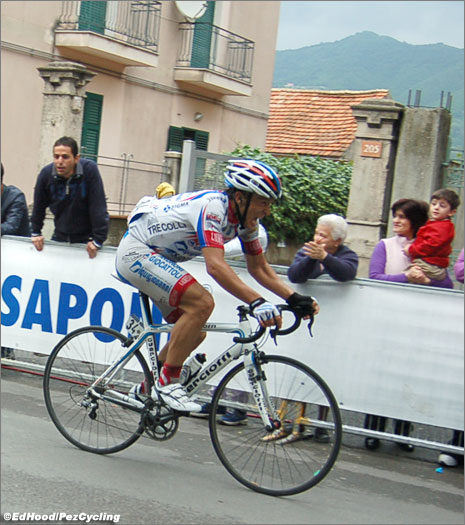 PEZ: Stage 9, that was a big attack.
I went with 900 to go, it was the right moment, it was a similar finish to when I won my Tour de France stage, dragging up, but this time Vinokourov chased me – back then, Armstrong didn’t! The thing is, even if you fail you have helped the team because the ones who chase you down certainly can’t win after their effort.

PEZ: And you were away with Matt Lloyd on stage 6.
In the finale I was a little tired, I was attacking from kilometre zero to get in the break then I was in front with Lloyd. I knew him from other times I have ridden with him and he is strong in the hills. I had a puncture too, that didn’t help and I had to recover after it. But at the end, Lloyd was the strongest. 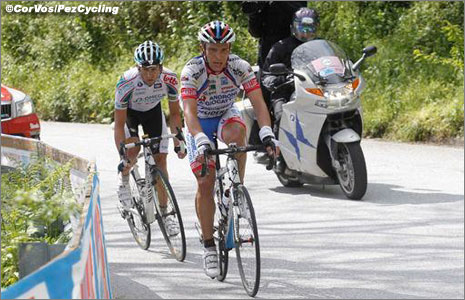 PEZ: How is team morale?
It’s good, Scarponi is hoping for a good placing on the overall, top five, perhaps even top three [the interview took place before the fateful stage to l’Aquila] I actually think he’s in better form than last year’s Giro, where he won two stages.

PEZ: Was the team happy with the TTT performance?
We were a little disappointed, I think with better preparation we could have gone 30 seconds faster. But we don’t have the budget to prepare like the big teams. To prepare properly for the TTT you must practice a lot together so that each rider knows the other riders’ characteristics. 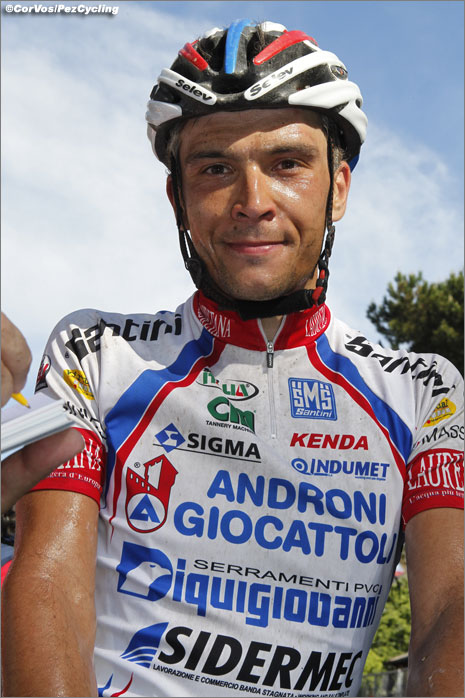 PEZ: Strada bianche; you’ve ridden the Eroica of course.
For me it was good, I was always in the front but had to stop for Scarponi to help, when he punctured on the last climb.

PEZ: Can Loddo win a sprint stage?
Perhaps today, to Bitonto, that’s a good stage for him [but it was better for Tyler Farrar, who won], Goss was very strong yesterday and is becoming another favourite in the sprints.

PEZ: The first stages have been frantic, there will be some very tired riders in the last week.
The percorso is very hard this year, yes, particularly that last week. We’ll see in the mountains of the last week who is strongest. 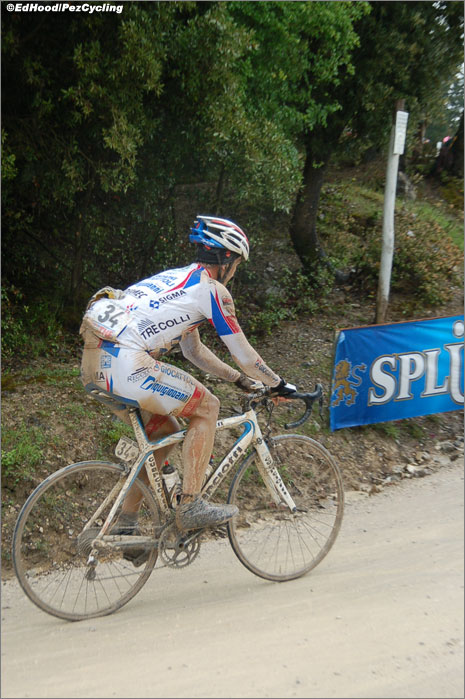 PEZ: Can Vino win?
For me, Evans is stronger in the climbs – as I say, it is the third week where anything can happen.

PEZ: Liquigas, can they win?
I rate their chances like Scarponi, top five, at best, top three.

PEZ: What’s the programme after the Giro?
I have the GP Gippengen then the Swiss championships – I’m a little disappointed that our programme does not include the Tour de Suisse. 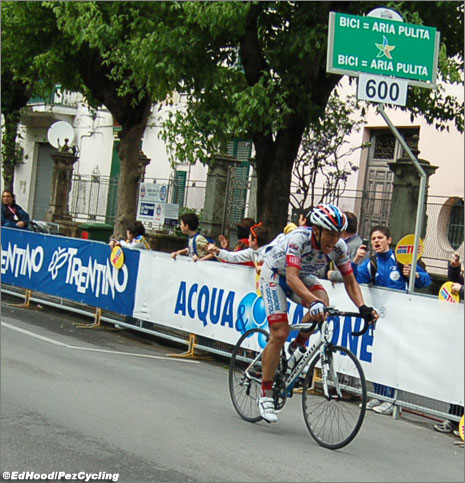 PEZ: And today, to Bitonto?
I will be trying to conserve energy for my next opportunity.

***
With thanks to Rubens for his time – and we rate him one of the coolest looking dudes in the peloton.

Giro di PEZ: The Quiet Land (Between The Storms)