Surely it’s a done deal and Ivan Basso can claim he has redeemed himself, returning from his two years on the naughty step to pull on the final overall ‘maglia rosa’ of the 2010 Giro d’Italia? The only major issue to tidy up on this time trial tour of Verona’s finest sights was the third podium place …

Basso’s extra burst at the end of yesterday’s stage gave him an insurmountable advantage over the heroic David Arroyo. Behind them, Vincenzo Nibali and Michele Scarponi were a second apart in the chase for the third spot; Richie Porte was up against Alexandre Vinokourov for sixth, to cap an astounding Grand Tour debut. 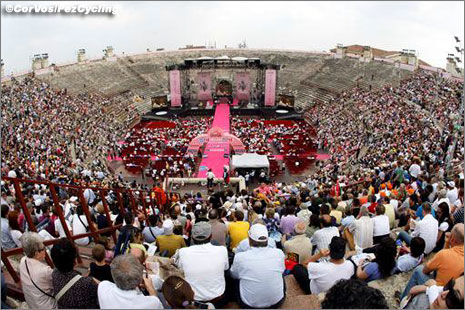 It’s not a straightforward end to the Giro though. Like something out of a math textbook about graphs and curves, the route reverses the Verona 1999 Worlds course, cresting the 9% Torricelle in the middle before rolling back round anti-clockwise to finish in the Piazza Bra.

The corsa today is, in fact, perfect for someone powerful, a real TT engine. Maybe the sort of guy that’s won World and Olympic silver medals? Yep, there was just such a guy in the field – 6’ 5” Swedish chronoman Gustav Larsson.

After spending the bulk of the season so far as one of the unsung heroes of the Cancellara Classics stampede, and offering a guiding hand to Richie Porte in the stage seven mudstorm to safety. 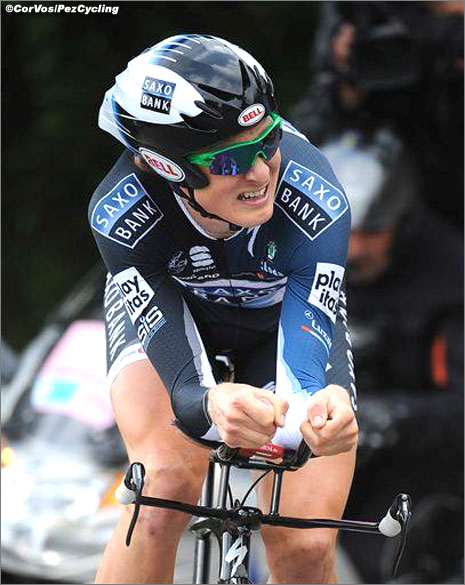 Larsson told me when I interviewed him waaay back in January 2008 that he was targeting the Beijing course at the Olympics because it suited his style. This profile was very similar even if the distance was shorter. The Saxo Bank man set a blistering time from his early starting position and watched as challengers came and went.

His nerves were jangled by HTC-Columbia’s top ten getter on GC, Marco Pinotti, who was 12” up at the intermediate check, but faded on the downhill over the second half.

It was a worthy and well-deserved win for one of the peloton’s nice guys, coming out ahead of other TT luminaries such as Bradley Wiggins and Ignatus Konovalovas who won at this stage last year. 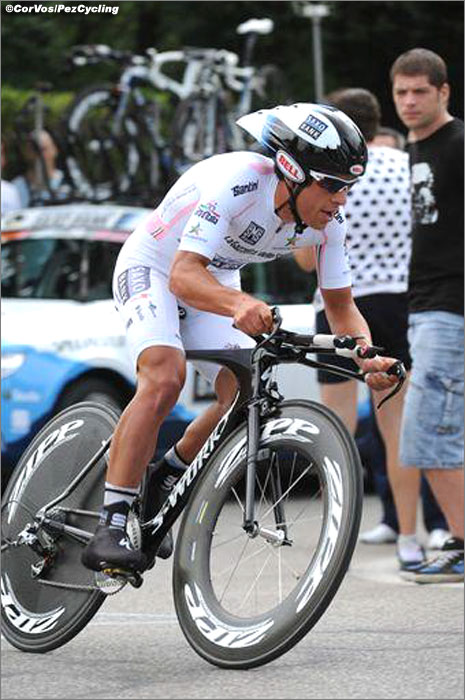 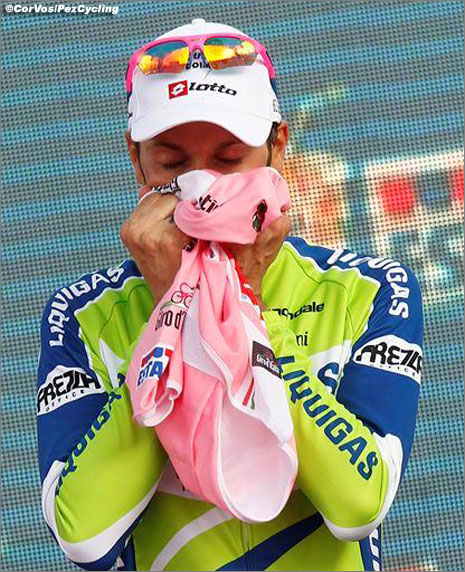 Congrats to Liquigas who took the teams and super teams titles; to Cadel Evans who has blitzed the curse of the rainbow jersey by taking a stage, a maglia rosa and the points competition; to Richie Porte on his white jersey as best young rider; to Tom Stamsnijder for the TV classification; to Jerome Pineau for winning the sprints crown and upsetting the Italian newspapers by being a bit sniffy; and to Matt Lloyd for his green mountains jersey. A good three weeks for the Aussies, eh? 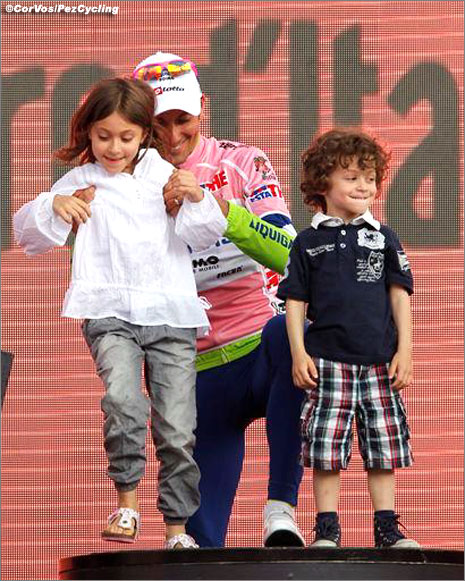 And finally congratulations to Ivan Basso for his win, who looked an extremely happy man on the podium, and to all the riders who put on a great show, all the way from Amsterdam to Verona. 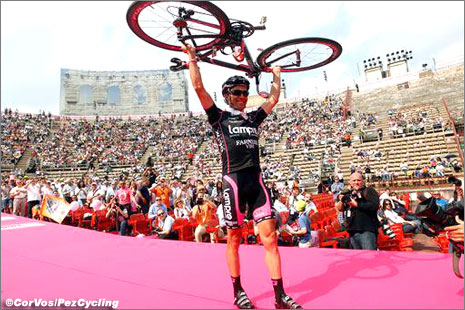 The Pez himself was backstage in Verona, so don’t touch that dial – our leader’s words and pix will be along shortly! 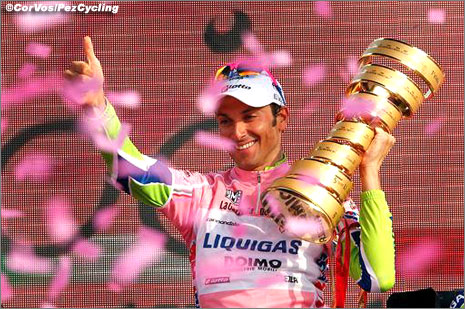 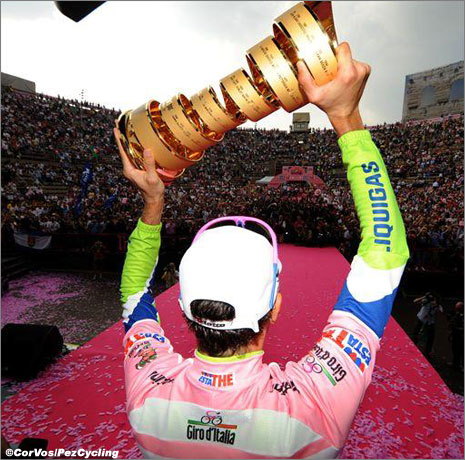