The Giro – all that scenery, the whole world in pink, lovely ladies, amazing food and wine, sunshine, grappa… It’s easy to wax lyrical about the Giro; but this year… Ed Hood casts a stern eye at the Giro that was.

Wouter: I’ve been told that one of my faults is that I like all cyclists too much to be truly objective.

Maybe that’s true, but in a peloton full of nice guys, Wouter was one of the most likeable; his demise cast a shadow over the race which I felt never really cleared – no matter how much the sun shone.

His English was perfect, his sense of humour was good and he had just the right of amount of cheekiness.

I still can’t take in that the guy Martin and I had such a laugh with at the Vuelta has gone.

The descent where he crashed was nasty; but so are many Grand Tour descents – as Stefano Zanini said; ‘it was fate.’ 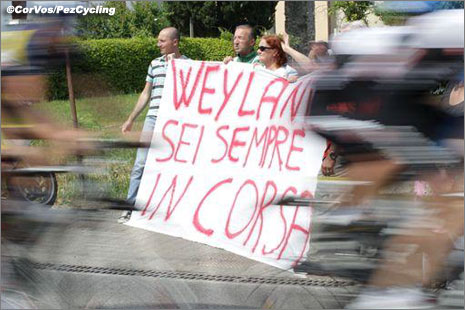 Torino: If anything proves that you can have too much of a good thing then it was stage one in Torino.

The Giro hitting a major city is surely enough for one weekend – but not if you’re the Giro organisers.

The ‘Alpini’ (Italian Alpine troops) reunion was being held in the city over the same weekend; there was not a bed to be had in the whole of Piedmont and there were so many people – most of them hopelessly drunk – that the city was threatening to burst at the seams. 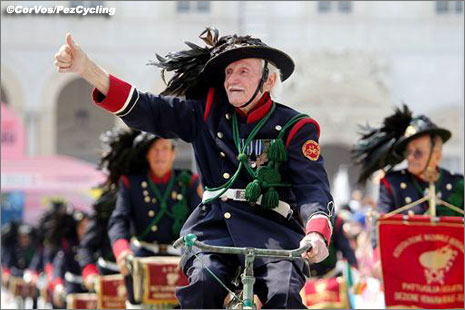 The field: Barring acts of God, there was only ever going to be one winner of this race – and so it proved.

Scarponi and Nibali were on their knees by the end and happy just to see the finish.

Some teams were fielding virtual ‘B’ squads and however much we might admire Gianni Savio’s Androni squadra it’s hard to imagine them having such an impact if they ever did get to ride that other Grand Tour which takes place over the Alps. 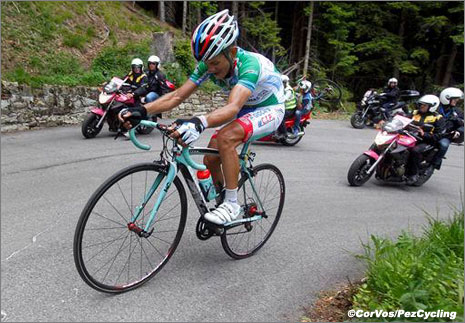 The mad rush south to Sicily: It struck us that the Giro was covering ground just for the sake of it.

There was driving before the stages, during the stages and after the stages – I’ve never known a Giro where there were so many long, long stretches completely devoid of Tifosi.

Sure, it’s a Tour of Italy, but it strikes us that there’s little point in racing along flat roads with no fans to be seen for hour after hour, just for the sake of saying the race had been there?

Better to have additional stages in the heartlands, surely? 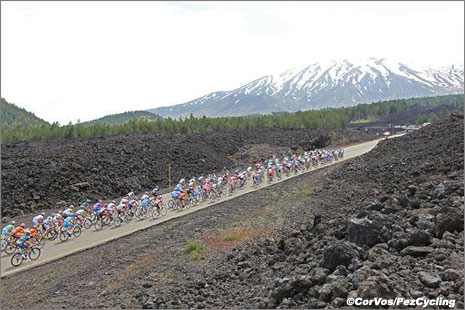 Sicily: After all that mad rush down along the Ligurian and Tyrrhenian coasts it might have been good to linger for a stage or two?

But no, ‘ciao Sicilia’ then next day, ‘ciao Sicilia;’ it didn’t seem worth all that effort, especially when you could get a barrier space on the finish line on Etna whilst Alberto was riding the last kilometre – try six hours before the finish, if this was the Dolomites.

Gravel: There’s no doubt that the Eroica has captured folks imagination but it felt to us like the off road stuff was being ‘milked’ – there were three stages scheduled to venture off the Italian highway system (in the event the Crostis was abandoned) – maybe once every year or two but these stages should not become a yearly feature of the race. 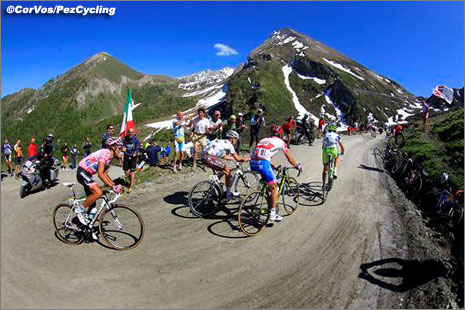 The last week: The race lacked balance, the fact that the sprinters all went home early had consequences other than denying us that finish straight madness, which we love.

With no sprinters teams in the mix to control things, the GC riders had to be vigilant every day and became ever more exhausted and happy to see the break go.

This played right in to Contador’s hands, with a week and more to go it was apparent that no one could challenge him.

Perhaps if Nibali and Scarponi had the usual ‘sprinters days’ to recover, they might have raised their sights a little? 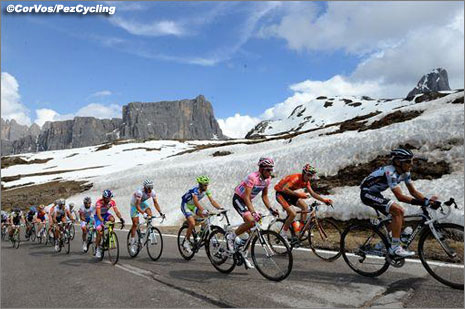 Shorter stages: What happened to them?

A few years ago the UCi told us that the stage distances in Grand Tours were going to be reduced to temper the temptation for riders to resort to ‘little helpers’ or ‘top ups.’

The last week of the Giro was brutal, too hard – surely we should know by now that unless the field is very well balanced this results in processions as far as the GC goes; and if anything is going to induce riders to stray, it’s a last week like that one.

The roads side fans are happy just to see the race – five hours or seven, it doesn’t make any difference; and you’re liable to get a faster finale if guys aren’t on their knees.

Bert winning the points jersey: Pardon the pun, but what’s the point of that?

It’s supposed to be a race within a race, if there are the same points awarded for a mountain top finish as there are for a sprint stage then it’s inevitable that the result will closely mirror the GC.

There’s a Montagne jersey for the climbers; if you must award points in the mountain stages then reduce them inversely proportionally to the number of mountain points – and have more sprinters’ stages. 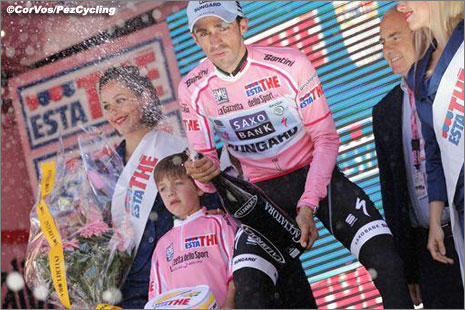 Nibali: Scarponi surprised, his ride displayed real grinta; but he’s not the future – Vincenzo is.

There’s nothing wrong with designing the course to favour the home boy – the Sicilian isn’t the best on the really bestial climbs but is a good chrono man; give him a course that he can excel on. 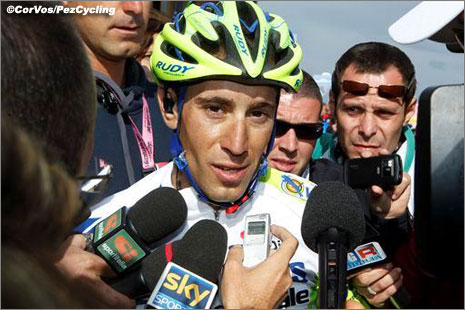 The Gazzetta: Now you know I love it; but it was so disappointing that they didn’t start their ‘ratings’ half page until stage nine – my morning cappuccino just wasn’t the same. 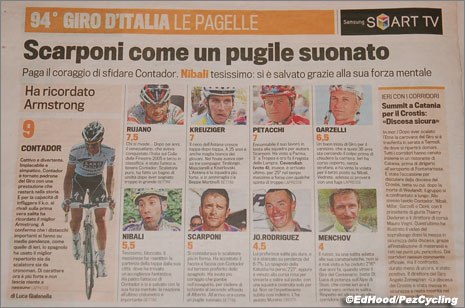 Italian radio: Not once did we hear ‘Ti amo’ – and that’s just not right.