On paper, it’s not the greatest field ever assembled for a Giro d’Italia. But sometimes that’s no bad thing, the lack of a megastar often means that riders lose their shyness and go for it, instead of defending their position – be that second or ninth. There’s no Contador, Evans, Wiggins, Schleck (A), Valverde, Van Den Broeck or Menchov – like it or not, le Tour is where the sponsors want their stars to twinkle.

Whilst this year’s race isn’t as savage as the 2011 exercise in creating an unbalanced corsa which became a procession, there’s no question that the winner will have to be a climber.

There are some monster mountain stages culminating on the second last day when tired legs have to find their way over demonic twins of Mortirolo and Stelvio.

The organisers and Tifosi (not to mention PEZ) will be hoping that the race is decided on this day.

But there’s a 32 K into Milano the next day – and the days of flyweight climbers beating chrono specialists have gone, thank God – so if the gaps are tight, it could go to the wire.

And if you live beside the North Sea and it’s fickle, freezing winds, as I do, then you’ll know that the GC contenders had best keep their wits about them from the very first road stage – when missing the echelon could make nonsense of a challenge before the race even gets to Italy.

Scarponi is wily, has grinta, can climb and isn’t the world’s worst time tester.

He has some strong men at his disposal at Lampre; with the team able to play the Cunego card to keep the pressure off Scarponi. 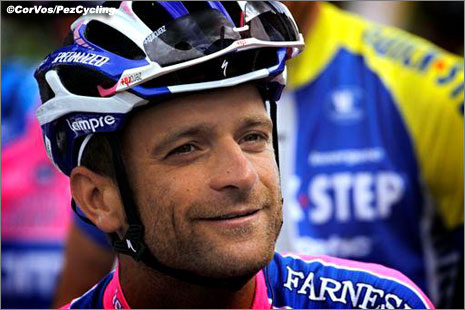 Michele Scarponi is the defending champion after Contador’s disqualification.

He’ll be keen to win the race fair and square so his motivation will be high.

His form has been slower than usual to come but his ride in Liege-Bastogne-Liege where he took eighth spot in a savage war of attrition suggests that he’s peaking perfectly.

Damiano Cunego (Italy & Lampre): Despite his top ten at the Tour in 2011 it seems unlikely that the little Italian can get back on to the podium.

But he can benefit from the fact that team mate Scarponi will be a marked man. 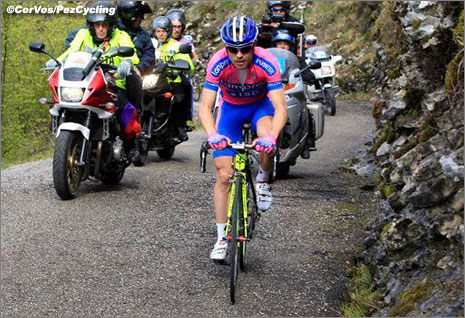 Ivan Basso (Italy & Liquigas): Despite his legendary dedication and capacity for hard work there comes a time when the body starts to say, ‘enough!’

And fate – being as cruel as it is – usually conspires to throw in another crash or virus at the worst possible time.

Perhaps Basso will surprise us, but he’s displayed no form this year and fairy stories are in short supply in the Alps and Dolomites.

It’s unlikely he can make the podium – despite the excellent squadra he has at his disposal.

The Liquigas binary weapon – Saganibali – isn’t being deployed until July, so at least there’ll be no politics for him to worry about. 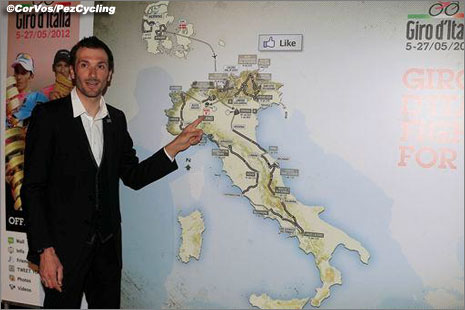 John Gadret (France & AG2R): With stellar power to weight ratio and undisputed team leadership, Gadret is a real danger man in the mountains.

He moved up to third in the 2011 race after Contador was declassed and has ridden strongly in the Giro in the past.

Despite the fact that his flyweight build will cost him time in the team and individual time trials, a podium is well possible. 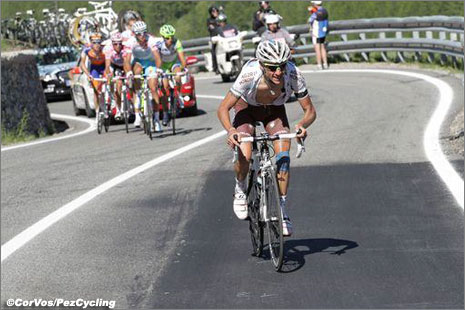 Roman Kreuziger (Slovakia & Astana): It’s hard to discern sometimes in a stage race if a rider is simply not going well or is nursing his form.

So far, this year, it’s looked like the latter for Kreuziger, albeit his time trialling still needs work.

Astana’s recent performances in the Ardennes speak volumes about the team’s abilities and the former world junior road race champion won’t be short of support.

A podium is realistic. 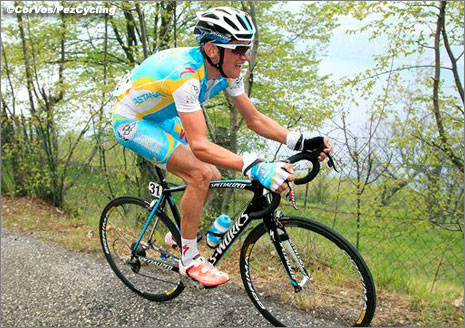 Domenico Pozzovivo (Italy & Colnago): Last year was break though year for 29 year-old who could pass for 14, with a string of strong placings including sixth in Lombardia.

This year he’s grabbed the Giro del Trentino and has to be looked at seriously, although his chances will be affected by the fact that his team will have to hedge their bets and work for fast man Modolo on the flat stages. 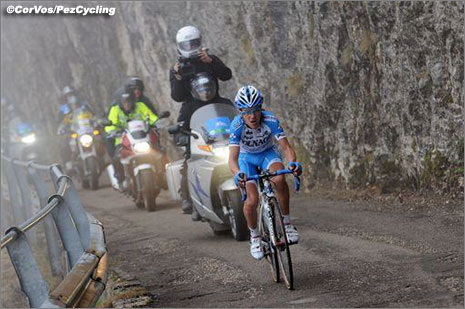 Joaquim Rodriguez (Spain & Katusha): When the gradient percentages start with the digit ‘2’ he’s the man.

There will be no shortage of opportunities for him to stretch his climbing legs, his morale will be strong after his Fleche Wallonne win and the Katusha boys are the hardest of the hard.

It’s hard to see him winning, but a podium is just about possible for this hugely experienced Catalan. 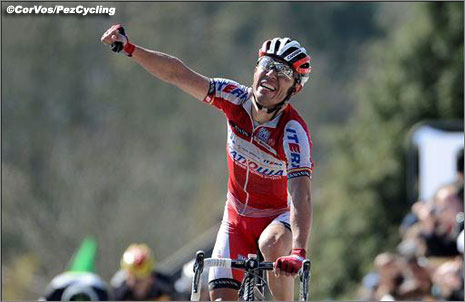 Frank Schleck (Luxembourg & Radio Shack): Some say he can win, but it’s hard to see what that’s based on.

There was no display of form in the Ardennes and the vibe from the team isn’t one of strength and unity.

He’s already expressed his ‘surprise’ at his selection – maybe he’ll surprise us? 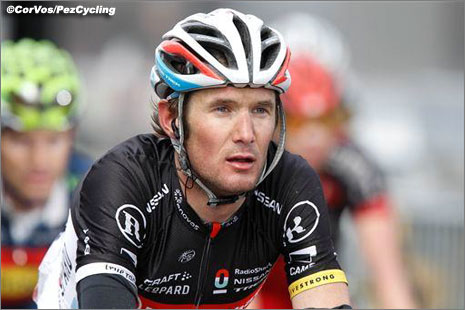 Ryder Hesjedal (Canada & Garmin): The big Canadian’s run in to the Giro has been good – a long, slow build up from the Tour Down Under but with flashes of real quality in the Ardennes races.

His build and strong team mean he won’t be at sea in those Danish cross winds and the TTT could be his springboard to the pink jersey.

He’s been top ten in le Tour and a repeat placing is possible – but maybe the podium is a wee bit too optimistic. 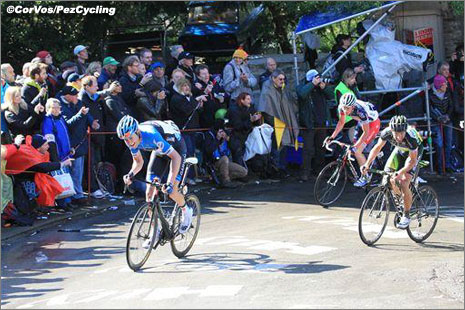 And he won’t be far away in that last chrono. 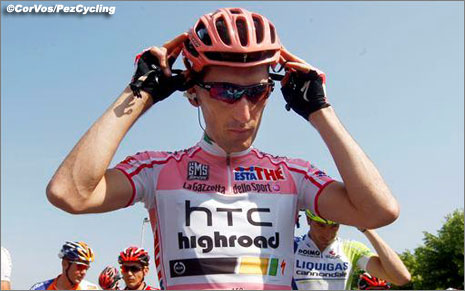 Will we have Cobo or a Froome?

It’s unlikely – the Vuelta comes late and form and motivation are much less solid comes the autumn.

There could be surprises in the mountains and men like Jose Rujano (Venezuela & Androni) will win stages.

But it’s the whole which must be observed, Danish cross winds, the team time trial, those seemingly innocuous but long, hot, flat, strength draining sprinter stages, the final chrono – and as Dario Cioni always says; ‘a Grand Tour is won in the final week.’

It all points to Scarponi for us.