Race Report: Stage 16 could be the day that Simon Yates (Mitchelton-Scott) won the 2018 Giro d’Italia with his 22nd place in the 34.2 kilometer individual time trial. His finishing position wasn’t important, but his one minute and fifteen-second loss to World time trial champion, Tom Dumoulin (Sunweb) keeps him in the pink jersey by 56 seconds with one hilly and three mountain stages to come before the finish in Rome on Sunday. 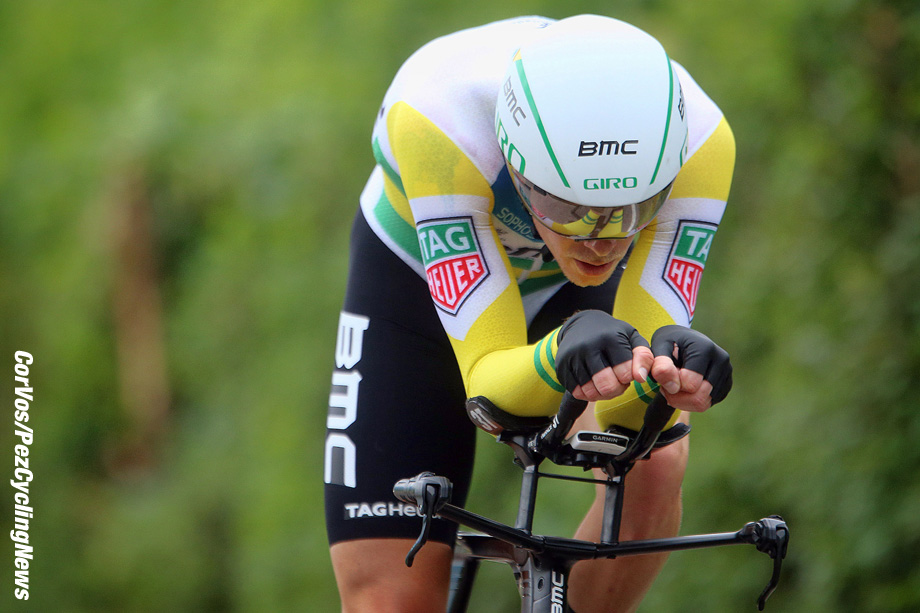 Rohan Dennis (BMC) took the stage victory in Rovereto with a time of 40:40, taking fourteen-seconds out of Tony Martin (Katusha-Alpecin) and twenty-two from Dumoulin. The Australian champion lead through all the time checks. 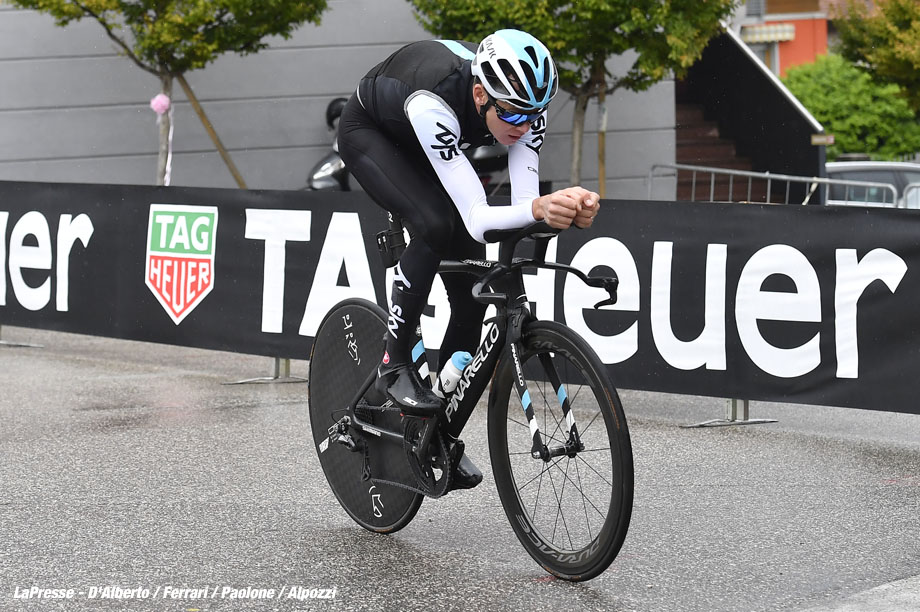 Chris Froome has a look at the course before the start

Un-known for his skill against the clock, Domenico Pozzovivo (Bahrain Merida) did enough to hold his third place overall at 3:11, while Chris Froome (Sky) moved into fourth with his fifth place ride, finishing thirty-five seconds down on Dennis. 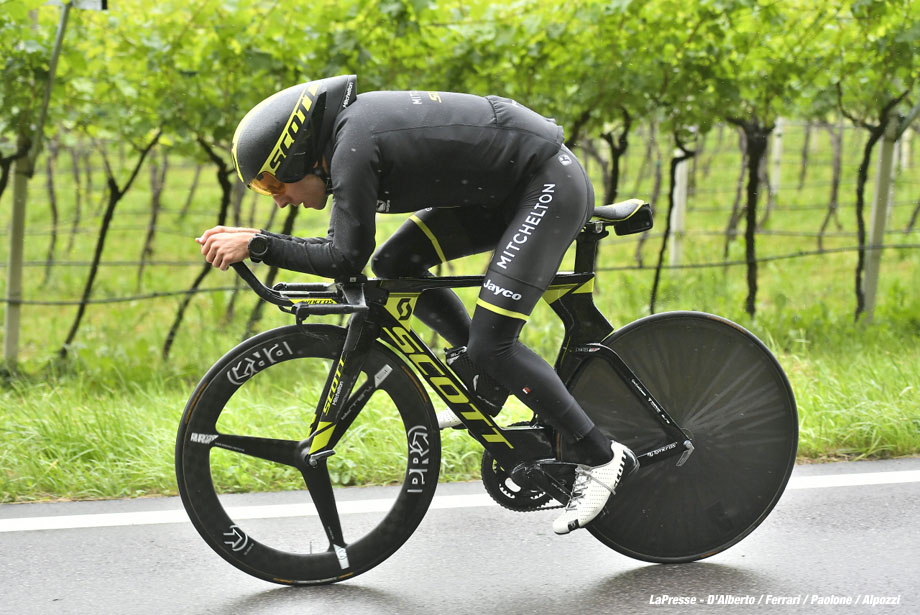 Simon Yates on his warm up

The ITT starts and finishes within urban areas. The route is bumpy, and the central part along the Adige river is mainly straight. Starting in Trento (Piazza del Duomo), the route encounters stretches of cobblestones, followed by roundabouts and traffic islands. The stage travels on wide, well-paved and mostly straight streets (with just a few bends); the roadway only narrows at points while crossing urban areas. Before the second timekeeping point, there is a short climb followed by a short descent and a technical bend, leading back onto straight roads all the way to the finish. 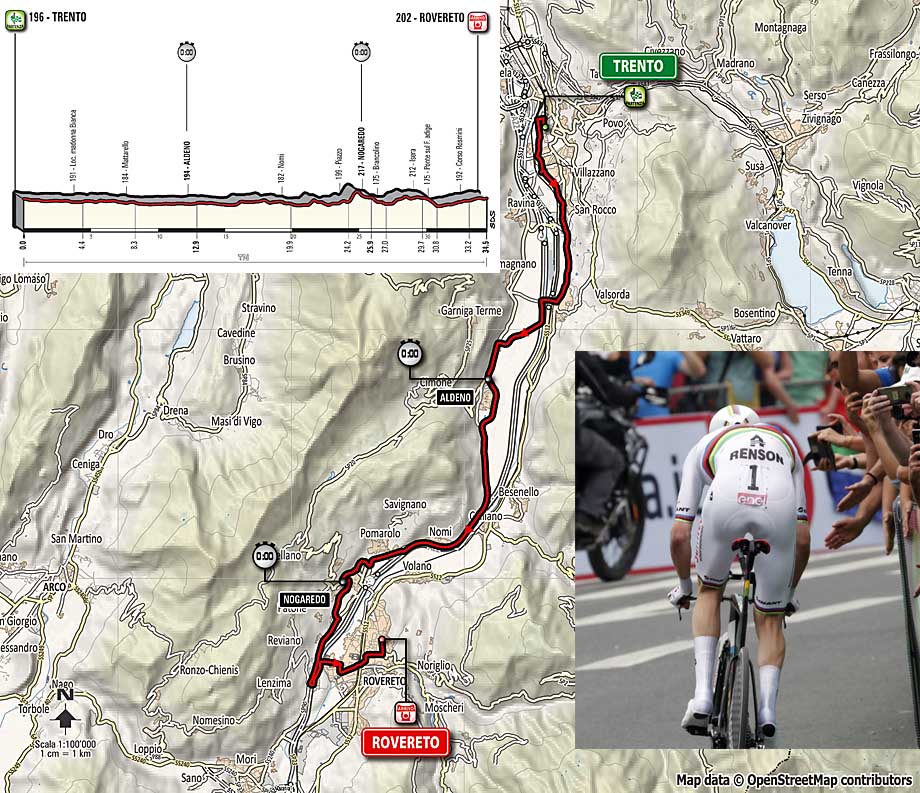 Final kilometers
The route rolls past the Adige river and reaches Rovereto. The roads are narrower here, and a number of 90-degree bends lead into wider avenues, heading for the finish. The home straight (570m) is on 6.5m-wide asphalt road. 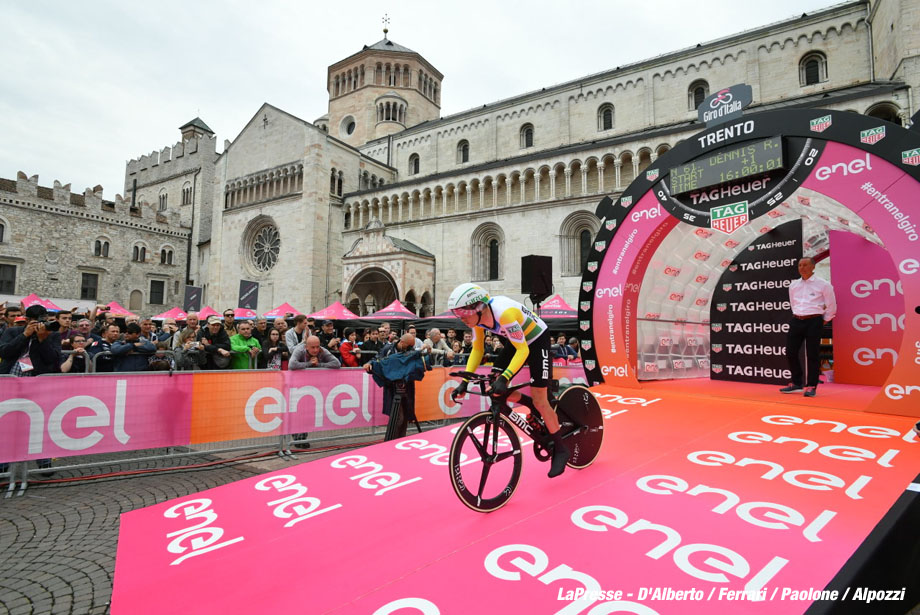 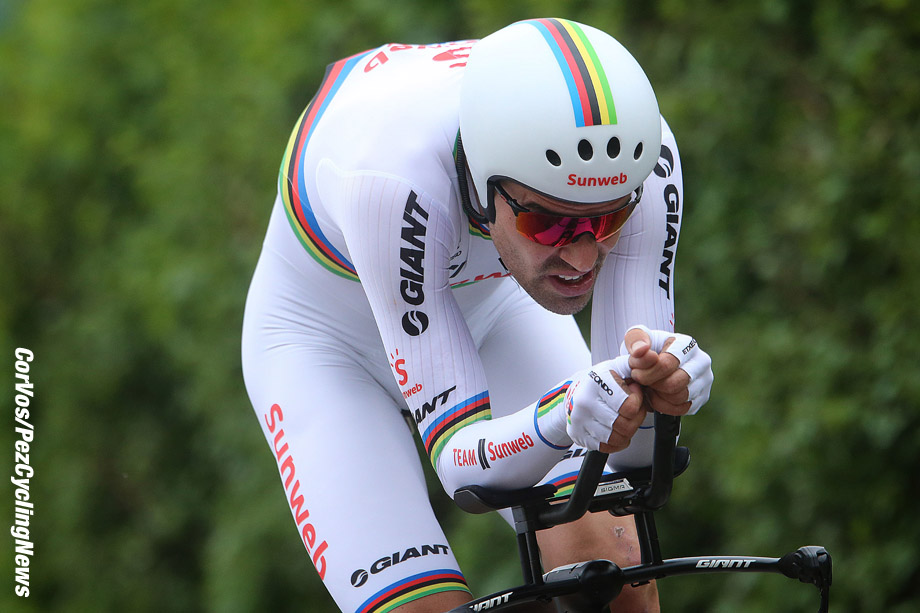 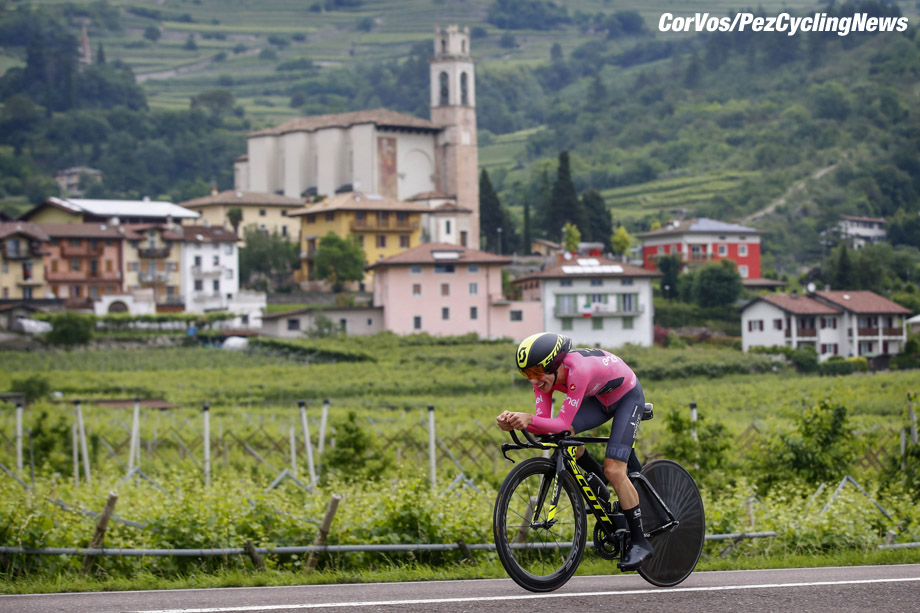 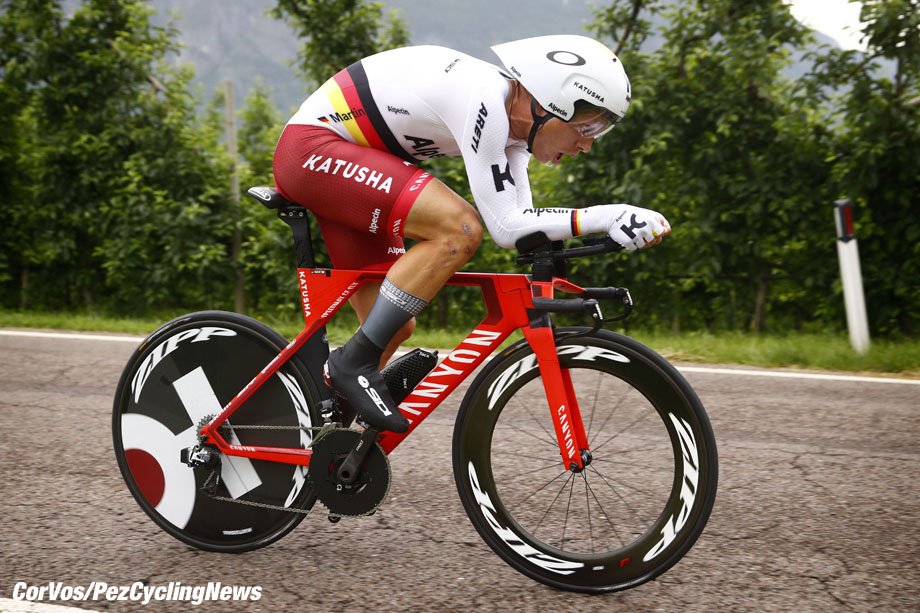 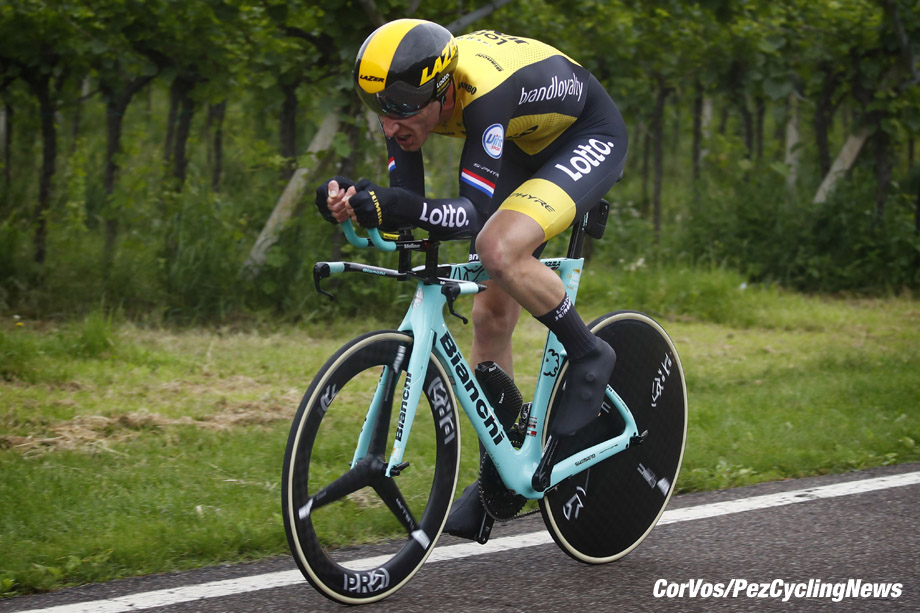 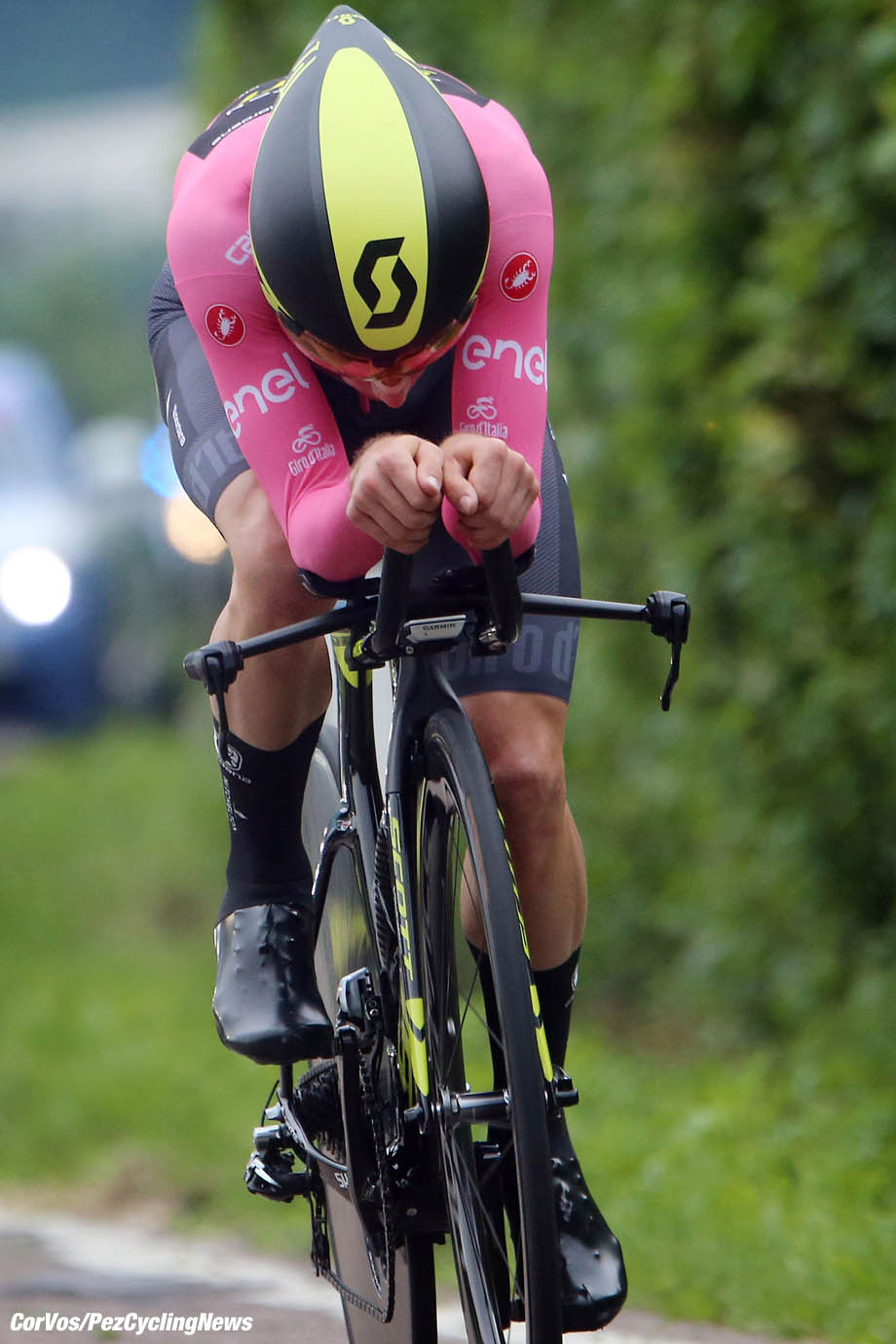 Stage winner, Rohan Dennis (BMC): “It’s pretty good to beat time-triallists like Tony Martin and Tom Dumoulin. I came to the Giro to win a stage. I was hoping for Jerusalem to be that one. This stage was a big target for me as well. To win here and jump back in the top 10 is a big day for me.” 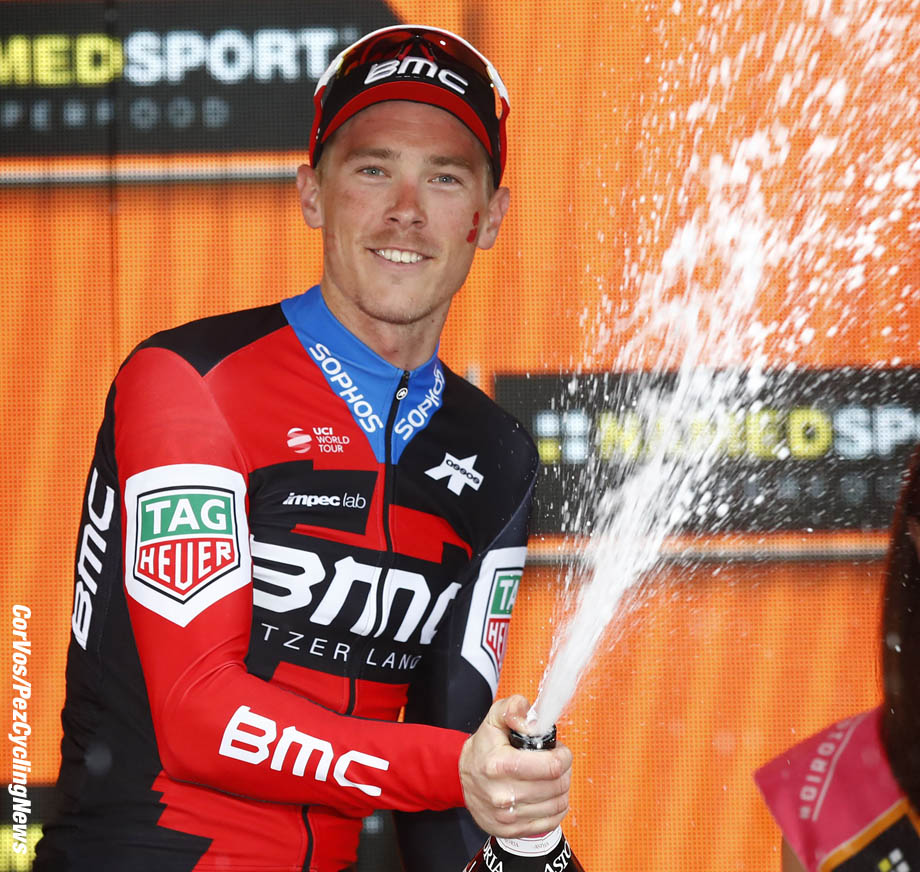 Overall leader, Simon Yates (Mitchelton-Scott): “I’m really happy. I felt good in the first half. I had a good rhythm. I was trying to hold on to my position. But I died in the final 10 kilometers. Being in the lead after the time trial changes my tactics for the remaining stages. Unfortunately for the fans, I might be more defensive. I’d like to have a bigger gap but I’m very satisfied with where I stand now.” 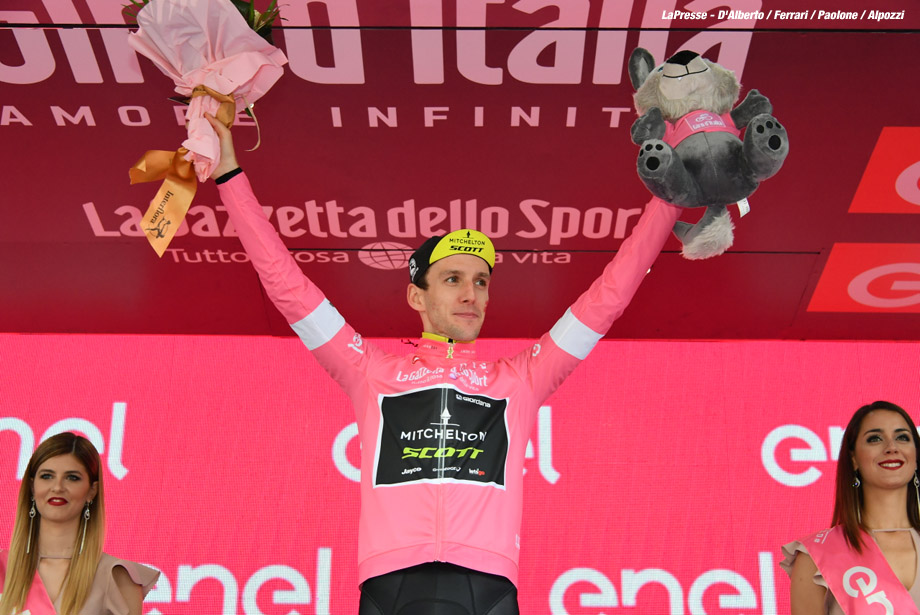