The Axeon Hagens Berman Cycling Team rider now holds an 18-second advantage over Hugo Houle of the Canadian National Team after picking up a seven-second time bonus for his runner-up finish on the second of two stages Friday. In third overall is Robin Carpenter (Holowesko-Citadel presented by Hincapie Sportswear), 48 seconds back.

“The race was unbelievable,” Daniel said. “It was like a full WorldTour team lead-out the entire night. As soon as the break was established, our entire team went to the front to hold it at a close distance. I pretty much had to do nothing until the last 150 meters. I don’t know how I am going to repay these guys. I can’t tell you how unselfishly they are riding. I am very honored to have them riding so well.”

Throughout the 78-kilometer race that comprised four laps of a lumpy circuit, the entirety of the Axeon Hagens Berman squad was at the front of the peloton, throttling the gap to the 11-rider breakaway. 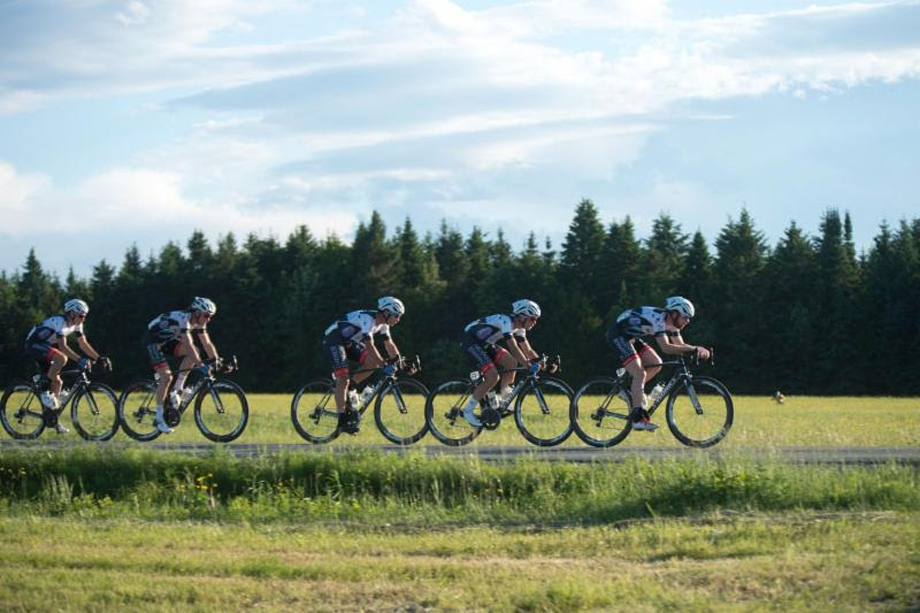 Daniel and his teammates had to safely navigate two danger points in the closing kilometers. One – a narrow bridge – was expected. The other, not so much.

“We came into a corner and all of a sudden there was wet cow poop everywhere,” Daniel said. “That was sketchy. We were going into it and the Lupus Racing Team was on the right and Holowesko-Citadel was on our left. I moved right to kind of cut them off so our train was not pushed out and disorganized. But I feared that we might all slide out on that.”

Approaching the bridge, Neilson Powless – winner of the morning’s individual time trial – set a fierce pace at the front leading into the uphill finish.

“After Neilson pulled off, it was just Logan and me,” Daniel said. “Holowesko-Citadel was leading out but going into the last left-hand bend, Logan ripped it and we blew past the lead-out trains. The stage winner, Michael Rice (Garneau Quebeco-GQC), was on my wheel and the three of us got a gap over the rest of the field because Logan hit it so fast. Michael had a good jump on me and I couldn’t quite get to the finish line in first.”

In addition to holding down the race lead since his runner-up finish on Stage 2 on Thursday, Daniel also continues to top the points classification and “best young rider” standings.

The 21-year-old from Sylva, North Carolina, said he is taking a “day-by-day, kilometer-by-kilometer” approach to the two remaining stages. Saturday is a 70-kilometer criterium at Ville de Québec consisting of 35 laps of a two-kilometer circuit. Sunday’s finale is a 122.4-km race on 12 laps of a 10.2-km circuit.

“I am thinking about what we can do to hopefully save riders and save the team as much as possible,” Daniel said. “That way, the guys stay relatively rested for when I need them. I am also trying to stay fresh because at some point, I might have to defend the jersey myself.” 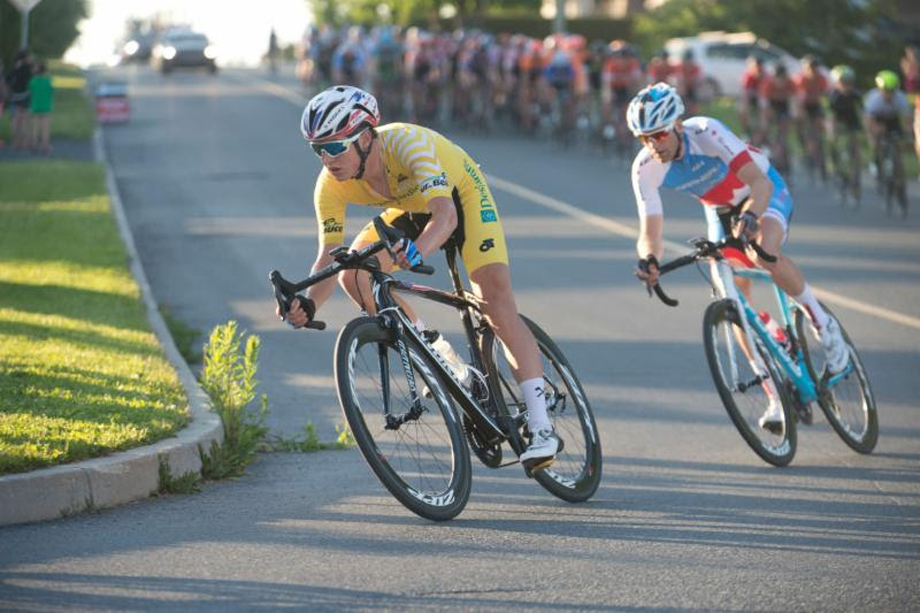 Reigning U.S. national road champion Greg Daniel has led the race since his runner-up finish on Stage 2 on Thursday. (Photo ©Casey B. Gibson.)