Boels-Dolmans were the fastest team, winning on the 42,5km with a time of 51 minutes 43 seconds. Cervélo Bigla trailed by 36 seconds with Rabo-Liv third, a further one minute sixteen seconds adrift.

Cervélo Bigla were the first team to start the Swedish event at 17:30. The first split came at 16,4km. The team set a time of 19’18” which was good enough to remain the fastest time for the entire day. By the second check point (32km), Boels-Dolmans had made up time and led Cervélo Bigla by 39 seconds.

“We arrived last Sunday because this is one of the most important events for us of the year,” Team Manager, Thomas Campana explained.

“We have a major sponsor in Cervélo who makes the fastest bikes in the world and we have to commit on these high expectations. From Monday morning we trained on the course.”

“Unfortunately, we got the first starting spot of the day so we had to go all or nothing. It was important to put pressure at the first split with a good time and that worked well,” Campana continued.

He explained why the performance by the team was even more impressive. “The girls were amazing.

Unfortunately, we lost Nicole [Hanselmann] after 7 kilometres and Lisa [Klein] had some problems but she stayed until there were 4 girls left at the 25 kilometre mark so they did an amazing job. We are very happy to come from fourth last year to second this year so we are on the right trajectory. We want to be a leading TTT team and this is a good base to work on for next year.”

The team now turns it attention to the Crescent Women World Cup Vargarda road race on Sunday which is also a UCI WorldTour event, the highest category in women’s cycling. The race will total 141 kilometres. 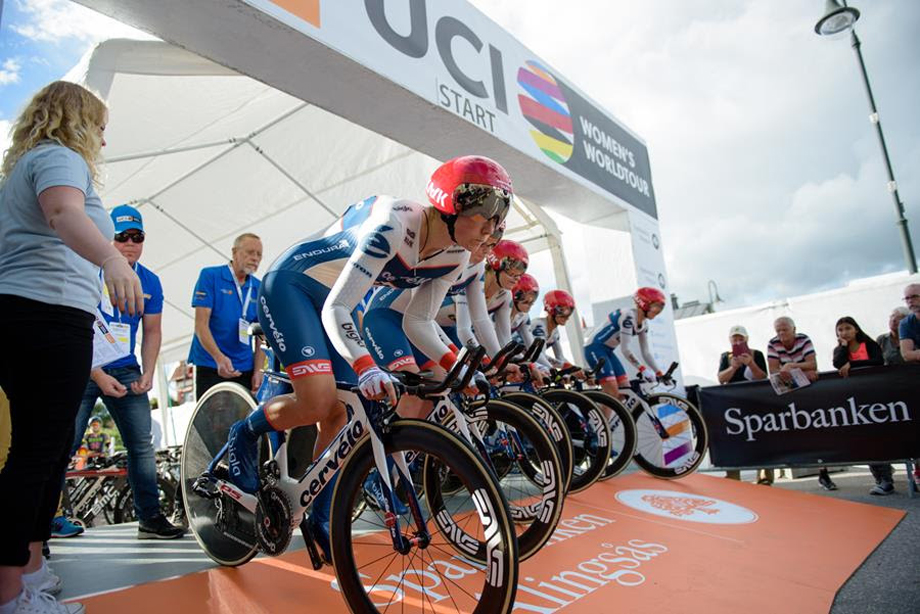