Joyce 4th with 1 Day of Alberta To Go

On the strength of an 11th-place finish in Sunday’s individual time trial, Colin Joyce stayed within striking distance of a spot on the final podium with one day to go of the Tour of Alberta presented by ATB Financial.

The Axeon Hagens Berman Cycling Team rider is in fourth overall, 22 seconds back of new race leader Robin Carpenter (Holowesko-Citadel Racing Team presented by Hincapie Sportswear). Joyce is 15 seconds behind the rider in third while remaining the leader in the “best young rider” standings. 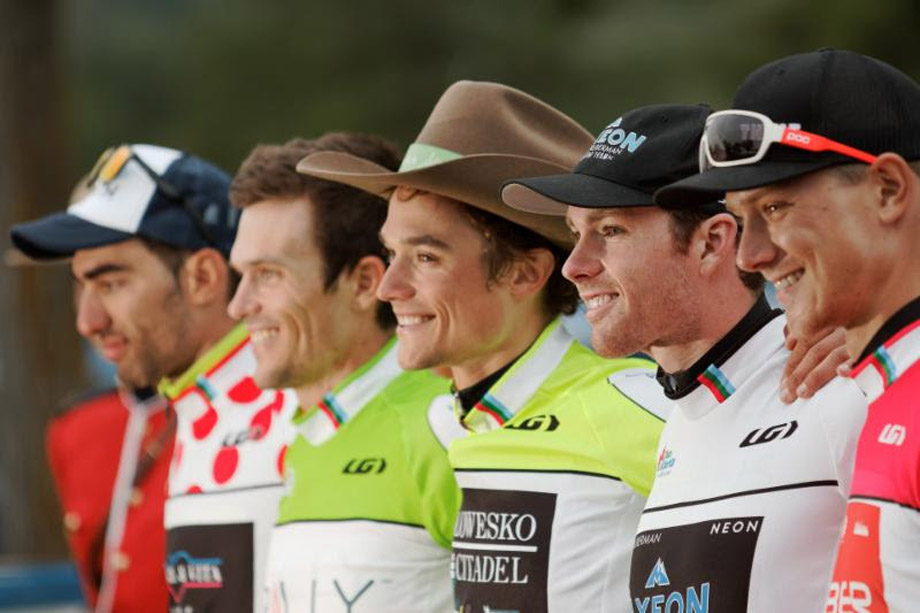 Colin Joyce (second from right) kept his lead in the Tour of Alberta’s best young rider standings and is fourth in the overall standings. (Davey Wilson photo.)

Defending Tour of Alberta champion Bauke Mollema (Trek-Segafredo) won the 12.1-kilometer race against the clock in 14:44. Carpenter’s teammate, Andzs Flaksis, was second, nine seconds slower. Carpenter finished third, at 16 seconds, and became the third rider in three days to pull on the leader’s yellow jersey. He leads Mollema by one second and Evan Huffman (Rally Cycling) by seven.

Joyce, winner of Stage 1 Thursday and wearer of the leader’s jersey for two stages, said he was satisfied with his result.

“I am not really known as a time trialist, so it was nice to have a solid ride,” the 22-year-old said. “I lost a spot on the general classification but I can’t let it bother me. All the guys who are in front of me are really respected and really good riders. So I am pretty happy with my result, actually.”

Tyler Williams was fastest for Axeon Hagens Berman on the day. The 21-year-old Santa Rosa, resident powered his Specialized S-Works Tarmac to an eighth-place finish. Time trial bicycles and aerodynamic equipment were not permitted.

“It was a pretty solid course for me – pure power,” Williams said. “My form is better every day and I am recovering well, so I knew I was capable of a good ride. I maybe surprised myself a bit but it is nice to be riding to my true capabilities at the moment. Even though I didn’t do too much work in the break yesterday, it was a huge day and a lot of energy was used especially in the final hour. So I maybe was a little more tired then I otherwise would have been. But honestly, I am really pleased with this ride.”

Monday’s final stage is 11 laps of a hilly circuit race through the streets of Edmonton. Does Joyce believe the 124.1-km race can shake up the top of the overall standings in his favor?

“I would not rule anything out,” he said. “It is going to be a really hard course. It will blow up for sure and I hope to be up there and maybe move up.” 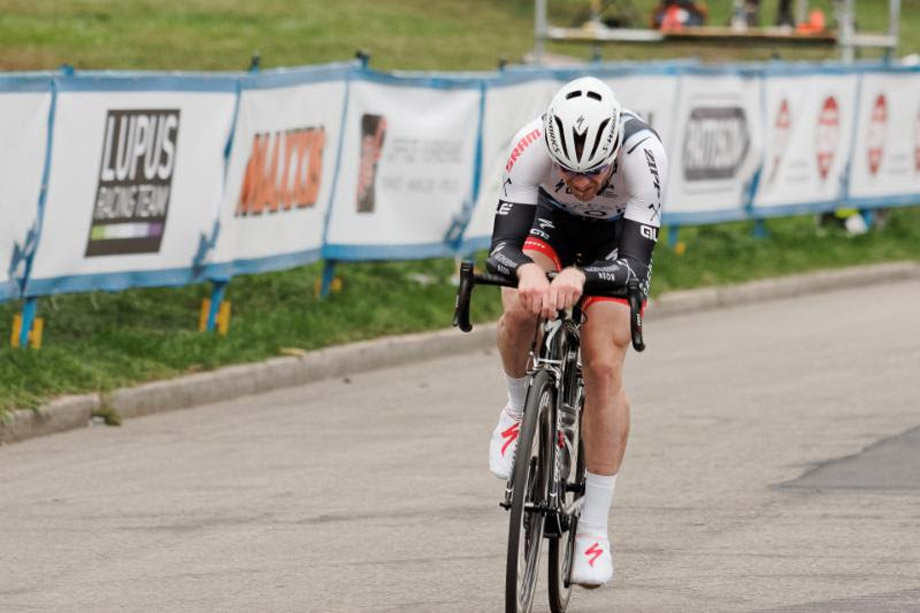